I have to admit, it made for a humorous start to our first big bikepacking trip. Only a few hundred yards into the ride, my friend Greg and I were both slumped over our handlebars, our chests heaving uncontrollably as we struggled to breath between nervous laughs. We had a long way to go, 75 miles in fact, and with the car still in sight we had already come to a full stop. In all fairness, the altitude was a contributor, but it was our overly enthusiastic start that unraveled us so quickly. We were perhaps––a little excited.

Although both experienced mountain bikers and long time backpackers, we had only recently thought to combine the two pursuits. This was 2008 and bikepacking was in its infancy with only a handful of riders comprising what can best be described as a niche community. There weren’t many resources to tap into for the nitty gritty how-to, so we just figured it out on our own. As we left Silverton for Durango by way of the Colorado Trail, we knew our first real bikepacking trip was going to be challenging. Little did we know just how challenging. 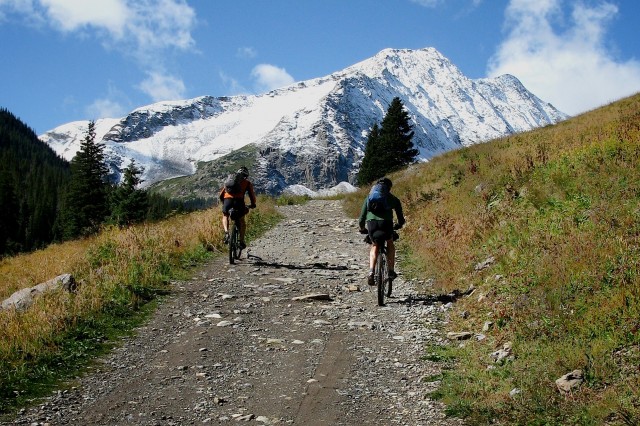 I wouldn’t classify our trip as a misadventure, but we did manage to fold in a certain degree of folly. Of our more significant blunders, the biggest may have been our choice of bikes––singlespeeds, and poorly geared singlespeeds at that. As we rolled onto the first section of singletrack, the seldom ridden Rico-Silverton trail, we quickly realized the consequences of our chosen gear ratios. I’d wager we managed to ride approximately one out of the first four miles, the rest too steep to be pedaled. As we slogged upward we quickly climbed into the fresh snow that had fallen the night before. Arriving at the first summit, our feet wet and numb as blocks of wood, we were nonetheless thrilled to find relatively dry trail on the southern aspects of the mountains.

It’s amazing how much can be learned in a short ride, and while we didn’t cover much more than a dozen miles that first day, it was edifying. While crossing a small stream, Greg learned not to accidentally throw his cycling shoe into the water lest it float away, almost never to be seen again. I learned that extra care must be given when pushing my bike as to not smack a shin on a pedal with enough force to make myself almost barf. And, as the sun sank behind the mountains, we both discovered just how crappy Lafuma sleeping bags are. The sounds of our chattering teeth were punctuated periodically with involuntary exclamations like, “Holy crap it’s cold.” Adding insult to injury that night, we became noxiously aware that dehydrated beef stew does not digest favorably, and subsequently two grown men can destroy the air inside a small tent. Much indeed was learned that day, and the following day had more in store. 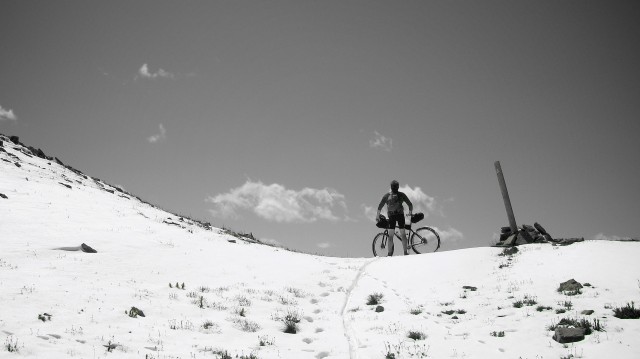 The second day was significantly better than the first and as the miles ticked by, we began to establish a rhythm. The pushing became just another part of forward progress and less defeating with every steep pitch. We paid closer attention to our intake of calories, aware that the onset of fatigue is something to avoid. As the sunlight began to wane, we settled in for another bone chilling night, this time deciding to warm by a fire before turning in. Needing another lesson to learn the hard way, I opted to slide into my sleeping bag with my cycling shorts on. It’s hard to describe that type of discomfort, but let’s just say, don’t sleep in your clammy chamois.

Waking up on the third day, we were both relieved to have been afforded at least some sleep during the night. We were either too exhausted to notice, or the second night was considerably warmer. After a quick review of the map, we took stock of our water supplies, of which we effectively had none. We would ride for over an hour before finding our next water source, and naturally, we filled our bottles forgetting to drink while we had the chance. As a result, we would again be low on water in short order, a tiny spring saving us from imminent dehydration. 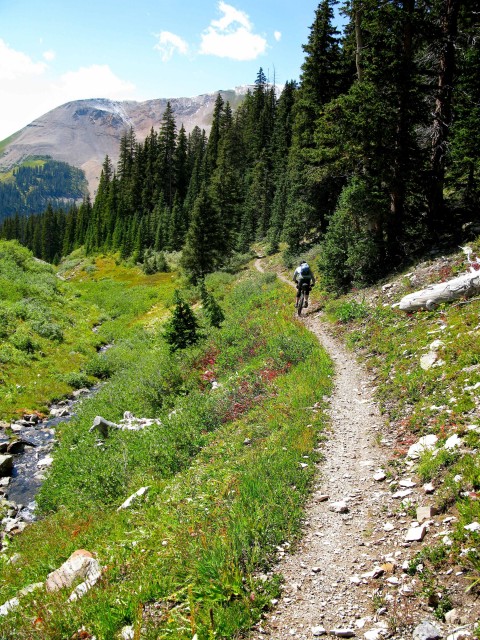 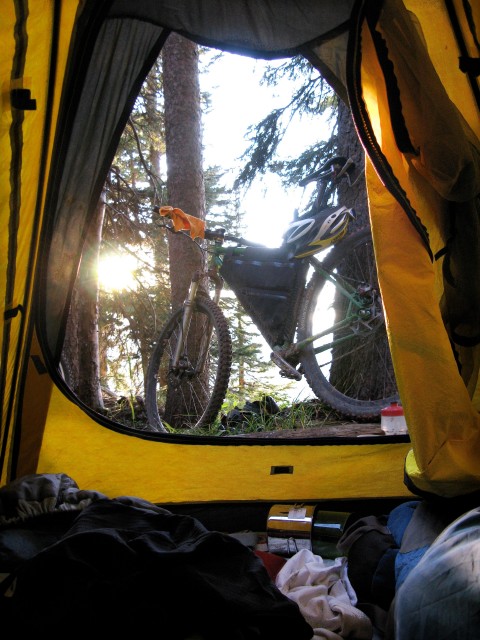 It was during this third day, we began to assess our situation, our food stores, and the remaining daylight. It was late afternoon, the sun was hovering just over the distant peaks. We rolled up to a sign at Kennebec Pass showing the distance to Durango as just 28 miles. We had already covered 25 miles for the day and a tough decision had to be made. We could chance another night of cold temps, foul tent air, and the prospect of running out of food, or we could hammer out the last 28 miles and have many delicious beers, slices of pizza, and sleep in a warm hotel room. I don’t know if we debated the options long, but the allure of beer must have been too compelling to refuse. We lowered our heads, kicked up our cadence, and made tracks for Durango.

Those last few hours on the Colorado Trail were a blur. To say we hammered at race-pace would be accurate. Risks were taken, bodies and bikes pushed to the limit. The black of night was fast approaching and all we had for lights were two less than excellent headlamps, of which only one worked. With the lights of Durango visible in the distance we continued to press on, faster, then faster. With the trail reduced to a faint suggestion in the darkness, I entered a switchback, felt a thwack on my helmet, and before I knew it I was on the ground. I had hit a tree branch, but fortunately not with my face. 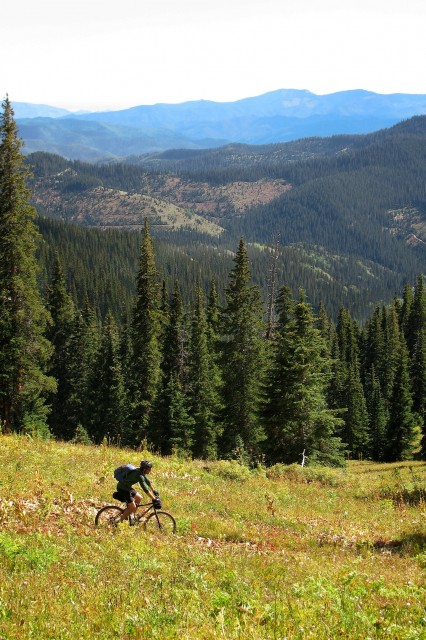 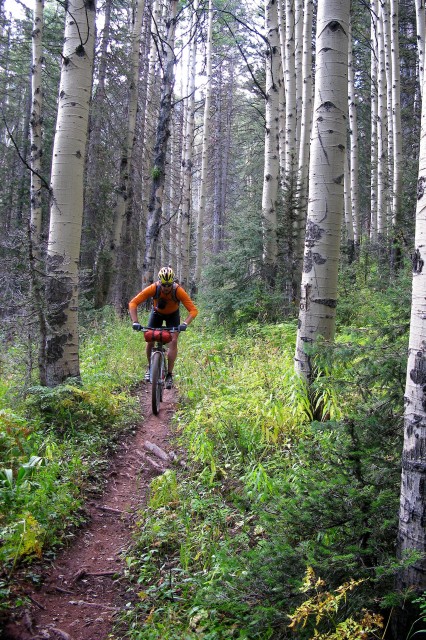 Rolling into the parking lot at the end of the Colorado Trail, our last day a big 48 mile suffer-fest, we gave each other a pat on the back, settled into the slow buzz of tires on pavement, and cruised the remaining few miles into town. We had by no means conquered the trail as we thought we would. We made many mistakes in our planning, gear selection, and judgment along the way, but all of those mishaps only added to the experience. In talking to many bikepackers, there first trips were filled with as many if not more goofs and gaffs. It is the misadventure that is often the most compelling. 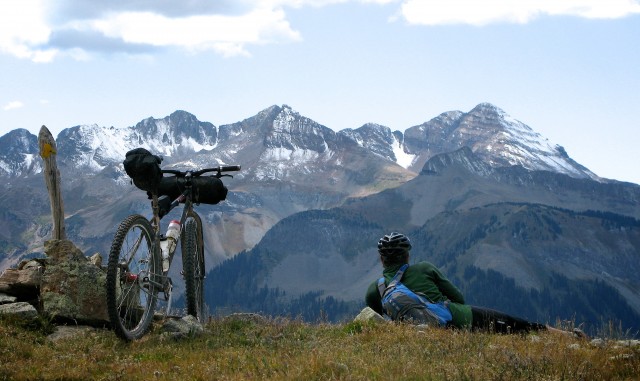 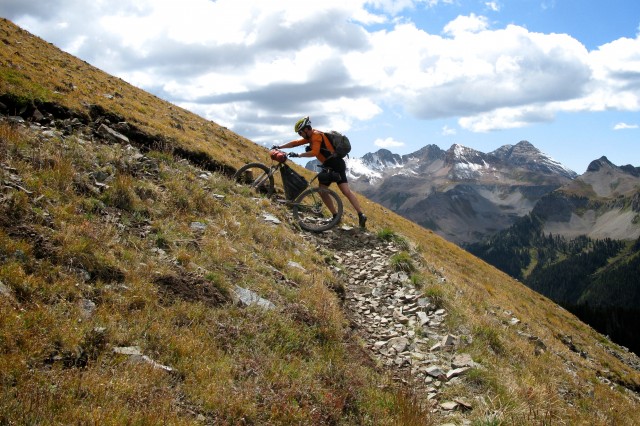 If you have an itch to go on your own bikepacking romp, and the only thing holding you back is the unknown and fear of setbacks, fear not. In the end, those are the things most remembered and serve as the lessons learned you’ll never need to learn twice. 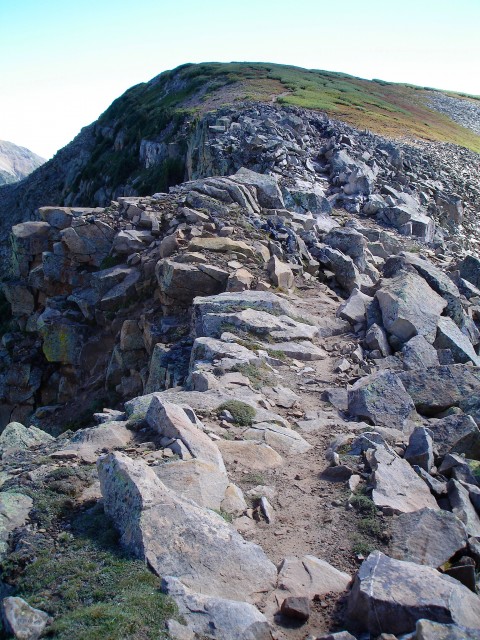 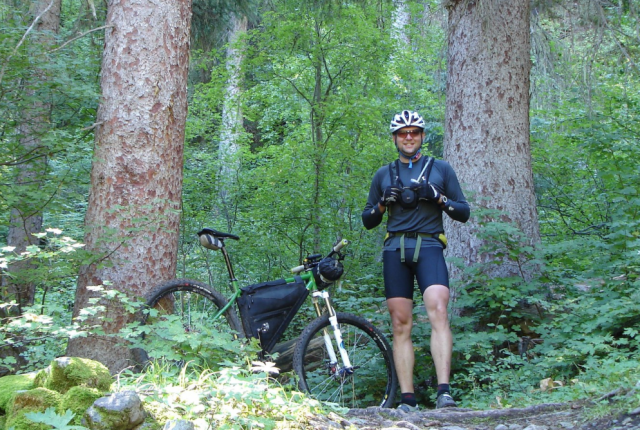 In 2010 I rode this segment of the CT again, solo on a singlespeed, this time with a smarter gear.

In the years since that first ride on the Colorado Trail in 2008, I have gone back to ride that section with nary a hiccup. The most recent trip was with Expedition Portal’s own Brian McVickers for his first attempt at bikepacking and the Colorado Trail. It’s a wonderful ride, not easy by any stretch of the imagination, but worth doing if you can muster the training time to get physically prepared. 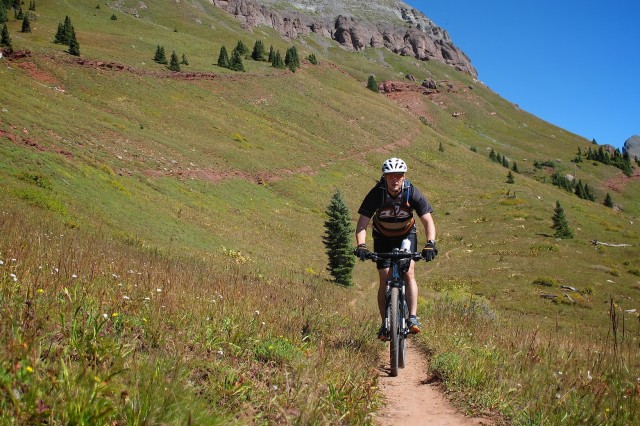 Brian tackled the CT like a beast. It wasn’t easy, but he proved that tenacity can overcome all.