We put our finger on the map, packed the car, and left the UK on a rainy Thursday evening. Not the most memorable start to an adventure, but after spending the previous two weeks converting the inside of our Land Rover Defender from a tired utility truck into a home on wheels, we couldn’t wait to hit the road.

But we only managed to drive 500 kilometres before we hit a pothole and were struck by an almost uncontrollable “death wobble.” After managing to gain control, we eventually limped our way to the nearest garage that was more than happy to help us put the vehicle back together.

After eight hours of replacing bearings, seals, bushes, and rods, we turned the key and continued heading north in search of oceans and snow-capped mountains, making sure to give any potholes a wide berth whenever we saw them. 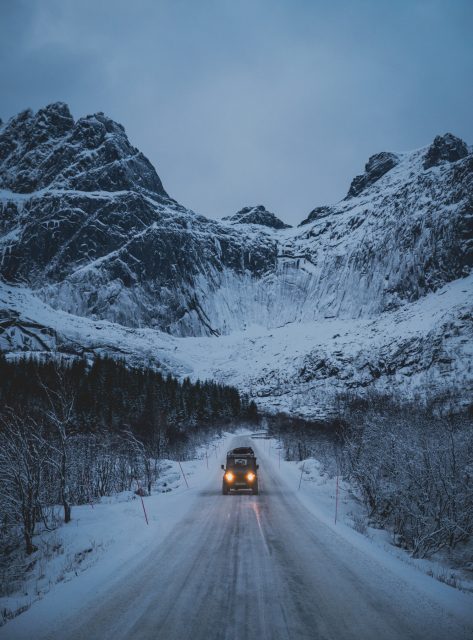 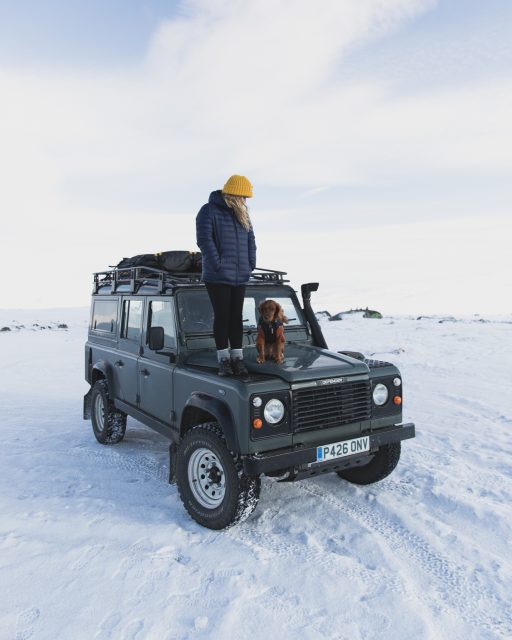 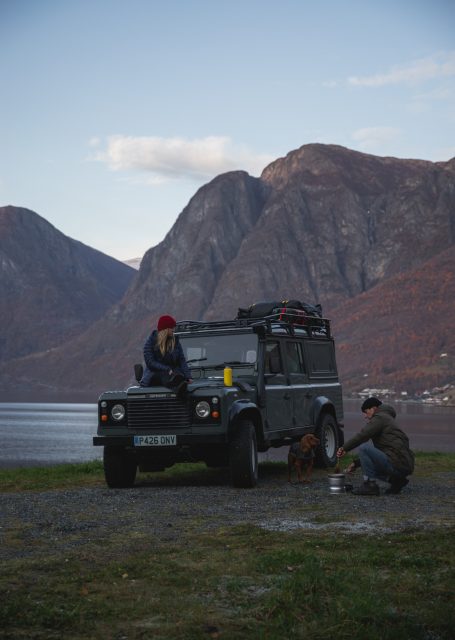 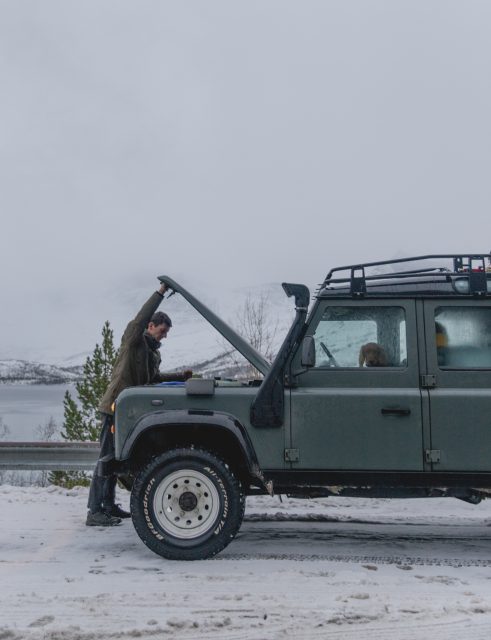 Before long, we’d made our way up to Bergen and explored around the endless Norwegian Fjords, discovering hidden tracks and beaches. Had we more time, we’d have happily stayed in this area for much longer. But with winter fast approaching and temperatures dropping across Norway, we wanted to reach the Arctic Circle before the roads became completely covered in ice.

Norway was experiencing one of the snowiest and coldest Octobers in almost 20 years, and we were caught right in the middle of it all as we made our way through Saltfjellet, which marked the point when we entered the Arctic Circle. 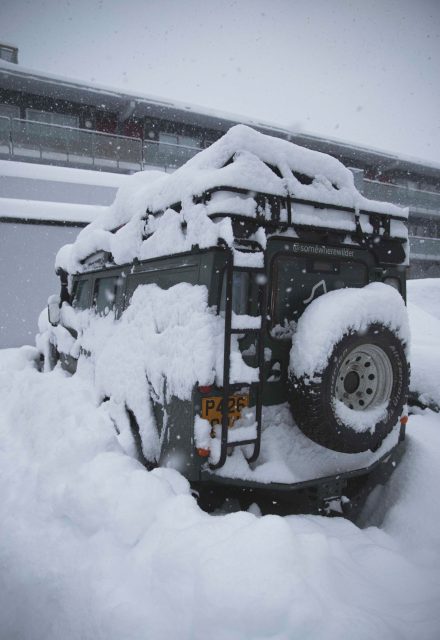 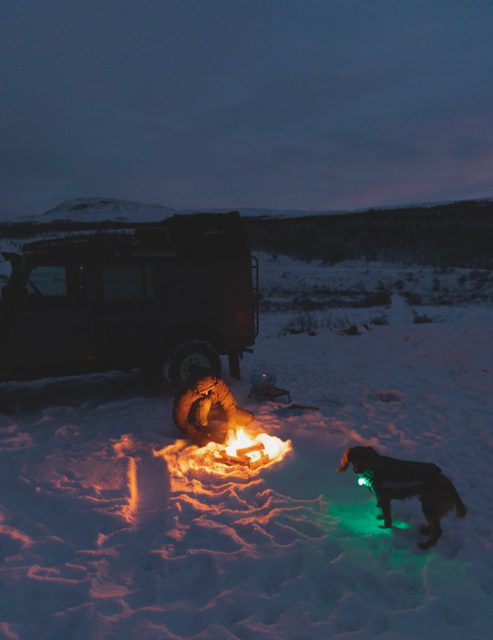 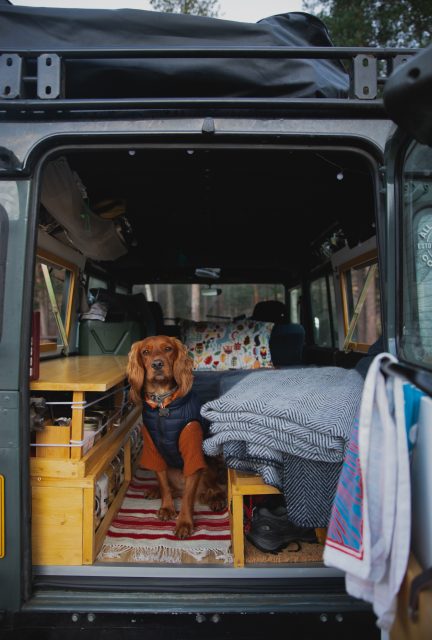 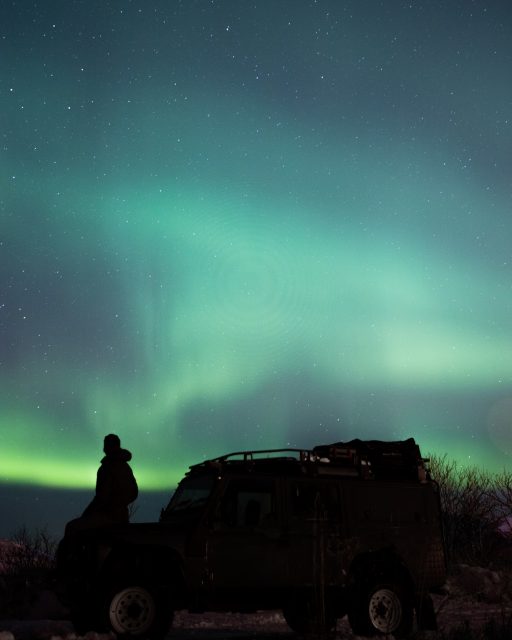 When we built out the interior of the Defender, we’d made a last-minute decision to install a small diesel heater to help us stay warm during the coldest nights when temperatures would drop to -16°C. Without this, we would have been forced to head south sooner than we planned because of the bitter cold that made its way through the panel gaps around the Land Rover.

After three weeks of driving, we finally made it to the most photographed place in Norway, surrounded by dramatic cliffs. Despite the mechanical nightmare at the start of the trip, and the icy roads that tried to force us to turn around, we discovered an incredible landscape that taught us just how far our Land Rover could take us—and challenged us to make it back in one piece. 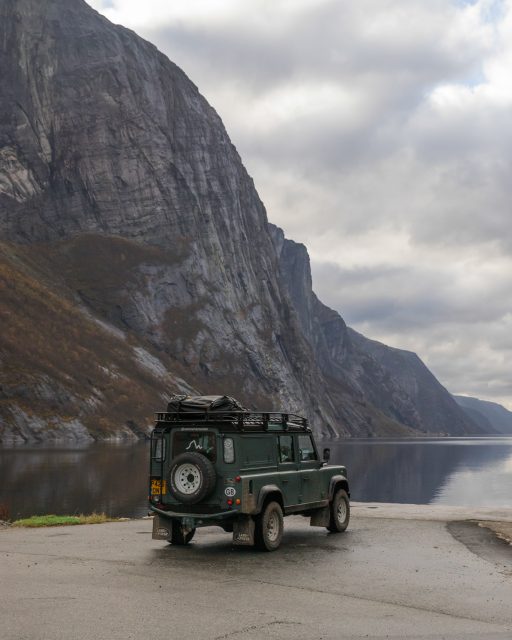 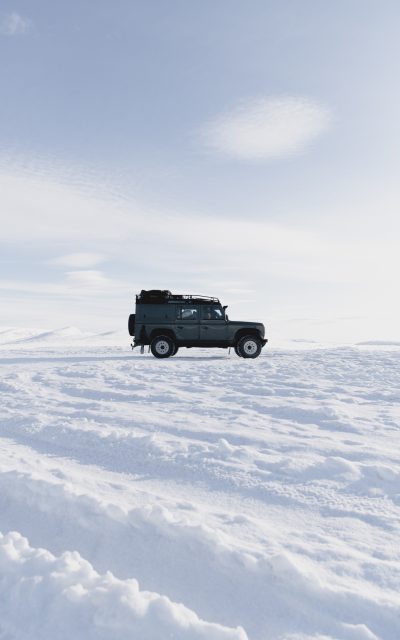 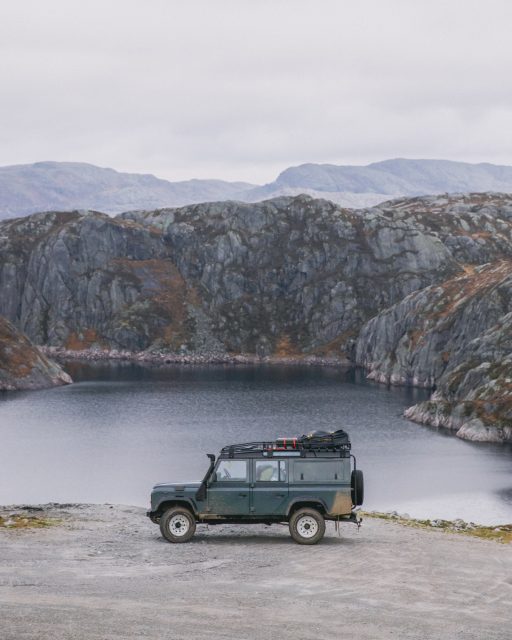 Frida and Leo are UK-based photographers and designers, who fell in love with road-trip adventures during a year-long tour around New Zealand and Australia. As soon as they returned to the UK, they bought a 1997 Land Rover Defender with the plans to convert it into a home on wheels that could take them around the world. After a series of trips around the UK and a winter expedition through Scandinavia, they are now back planning their next trip and doing some long overdue maintenance on the camper. When they’re not replacing gaskets or fixing turbos, you can find them on @somewherewilder and on their blog at somewherewilder.com.