We hadn’t planned on going to Silver City. Heading to Boise up Hwy. 95, the easy way, was what we had in mind. But there we were in tiny, little Jordan Valley, Oregon, having lunch at a diner three miles from the Idaho border, when I spotted the above photo on the wall. I had a feeling this was going to be good. “Do you know how long it takes to get to Silver City?” I asked our waitress to no avail. She hadn’t heard me.

“At least an hour,” answered the woman at the counter. “How are you planning on getting there?” I pointed out the window at my Mitsubishi Montero, with its Hi-Lift jack and bull-bar front bumper. “With that.”

“That should work,” she said. I wouldn’t take a normal car though.”

“But don’t go in the rain,” our waitress then chimed in. “The road gets real greasy.”

I looked at my girlfriend, Natalie. She was feeling a little under nourished from her iceberg salad—southeastern Oregon hadn’t provided many options for my favorite vegetarian—and was eager to get to Boise. Despite a craving for Thai food, she said she was game and soon we were on a dirt road headed out of town.

We crossed the state line and at once the sagebrush landscape folded into rolling hills. I stopped to air down the tires, noticed the dark sky and storm clouds pushing up the valley behind us and looked at Natalie again. “Tell me, if you think this is a bad idea.” An hour of unknown dirt road lay in front of us and already the raindrops were falling. “It’s your call,” she said, not wanting to play into my self doubt. I had packed enough chains and recovery gear to unstick a semi. A quick check with my intuition provided the answer: All Systems Go. We were off to Silver City.

For our first foray into Idaho, the road proved gorgeous and the rain abated. We passed old buildings in various states of collapse, beautiful birches wearing their best Fall colors, and, amazingly, a beaver dam, which happened to be on Natalie’s “must see” list. It was an easy dirt track with a few ruts. Nothing serious. In fact, we noted that the “no normal cars” dictum had its detractors as a 4-door Saturn bounced past.

Silver City popped into existence in 1864 and rode its namesake-precious-metal rush to prosperity. By 1866 it became the county seat, attracting the Idaho Hotel. Literally. They moved it up the road from then-nearby Ruby City, as moving buildings seemed to have been in vogue back then. By 1874 it boasted both Idaho’s first telegraph as well as its first newspaper The Idaho Avalanche, which went on to become one of the most highly regarded in the West. By the 1880s it had grown into one of the Idaho Territory’s major cities, home to about 2,500 eager souls. Boise wouldn’t match its size for another decade. As the mines played out, however, growth came to an abrupt halt. In the 1890s, as Boise grew, Silver City’s star began to fade and it entered a period of slow, steady decline. By the time we rolled up to the front porch of the Idaho Hotel 120 years later, it looked like the 20th century had never even happened.

Walking into the hotel’s saloon was like walking through a time warp. Gas lamps hung from seemingly every spot in the ceiling. A huge wooden bar graced one wall. Old tables and chairs stood in a row across the creaking wooden floor awaiting guests as they had for over a century. A six-foot-tall wood stove presided over the center of the room. “What can I get you two? Tea and pie?” asked the woman from behind the bar. We were more in the mood for a couple of frosty beers after our one-hour-plus drive through the old west but the tea and homemade pie hit the spot.

Luckily, we made it right before they closed—for the season. They wrap things up in mid-October before the snow piles up, and at 6200 ft. elevation, they get their share. We finished up our pie and had a peek around town, which seemed to be sprucing itself up for a comeback. The schoolhouse wore fresh paint. The church looked be in good order; many of the tidy looking cabins displayed neatly stacked cords of firewood; some of the storefronts sported recent renovations.

Our curiosity satisfied and with smiles on our faces, we headed down the even easier rode to Murphy and on to Silver City’s one-time smaller rival, Boise. Once there, we checked in to a hotel and managed to get some dinner at a nearby Thai restaurant before the kitchen closed. Natalie, still hungry from southeastern Oregon, promptly dove in.

More photos from Silver City below. For a map, a video, and a downloadable .gpx file to use with your GPS device, click here. Hurry up and go before it snows! 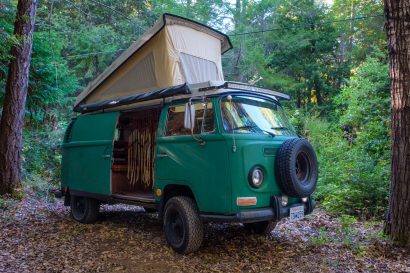 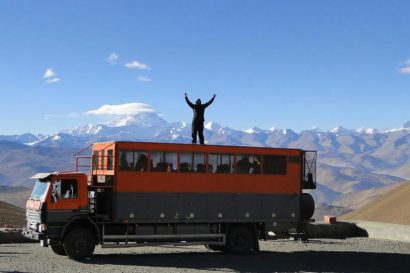 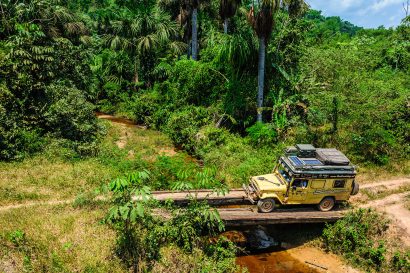