The SEMA Businesswomen’s Network (SBN) unveiled an all-female Bronco build at this year’s SEMA Show in Las Vegas, Nevada. More than 125 female volunteers from all facets of the industry worked on the build, including its unveiling. Volunteers were of various cultural backgrounds, representing both US coasts and Canada, and included veterans, students, mother-daughter and granddaughter duos, as well as automotive technicians, race car drivers, and award-winning car-building sisters. Over 20 women on the team were either CEOs or owners of automotive businesses, and two scholarship students joined from the Jessi Combs Foundation.

The project began on July 19 at the SEMA Garage in Diamond Bar, California, where SBN volunteers, including students from WyoTech, began disassembling, painting, and upgrading the vehicle. The Bronco then made its way to the SEMA Garage in Detroit, where final accessories and a vinyl wrap were installed, and the Bronco was prepped for Las Vegas.

Project goals included increasing the female presence within the industry, instilling confidence in the volunteers as they learned new skills, creating a network of colleagues, and increasing opportunities to secure leadership opportunities in the automotive space. “The collaboration truly represents the spirit of the build,” said Cathy Clark, SBN Chair. “This project was a chance to spotlight women in the automotive aftermarket industry and the ways in which they come together and offer support to each other. We’re excited to see the passion their efforts received at the SEMA Show this year and to see where these opportunities may lead in the future.” 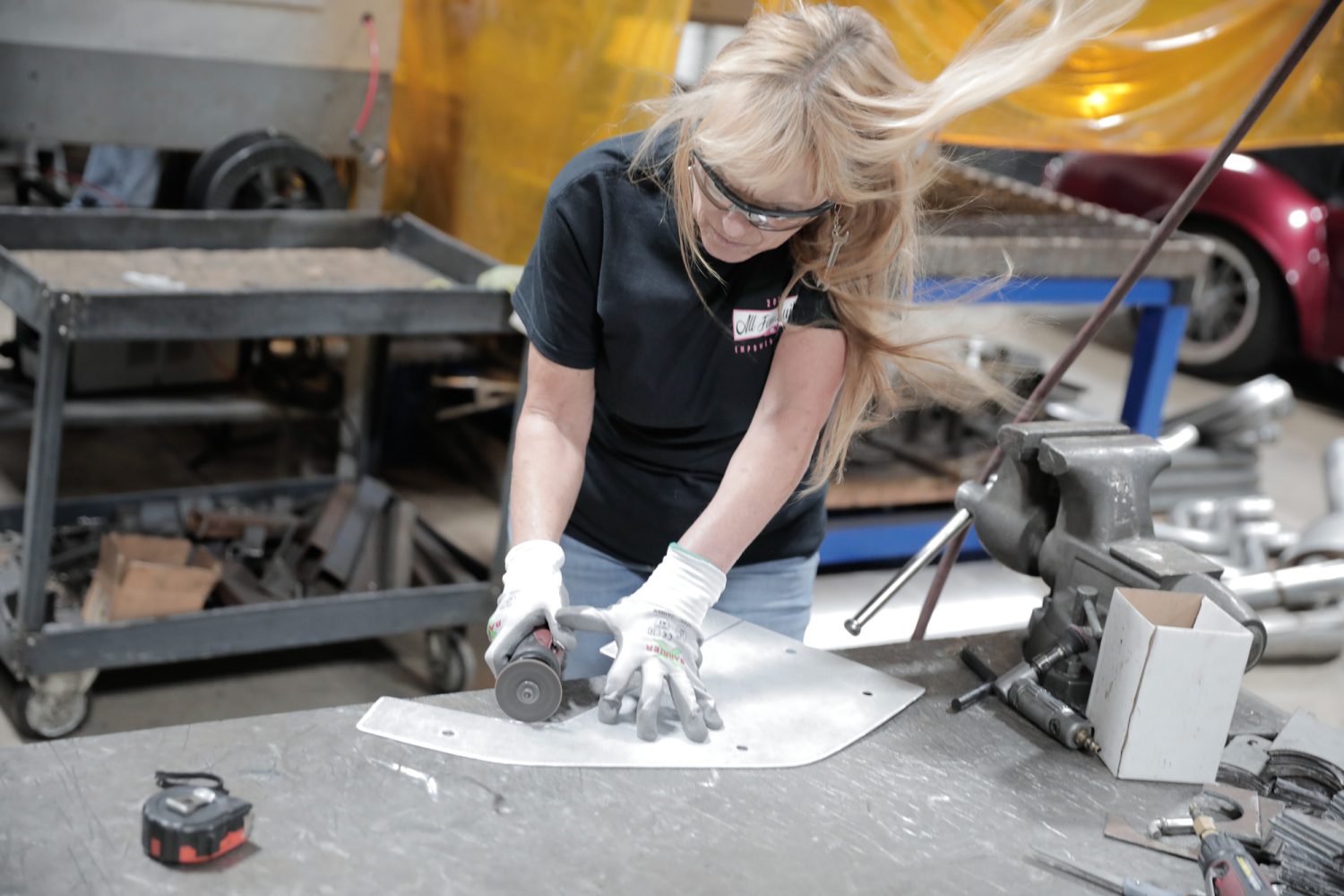 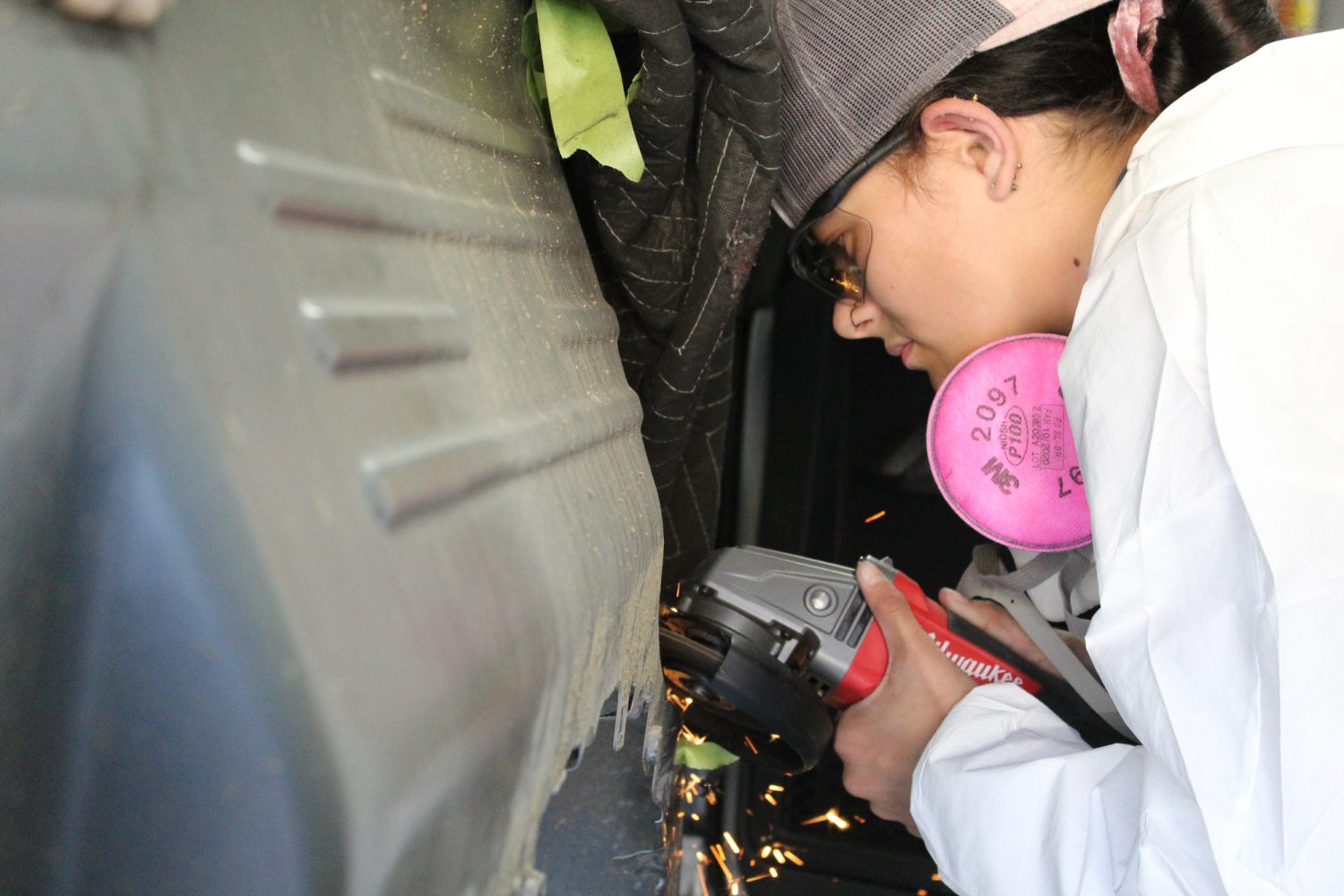 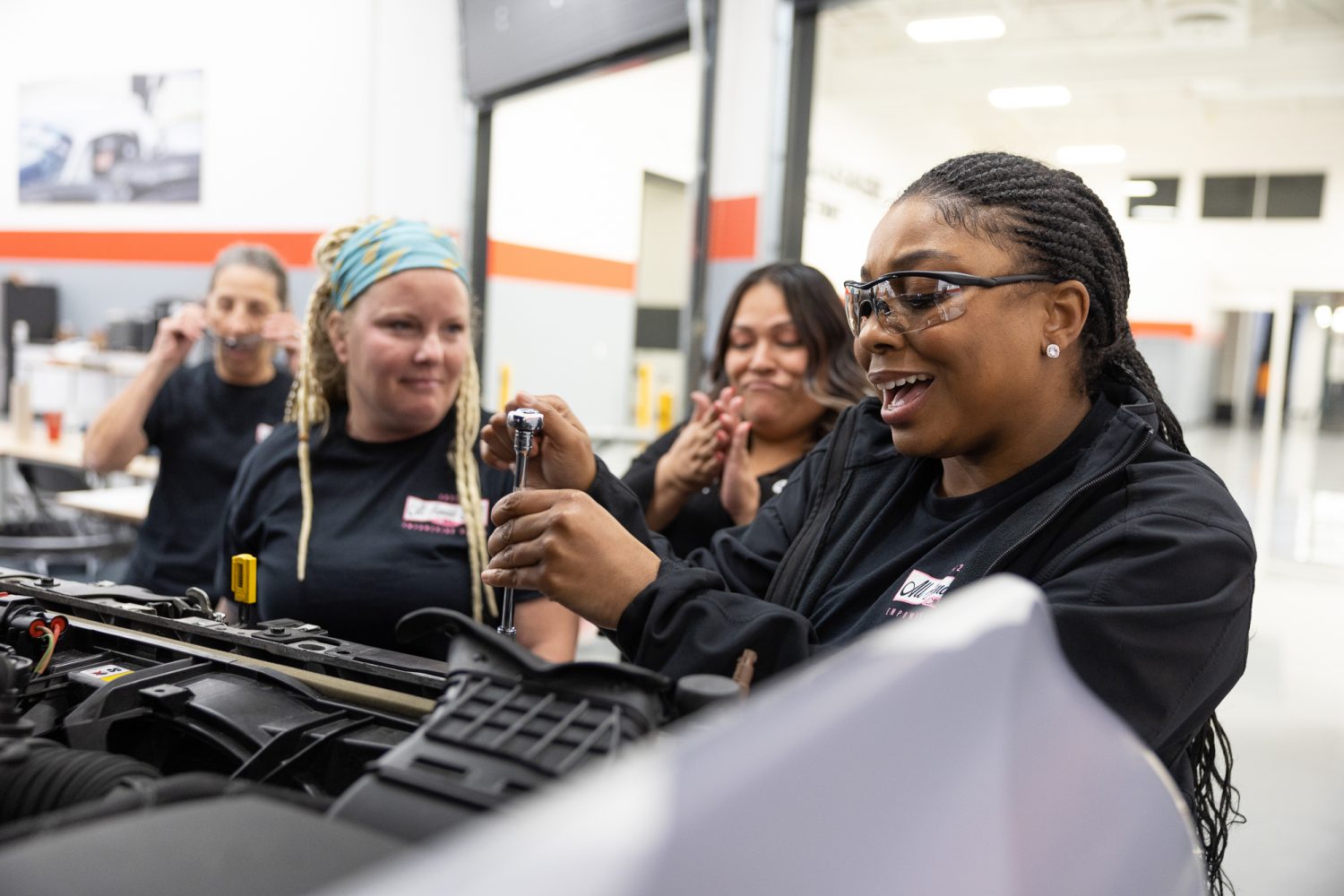 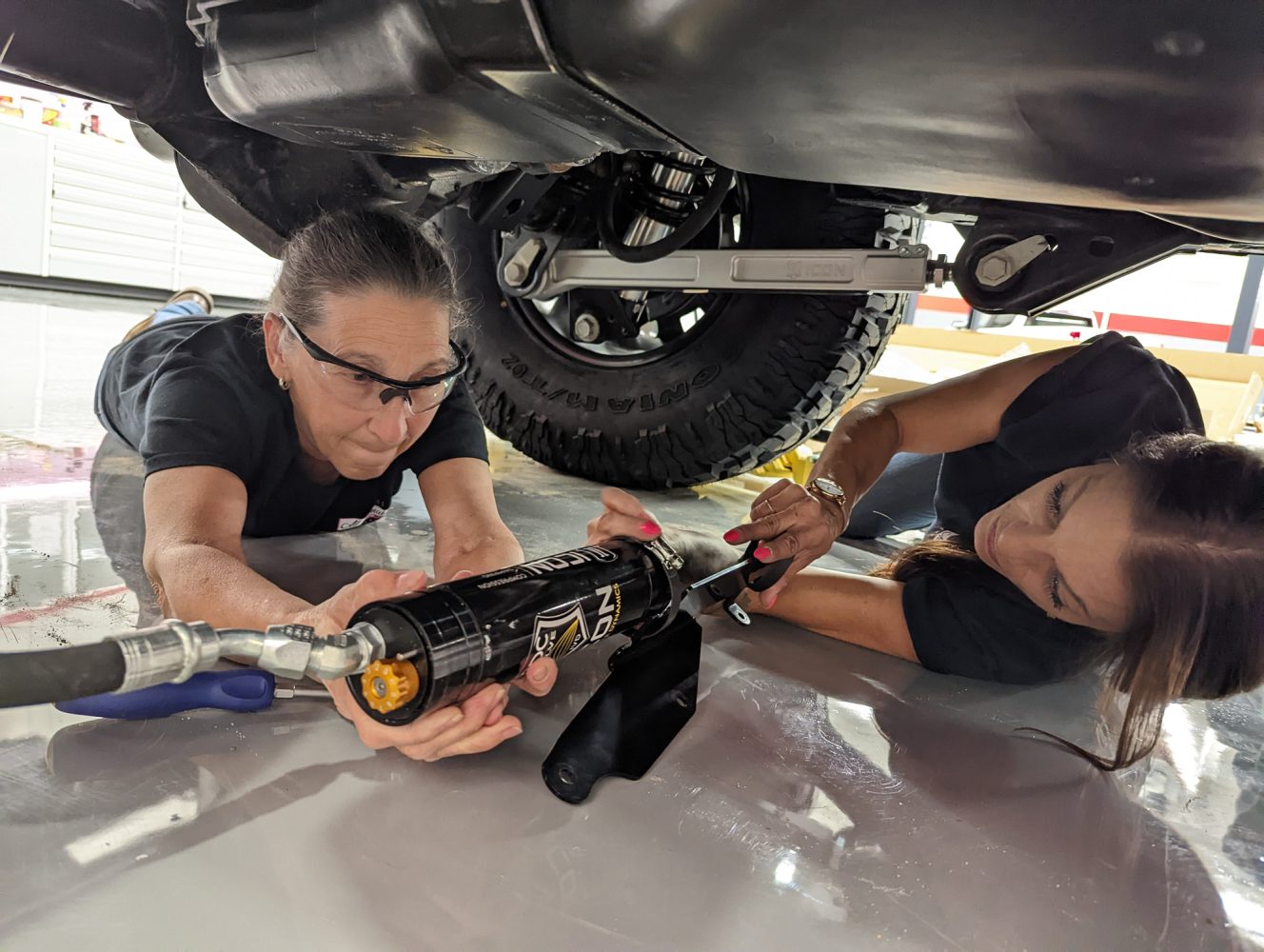 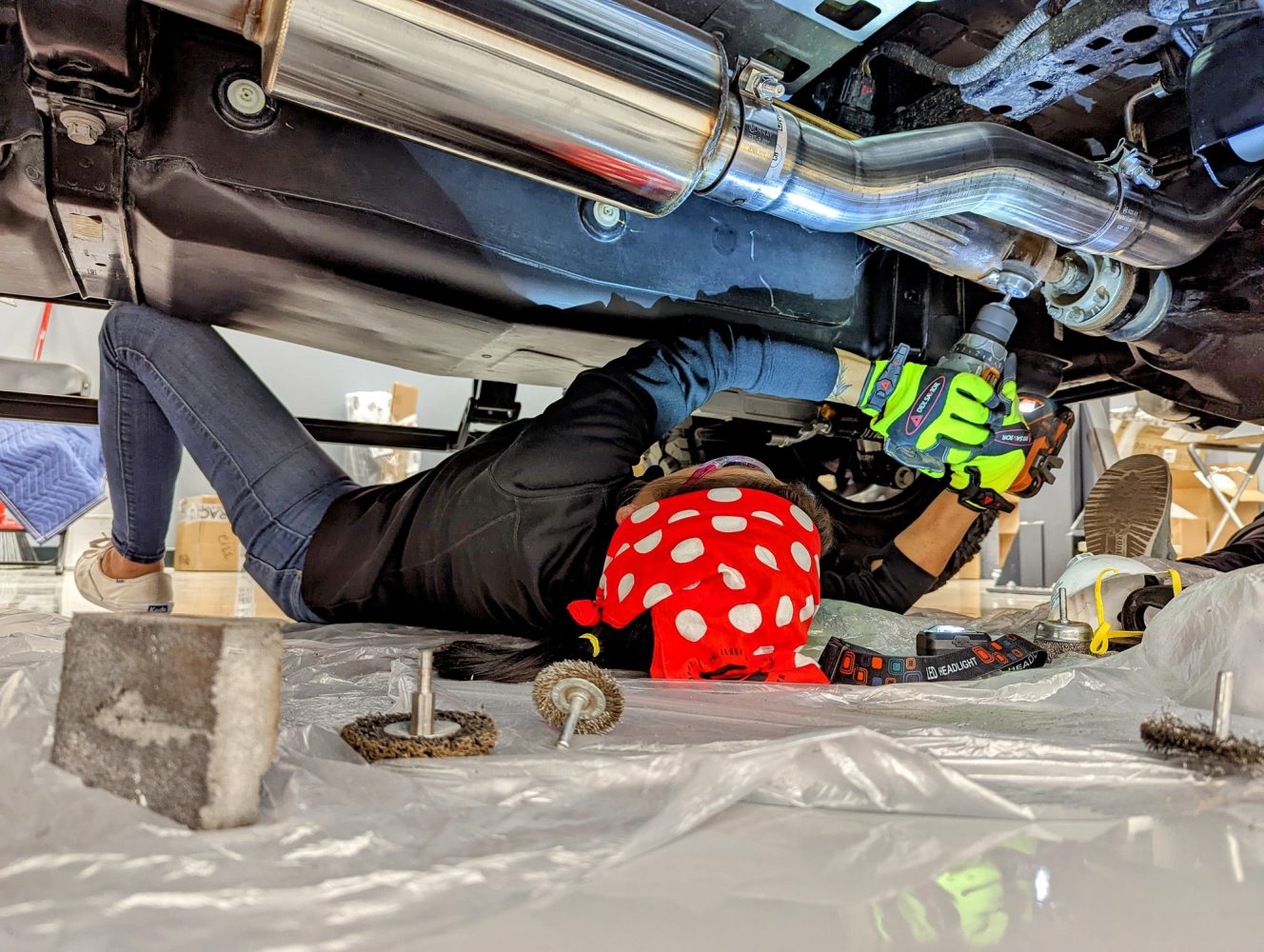 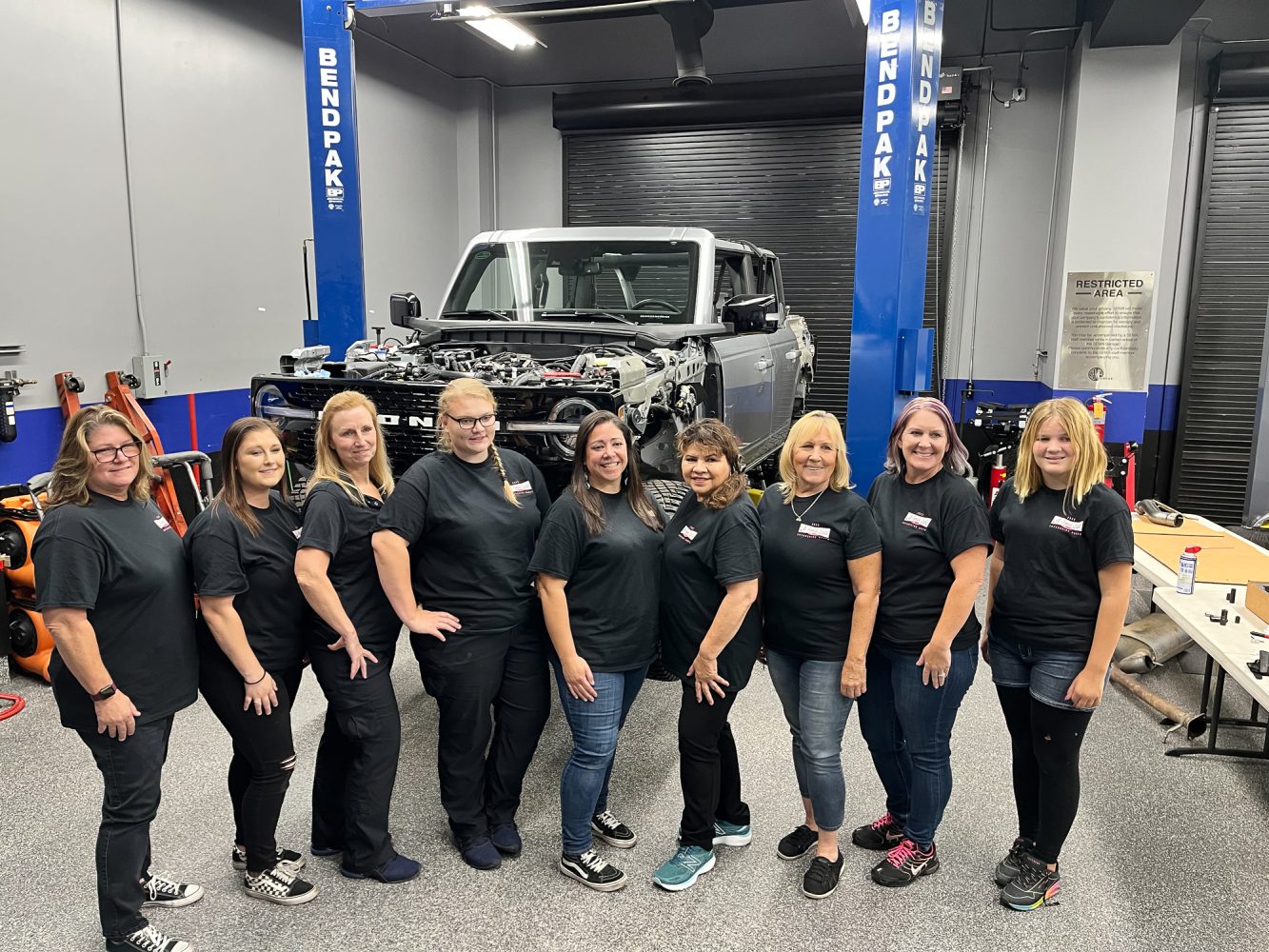 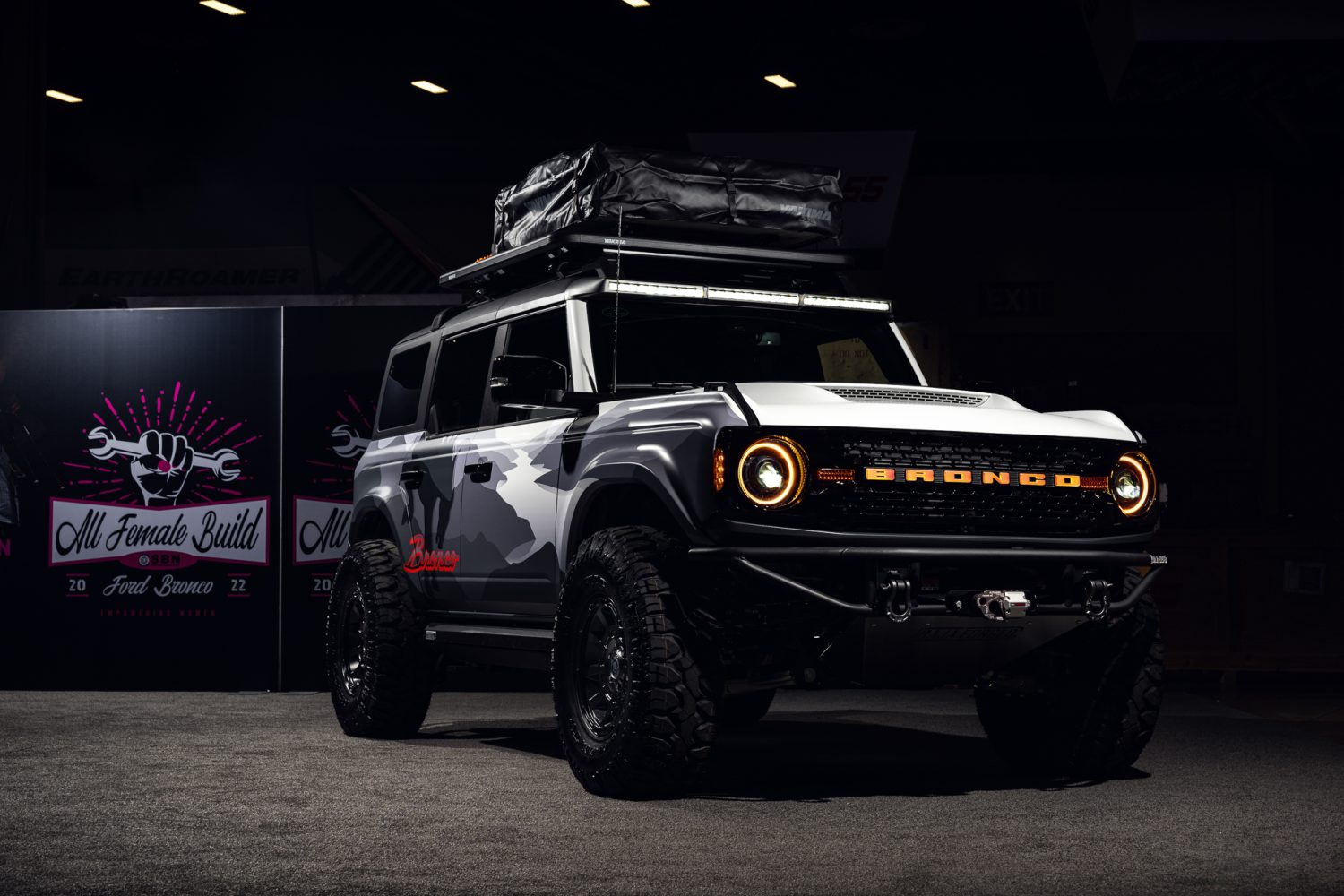 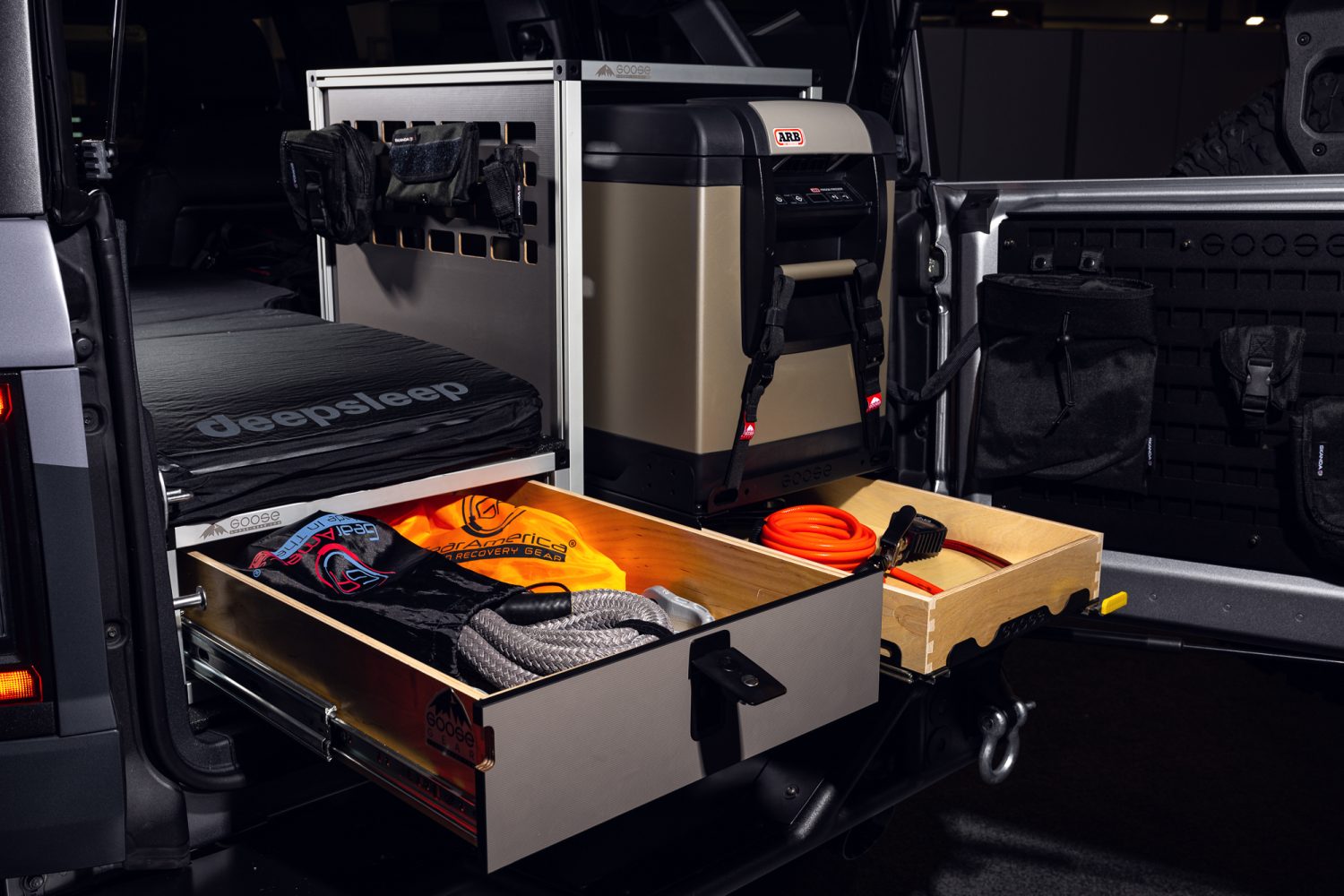 Volunteer Team Lead Haley Keelin says she loved being a part of the build process. “To me, this wasn’t trying to prove that women are capable. We already know we are capable. This was about changing the way the world perceives our capabilities and showcasing what all these amazing women can do. I got to speak and meet so many ladies from different generations, different passions, and different parts of the industry. As women, we empowered each other by sharing thoughtful knowledge and helping each other learn. I’m so proud to share this build with everyone at SEMA to showcase what we all built together.”

The 2022 All-Female Build campaign marks the 10th anniversary of SBN’s first award-winning all-female build, a 2013 Ford Mustang GT, which was also present in the booth for the unveiling. The program’s popularity over the last decade has grown so much that over 250 women expressed interest in volunteering to support this year’s build, six times more than had applied a decade ago. 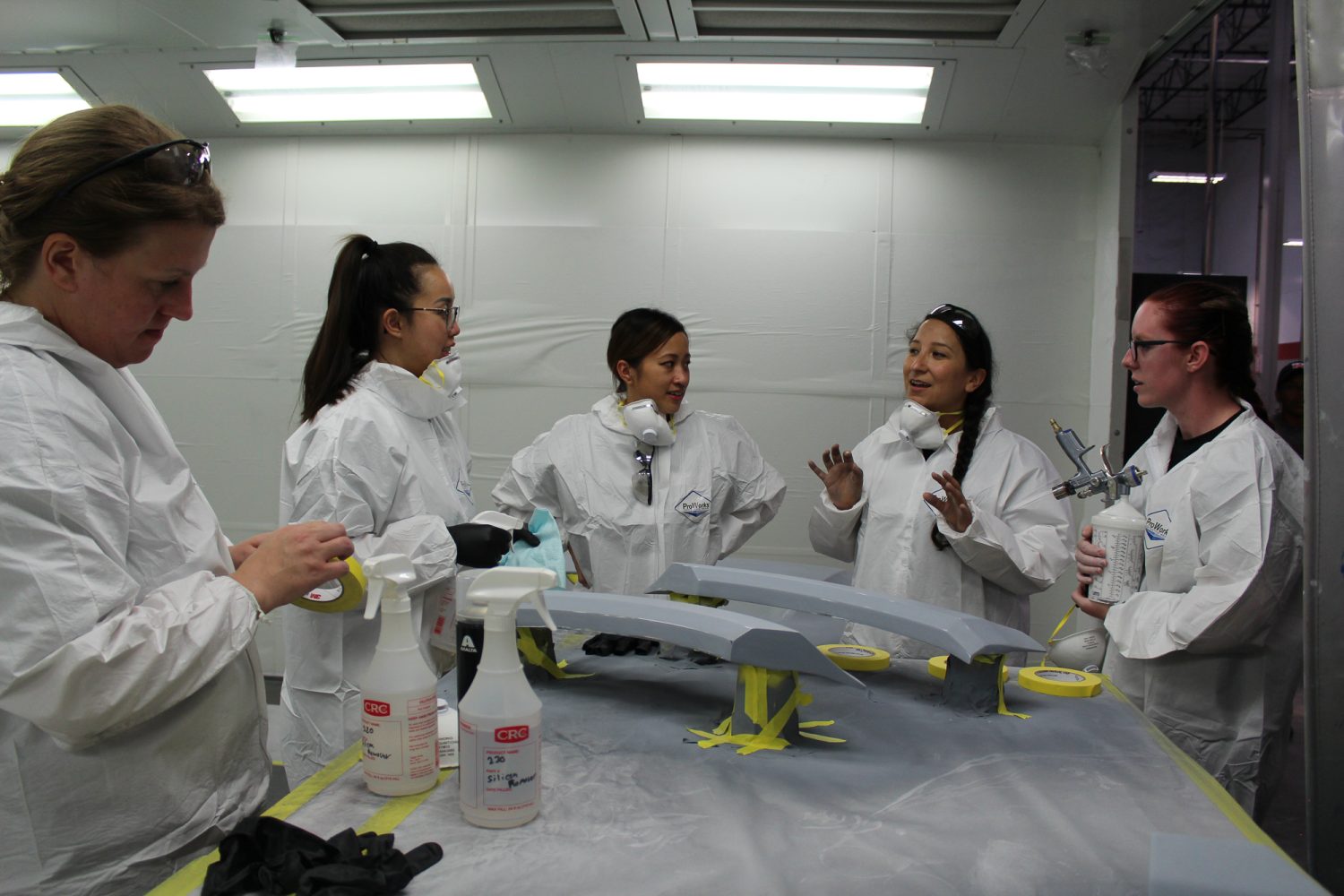