The Nissan Titan full-size pickup truck has struggled to find sales success in the United States. It’s not because of the quality of the truck or the value it brings to the segment, but rather that it’s nearly impossible to win over fans of other brands in the lucrative segment. That hasn’t stopped Nissan from making significant changes to the truck for the 2020 model year to make it more appealing to buyers and offer some unique features that might lure buyers like yourself into the showroom.

As overlanding has become more popular, it is bringing new customers to the full-size truck market. This market shift will no doubt translate into backcountry buyers for the Titan. This new Nissan ticks all the boxes of reliability, performance, payload, and durability. 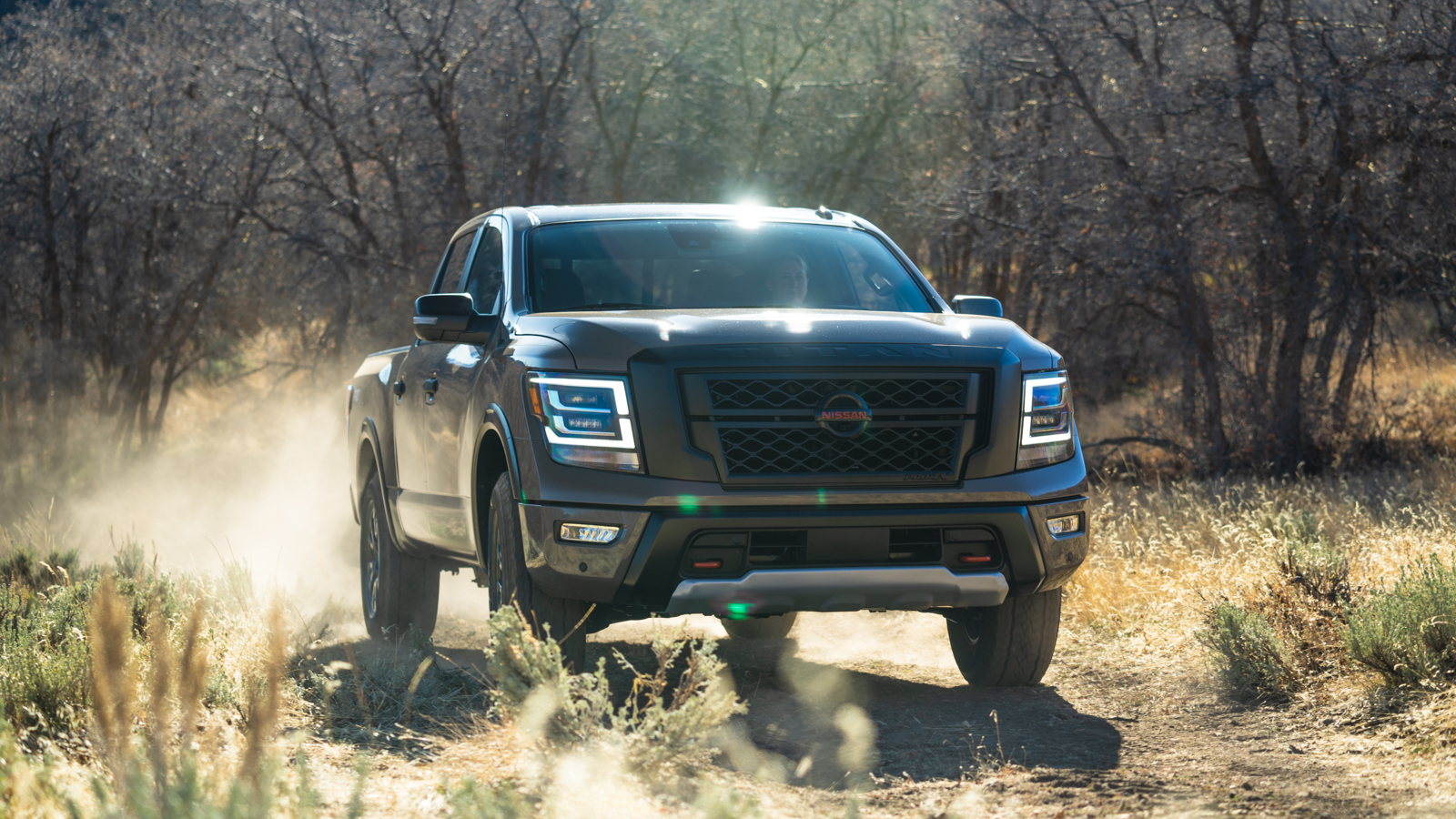 Outside, subtle changes to both the front and rear make the truck visibly different from earlier models. On higher trims, the headlights are all LED units. Aside from the turn indicators, all exterior lighting is actually LED on the new truck once you reach the PRO-4X trim level. 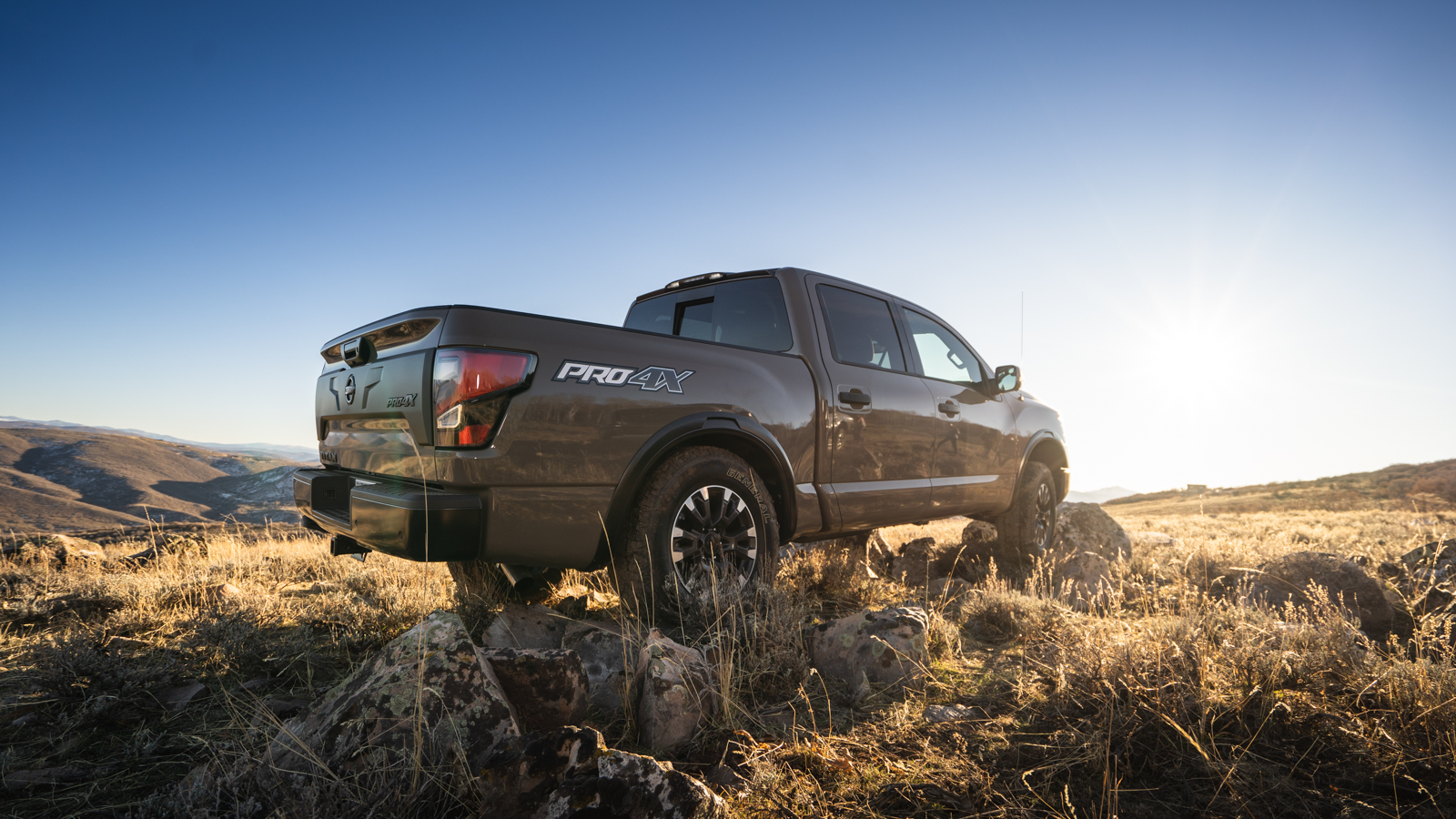 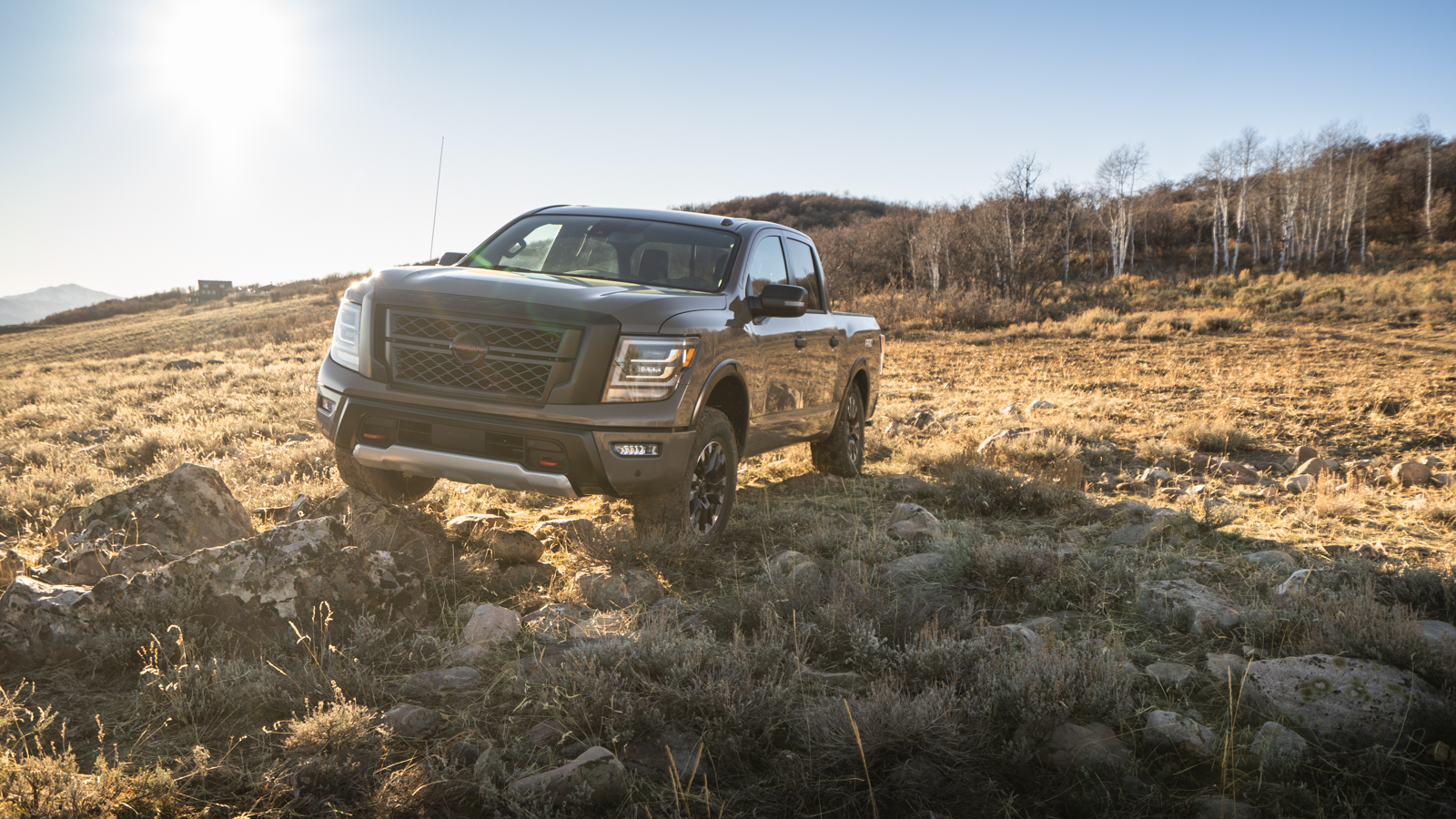 Where the PRO-4X doesn’t change is its off-road hardware. The truck still includes a rear locker and all-terrain tires and retains the Bilstein monotube shocks. Everything that made the truck an oversize billy goat before comes with the new truck. 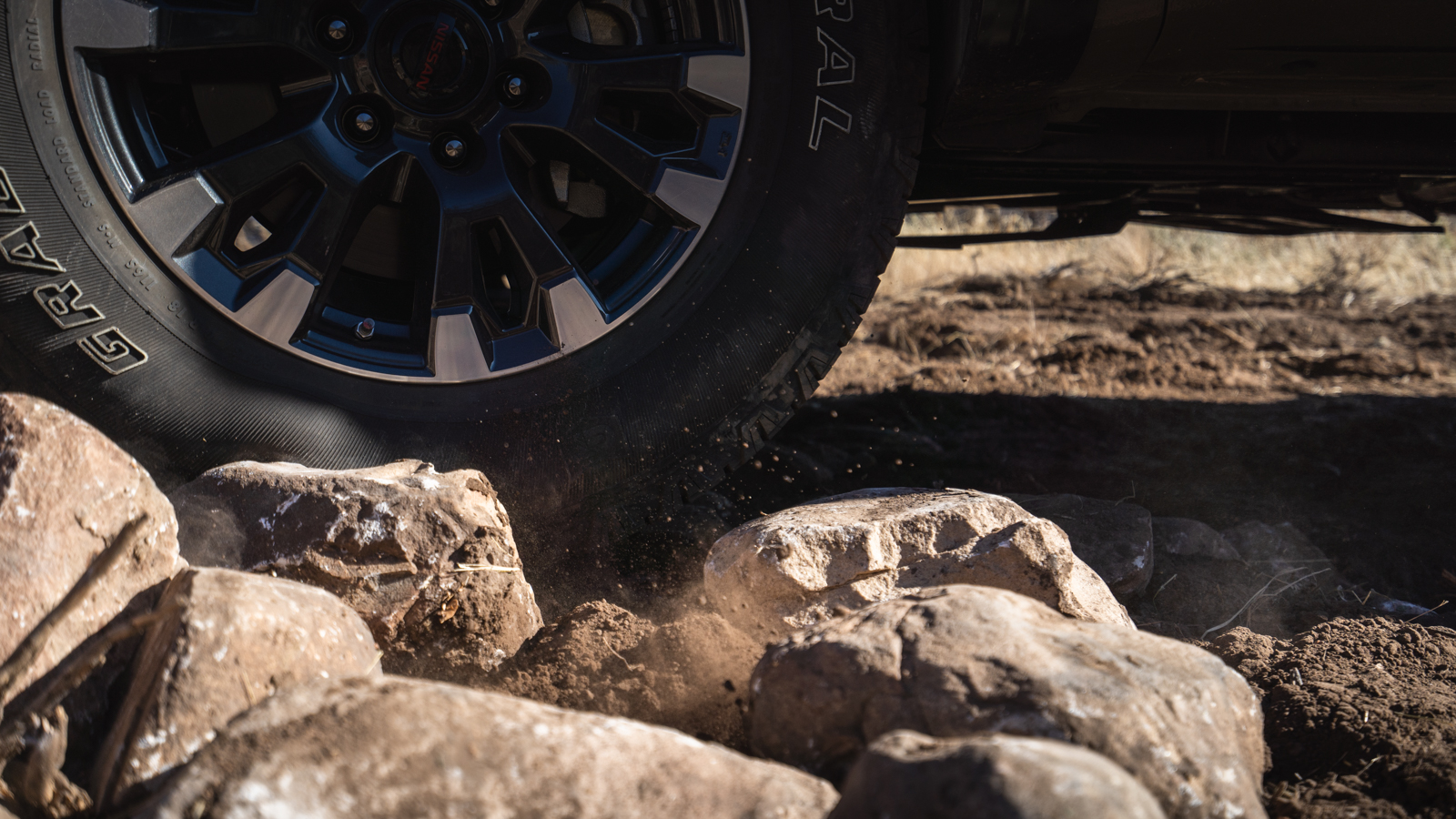 The biggest change inside all trims is a new infotainment system with an available 9-inch touchscreen. Available with Fender premium audio, the new screen is one of the prettiest this author has seen in any production truck, including the new 12-inch in the Ram models. Additionally, it supports Android Auto and Apple Car Play right out of the box.

There is a new screen in the center of the instrument cluster that provides basic truck information and has an inclinometer as part of an off-road display setting.

The 2020 Titan also features the connectivity you’d expect in a modern car. There’s a built-in Wi-Fi hotspot that supports up to seven devices. It’s based on AT&T’s network, so owners can even add it to the cell plan if they want. That connectivity also allows for telematics access and an updated Nissan Connect Services.

For $8 a month, owners can access their vehicle through their cell phone, smartwatch or smart home device and remote start the vehicle, locate it, or even lock the doors. But the real value of the package is the Nissan Concierge service.

The Titan is the first vehicle from Nissan to offer Concierge across all models. It allows you to call and talk to a human being at any time and have them help you with whatever your needs may be. Need to find a restaurant? No big deal. Need reservations at that restaurant? Sure, no problem.

Unlike some telematics services, Nissan Concierge is a personal assistant. As long as it’s legal, they can help you with it. The opportunities are endless in how the service could be useful day-to-day, and it’s included at a very reasonable price. 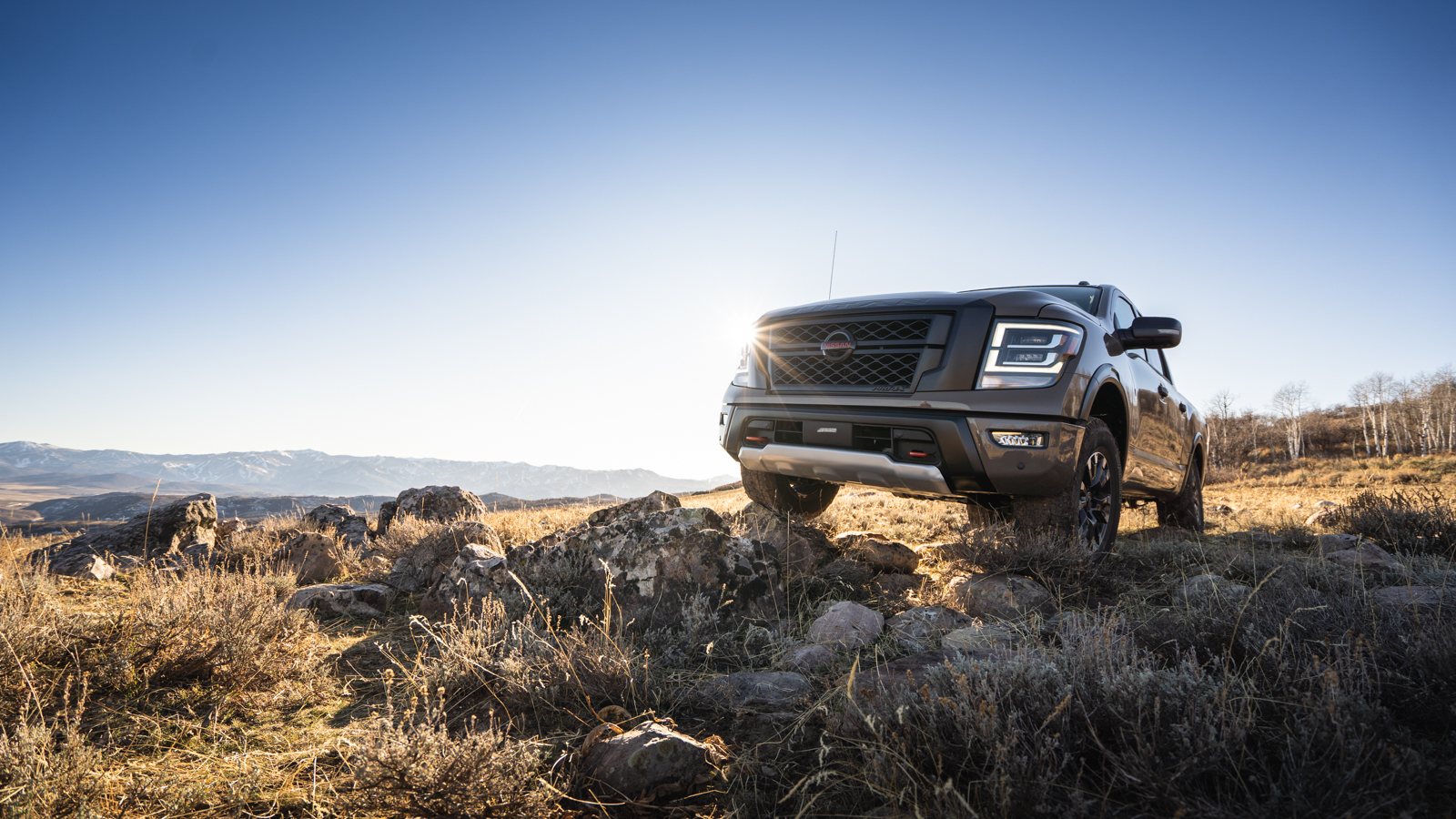 On the roads around Park City, Utah, the 2020 Nissan Titan drives similarly to the previous truck. The 9-speed automatic does make the truck feel quicker, but it’s more impressive in how smoothly it shifts. It’s geared well to utilize the power and torque curve of the naturally aspirated V-8. And it doesn’t feel wheezy at a 6,000-foot elevation like some other V8s.

Towing with the Titan is also an easy task. The built-in trailer light check means you can check your running lights without having to have someone else in the truck. An integrated trailer brake controller, optional on some competitors, allows you to adjust the gain of electric trailer brakes.

Titan doesn’t feature some of the advanced towing features, like Ford’s Pro Trailer Backup Assist or Ram Trucks’ automatic setup for trailer blind-spot monitoring, but the Titan allows for confident towing that’ll get you and your gear to the campsite.

The PRO-4X still impresses off-road. This author has driven every single new pickup truck on the market for the past couple of years off-road, and after driving the Titan each time, it’s hard to wonder why people buy anything else. 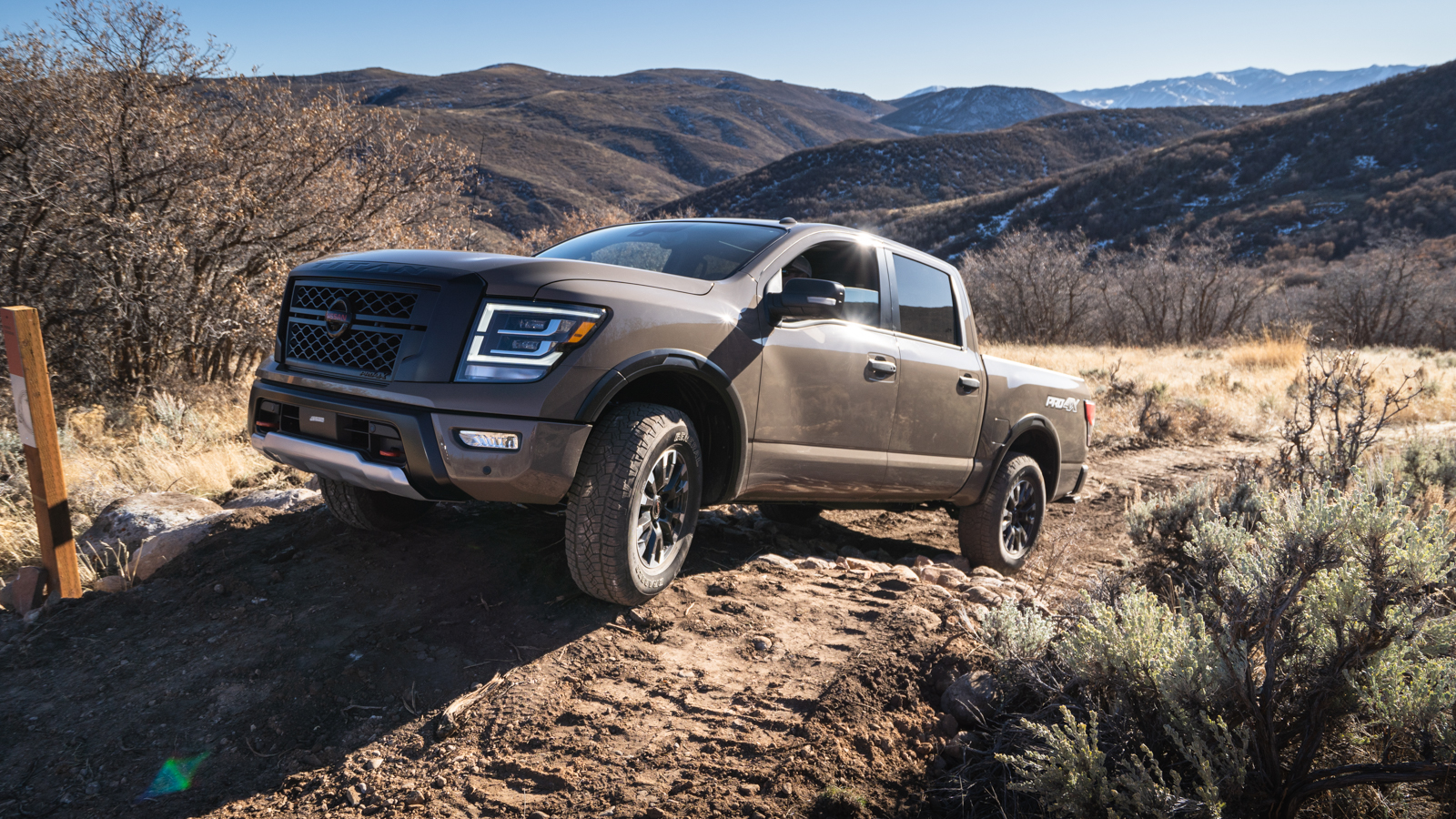 The electric locker works as advertised. The steering is direct enough to position the wheels where you need to. The 360-degree camera makes it easier to avoid hitting obstacles. Plus, the V-8 grunt is there if you need the extra oomph. It all just works, and that’s reassuring.

The bigger infotainment screen makes the 360-degree camera easier to see, but the camera resolution is still lower than some competition. More annoyingly, there’s no wash for the front camera, so if it gets muddy, it becomes useless. For class-leading camera resolution and usefulness, look to the new Jeep Gladiator.

One unsung hero of off-roading that Nissan had first, but other OEMs are starting to copy, is the tire fill alert. When airing back up after a day on the sand, the horn will chirp when you reach the optimal tire pressure. It’s brilliant in its simplicity and is a time saver.

While it’s easy to sing the praises of a PRO-4X off-road, the Titan in this trim still has some drawbacks. Its size is the truck’s most significant detriment.

A 2020 Titan PRO-4X has an approach angle of 22.8-degrees, a departure angle of 23.0-degrees, and a breakover angle of 21.7 degrees. All are very respectable. But in the smaller Frontier PRO-4X, those numbers change to 31.5 degrees, 22.6 degrees, and 20.6 degrees, respectfully. The Frontier is also narrower and not as tall.

While it’s unfair to compare a full-size truck to a mid-size, look at the type of off-roading you’re thinking about before you pull the trigger on a new rig. Titan is a capable truck off-road, but narrow trails are likely to leave you with some trail rash. 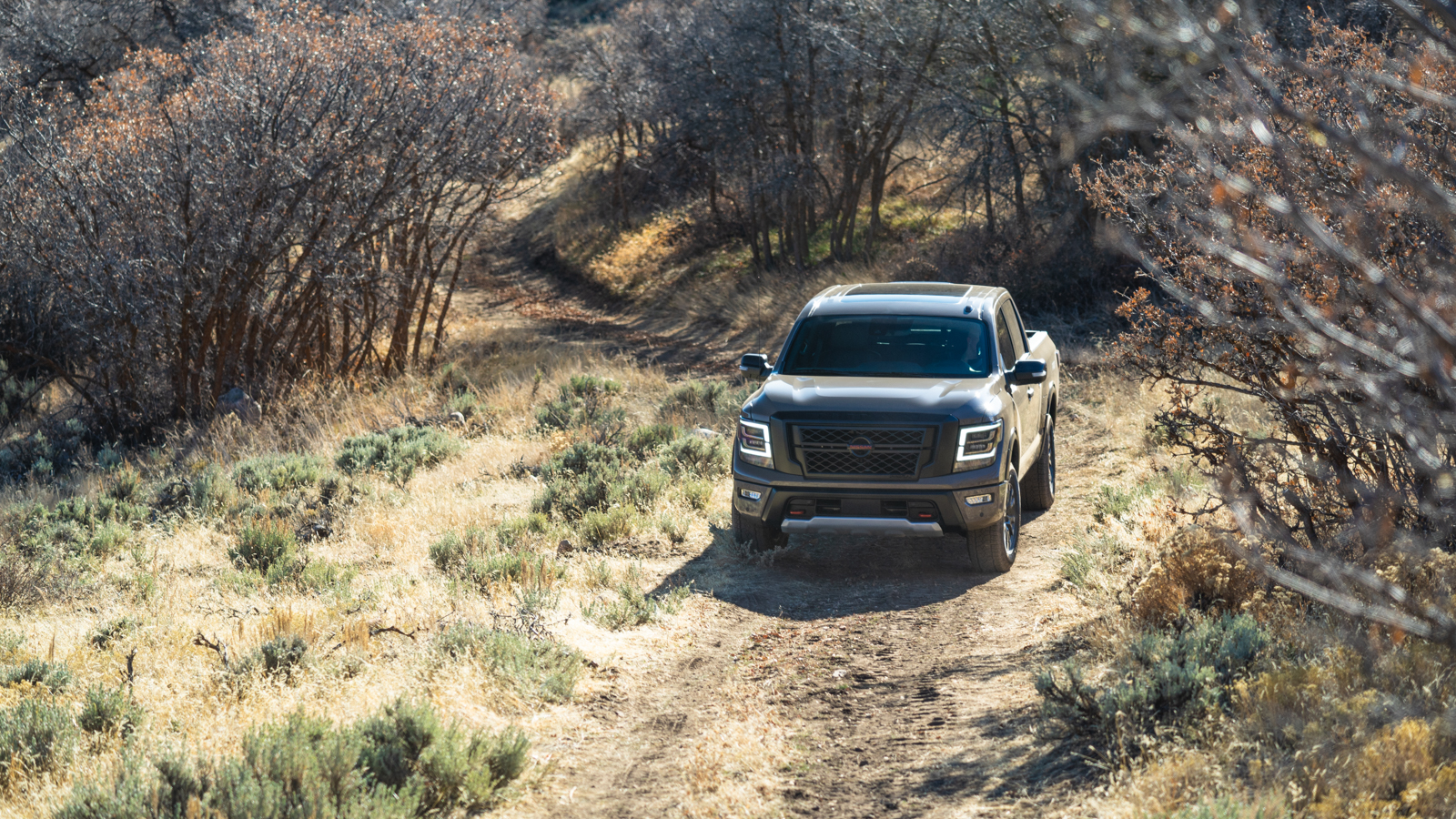 Nissan hasn’t officially released pricing yet on the 2020 Titan lineup, but a source told us that we shouldn’t expect any significant changes from the 2019 model year. Nissan’s Titan has long been a value play, and we can’t see them messing with that formula.

Speaking of value, Titan also retains the 5-year/100,000-mile bumper-to-bumper warranty. While it’s not uncommon to see competitors offer powertrain warranties this long, Nissan is the only truck maker to cover everything.

The 2020 Nissan Titan successful takes everything that was great about the 2019 model and brings the rest of the truck into the modern age. In some ways, this is the version we wish Nissan would’ve shipped back when the full-size updated Titan came out. Now it looks and feels like a modern truck inside and out. 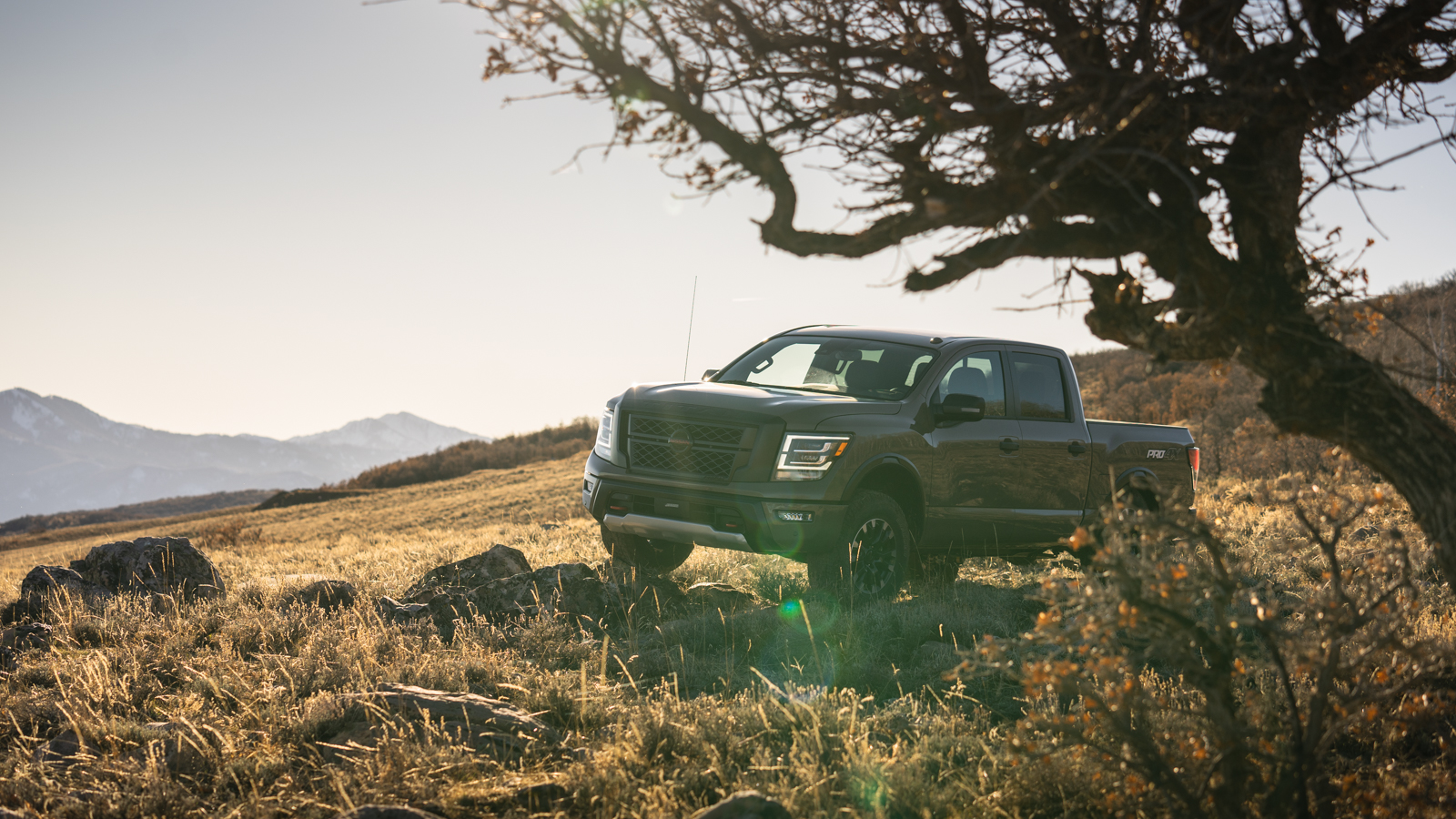 Is the interior best-in-class? No, but it does feel more sorted than what is available from GMC and Chevrolet, especially with the larger 9-inch screen. But the materials aren’t up to what Ford and Ram are offering in their top-tier trucks.

The Titan, especially in PRO-4X guise, isn’t far off, though. It’s a competent off-roader with the backing of Nissan for five years. The V8 that comes standard offers more power than the competition’s base engines, and the off-road hardware is solid.

As long as it remains priced competitively, the 2020 Nissan Titan is worth a look. nissandriven.com 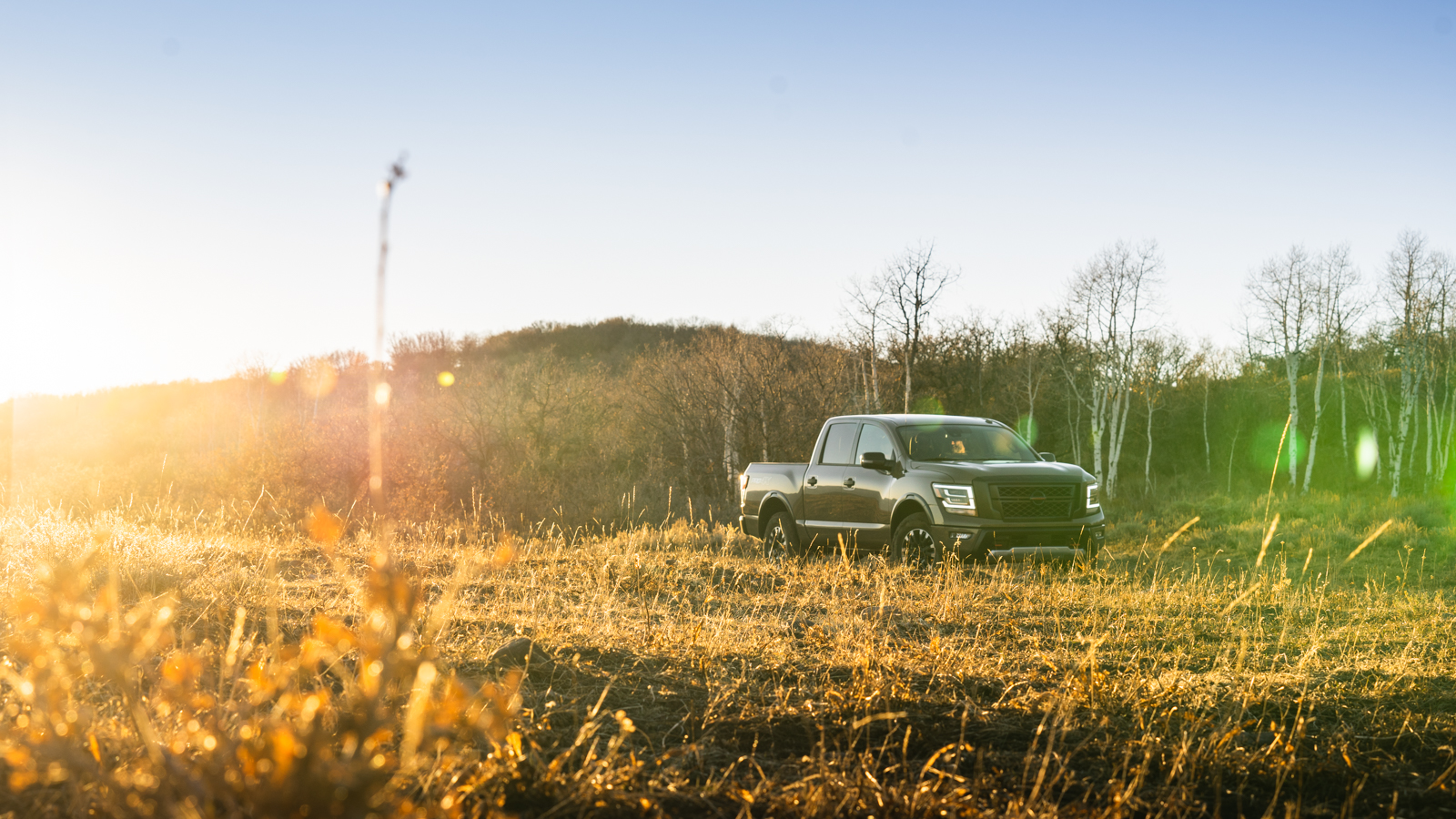 Chad Kirchner is an American automotive writer with a life-long love affair with the automobile. Whether it be car or truck, sports car or heavy-duty pickup, Chad loves getting behind the wheel and sharing his enthusiasm with his audience. His biggest automotive regret in his life is selling a Honda S2000 that he owned that helped him grow an appreciation for the special and the unique. His dream garage would consist of another one of those little Hondas, a Ford Raptor, and some ridiculously expensive supercar. He has an MBA and can be found on the internet writing about everything from the latest truck to hit the street to going into detail about the business of electric vehicle companies.

Why Add the Pamir Highway to your Overland Adventures? 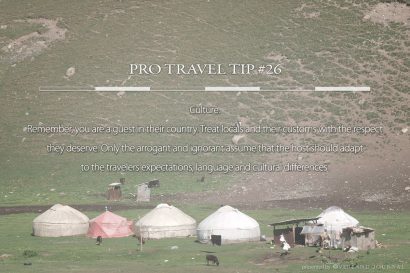 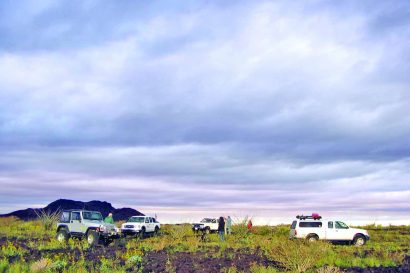 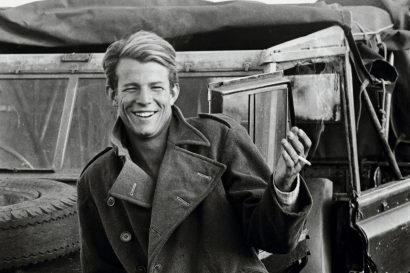