Does anyone remember New Coke? If you haven’t a clue what it is, let me give you a brief history lesson. In the 1980s, Coca-Cola decided that its flagship soda hadn’t been changed recently, and that’s why its sales were declining. So they decided to mess with the well-loved recipe, branding it New Coke. It ended up being one of the largest marketing failures of all time. Jeep is about to make the same mistake. While they may not be calling it New Wrangler, rumor has it they’re messing with the recipe loved by four-wheelers around the world for over 70 years.

The rumors are out and the next-generation Jeep Wrangler, supposedly arriving in 2016, will be missing its defining characteristic—solid axles. It’s those solid axles that have kept hardcore four-wheelers choosing the brand synonymous with off-roading for decades. Solid axles are the preferred choice of four-wheelers, overlanders, and rock-crawlers for dozens of reasons, but mainly for the simple, durable design, and the large amount of clearance they offers over obstacles. It comes at a price though, as the nearly century-old axle design isn’t the lightest, cheapest, or best handling suspension setup these days. Still, the solid axle is the lifeblood of the Jeep Wrangler. It’s what allows the vehicle to be the most technically-capable vehicle sold today, and it’s a big part of what allows it to be modified so easily—with owners on average often spending thousands to modify their Wranglers at the dealer.
In 2012, Jeep sold 194,142 Wranglers all over the world, and they’re projected to sell about 220,000 units this year. So let me ask you—why are they messing with the special sauce? Mainly in an effort to meet tougher and tougher government-imposed fuel economy standards, Mike Manley, the CEO of Jeep, told Automotive News that he couldn’t promise the solid axle suspension would make it’s way into the next-generation Wrangler.
“We’re already in an environment where it’s a challenge to produce a vehicle in that way, and it’s going to get harder,” said Manley. “What I can tell you is that the vehicle is absolutely fundamental to our DNA, and it’s going to become progressively harder to make sure that the vehicle meets all of the standards that are required for it.”
With the Wrangler making up most of the aftermarket sales for the off-road industry these days, rumors are all over the place on what the suspension architecture will be in the new Wrangler. Some of the more believable gossip places the next-generation Wrangler on a modified Grand Cherokee platform, using its independent front and rear suspension setup. That’s a big issue for anyone looking to lift their vehicle past two inches, or fit significantly larger tires, as the Grand Cherokee’s independent suspension also rides on a unibody chassis. A chassis which can’t handle the repeated stress that comes with the rigorous trails Wrangler owners often tackle with their vehicles.
It’s the Wrangler’s breadth of capability that makes it so successful. Whether you’re looking to commute to work, tackle Moab’s slickrock, drive it to the tip of South America, or cross a glacier in Iceland—the Wrangler can handle almost everything you throw at it. An essential part of why it can do that is the versatility and durability of its solid axle.
If Jeep is looking to put the Wrangler on a diet, it should look elsewhere to shave a few pounds. Perhaps they should follow Land Rover’s lead and invest in lightweight aluminum construction, their latest Range Rover lost over 700 pounds with little compromise to the end product. While the aforementioned Range Rover is quite capable off-road, and it does have fully-independent suspension, the Wrangler is in a different class of capability—and vehicle. One does not buy a Range Rover to install 37” tires, and one does not buy a Jeep Wrangler for air conditioned seats.
Solid axles, body-on-frame construction, and better fuel economy can live harmoniously together. In fact, they already do, it’s just not powered by a traditional gasoline engine, it’s powered by a turbo-diesel engine. Diesel engines not only produce gobs of torque at low RPMs (perfect for four-wheeling) but they also consistently return a longer service life, and offer better fuel economy. A European-specification Jeep Wrangler Unlimited CRD offers about 28 mpg (US) the same vehicle in the United States brings 21 mpg. Will independent suspension bring drivers 7 mpg? I highly, highly doubt it. If Jeep finally offers a turbo-diesel Wrangler in the United States, but pairs it with independent suspension, I’m pretty sure I’ll cry.
I don’t want New Wrangler. I want the Wrangler that’s already produced in the United States, but is sold elsewhere. The Wrangler that already gets better fuel economy and produces more power. If Jeep kills the solid axle, it will kill the Wrangler.

Long Way Down: An Epic Journey By Motorcycle From Scot...
by Ewan McGregor, Charley Boorman
From $26.5 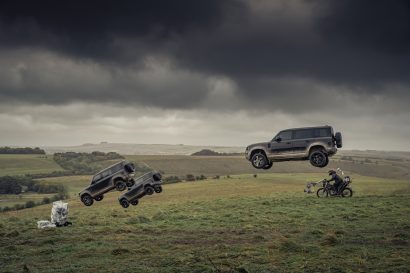 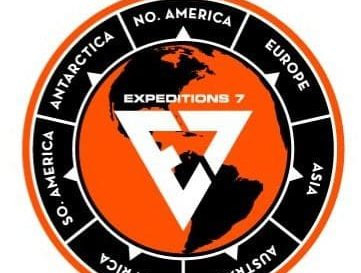 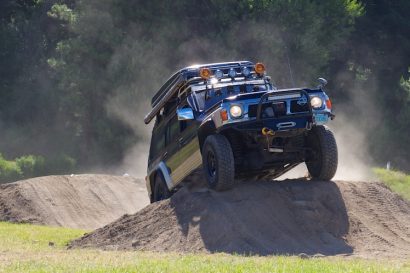 Another Excellent NW Overland Rally is in the Books