In 1945, my mother rode a Triumph T100. She wasn’t bigger than spit at 5’ 2” and maybe 100 pounds soaking wet. She’s 94 now and still has fond memories of riding the bike with her best friend on the back, taking off to the breezy Connecticut coastline during the summer months. She had first learned to ride on her boyfriend’s Triumph. Then she got a bike of her own.

That same year, the late Queen Elizabeth rode what appeared to be a Royal Enfield during her commission in the Auxiliary Territorial Service, where she trained to be a driver and mechanic. Granted, it was a different time in Europe and the United States. Women were emerging from working in male roles, having taken on factory jobs to support the war effort. But some didn’t want to let go of the male industries into which they had been thrust, and my mother was one of them. Instead of retreating home to knit, she learned to fly, soloing in a Stearman biplane. 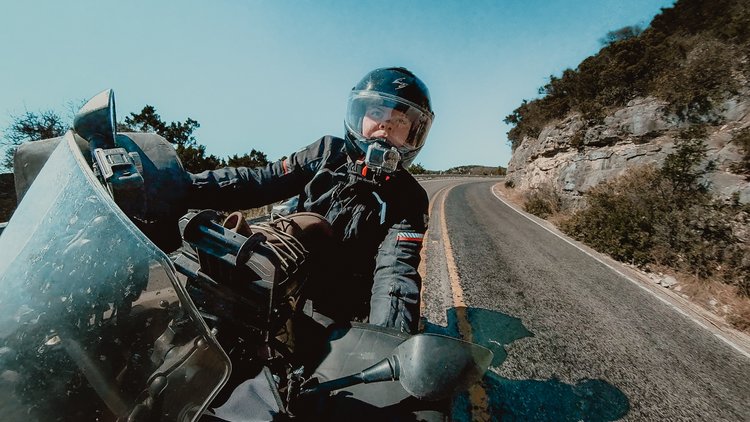 During that same war, Dot Robinson established herself as co-owner (with her husband, Earl) of a Detroit motorcycle dealership. In her lifetime, she logged more than 1.5 million miles on a bike. She became president of the first-ever female motorcycle club, The Motor Maids.

But women had made an appearance in the motorcycle industry even earlier than that. In 1915, Avis and Effie Hotchkiss, a mother/daughter duo, made headlines by crossing the United States twice on a three-speed V-Twin and sidecar.

Bessie Stringfield was the first African-American female to ride solo across the United States. In the 1930s and 1940s, she traversed the lower 48 and then traveled to Europe, South America, and the Caribbean. At the height of her riding, she signed up with a World War II Army motorcycle dispatch unit and rode across America again.

From the Hotchkiss duo to Ann-Margret ripping through the desert on a chopper clad in a star-spangled body suit, to world tours being offered by today’s brand of female adventure riders, women have always been in a male-dominated industry that hasn’t, until recently, been prepared to meet their riding gear and apparel needs.

When Kelsey Runge began her job in 2016 as the senior designer for Klim, a leading manufacturer of technical riding gear, females comprised about 20 percent of the industry, and had held that 20 percent demographic for several years. In 2022, though, that number has jumped to nearly 30 percent, with more women motorcyclists joining the ranks of riding every day than ever before. 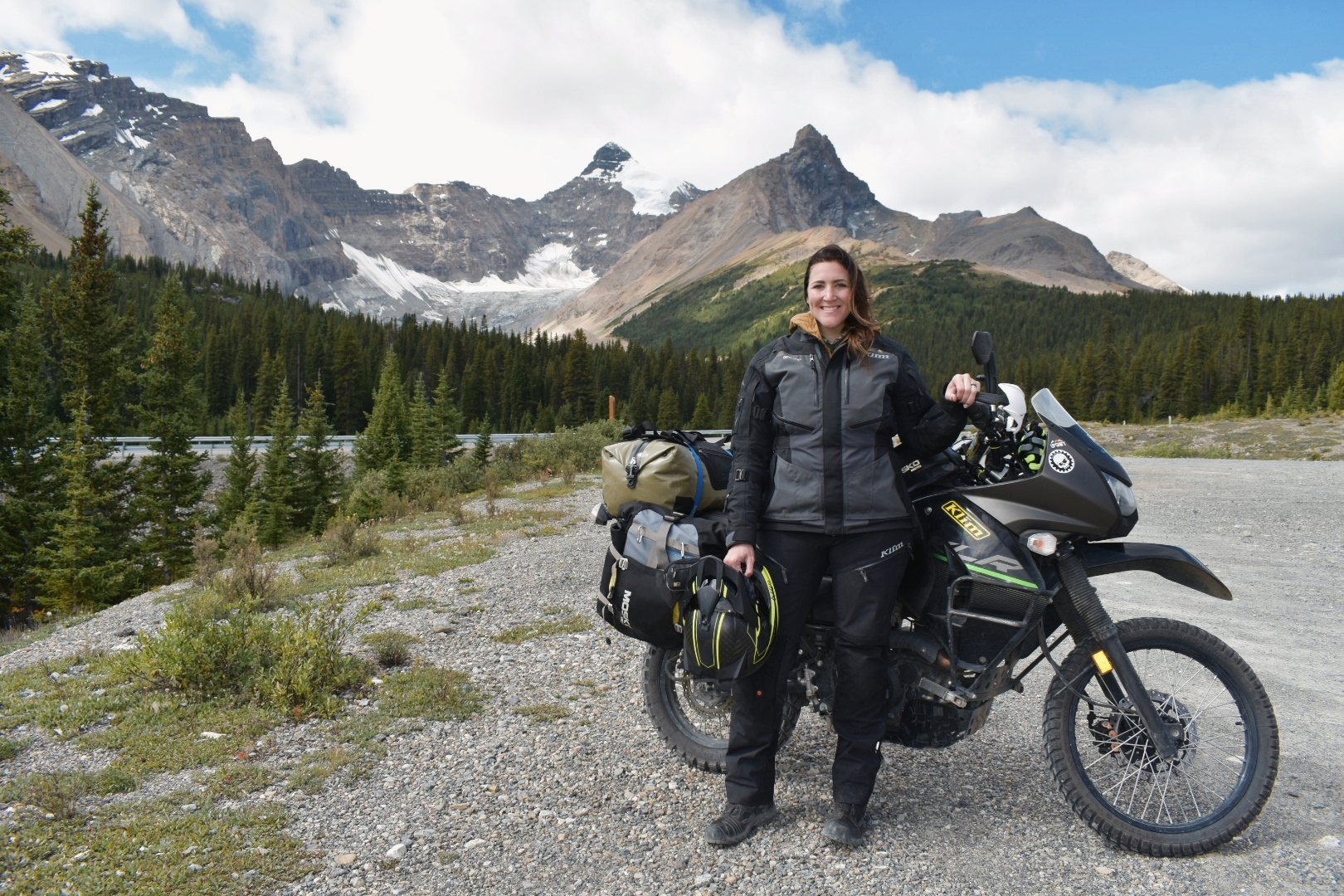 Harley-Davidson announced in 2021 that 12 percent of new Harley-Davidson motorcycle purchases were made by women. The figure was the result of a 10-year advertising campaign to target female riders. With women being the fastest-growing demographic in the industry, Harley-Davidson faced challenges when attracting females beyond its merchandising floor, namely, the advertising that has for so long featured women on the backs of bikes. It’s been a tough image to shake for a company that desires confident and independent female riders as customers.

“In 2004, the ADV movement took off,” said full-time solo adventure rider Amanda Zito, 31, who records her adventures and posts them on the YouTube channel, As the Magpie Flies. “BMW sales took off. They became more mainstream. What Harley was selling in the ’80s and ’90s was that club mentality. There are a lot of women on cruisers, no doubt. They’re more approachable for women because they’re short, and women can flat-foot them. But I’ve seen more of a transition to adventure.” 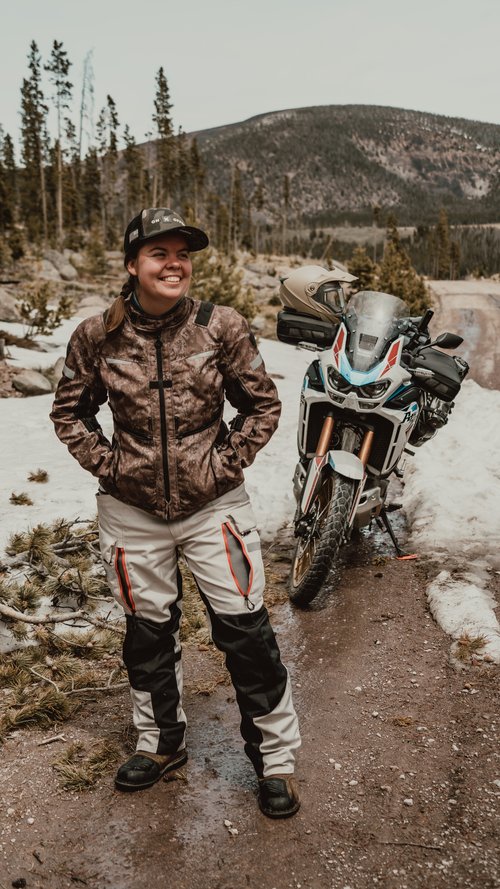 According to Biker Lawyer, founded by Texas attorney David Cole to advocate for accident victims, millennial women make up 26 percent of riders, and gen Xers comprise 22 percent. That means roughly half of female riders were born prior to 1963, making baby boomers the largest female demographic in the industry, and this generation is focused on safety.

The makers of women’s safe riding apparel are managing to make strides, even if small ones.

“Our women’s line is so small. In fact, if all I did was women’s, I’d basically be doing nothing,” said Kelsey, who designs both the men’s and women’s Klim line.

Kelsey grew up in Antwerp, a small, rural town in Ohio, where she rode dirt bikes with her brother and dad, who raced motocross. She played volleyball to get through college and wound up with a degree in apparel design from the University at Buffalo in New York, bringing her expertise in hunting and fishing to the Under Armour apparel line.

When she began her job at Klim, she knew she needed to advocate for women riders.

“They had come out with a super cool piece, the Badlands for men, but the women’s version had less durable fabrics. I had to ask why they thought women needed less protection than men. They said the Super Fabric was too masculine, so I asked them, ‘Who told you that? Have you asked us?’ It was interesting to open up their minds.”

Kelsey went to work at the Rigby, Idaho, headquarters, designing what would be the Artemis for women. “I had been riding for a while, but when I got there I bought a dirt bike and immediately started riding because I needed to know how to design the gear, and I think I helped push Klim into the women’s world. They responded. They recognize the demographic is growing.

“When I first started, it felt like the women’s line was an afterthought. It was featureless. There were no pockets on the women’s Altitude.”

Making suits that fit all women’s sizing is nearly an impossible task, she said, since women come in more shapes and sizes than men. “They’re short and they’re tall like men, yes, but they also have curves. The women with large breasts complain there’s not enough room there. Women with no breasts are like, ‘What’s all this bagginess?’ It’s been a whirlwind. I think there’s a lot of steps we need to take in the industry, but it’s better than it was.”

Jocelin Snow, a certified BMW trainer and moto tour guide, says she is 5 feet and 1.5 inches tall, and she’s careful to enunciate the .5-inch part. She’s the polar opposite of Kelsey’s 6-foot stature, requiring shorter pants and sleeves and a smaller waistline and hip. “I get five to six messages a day from women who are angry and upset and badmouthing companies, but I think women need to be grateful for how much these companies have put into the research and development of apparel,” she said. “There’s no way they make money on women’s moto apparel. We are a giant variety of sizes, which makes it super difficult for these companies to make apparel to fit every single female. Men are simple, they don’t have busts or curves.”

Jocelin, who spent part of her career selling motorcycle apparel, says there are not enough buyers yet for many companies to commit to creating a female apparel line. But Amanda offers a different perspective. The adventure rider says since women are forced to buy so many men’s motorcycle clothing items, the perception that there aren’t enough female buyers may be skewed. “The bigger the subsection of our niche gets, the motorcycle industry will have to cater to us because the demand will be there,” Amanda said. “Right now, it’s partly because we’re still buying men’s gear.” 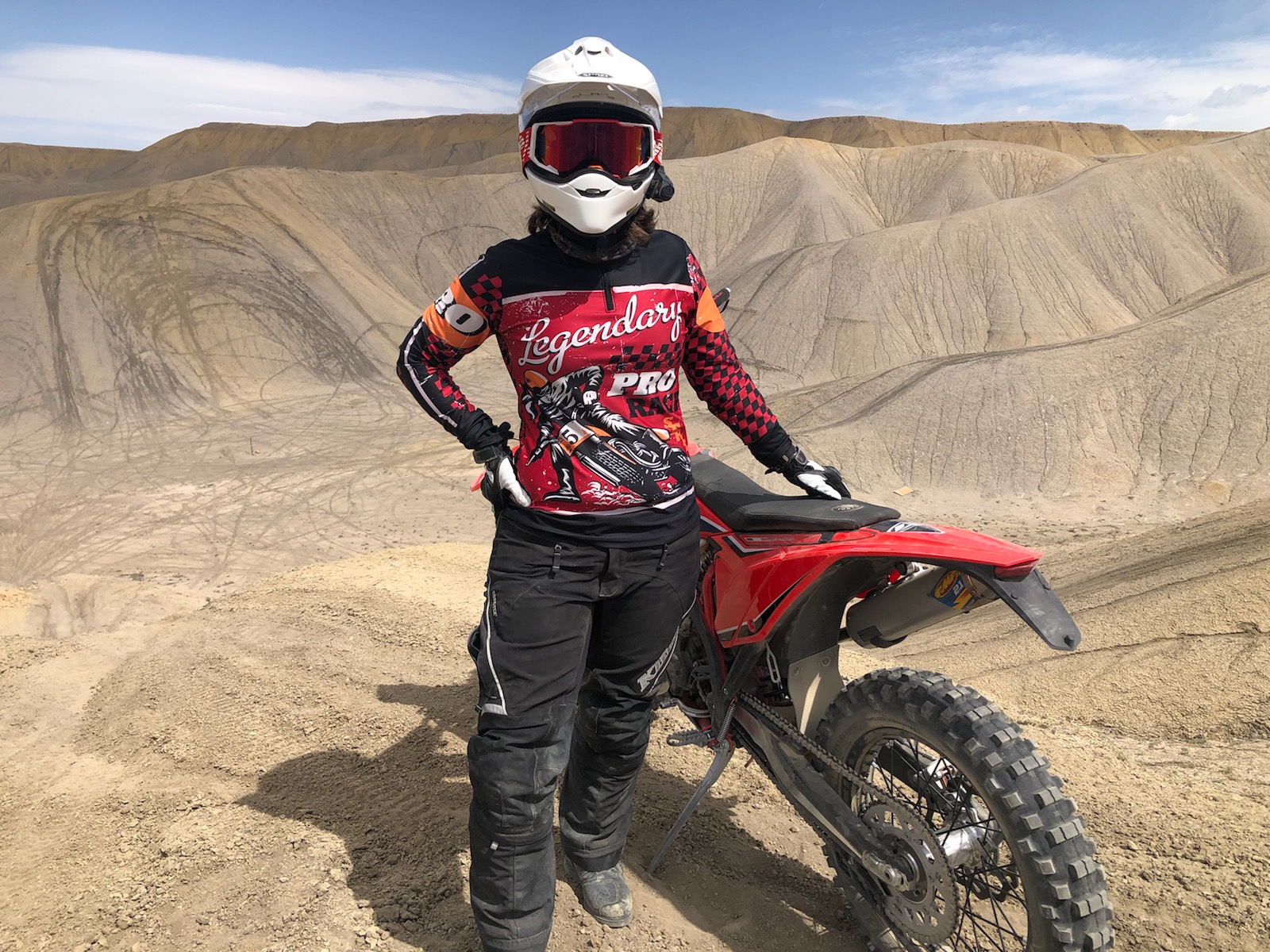 Chris Briggs and her business partner, Jenn Guerriero, decided to take a different approach with their line, Just Ride 5, offering breathable and stretchy fabrics for their line of moto base layers. Just Ride 5 doesn’t offer the Kevlar-padded jackets and pants of other companies, but they still see a need for desirable women’s riding clothing. Their focus is on a flattering fit with imagery that appeals to female riders.

“Art is so subjective, and that’s where the imagery comes in,” Chris said. “Base layers are not unique, but putting imagery women can relate to, ‘I am a speed queen’ or “I want to be a track racer’ is iconic imagery that’s modified for the modern day. And women are drawn to these images. It makes them feel powerful and strong.” 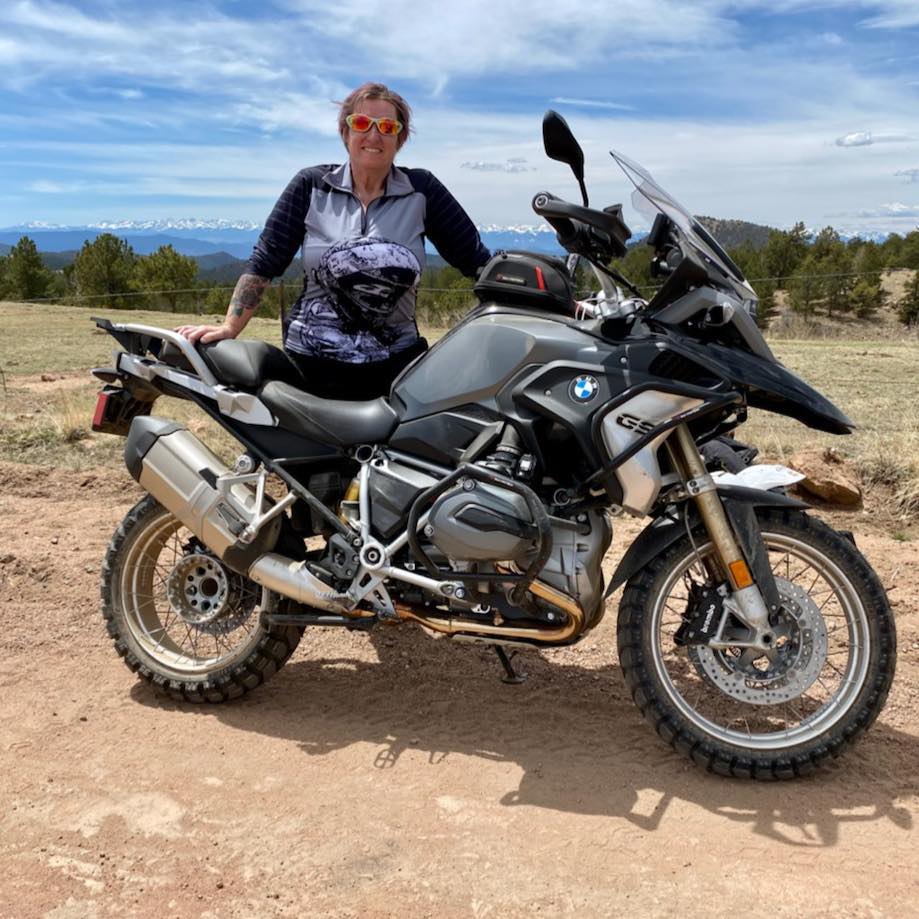 Kelsey said for her next Klim designs she will focus on mating flattering and trendy styles with safety, comfort, and ease for around-the-town or shorter day rides. “The biggest need for women in the moto industry, and what I see a lack in, is protective gear that’s really cute and comfortable, styles that women can wear that are trendy and that they feel good in. The stretch denim jean, the pit crew overall—that’s what I’m pushing for. The Artemis is great for touring, but to run around town, it takes a lot of energy to put on. I’m working on middle-of-the-road apparel, a little less than the Gortex, but comfort for on and off-road.”