In celebration of International Women’s Day, Expedition Portal presents six women who have made adventure look classy, sassy, and badassy. 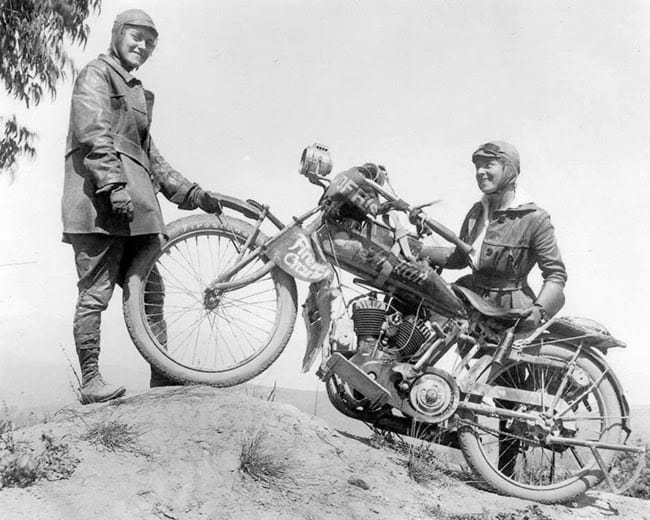 On July 4th, 1916, these two sisters took off from Brooklyn, NY on their respective 1,000 cc Indian Power Plus motorcycles and ended up in Los Angeles 60 days and 5,500 miles later. They were the first women to cross the continental United States solo by motorcycle, braving the harsh road conditions of the time, and countering the widespread belief that women were too delicate for such a feat. The sisters wore military leggings and leather riding breeches, taboo for the time, which resulted in numerous arrests throughout the trek for wearing men’s clothing. In Colorado, they became the first women to reach the top of Pike’s Peak by any vehicle, and they narrowly escaped death after becoming lost in the desert outside of Salt Lake City. Their ride was an attempt to convince the military that women should be allowed to serve as military dispatch riders– a position they were both denied the next year as the United States plunged into WWI. Augusta went on to become a pilot and a member of Amelia Earhart’s Ninety Nines, and Adeline earned her law degree from New York University. They were inducted into the AMA’s Motorcycle Hall of Fame in 2002, and their descendants recently completed a 100th anniversary ride along the sisters’ route. For more information, check out the book, Grace and Grit by Bill Murphy, or the Van Buren Sisters family-run page at http://www.vanburensisters.com. 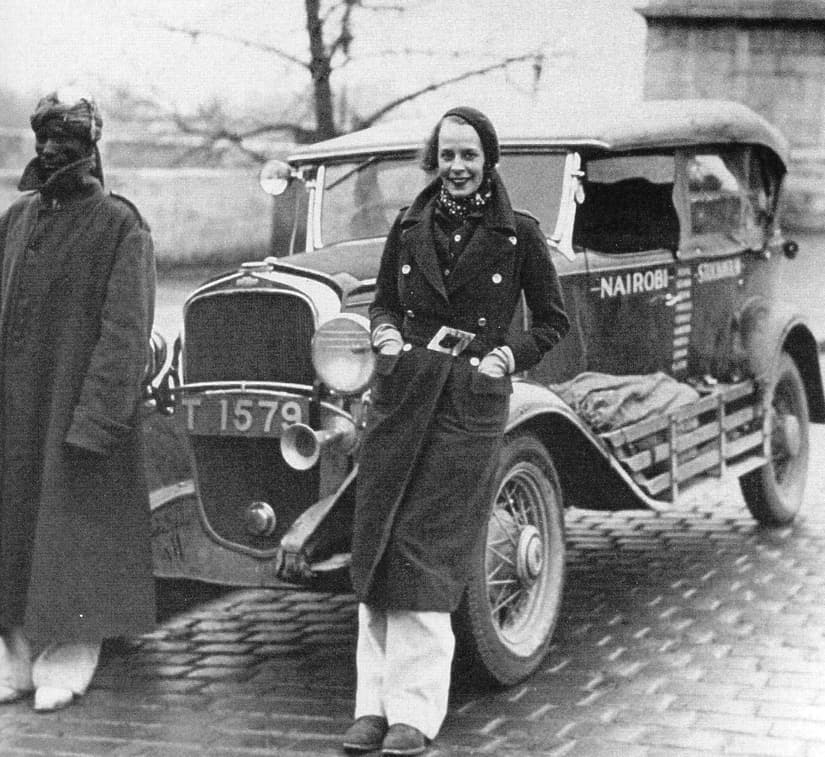 This Swedish adventurer was a travel writer, war correspondent, scientific explorer, aviator, and Sweden’s first female rally driver. She had a tendency to finance her exploits by making wild bets with wealthy society members. In 1932, she bet she could drive from Nairobi to Stockholm, a journey she immediately commenced and completed, making her the first woman to cross the Sahara by car. She spent time in Kenya with her lover and future husband Baron Von Blixen, taking part in scientific expeditions, and in 1936, they travelled to Ethiopia where she covered the Abyssinia Crisis for a Swedish newspaper. Her lifelong goal was to become the first person to drive the Silk Road, and on June 3rd, 1937, she left Stockholm on her way to Beijing. After having made it through Iran and into Afghanistan, she was detoured into India where she fell ill. While she was recovering, the Second Sino-Japanese war started and prevented any travel to China, so she was forced to head home. Shortly after arriving in Baghdad, Dickson lost control of her car and died in a crash. 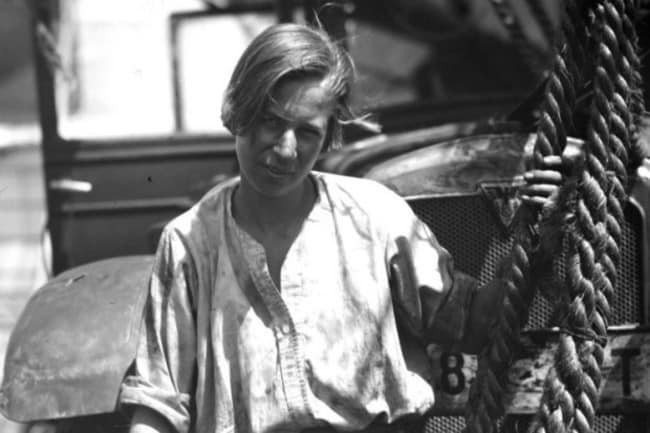 Stinnes was the first woman to circumnavigate the globe by automobile. A German race car driver, who by the age of 26 had won 17 races, she was considered one of Europe’s most successful racers. On May 25, 1927, she started her journey around the world with cinematographer Carl-Axel Soderstrom, whom she’d met only 2 days before. The pair took off from Berlin in a stock Adler Standard 6, sponsored by the budding German auto industry. They traveled through Beirut, Damascus, and Tehran on their way to Moscow. In Siberia, they crossed the frozen Lake Baikal and made it to Peking. They ferried to Japan and ended up in Lima, made their way through the Andes and back up into Central America. They eventually arrived in Vancouver, and met with President Herbert Hoover in Washington D.C. On the 24th of June 1929, they arrived back in Berlin after a journey of 29,000 miles by car. They had also fallen madly in love and married soon after, raising 3 children and several foster children together until Carl’s death at the age of 82. This is a German documentary of their adventure: https://www.youtube.com/watch?v=Dbq-kcZ-rKk 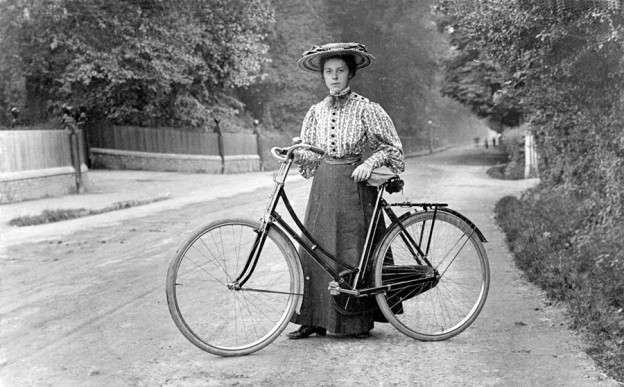 Annie became a media sensation when she travelled the world by bicycle in 1894. A small Jewish woman with three children under the age of 5 at home, she had never ridden a bicycle until a few days before her trip. The newly hatched bicycle craze was fomenting a gender revolution as women found a new means of independent transport. Several wealthy men made an unwise public bet that no woman could bicycle around the world in 15 months. Annie was up for the challenge (and the promised $10,000 reward). With monetary sponsorship by the likes of Londonderry Lithia Spring Water (hence her adopted nickname) she set out from Massachusetts State House on June 27th, 1894. She wore a long skirt and a corset, and carried guide books, a change of clothes, and a pearl-handled pistol. The 24 year-old started on a 42- pound women’s Columbia, but by the time she reached Chicago, she switched to a brakeless but 20 pounds lighter men’s Expert Model E Light Roadster. She also switched to bloomers, and later, to a men’s riding suit. After sailing to France, her bike was confiscated by customs officials, and her money was stolen. She eventually wrested it free, and biked and sailed her way to Alexandria, Hong Kong, Singapore, and more. Back in America, she escaped being trampled by a runaway horse and wagon in El Paso and broke her wrist in Iowa after crashing into a gang of pigs. Annie supported her trip through an extraordinary ability to sell sponsorship, and through lectures she gave as she rode, made more interesting by her tendency to claim she was an heiress, Harvard graduate, and tiger hunter. She made it back to New York on September 12th, 1895. When she published an account of her experience in the New York World a few months later, it was received with great fanfare and media blitz. Read more in Peter Zheutlin’s Around the World on Two Wheels: Annie Londonderry’s Extraordinary Ride. 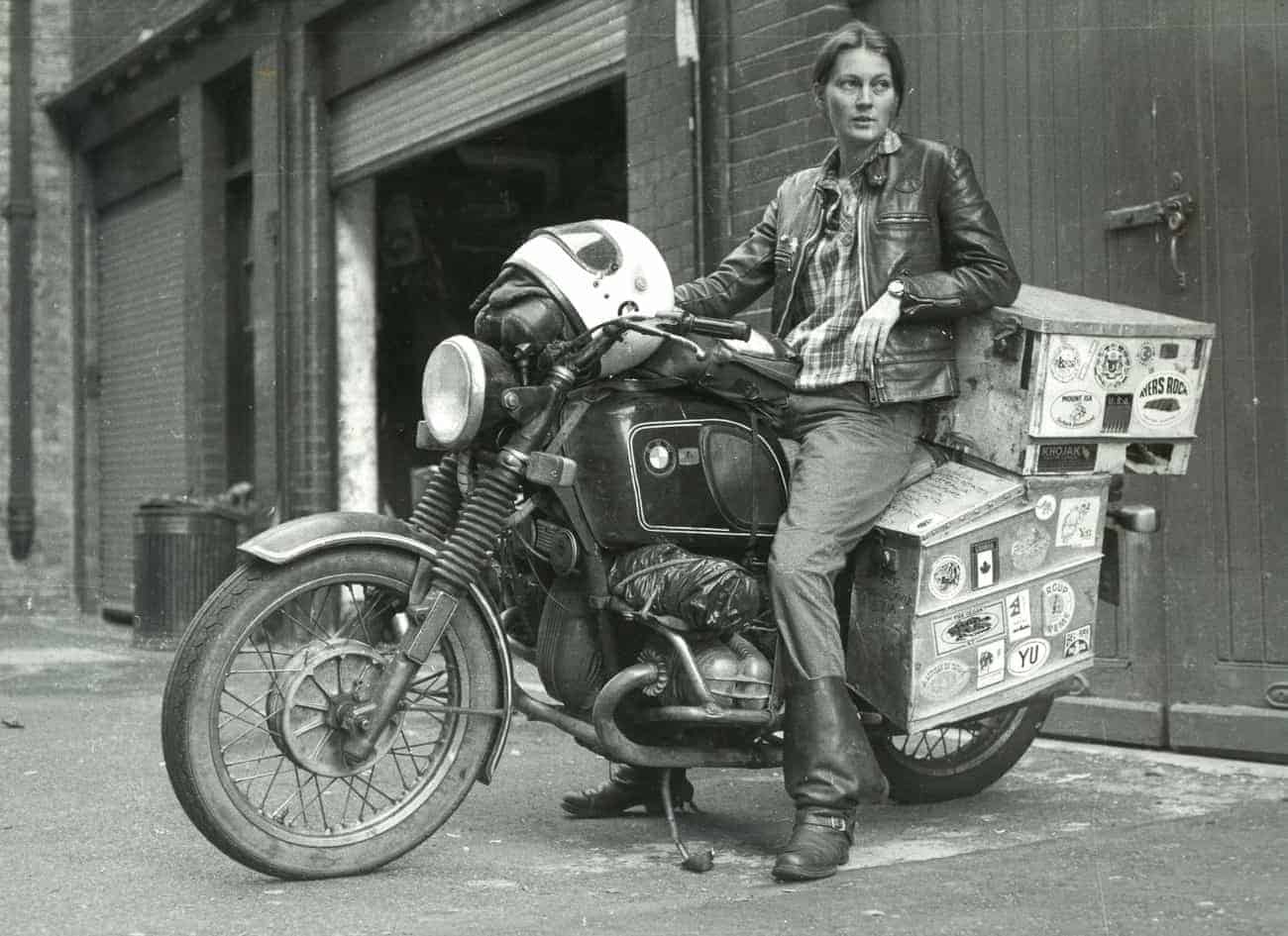 In 1982, Beard began her round-the-world motorcycle trek on a BMW R60/6, becoming the first Englishwoman to do so. Beard was in her third year of architecture studies when she decided to hit the road. The Brit had her bike shipped out to NYC, and hit up Canada and Mexico before heading to Sydney. She worked as an architect for 11 months before motoring across the Australian continent, and then made her way to Singapore, Pakistan, the Punjab region, and Turkey. She’d put over 48,000 miles on her moto by the time she made it back to the United Kingdom in 1984. She is now an award-winning architect in Godalming. For the complete story, be sure to read Lois Pryce’s interview with Elspeth in Overland Journal’s upcoming Spring 2017 10th Anniversary Issue.