I blame my Dad for my adventurous side. “Where’s your sense of adventure?” he would say to the doubters. He never had to say that to me. I was his little sidekick, sleeping under the sails on moonlit nights after calling my mom from south of the border somewhere to tell her that our afternoon sail got a bit extended. I scared him about to death up some mountain the time his dirt-bike broke down and I was ahead of him on my own bike, doing 30 mph until he couldn’t hear me any more. I was seven years old. I eventually came back, and we both lived to ride another day. We had all kinds of fun together, and some close-calls too.

Yet for all the wild living and crazy stuff my dad did, he still managed to teach me to be steady and devoted to the family, or maybe that came from my mom. However it happened, I have been caught in the middle ever since. I never hopped on a motorbike with fifty bucks to my name and rode off to wherever, like I’ve always dreamed of doing. I’ve always worked steady jobs, I got married at twenty-two to the girl I dated since I was fifteen, and seventeen years later we have four amazing kids. On the other hand, I have traumatized my three-year-old daughter by taking her on off-shore boat runs up the west coast of Vancouver Island in our Zodiac, and I’ve tied two kids to my waist and one on my back because I just had to climb a mountain because “the baby is already ten months old now, he has to see the great outdoors, right?” I hope I am getting wiser with age. 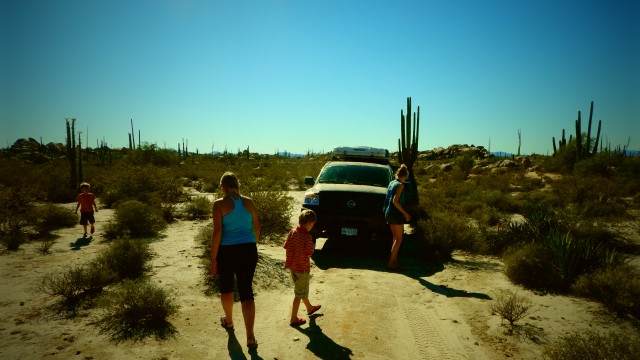 Its important to me to instill the same sense of adventure in my kids as my dad did with me, but I’ve got four kids and he only had two. He spared my sister on account of how much harder it would be to explain to my mom that she fell overboard, or rode off into the sticks never to be seen again. The point is, I keep dreaming up grand adventures but not doing them.

Not to say that our life is not an adventure. We live in a tiny community seven miles by boat from a tiny town, which is sixty mountainous kilometres by logging road from another tiny town where the asphalt begins, after which it takes another hour to get to where we buy groceries. Our kids take a boat to school every day and we spend the summer another twenty miles up the coast running an outdoor adventure program from our outpost camp. So, I suppose I can’t say we don’t do any adventures, but I had always hoped to do a big one, like sail to Hawaii, or drive from the Arctic Circle to the Equator, or row an open boat down the inside passage… that’s all doable stuff, right? It’s not like I’m asking to drive around the world or something. 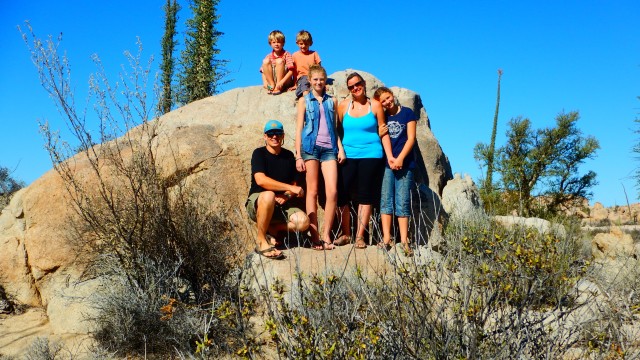 My chance came this past fall when we were given a three-month sabbatical from work. My wife and I were both starting to burn-out and we needed some time away. We work for a non-profit organization and have never had any real disposable income or time, so holidays and stuff have never been big. This year we happened to have sold the house we built down the coast in Tofino, BC, which put us in the unusual position of having money and time at the same time. This was the chance to have an adventure.

With both my wife and myself not in top form, I knew we had to do a trip that would fill both of our cups. The trip could not be more stressful than life at home, so those big adventurous ideas of mine were out. We couldn’t just blow it all on a Euro holiday either, and we didn’t want to spend the whole time just being couch potatoes. So we had to come up with a good family trip plan that would be just as good for the teenage girls as for the five and seven year old boys. Since I’m the Dad, it had to be adventurous.

Some generous friends offered us a few days in their timeshare in San Jose Del Cabo, Baja Sur. I said, “Lets drive there!” And in one sentence, we had a plan. Then Hurricane Odile hit and we learned that the condo had been heavily damaged, so we had to reconsider our plans. At first, we thought of doing something else, but after seeing pictures of the devastation we cried for the people and felt a resolve to go there anyway. Not with some great mission or purpose but just to be in solidarity with the people who had lost so much. Even though we would be just another truck-load of gringo tourists we hoped our tourism dollars might be appreciated. 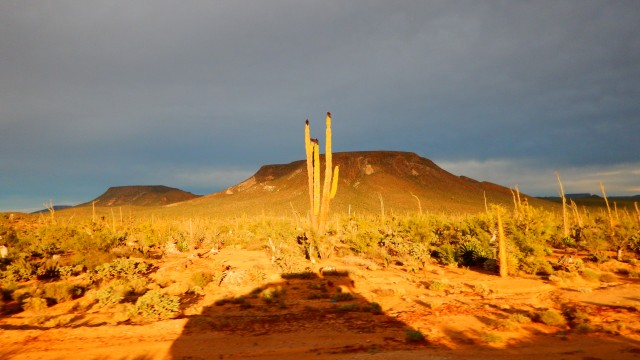 Now the question was, how do we do this? A family of six, camping with surf gear, small children and teenagers. It’s a long ways to drive through cities and wilderness, not including the gravel, sand, pavement, and mud. We had to be efficient. I went into overdrive planning different setups for our new truck – a four-by Nissan Titan Crew Cab. We needed racks, jacks, compressor an ARB bull bar, and of course we needed a winch with an anchor for sand, or did we? I was totally dreaming, but I managed to get my head back together and we ended up with a pretty practical rig with two rooftop tents and no unnecessary weight hanging off the bow. We brought a small solar setup for long winter nights in camp, way too many surfboards, and some climbing gear that never came out of the bag. Most importantly, we had a happy family of six people on board. 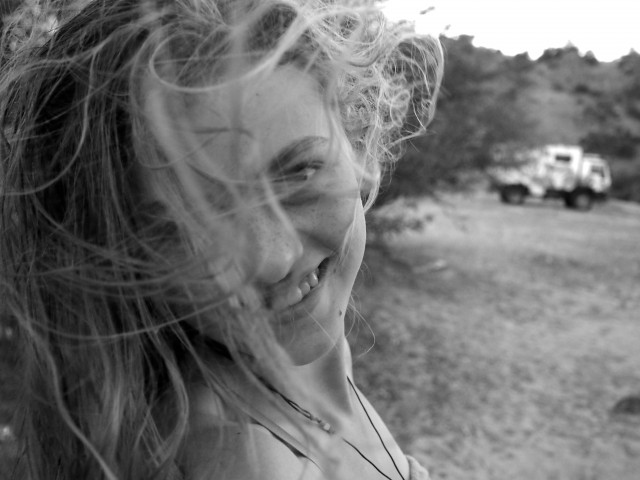 We drove over 11000 km round trip sticking to the coast from our western Vancouver Island home through the US on the PCH and then went east to enter Mexico at Mexicali taking the long rattly road across the mountains to meet Mex 1 near Santa Rosalita and carry on south to Los Cabos. As we traveled I started to realize that we were actually kind of special. You don’t see a family of our size traveling the majority of the length of a continent through three countries crammed on bench seats in a truck with tents bolted to the roof. We met over-landers in Man-trucks, snorkelled Sprinter-based Wohnmobiles, KLR 650’s, and even a beater astro van that had come from the Yukon, but they all housed couples, no kids. The only families we met were locals, or perhaps a small family in a camper from So-Cal. I began to see that the real adventure in doing this was doing it as a big family.

The adventure is what we were looking for in the first place, but now we were experiencing it. When I think of the cool stuff we saw, and the things my family will never forget; like meeting Coco at his corner and having a coke, or the steep sidecut road to Agua Verde – which the girls enjoyed but never want to do again, or trying to sleep on top of a truck with thirty-knot Santa Anna’s trying to blow the tent off, or how nice it is to be back in our rooftop tent after a few nights in a hotel. All these things add up to make a great trip. (Except maybe taking my wife to the hospital in Cabo with every bug in Mexico brewing in her stomach.) The important thing is, don’t forget the little concessions like a little Baja, a little Palm Springs, a little wilderness – and let’s hit up Disneyland on the way back, because not everyone in the family wants to drive a thousand miles on sand.

Sometimes my sense of adventure seems to compete with family life and responsibilities, but I think this trip brought the two together in a way that instilled the values that it is possible to live your dreams and do your adventures. They can be even better when you consider everyone. I feel especially blessed when the kids ask me when are we going camping again. I don’t think it would be that way if I was off doing it on my own all the time.