I had been there before, a few years prior, for one of RawHyde Adventures’ off-road events. I stayed at great places, hiked beautiful trails, and spent four days riding Touratech’s F800GS across some of the most scenic and scary mountain roads I had ever encountered. So when an opportunity to return arose, I couldn’t pass it up. Moab is an amazing place. I know this because I’ve been, and if you haven’t, you should. My first close encounter with Utah’s answer to Disneyland for adults came when I was just eight years old. My father had planned a mountain biking adventure that would take the two of us from Seattle to the southeast corner of Utah and back. Only when we departed our home in the Pacific Northwest, with the front end of his 1985 Peugeot 505 pointed straight toward the southeast, the temperature gauge in that area was well over one hundred. When we rolled into Boise, ID, the thermometers in Moab had climbed to 120 degrees Fahrenheit. A practical man, my father decided that subjecting his eight-year old son to that sort of heat, while mountain biking, was probably a bad idea. So we stayed in Idaho, exploring a place called Stanley, which I came to love, and have always wanted to return to. We also visited the house where Ernest Hemingway shot himself with an Abercrombie & Fitch shotgun. My father is an interesting man; I’ll leave it at that. 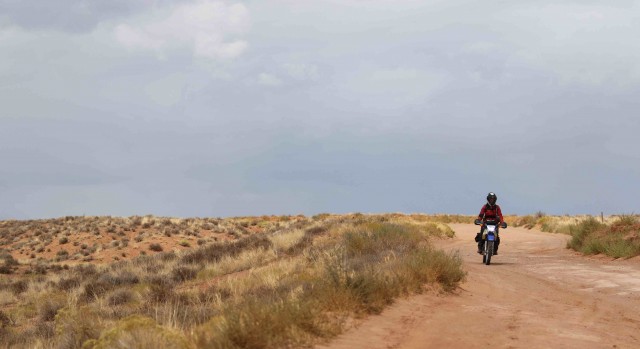 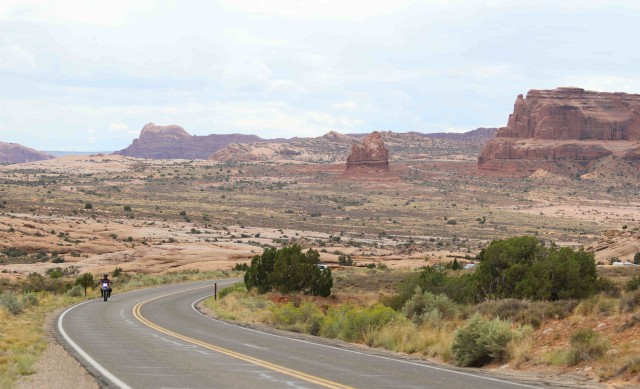 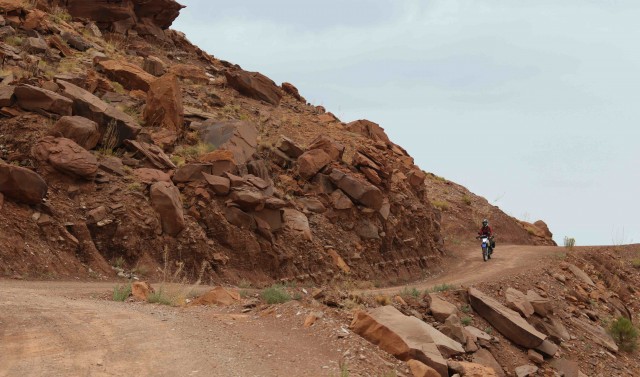 Our itinerary this trip was a convoluted list of events, obligations and friends we needed to visit during our multi-thousand mile road trip from Seattle to Phoenix, by way of Baja. This is how we ended up in Moab – in a way. Kyra had never been, and my desire to return outweighed other things we could’ve done to kill time before we had to be in Baja. Following a quick call, reservations were made at a campground just outside of town. Plush by car camping standards, the spot we selected had laundry on site, a pool and a small store that sold just about everything you might need. Spoiled? Sort of. But we didn’t come to Moab to camp. We came to explore the area on our dual-sports, and to hike into some of the more well known National Parks, namely Arches.

So what’s so special about all this? Why do you care if we spent a week hiking and riding in an area frequented by countless sight-seers, retirees and international explorers? Well, as I’ve discovered through countless conversations with friends, family and the ‘ought-to-be familiar,’ Moab is a place a lot of people miss on the map, choosing instead to see the Grand Canyon and skip the state of Utah entirely. But for those of us that read the story in Outside about the dumb kid who fell into a canyon, got his arm trapped by a bolder and eventually cut it off with a dull multi-tool, Utah is sort of a must see. Or so I assume. Like I said, it’s ‘Adventure Land’ for adults. The reality is, however, that Moab has been on “the map” since the beginning. Four-wheel drive, outdoor walking and dirt bike enthusiasts have been exploring this area for decades. So you’re not the first, and your adventure is not special. Or so I told myself. 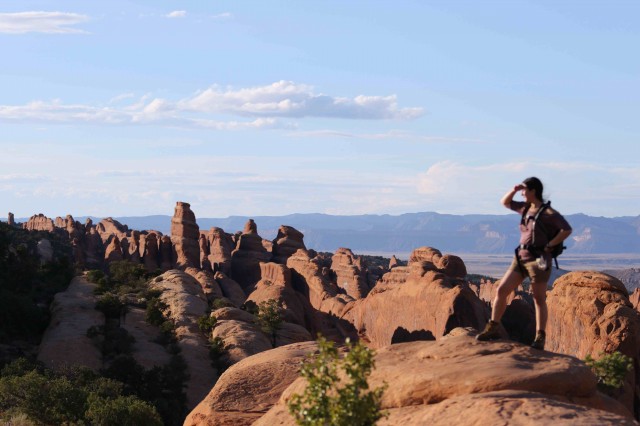 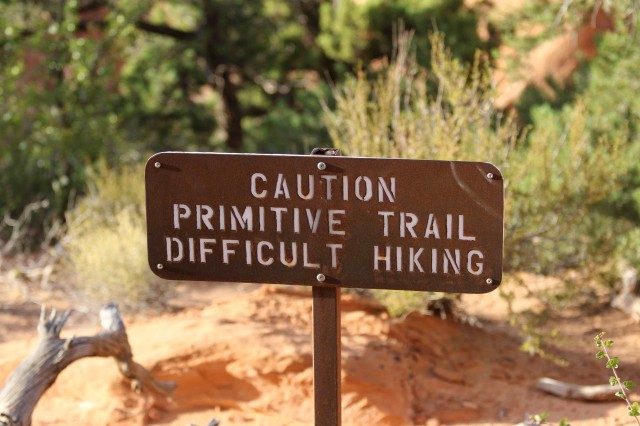 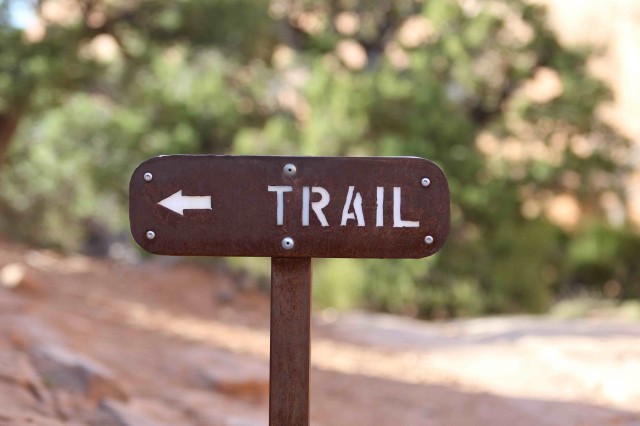 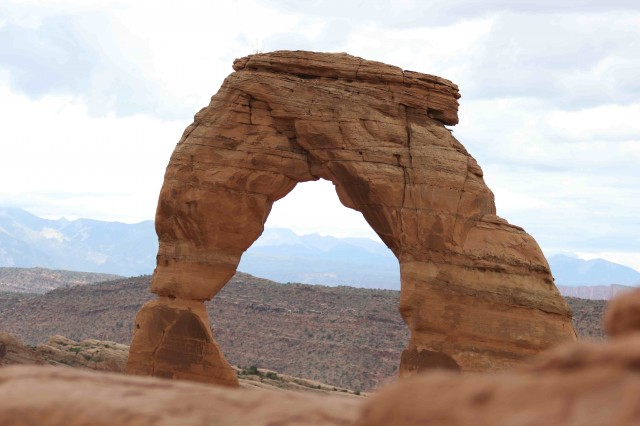 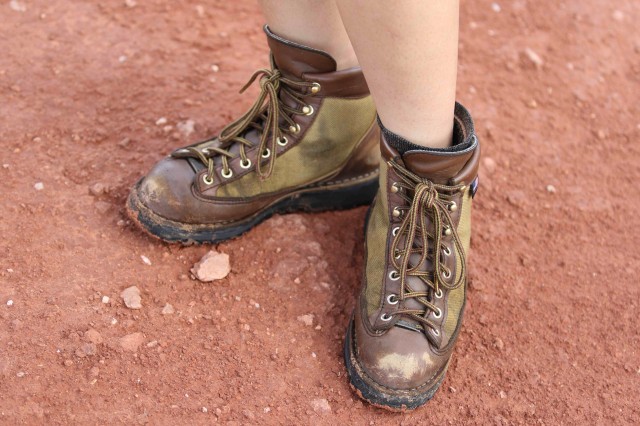 Our first excursion was supposed to be a simple hike to Delicate Arch. We loaded the bikes with water, snacks and camera equipment, rode into Arches National Park, gawked and awed at all the big burgundy rocks, and then peeled off our riding gear and proceeded to hike the two(ish) miles to the monument. Would I call it difficult? No. But if you’re out of shape, unenthusiastic or hate hiking, I’d suggest something else. That said, we made our way up the trail, which turned from sand to bedrock, and eventually lead us to a scene we’d become familiar with on our way through Utah – a half-moon, horseshoe shaped stone, sculpted by the Gods of Wind and Rain, which is ever present on the license plate of every Utahian(?). Beautiful?… Duh! So we spent a few hours enjoying its ambiance, and then eating graham crackers and bananas beneath the half-B. Our return trip, however, was interrupted by a flash flood which sent us scurrying for solace from the sideways rain. The sight afterwards, though, was incredible. The red rock was flush with white, the effect of sun shining on wet stone. Beautiful?…

The following day Kyra and I again loaded the bikes with the required rations, exited our cozy campground and headed west out of town. I had discovered a rather easy but scenic road that would lead us to Gemini Bridges, yet another unspectacular scene sculpted by the Wind Gods (wink!). After exiting the highway, red dirt was soon beneath us, and we climbed ever so gently from somewhere near sea-level to a few thousand feet within moments, or so it seemed. The view when we reached the top was spectacular to say the least. Moab and the valley in which it exists could be seen in the distance. To the other side was what awaited us, a pair of towering cliffs with a small space cut between them. 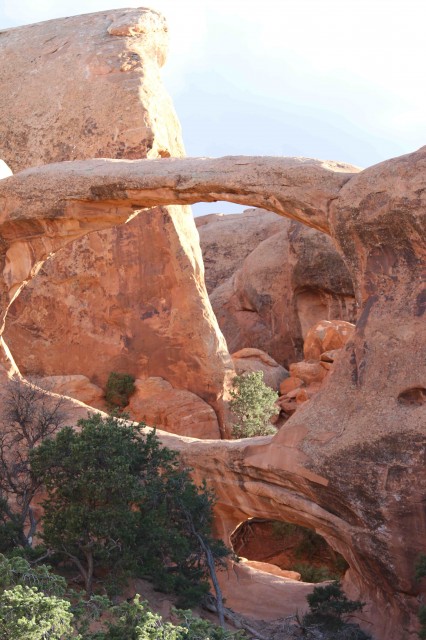 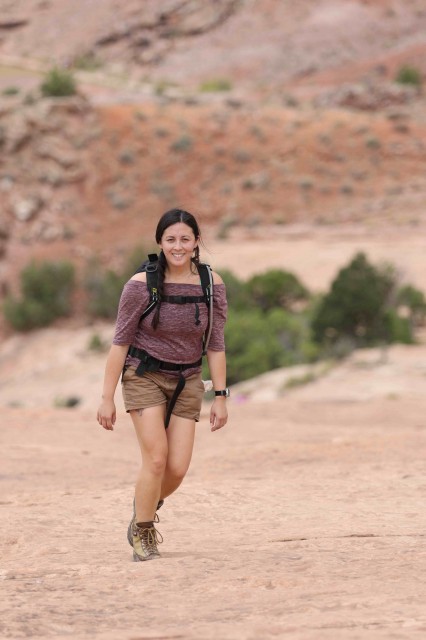 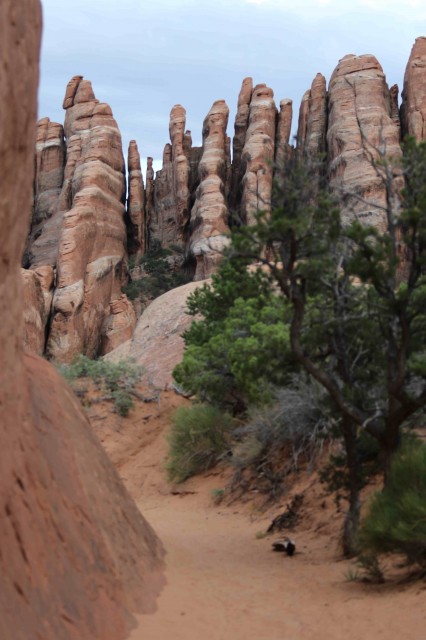 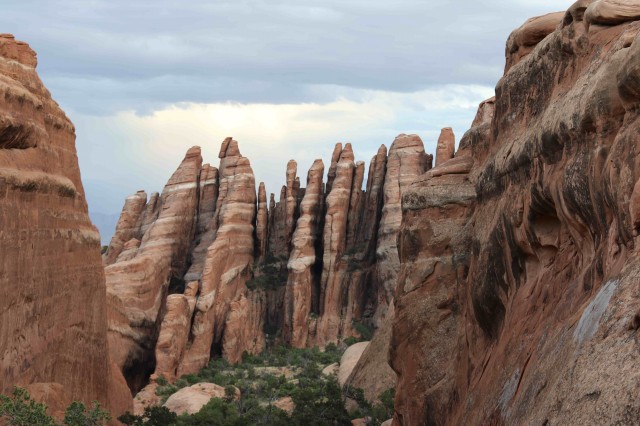 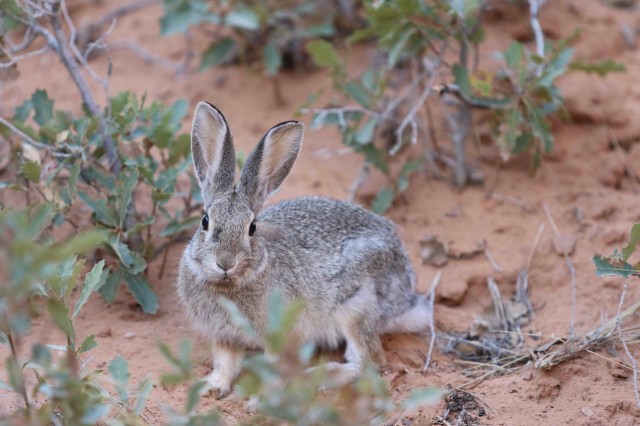 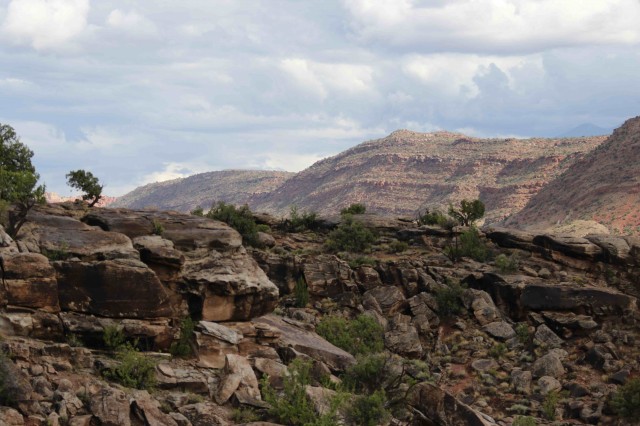 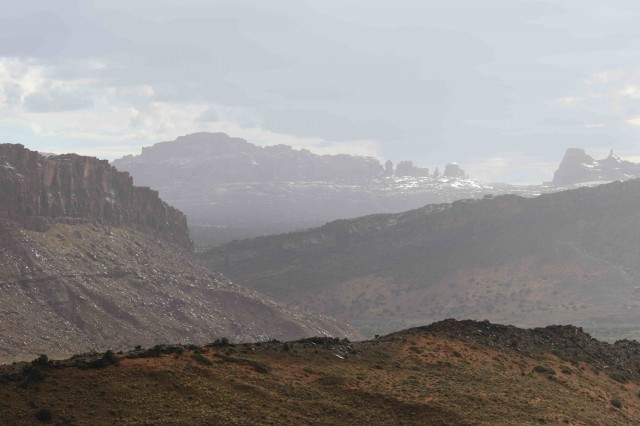 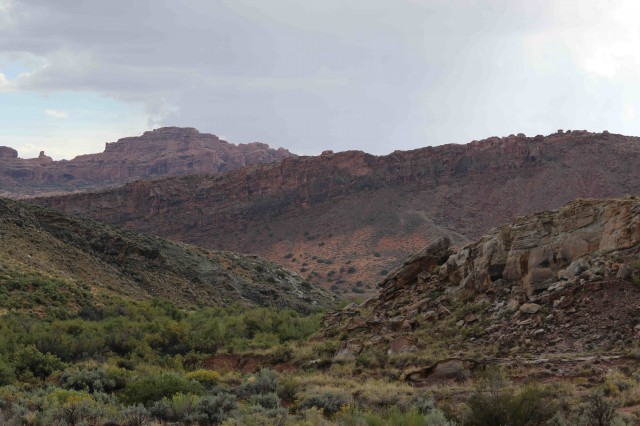 Have you ever seen the movie ‘The Never Ending Story’? There’s a scene when the protagonist, Atrayou, must make his way through a narrow valley past two statues, one on either side, with bare breasts, winged backs and lazer blasting eyeballs. Seriously, I can’t make this stuff up. In order for our hero to safely pass through this corridor he had to avert the glare of the two boobie clad birds, if I remember correctly. Obviously this isn’t what happened to us, but it was certainly what I imagined as Kyra and I made our way through the narrow canyon that would eventually open up, exposing yet even more epic scenery.

We rode fast and hard across a landscape I honestly can’t describe. The words, unfortunately, sound silly to me, so I hope the images help. After an hour or so we parked at what appeared to be the end of the line, and followed the signs to Gemini Bridges. But like any good adventure, one mustn’t see only what they’re told to see. So we explored, wandering around the area for quite some time. Our eventual departure would not be a return trip. Instead, we followed the “road” even further inland, winding our way through grassland, sandy stone valley stuff and, eventually, hitting a rather unexpected highway. What did we do, you wonder? We turned around and rode back the same way we’d come. You see, that’s the thing about Moab. It’s a ‘Choose Your Own Adventure’ of sorts. Sure, you can stick to the roads, paths and trails that people tell you to ride, but if you feel so inclined, I suggest exploring the stuff other people overlook. Besides, you’ll want to come back, I guarantee it. 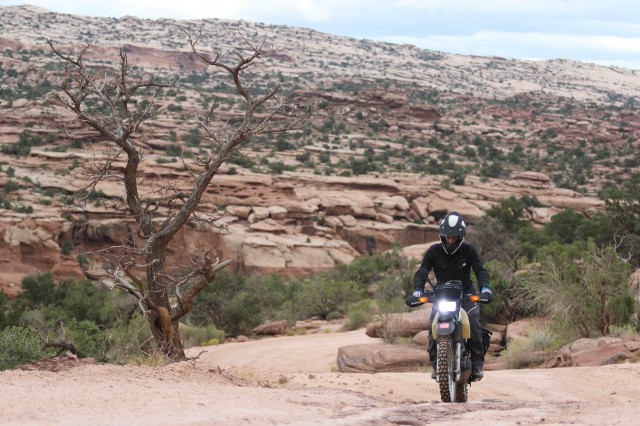 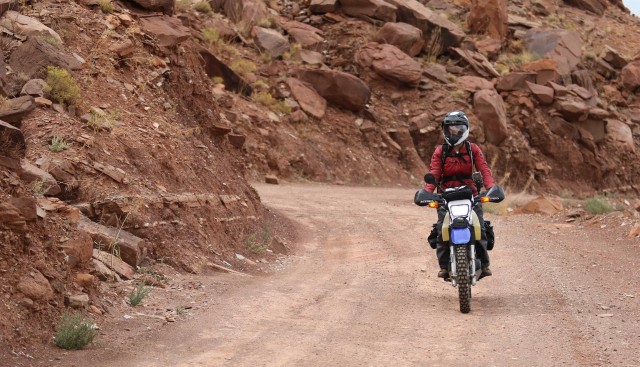 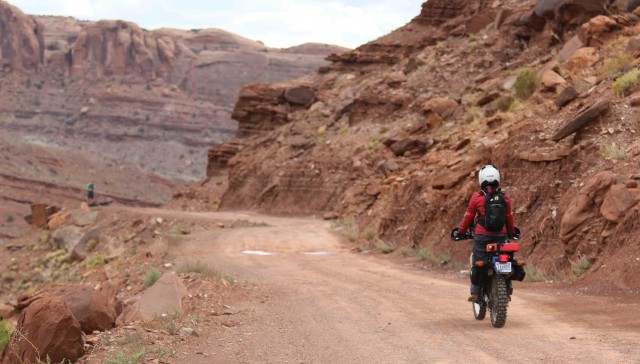 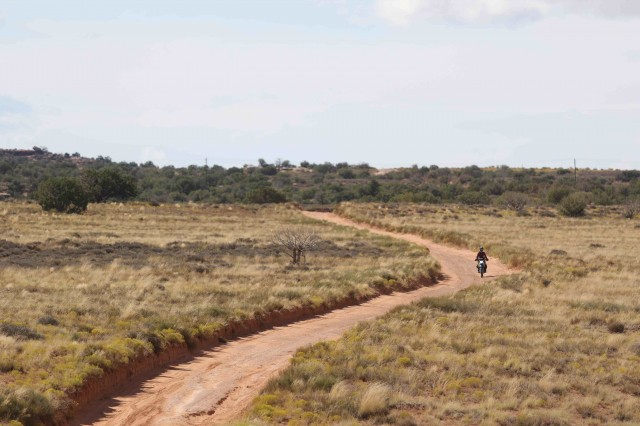 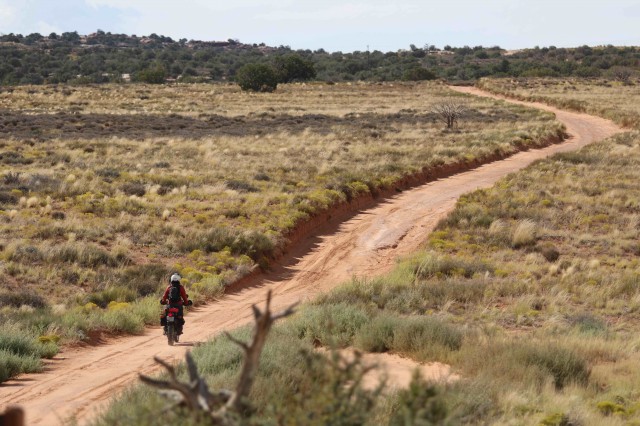 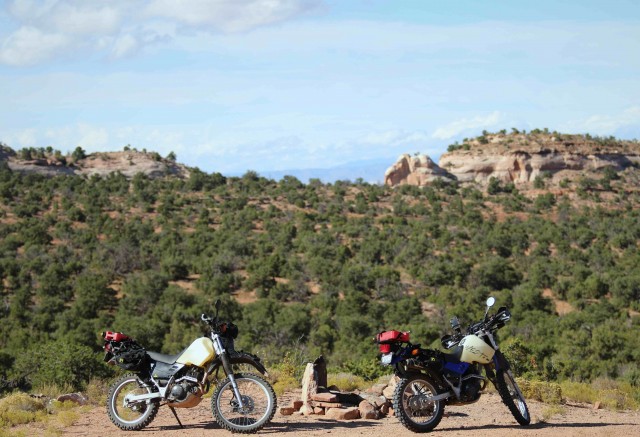 Justin W. Coffey is a freelance photojournalist. He is the co-creator of WESTx1000, a multimedia company that creates unique content for motorcycle community. Follow him on Instagram. 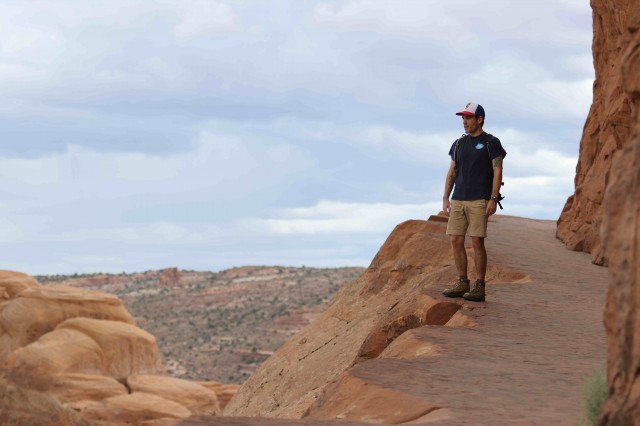 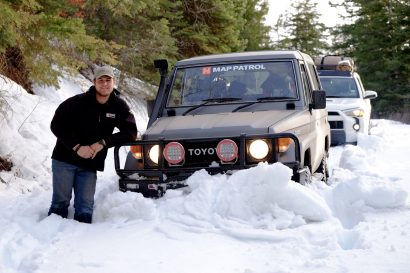 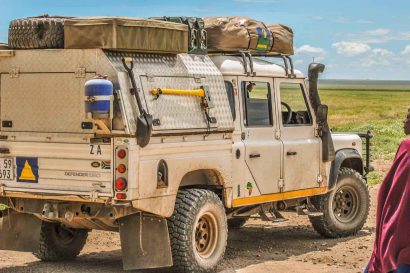 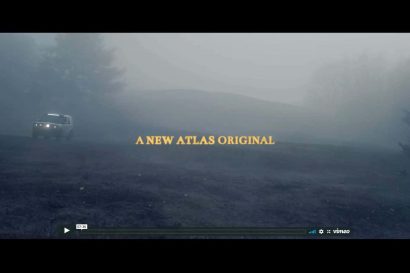