If there were a list of vehicles I would recommend for someone to take off-road, a Mercedes-Benz Sprinter probably wouldn’t be on it. At least, it certainly wouldn’t be anywhere near the top. They’re long, tall, heavy, and flex about as much as a skateboard. But they do have a few benefits that make them an attractive option for overlanders. The interior living space, for example, is cavernous, the payload enormous, visibility is excellent, and they can be serviced almost anywhere in the world. They’re also far more agile than you’d expect thanks to a turning radius designed for navigating narrow city streets. All of this made me a little curious to see how many people are actually taking their sprinters off-road. The answer is more than you’d think. There was one particular build that caught my eye, though, and today we’re going to be chatting with its owner, Brian Lau. 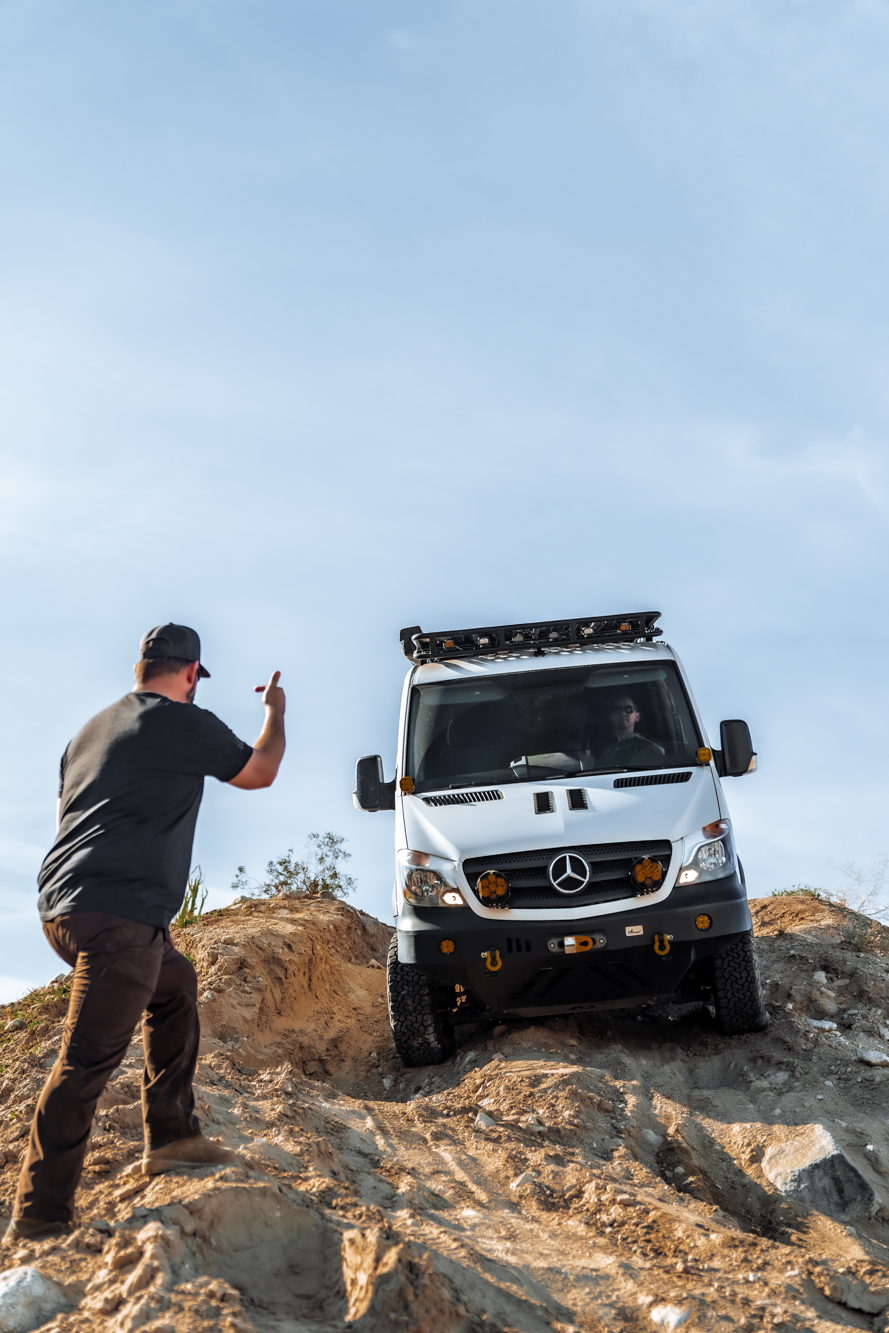 Okay, so what’s the backstory here? You have a pretty cool build, but why did you choose a Sprinter, and why the dual rear wheel for that matter? Are you planning to go full-time on the road someday, or does it support some other hobby or your work?

That’s actually an interesting story. Truth be told, I never meant to keep the Sprinter. I’ve always liked them, but they were more than I wanted to spend for a weekend warrior project, and at the time I purchased this one, there was a 6-to 8-month wait for a 4×4 model. Since they were so difficult to obtain, I had originally planned to flip it. A friend of mine in the “green” industry told me they were in need of 4×4 Sprinters for transportation to and from farms down rough roads. If I could find a 4×4 Sprinter, they would pay a premium for it. Naturally, I made some calls with some contacts and received a call about a week later from a dealer with a 4×4 model on the lot. They gave me 30 minutes to grab it before it was listed to the public. I test drove it to make sure nothing was wrong, and to my surprise, instantly fell in love with it. My plan to flip it suddenly fell apart.

As for why I chose the low roof, dually configuration, I really didn’t have a choice at the time. As fate would have it though, it turned out to be exactly what I wanted. I love that it’s different, and also a rare configuration.

Unfortunately, full-time van life isn’t in my cards yet. However, I do get a lot of weekend time off-road which is great. Weekend trips about once or twice a month is perfect for the kids to get their energy out, play with others, and explore the outdoors. For me, it’s pretty much what drives me to work through the week. 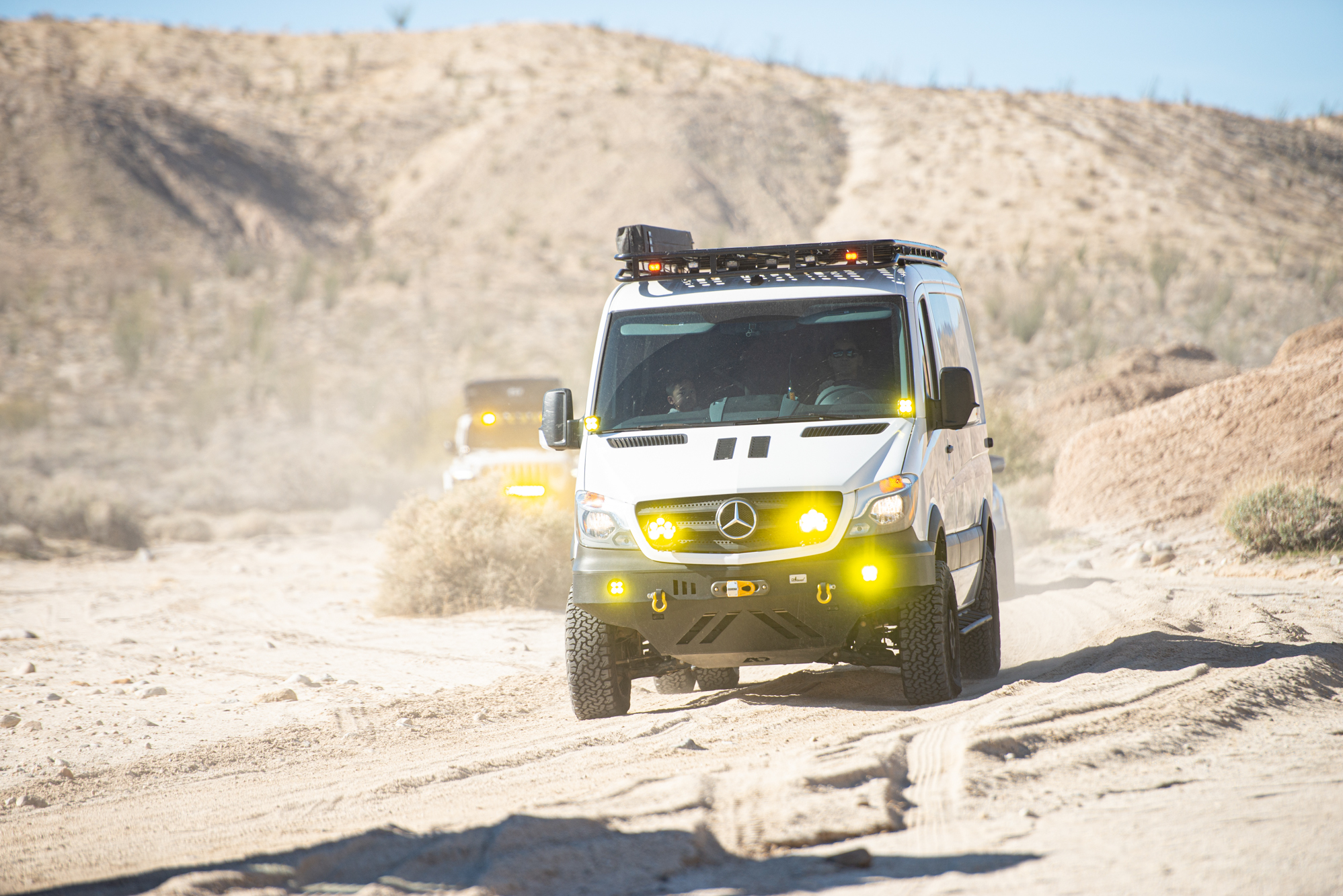 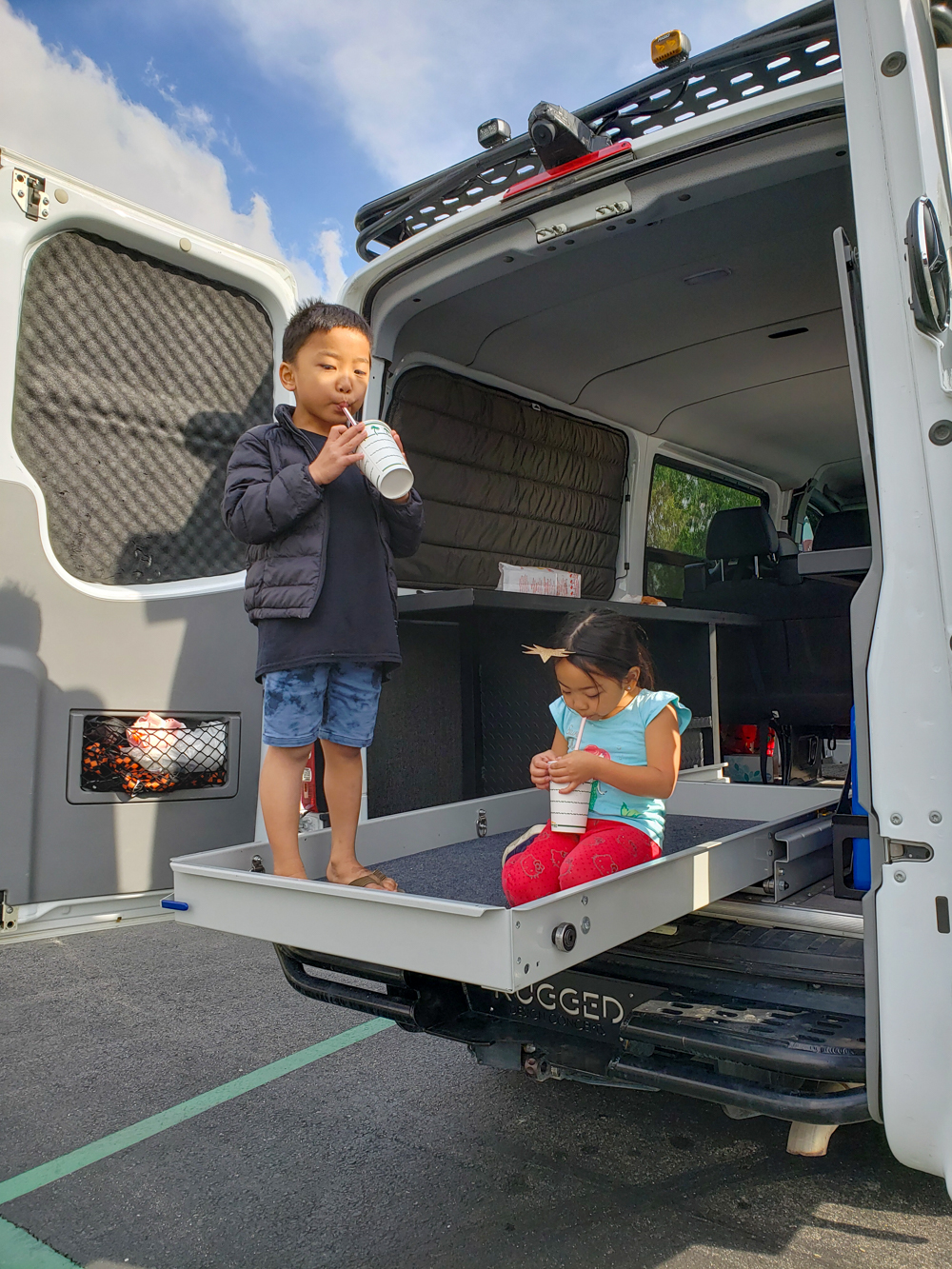 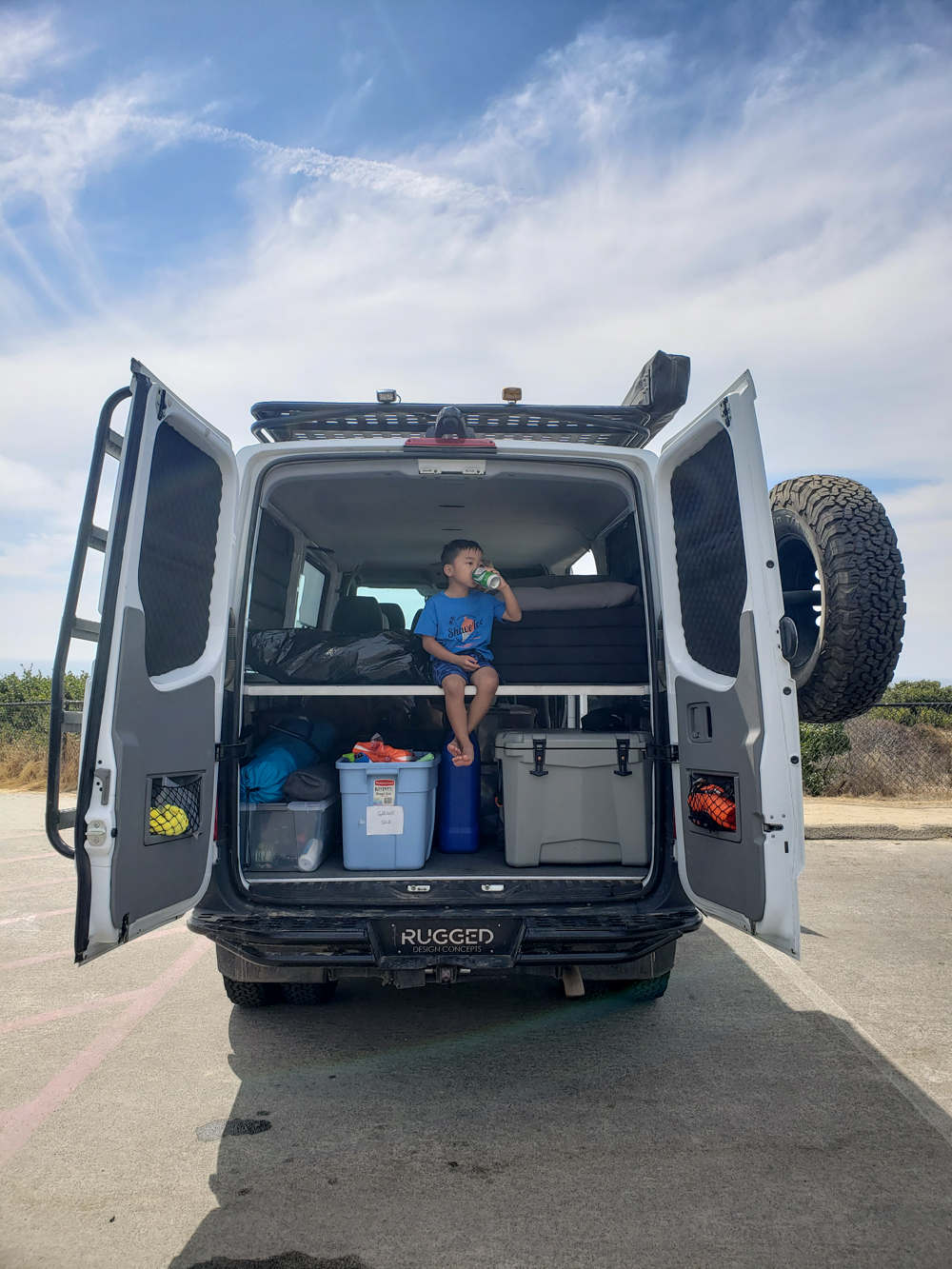 Walk me through the evolution of this thing. How did it get to where it is today, and did you make any mistakes along the way?

The first thing I did when I got the van was Google “off-road Sprinter,” and Agile Off-road popped up. I did some research, and before long, I was at their shop getting outfitted with BFG K02 tires, Aluminess Nerf bars, and Baja Designs lights. With my history of owning vehicles, I knew it would never stop there.

I added tint, new seats, windows, and upgraded Fox shocks. Every month since ownership, I’ve managed to add something new. It’s addictive, and somehow, I justify it as a necessity. Fortunately, I haven’t made any mistakes I can look back on with regret. I consult with the professionals in the industry that have great insight and know what my objectives are. I value those relationships I’ve built along the way, whether at the shops or campsites. 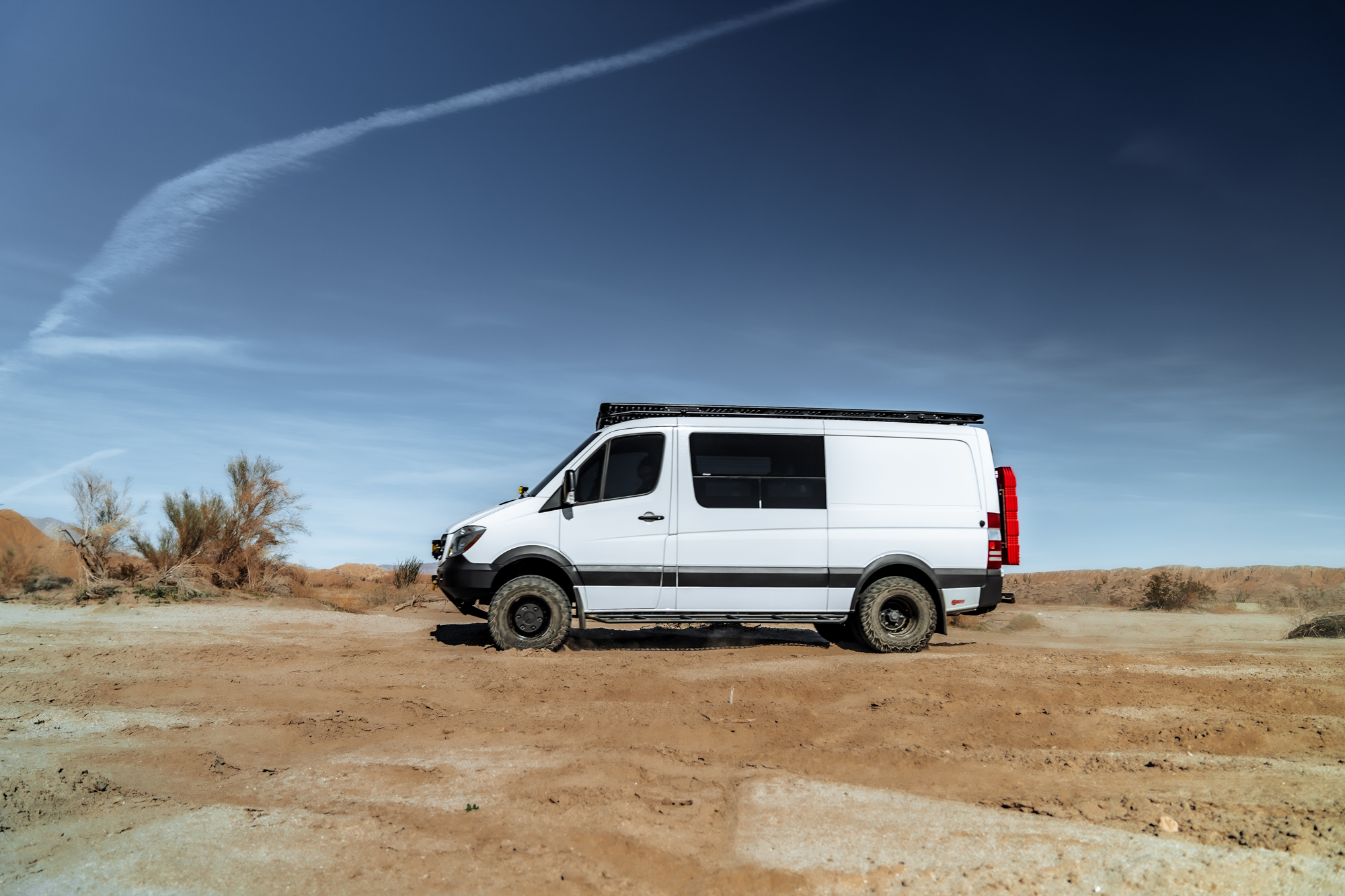 Okay, so what parts are on it now? 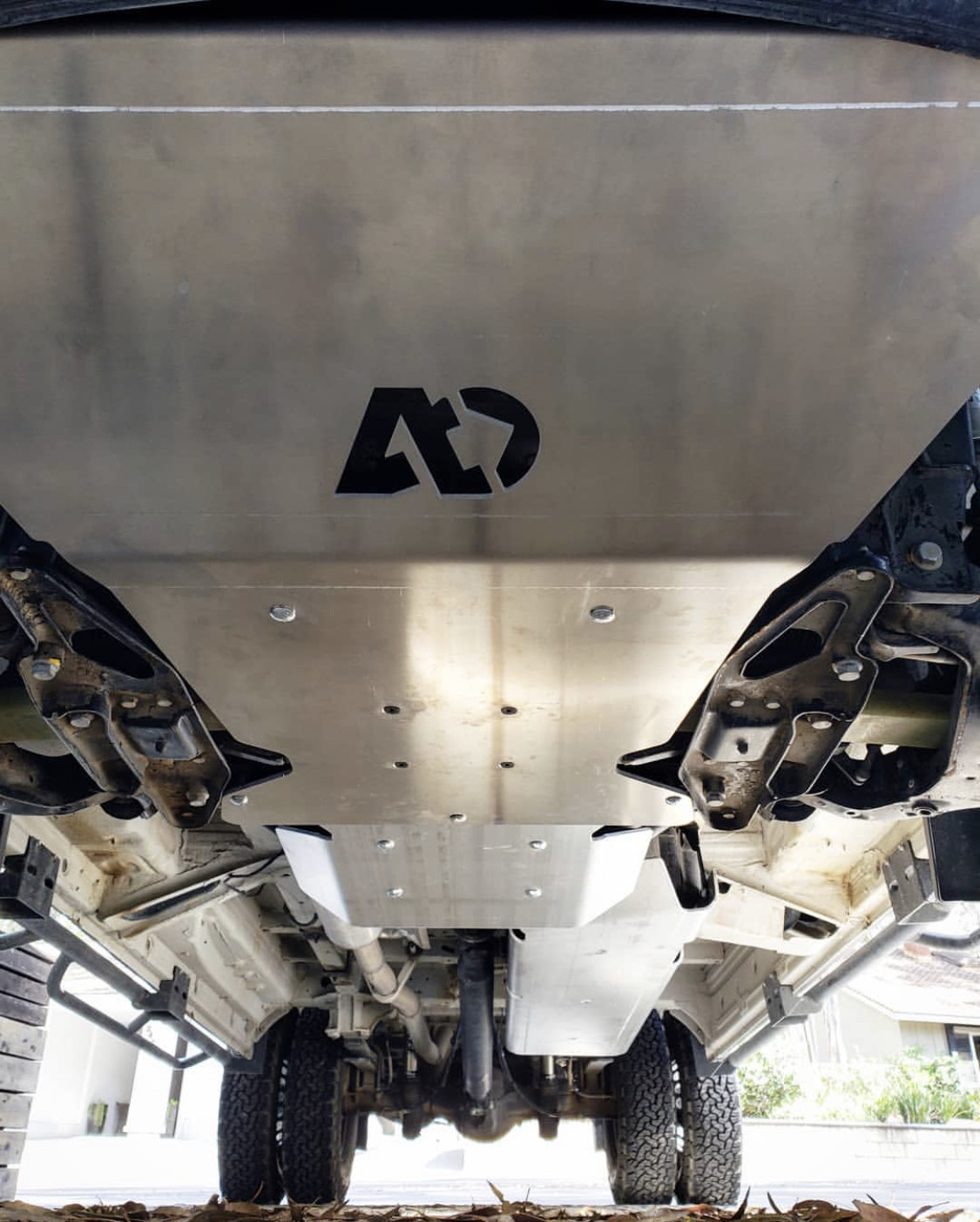 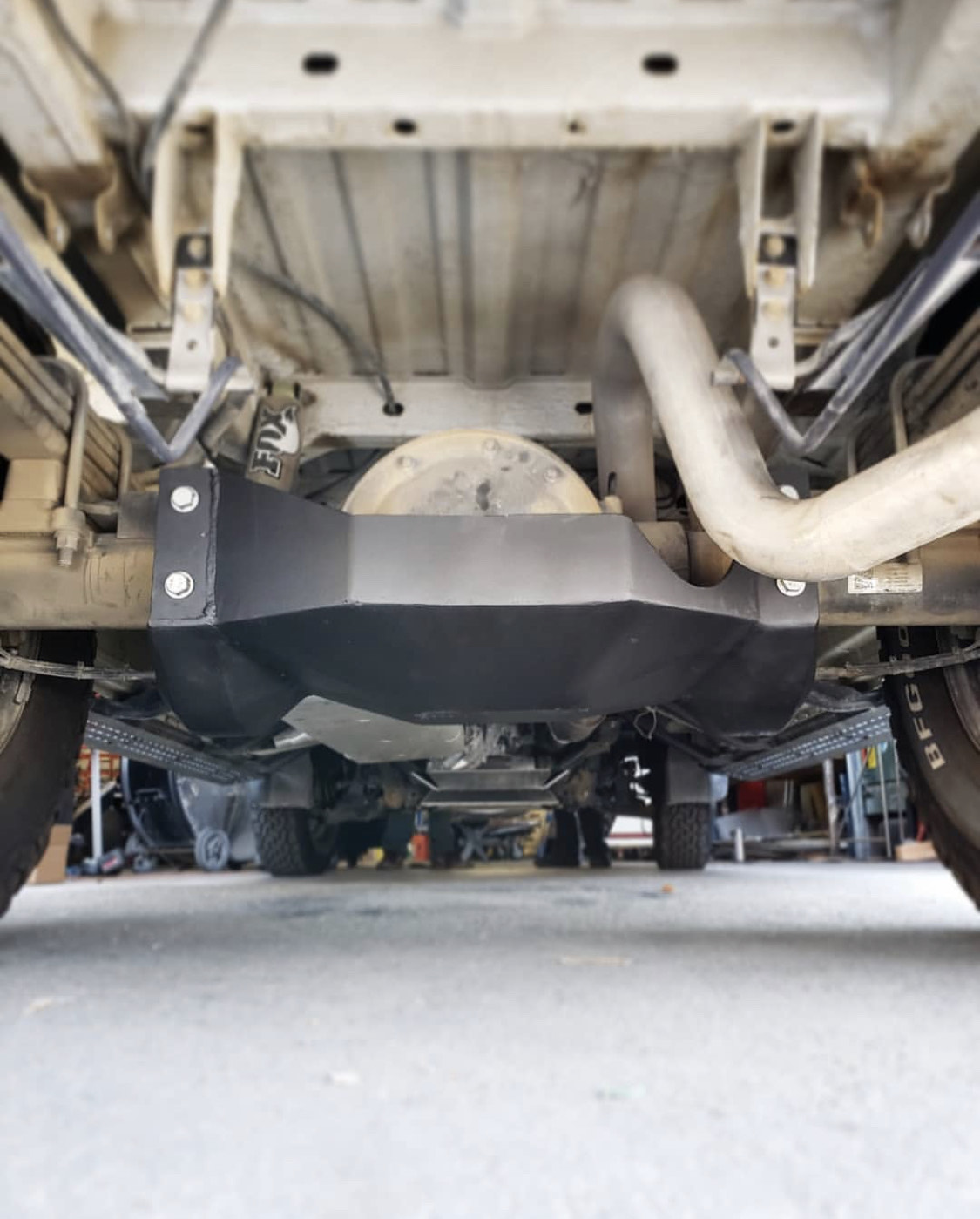 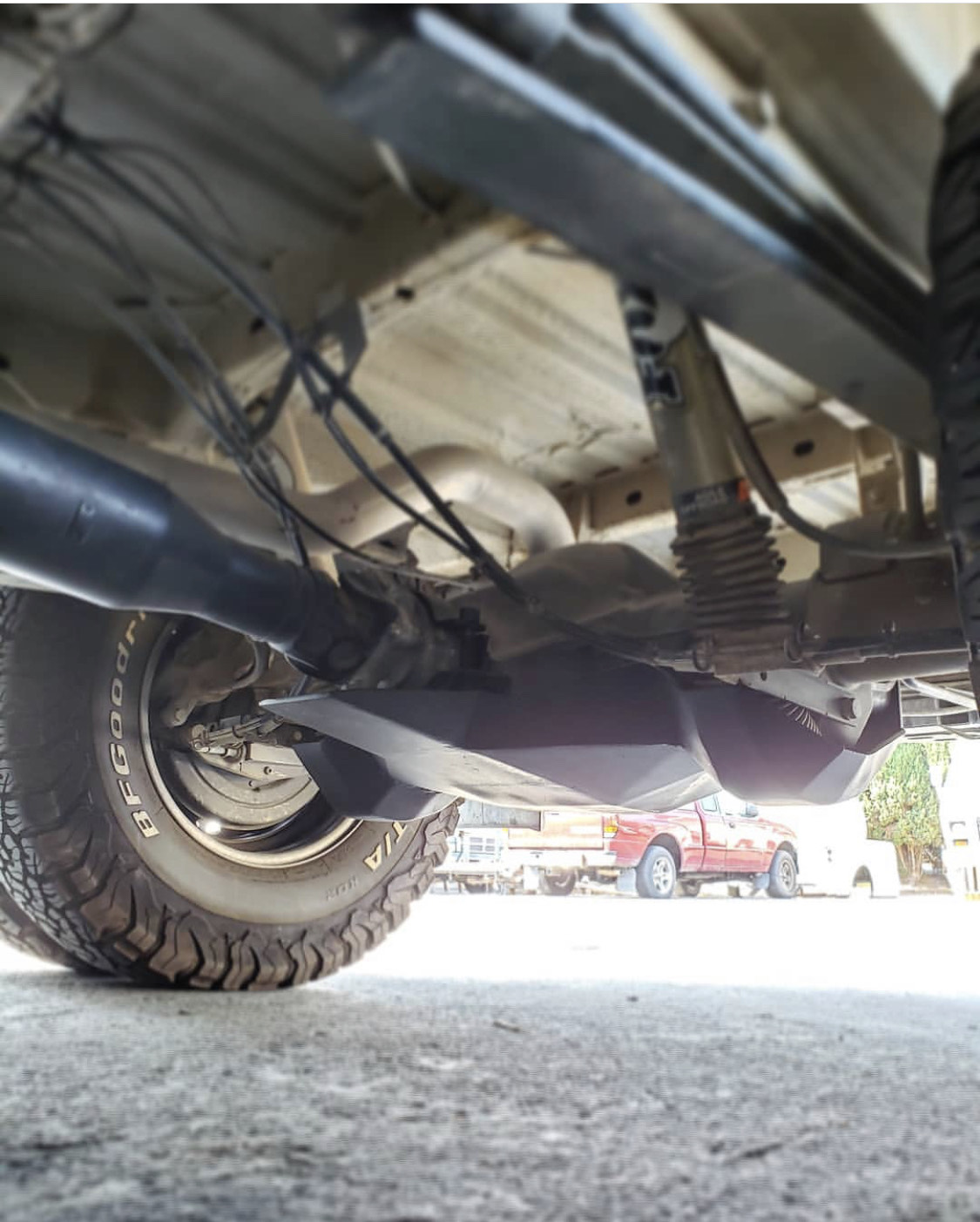 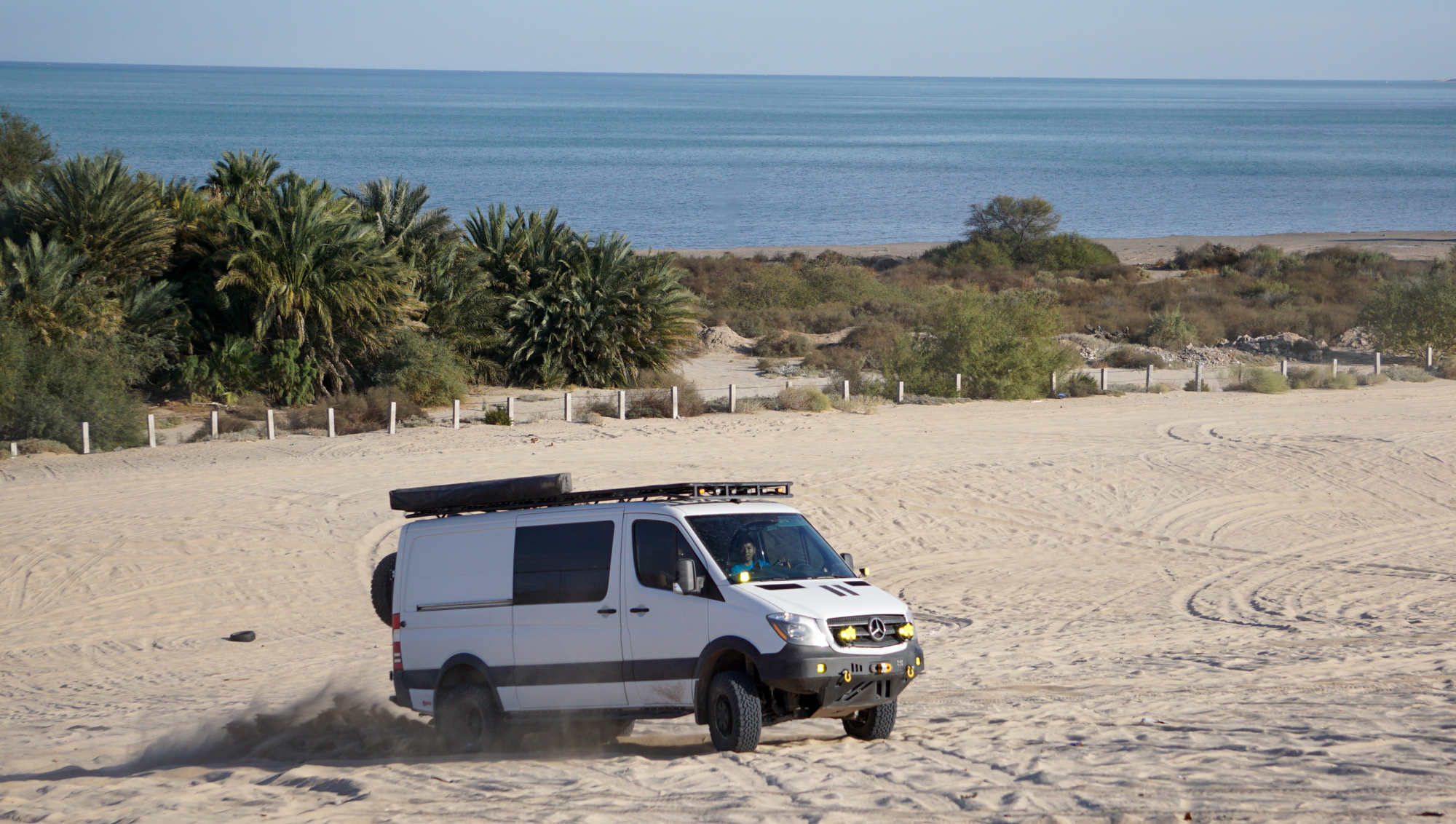 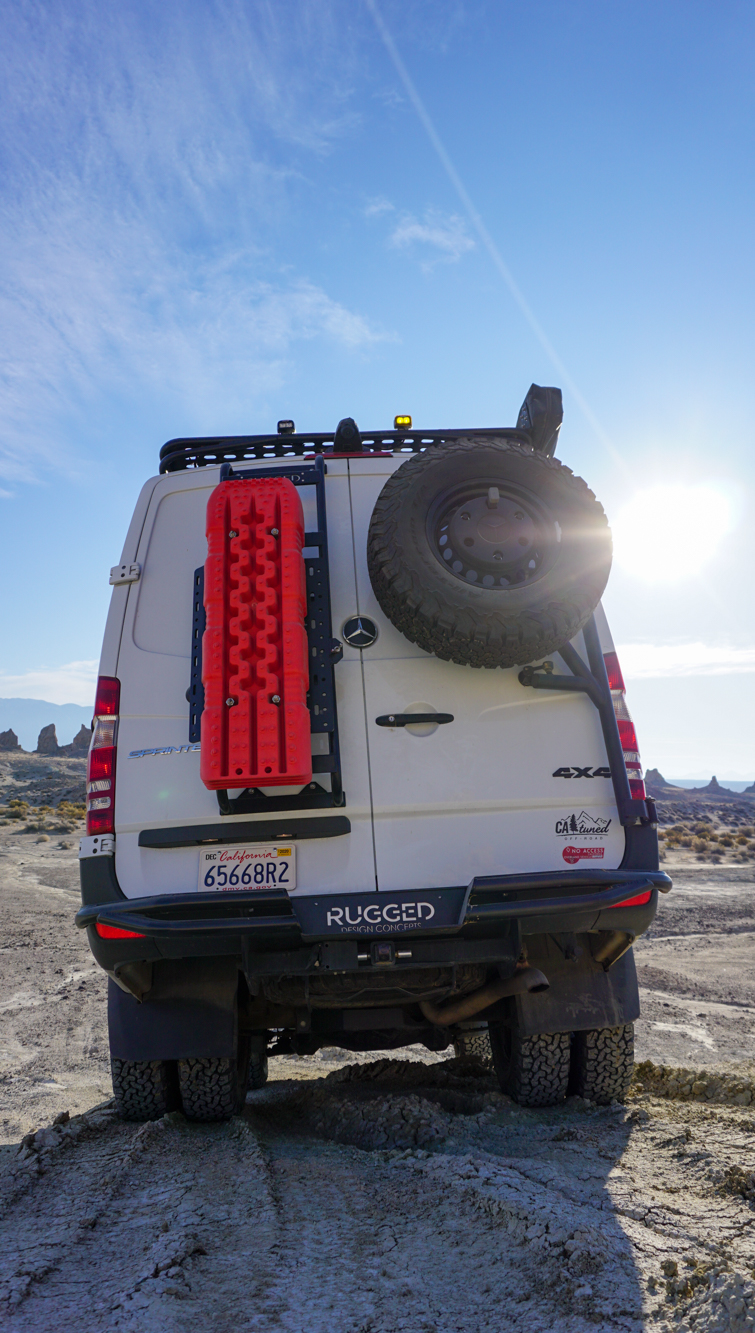 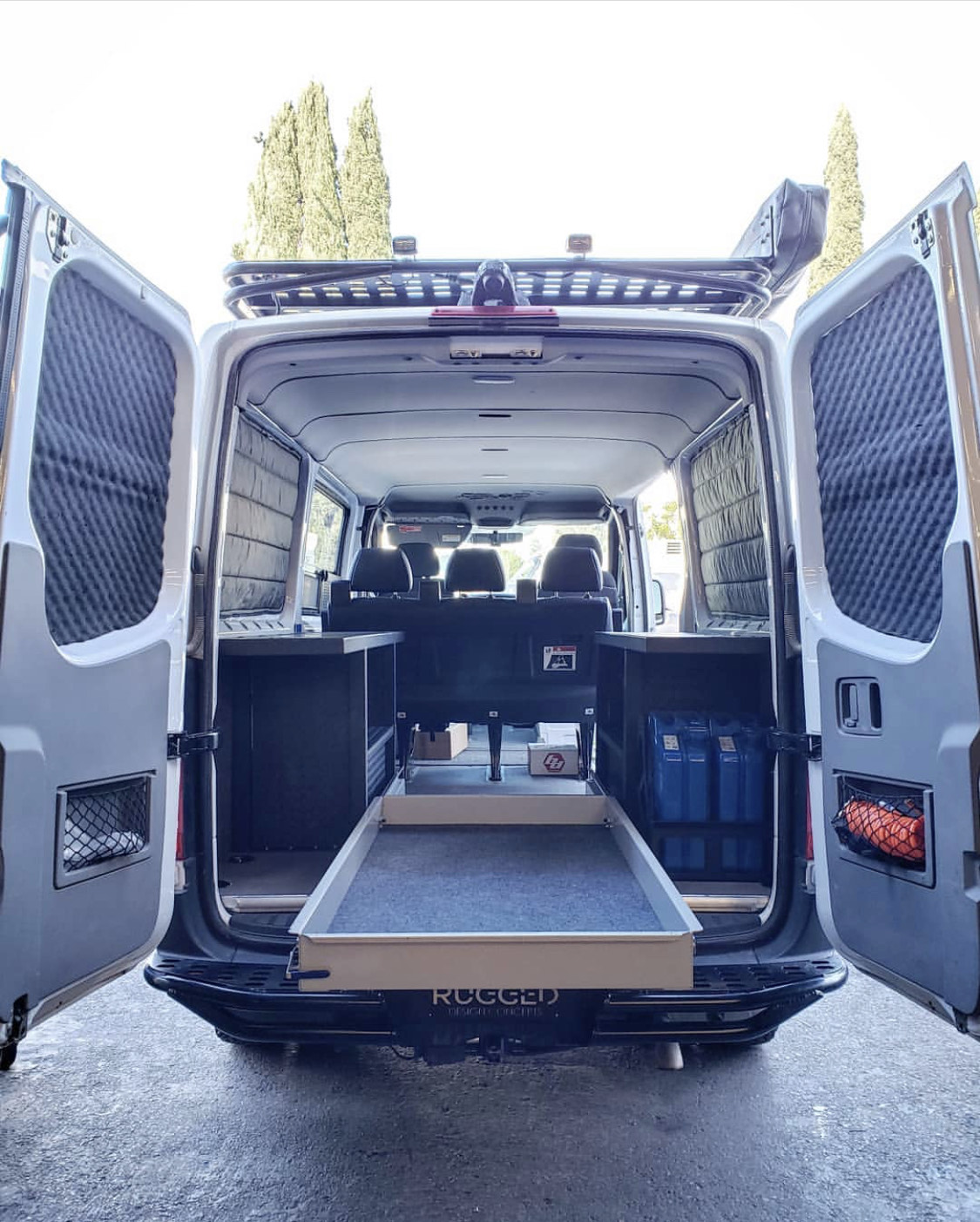 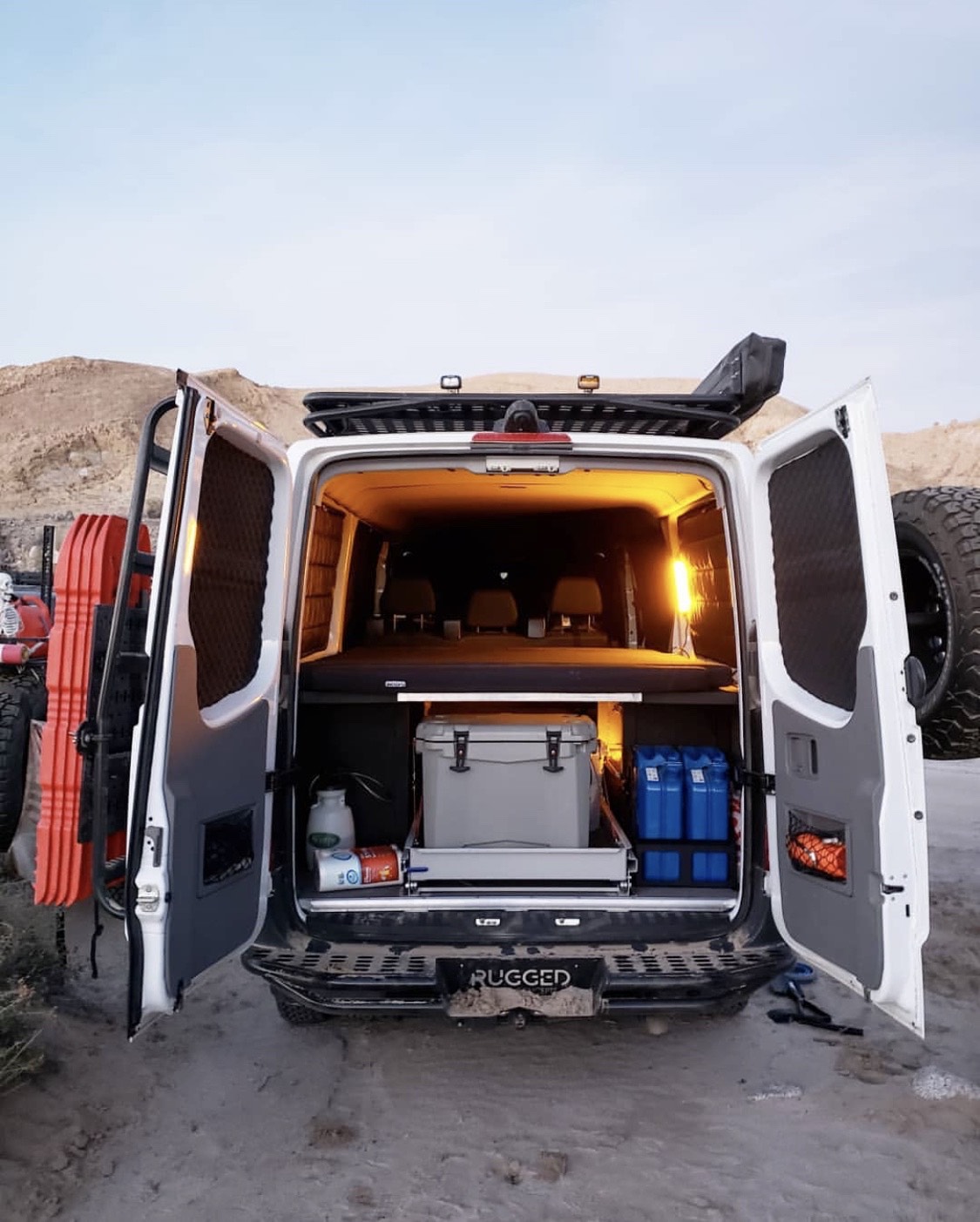 Now that you’ve been using the van so much, would you change anything? Is there anything else you still want to add?

Thankfully, I determined the purpose of the build right away and stuck to it. Everything was built around off-road capability and utility first. Next on the list is a custom big brake kit.

Driving this van off-road is exhilarating and peaceful at the same time. The technical aspect certainly makes you feel alive, but the massive windows and high seating position also help bring the outdoor ambiance inside, which is a nice change from the cockpit feel of other rigs. 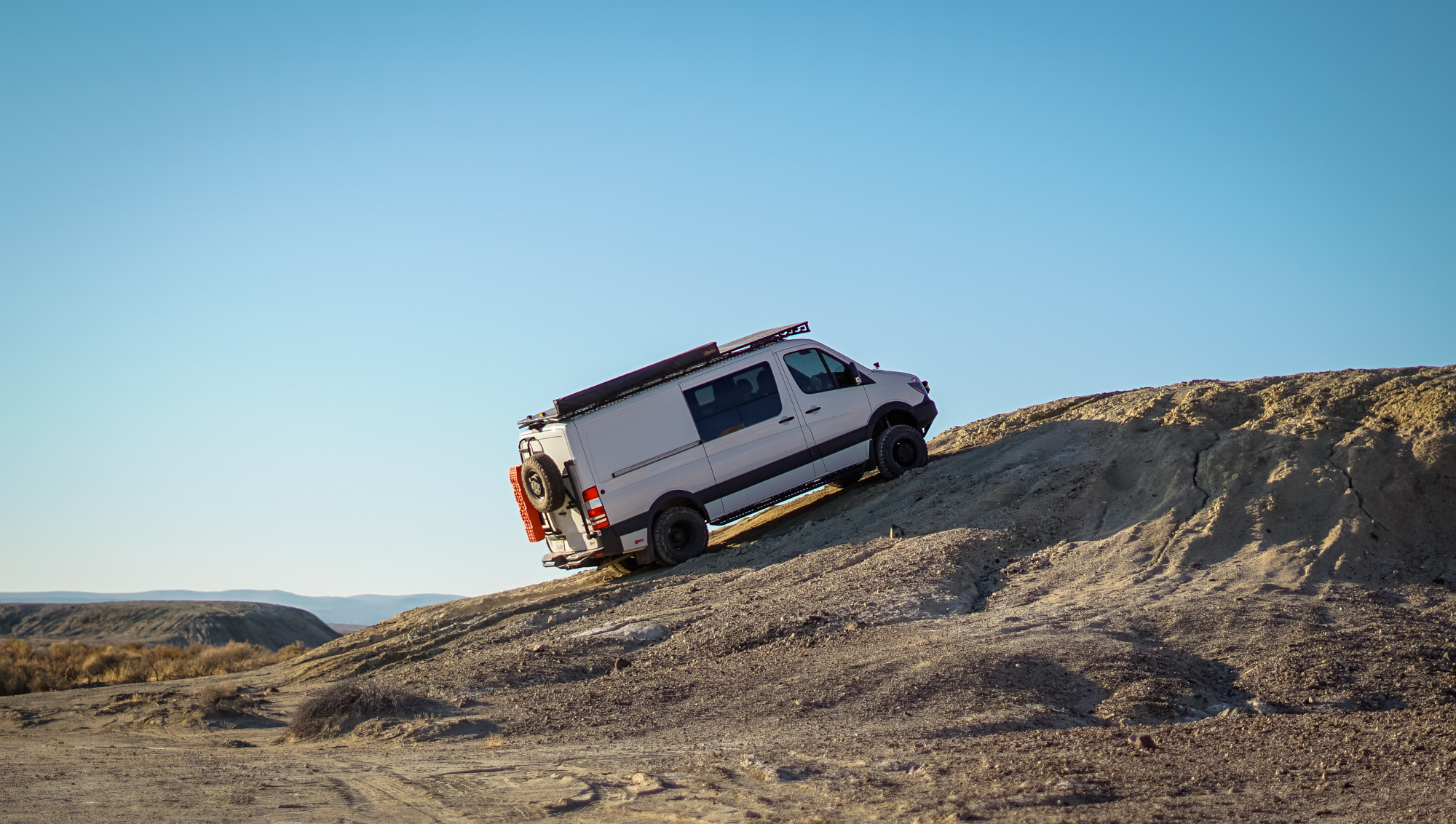 Have you ever been on an obstacle and thought, oh crap, I’ve gone too far?

The only oh crap moments I’ve had were getting stuck in sand or snow. Recovery is just part of the adventure, though I admit it’s not as much fun when you’re solo. I’m grateful to have entered this hobby with a fantastic group of people from @weekendoffroad and @rfd_oc. I’ve learned so much with every trip and formed friendships that I’m sure will last a lifetime for my family and me. 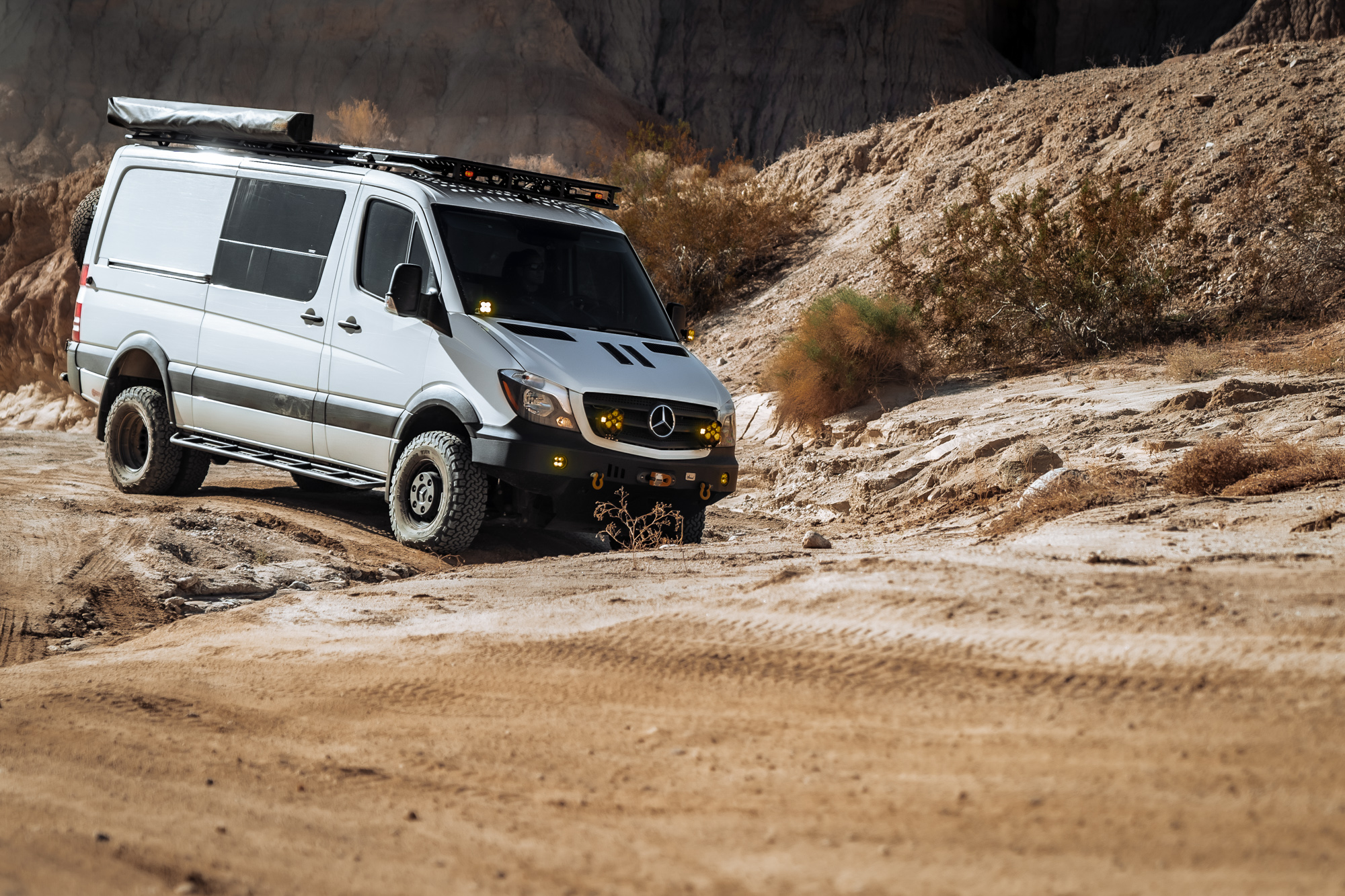 If you had a million dollars to take this van anywhere in the world, where would you go?

Wow, a million dollars could definitely take this rig across the world, but I would start with Iceland as it’s one of my dreams to explore. Honestly, though, I still have so much to see here. So if I had a million dollars, I would probably just sell this van and upgrade to a Unimog or Iveco expedition vehicle. It’s larger for the family but holds the same off-road capability. Of course, that would probably eat up all of that money (haha). 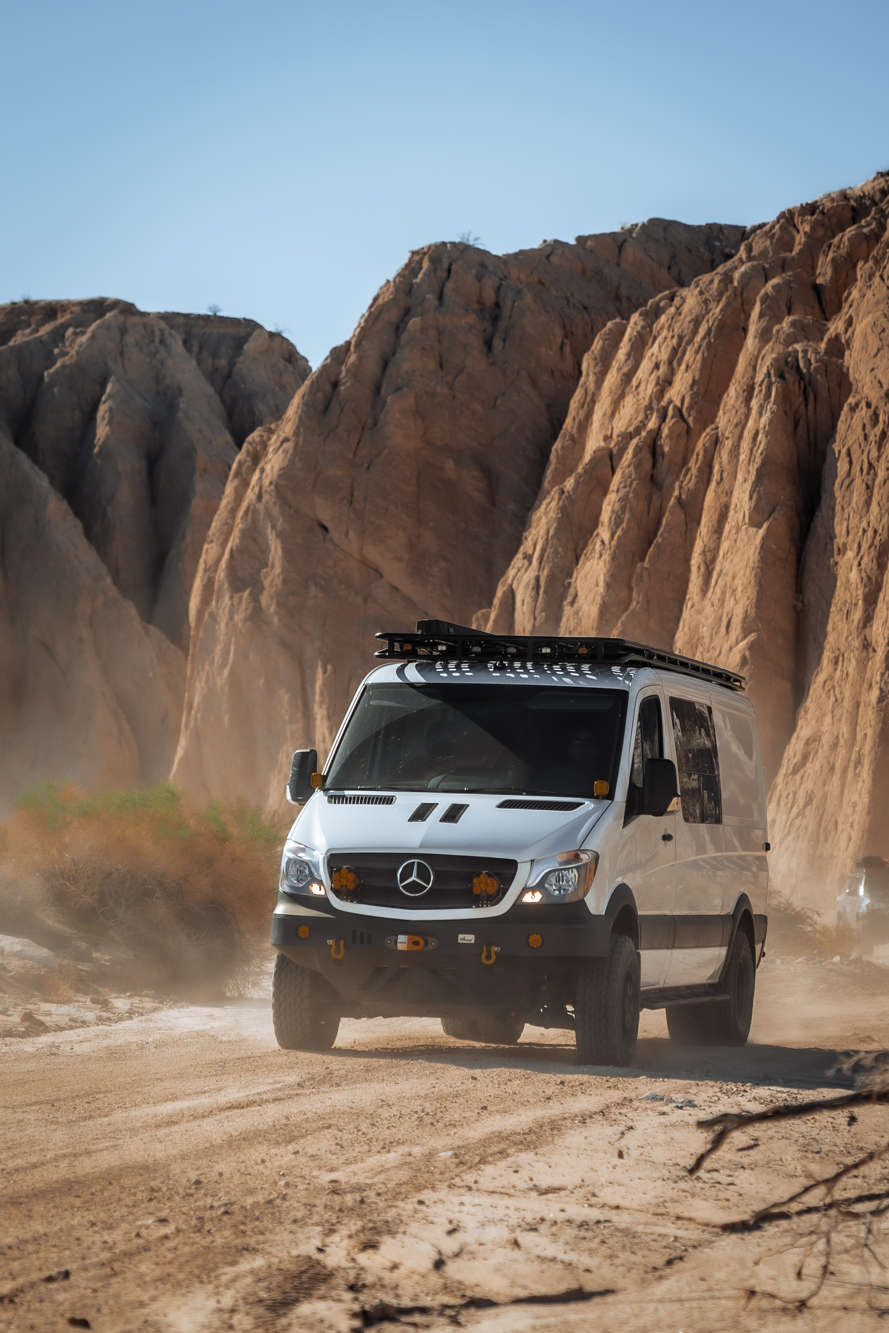 Well, we certainly appreciate you taking the time to answer some questions about the build. If people want to follow your progress, where should they go?

The easiest way to follow me is definitely on Instagram at @more.van.ever. Thank you for featuring me!