Micah Weber’s custom 2001 Toyota Tacoma camper build began many years ago with the ultimate building blocks. For many, this might have meant the completion of a welding certificate or mechanic’s ticket or expertise in metalwork. But for Weber, the build began with childlike wonder, a love for anything motorized, a passion for creation and design, and, most importantly, Legos.

“I grew up for a bit in the Pacific Northwest,” Weber says. “We lived on a farm, and I think I kind of romanticized vehicles with a purpose, like tractors and the logging machinery.” His father was a machinist, always working on motorcycles and cars; Weber remembers spending time in the garage, handling tools and holding flashlights. Eventually, as an adult, he moved from the Los Angeles area to the Central Coast of California. The dirt roads, the space, and the environment were perfect for the vehicle he had always dreamed of owning: a 4WD truck. 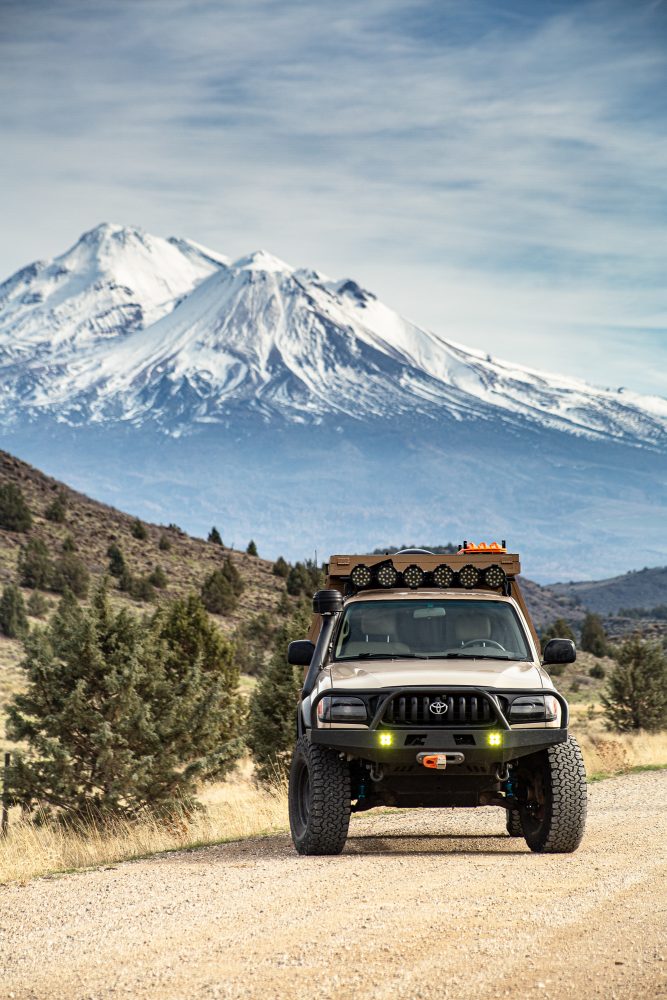 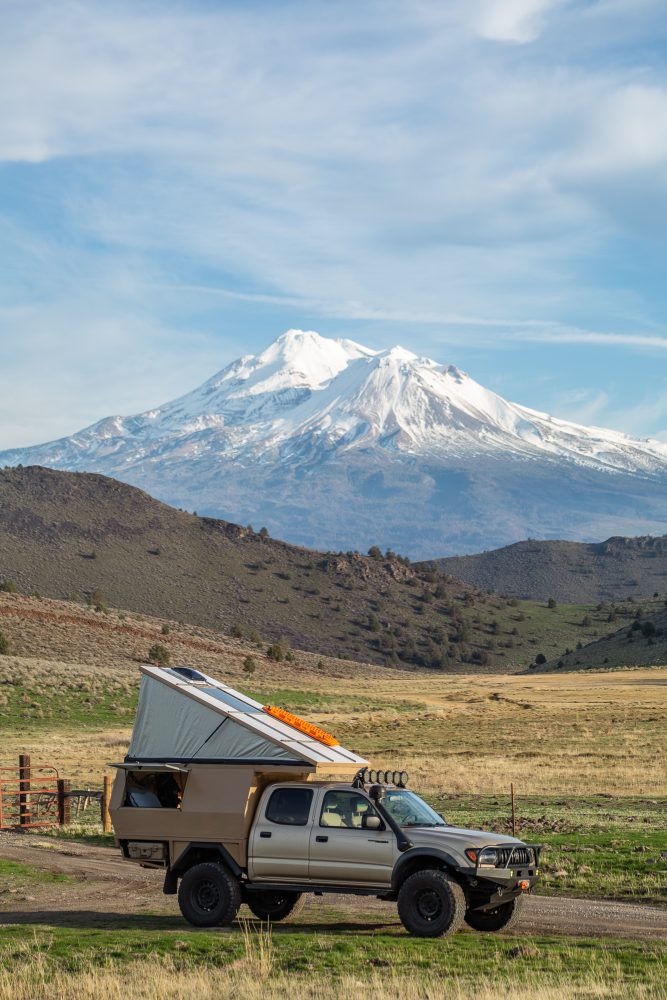 Weber prioritized a four-door vehicle with enough space for two kids and two adults—and one he could use as a daily driver. “I didn’t want a modern F150 because of the price. I was looking around at what was $15,000 or less, had four doors, had 4WD, and was reliable.” In February 2019, a first-gen Tacoma popped up three blocks from his home that ticked all the boxes.

“I didn’t know how to weld, I had never used AutoCAD, and I had no experience with metal materials or composites,” Weber says. “Other than modifying my motorcycle, bicycle, and RC car, I’d never made parts for a vehicle prior to owning the truck. The only things I had made were a coffee table, bed frame, a closet organizer, and our kitchen table.” Despite this, the project was ultimately about having fun and nurturing his love for designing, creating, and building. “I grew up building Legos and just love the process of making stuff,” he admits. 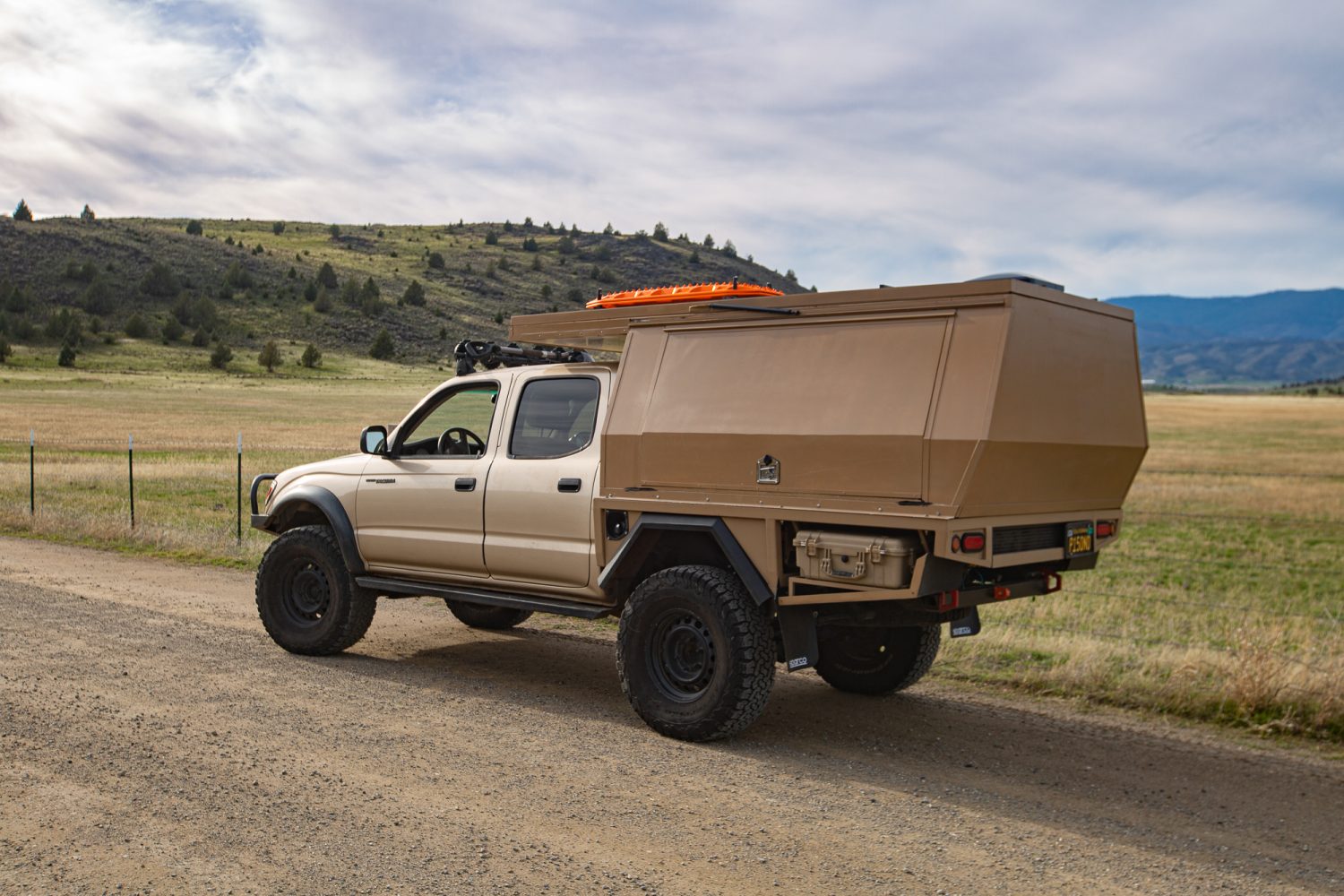 As Weber began various DIY projects for the build, he documented the progress via his YouTube channel, which grew significantly over time. “One thing that surprised me was how many other people said, ‘I would love to do some DIY projects.’ I guess I was surprised because there were more people that really wanted to do things themselves, and fewer people being like, ‘Your stuff is crap. Just go buy something.’ There are a lot of people who have never done projects but want to.”

Weber says he chose to create so much of the build himself for various reasons. The price of aftermarket accessories was one factor; fun was another. “It doesn’t bring me that much joy to go and buy a bunch of stuff. I enjoy being the one to make it and design it and have that satisfaction.” The first custom projects that Weber documented included a sub-$200 double-cab roof rack, a budget-friendly DIY onboard air system, and a homemade 270-degree awning. The initial iteration of the build included a rear canopy, roof rack, snorkel, front bumper, and lights. As Weber took more camping trips with his son, he realized the canopy wasn’t working—it felt too claustrophobic to sleep in, and the short bed was cramped. “Being someone who enjoys building things and thinking about building things all day long, I thought [a flatbed camper] would be fun.” 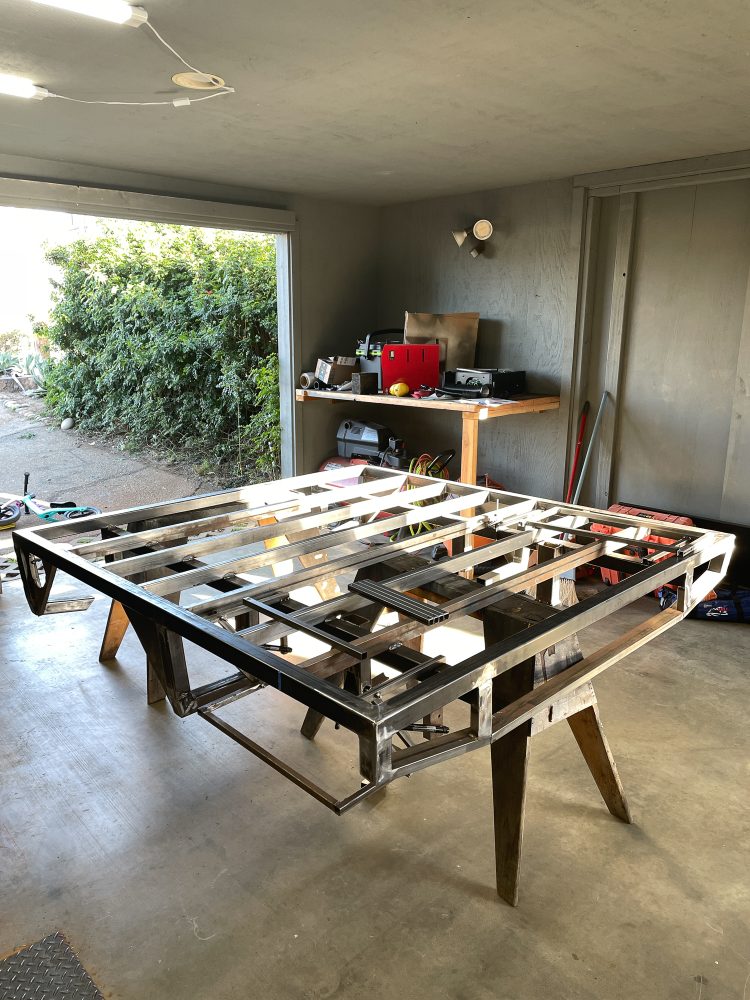 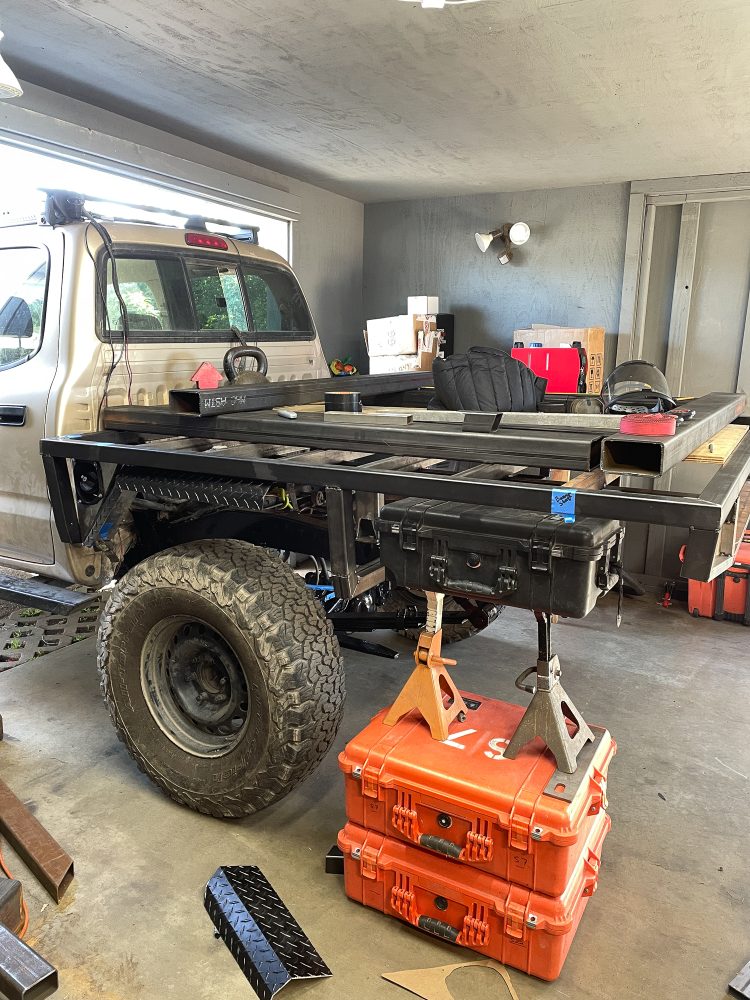 Weber is a “fanboy” of Dave Harrington from American Expedition Vehicles and admittedly shares his design philosophy—very utilitarian, not over the top, but built for a purpose. Weight, however, would be the most significant limiting factor (“other than my skills,” he says) with the camper build. “If I could, I would have made it out of carbon fiber, or if I could have afforded composite panels, I probably would have tried that. But I wanted to make a prototype first because I always learn so much by making a physical model. Then, what was the lightest material I could use for the frame, which would still be structurally strong?” He decided to use steel as he had previous experience welding the metal, whereas aluminum was twice the price. 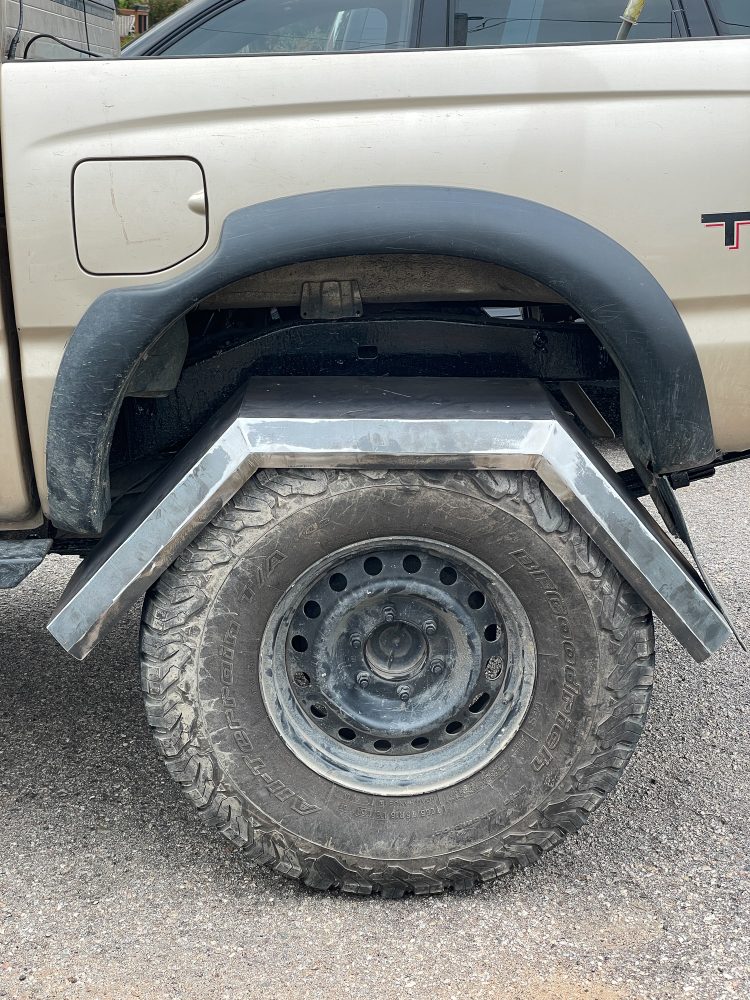 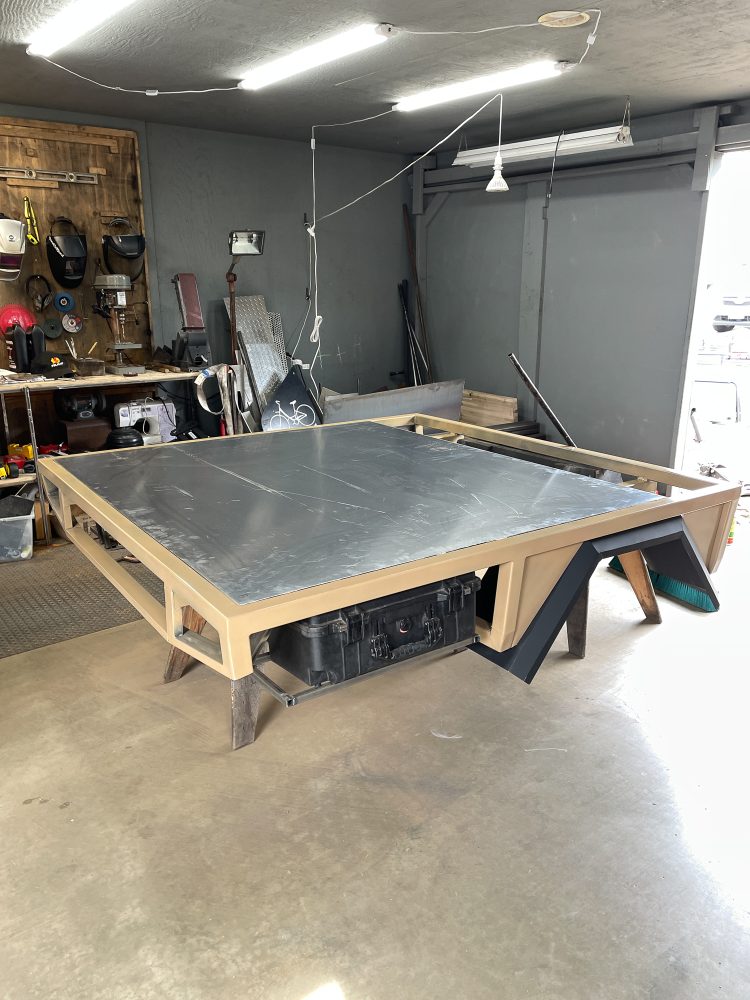 While creating a DIY flatbed camper would be daunting to most, Weber’s design principles are straightforward. “Sometimes, I think people get discouraged. For example, if they don’t know how to weld, [they believe] they can’t do that next step. This applies to everything. It’s like, ‘I don’t know how to make lasagna, so I will buy a frozen lasagna.’ You’re paying someone who knows how to make lasagna. You could be that person too. I figured that welding was one of those things where you would have to go to school to learn it, but it isn’t this mystical thing. It’s kind of like using a hot glue gun.”

He uses his DIY rear bumper as an example. “It’s extremely basic in the design and the function. [Bumpers] protect the truck from impact. What is the minimum material thickness that can withstand an impact? Now, many people say an eighth of an inch is what they use for their rock sliders, so that’s what I did. How do I make it a safe weight? Go to an online forum or search some websites to see what people are using.” Weber still creates Lego mock-ups, which are very useful, he says, as they illustrate the basic concepts of practical engineering. 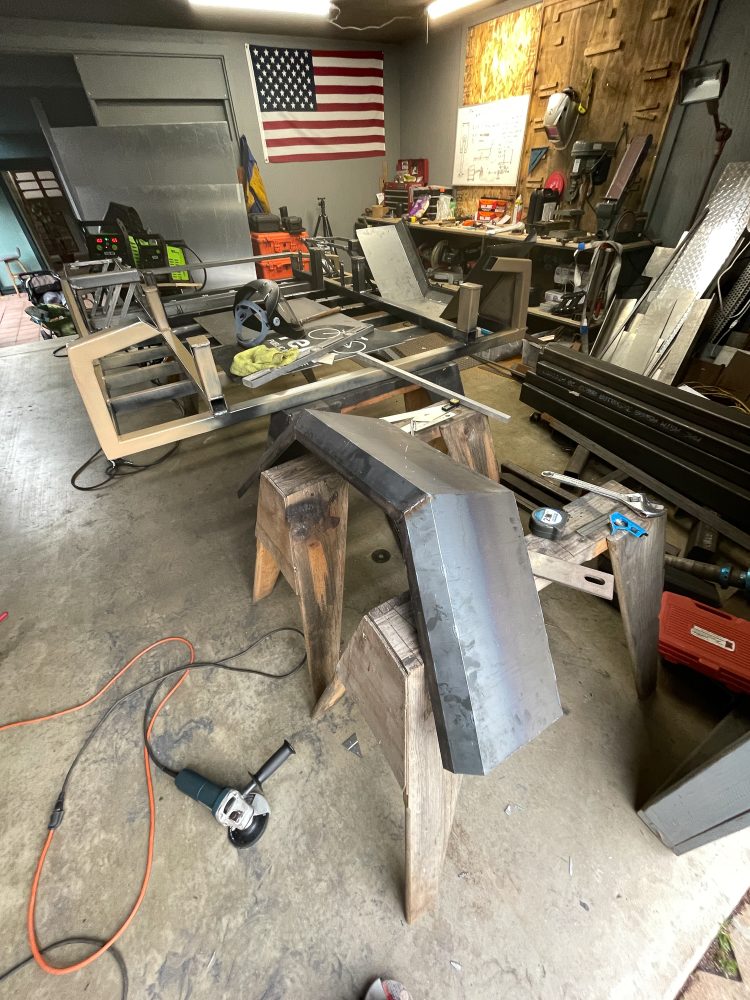 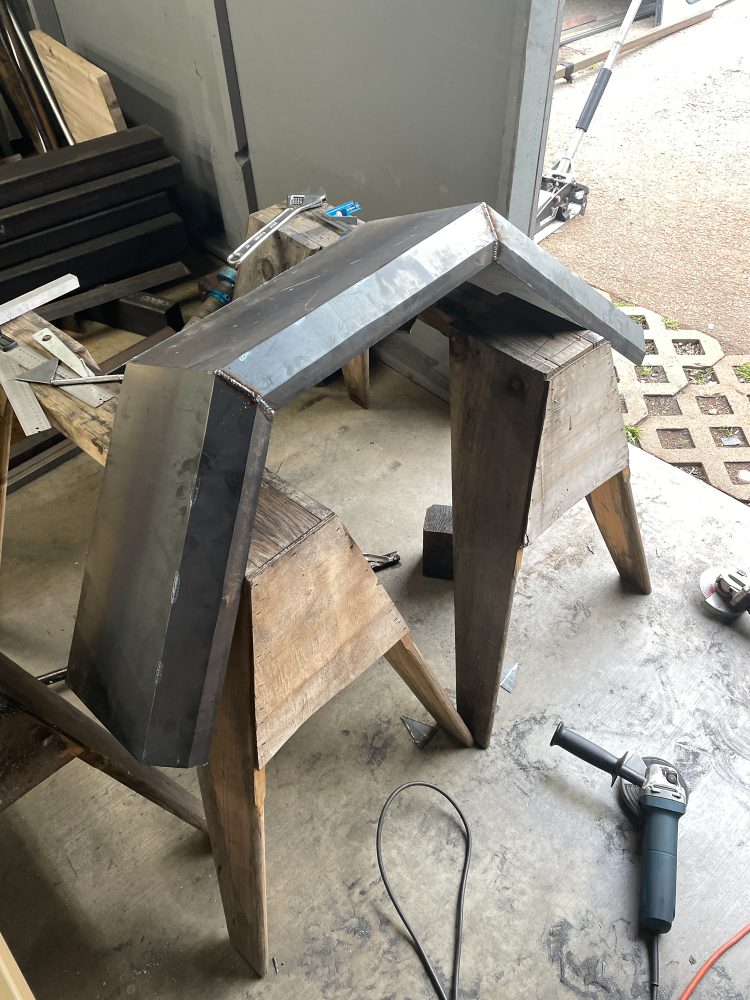 Weber’s bright blue eyes gleam with curiosity, a zest for life, and a certain joie de vivre. Why not go for it, just for fun? “It’s not like I’m this brave person,” he admits. “I’m just going to do it. Why not? I think that’s been one of the best things about the [YouTube] channel getting more traction. There are a lot of people that tell me, ‘I never knew how to do this before you inspired me to go give it a try—and I love it.’” 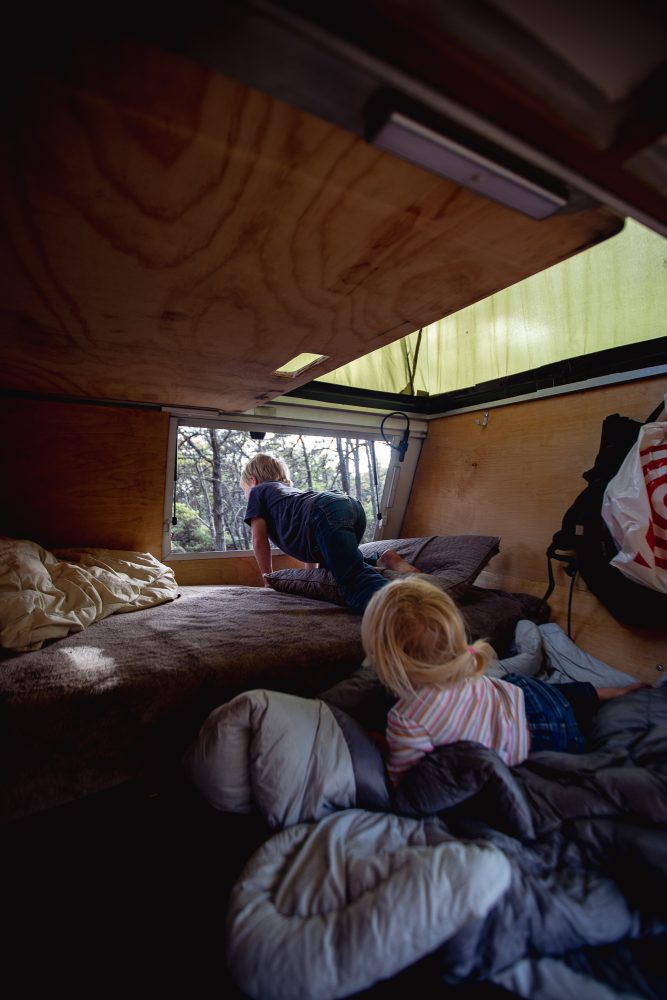 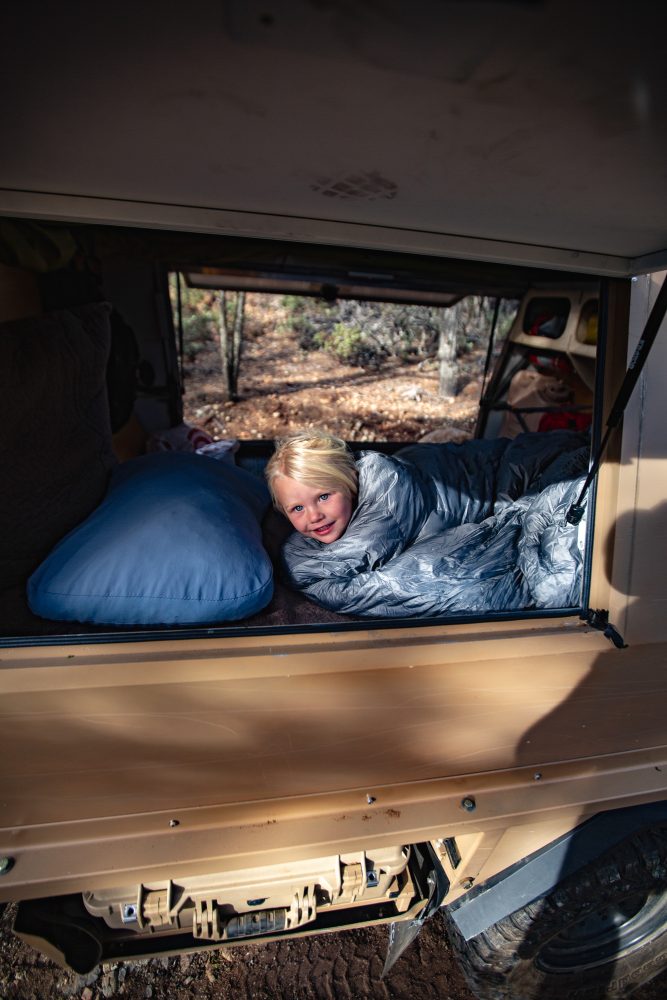 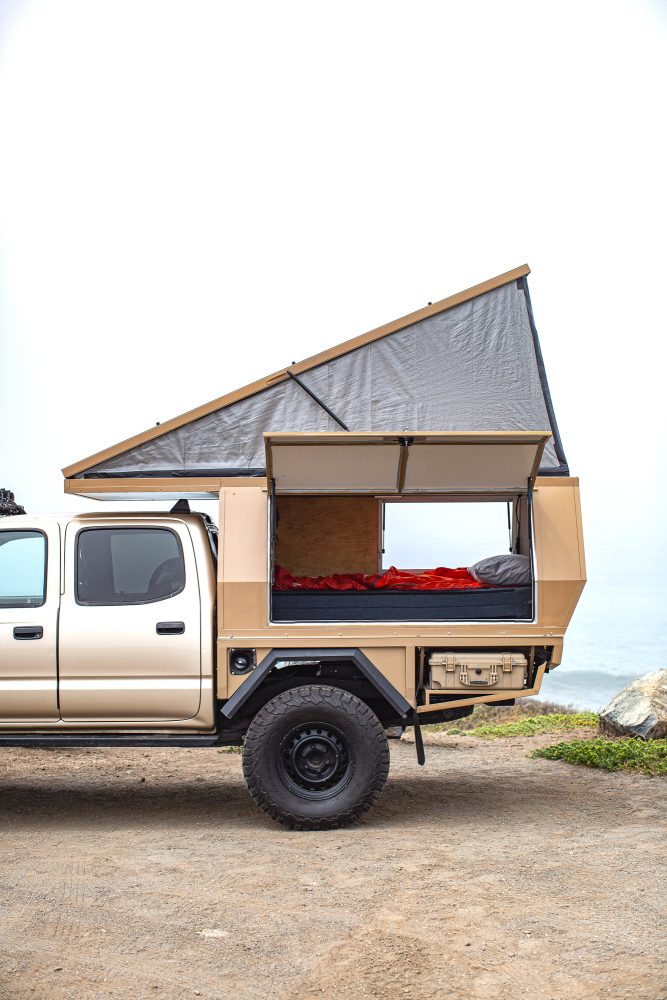 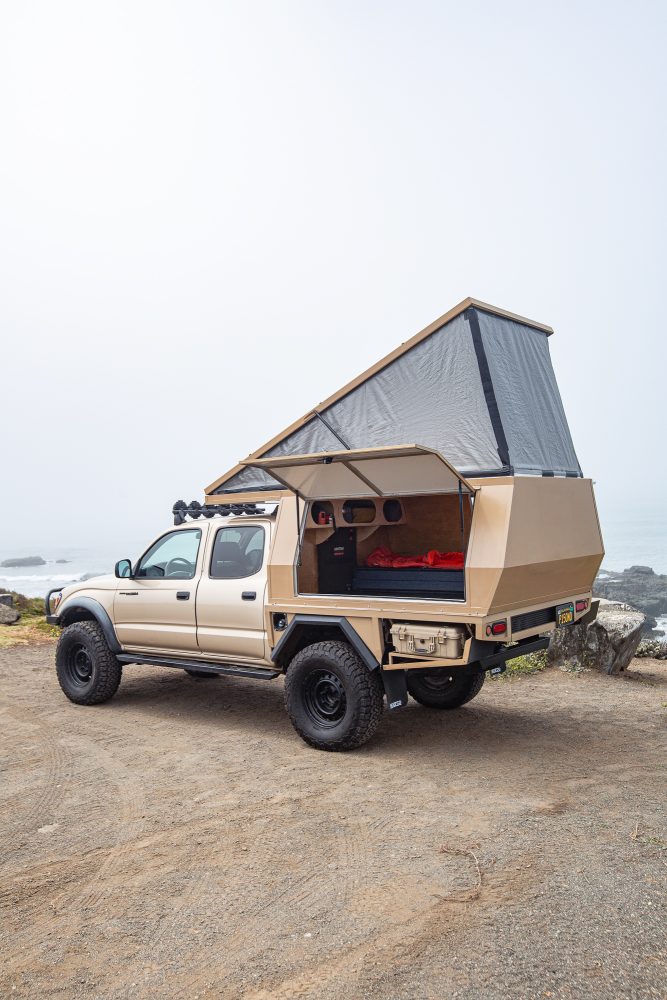