Highway 70 took us at full tilt for 360 miles from Denver to Moab, the start of our two-wheel jaunt back to southern California. It seemed sacrilege not to take advantage of Utah’s sweet spots. Hiking up to the red rock wonders of the Delicate Arch in eastern Utah, just one of 2,000 natural sandstone arches, my heart was pounding at the top. And not because I found myself in a world where the sun gleams over a shadowy, giant world of rock. I’ve just become saddle-induced unfit.

Arches National Park sits a mere four miles north of Moab, giving us ample opportunity to get our fill of balanced rocks, fins and pinnacles set in a striking environment of radiant reds, russet and ochre against unblemished blue skies. In some areas, faulting had exposed millions of years of geological history, it was extraordinary. 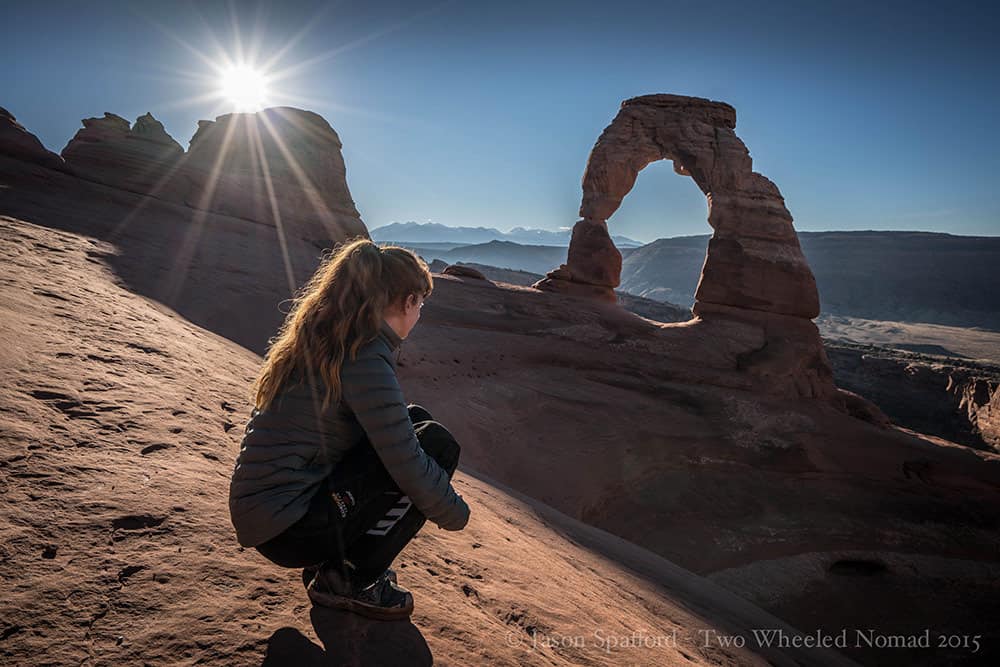 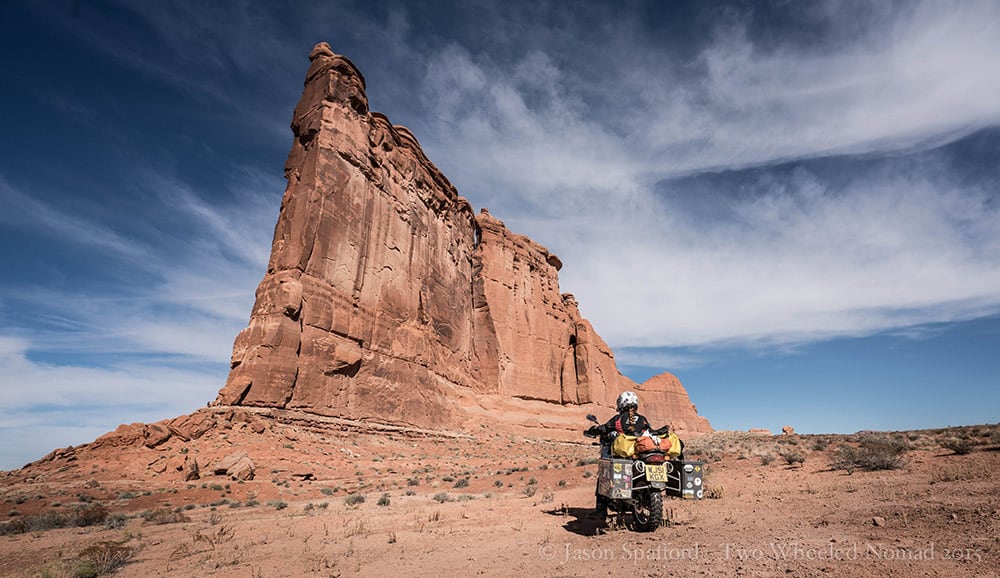 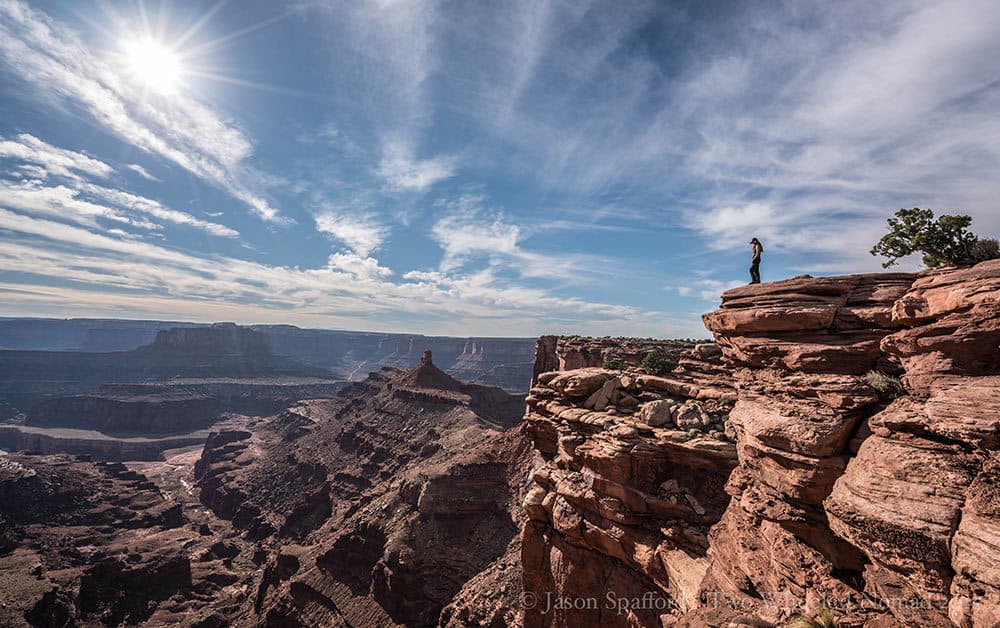 Once my heart returned to a normal resting rate, I stared into it all in meditative tranquility. I clocked a rock squirrel, disturbed by the handful of folks laying around its habitat, and watched it glide silently into the middle distance. With the grace of its kind, another cupped its body to brake on the air, dropped onto the bark of a tree, and vanished into obscurity. How do they do that? Deriving pleasure from the simple things is one of my favorite sources of happiness.

More mesmerizing landscapes carved out of sedimentary sandstone took us to Canyonlands in southeastern Utah, where landforms and textures piqued my interest just as poignantly. The national park continues to preserve a spectrum of color within countless canyons, mesas and buttes, broken up by the Colorado River and its confluence of tributaries. Sat in a vast basin bordered by sheer cliffs, where one of the jaw-on-the-floor vantage points can be viewed at Dead Horse Point. I felt as though I was riding through the pages of National Geographic. It was another piece of a dream come true.

Indian petroglyphs, natural stone arches and the spectacular vistas of Canyonlands opened up at virtually every corner, especially when we found ourselves teetering on the edge of a cliff at 2,000 feet. Better known as the Shafer Trail, we took in some of the 18 miles of dangerous dirt–on a par with Bolivia’s Road of Death–it’s one of those roads that will humble the biggest of egos. 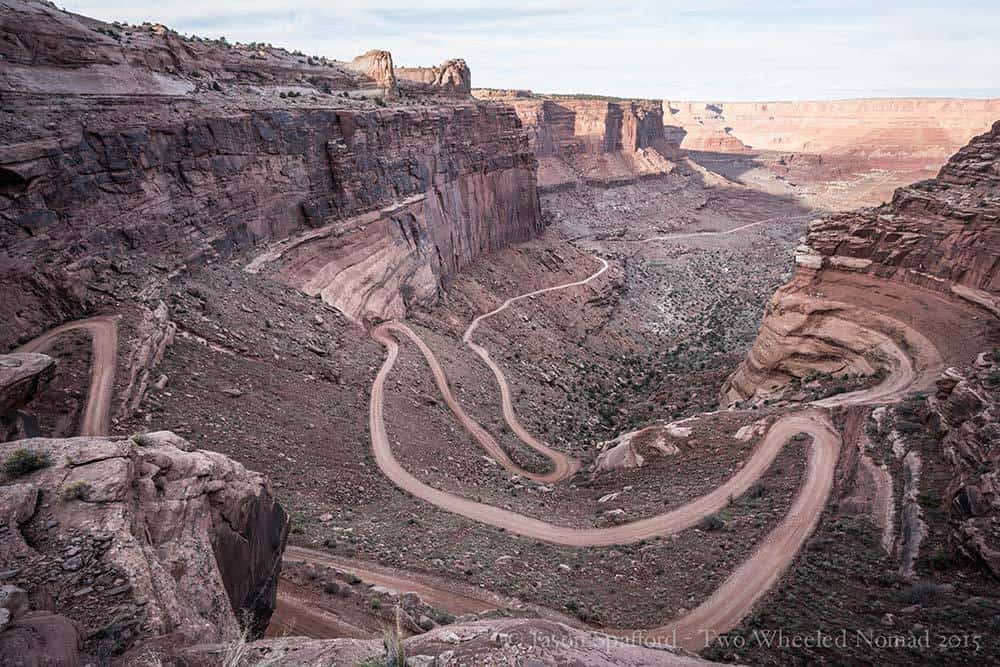 Although the afternoon was calm, I shielded myself from the winds that were stirring up by the canyon’s vastness. The sun was on its way down. It threw a hammered, golden light onto the cliff faces, which tumbled down into an unsteady, shimmering sea of translucent purple darkness that appeared to be bottomless. I danced ecstatically at the top of the trail, emitting surprised little groans. I caught hold of the camera, and swung it up toward a vivid pink gash of cloud. At that hour, the area was empty. The late afternoon light, brilliant but without warmth, washed our faces. “Amazing,” I uttered unhurriedly to Jason. 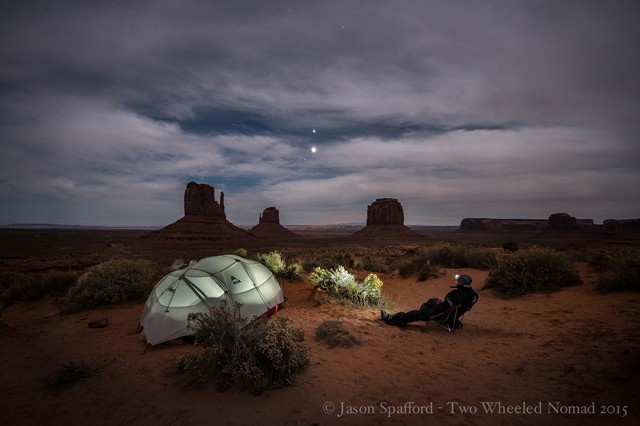 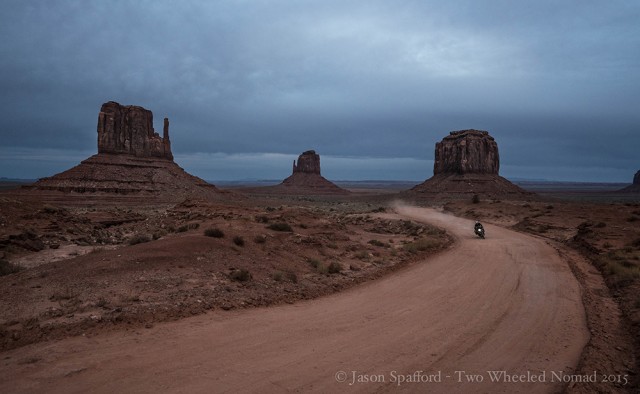 Straddling the border of northeastern Arizona and southeastern Utah of the Colorado Plateau sits yet another incredible cluster of towering sandstone buttes, mesas and spires. Monument Valley Navajo Tribal Park: perfect for eyes hungry to ravish more red-sand desert. The natural architecture is impossibly pleasing, steeply sloped and despite its iconic beauty inspiring the location for countless movies, it remains a preservation site for the Navajo way of life, as part of the Indian Reservation. Like all of our visual encounters in the southern national parks, few places elsewhere have made such an impact. Sitting down and peering up to a changing sunset sky, gave way to a night that was blacker than black, lit exquisitely by Jupiter looking down on Venus.

An overnight pit stop in Joshua Tree National Park saw us ensconced in an ecological melting pot, lined by a jumble of stacked boulders and walls of imposing granite. The convergence of two great deserts, the Mojave and Colorado, blended together in a barbed landscape adorned in flora and fauna. Such marvels of the desert simply keep going about their business, adapting to relentless sun, little water and temperatures from below freezing to above 100 degrees Fahrenheit. As a non-desert dweller, I pondered how the park’s hardy residents conserve enough moisture and beat the heat. However they seek sustenance to ensure their survival, my soul gets nourished in such faraway places. 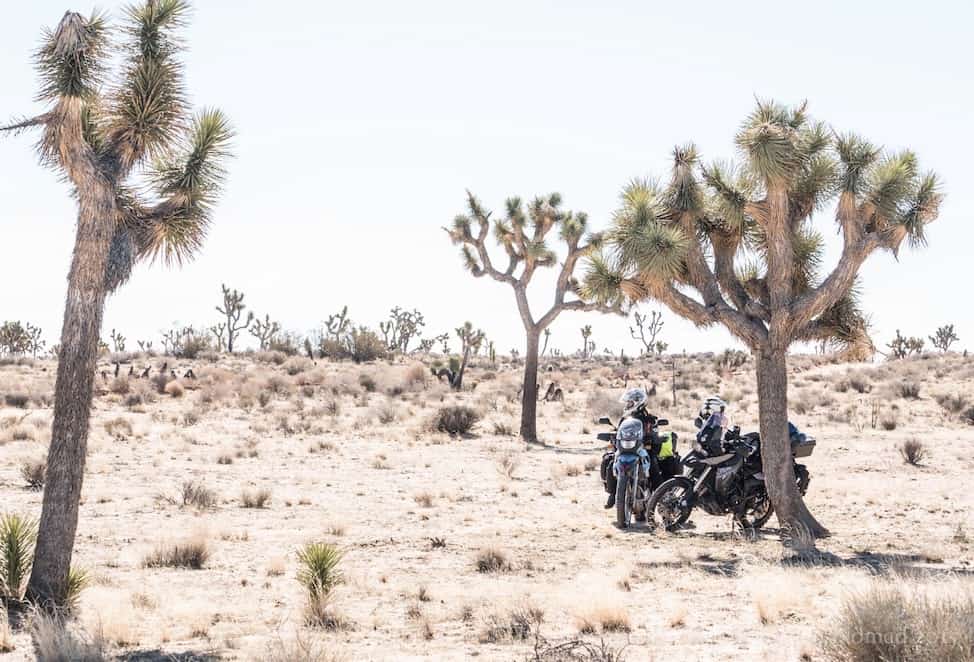 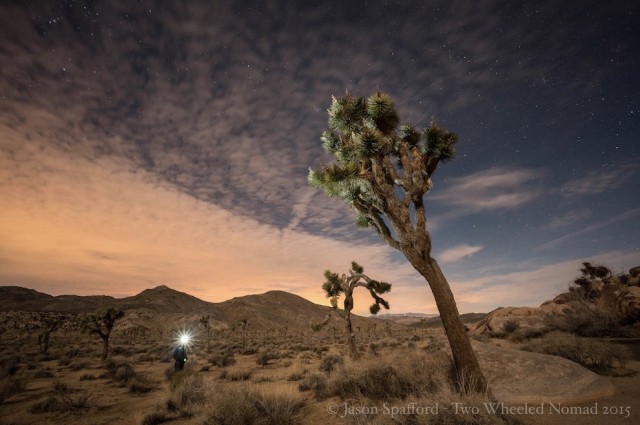 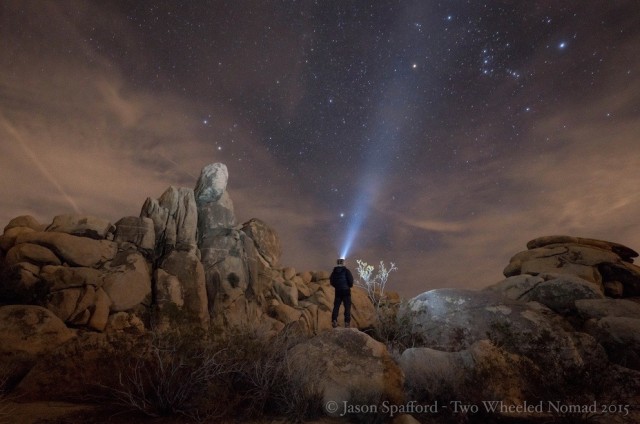 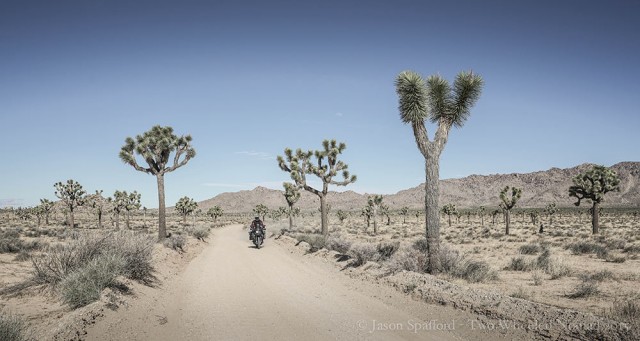 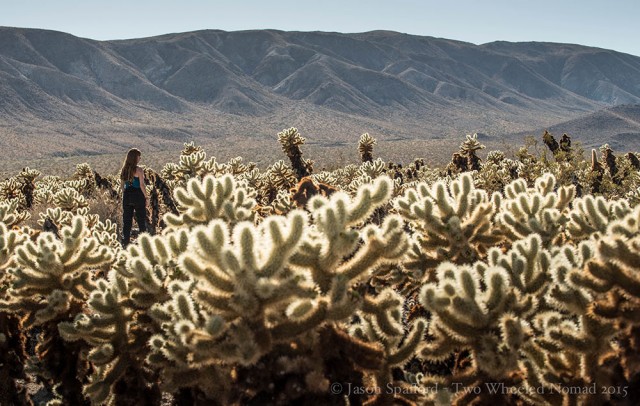 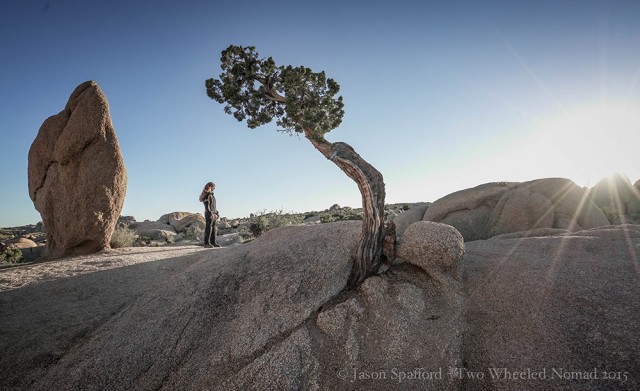 Sometimes I wonder if it’s a biological need, or a DNA flaw that compels me to seek the excitement that comes in a place unfamiliar to me. I never know if a place will pull, prickle, tickle or tease, challenge or enlighten me. But I must say, the southern states is doing quite a job already; all of it binding me to the boundless joy and warmth in this life. 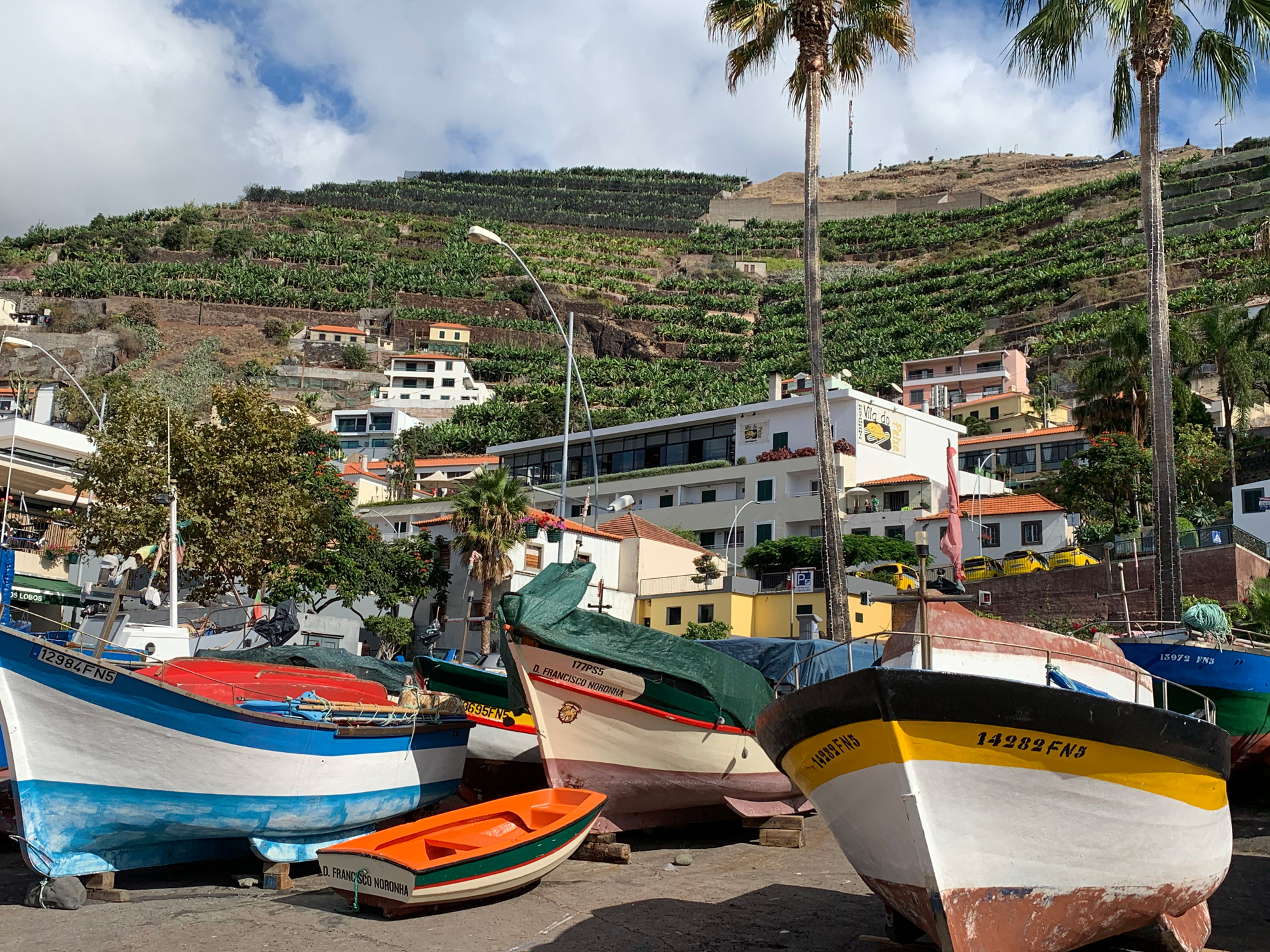 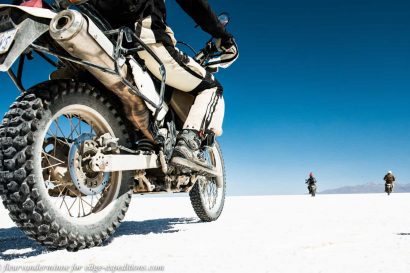 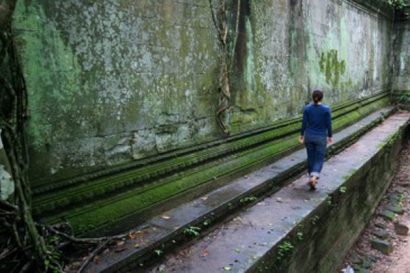