Africa, the Mother Continent, home to the largest variety of people, languages, wildlife, flora and fauna on our sublime planet. The African continent from the Tropic of Cancer to the Tropic of Capricorn is not one large, moist and humid jungle. Most of northern Africa is desert as is much of the south, but to a much lesser extent. Casablanca can be positively chilly in winter and Cape Town enjoys a Mediterranean climate. As an overland traveler who has explored 26 African countries, I have a great love for the continent and an empirical understanding of the continental climates and biospheres. Africa is exotic and beautiful and difficult and rewarding to travel and it is the “True Tropics” which can be the most challenging and therefore the most rewarding. The ‘True Tropics” is a term of my own conception which refers to a diagonal band from southern Mozambique to northern Tanzania in the east and across to Nigeria and the northern Angolan border in the west. You know you are in the “True Tropics” when you encounter:

Mud, mud, and more mud. There are two annual rainy seasons in much of the tropics and thick, fertile red soil covers the land. When dry the soil is dusty and hard packed, but add a good deluge and a bit of traffic and that soil becomes thick, clawing, wonderful mud. We use mud terrain tires when traveling Africa, you don’t need MT’s but it just makes sense when heading out onto wet, unsealed or partially sealed roads far from civilization. The Shona people say the soil of Africa is red with blood spilled fighting for the land (picture Arnold Vosloo explaining the allure of Africa to Di Caprio in the shadow of Table Mountain) but the reality is that the soil is a clay called laterite which has been enriched with iron and aluminum over long periods by intense heat and heavy rainfall. Laterite soil is incredibly fertile, a farmer’s dream.

Intense heat and heavy rainfall. Camped in Mozambique on the 26th December 2020 I checked the weather app. “95F, feels like 116F”. Not a breath of wind. The locals do not seem to mind the heat, they work the fields and ride bicycles and carry loads without breaking a sweat. Us Capetonians (people from Cape Town, South Africa) consumed five liters of water each per day and never urinated, our clothing clung to our bodies, drenched with sweat. The slightest breeze would stop labored conversation as we craned our necks to enjoy a fleeting moment of cool. Sleeping is difficult as you try to remember a time when you weren’t laid like wedges in an oven, mosquito netting preventing any relatively cool night time breeze from reaching your skin. Invest in quiet, efficient fans before heading to Africa, pro tip. The dual rainy seasons feed wide, powerful rivers and immense lakes. Malawi is one half under water, Lake Kariba feeds both Zimbabwe and Zambia and Lake Victoria is larger than both Rwanda and Burundi combined. Hippos and crocs can still be found living wild across the tropical belt. 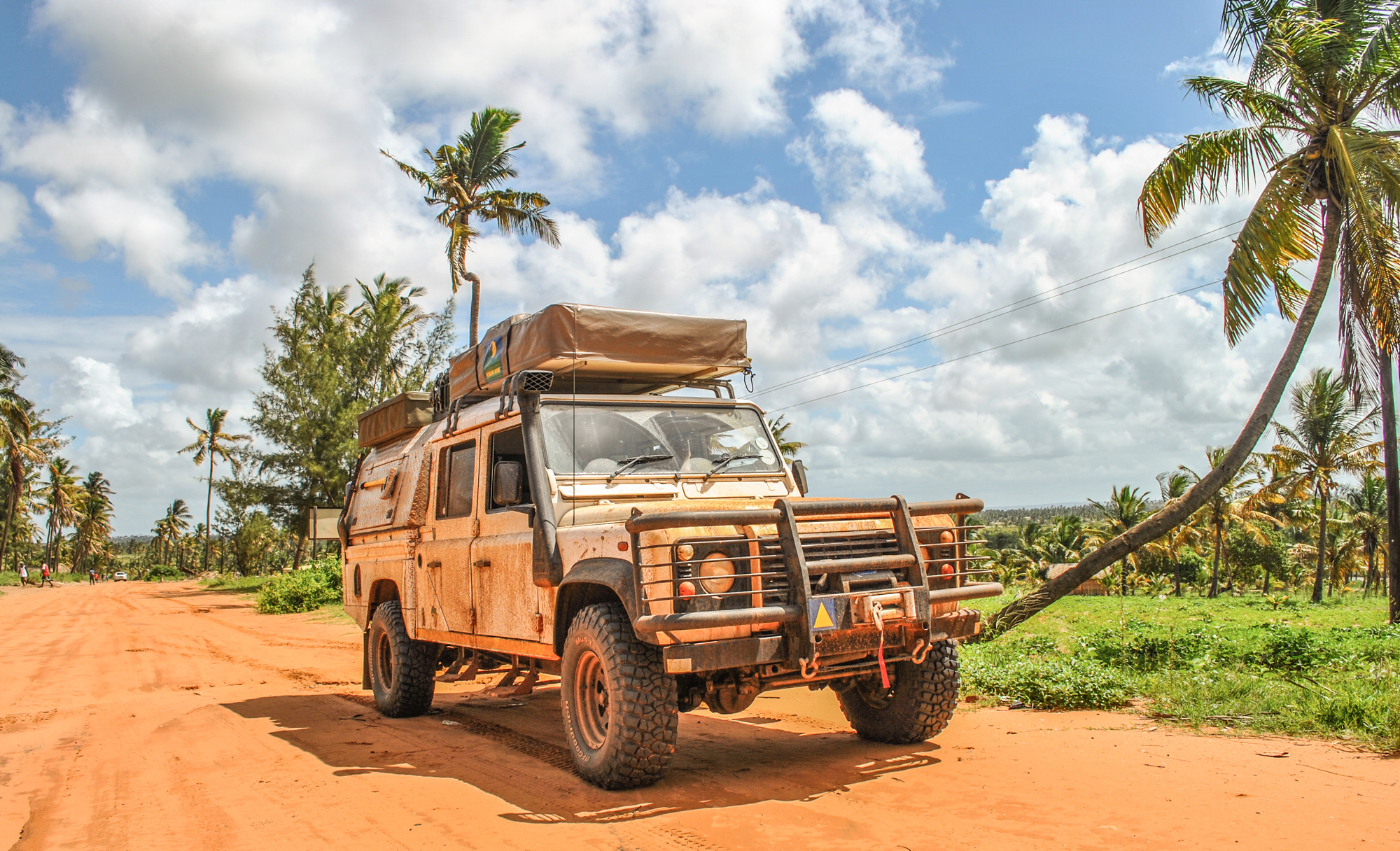 Potholes. Combine torrential rain with poorly built and maintained roads and potholes are an inevitability. There are some wonderful roads, new roads, roads built properly by professionals with resources, but those roads are not memorable. Potholes are memorable, hundreds of consecutive miles of potholes are unforgettable and we would take a muddy jungle trail over a potholed paved road any day of the week. A seasoned driver will know the dance of trying to maintain a decent travel speed with the art of the pothole weave. Sometimes you will get it just right as you know the track of your axles like the back of your hand, but often, too often, you will get it wrong. I have convinced myself that levitating helps reduce the impact. 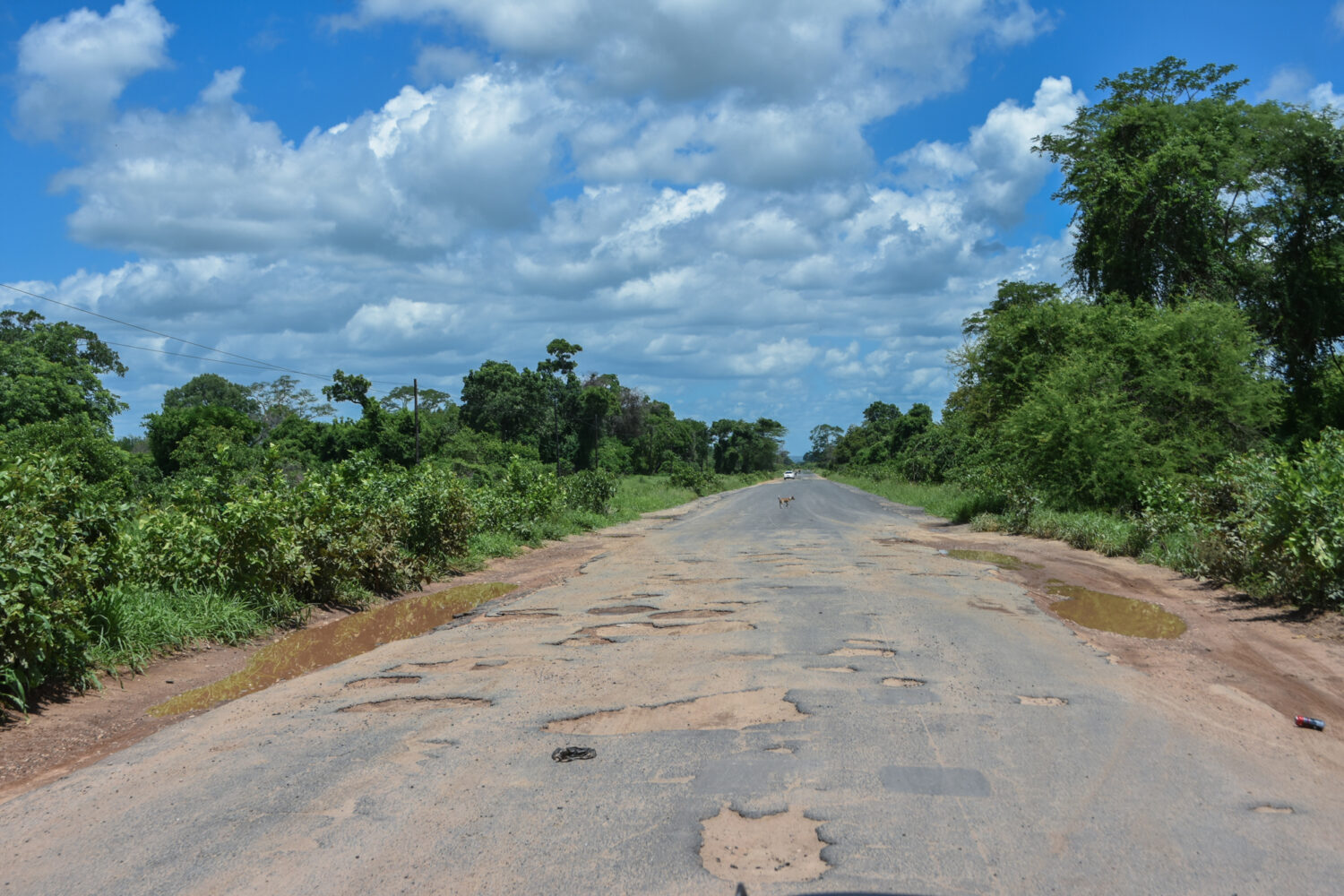 Mosquitoes and flies and bugs on steroids. All that rainfall and heat and rich red soil is the perfect breeding ground for insects, in fact the tropics are better suited to exoskeletons and mandibles and compound eyes than it is to soft flesh, exposed cavities and delicious blood. During the day swarms of flies will drive you to distraction but just as the sun sets and the flies head to bed they tag the mozzies to take over the harassment campaign. The flies spread disease while the mosquitoes carry disease and the disease is programmed just for you. Malaria is still a deadly scourge in the tropics of Africa and a wise traveller will wear mosquito repellent clothing and apply repellent to exposed skin. The guide books say you should cover exposed skin and wear long sleeve shirts and trousers but that is damn near impossible when the temperature is “95F, but feels like 116F” even after the sun has set. 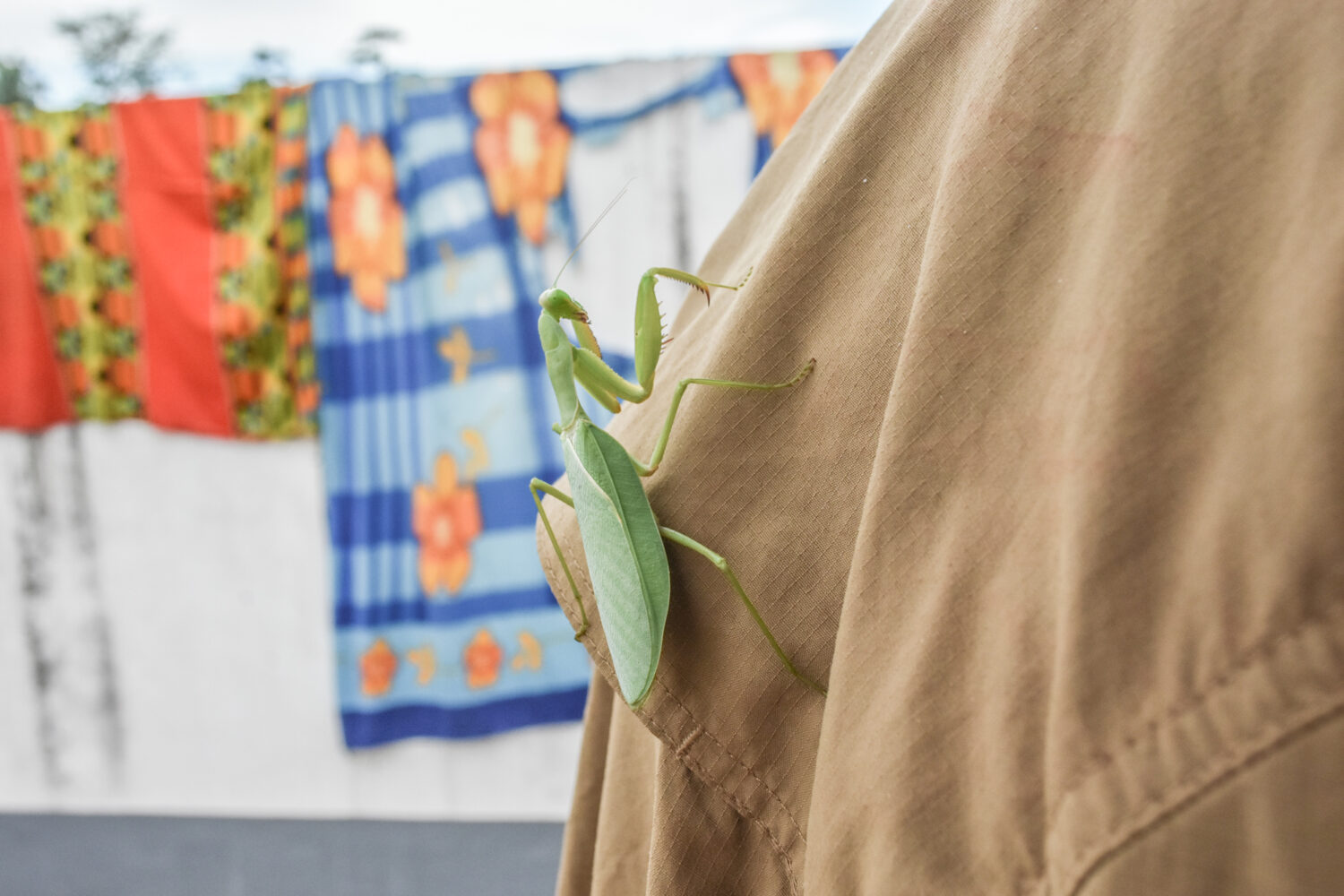 Anti-malarial drugs are expensive and not really an option if you plan be in the tropics for more than six months. It is the microscopic bugs which will hurt you the most.

The microscopic bugs. Aside from malaria, bacteria is your Number 1 Concern, not corrupt cops or border crossings or dismal drivers or hippopotami. A tiny scratch on the big toe while walking to the beach will quickly become infected, all the bacteria needs is a break in the skin and it is in! You will watch in horror as within days that little scratch transforms before your eyes into a crusty mess, the toe swells, the nail falls off and your foot has to be amputated. I might be exaggerating. And thank goodness for hand sanitizer. Before the days of warranted paranoia, a quick snack with an unsterile hand soon resulted in a week worshiping porcelain, drastic weight loss, and sallow, yellow skin. A cooling swim in the pool or sea will allow water-borne bacteria to enter your ears and for the next few months you will find yourself near deaf, pouring useless drops into each ear, shouting and cupping the strong ear, “what? WHAT?!” If you are lucky the infection will not spread to your eyes. Mozambique is particularly little bug rich, visit with a tub of Fucidin and a tray of antibiotics. 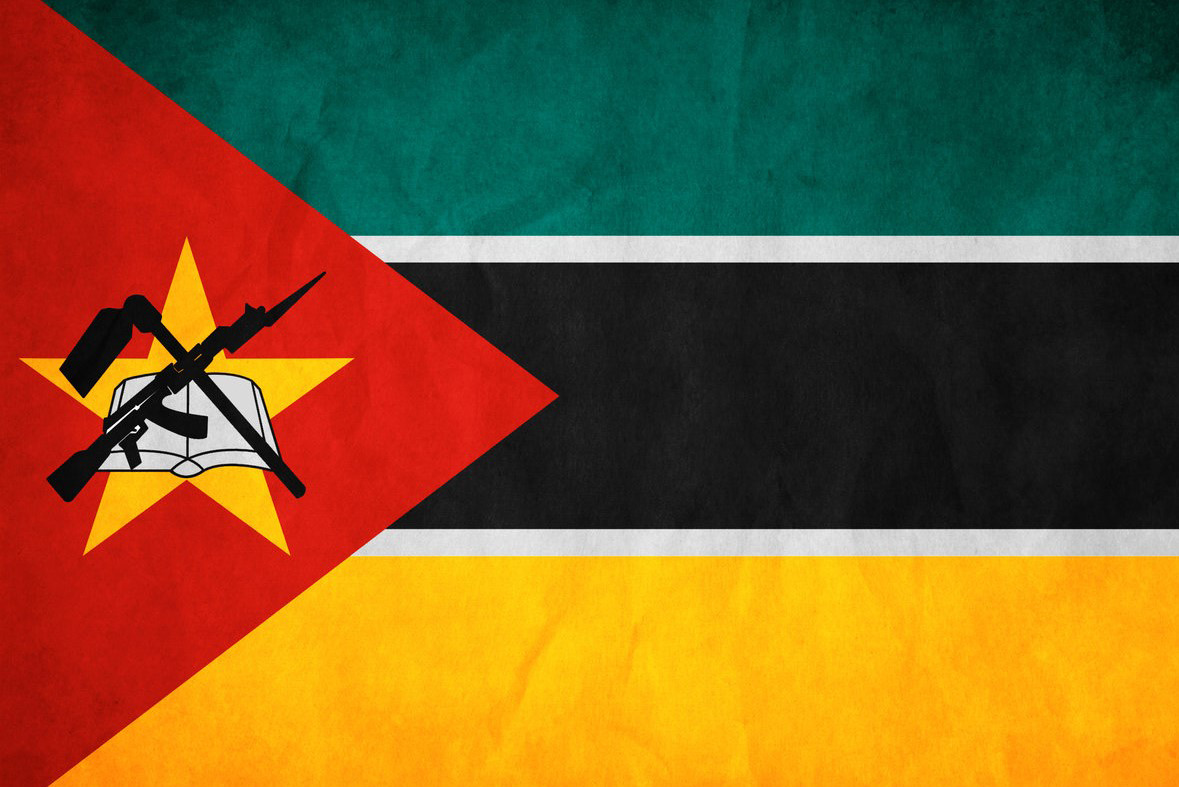 Your diet will consist of: delicious mango, banana, avocado, red and green peppers, tomato, cucumber, onion, potato, rice, bread, grilled chicken, nuts and Coca Cola. If you are a vegetarian or an overlander on a tight budget then the “true tropics” is the place for you. $1 will buy a bag of mixed vegetable and fruit, enough to live on for a couple days. Meat, other than chicken, is not really an option unless you find a South African chain supermarket (which is thankfully becoming more common) but fish is definitely on the menu. The Indian ocean is home to shrimp as large as crayfish and a fisherman will find paradise in the warm, wild waters bubbling with game fish. You will likely lose weight eating glorious, fresh, natural food free of preservatives and chemicals. Each village has its own baker, try to get the bread fresh and warm early in the morning. 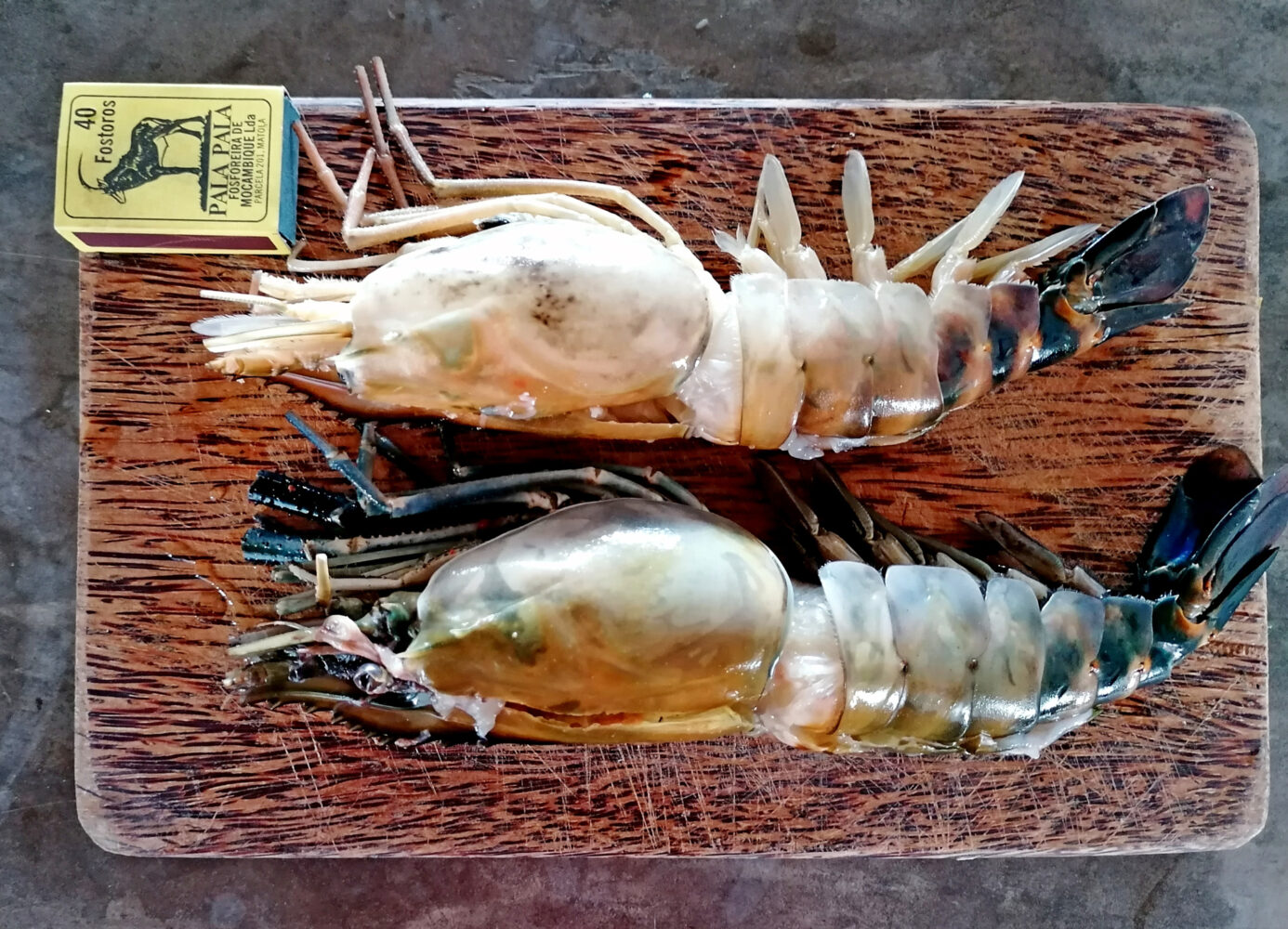 Warm, wonderful people. The hardy people of the “True Tropics” have had to endure centuries of hardship, colonialism, civil war and struggling administration. They do so with a dignity that is astonishing. African societies tend to be conservative, a traveler is welcomed and good humor is an antidote to hardship. The highlights of a day on the road are the welcoming waves and stopping to negotiate the purchase of fruit, airtime, bread, or a bag of charcoal. When we settle for the night in a camp, restaurant parking lot, gas station, or motel we know that the proprietor will assume responsibility for us and we will be safe and well taken care of, offered water for washing and local knowledge if we need it. Respect earns respect. 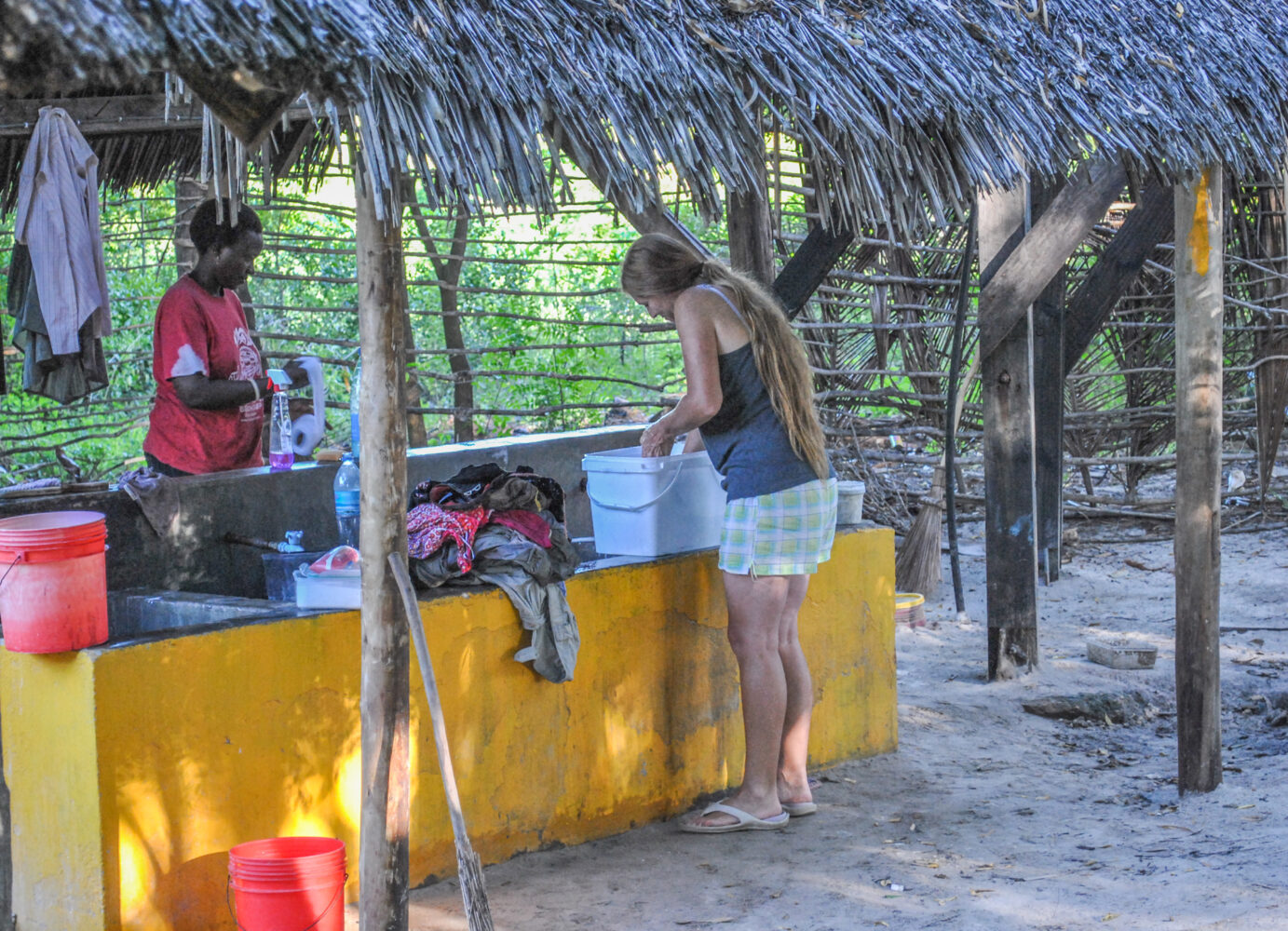 Rusty Kalashnikov’s. During the cold war tens of millions of the infamous Kalashnikov (aka AK47) assault rifle were shipped to Africa by the Soviets, the Chinese, the Cubans. The assault rifle is almost as common as the machete and a herdsman would not dream of leaving home without his AK, particularly in areas where predators roam freely. The military and police carry AK’s and you will soon learn to associate the weapon with Africa. Heck, the Mozambiquan flag boasts a bible, a hoe and an AK47. 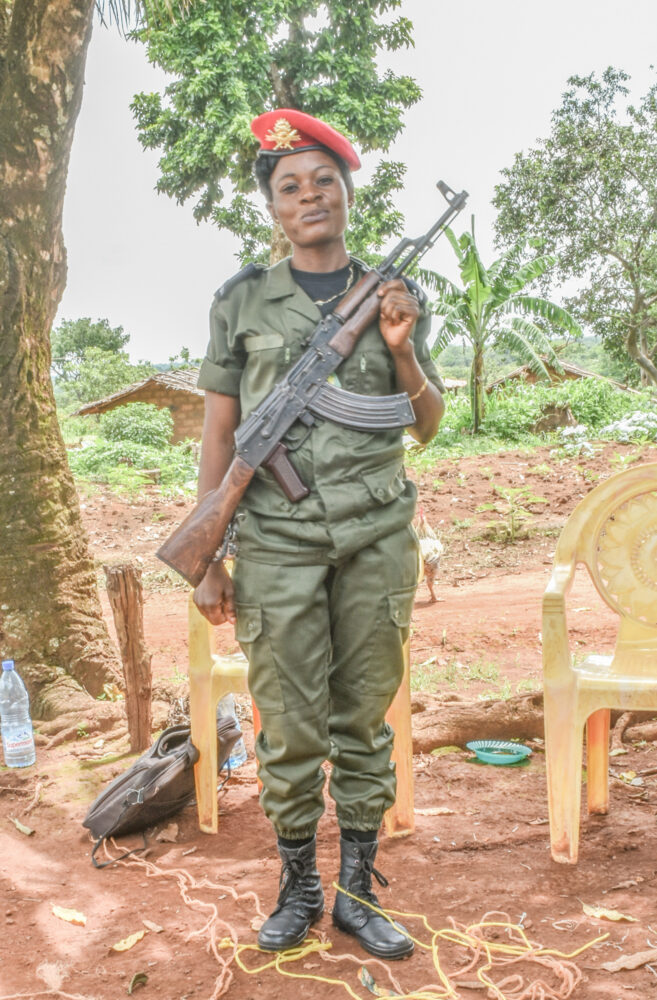 There is no place on earth quite like the “True Tropics”. True Adventure awaits.