Since 2015, I have built a few vans on Sprinter 4×4 chassis and have crossed both Canada and the US, accumulating miles and memories, pushing farther and farther on back roads and some challenging trails. They are not rock crawlers, but we managed to go where no RV could go.

Being active on social media, I’ve read comments about the uselessness of vans offroad, that their high center of gravity makes them unsuitable and dangerous for any offroad. It just wasn’t the feeling I had while driving mine. 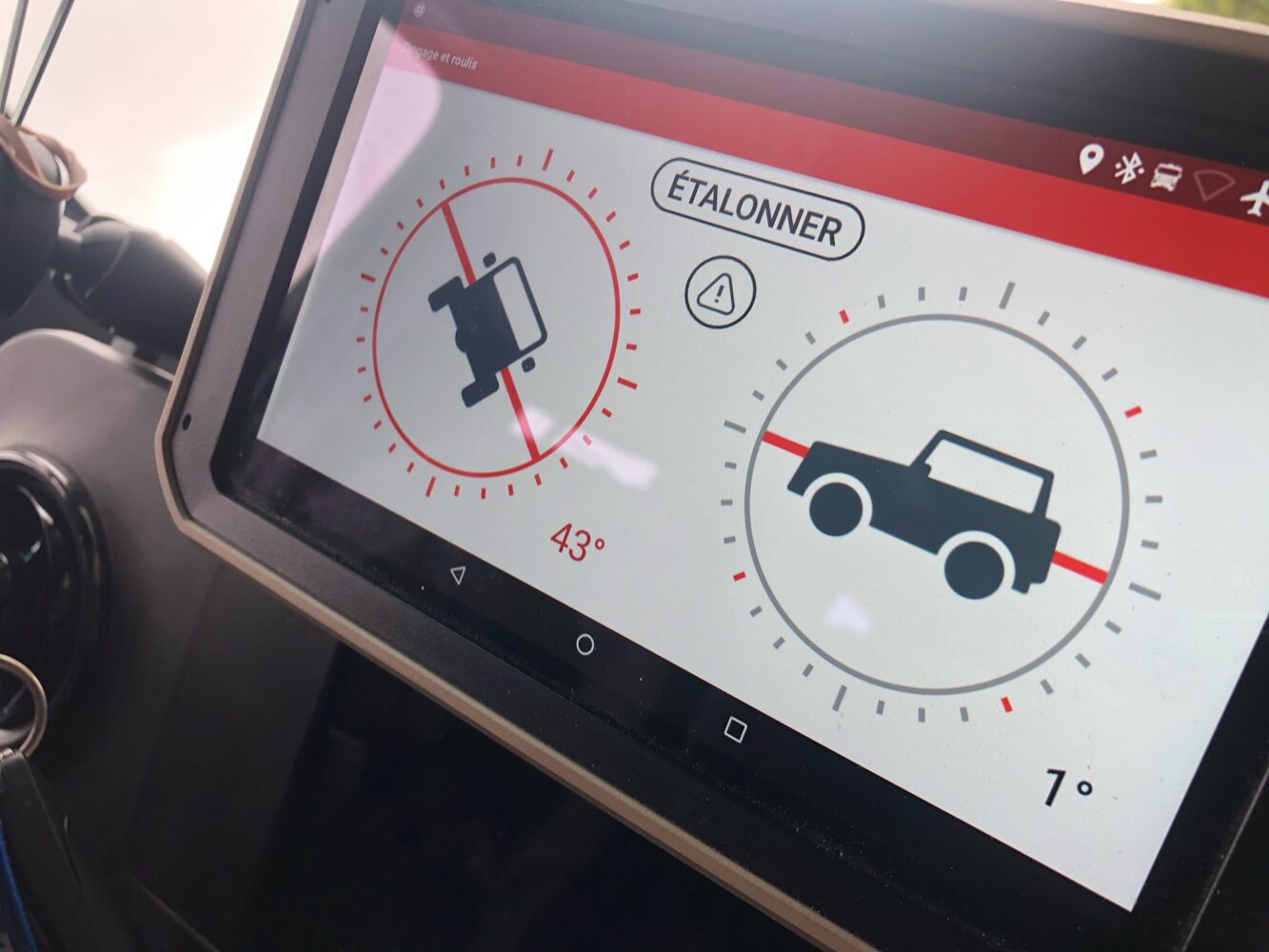 I did some research online and couldn’t find any data about the tipping angle or center of gravity of a fully loaded high-roof van. While pre-testing for the off-road driving academy, the van reached 20 degrees of bank. I found myself impressed that it still looked very planted both from an inside and outside point of view. 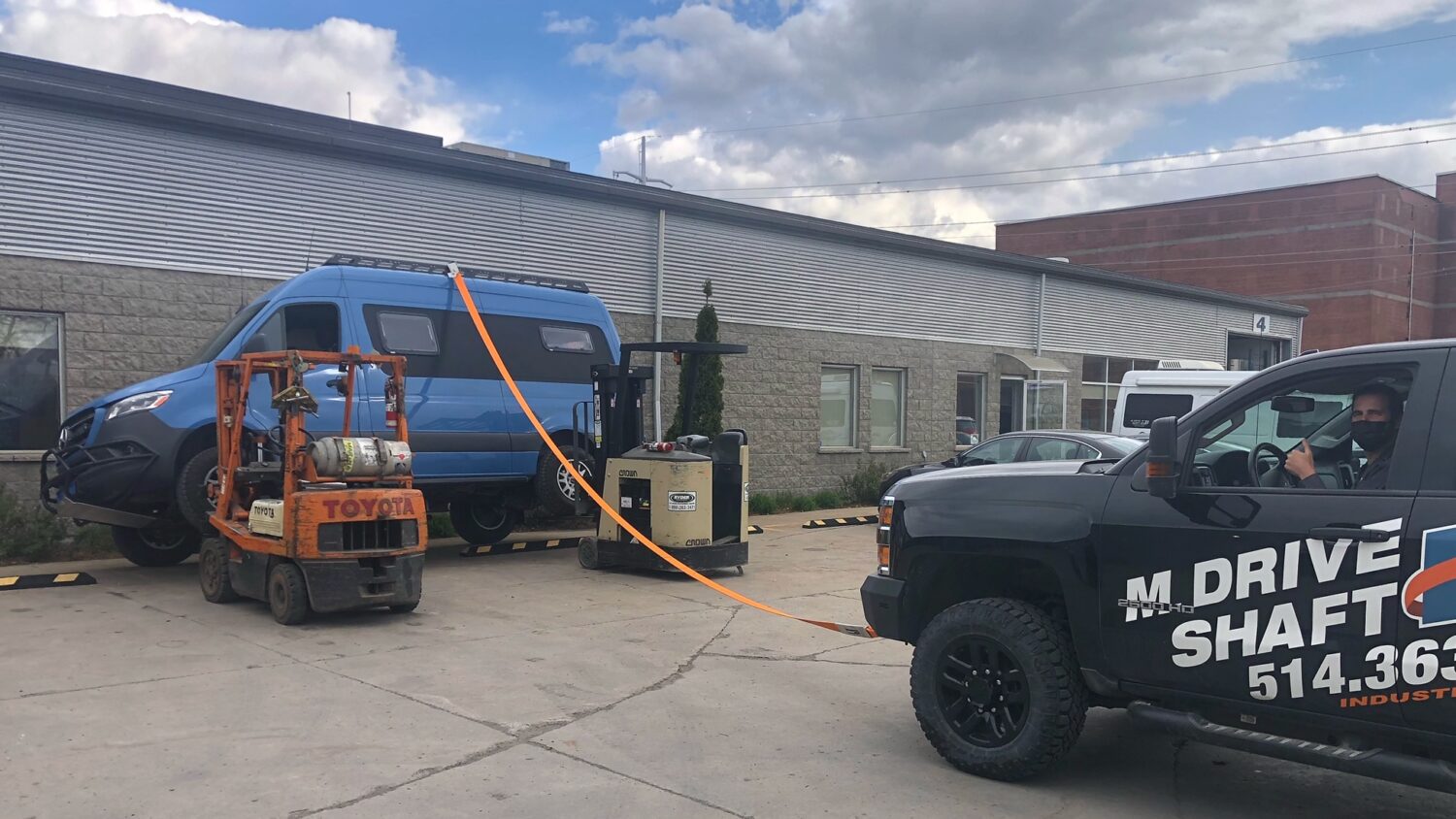 But how far could it go before tipping over? At which angle to set my inclinometer alarm? I had to know! I placed a quick call to my friend Olivier, an avid off-roader, who told me to drop by his shop at the end of the day and “we will find out.” 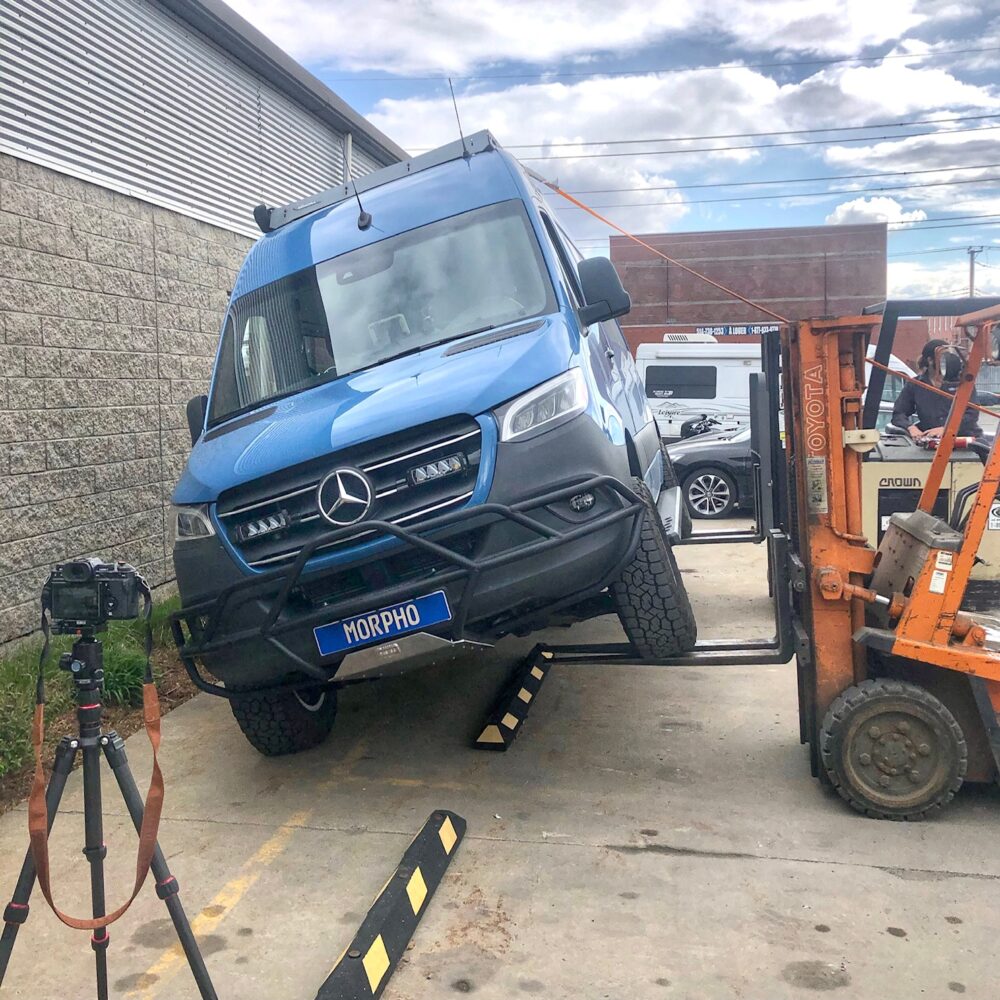 My resourceful friend had two lifts ready, one for each driver’s side wheel. We strapped the sturdy roof to his pickup truck and then parked the van close enough to a wall so that if everything went wrong, I might only have the awning to replace. 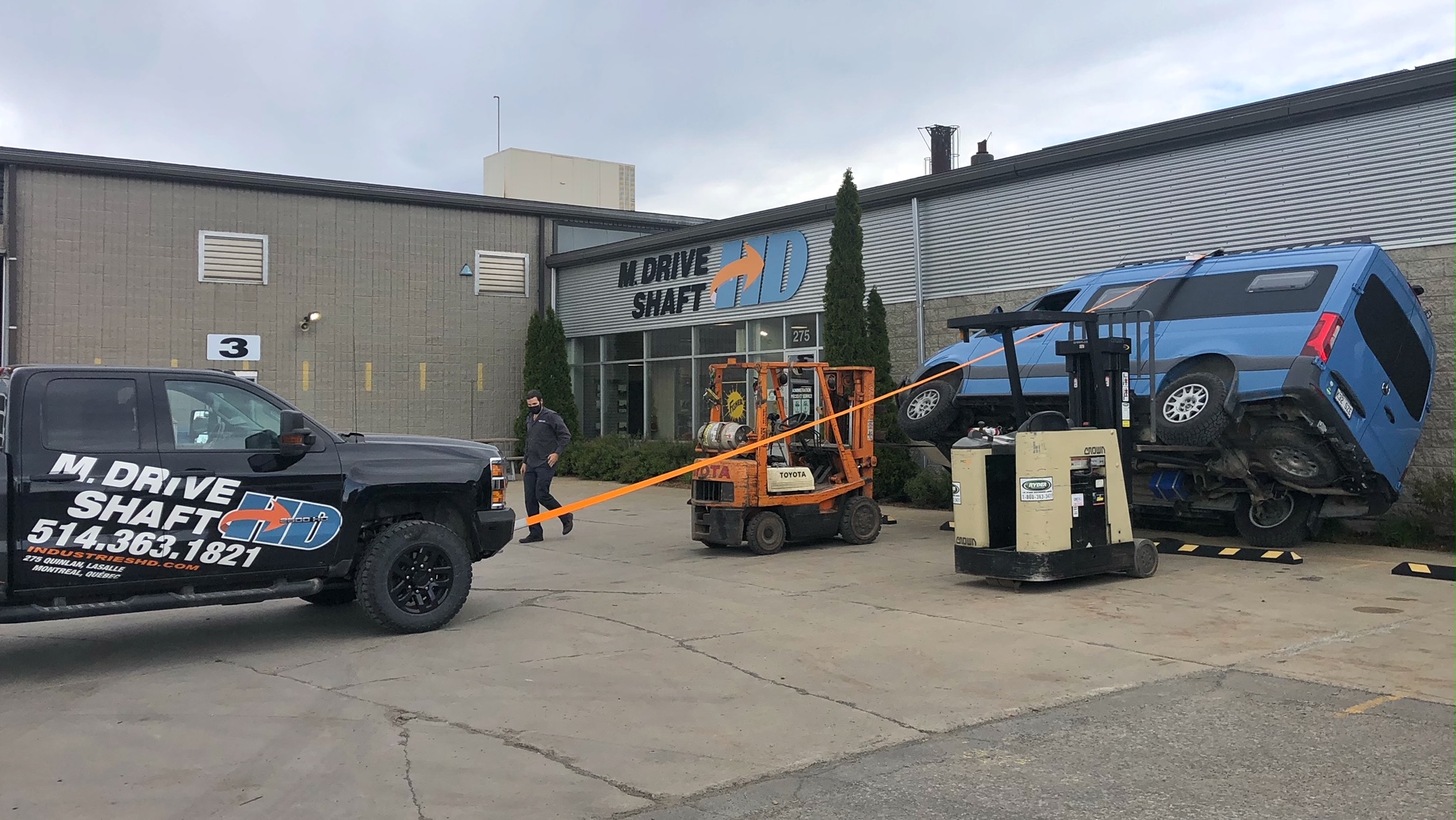 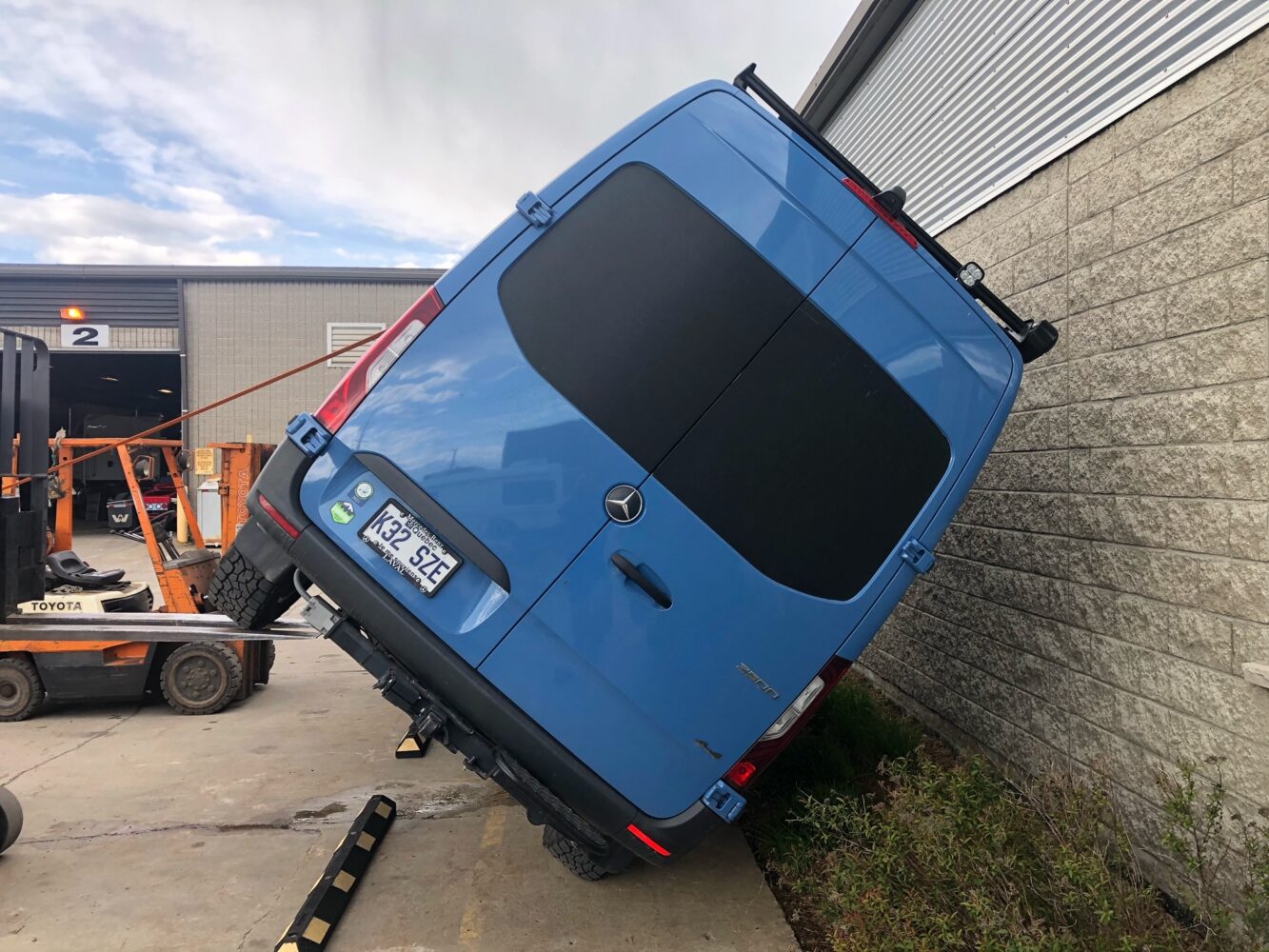 With both driver’s side wheels on the forks, we slowly lifted and lifted. At 30 degrees, we tried to lift the upper side by hand. It didn’t move, gave a little more, and then more and more. Even with the van fully packed from the last weekend’s road trip with an upper cabinet full of stuff, a 30-gallon water tank, a fridge, and a heavy electric awning on the side, we reached 43 degrees before it became light on the forks of the lift. At 45 degrees, I could move the van by hand on one side or the other. 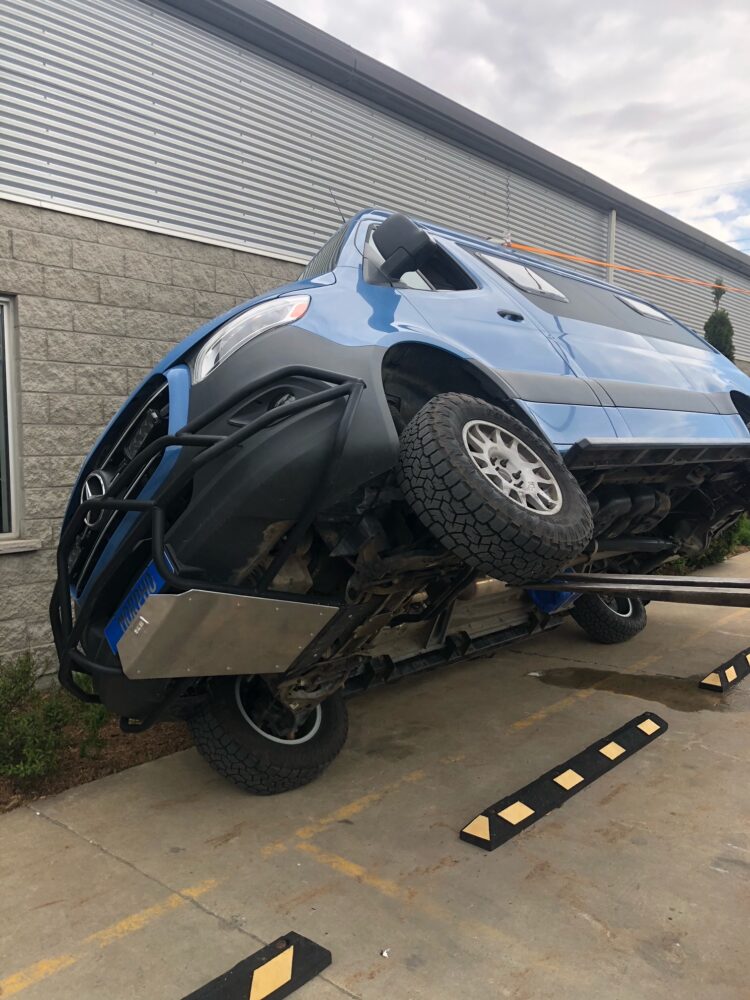 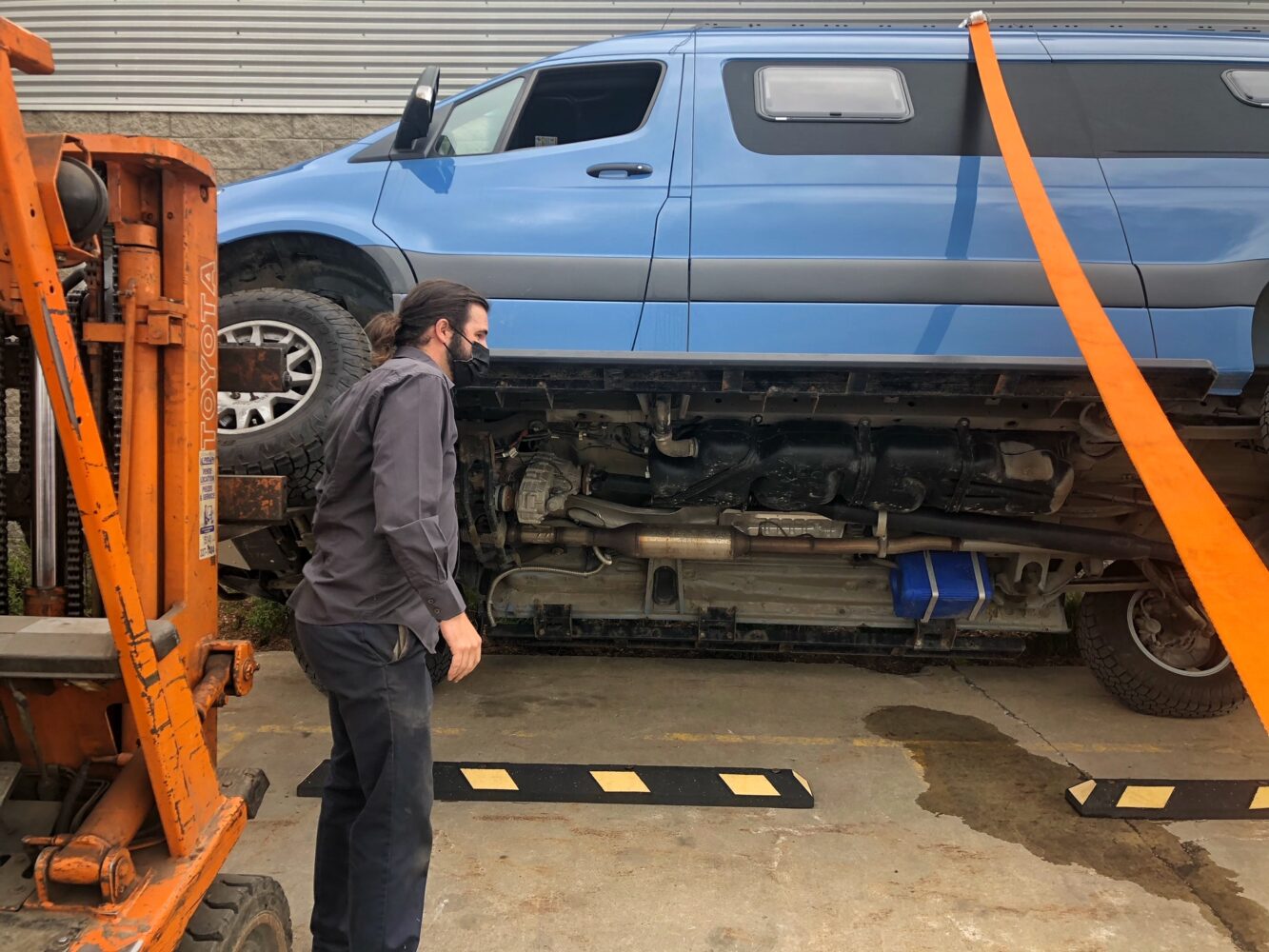 We lowered the van a bit and took the shots. Needless to say, we were very impressed.

Disclaimer: The test was made on a solid, leveled surface with a static vehicle without people onboard. We performed this test to satisfy our curiosity, and I think we made a point that high-roof vans are not as tippy as some folks suggest.

Throughout the last 25 years, J-F has always been driven by passion, whether as a motorsport photographer, traveler, father, husband, rally driver, or high-performance driving instructor. When he's not in the garage working on new creative projects, he travels with his family across North America using as many backroads as possible. The knowledge learned developing his race/rally cars has been helpful to build his adventure rigs. Constantly looking forward to new challenges, J-F is currently a reference in the world of van conversion. He likes pushing the limits as well as helping others reach theirs through online communities.