Kyrgyzstan has become a mecca for bikepackers around the world. This jaw-droppingly beautiful country, often referred to as the “Switzerland of Central Asia,” has just 29.5 residents for each square kilometre (compared to England’s 432), and the mountainous Tian Shan region covers 80 percent of it (the highest point is Jengish Chokusu 7,439 metres, 24,406 feet). Epic landscapes, hospitable people, visa-free entry, a rich history (Osh, the country’s second-largest city, is 3,000 years old), and some of the most challenging and rewarding adventure cycling routes in the world has given Kyrgyzstan a warranted reputation for bikepacking perfection. It’s fitting that the country is now home to one of the most-fabled, unsupported, single-stage cycling events in the world, the aptly named Silk Road Mountain Race (SRMR).

The race is the brainchild of Nelson Trees, who rode in Kyrgyzstan and traced a 1,700 kilometre (1,056 miles) bike route that became the SRMR, an event that has since “been called the toughest race in the world.” It’s an 1,800 kilometre (1,118-mile) fixed route that incorporates 30,500 metres (100,065 feet) of climbing, just three staffed checkpoints, and sections with over 250 kilometres (155 miles) between resupply points (with one close to 400 kilometres or 248 miles). Additionally, participants can expect inclement weather, no shortage of hike-a-biking, and very few paved sections. The race never drops below 1,300 metres (4,265 feet) and includes five passes above 3,500 metres (11,483 feet). It’s consequently no surprise that the organisers provide a comprehensive race manual and make clear that “entering into this race is a serious undertaking.” 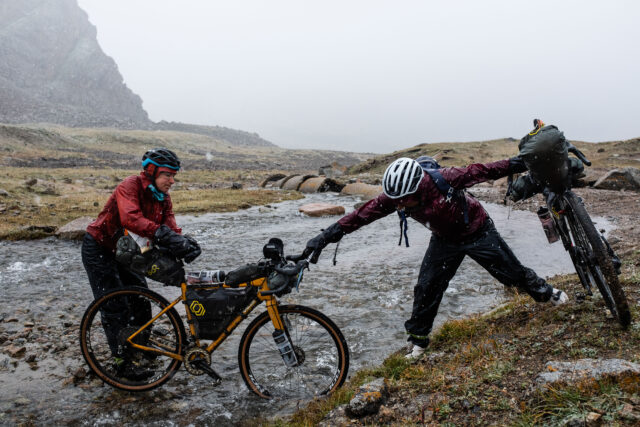 Trees explains that it was primarily born out of his experiences on the Transcontinental Race: “an incredible adventure and now Mike Hall’s legacy.” Hall was a legendary racer who was tragically killed during the Indian Pacific Wheel Race but who was also personally involved prior to his passing in the SRMR. Trees laments, “He should have been part of it. I hope that making it happen is a worthwhile contribution to the unsupported racing scene that he was instrumental in helping to create. He is sorely missed.” The race is designed to test riders’ physical and mental endurance; the “clock does not stop, and there are no prizes.” So, it’s not unreasonable to ask, why take on such a brutal challenge? The answer will undoubtedly vary for everyone, but I think one key reason is the way this event seamlessly combines racing and untamed adventure. There are many long-distance races around the world, but very few offer such a sense of vast uninhabited wilderness. In short, it’s the magic of Kyrgyzstan. 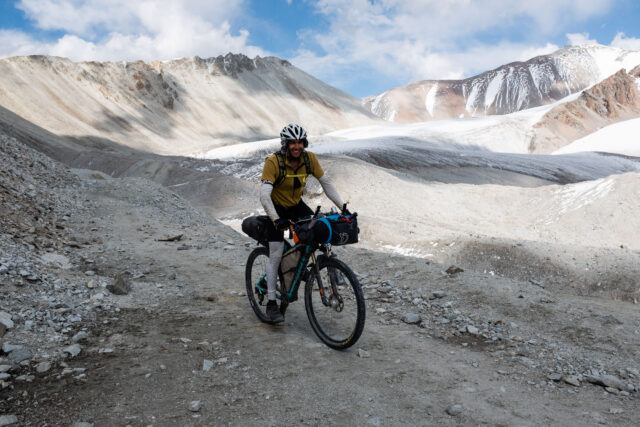 This Central Asian country is wondrously beautiful, untamed, unforgiving, and largely untouched by human civilisation. It is situated along the Silk Road (one of the country’s three Unesco World Heritage Sites), the ancient trade route between China and the Mediterranean, also popular for vehicle overlanding. The Tian Shan mountains (another UWH site) dominate the country and ensure the race backdrop is never short of extraordinary whilst also posing a huge challenge for riders. These lands are steeped in nomadic history, and even today, only 36 percent of the population resides in urban areas. The country’s historical tapestry is rich with warrior culture, most notably, the Epic of Manas. A poem 500,000 lines in its longest form, it tells the story of Manas, who united the warring tribes of the nation, and is subsequently still prominent in Kyrgyz culture (the national flag depicts 40 rays of sunshine, representing the 40 tribes he united). Despite their warrior DNA, the Kyrgyz people are deeply hospitable and kind (a common trait amongst small nomadic communities), and riders can expect to meet many friendly faces during the event. Tourism only equates to 1.25 percent of the country’s GDP, and this is reflected in the basic infrastructure available to travellers, but is also one of the reasons visiting is so exciting.

The ride was cancelled last year due to Covid-19 but is scheduled to take place this year on August 13. As a result, most of the 2020 entries will be competing this time round (but, at the time of writing, there are still available spots for those interested). The event can be entered solo or as a pair but is judged as separate categories. There have also been some substantial changes to the route for 2021, and the overall direction of the race has been inverted. There’s also a new start in the city of Talas with the finish on the north shore of Lake Issyk-kul, near the fishing town of Balykchy. The race will also include a visit to Tash Rabat, a 15th-century stone caravanserai on the Silk Road, thus avoiding the “Chinese Highway.” 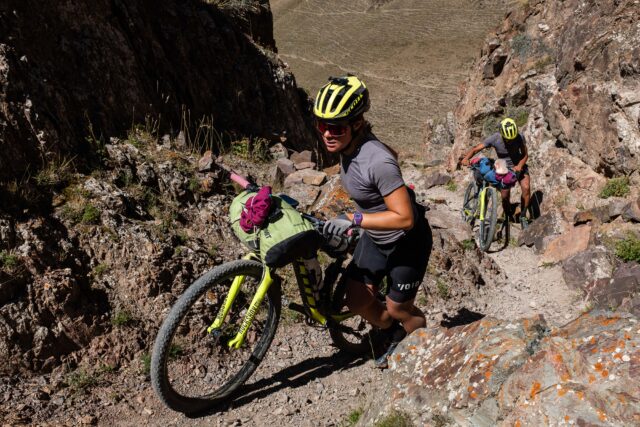 Furthermore, this year the race will begin in the evening, which will introduce some interesting tactical considerations for the riders. Crucially, these changes mean the SRMR will be more trying than before, incorporating an extra 100 kilometres (62 miles) and an additional 3,500 metres (11,483 feet) of climbing. Returning competitors can expect new challenges, but more importantly, they’ll enjoy some fresh impressions of this incredible country.

I’ve never been a competitive rider, and if I’m flying overseas with my bike, it’s to slow down, immerse myself in the culture, take photos, and travel at my own pace. However, this event is quite extraordinary, so that even slow-paced bikepackers like myself are intrigued. I’ve always been inspired by competitive ultra-endurance riders, and whilst I don’t directly partake, I love following along. As with many sports, there’s so much to learn from the pros, and I particularly enjoy assessing the bikes and gear they use for the event. There are lessons in weight saving, innovative ways to store equipment, no shortage of beautiful bicycles, and competitors often showcase the latest lightweight bikepacking accessories. 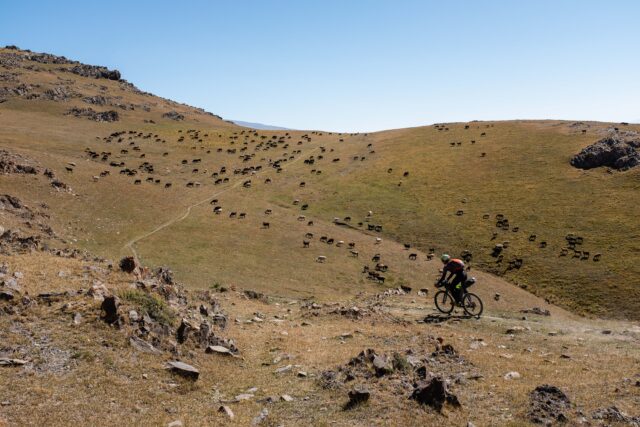 The Silk Road Mountain Race is quite possibly the most exciting competitive cycling event in the world. This race has a cross-category appeal whilst demonstrating the sports’ ability to bring people together and offer positive exposure to isolated parts of the world and its peoples—a true triumph of cycling. Full details of the event, including a detailed race manual, can be viewed on their website, silkroadmountainrace.cc.

I wanted to finish with a quote on ultra-endurance bike racing from the amazing Mike Hall.

“The trail might take the body to the physical place; covering vast distances through wild open and desolate landscapes alive with wildlife and changing before your eyes. The race however, the thrill of the chase, the potent cocktail of adrenaline, endorphins, fatigue, sleep deprivation, stress and finally relief takes the mind to quite another. The personal satisfaction, confidence and empowerment from the achievement lasts a lifetime. For me this combination is untouchable.

This is why, for now at least, you can keep your nice, your leisurely and your convenience and if it comes to it, you can also keep your professional sports. This is not a tour and no, I do not want to slow down because I really don’t think I could possibly enjoy any more than I do.”