Whether you’re into custom campers, classic four-wheel drives like Broncos and Power-Wagons, or awesome new concepts like the AEV Chevrolet ZR2, the SEMA show has something for you. But amidst all the cool builds, there are a few vehicles that just leave us wondering “What’s the point?” These particular trucks and SUVs are usually covered wheel to roof in chrome components, sporting low profile mud terrains on massive deep-dish wheels, and lacking any real off-road capability, yet people seem to love them. Who knows, maybe we’re just behind the times. Let us know what you think of these eye-popping rides below. 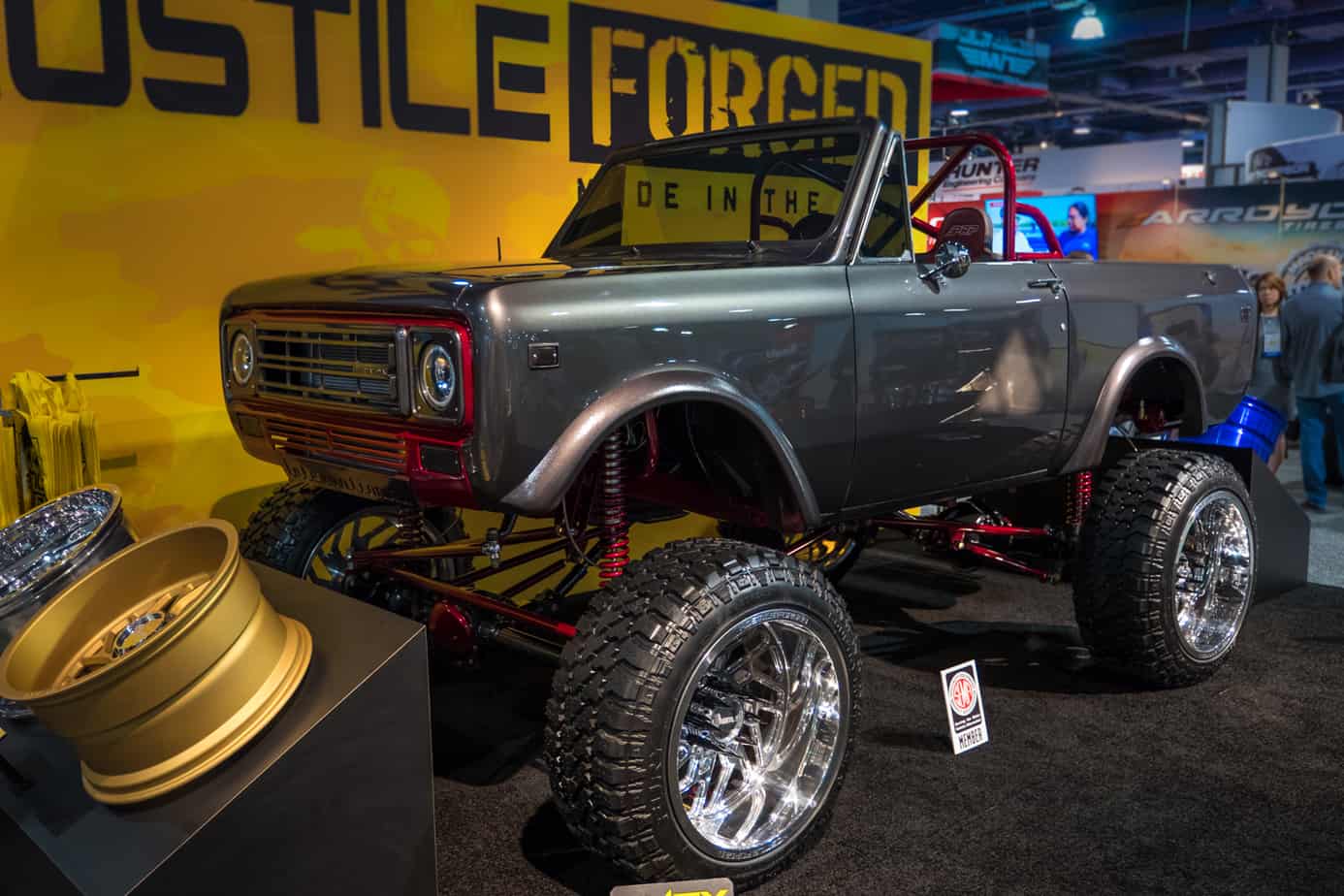 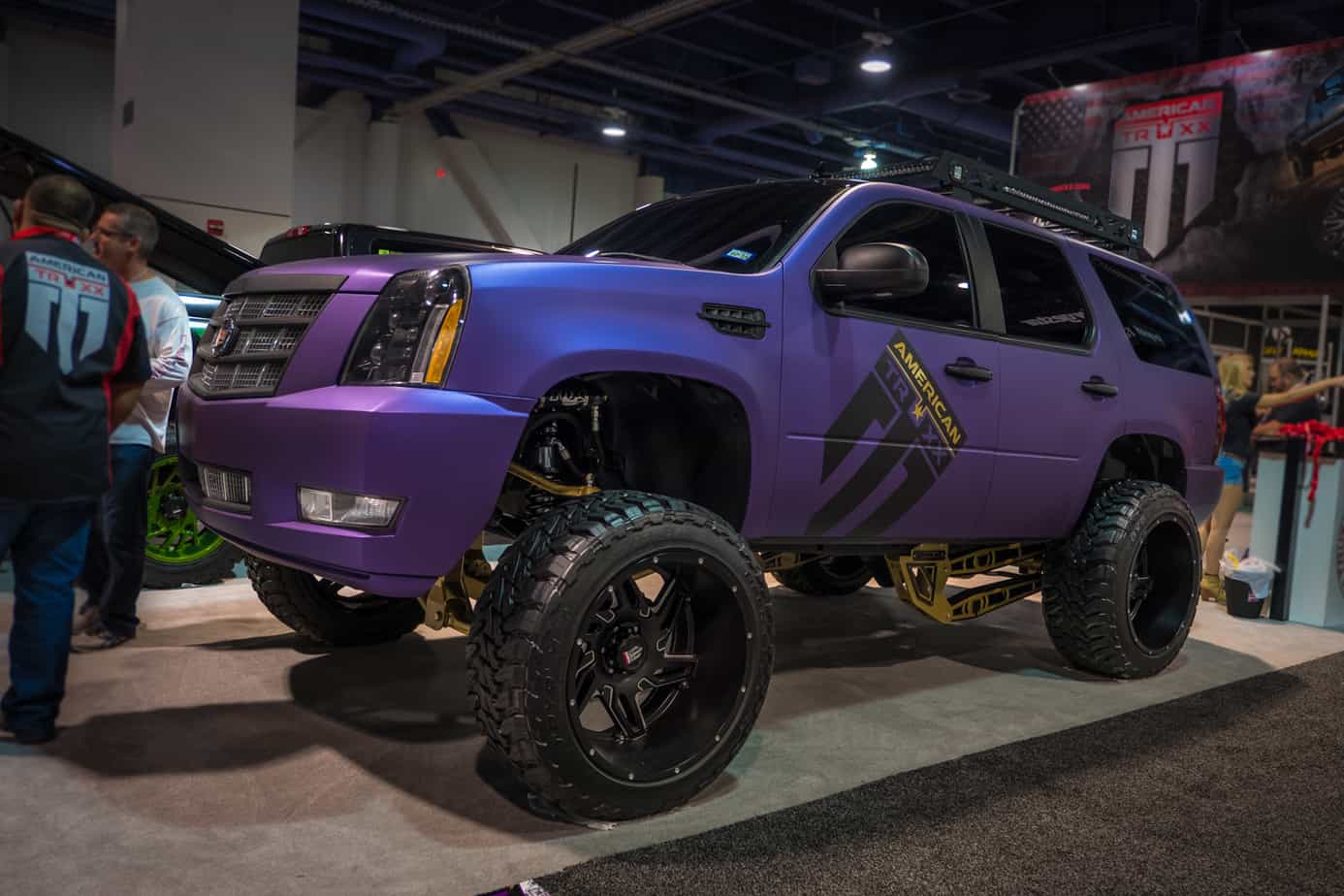 We were glad to see they had at least used black accents instead of chrome on this Escalade, but everything else is just strange. After staring at it for some time, I have yet to ascertain just what its intended use is. 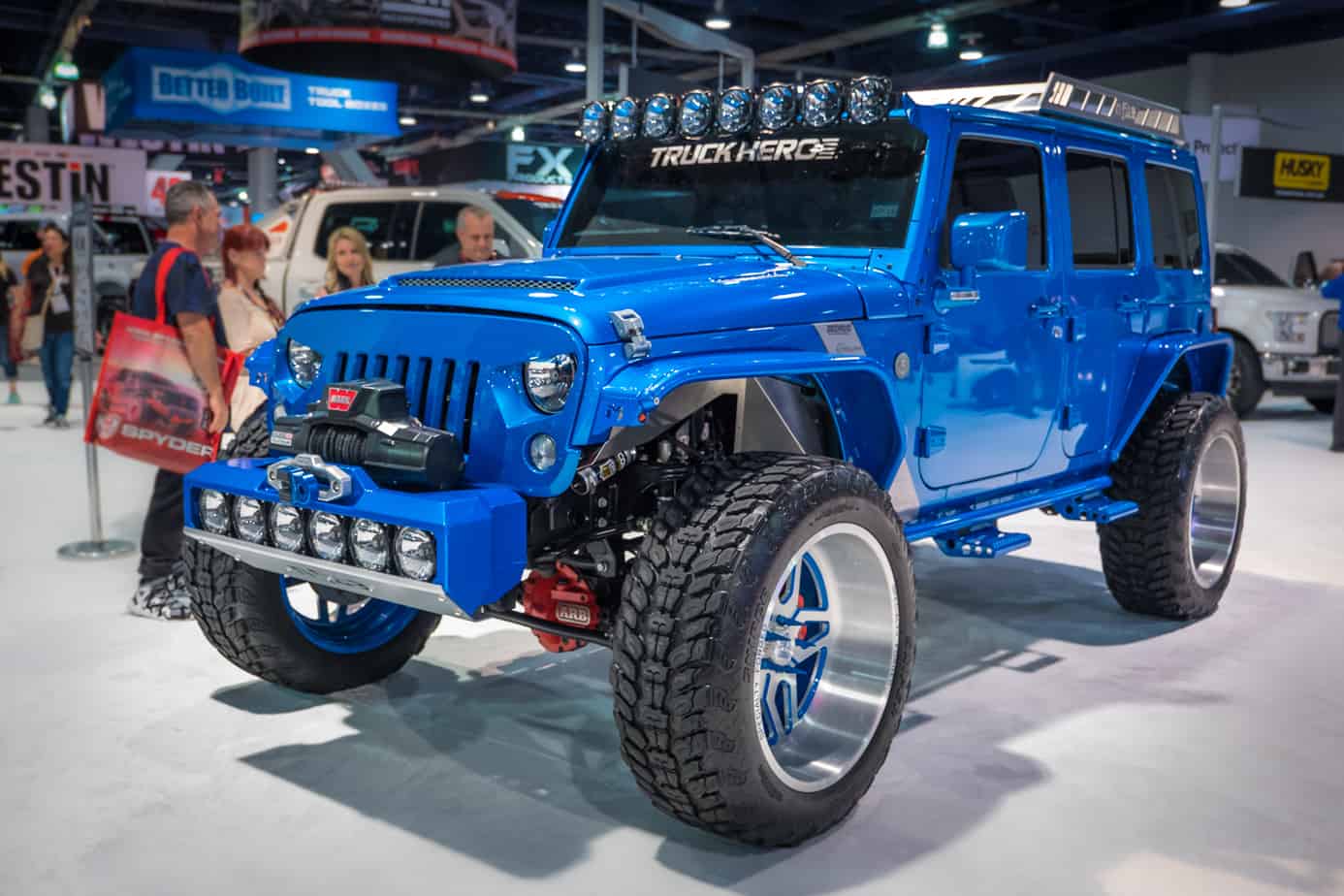 You might be wondering why this Jeep is here. After all, it actually appears to have some decent components, but for some reason I couldn’t help but feel that it looks like an oversized Hot Wheels toy. Would you agree?

There’s no shortage of lifted trucks at SEMA, but this was one of the craziest ones we saw. The red chrome wheels, red LED headlights, and red rock lights were over the top, but the addition of blue overhead lighting  just made the entire booth feel a little sickly. 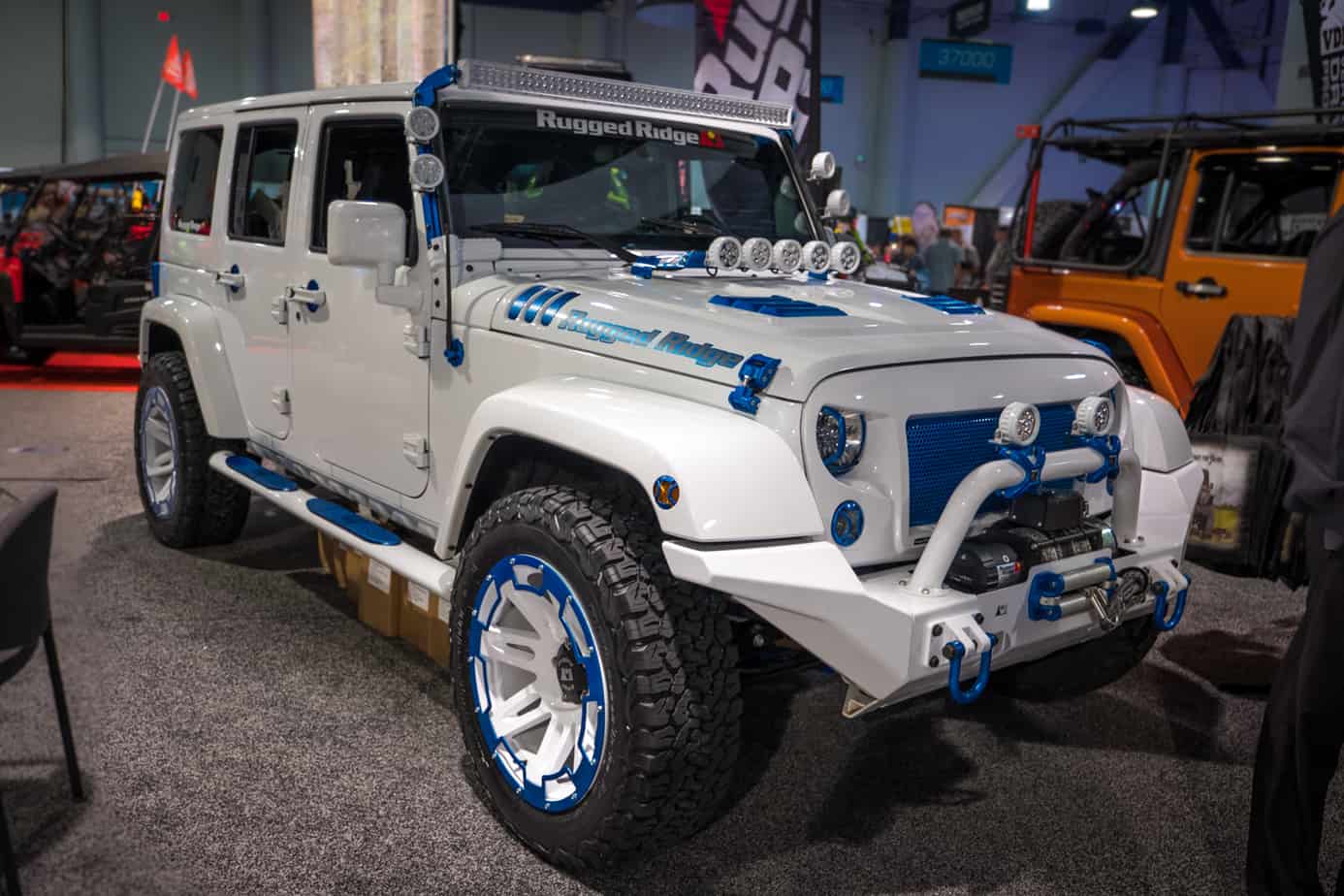 Rugged Ridge has brought some cool vehicles to shows in the past, but I can’t help but feel they missed the mark with this Jeep. Like the other JK we mentioned above, it reminds us of a Hot Wheels car, but this one feels more like something you’d find in a happy meal. Hopefully they’ll skip the crazy blue accents on their next build, and opt for something a little more subtle. 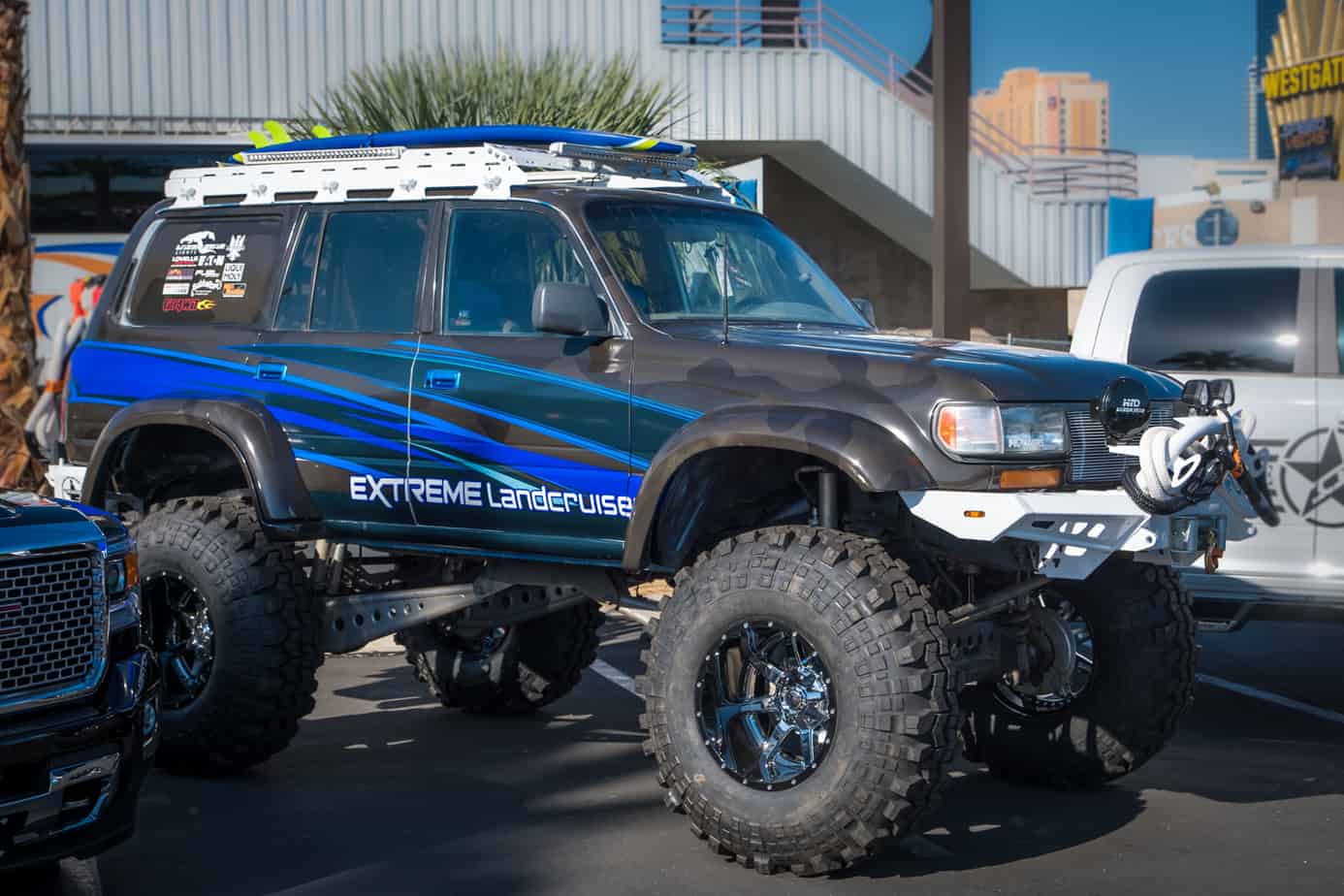 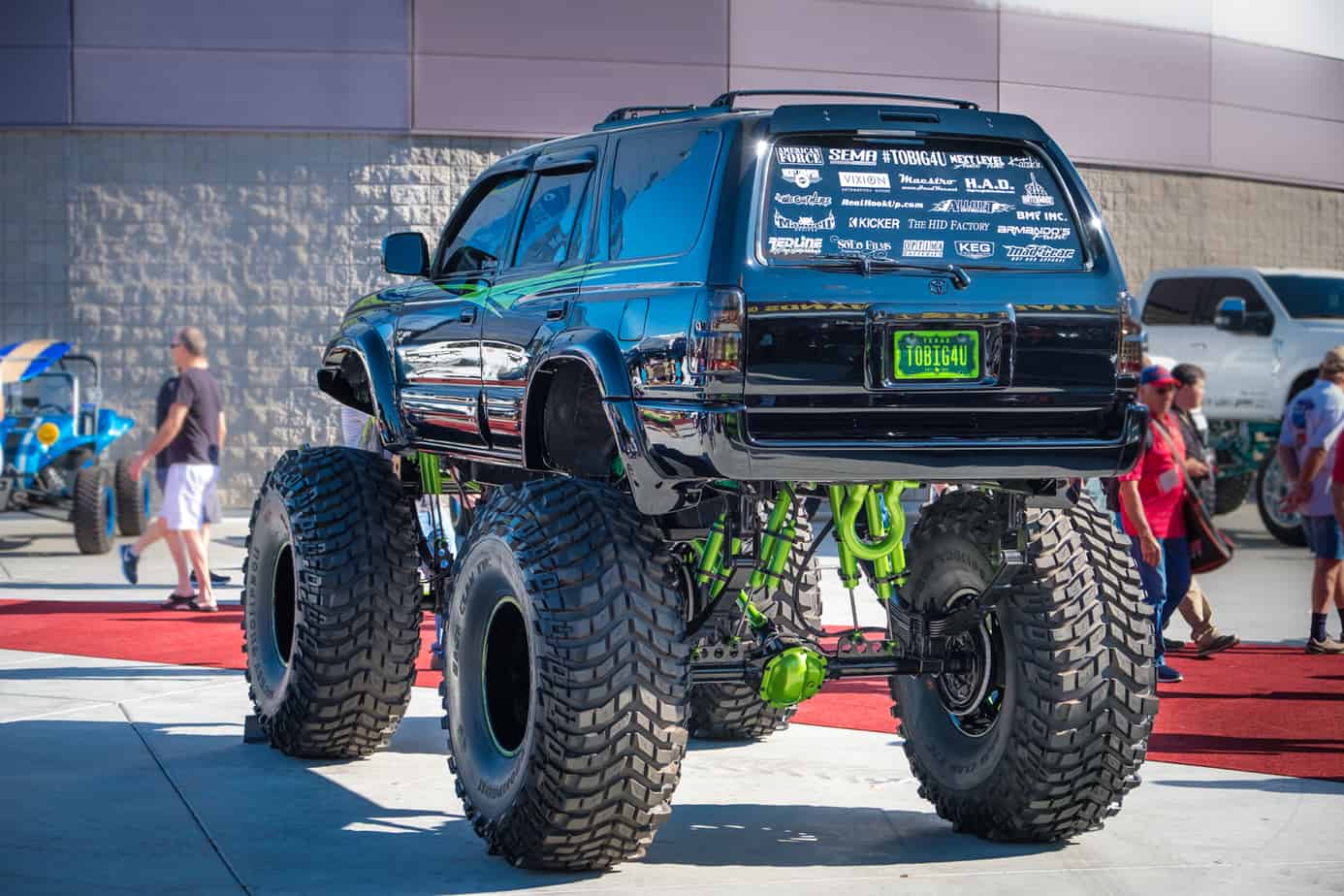 These might be the biggest Toyotas we’ve ever seen, certainly the biggest 4Runner. They would probably do okay in the mud and snow, and thankfully they aren’t decked out in chrome, but do the pros outweigh the cons? 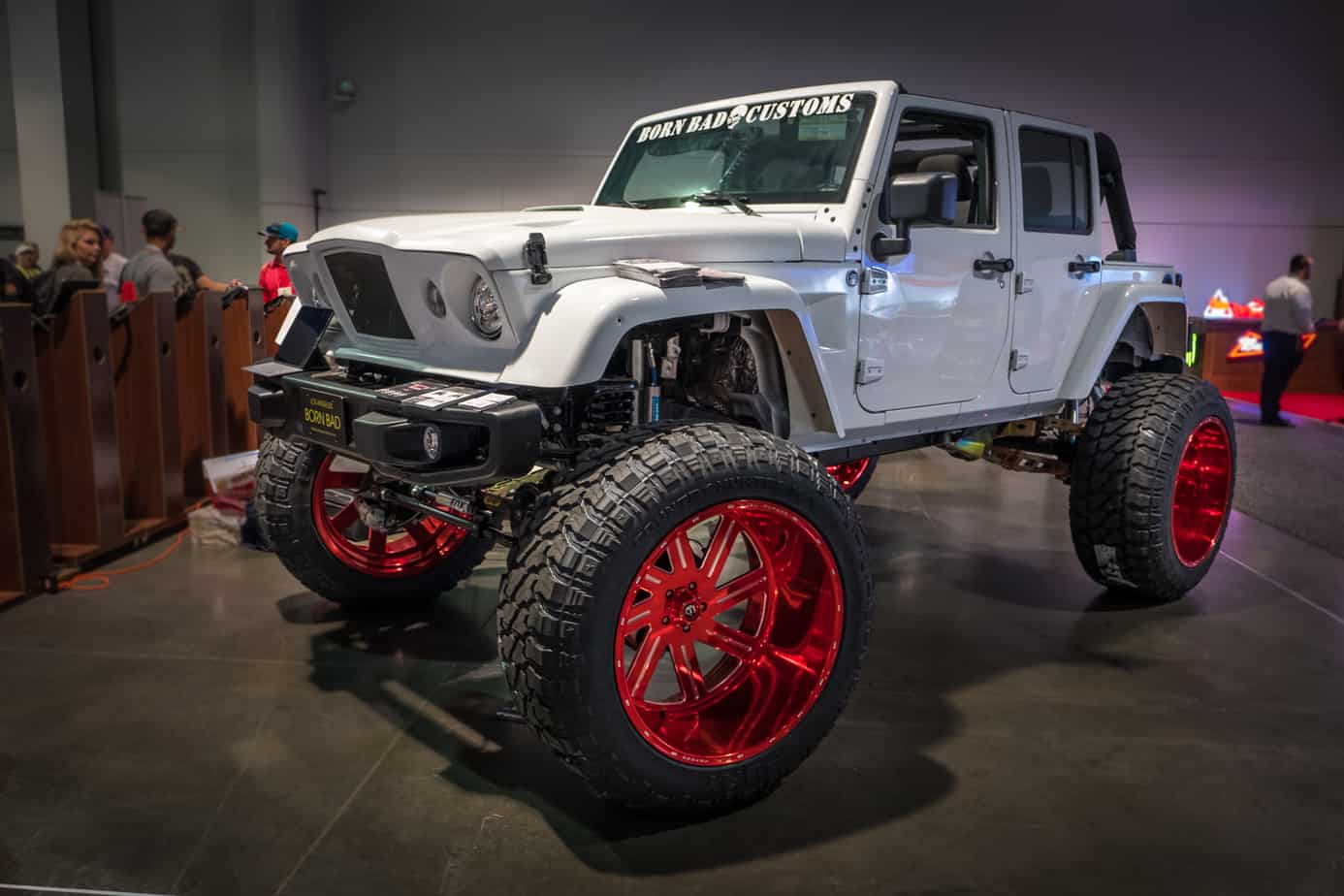 Between the retro grill, giant red-chrome wheels, and the gargantuan lift, we really don’t know what is going on with this JK. It certainly wasn’t born bad like the company’s name suggests, but they did a good job of making it look that way. 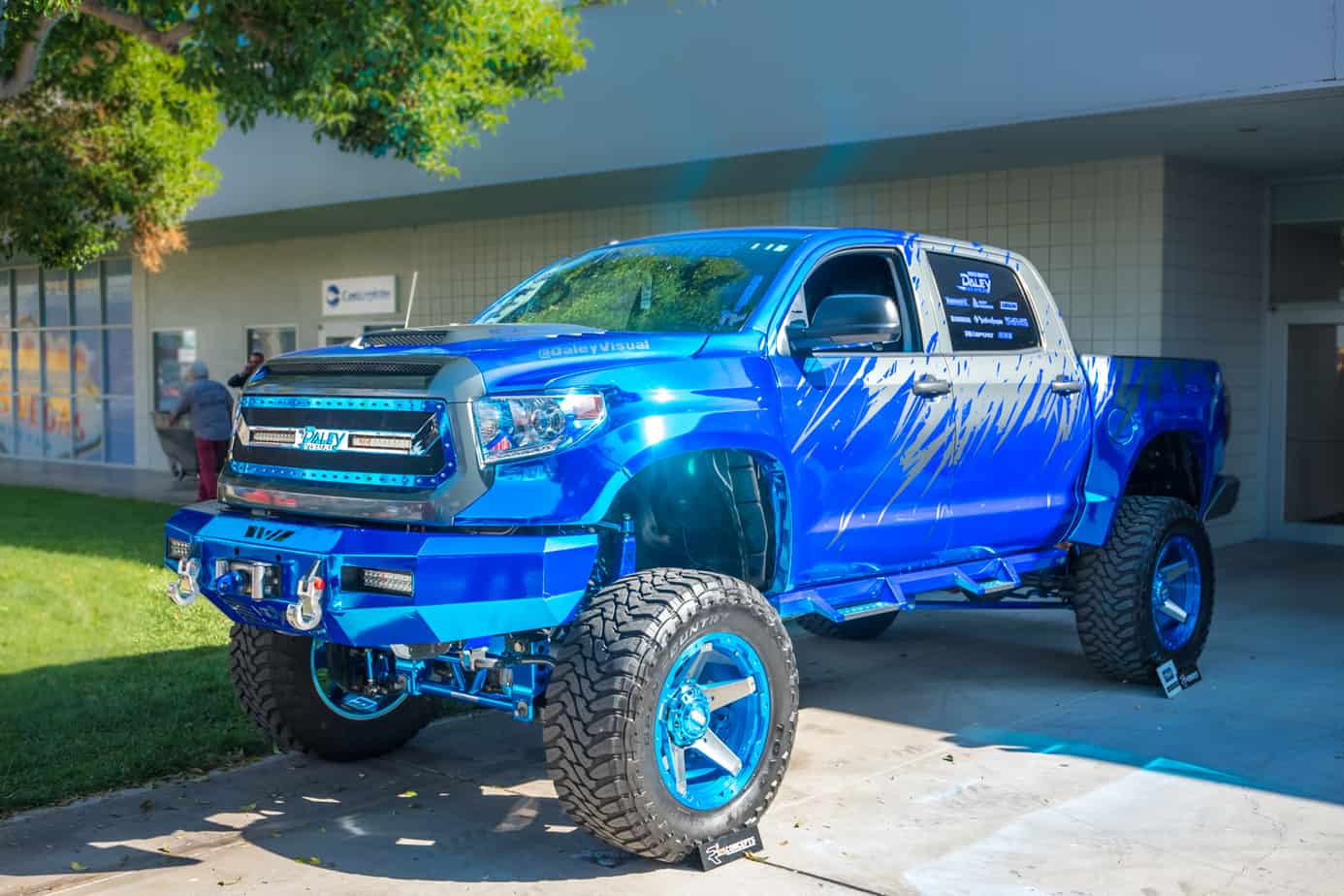 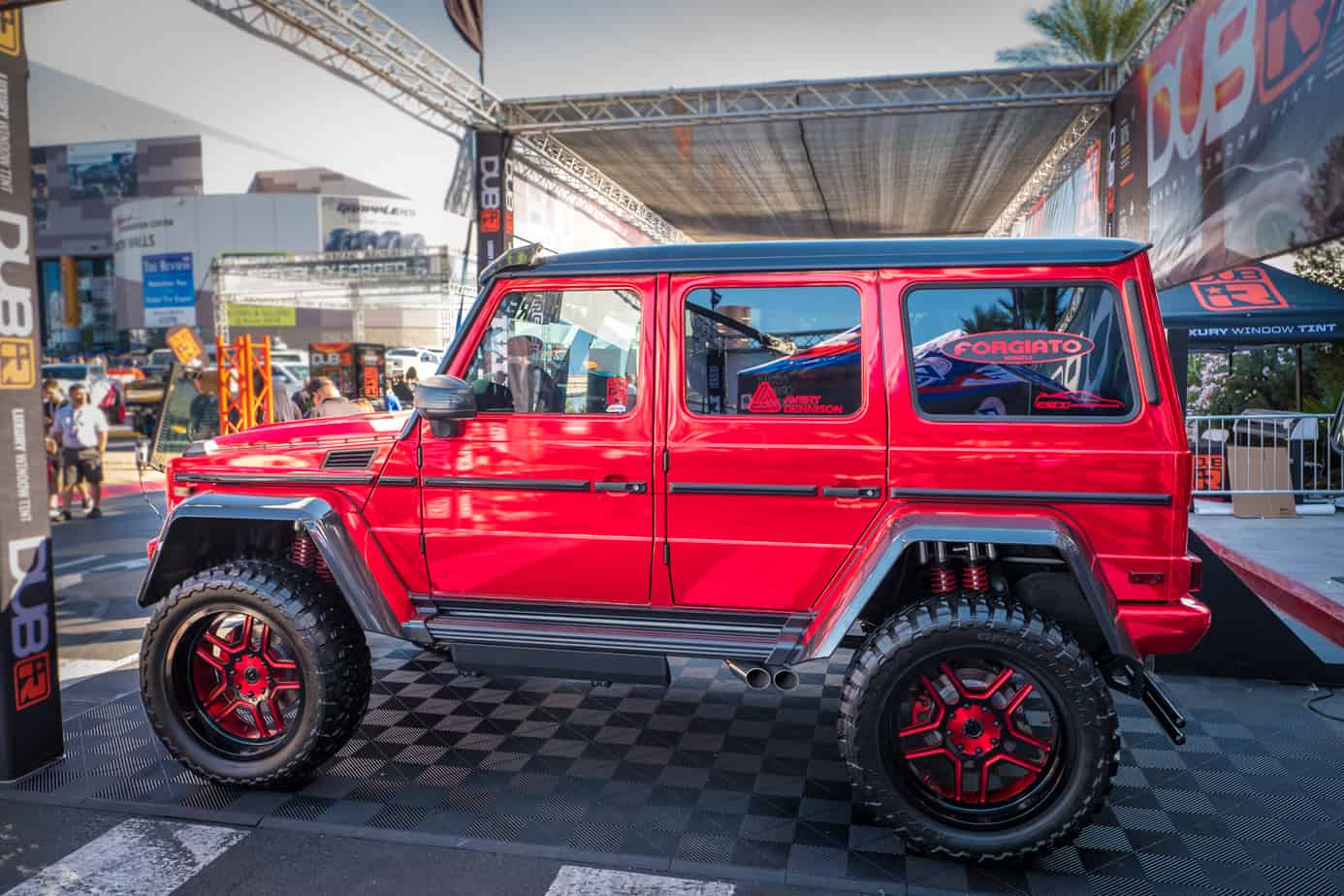 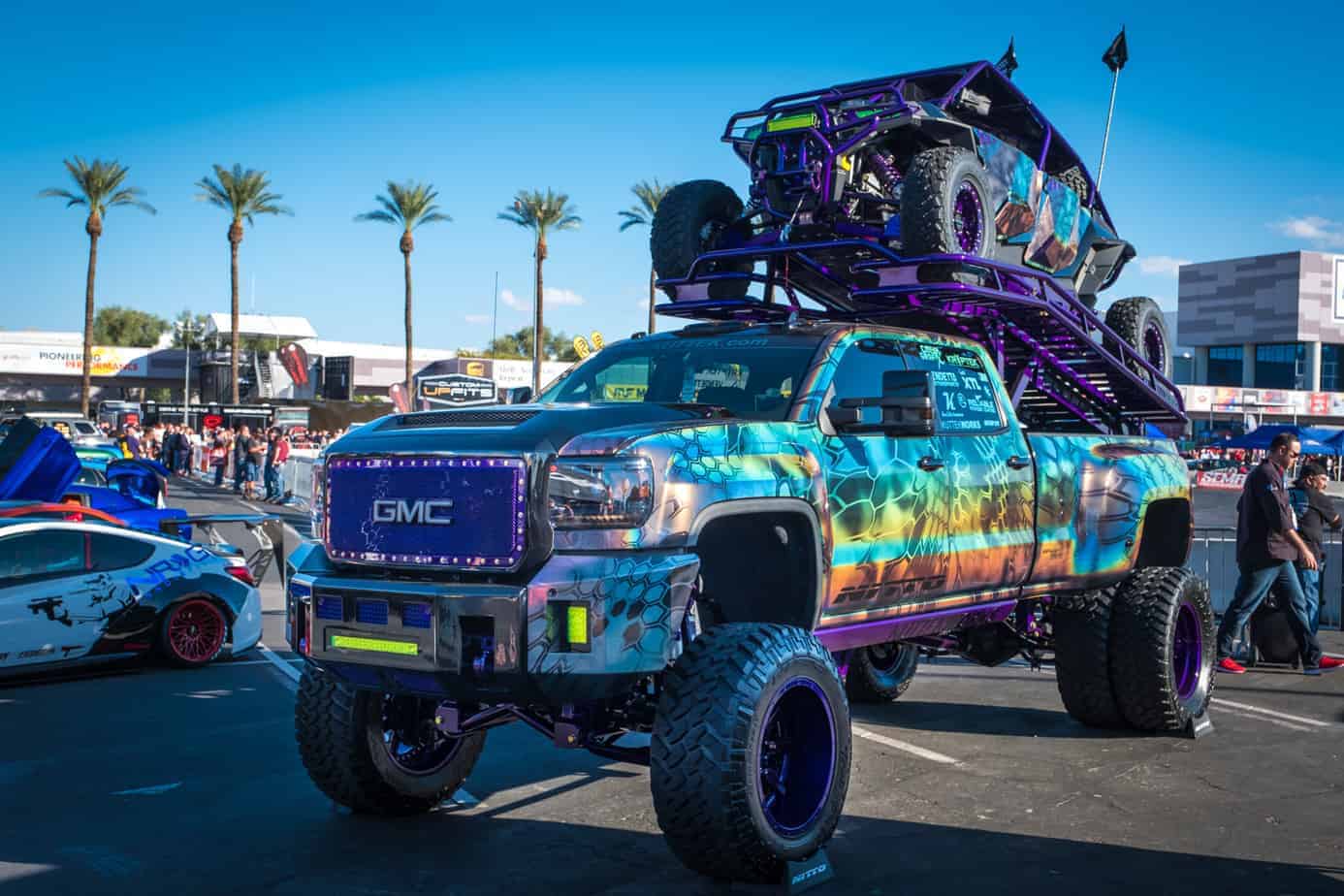 If insanely bright paint jobs are your thing, then look no further than the three four-wheel drives above. Sporting blue chrome, red chrome, and one of the craziest color changing paints we’ve ever seen, they are sure to attract a crowd. Of course, they might also blind that crowd with reflected light, so don’t stand too close. 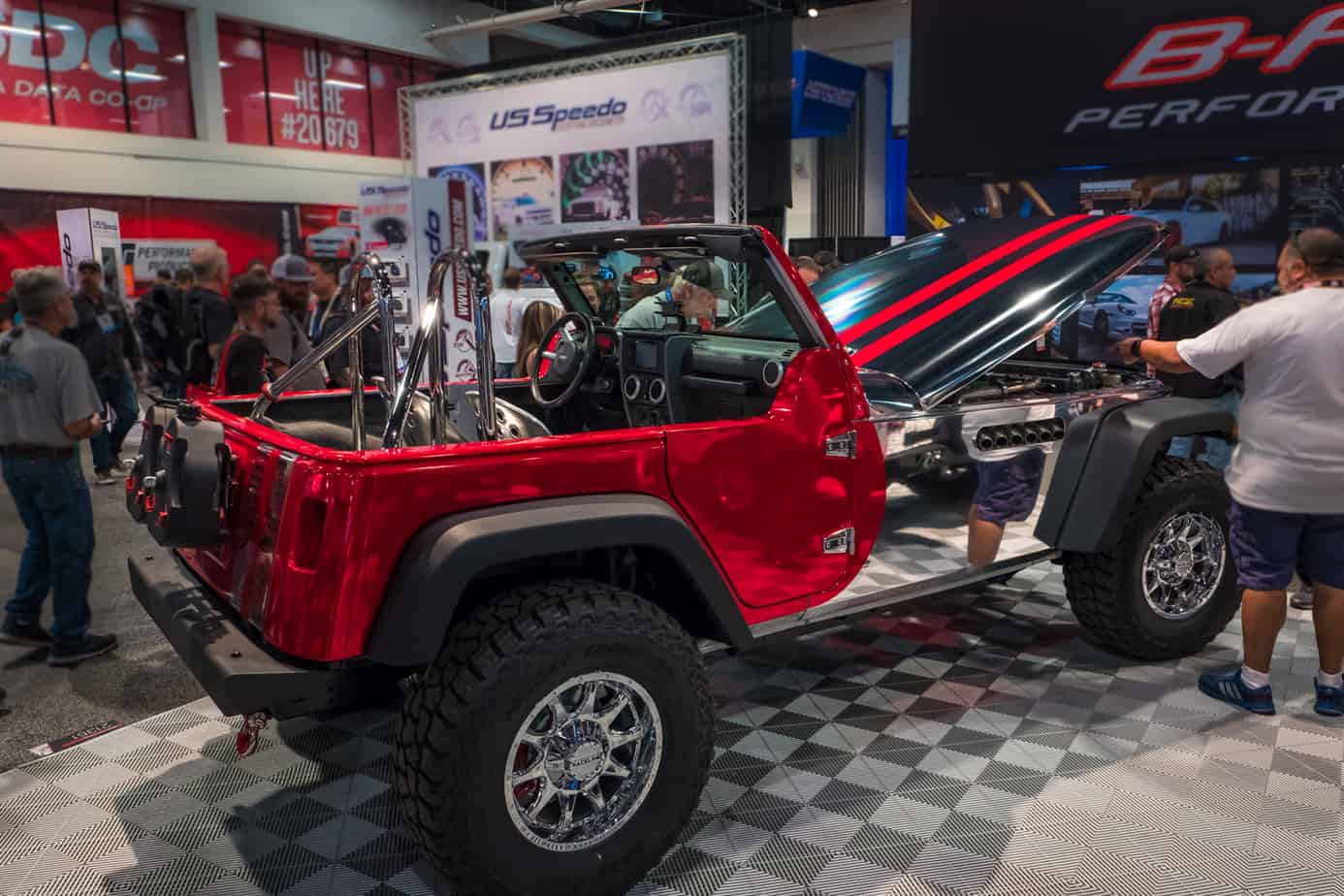 Mopar has repeatedly proven it is possible to make a Jeep fast, but somehow we don’t feel like extending the nose to squeeze in a bigger motor is the way to do it. 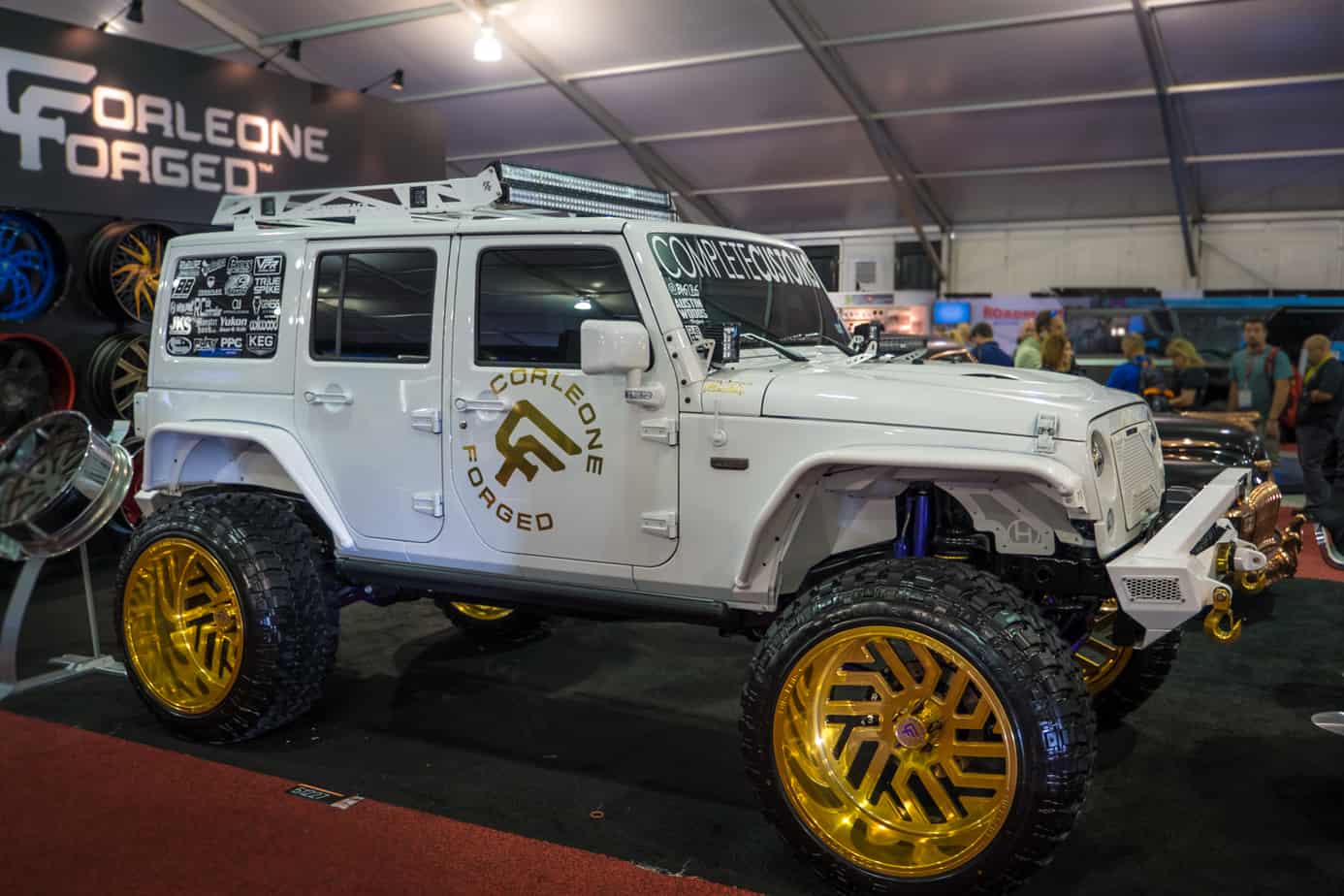 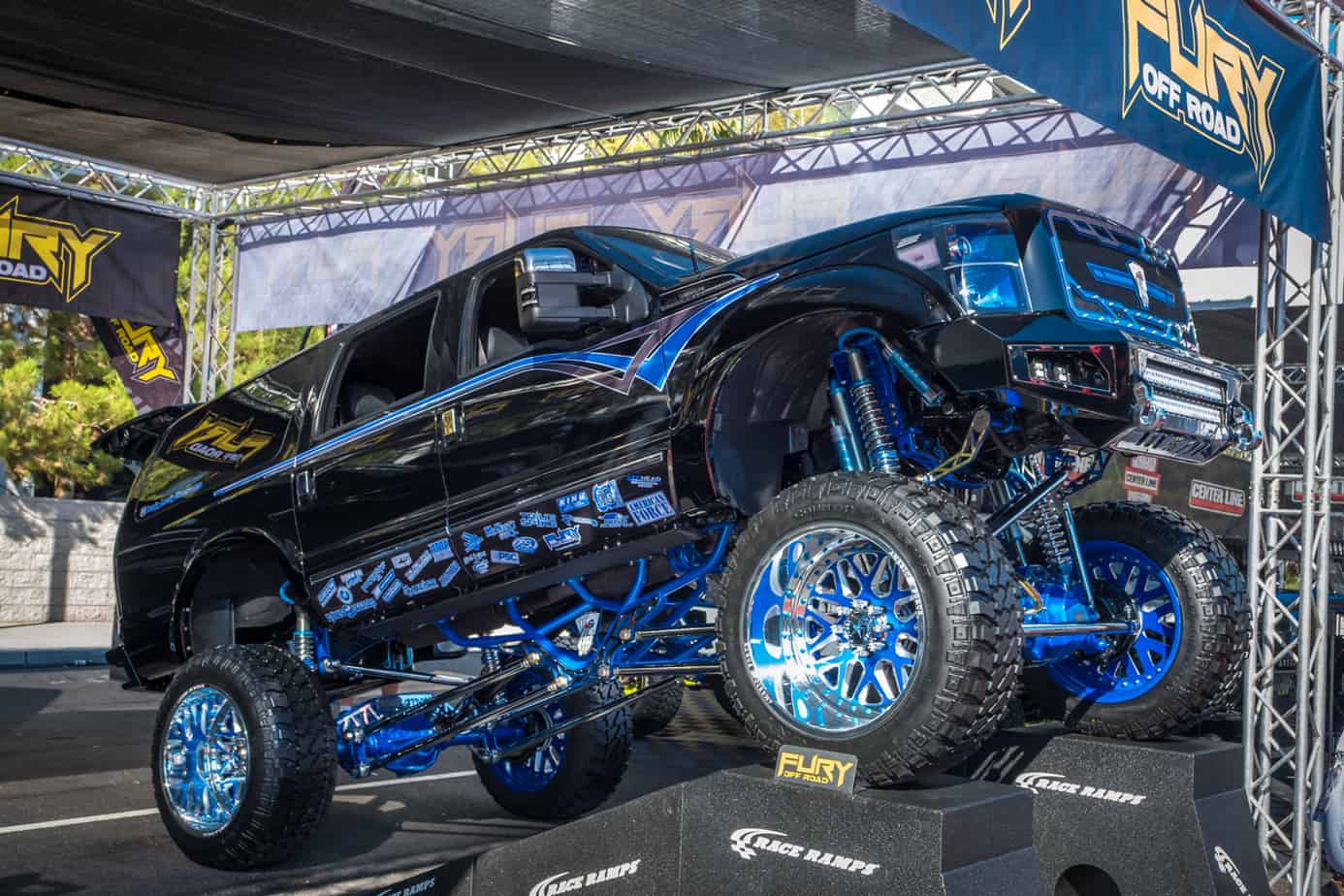 So what do you think of these interesting builds? Are they strictly show machines, proper off-roaders, or total wastes of money? Let us know in the comments below, and tell us which vehicle is your favorite or least favorite. 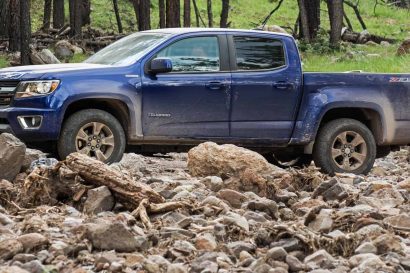 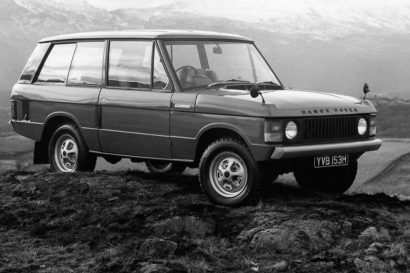 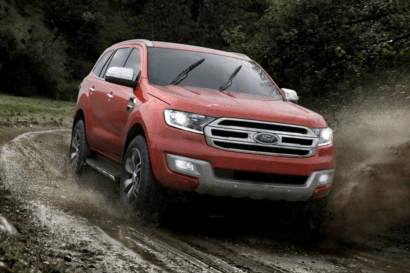 Ford Introduces New Off-Road Inspired Everest, But Not For the U.S.