A modern Bukhanka, making easy work of a mountain pass in Georgia.

Bold but brutal, the UAZ-452 is a true one-of-a-kind experience— a perplexing mix of oddity and simplicity that has stood in open defiance to any automotive design trend of the past 50 years. It is a motorized anachronism that just won’t die. Whilst the more sensible among us may choose to steer clear of this blast from the past, many others, including myself, couldn’t be any happier about its stubborn persistence.

Fittingly given the nickname Bukhanka, the Russian word for bread loaf, this wonderful feat of Soviet engineering has been capturing the hearts of Red Army veterans and wayward overlanders alike for more than a half-century. Created from necessity and beloved for its straightforwardness, the bukhanka, like much of the Soviet Union, was built to function. Unfortunately, no one thought to ask if it needed to function well.

Red hot and unapologetically loud, the bukhanka is devoid of just about every modern creature comfort that motorists have come to expect from even the most humble of rides. Bobble-head inducing from the slightest of bumps, the buhanka is, inexplicably, manufactured without shock absorbers. An entirely manual operation, the four-wheel-drive shaft requires two hands and often some form of divine intervention to operate. Once in low-range 4WD, there is a better-than-decent chance you’ll be stuck there until a second prayer is answered. The seats are unmovable, the fuel gauge unreliable, and safety was, at best, a third concern for the manufacturers. 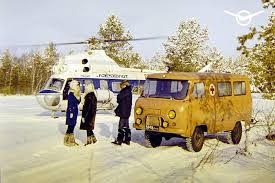 At first glance, many see nothing but a coffin on wheels. And in some respects, they are right. In the hands of a milquetoast motorist, the UAZ-452 is a sea as rough as they come. Yet, with the right mind behind the wheel, this loaf of bread is an unstoppable force—constantly breaking, but never breaking down. As the Russian saying goes, a bukhanka can always be fixed by the swing of a sledgehammer.

Understanding its niche, the vehicle is unlikely to evolve. Its current model, the UAZ-452, has been in production and remains effectively unchanged since 1966.

Just as many great stories do, the history of automotive’s most, or only, beloved loaf starts with the solving of a rather large problem. Or, in this case, a series of them. The first problem began in 1941, the problem was German, and it was fast approaching—Operation Barbarossa had just begun. Responding to the rapidly advancing Wehrmacht, Stalin ordered the relocation of key Soviet industrial centers to the east. As the blitzkrieg known as Operation Typhoon hastened for Moscow, ZiS, the capital’s main automotive manufacturer, was moved 500 miles east to Ulyanovsk. Situated along the Volga, Ulyanovsk already had a budding industrial center and plenty of available labour. Just a year later, the relocated factory was producing its first vehicle, the ZiS-5, a 3-ton truck capable of hauling 25 soldiers around at a time.

By 1943, it had become clear that the German forces would lose the battle over the Eastern Front. ZiS was moved back to Moscow, rebuilt in part with captured German machinery, and the factory in Ulyanovsk was given its name, Ulyanovsky Avtomobilny Zavod (UAZ).

As the ZiS-5 resumed production elsewhere, UAZ teamed up with the already well-established GAZ, a Russian manufacturer that had been producing Ford-modelled cars since 1929. First producing the GAZ-AA (based on the Ford Model AA) in 1947, UAZ later joined in producing the iconic GAZ-69, the Willys Jeep of the USSR. By 1956, the factory was not only assembling the famous GAZ-69 but manufacturing them from scratch, too. Thanks to this partnership with GAZ, just over a decade after opening its doors, UAZ had become the top manufacturer of four-wheel-drive vehicles in the Soviet Union. 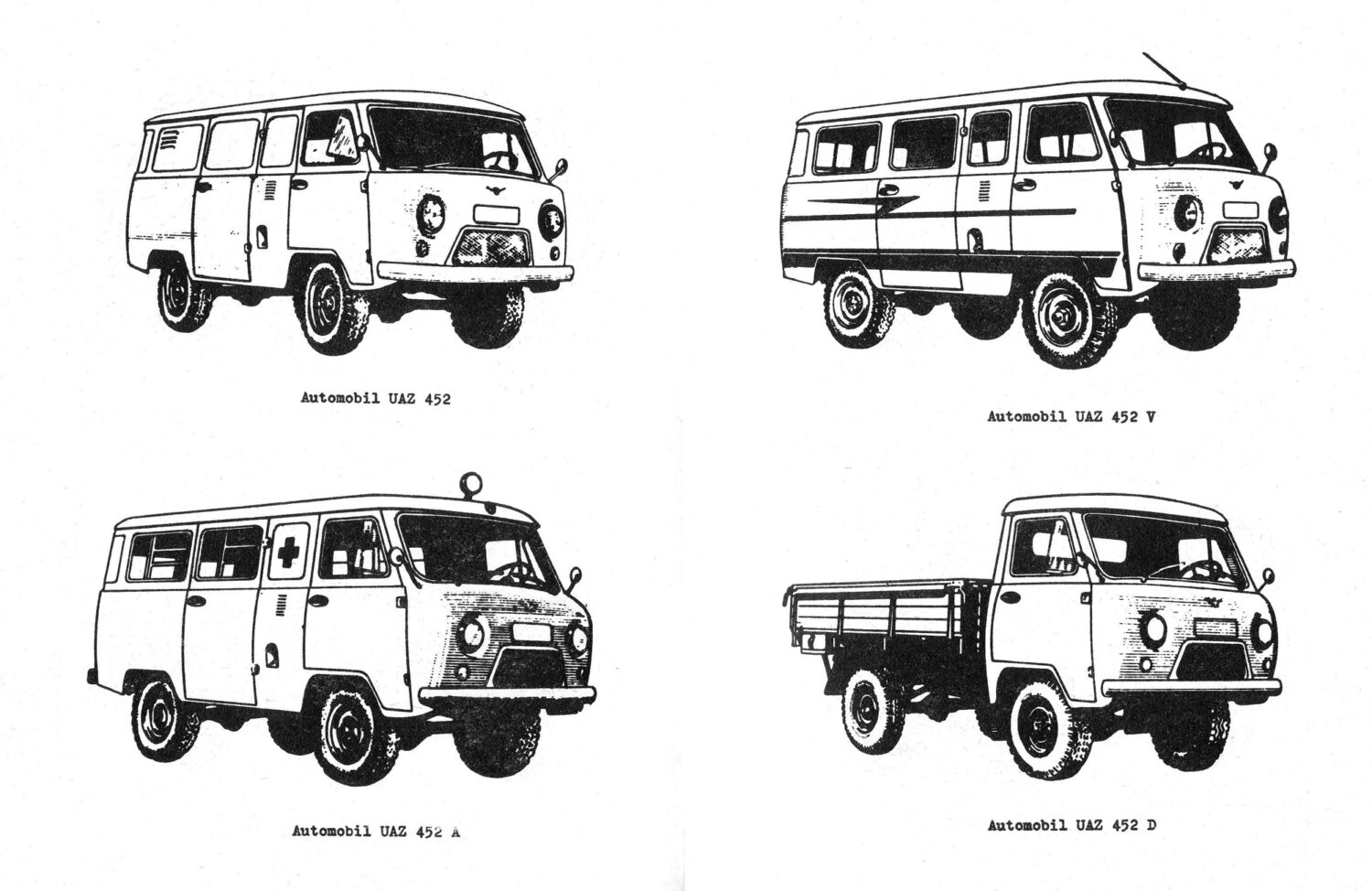 A series of early design variants for the UAZ-452. Included (clockwise from top left) are the stan- dard van, microbus, ubiquitous farmers truck, and legendary ambulance.

In the years following the Second World War, the USSR found itself preparing for another—one that many at the time thought to be a near inevitability, a nuclear war. This leads us to our second problem, the enormousness of the union at its height.

Stretching 6,800 miles (10,900 kilometres) from east to west, the Soviet Union covered nearly half (11) of the world’s 24 time zones. Within its boundaries were the greatest temperature swings found anywhere on Earth. In Siberia resides a mighty taiga; south of that, the Great Steppe. The union covered deserts as dry as they come, unforgiving marshlands, and many of the world’s most treacherous mountain passes. In short, one could throw a near endless list of superlatives onto a page and still likely fall short of describing the extent of what resided between the borders of the USSR. Above: Built in the 1950s, the GAZ-69 would become the foundation upon which the Bukhanka was born.

Below: Setting up camp for the night in our converted Bukhanka in the Georgian countryside. After WWII had largely depleted the resource stocks in the heavily populated European areas, finding a way to tap into the less accessible natural resources found east of the Ural Mountains became vital. Once largely ignored, conquering the inhospitable terrain of Siberia quickly became a state priority.

Effective on the Eastern Front, the GAZ-69 was built in response to a war fought across a relatively small landscape, one that paled in comparative variability to the totality of the Soviet Union. To gain access to what lay beyond the frozen waste, the USSR was in desperate need of a groundbreaking invention. A vehicle that could transport necessary supplies and resources, of war or otherwise, whilst also keeping men and women safe and warm. But, unlike any previous car built in the USSR, this new vehicle also needed to traverse tundra and conquer mountains effectively. It had to breeze past river crossings and skate on ice. What the Soviets needed was a miracle, the greatest thing since sliced bread. What they got was a bread loaf, the next best thing.

Having recently acquired full design and manufacturing capabilities, UAZ was assigned this new task, directly requested from the Red Army. Rather than wasting time developing a new engine in an hour of immediate need, in 1958, UAZ took the engine and four-wheel-drive system of the GAZ 69 and threw a rather large metal box over it, calling it the UAZ-450. It was a stunningly basic move that created the first cab-over vehicle of the Soviet Union. 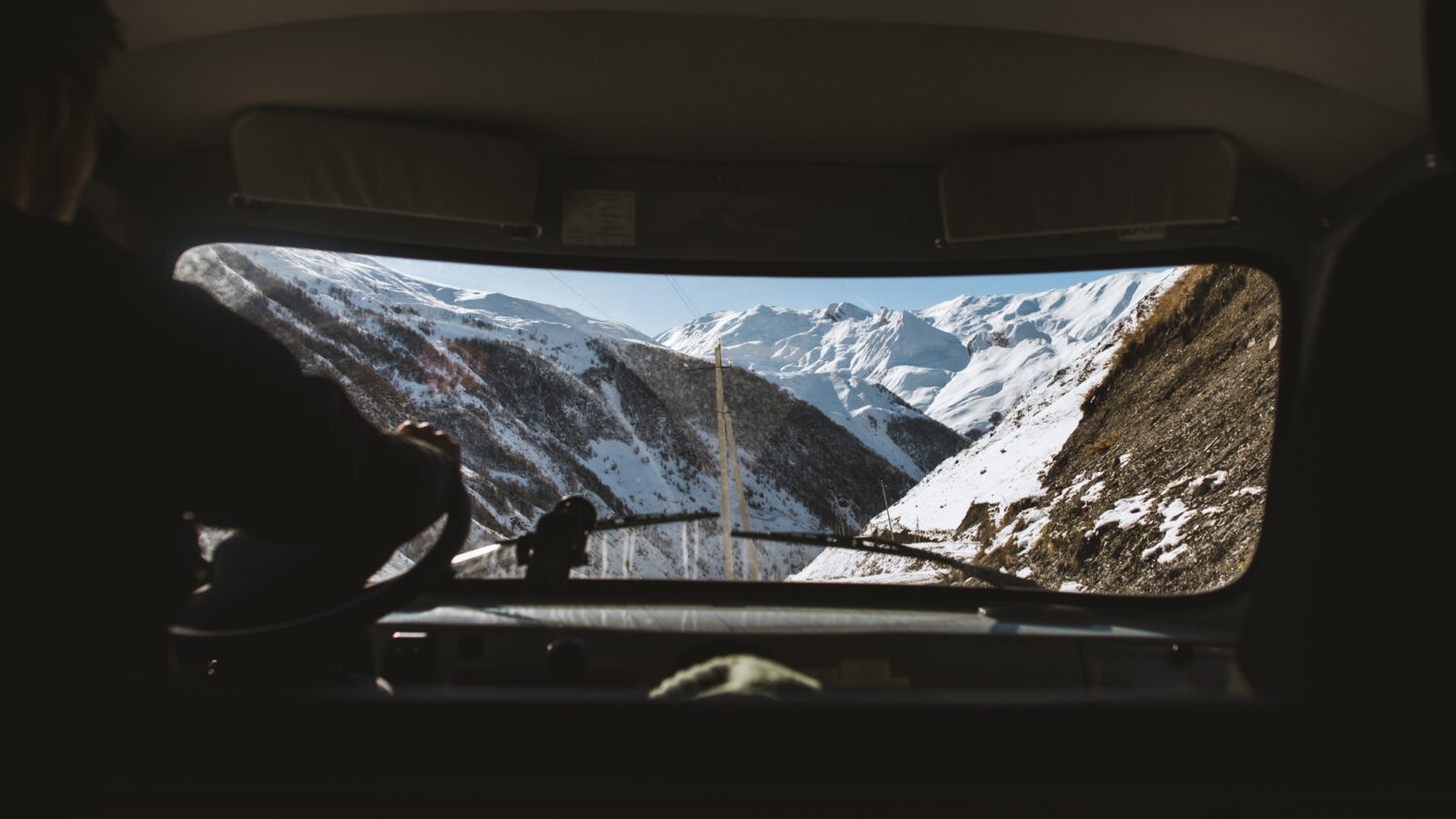 The first model, the 450A, was a four-wheel-drive ambulance with room for two stretchers. At the time, it was believed to be the best car in the world for remote use. In 1959, that belief was put to the test as 35 of them were dispatched to some of the most demanding regions of the Soviet Union, including Oymyakon in Yakutia, the coldest inhabited place on Earth.

Delivering as promised, the bukhanka proved to be essentially indestructible. With such a simple design, any driver who fancied themself a mechanic (and they all did) could fix almost any problem on the go. It was fast to make, cheap to produce, and ran on just about any grade fuel imaginable. With the grace and finesse of a drunken sailor, the vehicle conquered any and every terrain thrown at it—all the while carrying payloads of up to 1,750 pounds (800 kilograms).

After the massive success of the 450A, three more models were brought into production: the 450D, a drop-side pickup; the standard 450 model; and the 450V, an 11-seater microbus.

The bukhanka quickly won over the people’s hearts as it turned into a civilian favourite almost overnight, becoming the darling of the Soviet automobile industry. In 1966, each model was renumbered to 452, with slight improvements made to the payload, horsepower, and the ability to drive through 50 centimeters of snow. That same year, a special 452S model was designed specifically for arctic conditions. With far greater insulation, it was tested to keep the car’s interior at 30°C, even with an outside temperature of -60°C. By the end of 1966, UAZ considered the design to be perfected, and the bukhanka could be found covering all corners of the USSR. Its appearance, both inside and out, has not changed since.

Fast-forward a little over 50 years, and the bukhanka has sustained dozens of uses: ambulances, fire trucks, police vans, public busses, mountain taxis, and rescue missions, to name a few. And let’s not forget its ubiquitous use in Soviet and post-Soviet agriculture. This bread loaf is as versatile as they come.

IT WAS FAST TO MAKE, CHEAP TO PRODUCE, AND RAN ON JUST ABOUT ANY GRADE FUEL IMAGINABLE. WITH THE GRACE AND FINESSE OF A DRUNKEN SAILOR, THE VEHICLE CONQUERED ANY AND EVERY TERRAIN THROWN AT IT. 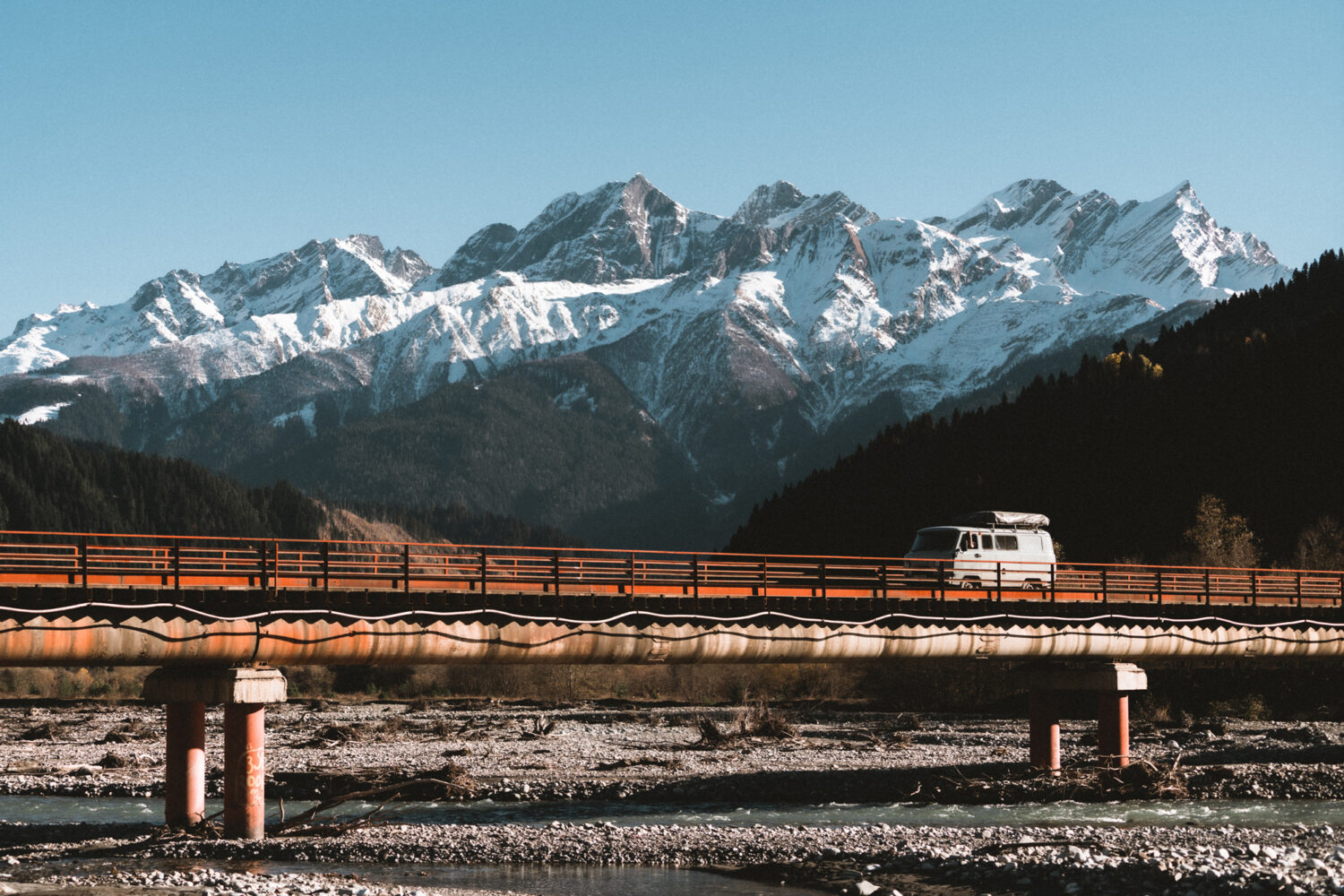 Beyond the Eastern Bloc, the bukhanka continues to carry tourists up the volcanoes of Vesuvius and Etna in Italy. Regarded as an icon of style across Japan, Honda borrowed UAZ’s design for the briefly conceptualized T880. Now, as the post-Soviet states have opened themselves up to the world, the bukhanka has emerged as a fascinating option for overlanders across the globe. At a price tag slightly over $10,000 straight out of the factory, it’s easy to see why.

Equal parts fascinating and frightening, the bukhanka has forged an indelible role 131 in our global pursuit of venturing beyond beaten paths. It’s an unapologetic piece of Soviet history, best paired with fearlessness and a sledgehammer.

Born in Hong Kong only to move to New Zealand a few short weeks later, Alex Pflaum grew up on the move then never stopped. Now a professional photographer, writer, and outdoor enthusiast, Alex Pflaum set his sights on Central Asia two years ago with absolutely no plans on turning back. Recently publishing a large format photography book about the region and the historic Silk Road, his next move is to move into the region full time in order to uncover much of the unknown that still surrounds this land that was once at the very center of the world. Much of his work can be found on his website, or Instagram.

What Camera Do I Need? 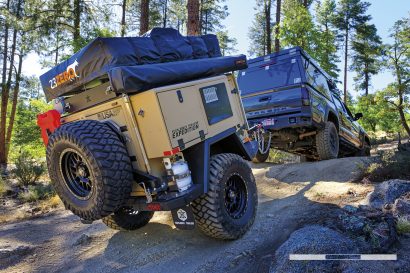 Home on the Range – The Overland Journal Trailer Test 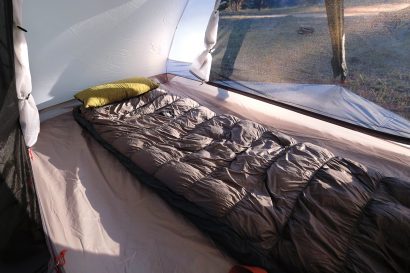 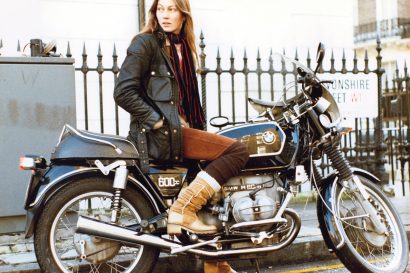