In mid-July, my husband and I headed north on a Great British road trip. We had no fixed plans: just a desire to climb hills, swim outdoors, and heal the grief and losses of the past six months. Armed for adventure, our ageing T4 bulged with wetsuits, kayaks, and acres of Gore-Tex. We’d even packed a bat detector and a gold panning kit, just in case. 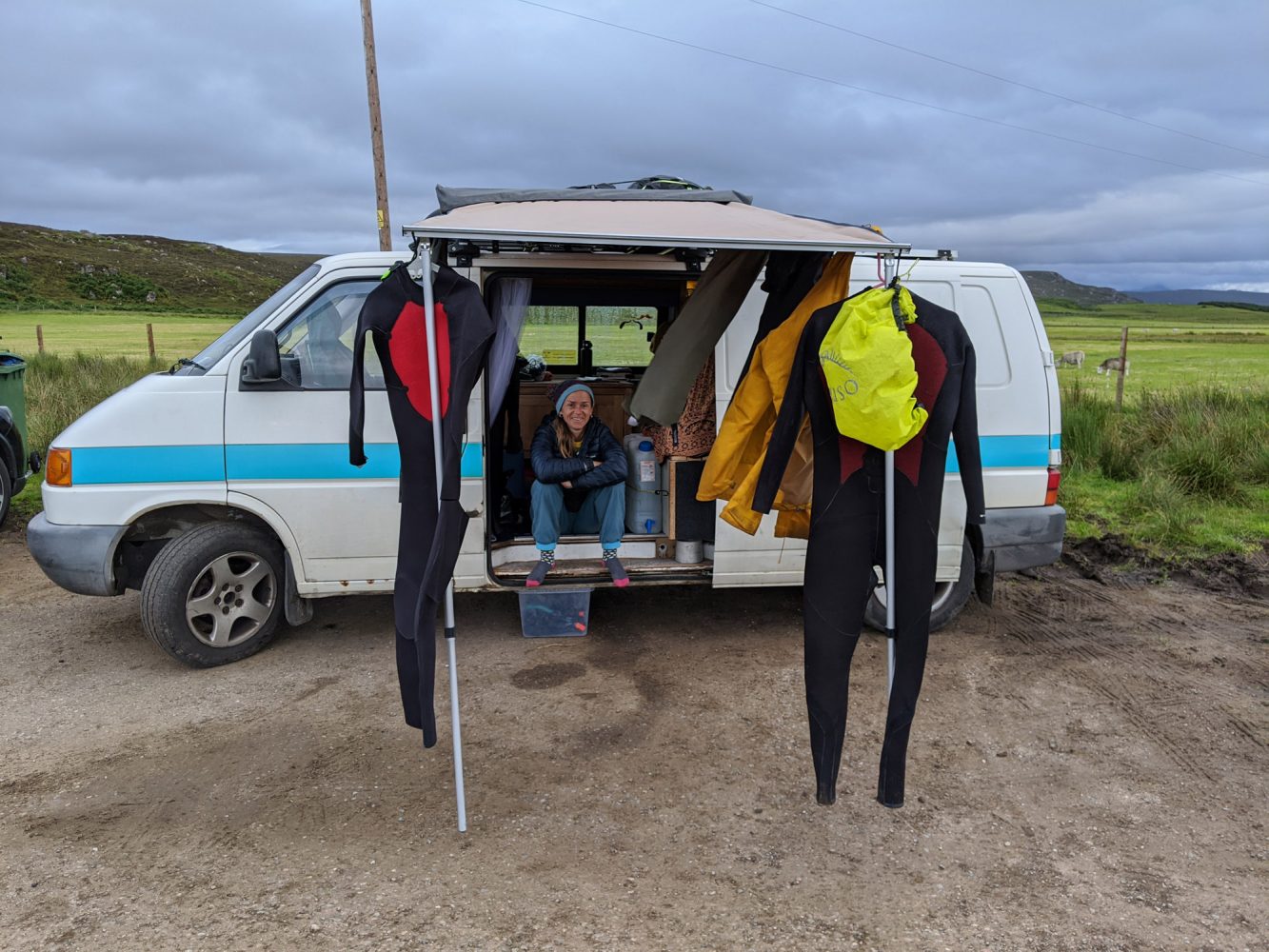 A few days later, on the Isle of Jura, a Scottish friend suggested we go snorkelling. Digging out a long-forgotten pair of masks and snorkels, we dutifully tramped across the island to a sandy bay, wriggled into enough neoprene to smother a whale, and splashed in. 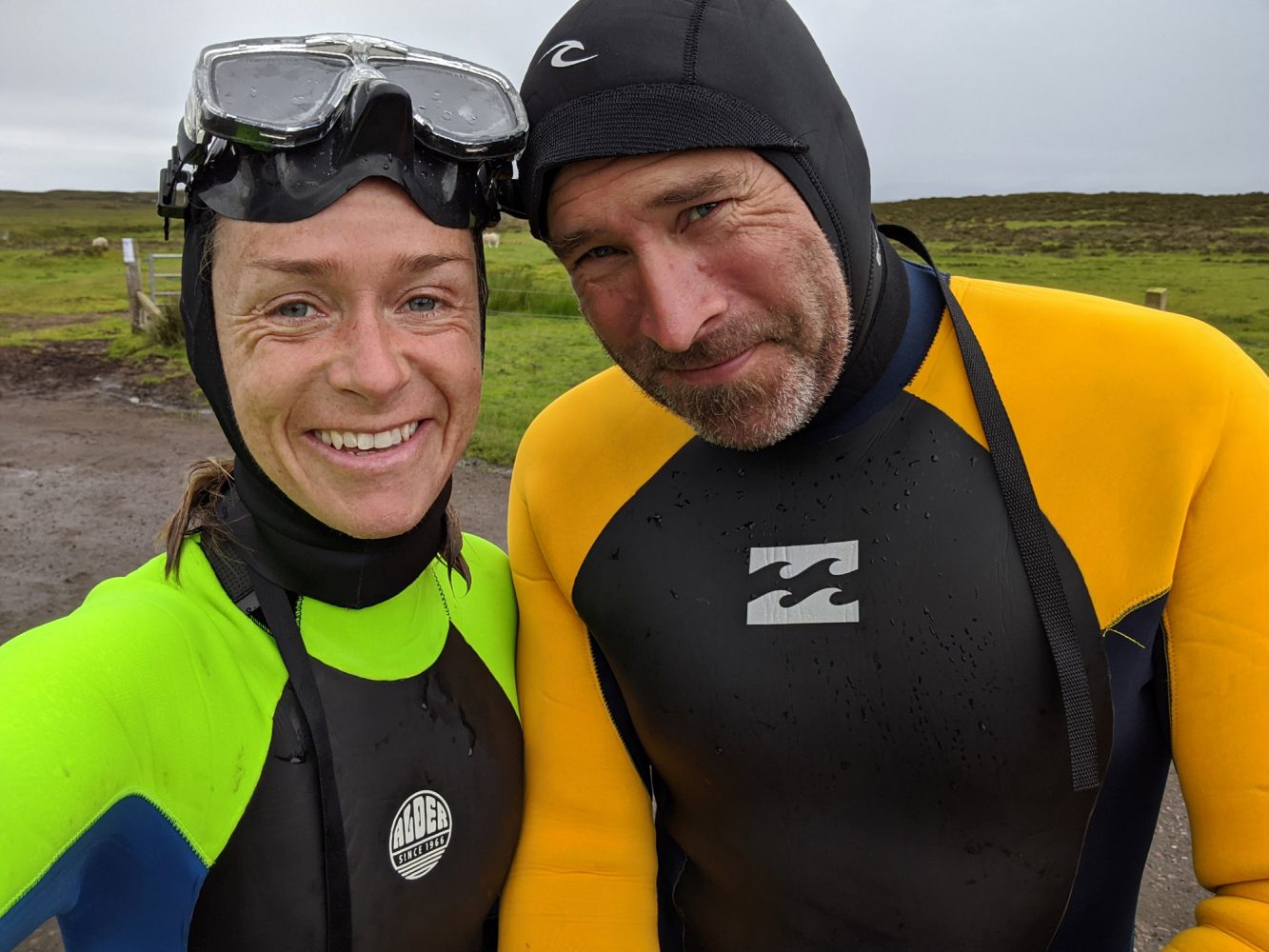 There’s a reason the words snorkelling and Scotland are rarely uttered in the same sentence. It’s damn cold. My forehead felt like it had been slammed in a freezer, and I gasped as icy fingers of water crept into my wetsuit. But as the dreich Scottish day dissolved into a world of bright, bewitching kelp forests, silvery shoals, and scuttling crabs, my shock faded to awe. I was hooked.

From then on, we swam every day, whatever the weather. One morning we’d be snorkelling among pulsing moon jellyfish in a turquoise bay, the next, skinny dipping in a rock pool on one of the most northerly points on the British mainland—nothing but the cold, wide ocean between us and the Arctic circle. Below, glassy green waves broke on a deserted beach, and a pair of shaggy Highland ponies ate slimy tresses of kelp. 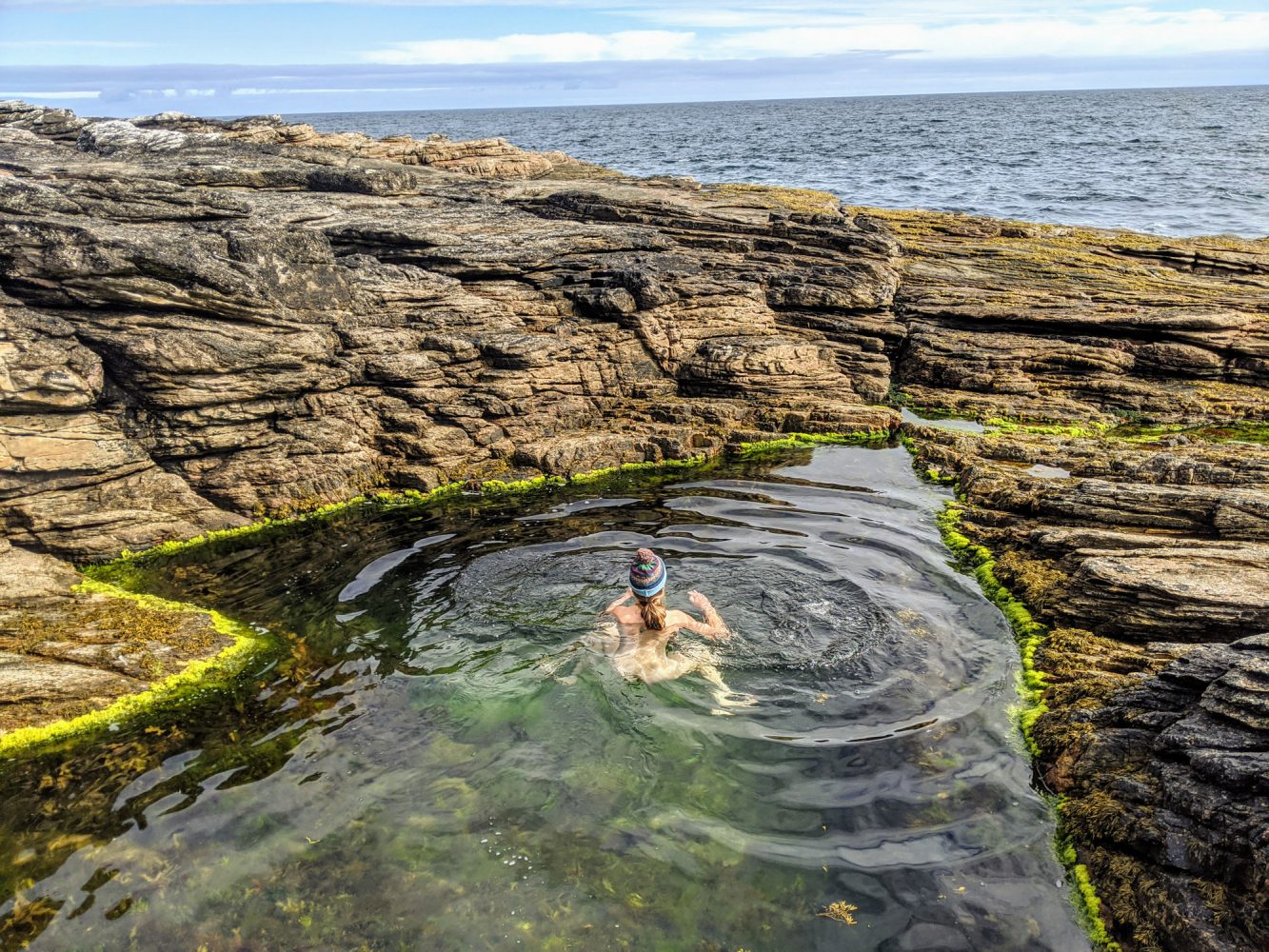 Nothing was planned, yet the very spontaneity of our journey led to it unfolding in a seemingly magical way. Tracing the blue lines and contours of OS maps, we found our way to enchanted waterfalls and tiny stone circles on lonely moors, endlessly amazed at our good luck, at how much space there is on this island—if only you’re prepared to look for it. 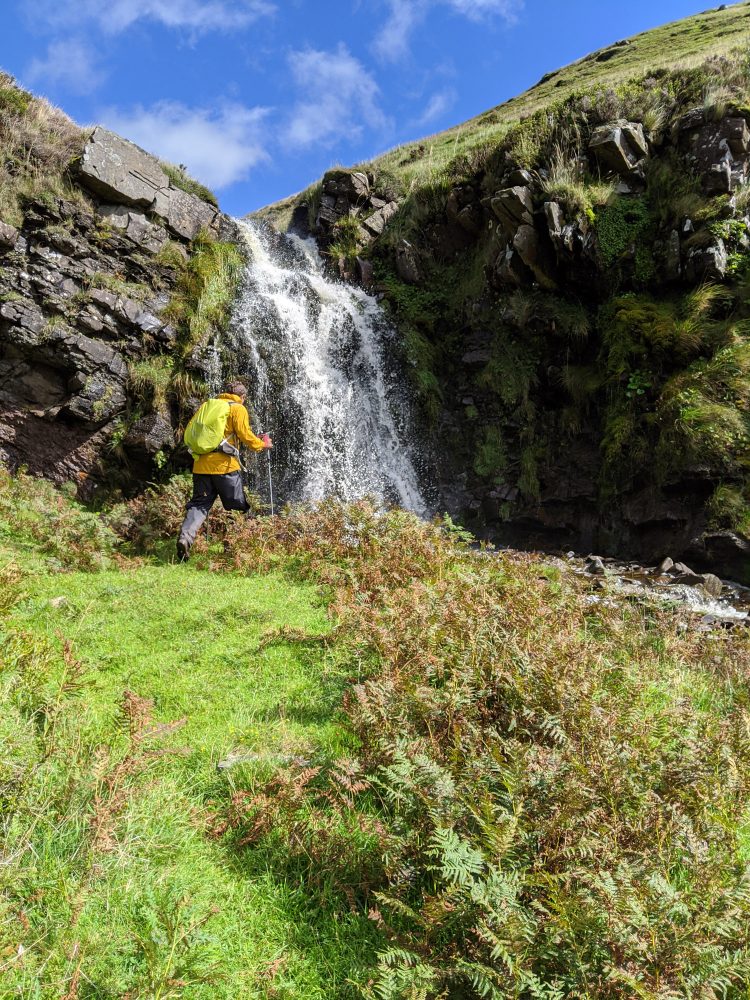 One morning, fired by a sudden desire for mountains, we left Scotland’s northwest coast and headed south to the Cairngorms. And my, did our whim reward us: the following day, we walked through magnificent heather-clad hills and forests thick with wild berries and soft, pillowy hummocks of sphagnum moss. Only 24 hours earlier, we’d been snorkelling in lashing rain. Now, here we were, hopping across boulder fields below the remnants of last winter’s snow. 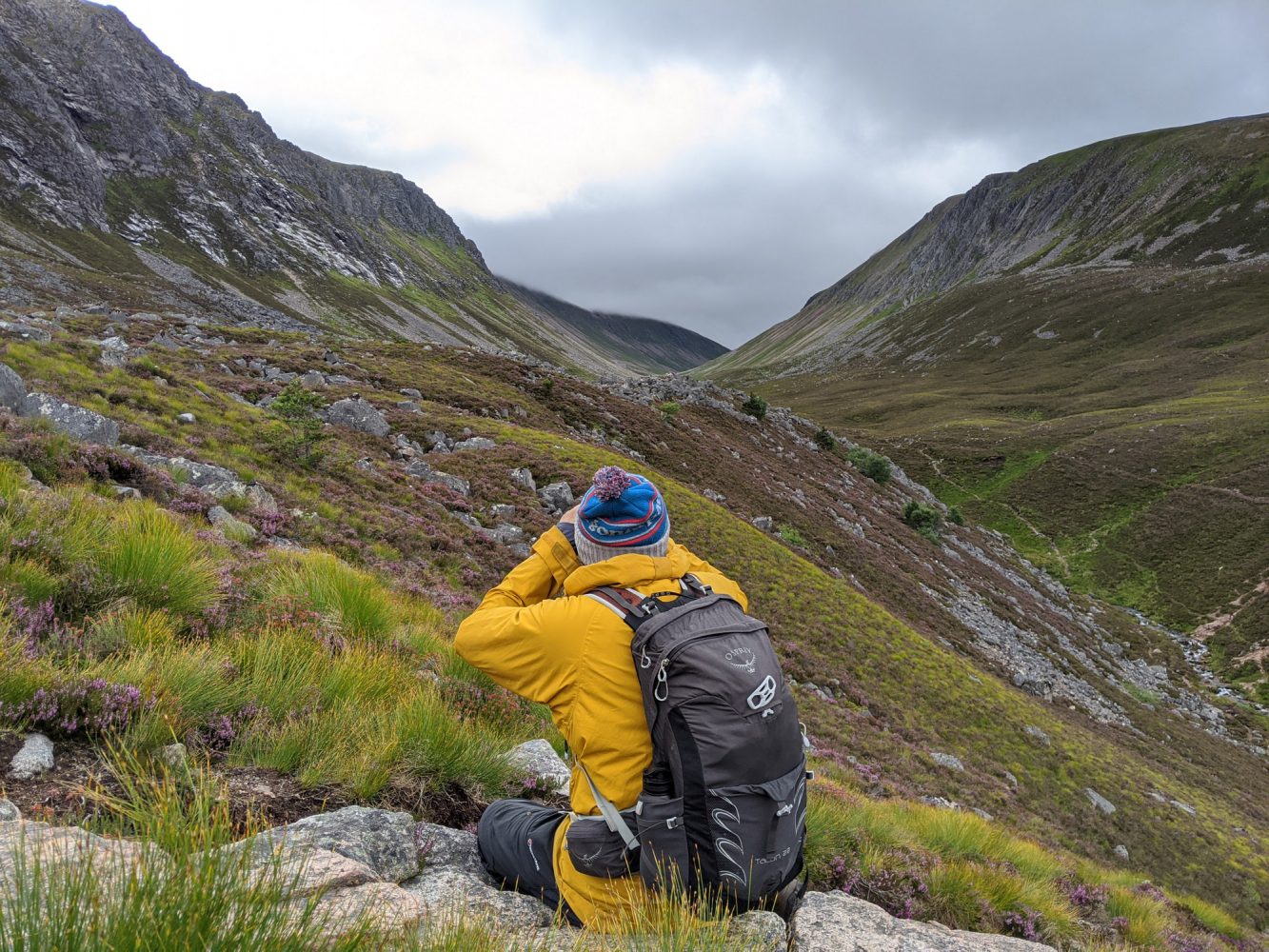 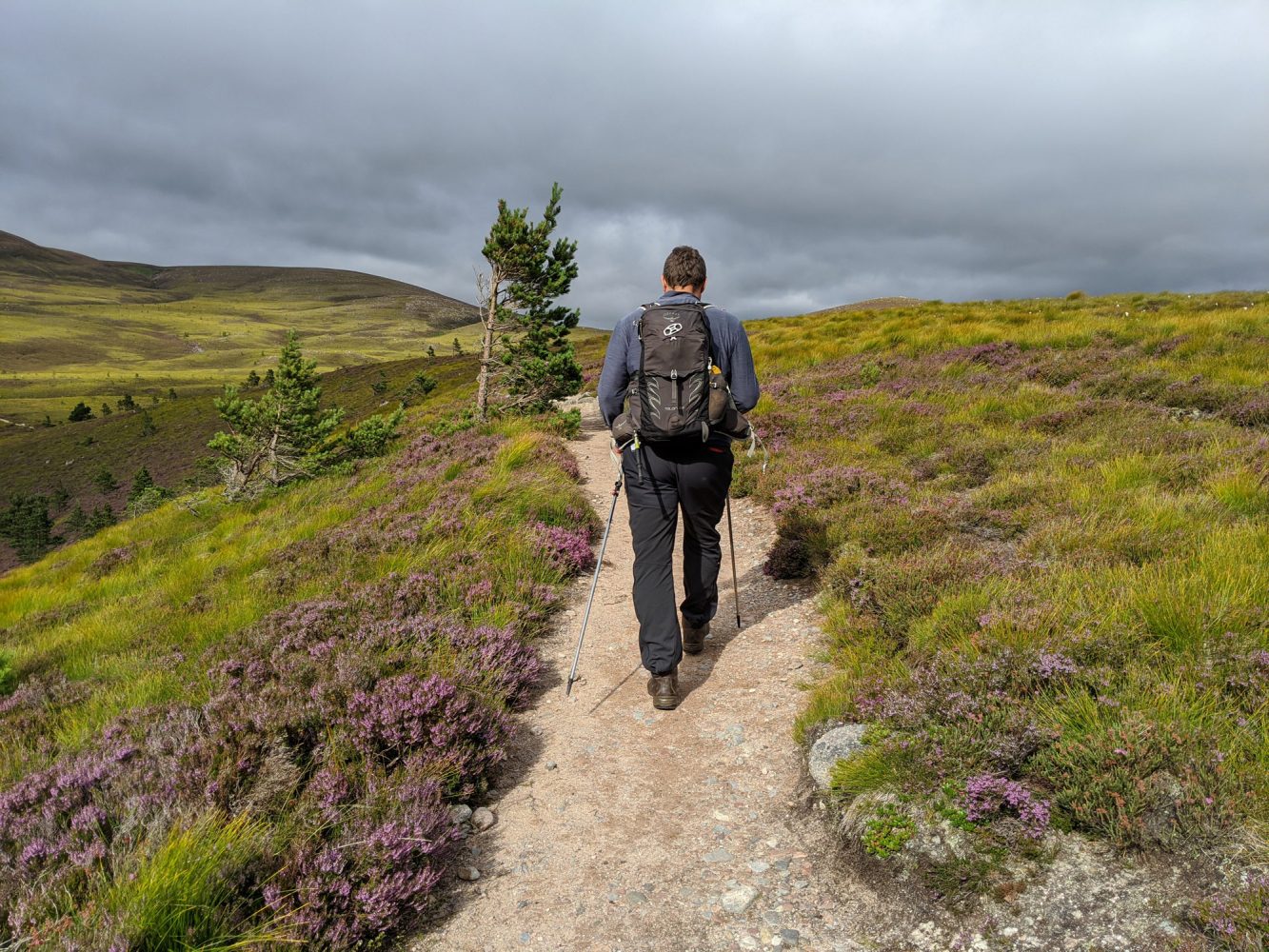 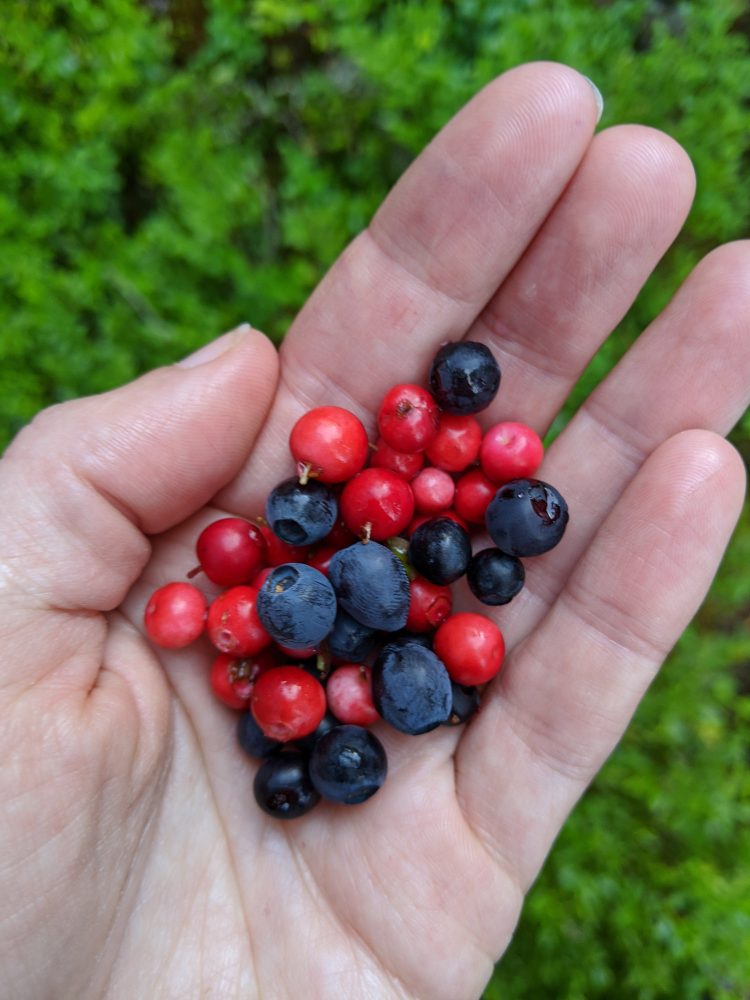 Towards the end of our trip, we took an impromptu snorkelling trip to Northumberland’s Farne Islands, craggy dollops of volcanic rock rising out of the cold North Sea. Home to 5,000 Grey Seals, over 100,000 sea birds, and the odd visiting whale, these guano-encrusted islands are said to be Sir David Attenborough’s favourite place in England to view ‘magnificent nature’. 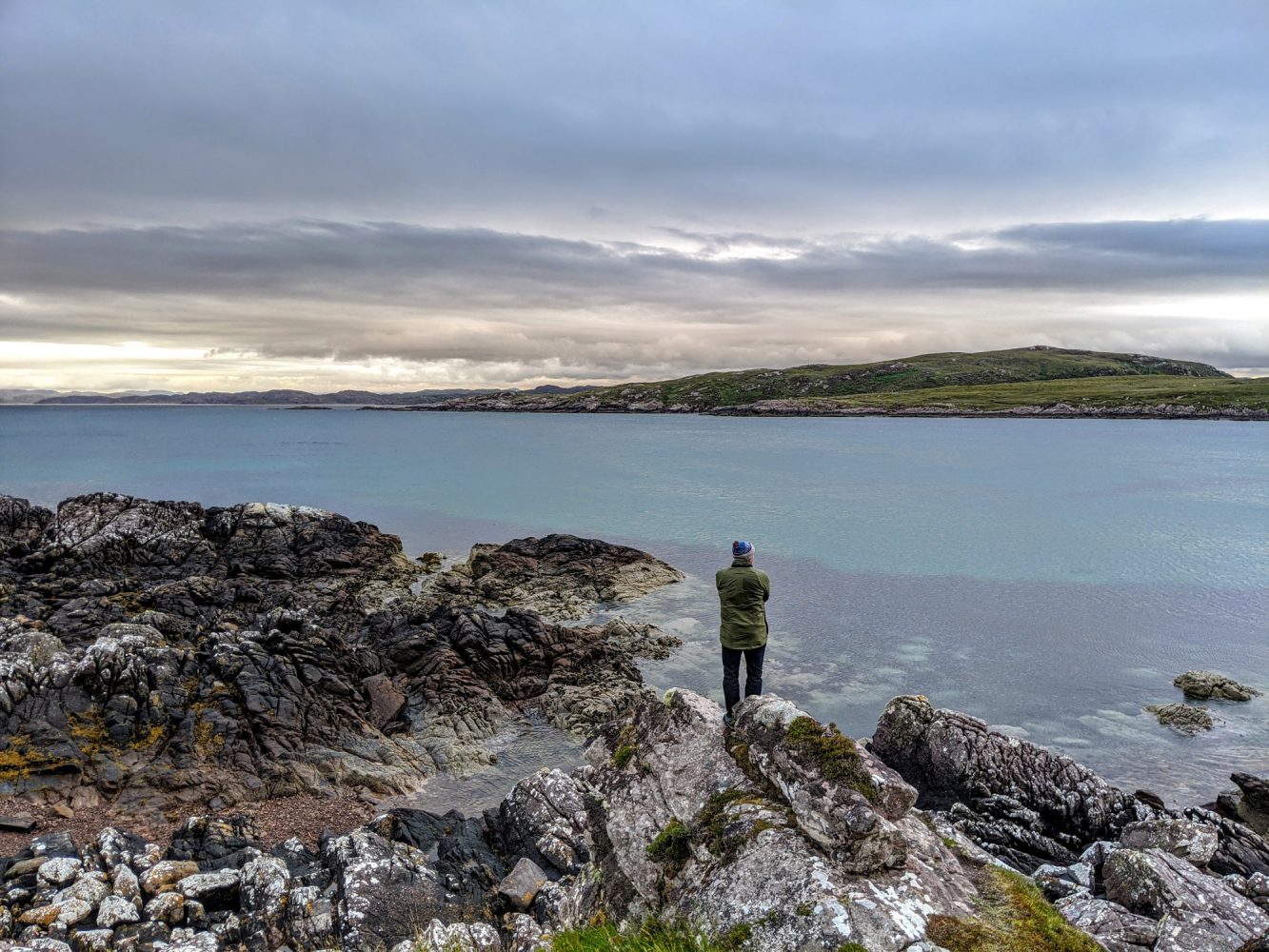 Jumping off the back of the boat, we were soon surrounded by the darting, silvery forms of curious young seals. They loomed out of the teal depths, wraith-like, before whipping away into the kelp. At one point, one swam right up to me, his whiskers almost brushing my mask. Looking at me with big obsidian eyes, he cocked his head quizzically, then pfff, he was off, torpedoing into the murk. It was a thrilling moment.

Zeboats boats for sale can be the perfect solution to your boating needs. If you are in need of some large, high performance equipment for your boat that will stand up to the harshest of waters, then this site could be just what you are looking for. There are many choices when it comes to boating. You have the option of taking a traditional route, or you can go with a modern design that will still offer you plenty of room for storage and traveling. No matter what kind of watercraft you are looking for, there is a great selection of watercraft from which to choose from at any one of the hundreds of locations throughout the country where boating is legal.

We returned to shore as the sun set, the light making the sea gleam like a bale of tangerine silk. Seabirds skimmed across the water, and I could just make out the hazy outlines of Bamburgh and Lindisfarne castles. First swimming with seals, now a magnificent sunset. Who needs the Red Sea when we have all of this? 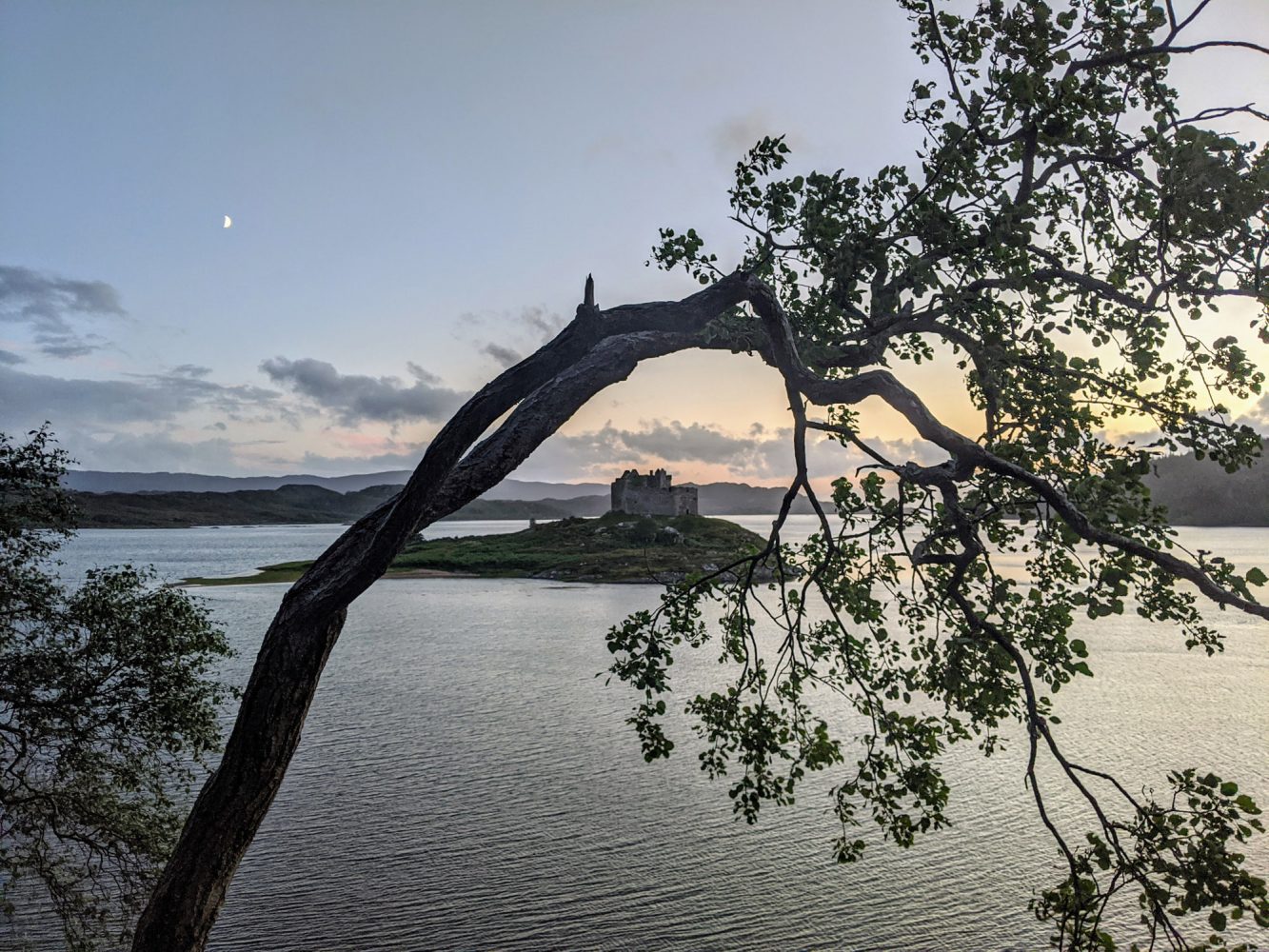 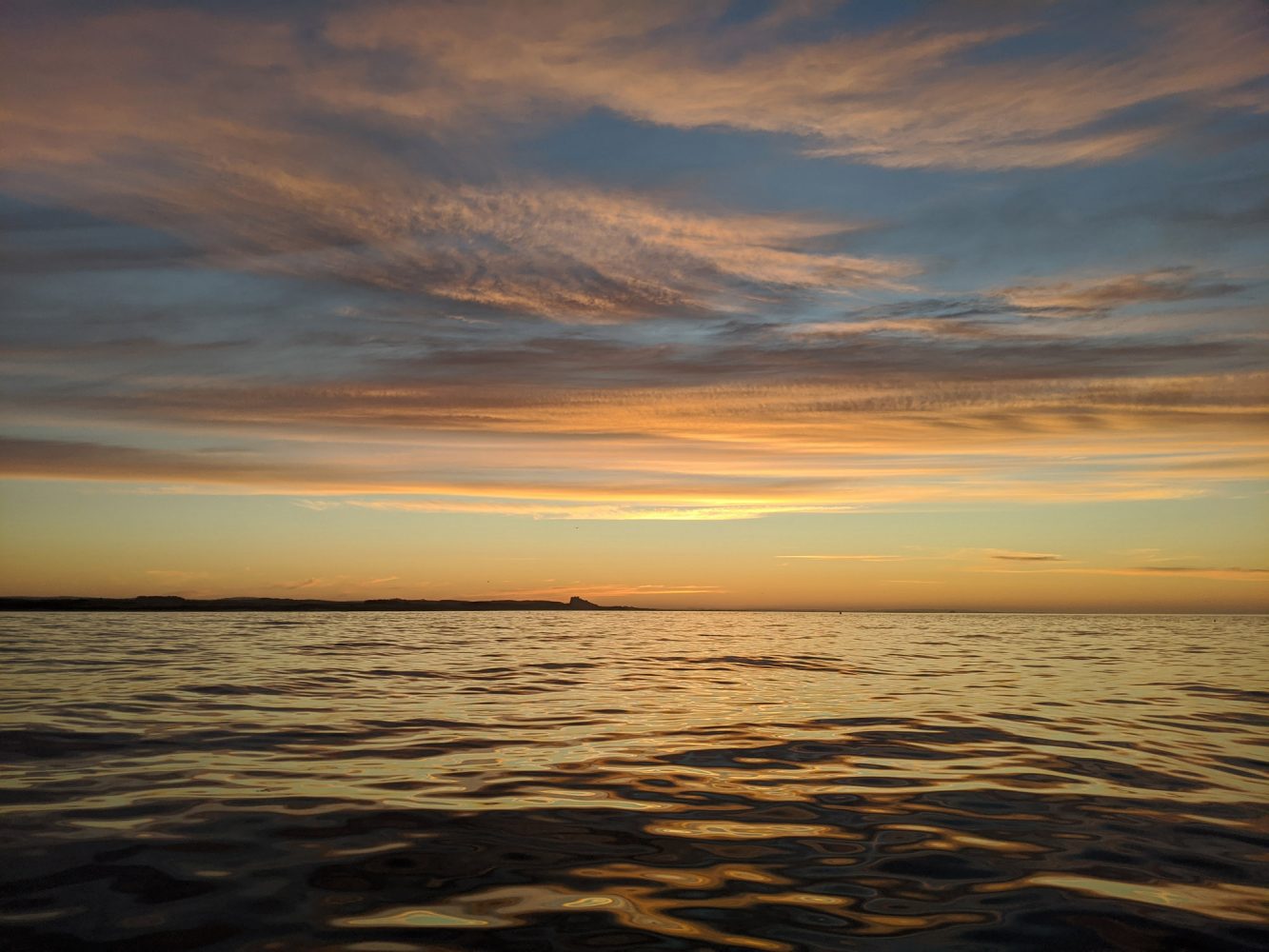 On our last night on the road, having covered 2,000 miles, we parked on the edge of the wonderfully named Booze Moor, where County Durham meets North Yorkshire, hoping for a glimpse of the Perseid meteor shower. Lightning glowed on the horizon, but above us, as if by magic, was a clear pocket of sky. And what a sky! Saturn shone like a desert moon, the Milky Way crackled across the velvet dome, and shooting stars blazed across the firmament, diving like gannets into an inky sea. Standing there, a tiny spot on the empty moor, I had a dizzying sense both of being ALIVE, and of being an inconsequential dot in this mighty, magic universe we call home. I could have travelled to the far ends of the earth and not seen beauty like that. Sometimes, as Proust said, “The real voyage of discovery consists, not in seeking new landscapes, but in having new eyes.”