This 420-square-foot cabin was lovingly named the Far Cabin by its designers, Winkelman Architects. It is perched on a rocky ledge along Maine’s central coast where the owners, and occasionally their family, can escape the day-to-day routine and take in the calm of the surrounding forest and rocky Atlantic ocean coastline. 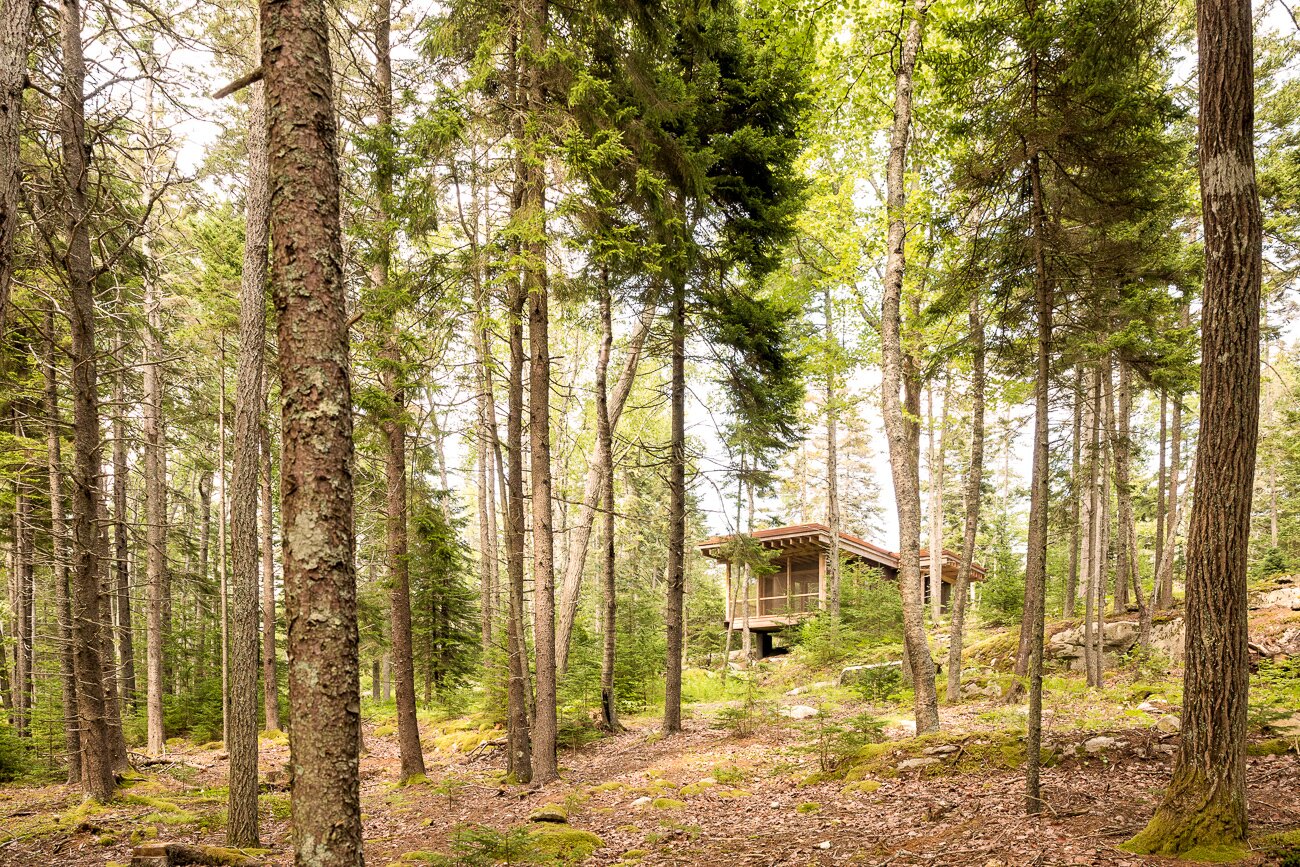 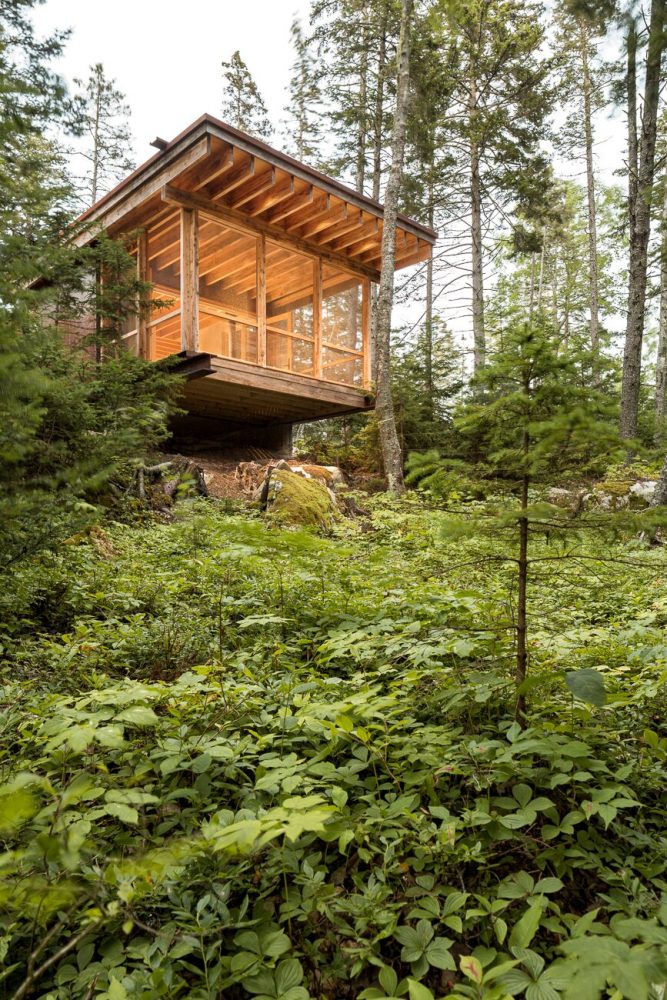 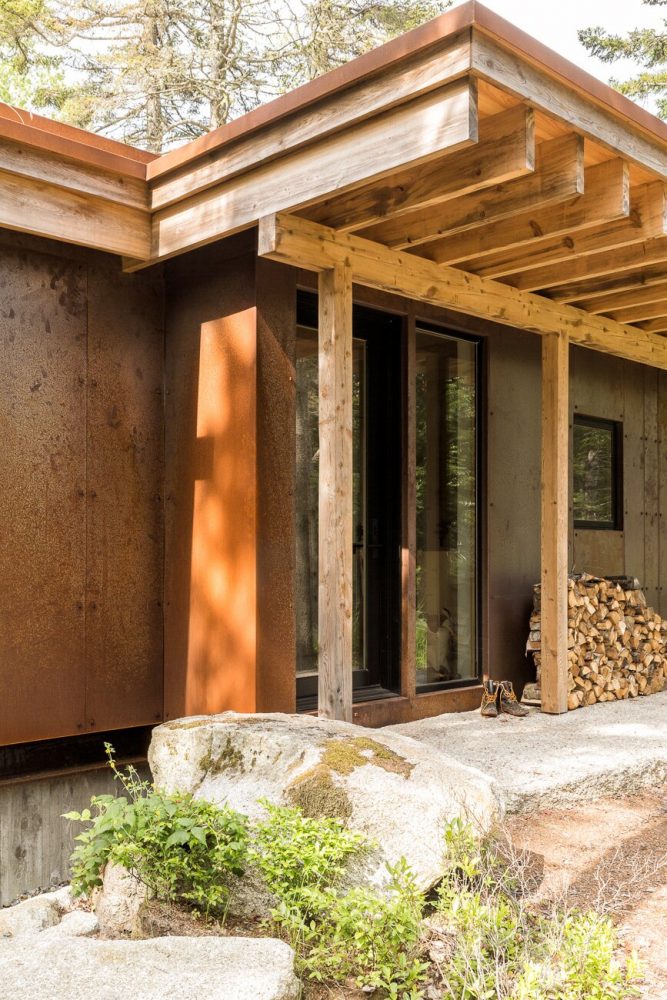 The Far Cabin is a modest retreat, consisting of a kitchen, bedroom, and screened-in porch, framed and finished with natural wood timbers and wrapped in corten steel. The idea behind these construction methods was to utilize items that would weather gracefully and gradually, helping the home blend into the natural landscape over the years. The building site for this home was also carefully considered, such that the construction of the home wouldn’t destroy or detract from the natural features of its environment. 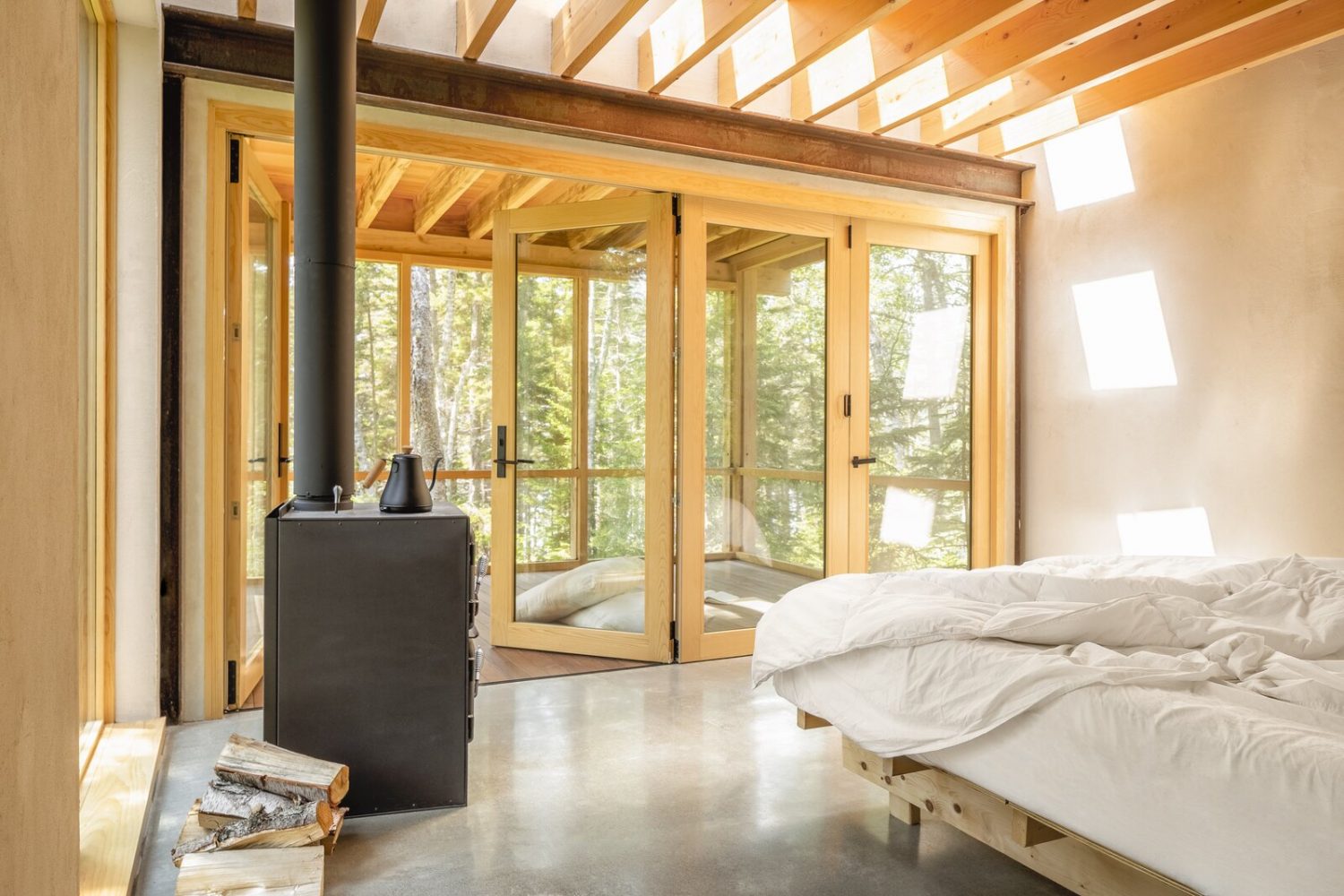 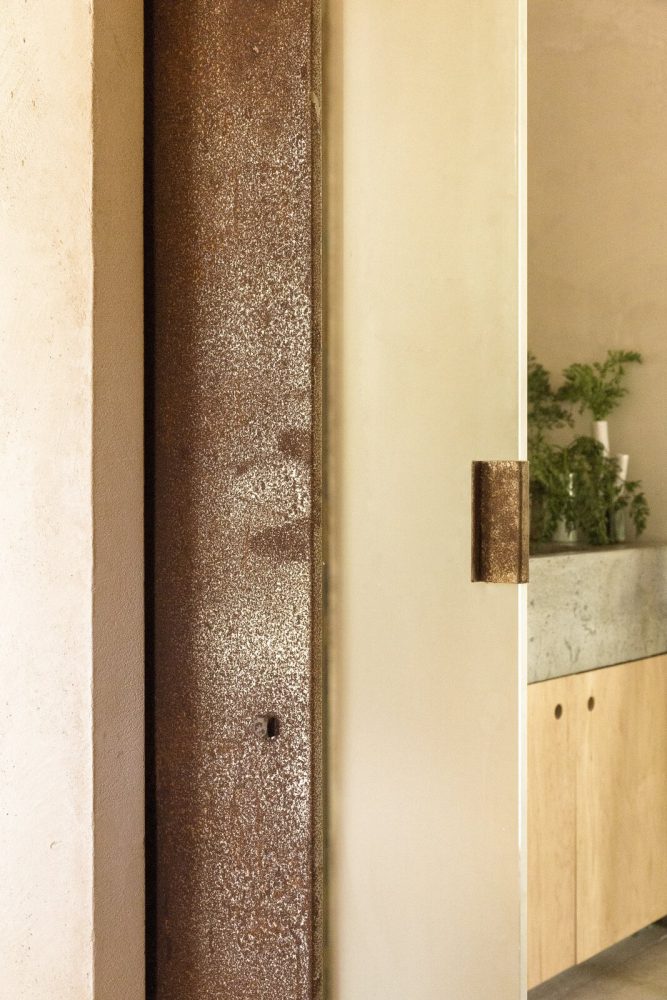 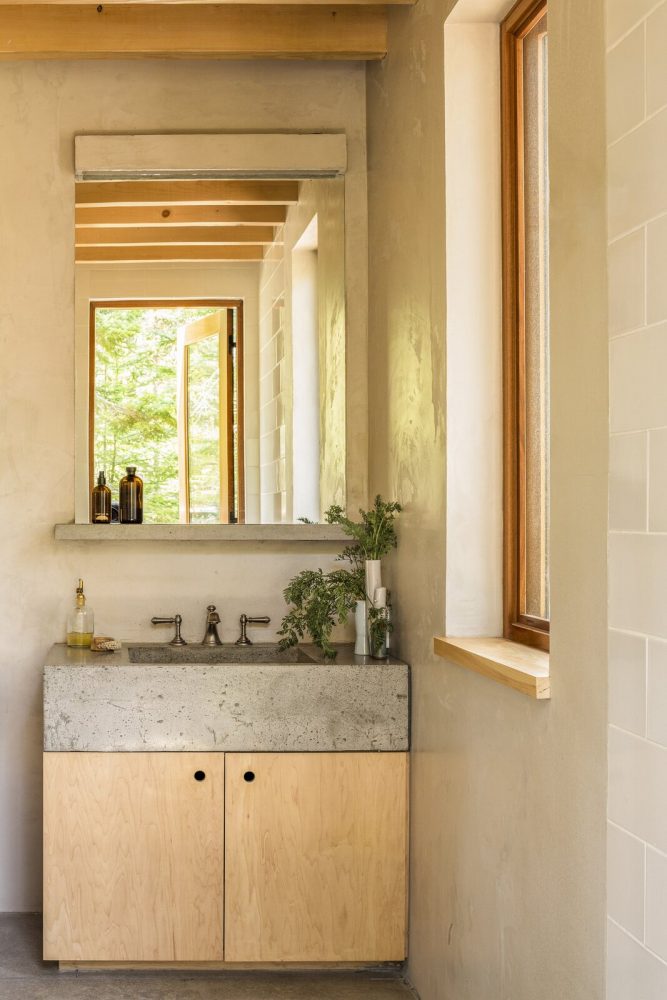 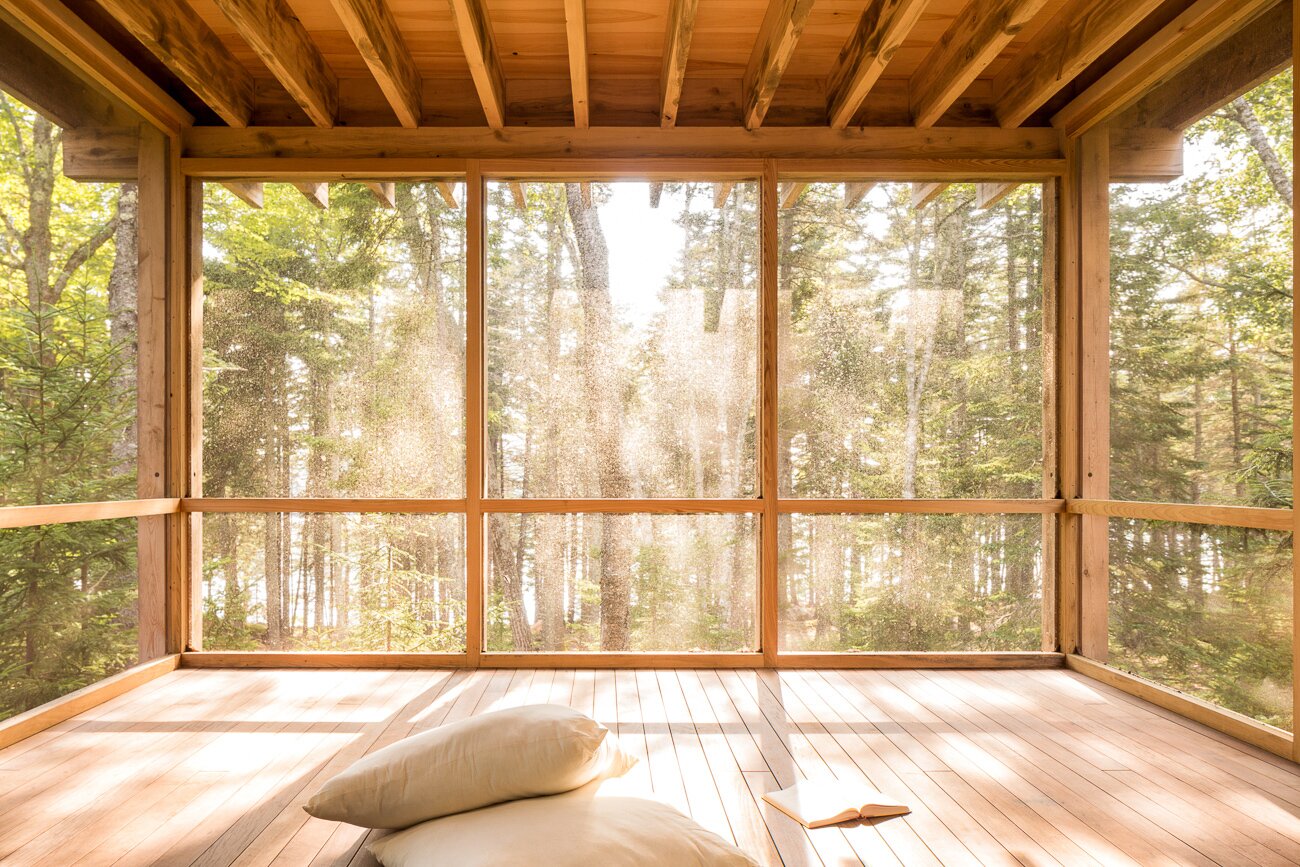 Corten steel, which features prominently in the design of the Far Cabin, is the same material that is used to construct shipping containers. While it does rust, it is highly corrosion-resistant, a quality that will be realized in this building on Maine’s Atlantic coast. Once its brown and red patina is achieved, it will withstand the moisture and salt without any special maintenance. 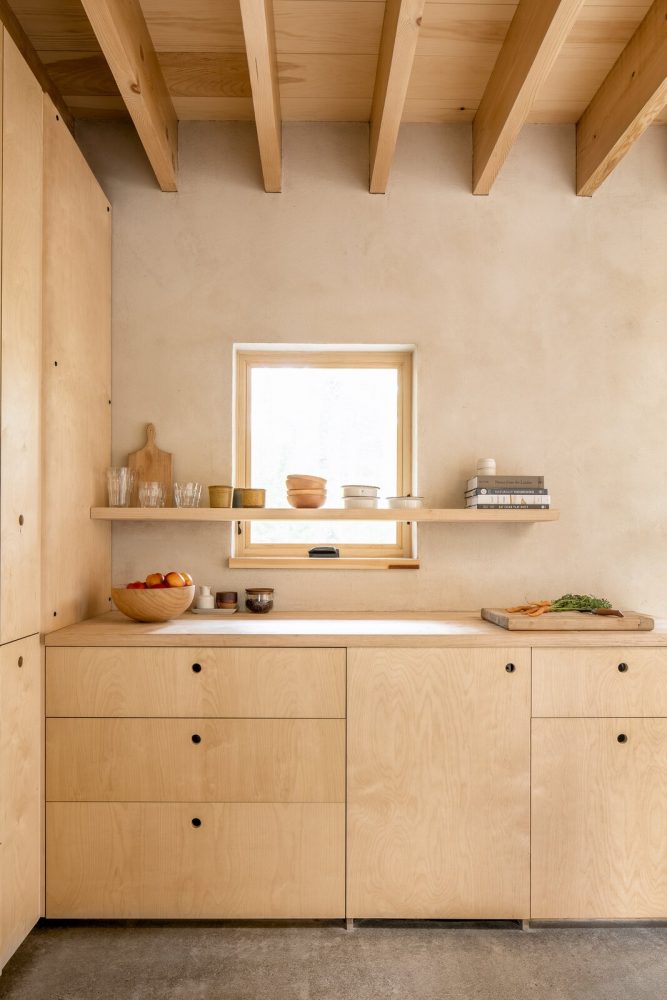 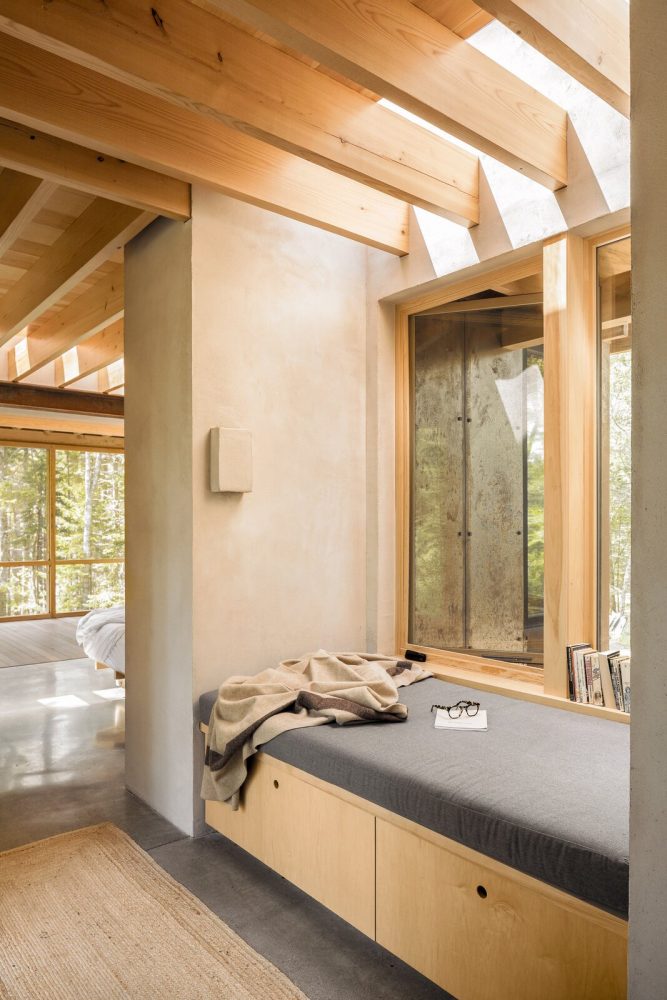 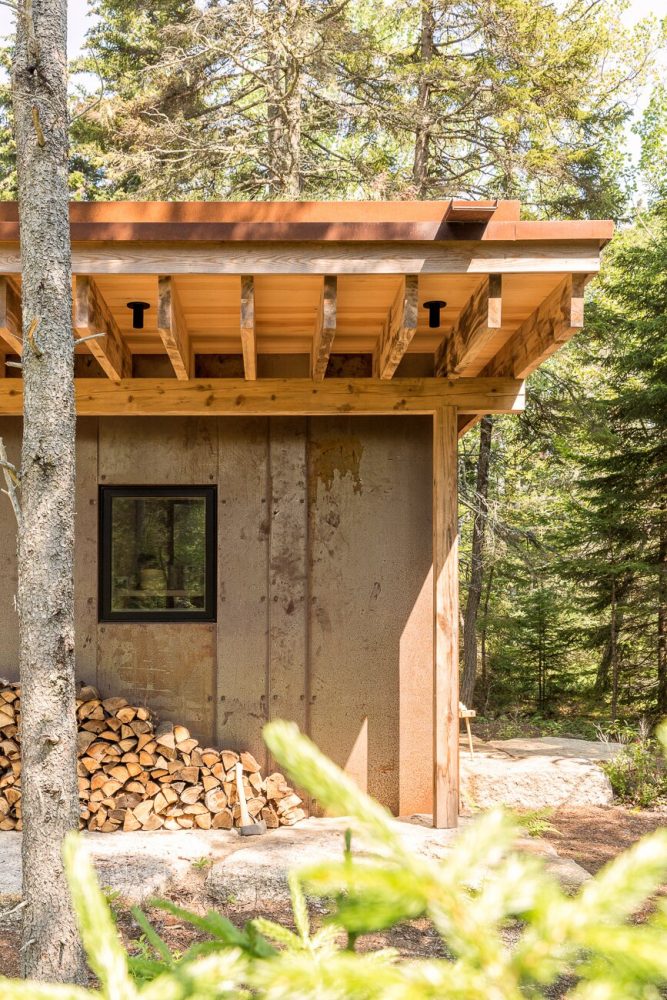 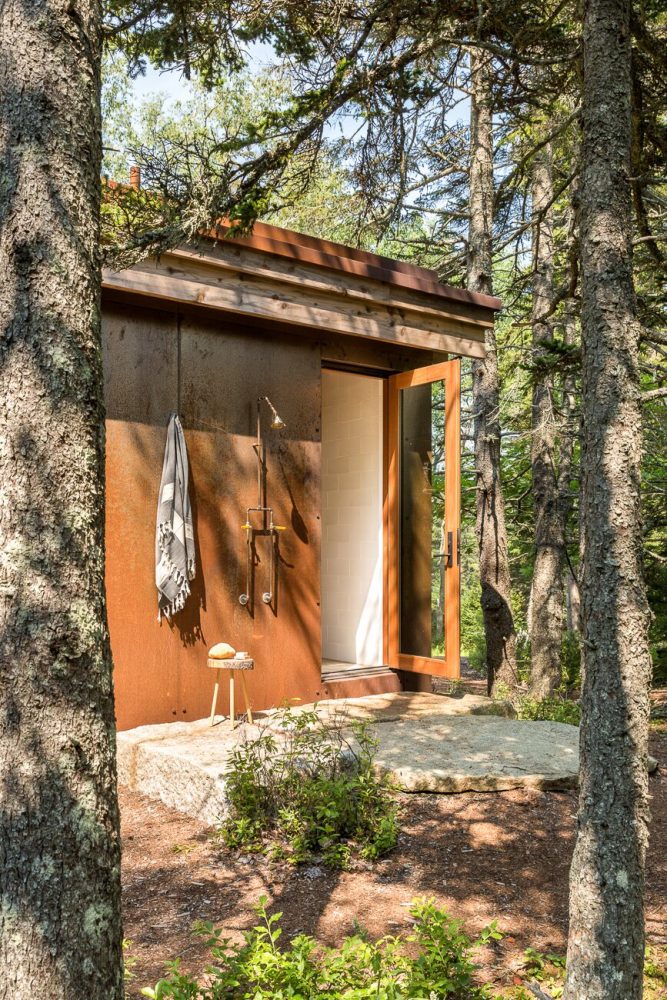 Visit the Winkelman Architects portfolio and explore its beautiful collection of building projects.