In the summer of 1987, I attended a car auction with my dad with a wad of cash and hopes pinned on a mid-’70s muscle car. Born into a family of avid car collectors I knew the drill, and as all the prices for muscle cars climbed out of my financial reach, I began to realize I was likely going home empty-handed. Then an interesting opportunity rolled onto the stage. I sheepishly nudged my dad and he in turn raised his bid number. Before I could ready myself for it, the hammer fell, and I had bought my very own 1940 GMC pickup. I was 15 years old.

Anyone who has owned an old vehicle knows they’re infectious. There’s a smell no contemporary car can replicate, even with the onset of age. Old cars and trucks reek of dust, gas, oil, rotting rubber, decrepit carpets, and decades of spilt coffee. They don’t always start, make mysterious noises, and require constant attention. They devour piles of cash and have roller-coaster resale values. All that aside, once you eventually sell one, it often leaves a hole no other car can fill.

The want to own an old-timer creates a nagging ache, but newcomers should consider a few things before pulling the trigger. 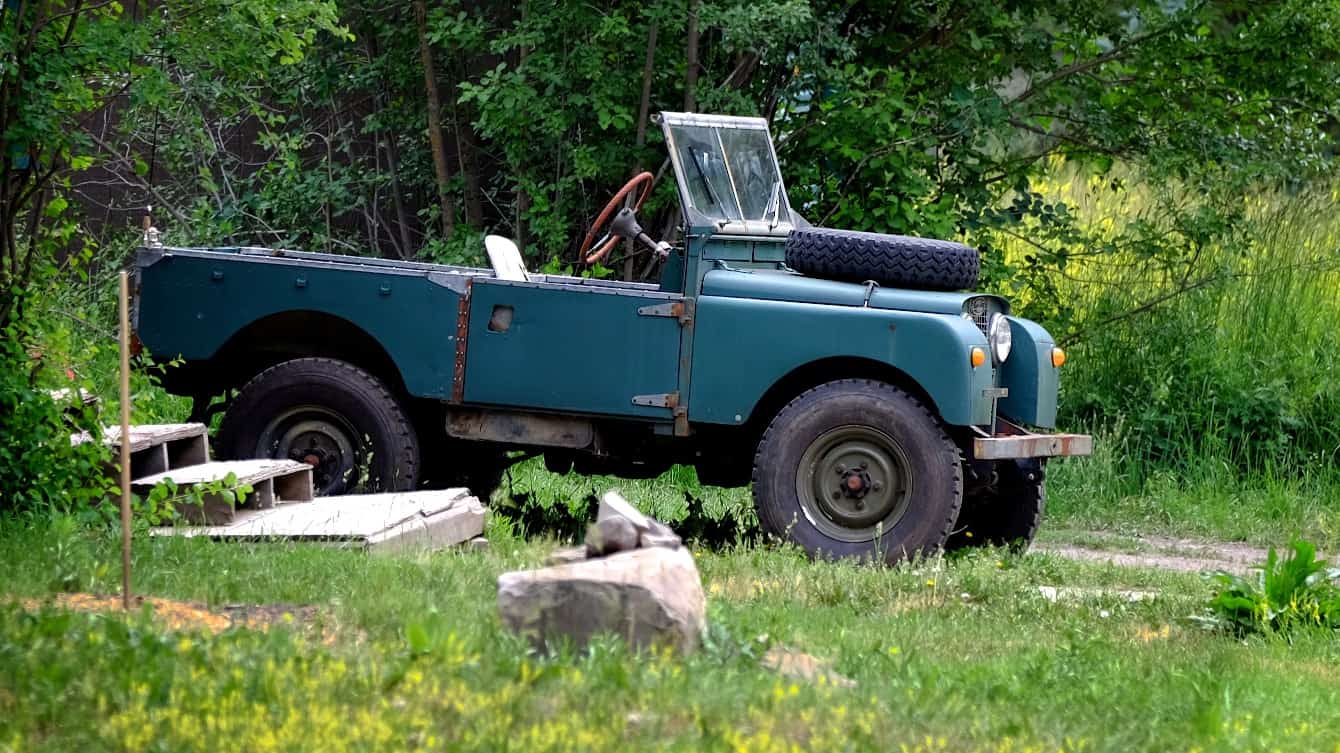 Can you use an old overlander?

I have owned classics which I’ve purchased only to roll into a climate-controlled storage facility like an incubating egg. Those are vehicles purchased to have, not use. I’ll be the first to admit it can be a shallow love affair as it’s not much fun sitting in a stored vehicle making vroom-vroom noises. Plus, just having a vehicle costs money even if the wheels never turn.

Using a vintage automobile comes with challenges, some unforeseen. There’s usually a roster of mysterious previous owners who may or may not have treated the car well. Some have suffered at the hands of shade tree mechanics with more ambition than know-how. Yes, that would be me. You have to also consider the useful life of a given auto. A Toyota 2F engine with 200,000 miles is just getting limbered up. A Series 1 motor with that many miles has one foot in the grave, the other on a banana peel. 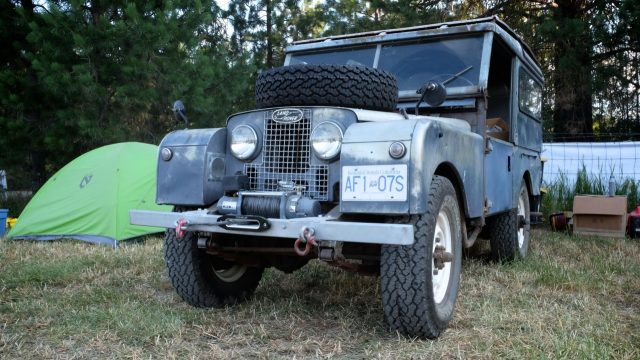 If you plan to use an older rig, you have to resign yourself to the unpredictable nuances and expenses of a machine probably working outside its expected service life. For some people, that’s all part of the fun. You may also decide your classic is just a short-hop driver. Or not, as was the choice made by Ray Hyland who drove his 1950’s Series 1 from London to Singapore with his family of five. I never could pull that off. I had a 1969 Toyota FJ40 I hated to drive to the store—forget leaving my zip code.

As is the case with any vehicle, you’ll want to ensure you have a means of keeping it in good working order. My first vintage 4×4 was a Jeep CJ-7 I purchased because I had a fighting chance of working on the straight six engine without pulling my hair out. By contrast, my mother’s vintage Jaguar never met a mechanic who could get the thing working.

Most of the 4×4 classics our readers seek are relatively easy to work on and parts not too challenging to find, but do inquire about those resources before biting the bullet. 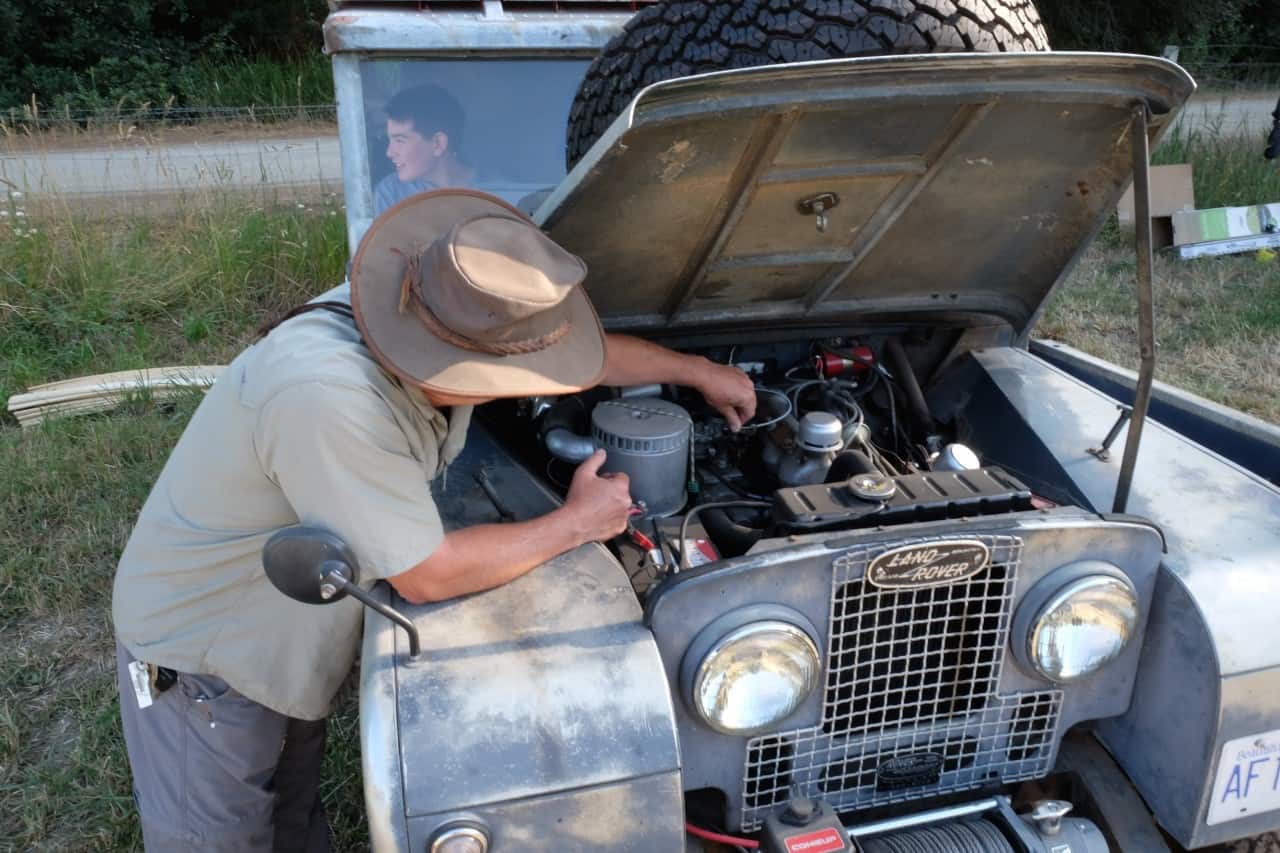 My grandfather always told me, the smartest man knows what he doesn’t know. It took me years to figure it out, which is telling in itself. When I started buying old Jeeps, I found a few guys who knew them inside and out. Just palling around those guys saved me thousands of dollars and hours. It also opened the door to parts swapping, some labor purchased for the price of beer, and honestly, a lot of fun hanging with people of like mind. If you have a desire to own an FJ55, maybe find out if there is a club in your area or at least a group of other FJ55 owners. Search for Internet forums and online groups supporting the vehicle you want to buy. If you find local experts, be a giver, not just a taker. Trade knowledge for appropriate currency in whatever form necessary.

If you’re buying a vehicle as an investment, you’re barking up the wrong tree. Collectible vehicles can reach unprecedented peaks, then crash unexpectedly. I sold a car in 1992 for $22,000, which would top $50,000 today. Bummer. Those scenarios are few and far between. There are value gainers to be found, but consider those opportunities unicorns. Like any car, plan on losing money.

You don’t have to be a grease monkey to dive into a project, but keep in mind it will manifest itself to the level of your acquired abilities. I grew up a few doors down from a famous street-rod builder, and the restored rust bucket ’32 Ford he sold to Reggie Jackson for over $200,000 speaks to his ability. Don’t be disappointed if your block of wood and hammer don’t yield the bodywork results you had in your head.

Although many DIY restorations can be done with a minimized outlay of cash, some get expensive, if just in rookie mistakes. I would advocate not taking on a restoration in the hopes of saving a few bucks, but rather earning the satisfaction of having done the job yourself. Each bloody knuckle and hour spent fixing mistakes will mean all that much more to you when the project is complete.

These days there are a number of builders and importers offering the vintage 4×4 experience without the headache associated with acquiring and restoring a vehicle yourself. Many people simply lack the skills, time, tools, and work space required to take on a big project, so these turnkey resources are great. While not cheap, they often come with the added benefit of limited warranties, service assistance, known work quality, and on occasion, a built-in list of buyers should you elect to sell your rig down the road.

Based in Miami, Florida, Terra Cruisers is one of the nation’s leading Land Cruiser restoration shops. Their frame-off projects produce vehicles seemingly plucked from a time machine. With some vehicles reconditioned to like-new or better condition, their comprehensive knowledge of Toyota’s legendary brand is what sets them apart from other non-brand specific restoration shops. Some of their latest Cruisers include refurbished tool rolls and factory accessories; even the tiniest details are never overlooked. www.terra-cruisers.com 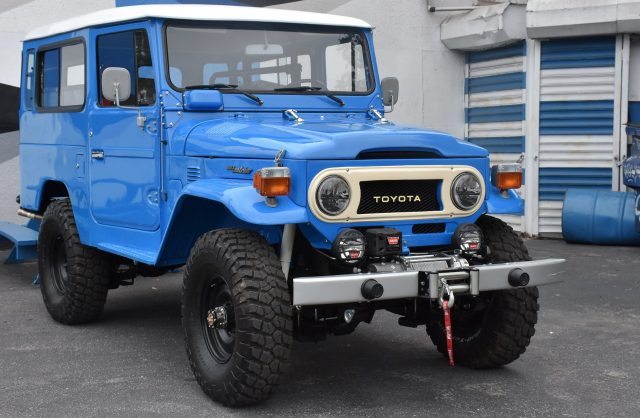 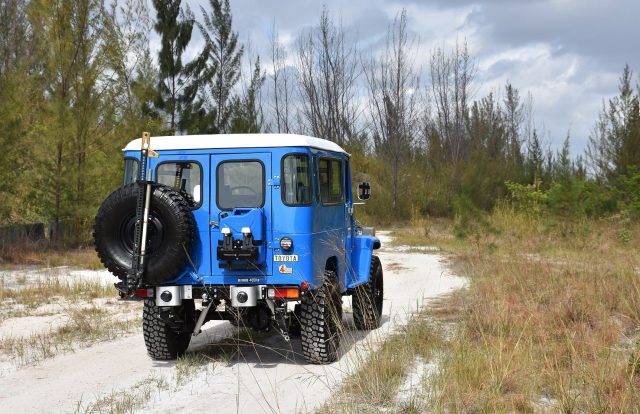 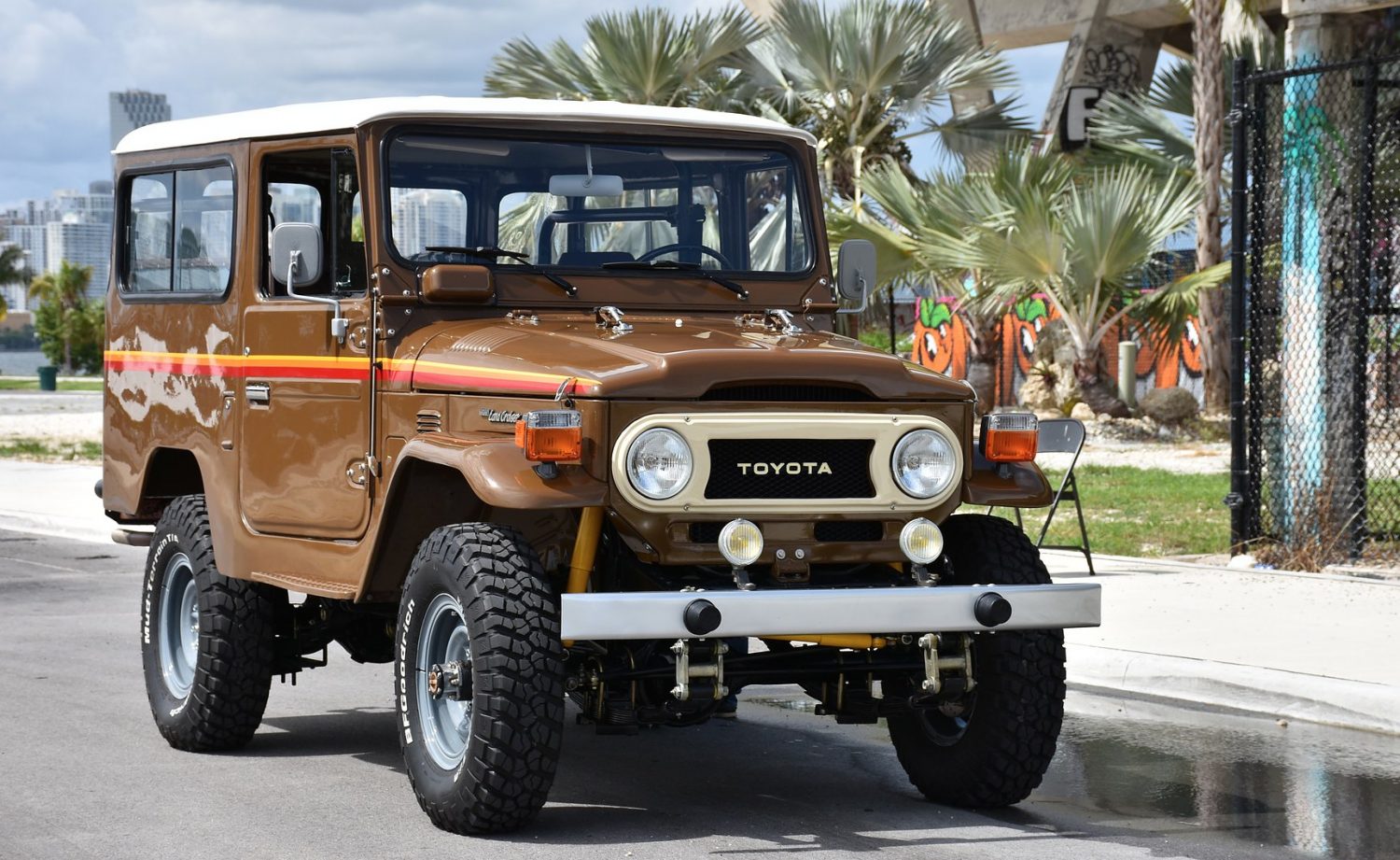 We’ve featured a number of vehicles sold by this Texas-based firm. Primarily dedicated to the sourcing, and importing of foreign vehicles, they also facilitate third-party reconditioning efforts, often in the vehicle’s country of origin where parts are easily sourced. With a focus on Land Rovers, the bulk of their imports fall right on the edge of the American 25-year import law. Their team of field experts know just where to look for good deals on well-preserved and maintained classics. They can also source the vehicle of your dreams; just tell them what you want. www.dutchsafarico.com 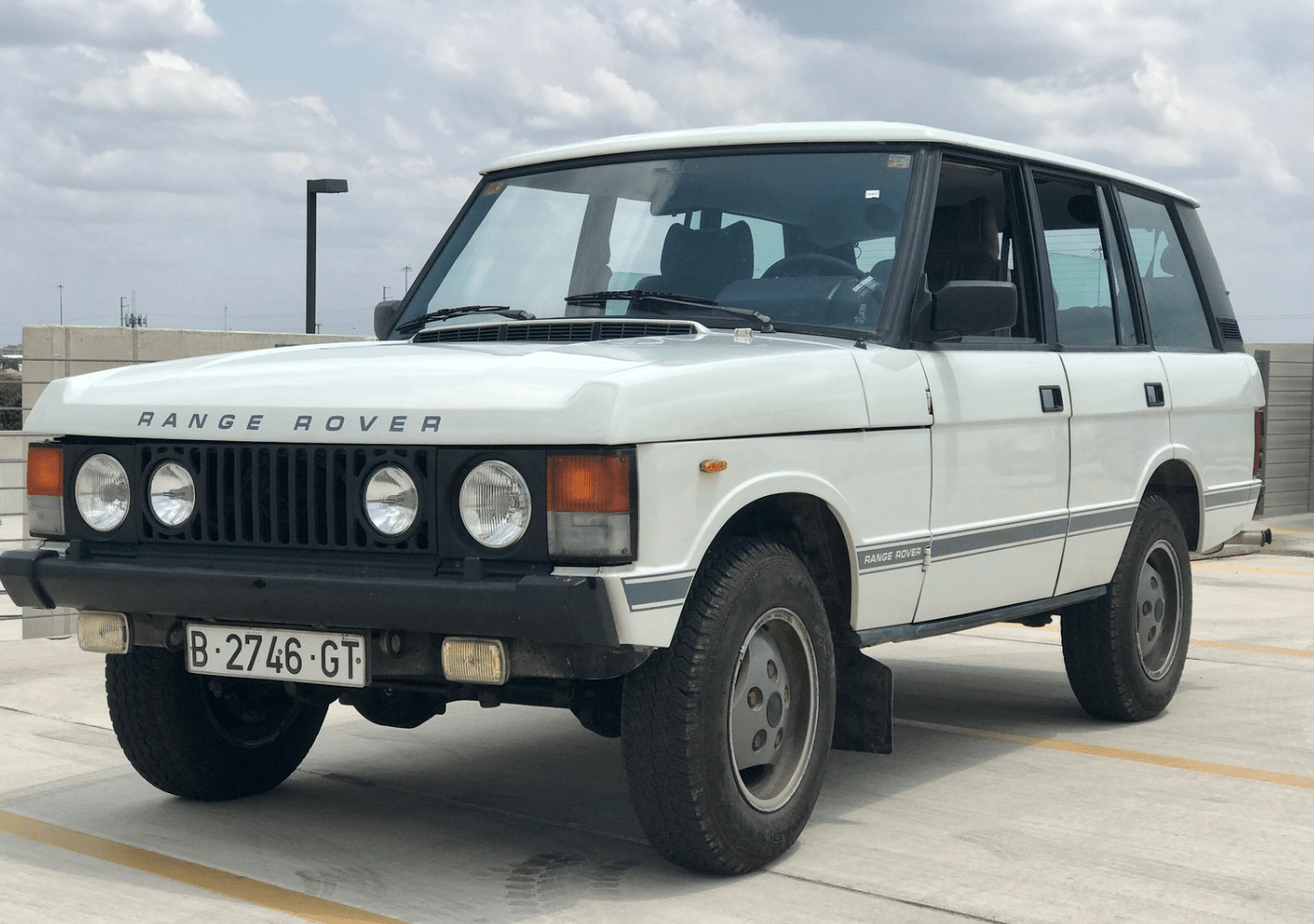 The gurus at New Legend have an uncompromising passion for the International Scout in all its forms. Located in Iowa, they’ve spent 20 years honing their skills as restoration experts and have recently raised the bar with a new crop of resto-mods featuring classic Scout bodies perched atop a modern chassis with a brand-new power plant. Their Scout fitted with an LS3 V8 and built atop a Jeep JK frame is a thing of beauty. They’ve also recently expanded to restoring other vintage four-wheel drives, including a stunning Jeep Wagoneer. newlegend4x4.com 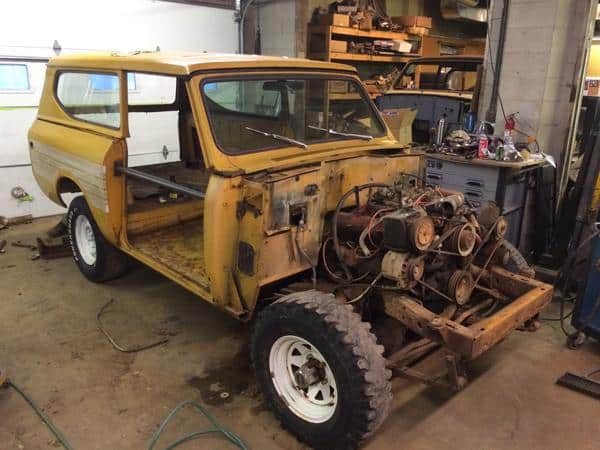 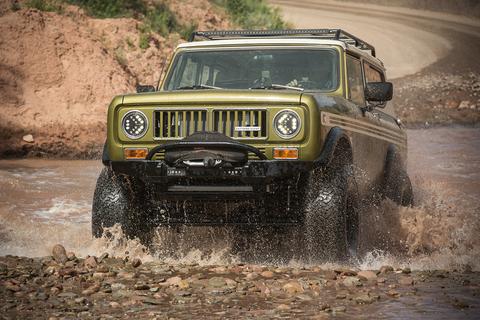 There are a multitude of shops dedicated to the repair, rebuild, and restoration of Jeep’s famous topless 4×4. Some focus on returning their trucks to original condition while others wiggle in a few modern modifications like lifts, contemporary suspension kits, and other add-ons. Located in Georgia, CJ Jeep Builders often maintains a small inventory of CJ Jeeps ready to roll off their lot and to a new home. 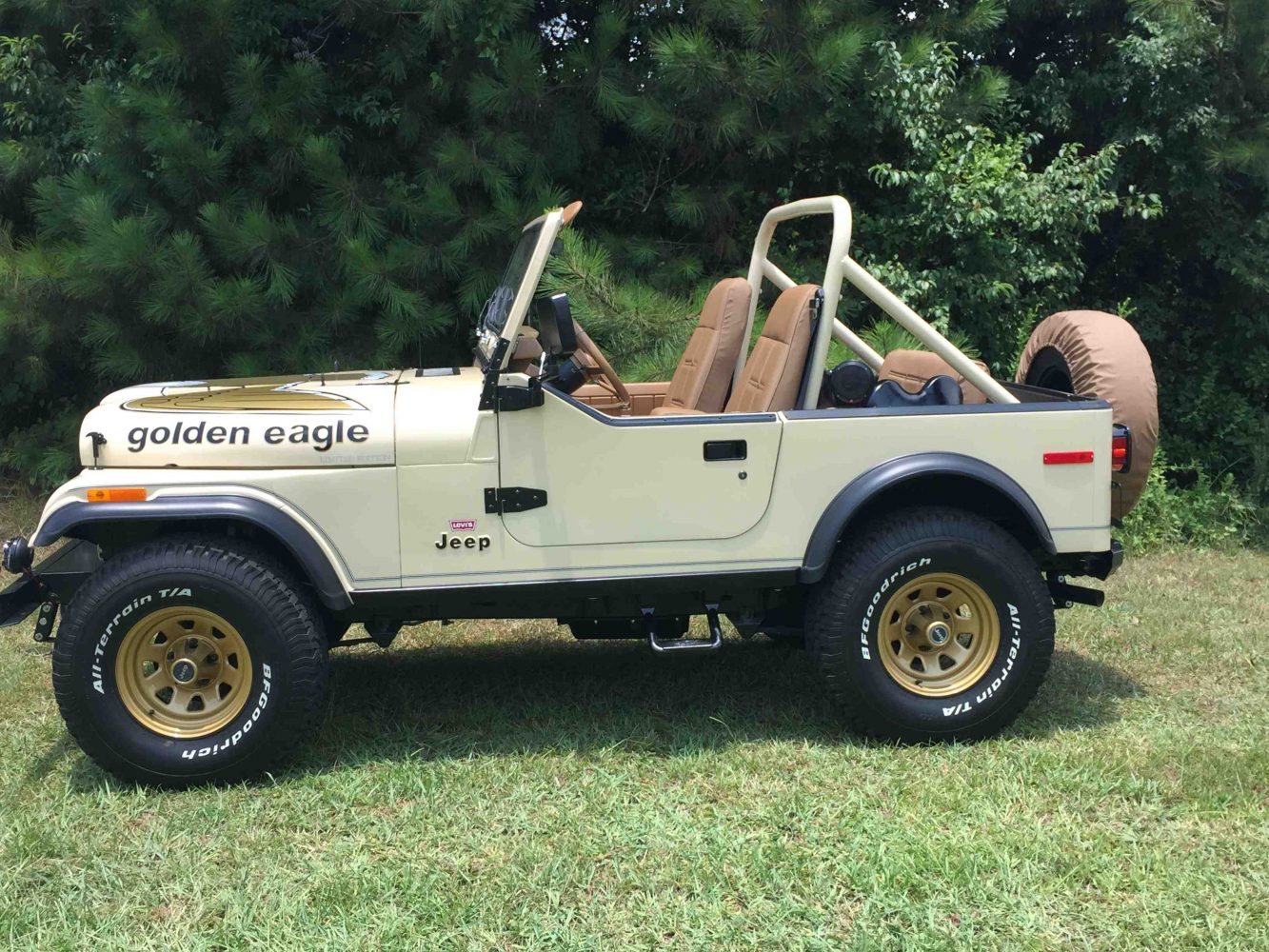 In the world of Land Cruiser restorations, the FJ Company has quickly put their name in the hat for top contender. They are obsessed with quality craftsmanship and painstakingly comb through every detail of these old Toyotas to make sure they are better than new. Each of their vehicles has been rebuilt from the ground up, but many include desirable updates like a modern drivetrain, suspension, and amenities. fj.co 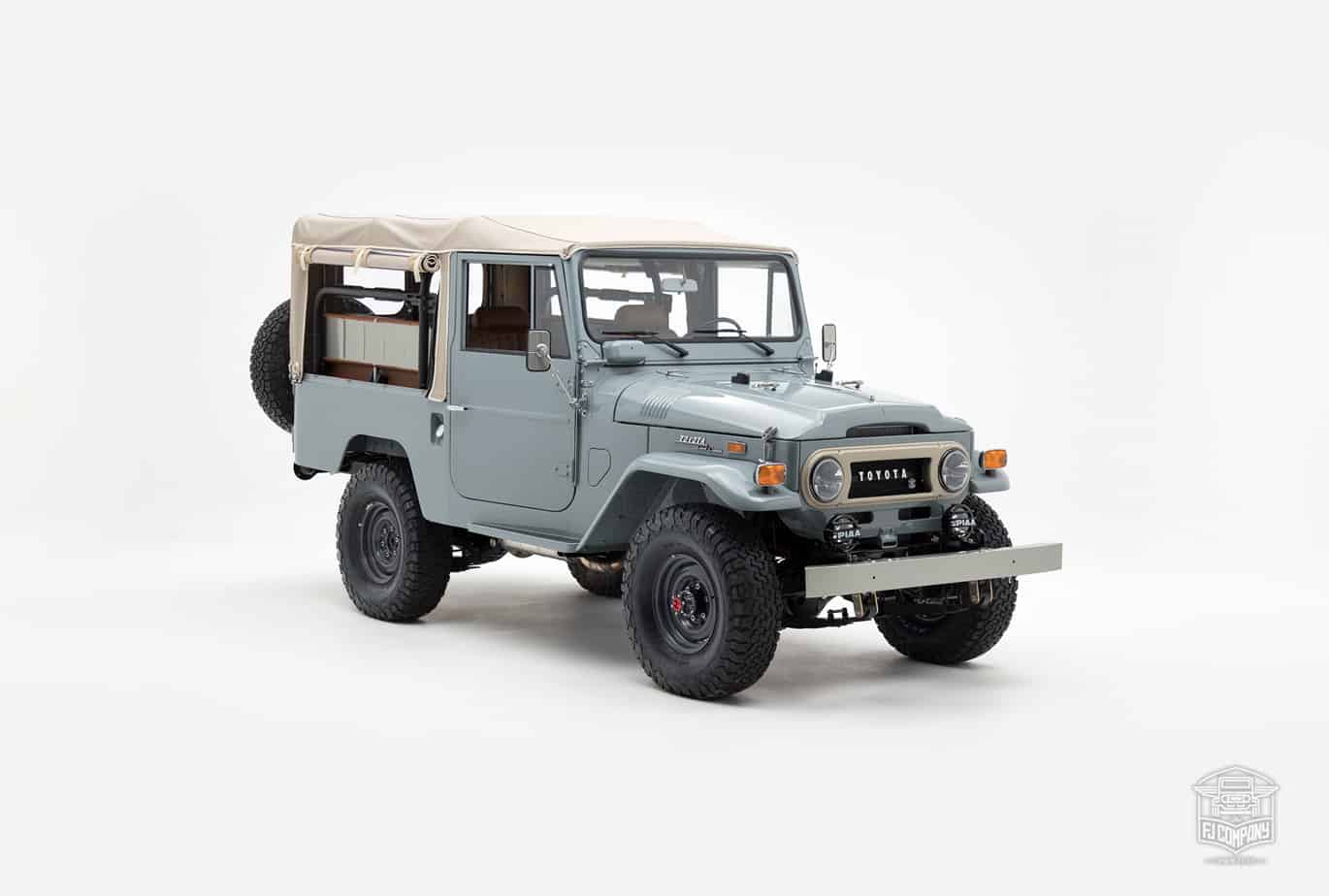 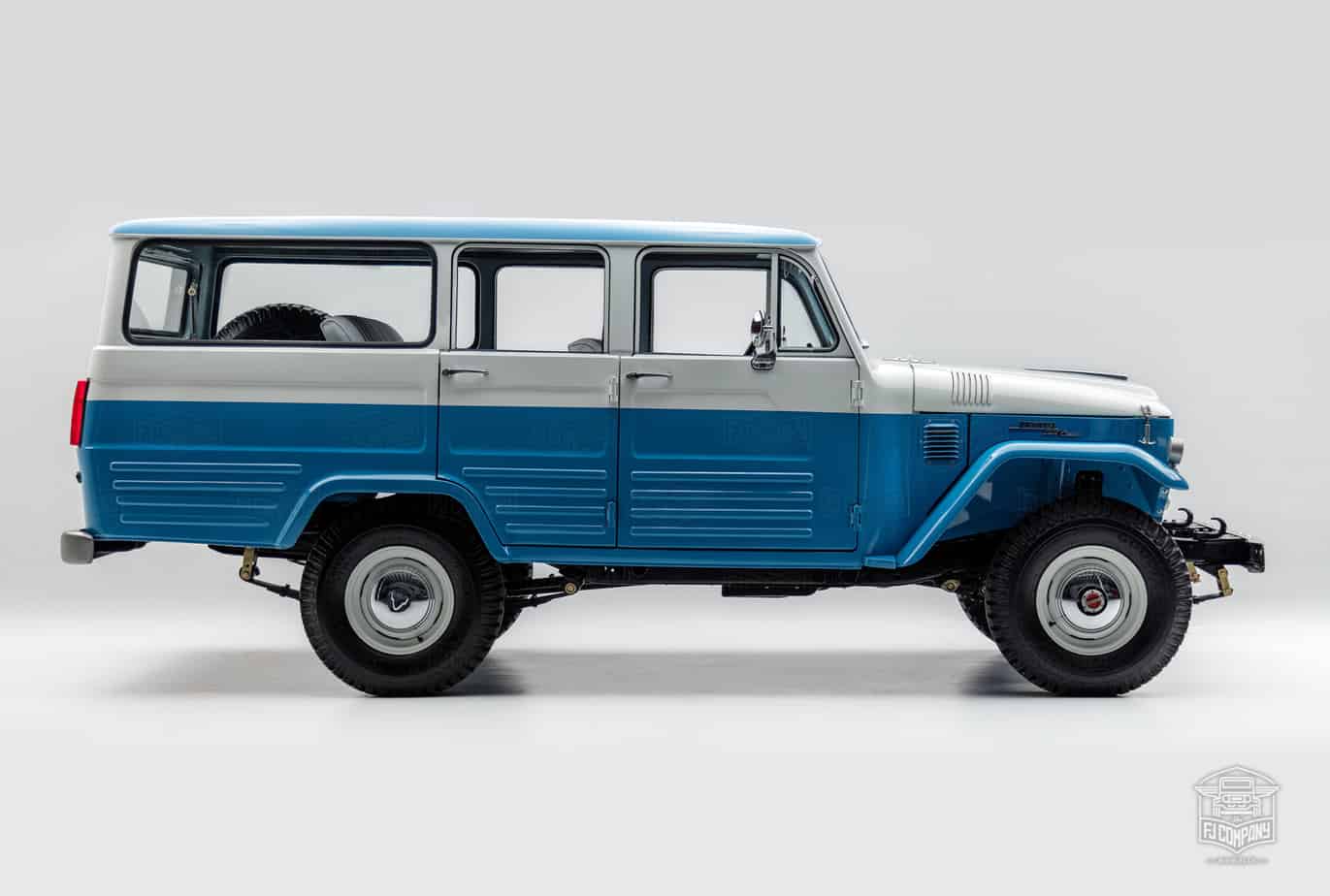 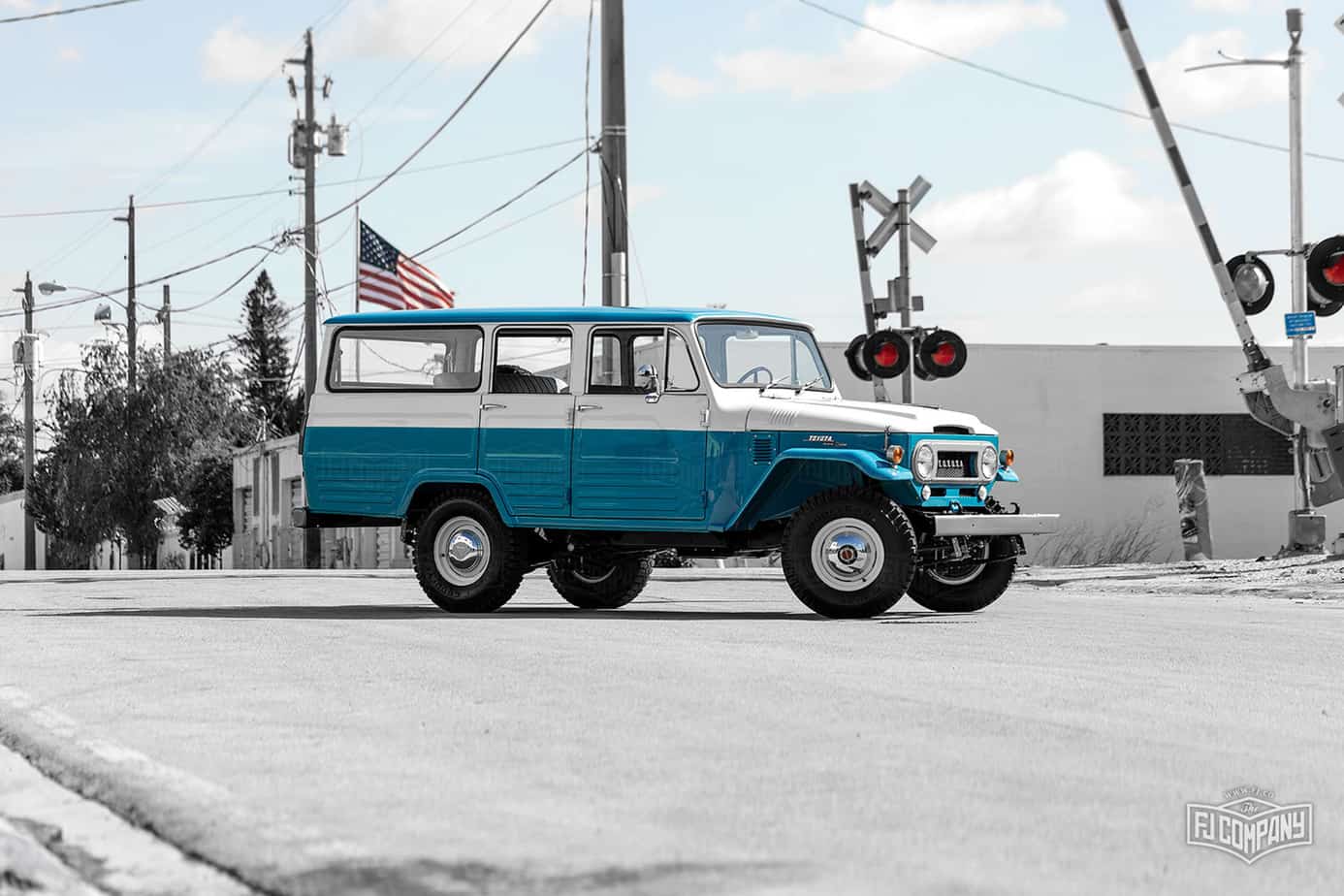 There are quite a few other top-shelf resources out there capable of returning your well-aged overland rig to its former glory. The smart investment is to go with an expert working within your specific vehicle platform. Whether you use it to putter around your local backwood or load it up for a lap of the globe is up to you. One thing is for certain, whatever you choose will have far more character than any brand-new truck you could roll off the dealer lot. – CN