If you didn’t get the memo, fat is where it’s at. The fatbike, once considered a snow-day novelty, is now the fastest-growing segment in the bicycle industry. Leading the charge is Salsa Cycles, one of the most progressive of fatbike innovators. With their expanding inventory of big-tire options it was no surprise to learn they had spent the last three years working on a clandestine project, one recently unveiled at Sea Otter as the Bucksaw full-suspension fatbike. As unabashed fans of the chili pepper brand, the Expedition Portal team jumped at the opportunity to host six riders from Salsa Cycles and Rock Shox on a four-day backcountry tour of central Arizona. The objective was simple enough, to put a fleet of Bucksaws through the paces on a wide variety of trail surfaces to see firsthand how they stack up. By trip’s end the impressions were unanimous––the Bucksaw is something special.

The keystone to the Bucksaw, and the reason a full susser fatbike has eluded the market for so long, is the Rock Shox Bluto RL suspension fork. A riff on the ubiquitous Reba fork, the Bluto is a 32mm-stanchioned fork using existing technologies like Rock Shox’s Solo Air spring, Bottomless Tokens air volume adjusters, and the brand’s new Fast Black stanchion coating. The 15x150mm thru-axle provides maximum stiffness and the expanded clearance accepts tires up to 4.8-inches in width. At under four pounds the Bluto is surprisingly light giving the front of the Bucksaw a liveliness that defies its size. Available in 80mm,100mm, and 120mm travel lengths, the Bucksaw’s fork is set to 100mm.

Borrowing from other successful bikes in the Salsa stable, the Bucksaw features their Split Pivot suspension design paired to a Rock Shox Monarch rear shock. To shave weight and improve stiffness, the seat stays are constructed of carbon fiber and accept a tire up to 3.8-inches wide. Rear hub spacing is 177mm and the hub is affixed to the frame with a thru-axle quick release. The main frame is made of 6066-T6 aluminum tubing and looks much like any other full-suspension frame and not some bloated beast built to accommodate big tires.

Following recent trends to simplify gear management, the drivetrain is assembled around SRAM’s popular 1×11 system with an XO shifter, rear derailleur, and 10×42 tooth cassette. Stopping power is supplied by SRAM’s new Guide RS dual piston brakes, something that initially gave me pause. Seeing the SRAM badge atop the brake levers for the first time did furrow my brow as it’s no secret SRAM has had their share of brake challenges. Those concerns were quickly dispatched, and over the course of 6,000 feet of technical descents, the Guide RS brakes have performed flawlessly. With a crew of seven riders all braking hard on their Guide RS brakes, not a squeal was heard the entire trip. The big rolling mass combined with aggressive speeds demanded much of the Guide RS brakes and they did not disappoint.

Other trimmings include a Rock Shox Reverb Stealth dropper seatpost, Cane Creek headset, and a Thompson X4 stem bolted to Salsa’s own Rustler carbon fiber handlbars. The Surly Marge Lite rims are laced to Salsa hubs with DT Competition spokes, and the 120 tpi Surly Nate tires give impressive bite when traction gets sketchy. It’s a perfectly tuned assortment of parts, and evidence that Salsa knows how to design and build a bike, but how does it ride?

Like many riders of a particular age, I’m a hard sell. Regardless of what tomorrow’s bicycle technology will bring, I probably hate it already. Plucking the Bucksaw from the box for the first time, I was impressed with the build quality, but dubious of the Bucksaw’s design objective. At first blush it looked like a complicated solution in need of a problem. I was however utterly baffled by the lack of heft. With pedals, my large test bike barely broke the thirty pound mark. As our crew of seven finally rolled onto the trails west of Sedona, I did my best to maintain my objectivity and settle into the ride.

Joe Parkin and Jed Douglas drop into the Agua Fria wash on the Black Canyon Trail.

During the initial ride I bobbled through the first turns encouraging the slackish head angle to respond to my steering inputs. As the ride progressed and I started to get a better feel for the layout and feedback from the suspension components, it all started to come together. By day two, the Bucksaw was under my full command and rocks the size of small melons scattered under my wheels. It does take a little time to settle into the Bucksaw, but when the green light finally comes on, it is quite something to behold. No line is a bad line with the Bucksaw, and lines once off-limits become too alluring to avoid.

On the descents, the Bucksaw is no dawdler and begs to be ridden hard. It claws at the trail and the suspension components, combined with the big tires, absorb impacts with a mechanical benevolence I have never before experienced. On the climbs, the compliance and the glue-like traction make seemingly impossible obstacles insignificant. In a word, it is a riding experience boarding on bizarre. Our second day out included more than 2,000 feet of climbing in just 16 miles, and the Bucksaw chewed through it with nary a complaint.

The line for the dropper post is routed internally just above the bottom bracket shell.

One of the inherent drawbacks of a fatbike is the undampened rebound of the large tires. Even at modest tire pressure, impacting an object on the trail can invite an unnerving bounce and subsequent loss of control. With the Bucksaw, those impacts are attenuated by the suspension leaving the tires to their work, smearing themselves across the trail for maximum adherence. If a regular fatbike is good, the seven of us on this trip found the Bucksaw to be, gooder than hell.

Is the Bucksaw one bike to rule them all? I have a sneaking suspicion many riders will understand the potential immediately and make the Bucksaw their everyday steed. It is remarkably capable and a sensible evolution of the fatbike. From hardpack to ugly chunder, the Bucksaw simply delivers. I for one have yet to throw a leg over my 29er since meeting up with Salsa’s new ride. One thing is certain, I cannot wait to get back on it.

Tim Krueger of Salsa Cycles pilots our Expedition Portal support truck up a trail near Oak Creek in search of more proving grounds for the Bucksaw.

Financing Extended Overland Trips: How Do They Do it? 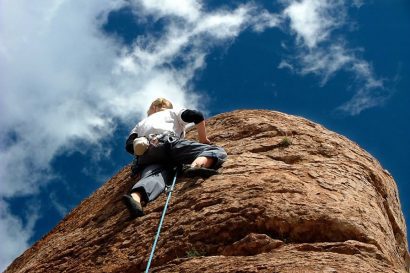 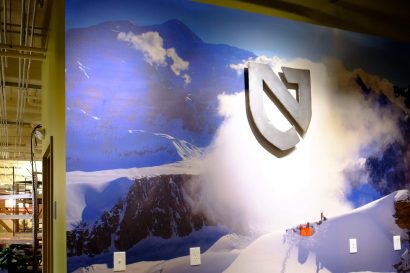