We’ve all heard it before, whether from a friend, an acquaintance, or someone on a forum: “There are no good trails on the East Coast.” Sadly, it’s easy to believe. Unlike the Southwest where sprawling undeveloped landscapes are in abundance, the East Coast has been privatized so much that it can be difficult to find a dirt road to drive down. I’m here to tell you not all is lost. Thanks to a determined cartographer with a passion for the outdoors, it has become easier than ever to explore the East Coast. All you’ll need is a little wanderlust and a Purple Lizard Map. 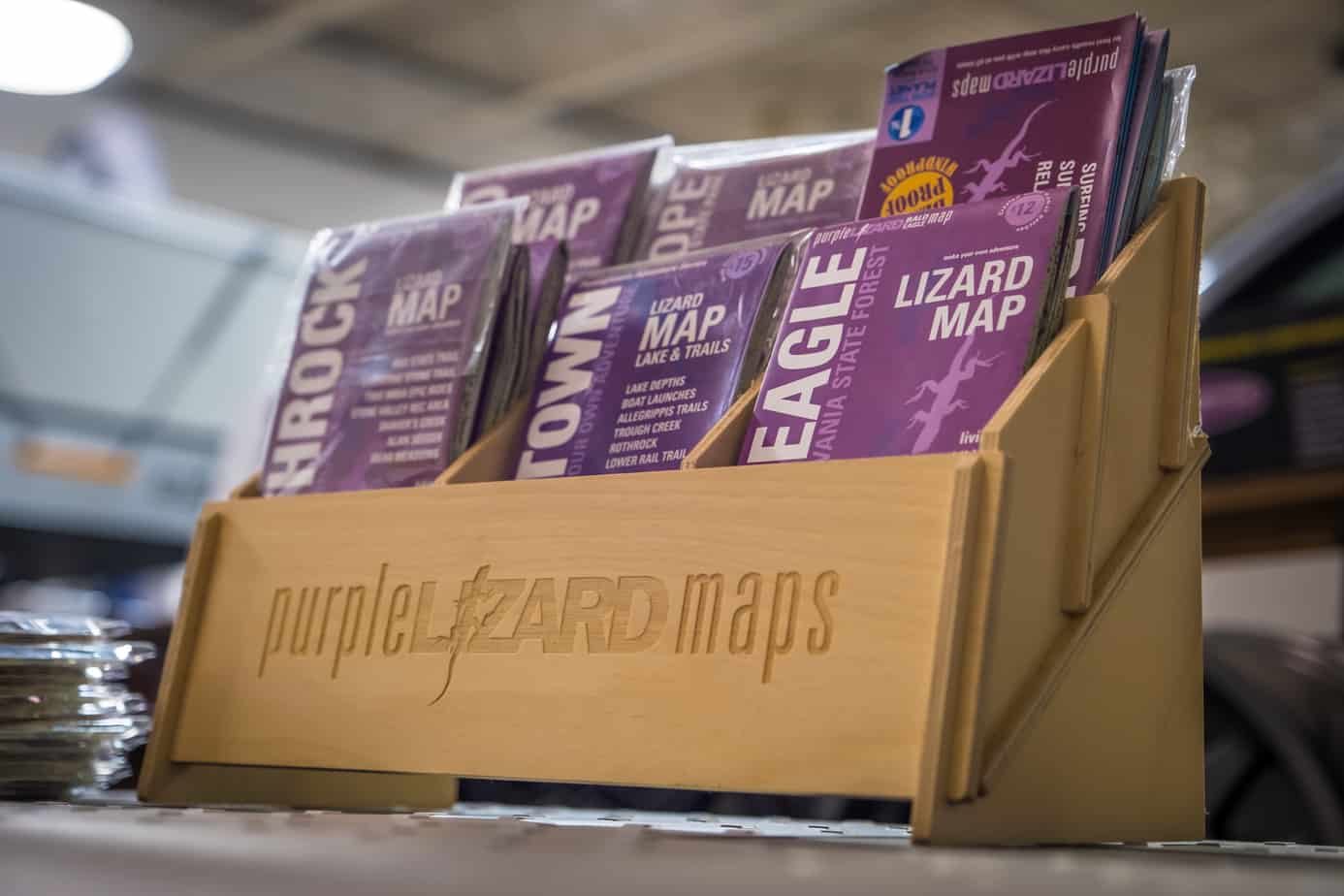 Purple Lizard was founded by Michael Hermann, an avid adventurer, and an award-winning cartographer. His journey to map making began in his early years while exploring the mountains of central Pennsylvania, the deserts of Arizona, the backroads of Colorado and Utah, along with many points in between. He often found himself on remote hikes, climbing big rocks, backcountry snowboarding, kayaking, riding mountain bikes, touring on motorcycles, and traversing great lengths in four-wheel drives, and quickly gained a reputation as an expert on those regions. Companies began to seek him out for hand-drawn maps and trail information for their guidebooks. By 1992, Michael launched his career with a formal education in cartography. He has since worked with organizations like National Geographic, Trails Illustrated, the Canadian-American Center at the University of Maine, and was even selected as a participant in the Camel Trophy US Team Trials for Tierra del Fuego in 1998. Sadly, he didn’t make the final cut, but he did enjoy a 36-hour mental and physical endurance marathon playing with Land Rovers near Grand Junction, Colorado. Of course, none of that could pull him away from his passion for hands-on cartography in the outdoors, and thus in 1997, Purple Lizard was born. 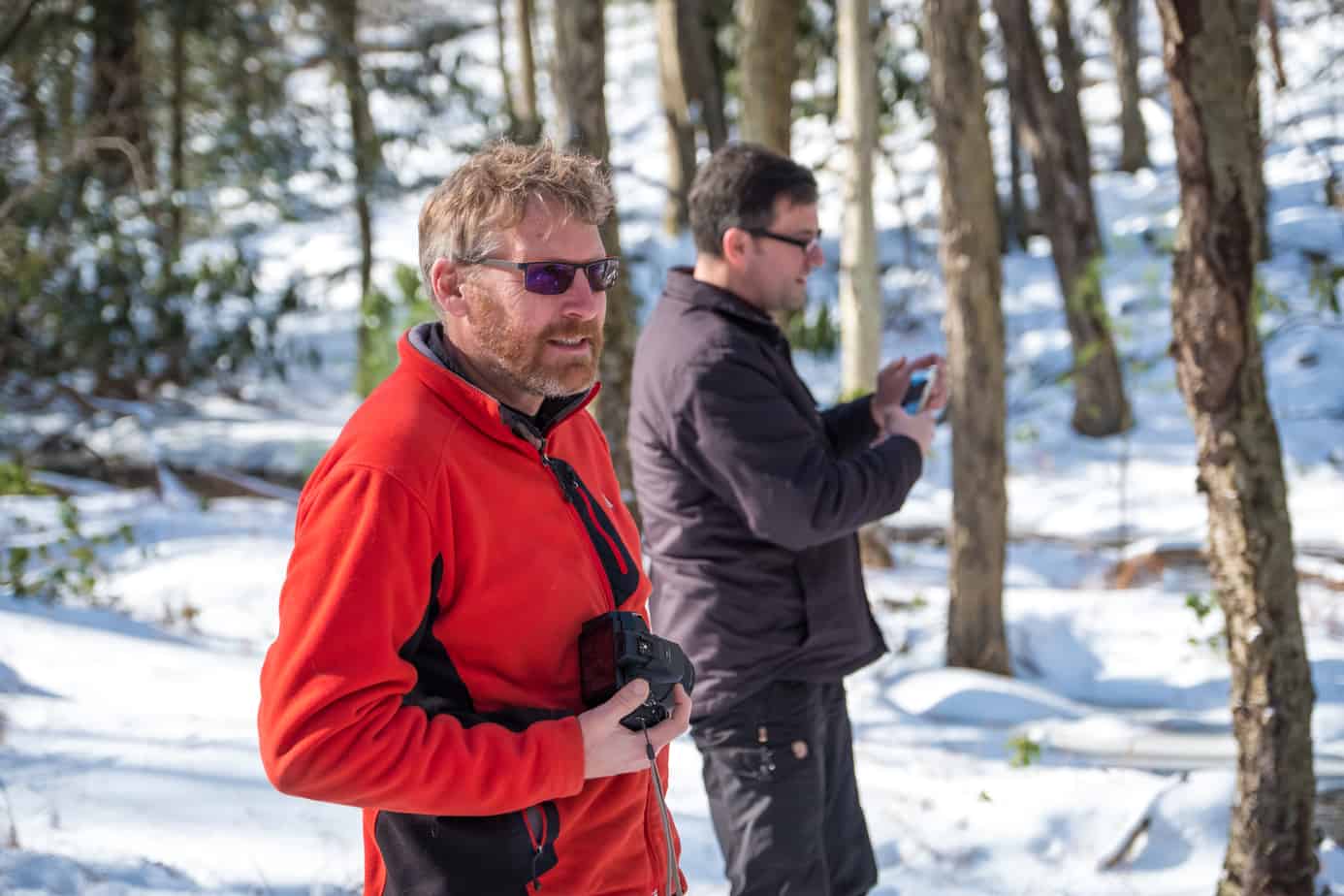 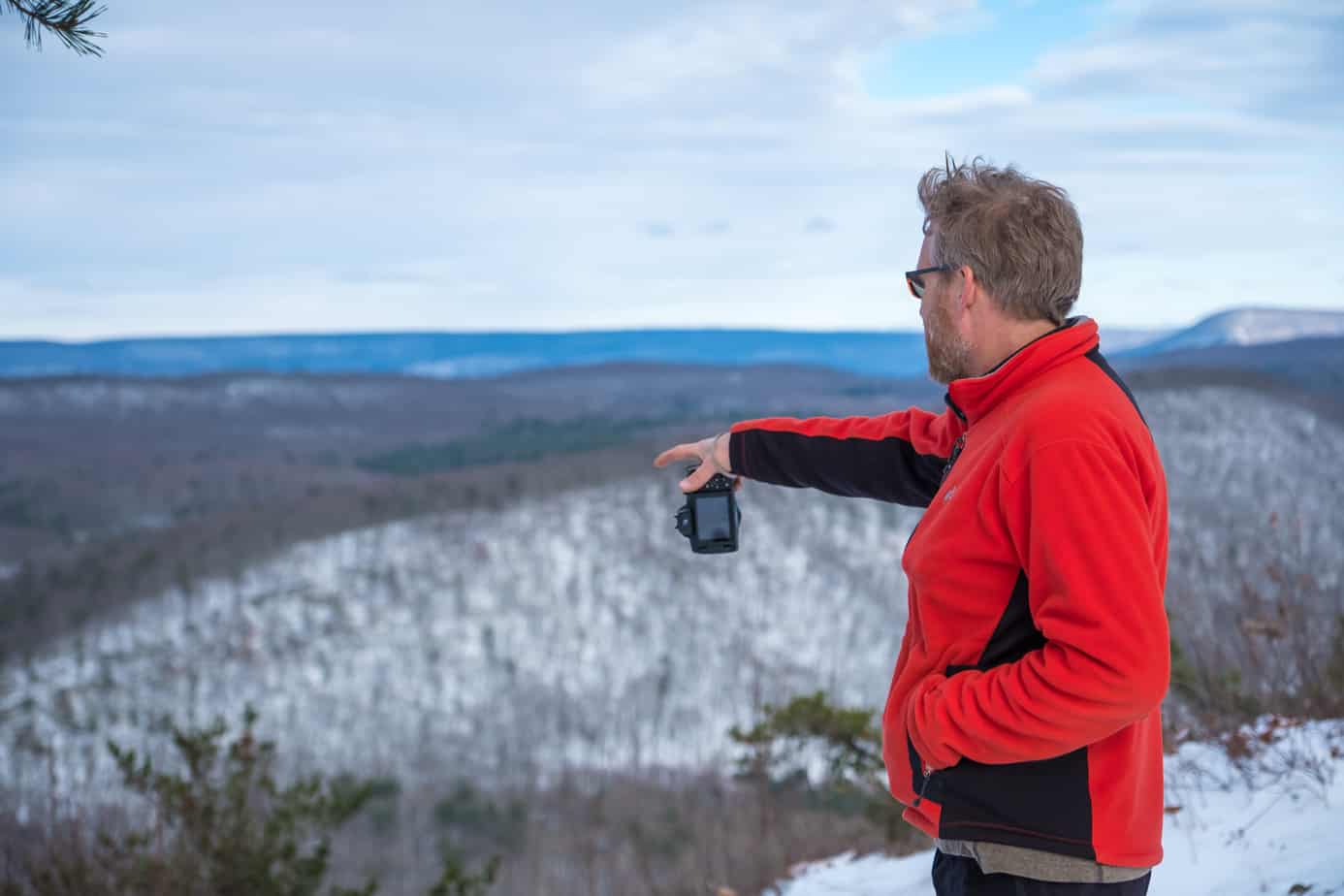 The first thing that you’ll notice about these maps is that they contain far more than just colored lines and a few names. Michael’s wide range of interests has prevented him from specializing, so Purple Lizard doesn’t focus on any single type of recreation, they “show all the options in an area that are open for public access by foot, bike, horse, motor, air or water.” Combine that diversity with loads of information that is actually useful, and you’ve got an exceptional tool for planning better trips. Let’s take a look at Piney Mtn Ridge Rd from the Michaux Map for an example. 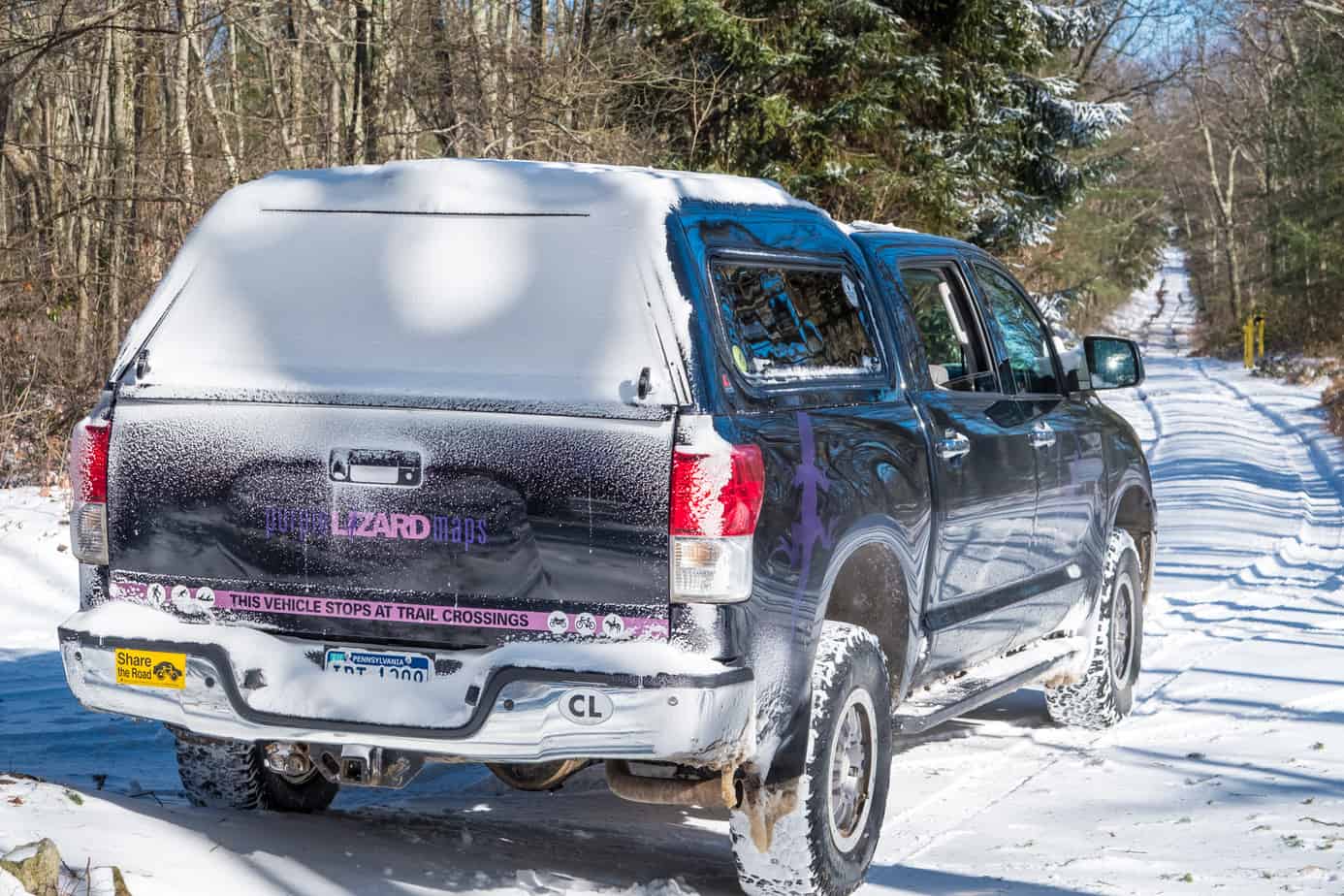 We’ll say you’re going to be taking this road on an upcoming trip. On any other map you’d see the name, and hopefully whether it was dirt or paved. On the Lizard map, however, you’ll see that and much more. There’s a notation that it’s closed in winter for bird nesting and a few small green boxes which highlight nearby campsites and clarify that they’re free with DCNR permits. Another box is positioned above a historic site to the north and describes the secret POW interrogation camp that was once hidden there. To the south, a hiking trail is pointed out with a brief description of its difficulty and length. You can also see surrounding biking trails, cross-country ski trails, swimming holes, rock climbing areas, ranger stations, cabins, and loads more. My personal favorite is the little Purple Lizard marker, which, according to the map, “could mean anything.” It declares that Michael found something unique there, and you’ll have to venture out to discover it for yourself. 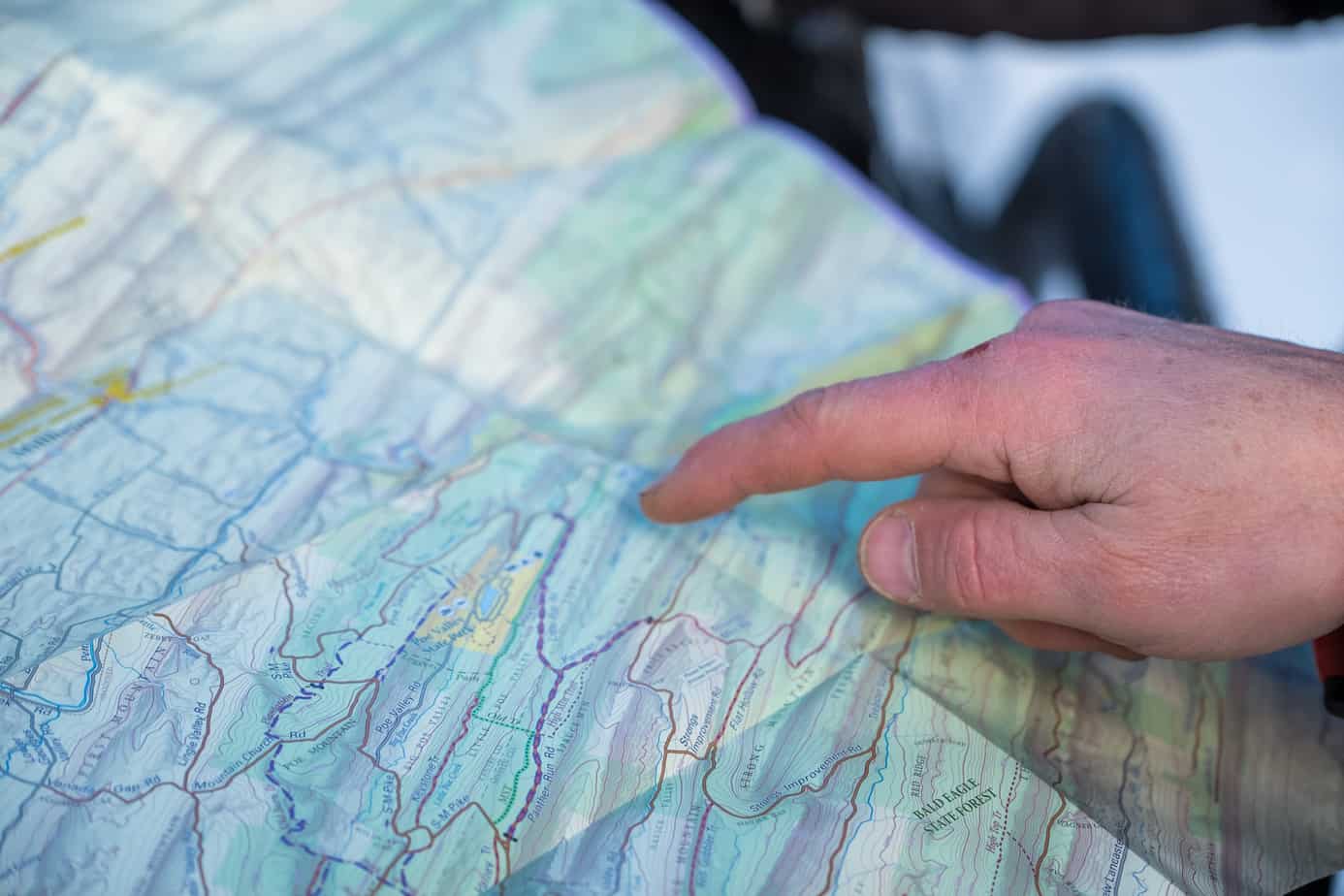 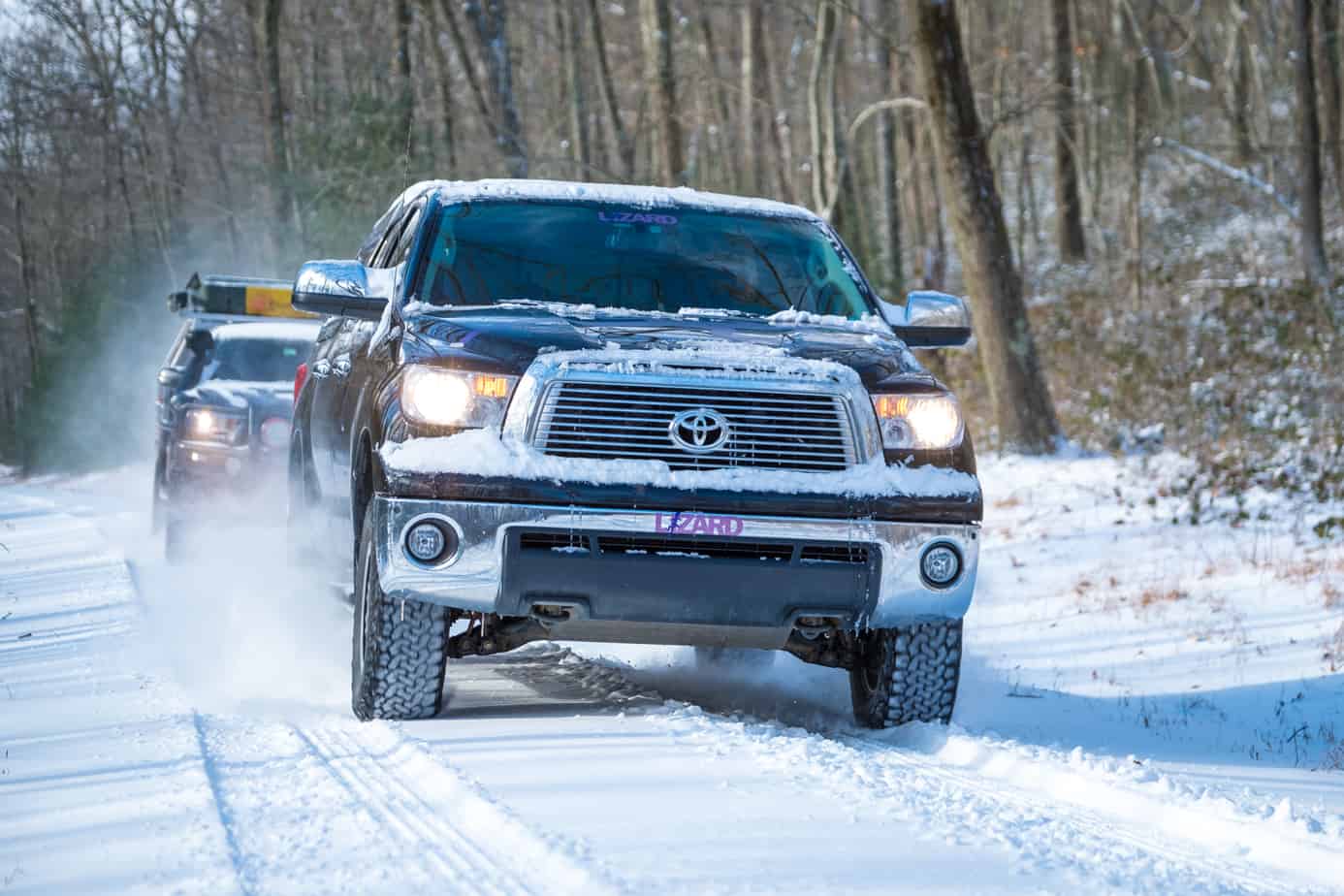 If you’re wondering how they manage to learn all of these details, it’s thanks to Michael’s unique method of mapping: immersion. He and his partners explore each region themselves and integrate with the community while they’re there. They talk with locals, share stories and ideas, and partner with them to create the most comprehensive maps available of their area. It’s a slow but extremely effective system that will allow people using the map to truly experience a place, instead of barely scratching the surface.

I had the chance to put some of these maps to the test on a recent outing through Pennsylvania. We were evaluating Main Line Overland’s Norweld Tacoma, and I wanted some good trails to get a feel for the vehicle. With no experience in PA, it was clear I’d need some guidance, so Main Line set me up with the Bald Eagle State Forest map. Like all of the Purple Lizard maps, it’s printed on a paper-like plastic making it waterproof and durable, which is handy when you drop it in the snow like I did. It folds up to a size convenient for a vehicle pocket, motorcycle tank bag, or backpack, but expands out to a respectable 24 x 36 inches for detailed viewing. The key is clear and simple to understand, and the markings on the map are large enough to read easily even in poor light. 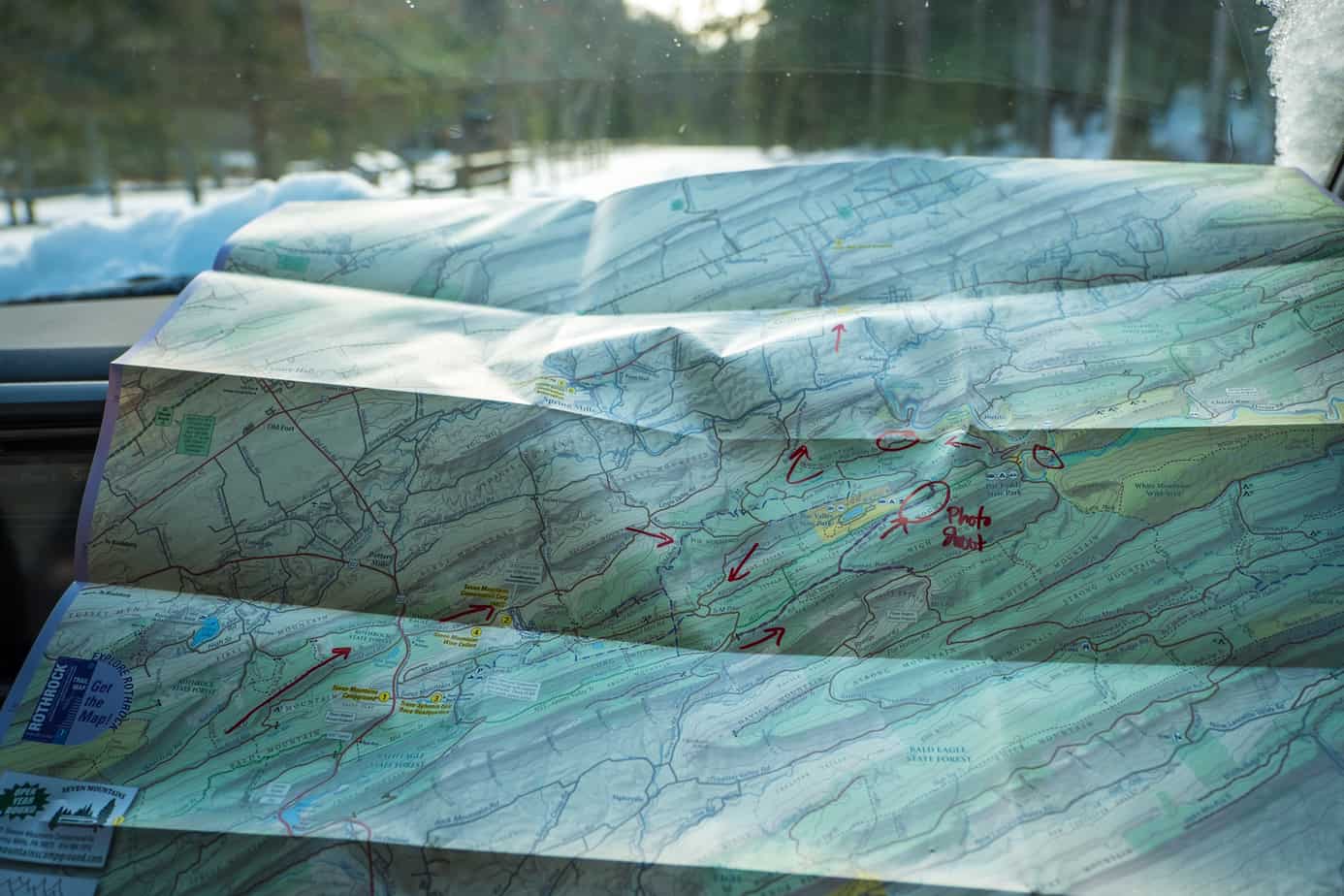 As I mentioned above, the pages are packed with a wealth of information, and it’s the culmination of all of that data that sets this map apart. Instead of plotting out roads that look like they might be cool, you’re able to use the topographic details, road surface notes, surrounding activities, campsites, and points of interest to paint a clear picture of what’s ahead.

Unfortunately, the regions covered are fairly limited thus far. The bulk of Purple Lizard’s maps focus on the state of Pennsylvania, with a few outliers as far as Puerto Rico. The company will continue to expand it’s offerings though, and we are told that they’re expanding into West Virginia this year, with maps of Monongahela National Forest by spring. 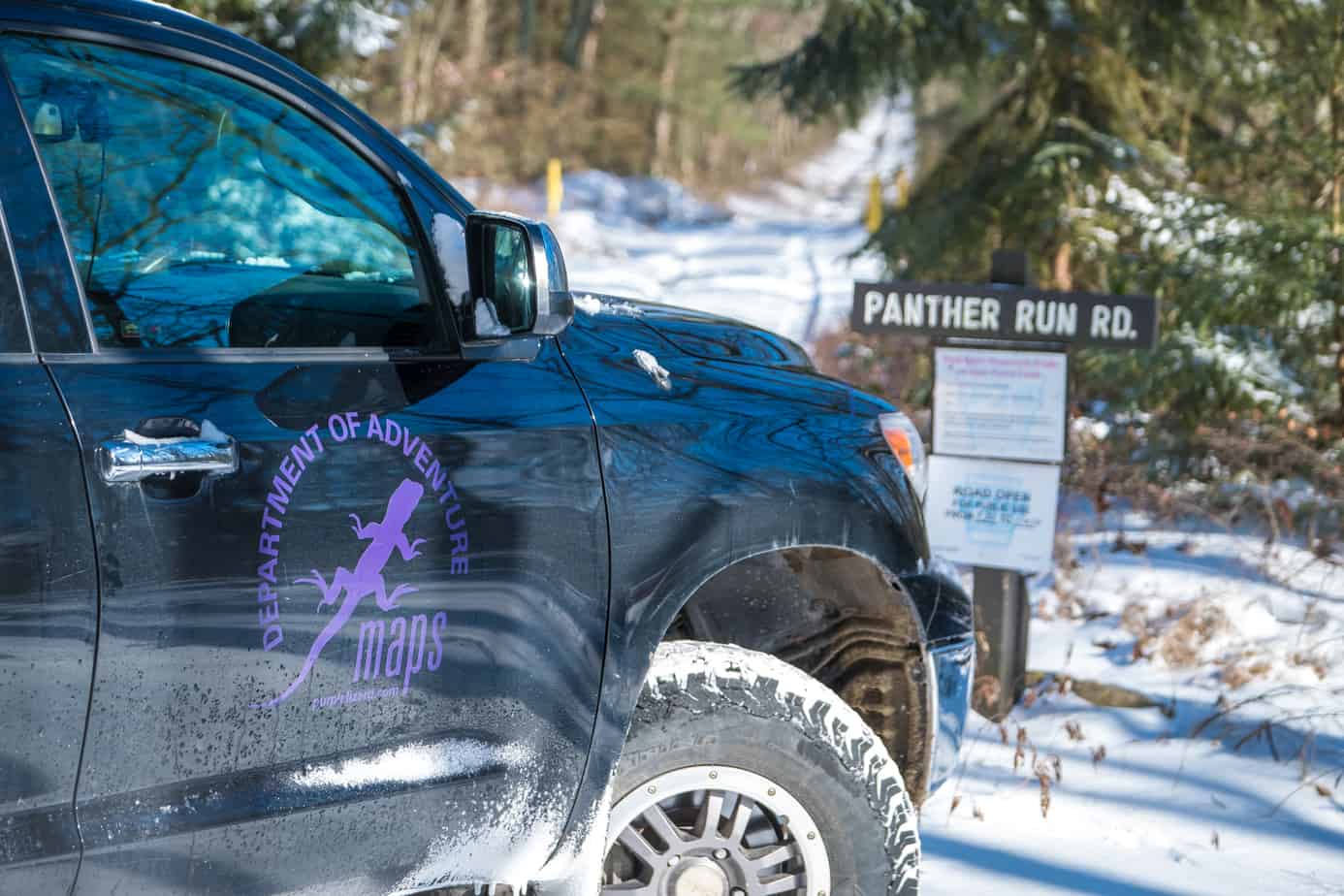 For people wanting to explore what the East Coast has to offer, especially in Pennsylvania, Purple Lizard maps is a game changer. Of course, you can still wander down random back roads with no idea what lies around the bend, but now you no longer have to.

To learn more about Purple Lizard Maps, check out their website here.