Before this wall gets built, I want to spend as much time in Mexico as I can. Surfing, camping, eating tacos, taking in the sights, and just otherwise unplugging from the Great American Life. But when I say Mexico, what I really mean is Baja—that slim peninsula stretching into the Pacific Ocean just south of San Diego. What Sri Lanka is to India, Baja is to mainland Mexico. The lighter, less potent pint of the same style soda. It has everything you could ask for: the tacos I already mentioned, vast expanses of sand and sagebrush, rolling green hills, rocky outcroppings that’ll make you feel like you’re on the moon, and a population of people whose priority is sustenance, survival, and kinship; not oversaturation, abundance, and extreme isolation (see: wall). So what’s the best way to see this beautiful stretch of land butting itself up against us? A motorbike! 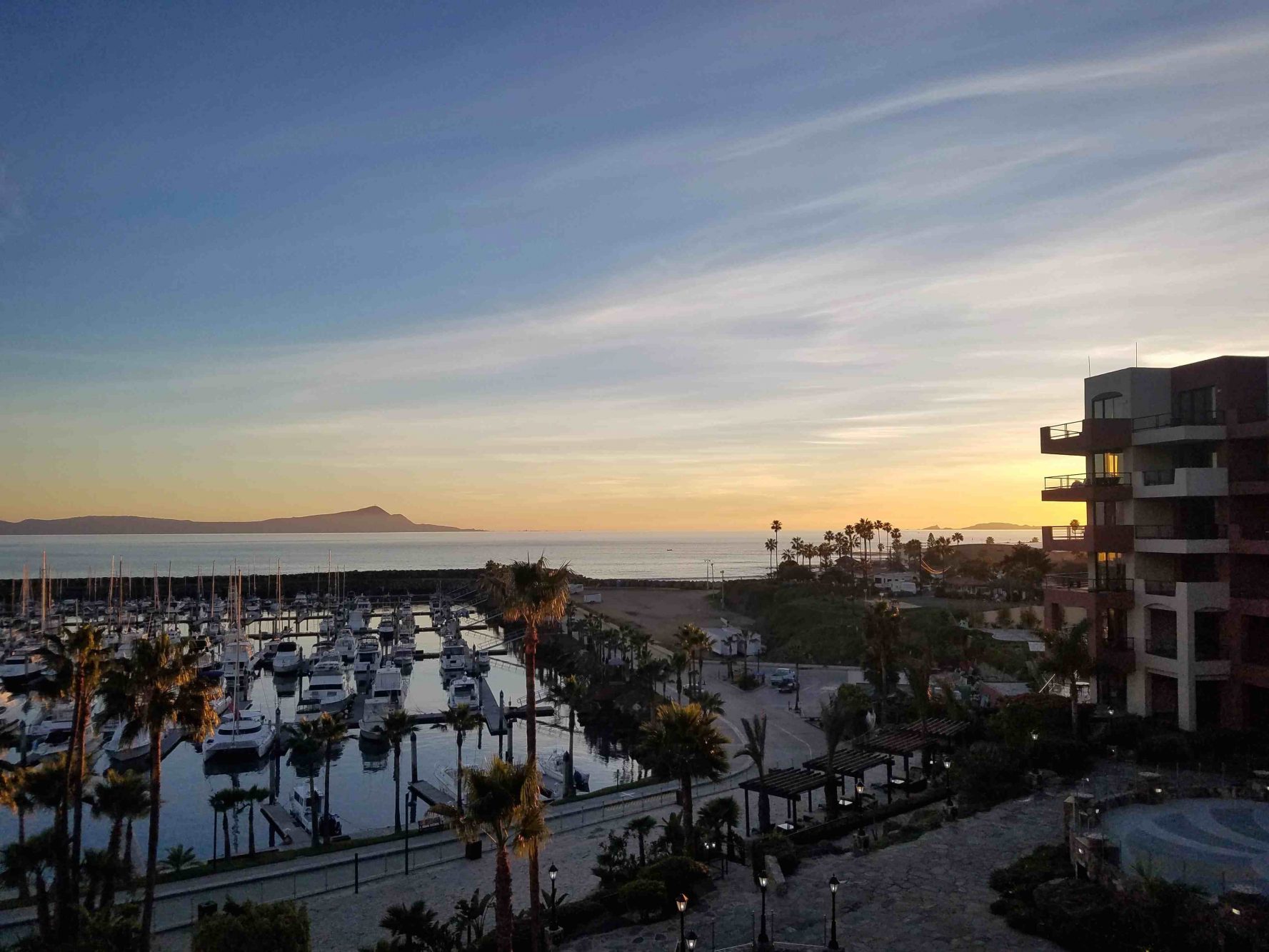 EagleRider, for those unfamiliar, is a motorcycle rental company founded by a pair of Midwesterners in 1992 (they’re celebrating their 25th anniversary this year), which loaned out its first bikes in 1993. Unlike Hertz, Thrifty, or Enterprise, renting a motorcycle can, and often will, have a life-altering effect. Motorcycle rentals are for daydreamers, life-hunters and restless desk dwellers looking to both escape and reconnect. And what better way to do both than to take one into Baja for a week?

Like I was leading in the last paragraph, the EagleRider showroom in San Diego is where this story starts. An invitation from its owner prompted an immediate reply: Yes, I would love to take a BMW R1200GS adventure motorcycle into Baja for a couple nights, staying at wonderful hotels, eating street tacos and exploring the Valle de Guadalupe, Baja’s up-and-coming wine country. Other bikes are available, a stable full of American, Austrian, Bavarian, and Japanese machines. But the BMW is what I wanted. Its off-pavement abilities combined with the smooth and ever-reliable 1200cc boxer engine are a perfect pairing—a lot like the wine and tacos I would soon consume just east of Tijuana! 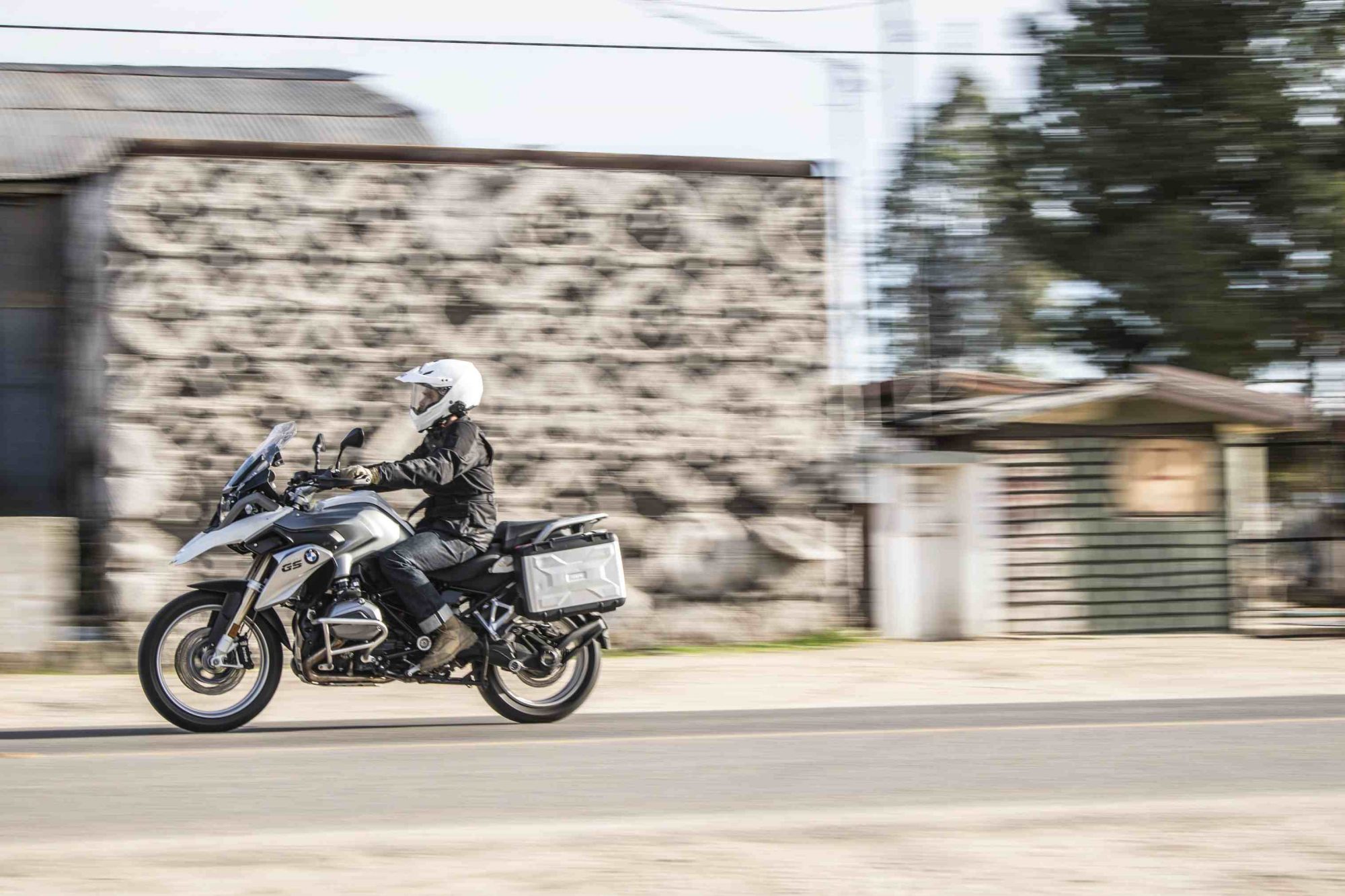 Renting from EagleRider is a straightforward process. You can book online, or show up and provide a valid driver’s license with motorcycle endorsement, choose the bike you’d like to ride, sign paperwork, and then depart the dealership. Supplemental liability insurance packages are available, as well as gear rental, damage waivers, and added travel insurance if desired. Many of their locations offer both guided and self-drive tours, which might be the best option for those with a tight schedule or lack of planning pedigree. For instance, their guided Baja tours come in two sizes: a 4-day, 3-night trip around the northern part of the peninsula, or a 15-day ride from San Diego to Cabo San Lucas and back. They also offer an 8-day on/off-road dual-sport tour, among others. 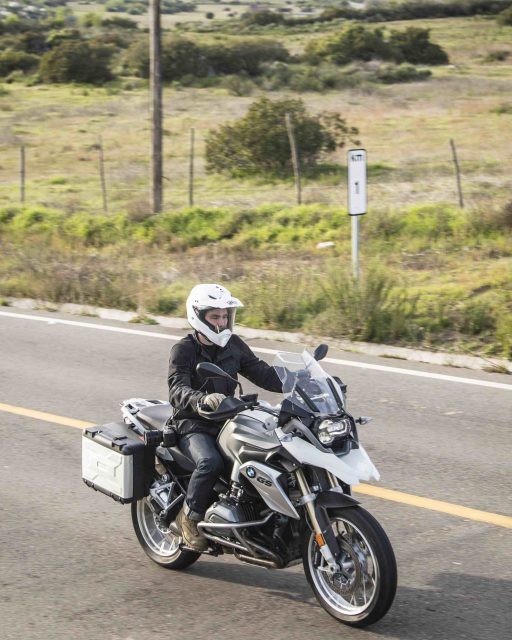 Additionally, the latest venture for the company is Club EagleRider, a subscription model for motorcycle rentals. For just $29 monthly, each member is entitled to one free motorcycle rental day per month, plus a free rental day on their birthday. Added rental days are only $39, a significant discount on something like an R1200GS. Club members also receive discounts on tours. And that’s only the beginning.

Bike acquired, I loaded a few nights’ worth of clothing, as well as computer and camera equipment (a man’s gotta work) and then rolled across the border into Tijuana around 10 a.m. on a Wednesday. Smooth sailing is how I’d describe the TJ border crossing, at least when your front wheel is pointed south. Bring your passport and other essential documents, but don’t expect to show them to anyone until you’re trying to return to the States. Once over the border, I put my right wrist into action and made the most of my morning, twisting and leaning, accelerating and overcoming, soaking in all that Baja’s northernmost coastline has on offer. And it offers a great deal. My first night was spent at the Hotel Coral & Marina in Ensenada. One of the nicest hotels in Northern Baja, the Coral is home to many Baja 1000 racers during the weeks and days leading up to the race. It is also perched just above the Pacific Ocean and offers guests access to a variety of aquatic activities, including fishing and sightseeing tours. That evening I drank margaritas at Bar Andaluz in the Riviera Cultural Center—the self-proclaimed birthplace of the beverage and a former hotel-and-casino frequented by legendary Chicago gangster Al Capone. Afterwards, I wandered over to La Guerrense, the newly established brick-and-mortar iteration of a famed tostada street cart in Ensenada. Anthony Bourdain is a fan. 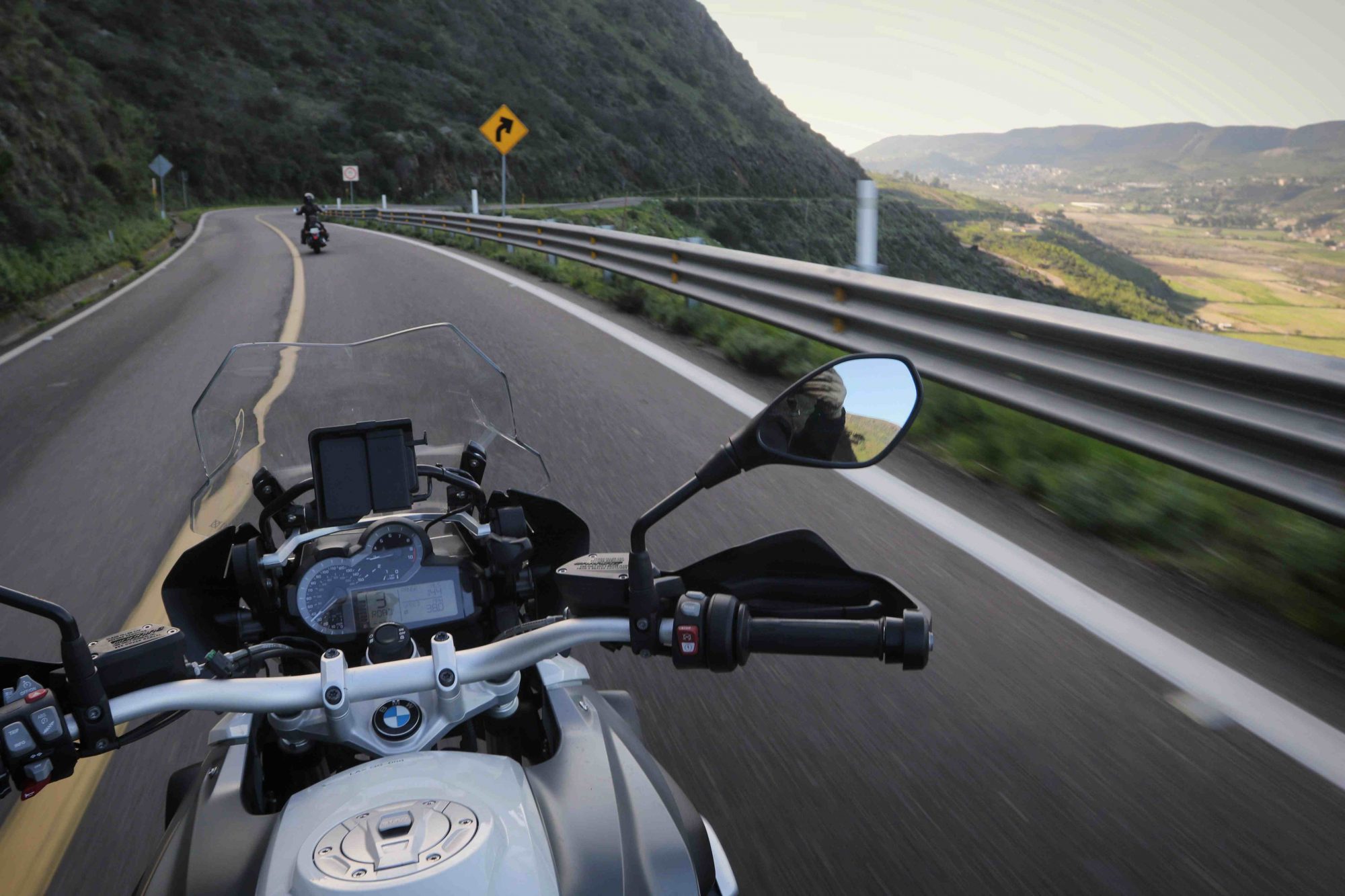 The next morning I made my way inland, riding the recently repaved Highway 3 east out of Ensenada. Unlike the dusty truck-stop towns you’ll encounter along Highway 1 between Tijuana and Cataviña, Highway 3 is littered with unsullied villages and is home to a great deal of agriculture and authenticity. For lunch, I took a dirt road that connects Highway 3 and the old Highway 1; the new highway runs along the coast and includes a toll, while the old road darts inland and is free to explore. I made my way into the mountains, climbing steadily over loose dirt and through an unexpected water-crossing to La Estancia Restaurant Bar in Santa Rosa, which is situated on an incredible piece of property overlooking the valley below. After overindulging in fresh tortillas, shrimp tacos, and guacamole, I descended the dirt road and pointed my BMW toward the Hotel Boutique Valle de Guadalupe which, unbeknownst to me, lies at the end of yet another dusty dirt road disappearing into the distance. Good thing I chose the R1200GS for my 3-day adventure! If you’re looking for a wonderful place to spend a few nights south of the border, this hotel has it all: access to wine country, horses, clean and comfortable rooms, and an onsite restaurant bar that serves up some of Baja’s finest, including regional wine selections. 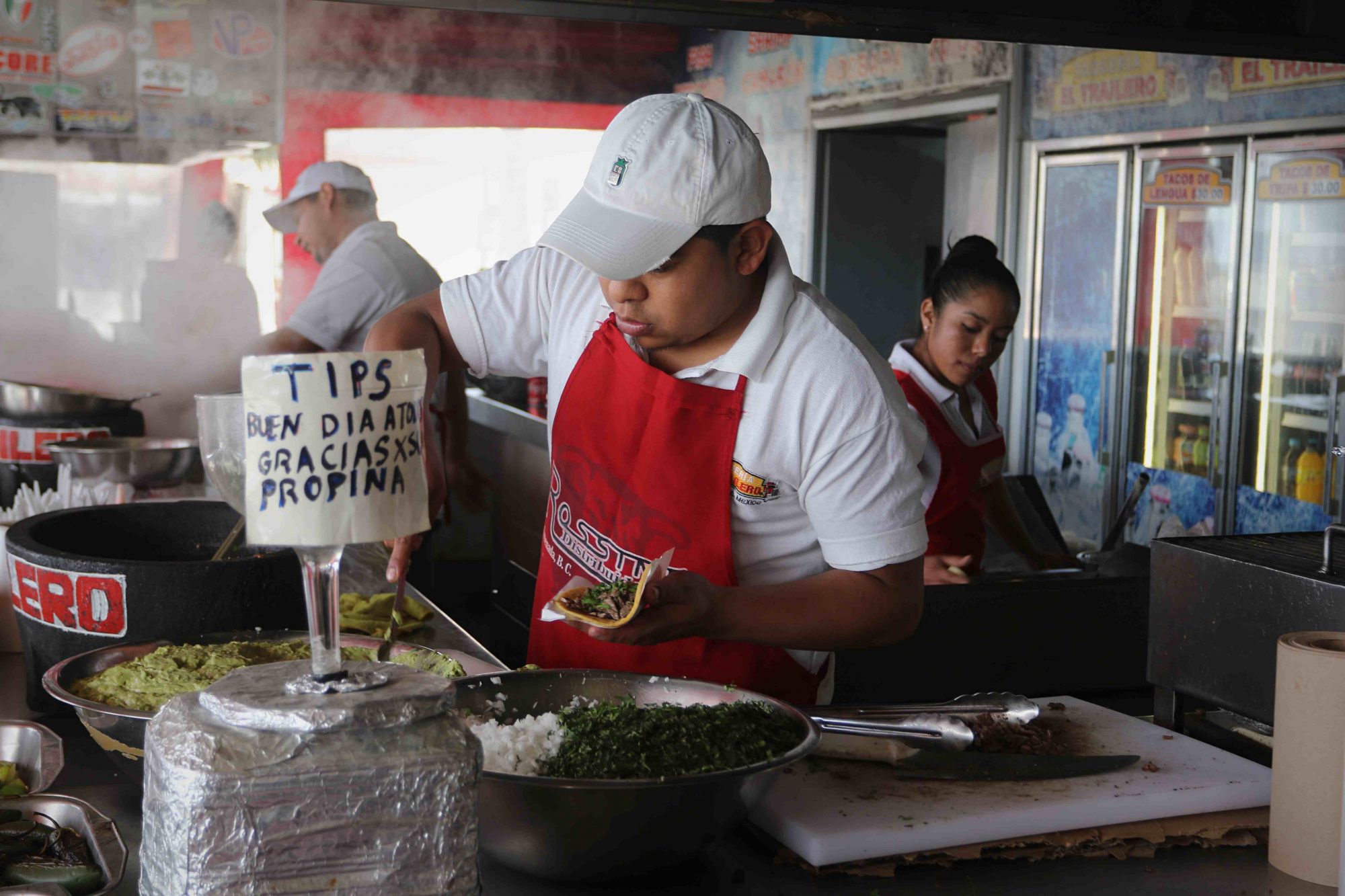 Step Three: Get Home Safe or… Stay a While?

Albeit a short adventure, my 3-day trip into Baja wouldn’t be complete without a rather spirited ride through the Valle de Guadalupe. Following Highway 3 to the northeast, I twisted my way through lush landscapes and hillsides littered with cacti and stones the size of small cars. It felt like a scene pulled from an episode of The Flintstones. My destination that day was Tecate: a Baja border town that allows the adventurous sort to get in and out of Mexico without much hassle. Its border crossing times are a fraction of what it takes in Tijuana, and on a motorcycle, you can literally skip the entire line and ride right to the border patrol booth. But before I crossed back into America, I stopped for a pineapple paleta popsicle and took a few minutes to reconcile my feelings for this amazing place. Baja is—and perhaps will continue to be—an unadulterated, misunderstood place just south of our border. Yes, it’s Mexico, and that means the infrastructure isn’t what we’re used to. Yes, corruption is present. And maybe the roads are a bit more dangerous than those in Southern California? But like my friend Davey said shortly after returning to the States: “Why do I feel more free in Mexico?” Baja is a place for those that prepare, and those that are self-reliant. It’s a place full of wonderful people. Where you can get lost in good food, wine, surf, and an unlimited amount of dirt roads and destinations known only to those that explore. So, before they build this wall, do yourself a favor a spend a few days exploring our beautiful sister to the south. 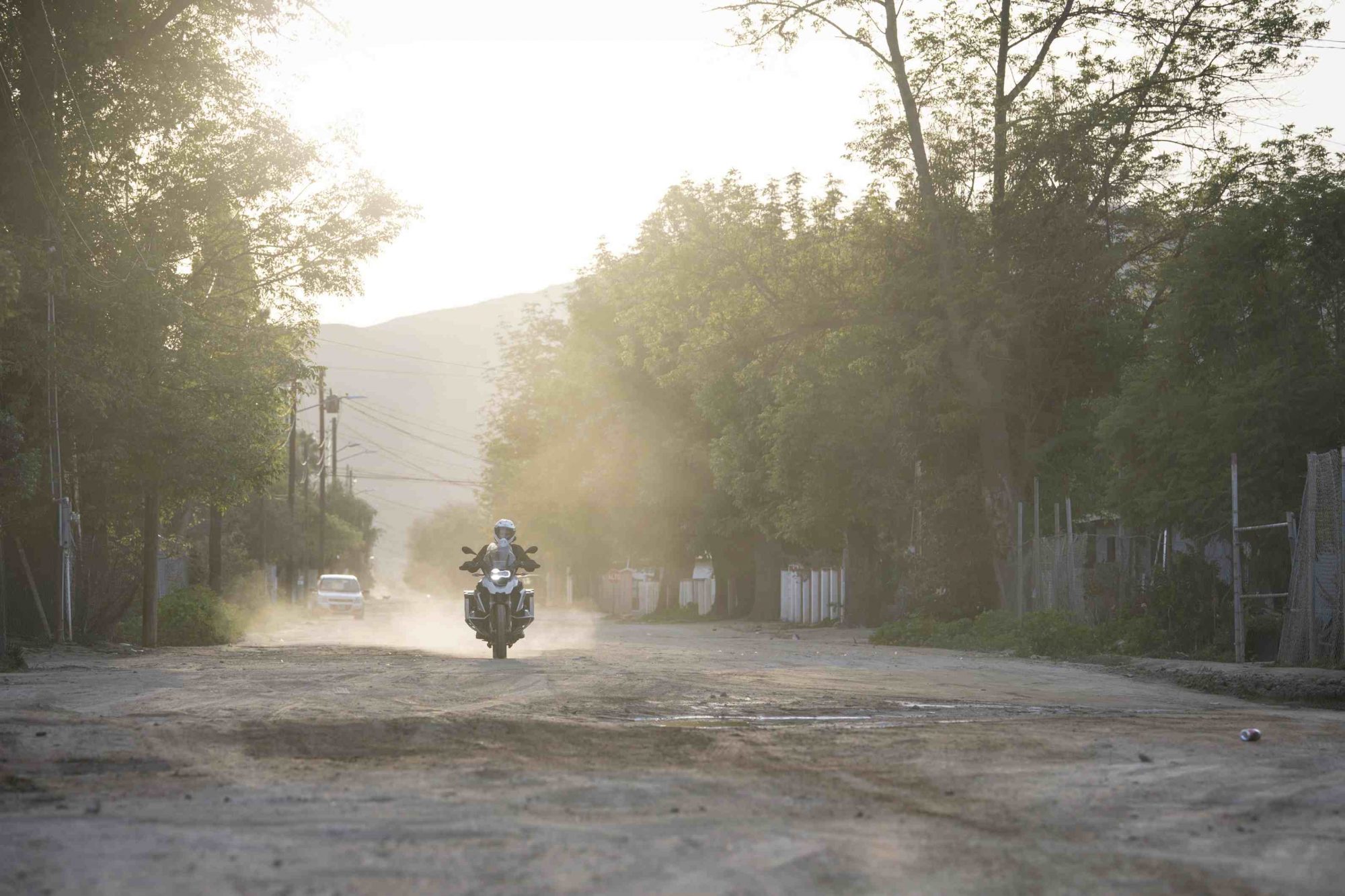 Things You Need to Know Before Riding Into Baja