OK, probably none of us at Expedition Portal can stick to ceilings or shoot webs from our palms.

However, when it comes to helping people, we do have some advantages that most of the world’s population does not.

* We are often in remote and inhospitable regions or terrain.

* We often are in a very capable vehicle.

* We often have equipment with us (winches, tools, medical kits) that can be used in an emergency situation. 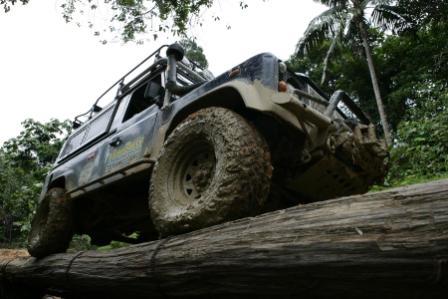 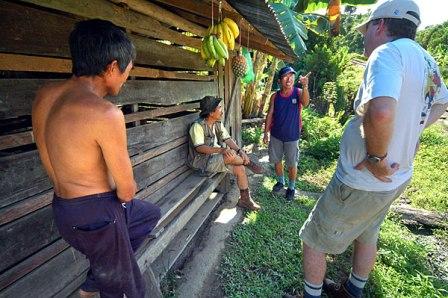 And yet many of us never think about being pro-active about these advantages.

As a pretty extreme example, when I lived in Singapore I was a member of the local Land Rover club. In 2004 a huge Tsunami hit Asia. Singapore was untouched, but our neighbors to the north were hit hard. So I called around the club to see how we could help. Within 24 hours we had 6 members’ Defenders lined up, filled to the brim with bottled water, medical supplies, tarps, food, etc. 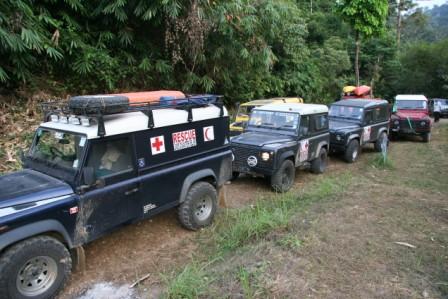 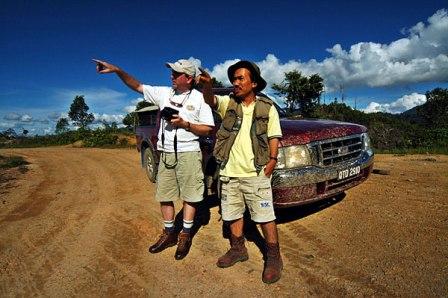 We drove for 22 hours to Krabi in Southern Thailand and spent the next few days finding small remote villages along the coastline (who were cut off from regular aid due to destruction of the roads), distributing our supplies, and reporting our findings to the authorities back in the city. We were lucky that we had two doctors in the club who came on the trip and could provide medical aid where needed, in addition to our emergency supplies. We later found out we were the first international aid to arrive in Southern Thailand.

Like I say, that is a pretty extreme example, and recent global disasters have shown that there is a thin line between being part of the solution and being part of the problem, and if you don’t have useful skills or needed supplies to contribute, it’s often best to just stay out of the way of the trained professionals.

But another recent example is not so extreme, and in fact hits pretty close to home:

This weekend three of our Expedition Portal members were doing some product testing for Overland Journal, in the remote hills and trails of Northern Arizona.

As Scott recounted in his thread on the Alternative Fuel Adventure, “while riding, Brian and Austin were stopped by a man, frantic on the side of the road. He yelled out “are either of you EMTs”? Austin responded yes, and pulled out the medical kit and began running down the wash in the direction of the victim. Brian and I then drove/rode down the wash and found an 84 year old gentleman that had been lost since Monday night. We provided interim medical care until the Sheriffs helicopter came and then the rescue helicopter”. 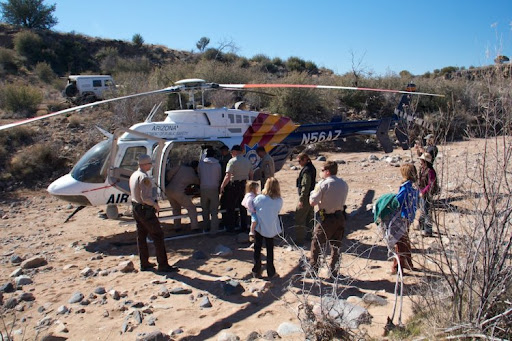 Luckily Austin has had medical training and the team was prepared with the required gear on hand to give assistance. Well done gents.

As much as we wish against it, this is a situation that many of us may face at some point – being in a remote area and having someone (either a stranger or a member of our team) needing medical or other assistance, and we may be the best/only assistance available. It could be a person having a heart attack, a car that has gone off the road in a remote area and is stuck in extreme hot or cold temperatures, a child who has been bitten or stung, or any of millions of other scenarios. The question then is, do we have the training and/or know how we need in such a situation? In Austin’s case thankfully the answer was yes.

So as we continue to plan our adventures and spend money on cool gear for our vehicles, lets perhaps plan to do a bit of training too, and maybe even invest in a serious medical kit once we know how to use it.

Getting training doesn’t need to cost a lot of money. Recently I joined my local volunteer fire department. Not just because it feels good knowing that I can help my neighbors if need be, but also because it forces me to get the training I feel I should probably be taking anyways. Left to my own resources I would be likely to put off many courses, as they would clash with family time, cost a lot of money, or be outside my comfort zone. But in the FD, the chief takes those decisions off my hands. When he says “Ray, you will be traveling to Kelowna in August for live-fire and building-extraction training” he doesn’t phrase it as a question. And even though it scared the daylights out of me I found myself spending a few days crawling through burning shipping containers dragging one of my buddies behind me, muttering under my breath, “Stay low Ray, manage your air, where did the *&^%$# door go?” 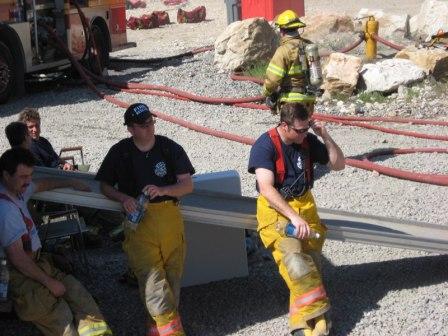 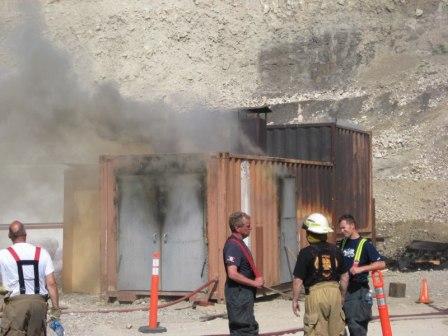 Going for First Responders level 1 medical training is also not as easy as the weekend first-aid course at the Y. And if I was training myself chances are I might not get much further than the basic course, but being trained by someone else actually makes everything a lot easier. Supplementary (optional) training is also available, and much of it is directly relevant to an overlander (Avalanche rescues and rigging-techniques-for-rescues-on-slopes are two good examples).

Some of the skills that would be useful to an overlander are not available through the local FD. But they ARE available via many companies who advertise right here on Expedition Portal. Safe-recovery techniques, tire-repair skills, how to build an improvised bridge, recognizing tracks, how to know what plants or bugs in the jungle are dangerous, all of these valuable skills are available for our learning. 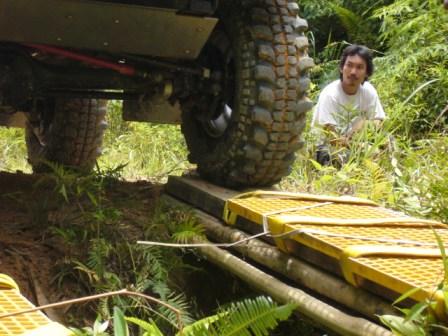 I could go on, but I am sure everyone gets the point.

At some time we may be put into a position where we can save someone’s life. Since none of us knows when that will happen, the questions become, “are you as prepared TODAY as you can be? And if not, what can you do about it?”

As the Green Goblin would say: “Think fast Spiderman!”

Expedition Portal’s Marketing and PR Director, Ray Hyland, has led expeditions across Malaysia, Borneo and East Timor, completed the 2005 Rain Forest Challenge, and is a member of the Sunshine Valley Volunteer Fire Department. 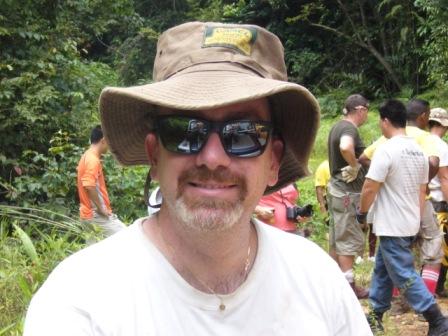