From 1957 until 1979 a steady stream of people travelled from Europe to the East. They were a mixed bag seeking a change of lifestyle and a little adventure, including students, artists, Vietnam Vets, and hippies. The road from Europe to India and beyond was called “The Overland” or “The Overland Route.” 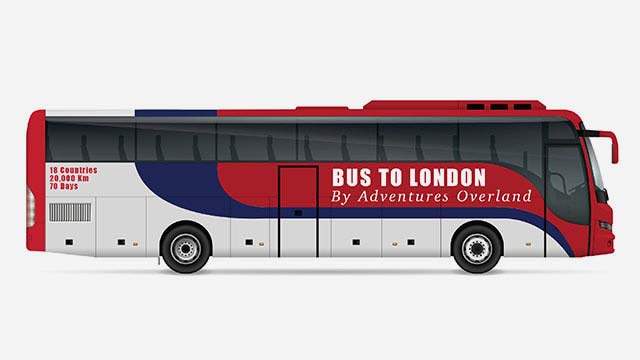 With starting points in London, Amsterdam, Athens, and Istanbul two routes branched out: one via Iran, Afghanistan, Pakistan, and into India; and a second through Syria, Jordan, Iraq, Iran, and southern Pakistan. The journey was undertaken in all manner of vehicles, such as ex-military trucks, Land Rovers, buses, sedans, and VW buses. There was some sage advice for the VW crowd.

“The highway [into Tehran] is fairly narrow and with the shoulder a 4-foot drop and you doing upwards of 90 kilometres/hour, if you go off for any reason you will surely be injured. V.W. buses beware! Your center of gravity is very high, so carry your load lower and don’t make any high-speed sharp turns or swerves.” (Head East!, a 1973 travel guide)

With the 1979 Soviet invasion of Afghanistan and the revolution in Iran, The Overland Route was suddenly blocked, and journeys to the East via land ceased. Travel was now via plane but flying changed the mindset; flying was all about the destination while driving was all about the journey. That is, until now. 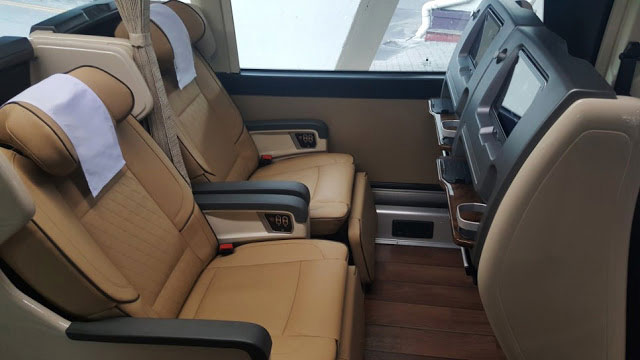 Adventures Overland, https://bustolondon.in/ an Indian company, has announced an 18-country, 70-day luxury bus trip from London/New Delhi/London. You can sign up for the whole trip in either direction or any of the four segments.

Europe: With stays in Brussels, Frankfurt, Prague, Warsaw, and Vilnius; then on to Moscow.

Central Asia: In Russia, visit Moscow before moving southeast to Volgograd (Stalingrad), the site of the almost six-month siege by the Germans in WWII, and Astrakhan on the mouth of the Volga River at the Caspian Sea.

Kazakhstan is next with wild horses for company, across the Kazakh Steppes. Here, it’s homestays for a couple of nights. In Uzbekistan, you will travel through Khiva and Bukhara, UNESCO sites. “Uzbekistan is definitely the friendliest country on this route and the people are warm, welcoming, helpful, and the food is exotic,” said Tarik Agarwal owner of Adventures Overland. Next are Kyrgyzstan and Samarkand, a UNESCO site on the Silk Road. To get to China, you cross mountainous Kyrgyzstan and the 12,000-foot Pamir Glacier.

China: You will drive through the Gobi Desert to Dunhuang and the Great Wall of China before continuing towards Chengdu to see the giant pandas.

Southeast Asia: In Laos, the drive takes you through rubber plantations before crossing the Mekong River Bridge to enter Thailand and heading to Bangkok. From there you drive north to see the pagodas of Myanmar entering India via the 73 iron bridges built during WWII.

The luxury bus seats 20 people in a business-class-type setting, and the trip includes food and accommodation as well as the required visas. The individual legs of the journey cost between $4,000 – $5,000 and the whole trip is $20,500. 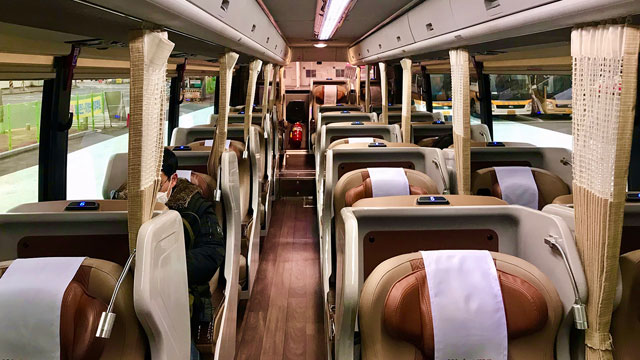