When the new Range Rover Velar was revealed at the Design Museum in London, not many people took note of the name, so it might surprise you to learn that it carries weight in the company’s history. The term was derived from the Latin word velaris, meaning to veil, and in 1969 was used to keep people from guessing that the 26 prototype four-wheel drives roaming around the countryside were actually Land Rover’s newest model, the Range Rover. It was a clever trick to be sure, but when Velar appeared on a production car nearly 50 years later, I was left wondering if Land Rover was simply tipping its hat to the brand’s iconic design heritage, or if they were trying to veil something of a different nature. Perhaps that beneath its Range Rover sheet metal, the sedan-based Velar was more form than function? I hoped not, but there was only one way to find out, so we headed to Palm Springs to determine if this new Landy was worthy of the green oval. 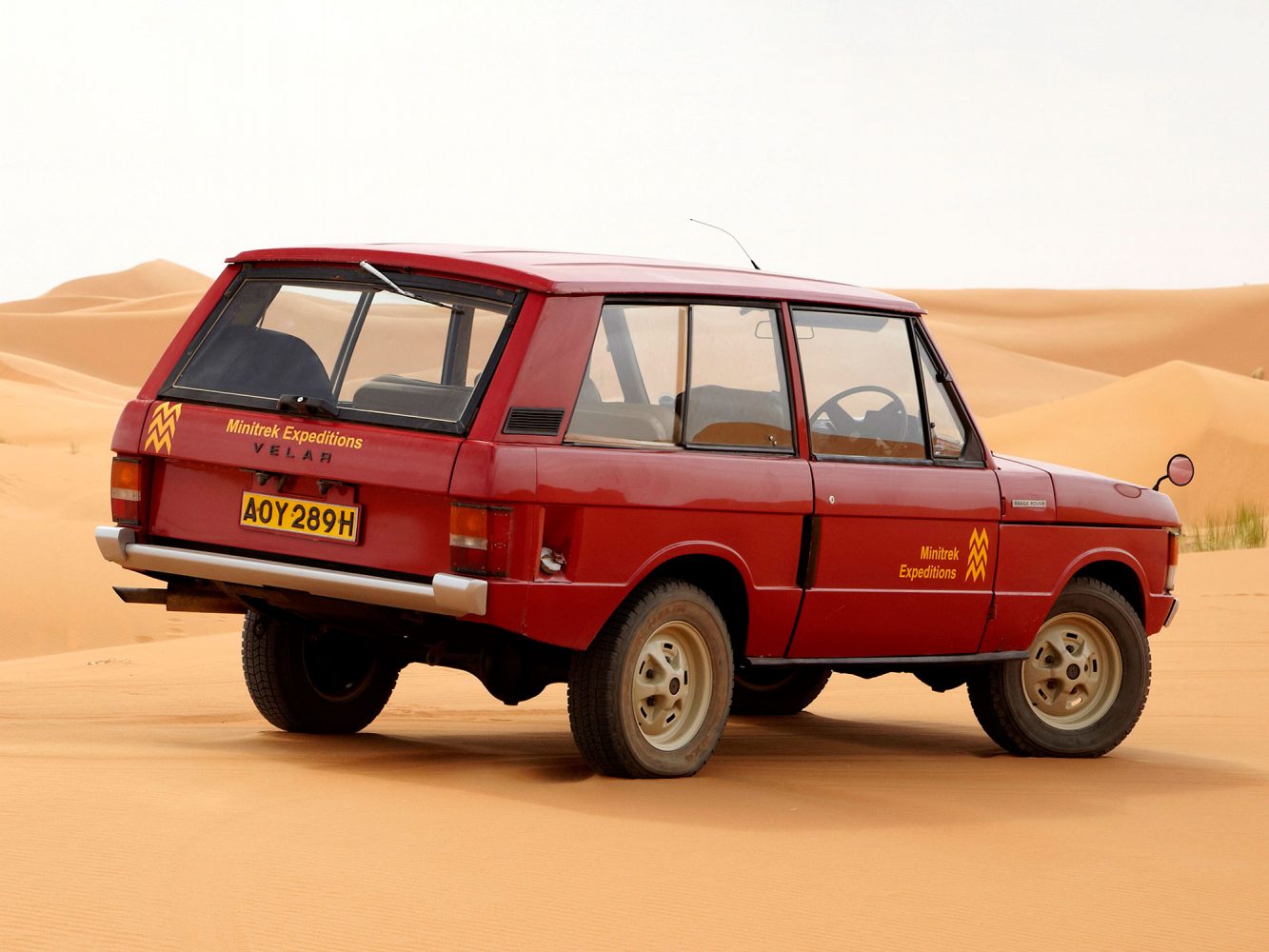 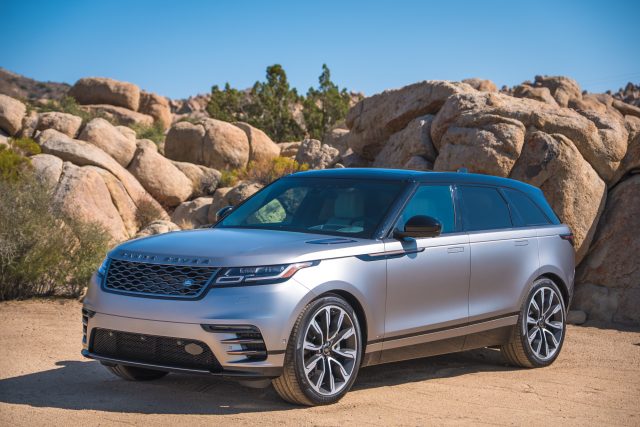 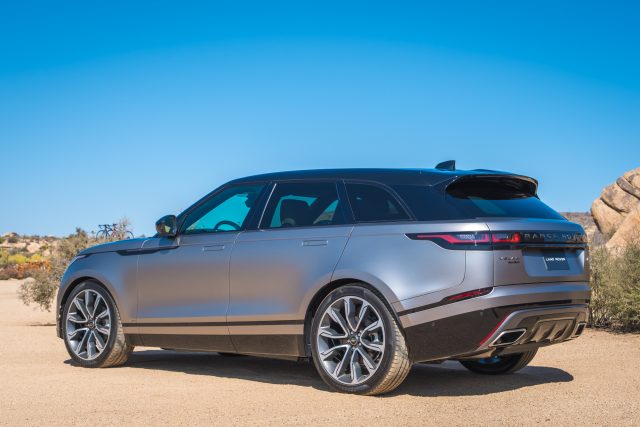 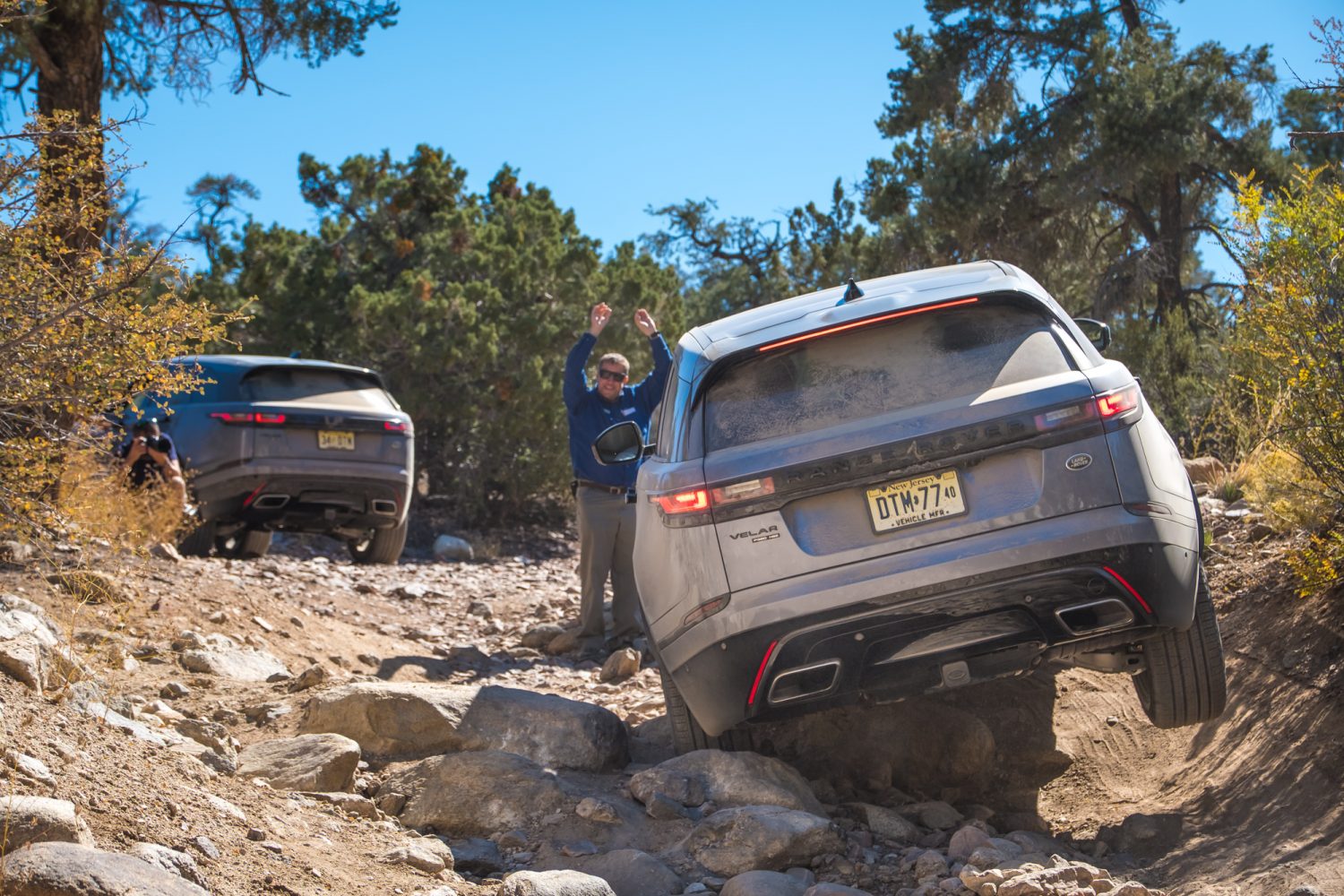 From the moment I saw the Velar sitting out front of the L’Horizon Hotel, it was clear that Land Rover had done more than just tip their hat to the innovation which resulted in the original Range Rover’s design, they had built a monument to it. The Velar’s sleek lines, sloped profile, and subtle curves make it quite possibly the most beautiful Range Rover to date, but its elegance is defined as much by the elements you don’t see as the ones you do. The entire vehicle is an exercise in reductionism, from the handles which recede into the doors when not in use, to the elimination of excess switches and knobs through the Touch Pro Duo Infotainment system. The Velar achieves beauty through simplicity, and to call it a work of art wouldn’t be an exaggeration. 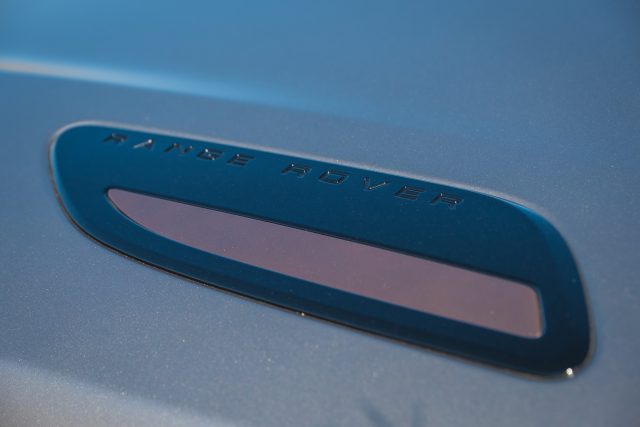 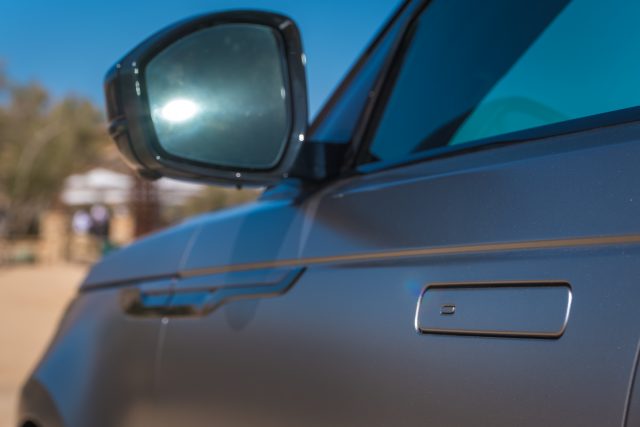 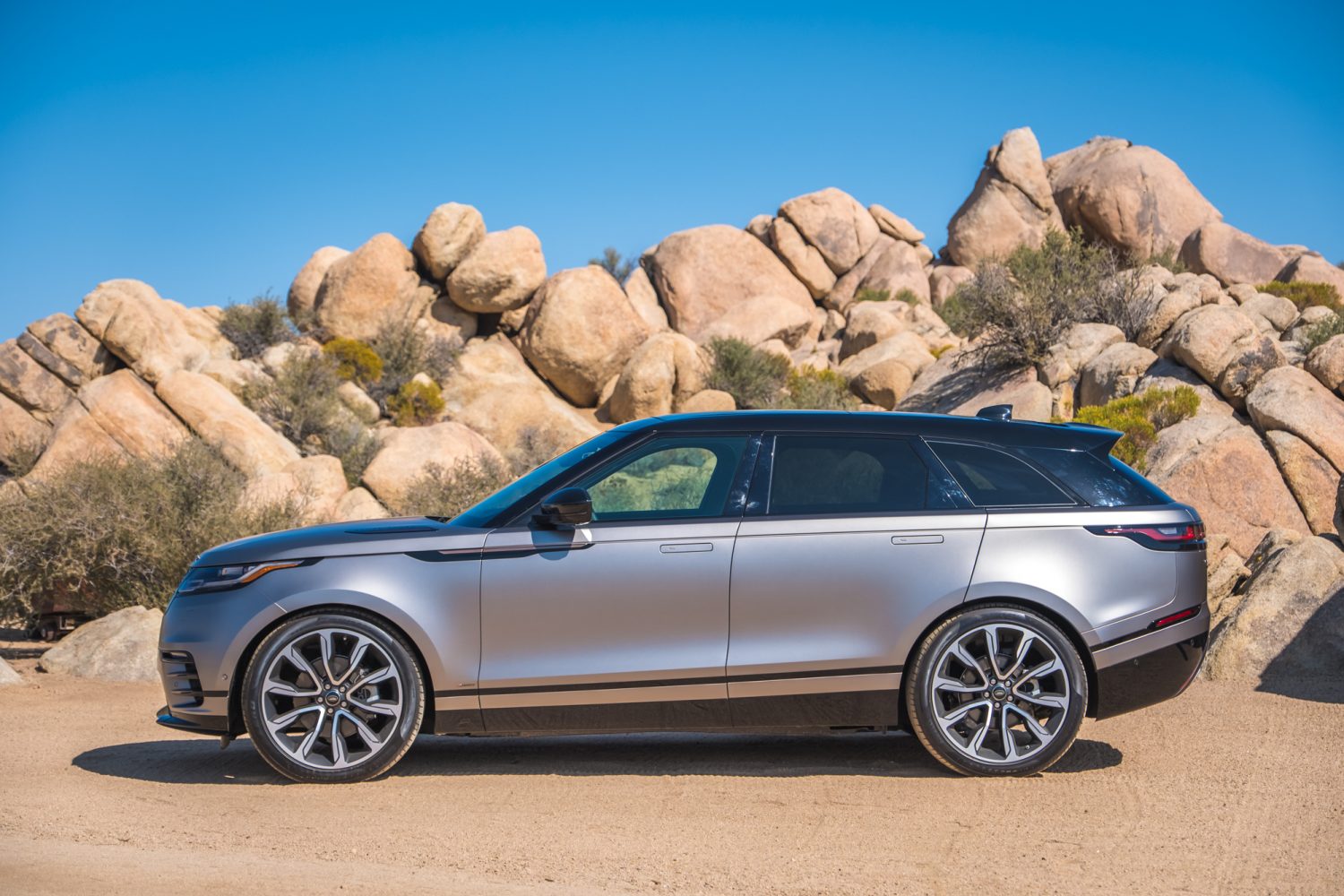 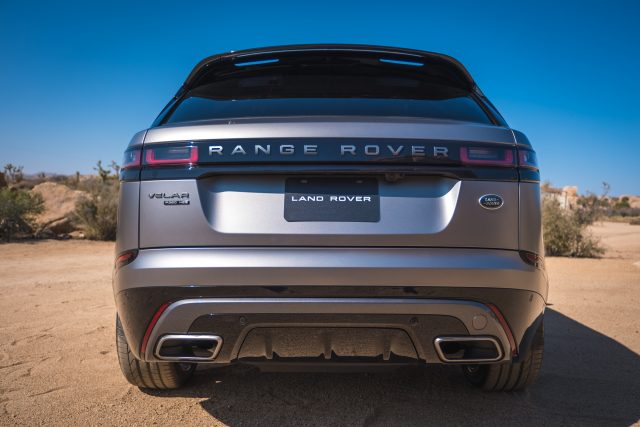 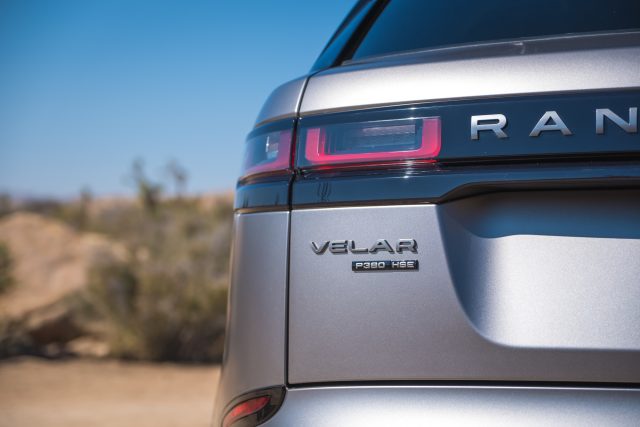 Of course, like the original Range Rover, the Velar is also about comfort, which you’ll find in abundance. The interior comes in an array of fabrics and colors to suit your tastes, and each brings something a little different to the table. There’s even an entirely new option called Kvadrat, a high quality textile with the natural characteristics of wool, but the soft touch of a premium cloth. (Shown below)

The seats are supportive and comfortable making them perfect for long drives, yet thanks to their 20-way adjustment system, also sporty enough to cradle you on hard corners and twisty roads. They also have optional cooling and heating functions which are to be expected in this day and age, but the massage setting was downright opulent, and one of my favorite features by the end of our drive. 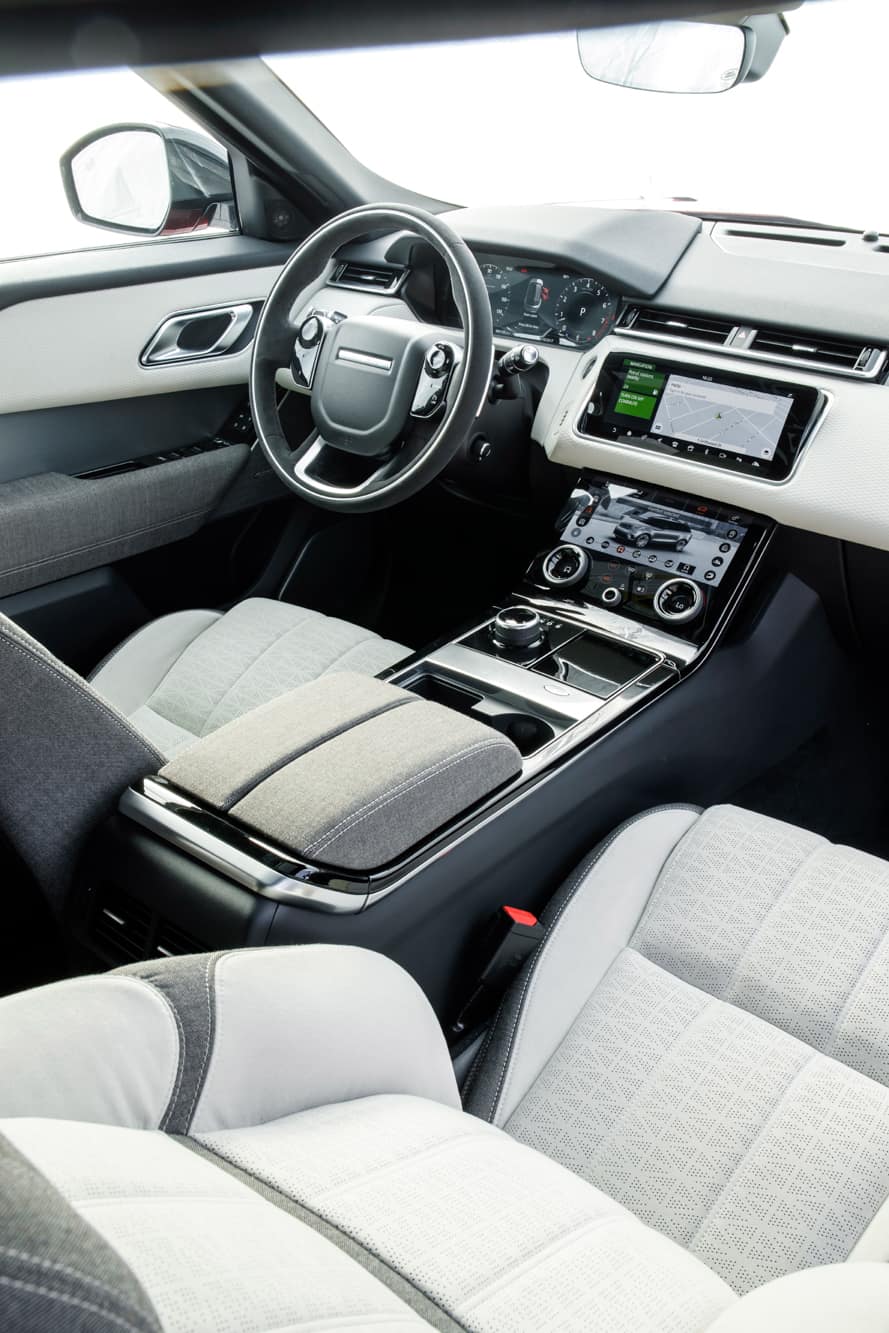 At the center of the Velar’s modern interior is the new Touch Pro Duo infotainment system. This cool piece of technology utilizes two touch screens containing a wide range of functions to control everything from the radio and climate controls to suspension settings and the Terrain Response system. Navigating to the main menus is fairly intuitive, but diving deeper to make further adjustments to things like the audio settings can take time.

My only real complaint with this system was that the screens are constantly marred by greasy fingerprints. This happens to every touchscreen, but due to the vehicle’s complete reliance on the infotainment system for nearly every vehicle function, it becomes inundated with smudges at a maddening rate. If I owned a Velar, I would almost certainly carry screen cleaners with me at all times. 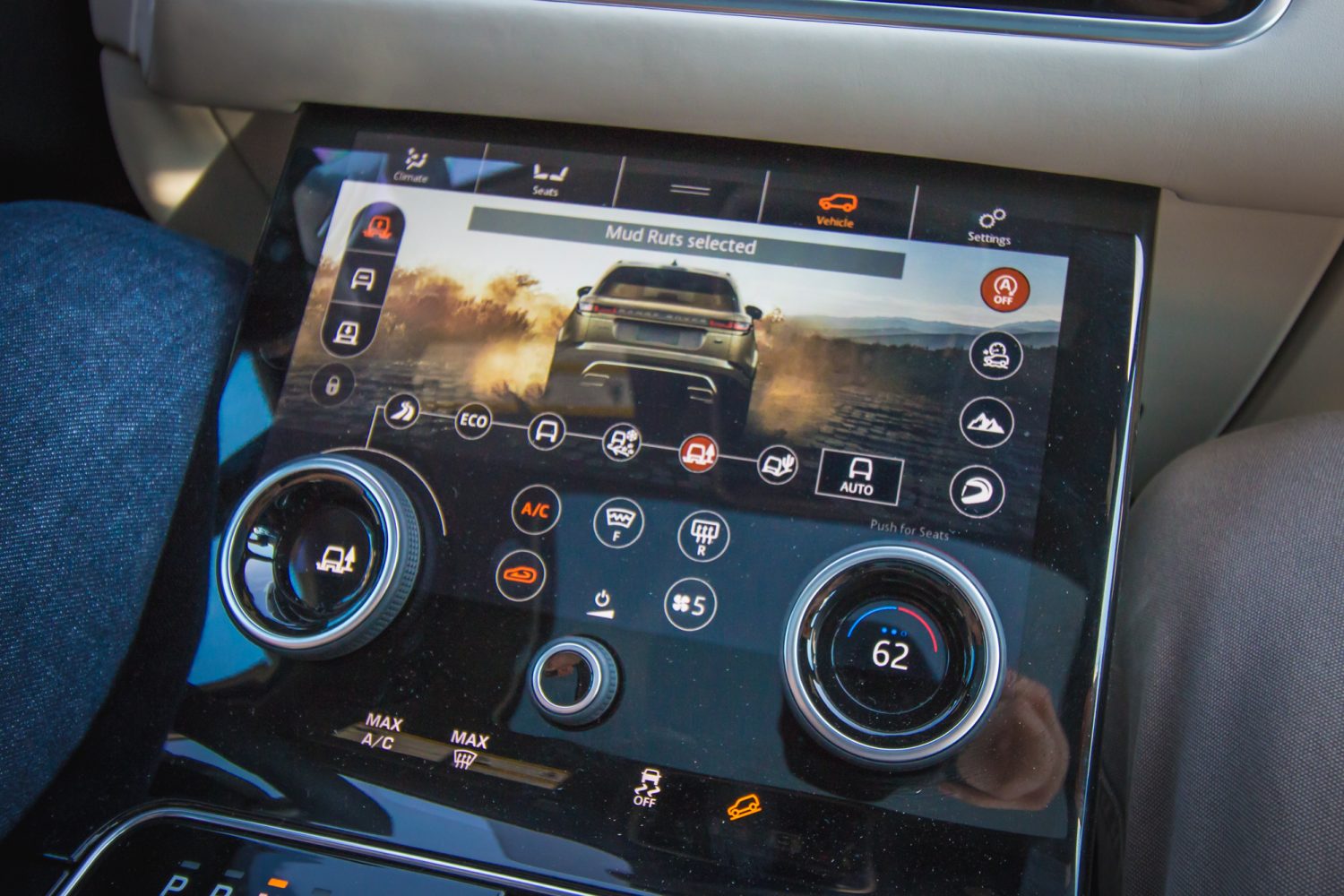 On pavement the Velar is a dream. It handles rough roads and pot holes with comfort and composure like a Range Rover should, yet switch the vehicle to Dynamic mode and you’ll find yourself carving around mountain curves like a much smaller and more nimble sedan. Power is excellent from the 3.0L 380 horsepower Supercharged V6, but I found the 180 horsepower 2.0L turbocharged diesel, and 247 horsepower 2.0L turbocharged gas motor, to be somewhat lethargic on the roads surrounding Idyllwild, California. This is to be expected at high elevations of course, but I would have liked a little more pep from these two given that they can be equipped in vehicles fetching $75,000. Even so, they are more than adequate when compared to the four-wheel drives we are used to driving, and their handling in the bends will certainly plaster a smile on your face. 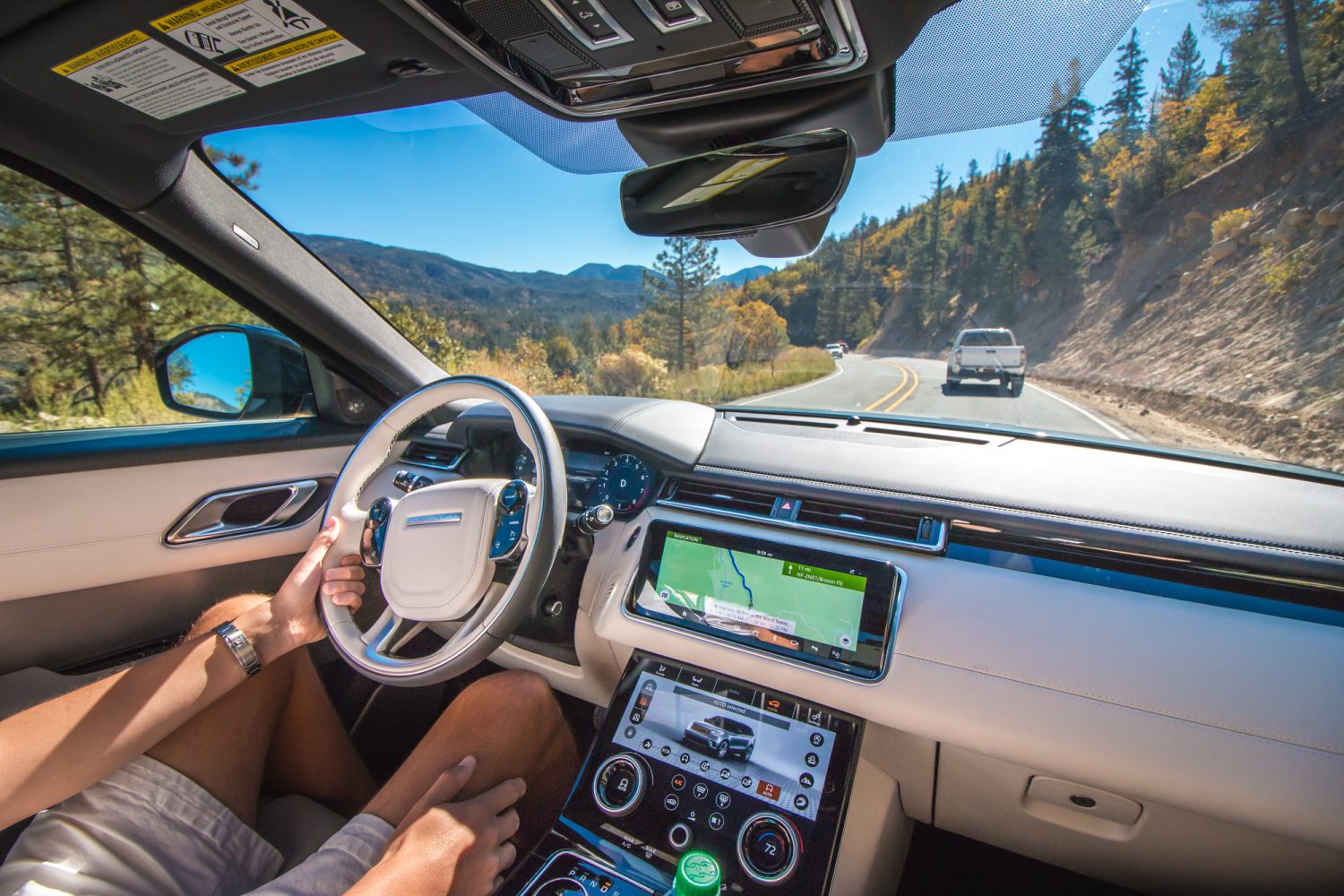 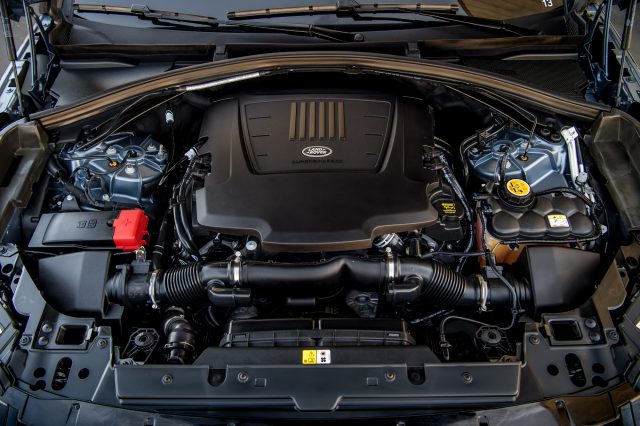 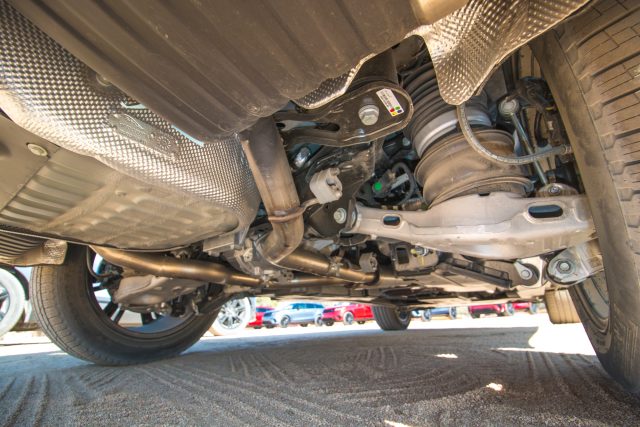 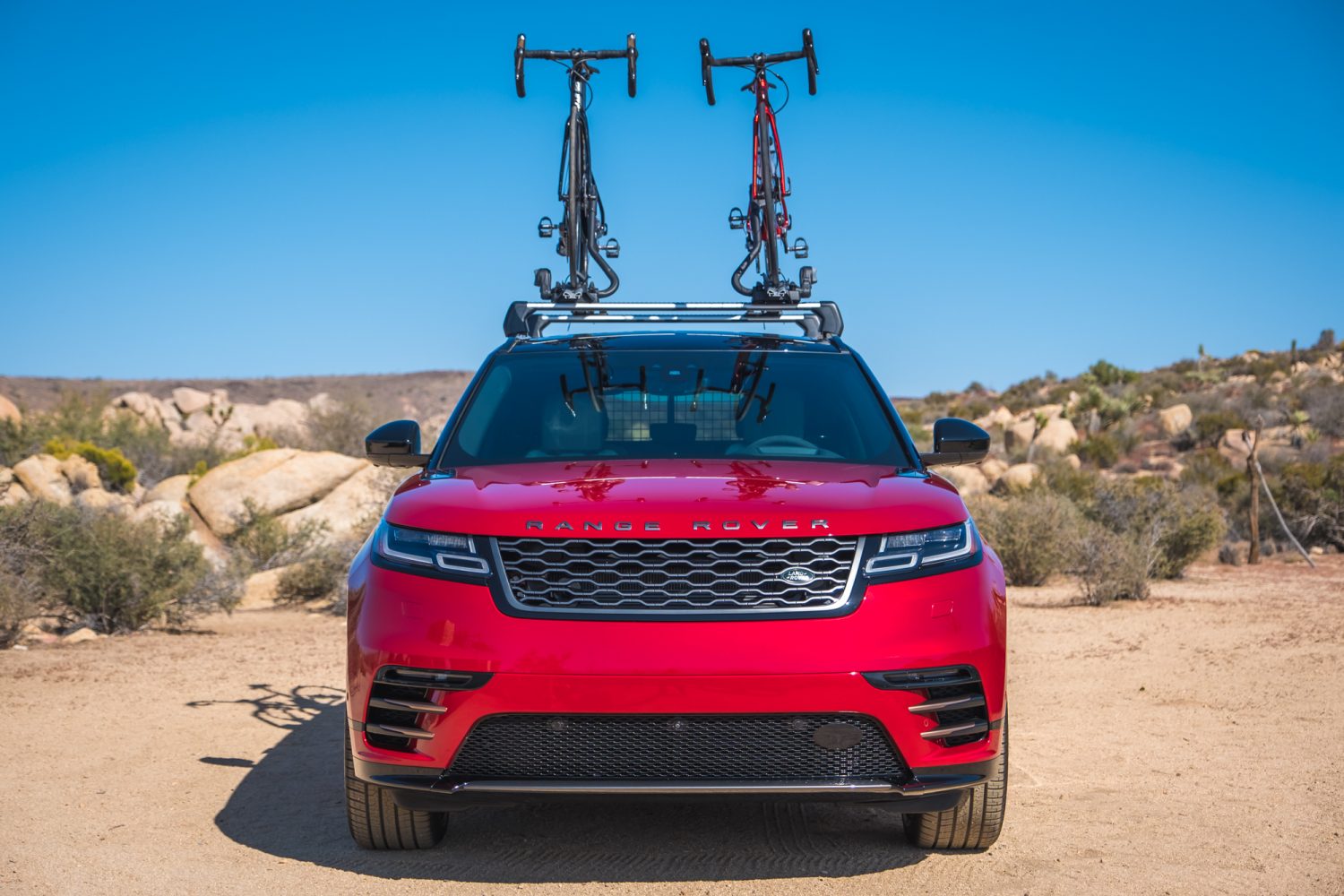 It’s no secret that Land Rover has mastered the art of building “off-road” courses. These well-groomed tracks are designed to match their vehicles’ strengths perfectly, and often give the drivers an unrealistic view of the vehicle’s true capability. It’s a genius marketing tool, and one I thought would surely be used during this launch. You can imagine my surprise then when Land Rover threw me they keys to a supercharged Velar, and pointed us toward a trail leading into the desert. 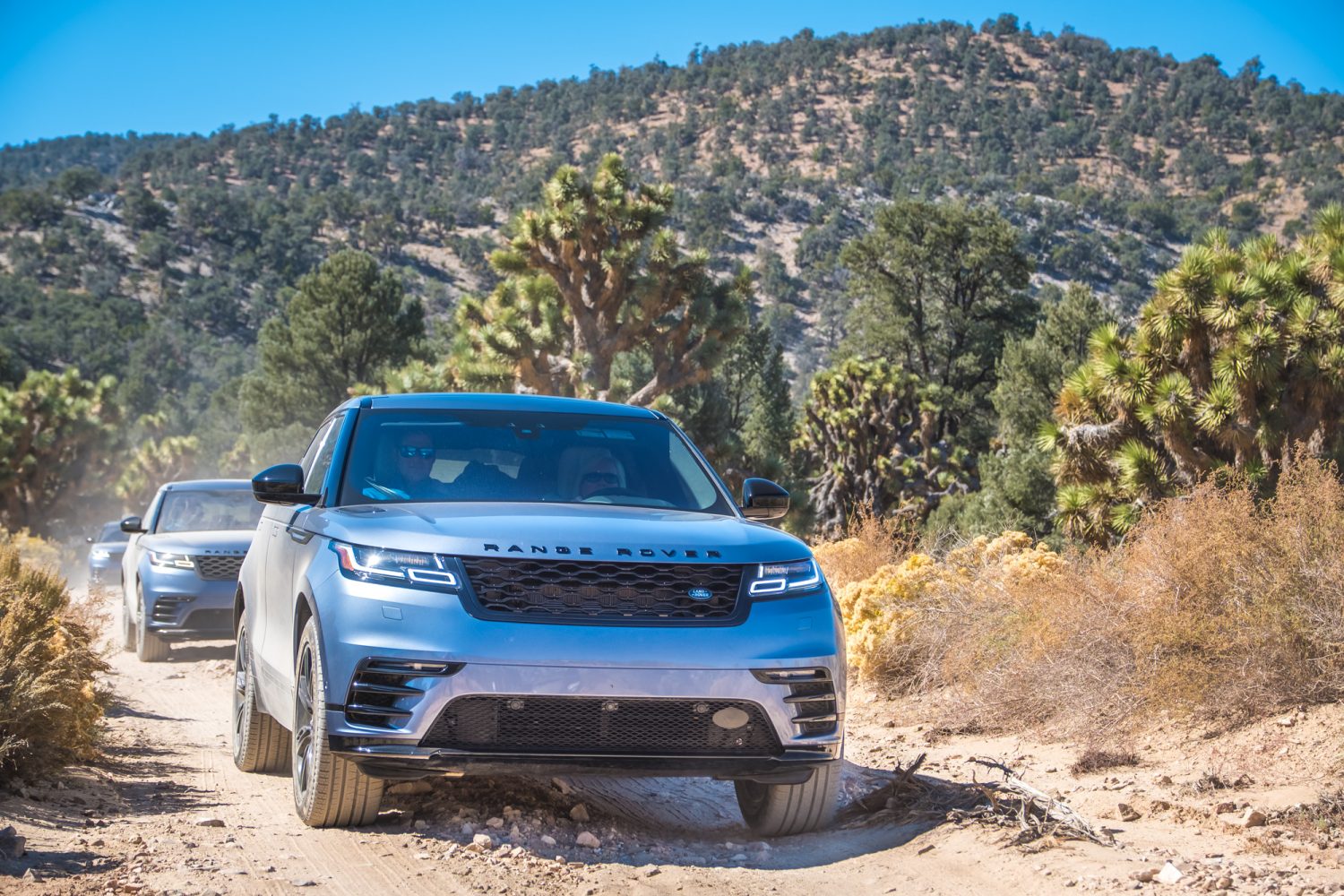 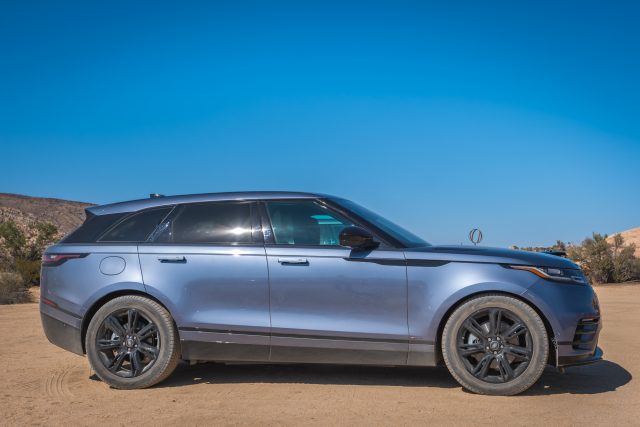 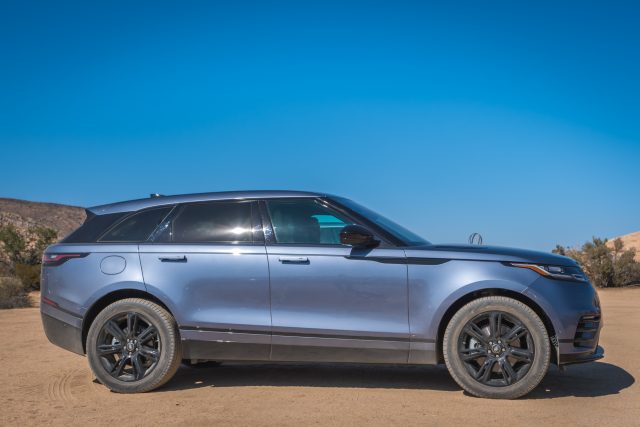 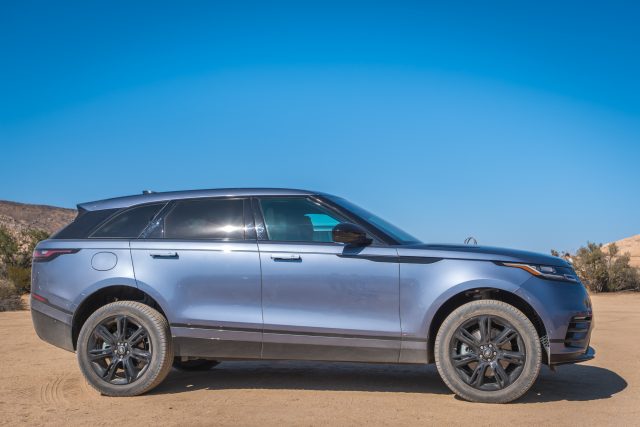 The Velar showcases its three ride heights on air suspension.

It didn’t take me long to figure out that the Velar’s off-road prowess was better than I had expected. As an all-wheel drive SUV designed around aesthetics and comfort, I had guessed its performance on dirt would be marginal at best, but Land Rover’s engineers are a crafty bunch, and they managed to make it genuinely capable on the trail. With the optional air suspension the Velar boasts a respectable 9.9 inches of ground clearance, and a wading depth of 25.6 inches. Its approach, departure, and breakover angles are less impressive at 24.3, 26.5, and 20.1 degrees respectively, but they were enough to keep us out of trouble on the rocks and ditches. 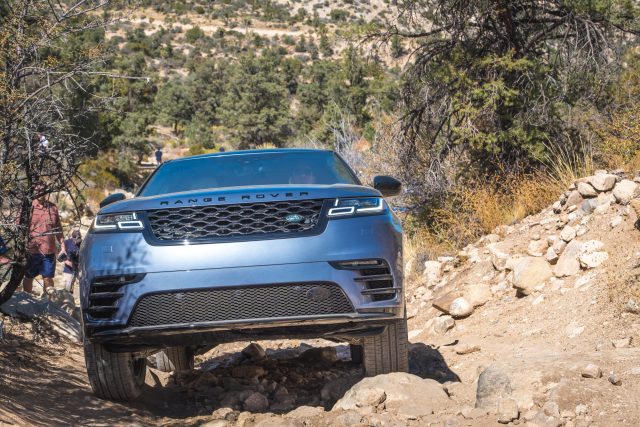 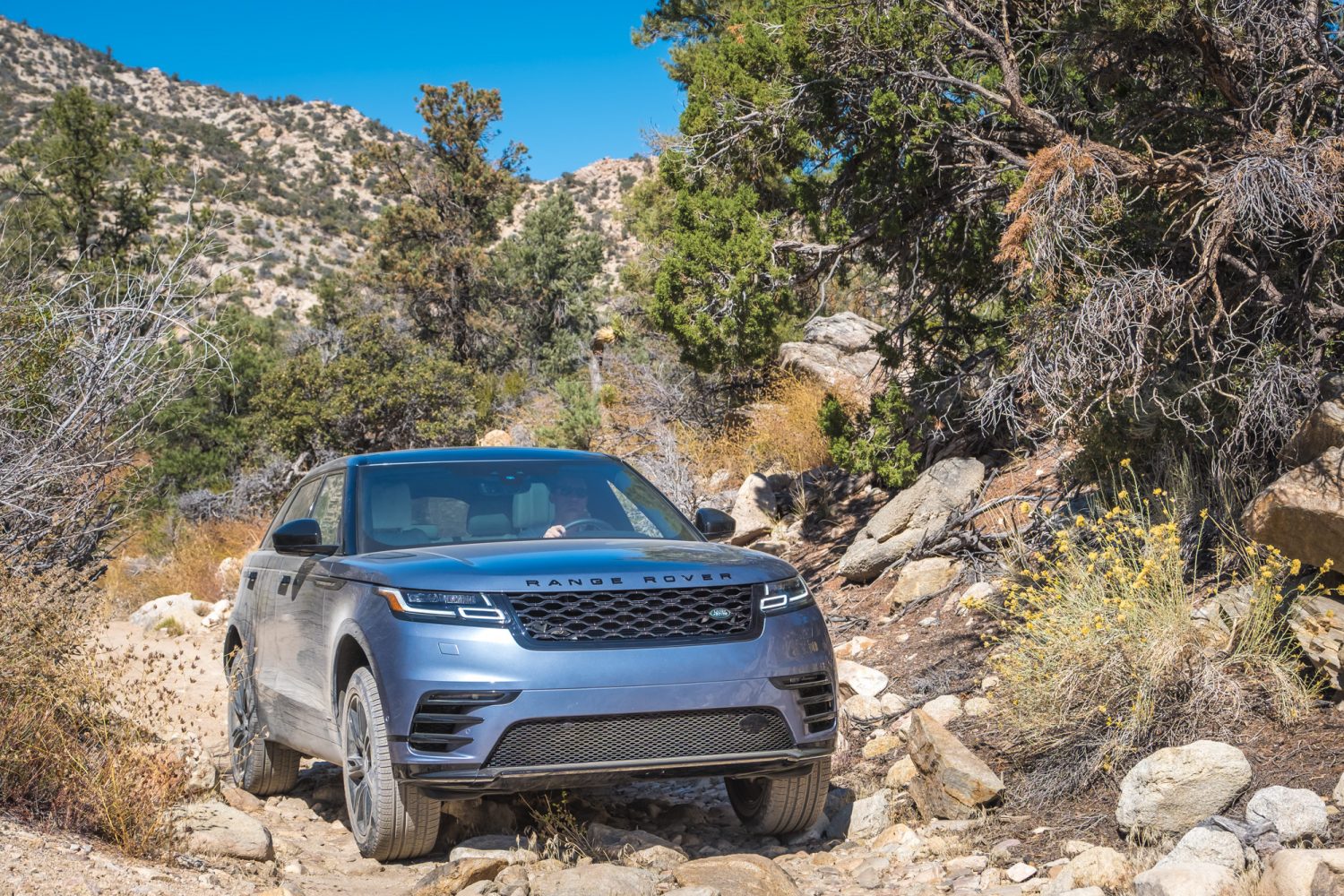 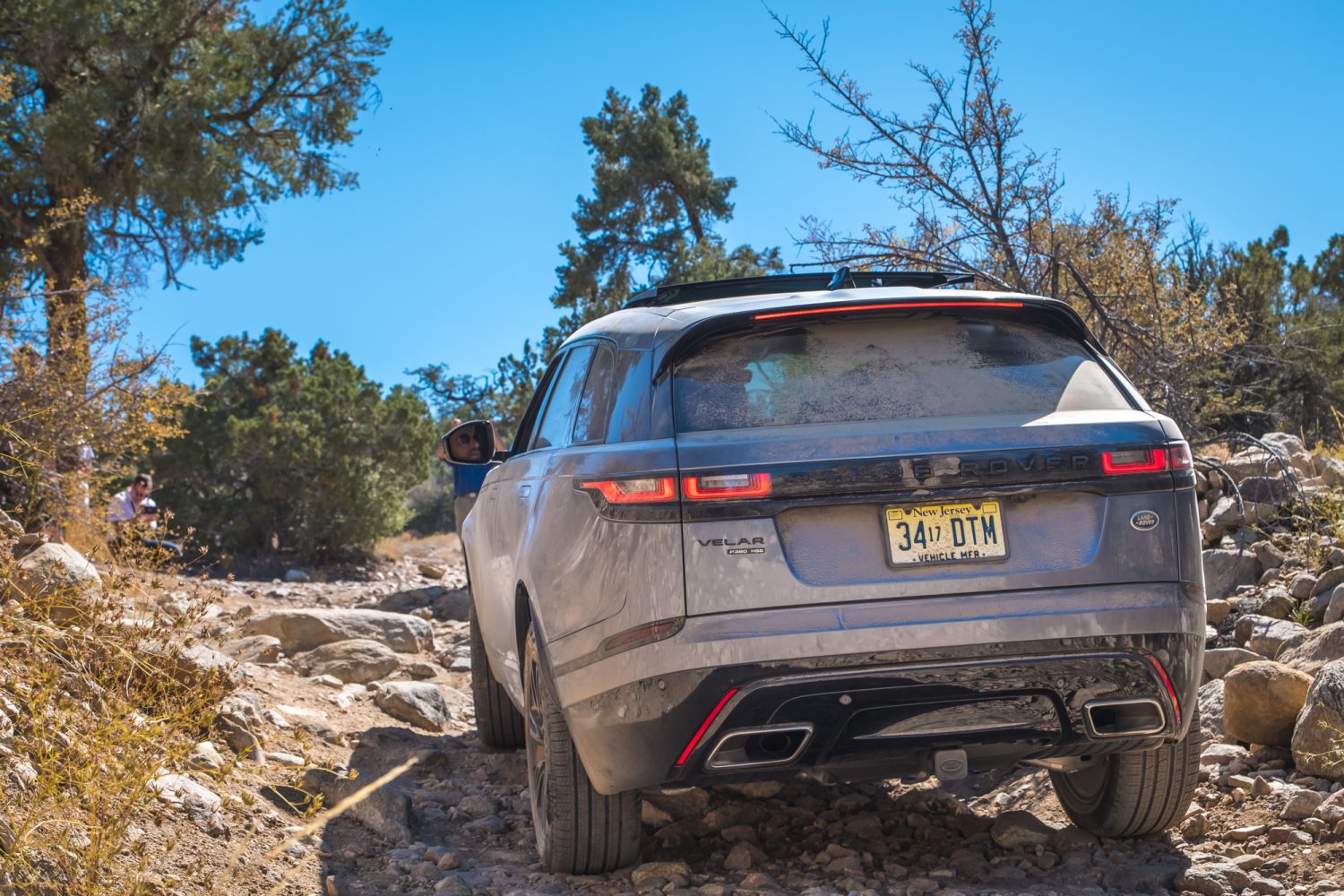 On the forest roads and sandy tracks scattered around Palm Springs, the vehicle truly came alive. Its air suspension absorbed every bump and rut with a silky ease, and the supercharged V6 begged to be opened up on the straights. Along the slower sections of trail we engaged the Terrain Response 2 and All Terrain Progress Control (ATPC), instructing the vehicle to maintain our designated pace and automatically select the proper traction control settings. Truthfully, these automatic systems always make me feel a little uneasy, but unlike the hill descent control I came to know in my ’06 Range Rover Sport, the ATPC and Terrain Response 2 systems in the Velar are smooth, quiet, and utterly indistinguishable from normal driving to passengers. I wouldn’t recommend using them on obstacles that require a great level of care and finesse, but under moderate conditions they can help even a complete novice navigate a trail like a professional. 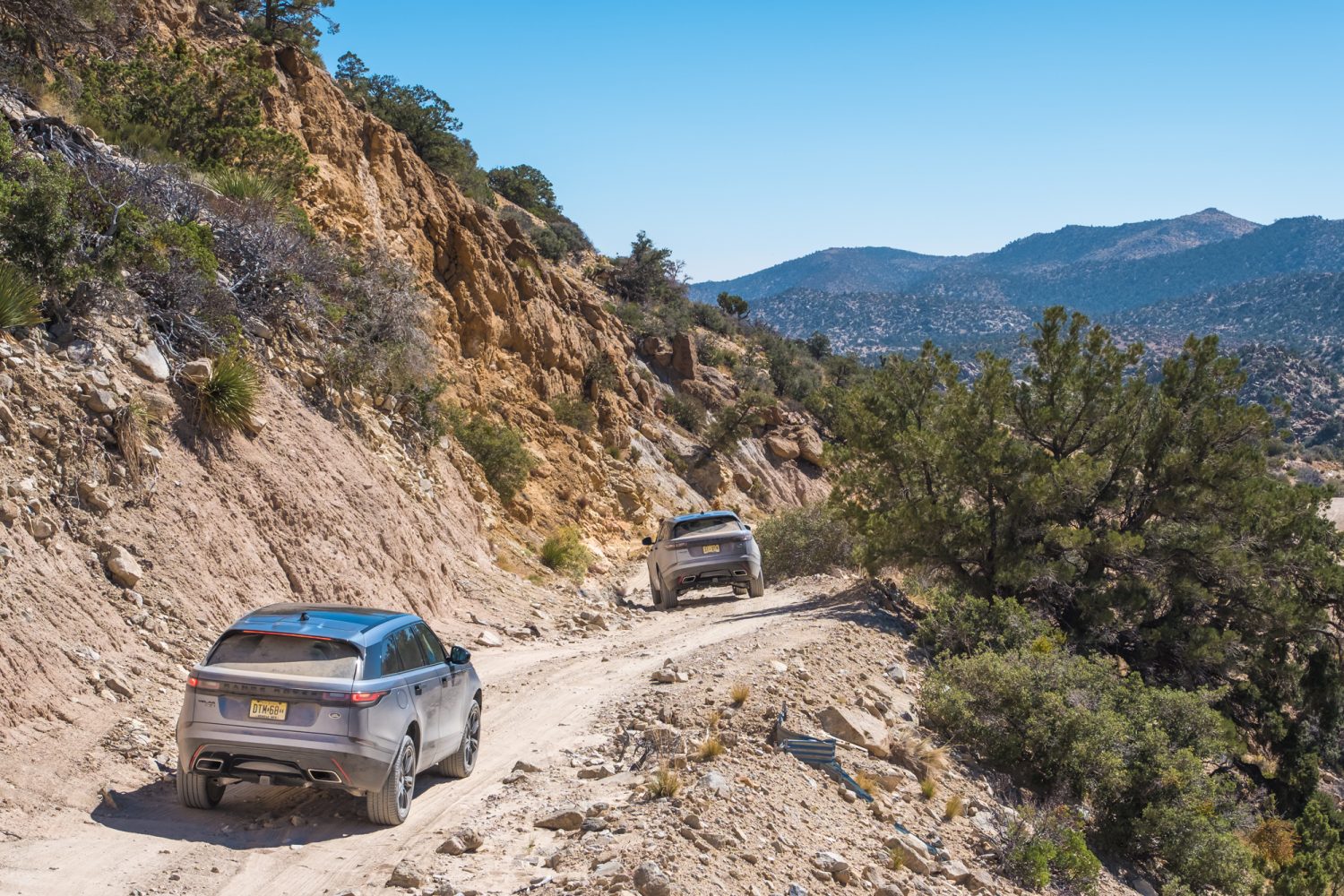 My biggest concern for the Velar was in technical terrain. Without a low range gearbox or significant wheel travel, it should theoretically struggle in these conditions, but it did not. Land Rover’s Terrain Response system combined with the automatic rear locking differential and torque on demand AWD made quick work of the ledges and cross-axle obstacles, and the 8-speed automatic transmission proved to be adequate for the task. Trail visibility was shockingly good for the vehicle’s sloped lines, and I found I was able to navigate some fairly tight spots with relative ease. While it certainly won’t be conquering the Rubicon, it can hold its own on the trail. Just be sure to watch those low profile tires on the rocks! 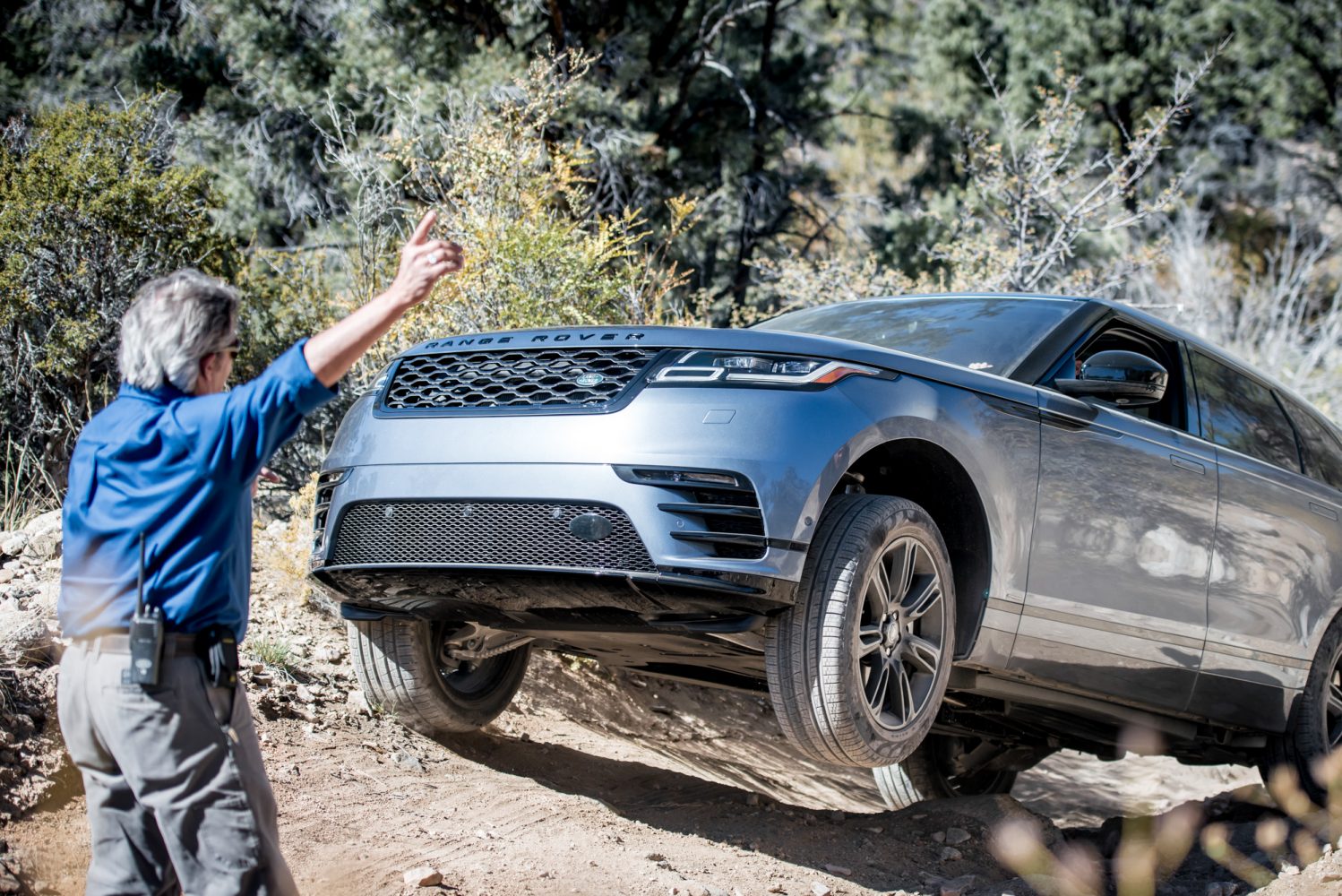 Unfortunately, the Velar’s capabilities still fall short of those found in the Discovery, while it’s price tag does not. Add in the fact that our off-road evaluations were done in the most capable Velars, supercharged R-Dyanmics encroaching on full-size Range Rover prices, and it becomes a hard sell for overlanders. Even so, we think Land Rover did an excellent job with the Velar. It pays homage to the original Range Rover by pushing the boundaries of what is possible in vehicle design, while still retaining its core ability to traverse rough terrain.

If you’re looking for a fuel-efficient daily driver with bond car looks and mild off-road capability, the Velar is a perfect choice. If however, you plan to run more difficult trails, want a true low range four-wheel drive, or need a higher weight capacity and space for gear, we’d recommend sticking with the Discovery.

Pricing on the new Range Rover Velar starts at $49,900 and reaches nearly $100,000 in the First Edition package. For more information, check out the Land Rover website here. 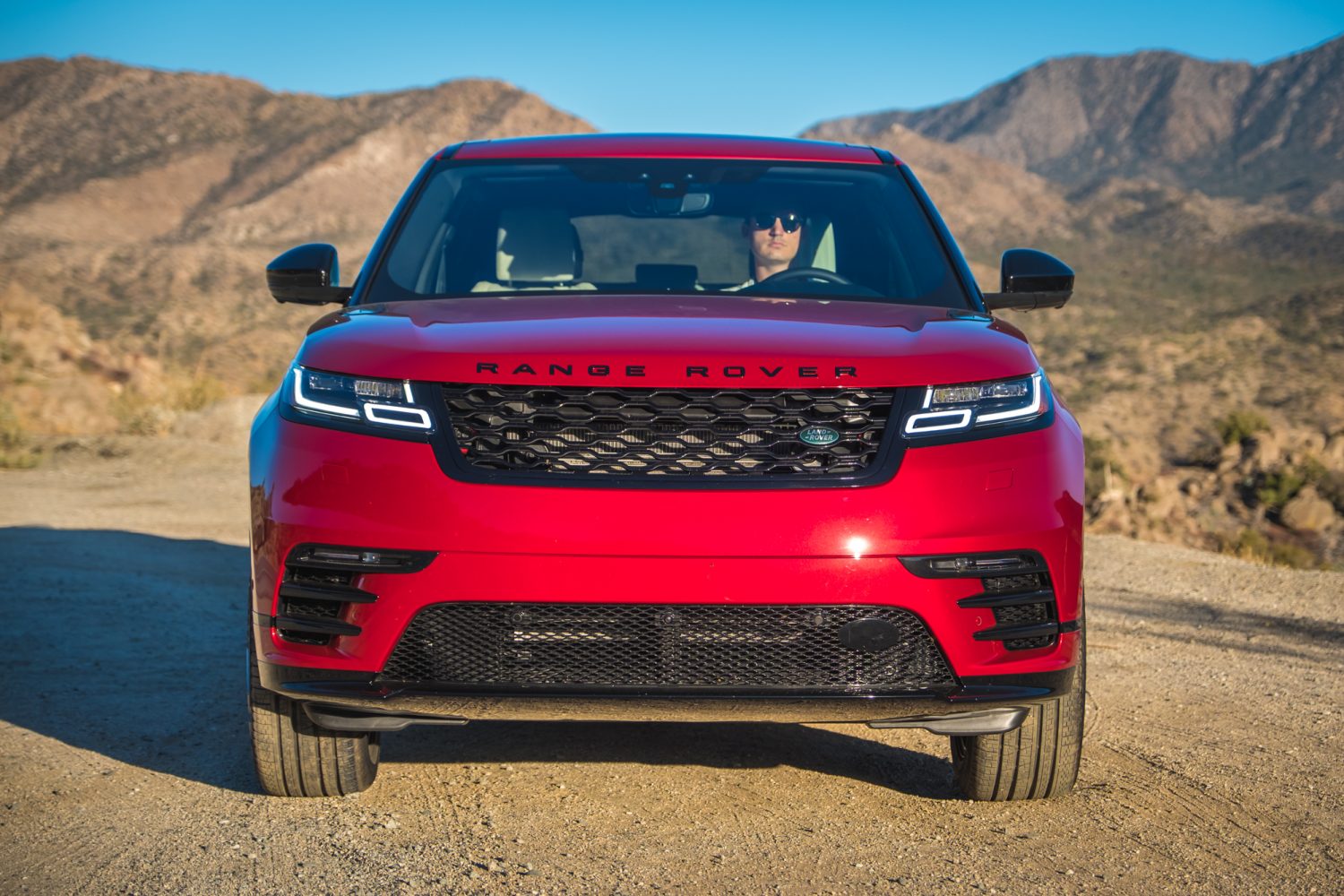 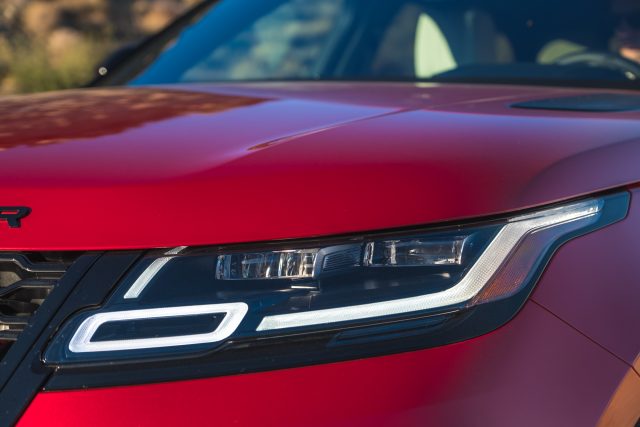 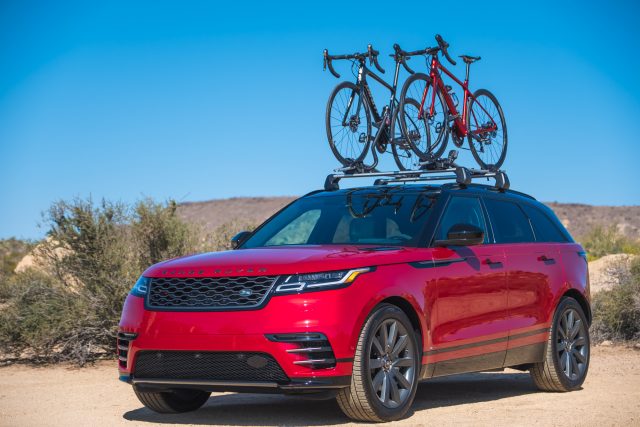 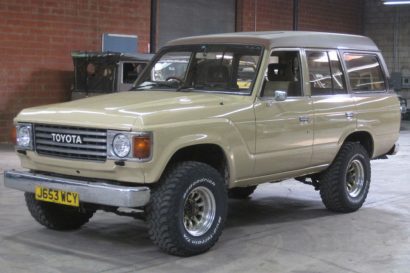 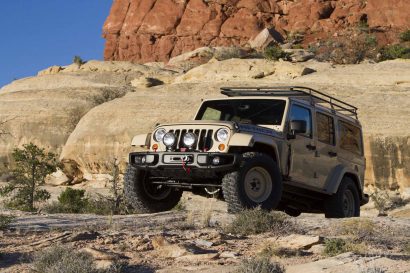 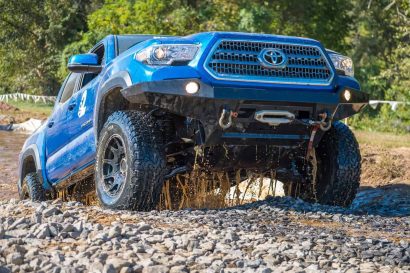