Sitting under the stars I hear the wind moving the leaves. The flames from the fire chase shadows across the river bed. I hear the distant call of a jackal, this is Africa.

The fire is warm and I put some coals under my chair, to warm the other side! I doze off.

In those moments I am transported to another time and I dream of Africa, the latter day explorers and of course their trusty steeds. Land Rovers!

It has been said that 70% of all Land Rovers ever built are still in use to this day and interestingly, it has been claimed that 30% of the tribes around the world first encountered white men driving Land Rovers.

The history of Land Rover has it’s own place in the history book but suffice to say, since 1948 Land Rover has been present in wars, exploration, farming, adventure and a part of many everyday lives.

Land Rovers may have the age old reputation for the odd oil leak and quirky issues, but when it comes to building 4wd’s they never fail at making them the best out-of-the-box performers- period. The Defender with it’s coil sprung axles has more flex than most modified trucks dream about.

Although the Defender design has not changed much since 1948 the Defender is still most peoples vision of exploration and discovery. The Discovery and Range Rover fill their own niche but it is the Defender that is synonymous with adventure. The true Camel Adventure, when it was man and machine. Pushing Land Rovers to the limit. It was pictures of vehicles floating across rivers and window deep in mud that started a burning passion amongst would be adventurers.

Land Rover owners have cult status and there is no other brand of 4×4 vehicle that has such a dedicated and loyal following. It is not unusual to meet a Land Rover owner who owns five, ten or in one case twenty four Land Rovers! Why the total dedication to what I was led to believe was an uncomfortable, noisy and unreliable vehicle.

My fascination with Land Rover started a while back when I noticed that more and more of the 4×4 Offroad Adventure Club’s members were buying Land Rovers. “You sold your Cruiser to buy a Land Rover!” I shook my head in disbelief and so as fate would dictate one fateful day I stopped by a friends farm outside Stellenbosch. His shed was full of Land Rovers and a Unimog. In the adjoining shed there stood a red Land Rover 90 Tdi. I enquired about this and was told that “it is for my son!” but your son is 6 years old I protested. This comment fell on dead ears.

I mentioned the red Land Rover to my wife and that Karsten had bought it for his son. Something started knawing at my soul! I called Karsten, “I want to buy the Land Rover”. I have no idea why! I had heard all these bad stories about Land Rover! Two months later the 90 was mine and so began my “Land Rover Experience”.

An invoice was given to me reflecting a R19,800 payment which had been made to a Land Rover agent whose instruction was to get the vehicle perfect and this is where the bad image of Land Rover starts and stops, with some of the dealers.

It had been raining and the farm track was one mud pool after the next. I was starting my life with my first, and as yet only Land Rover. The first thing I noticed while splashing through the puddles was how noisy the 90 was, everything rattles. I wondered why the speakers were in the roof lining above the drivers head. It means you will at least hear the radio. As a proud owner I drove home. Would I perpetuate the spirit of discovery that these vehicles had birthed sixty years ago?

I was leaving for the West Indies a few days later and so contacted Mike Porter of LR Services and asked him to service the vehicle and get it licensed while I was away. I spent two weeks diving wrecks in the West Indies and wondered about my 90. I tried to get hold of Mike but no luck. On my return I was to discover that everything, well almost everything was buggered and so Mike started the rebuild, new diff, bearings, half shafts, new shocks, coils, steering box, rebuild transfer case. I called Mike and suggested selling the 90. Mike’s immediate comment startled me “If you don’t want it I’ll buy it and when I am finished with it will be as reliable as your Land Cruiser”. I pinched myself, “it will be as reliable as your Land Cruiser!” no way, impossible!

A few weeks later Mike called and said that I could collect the Landy. The paint, although faded still had an appeal. My Landy had cost me a total of R100,000 which included the rebuild, engine monitoring system, new tyres (sponsored by Bridgestone), roof rack and a few odds and ends.

I left LR Services and departed on the first on many trips.

The 90 has almost 190,000km on the clock now, of which I have travelled 20,000km. Since Mike finished with the rebuild the Landy has never let me down. Yes it is quirky. I drive it as my everyday car and now the Cruiser only gets used now and again. My 90 is MY truck and the Cruiser is the family 4×4.

My last service in the Landy cost R784.

Yes I have an ammo box of spares for just in case, but having regular services at LR has given me peace of mind and I do believe Mike’s prediction that my Landy is now “almost” as reliable as my Cruiser but at a fraction of the cost.

PS The Landy now boasts a resprayed bonnet and a white roof by Burnco 4×4 and looks as good as it did when it left the showroom 14 years ago.

Greg is the founder of a popular South African 4×4 club: www.4x4offroad.co.za

Turtles across the land - A Jeep Wrangler as an overland vehicle. 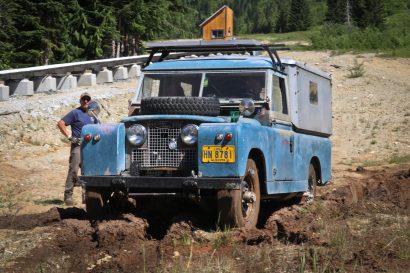 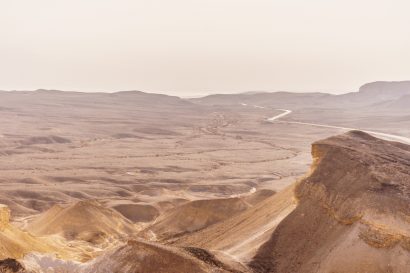 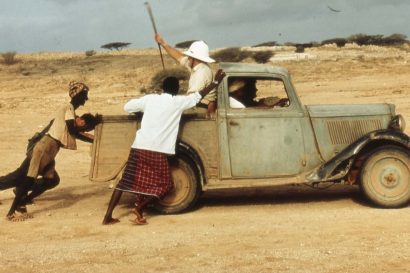