Motorcycle theft is a problem the world over, which is why an anti-theft GPS tracking device that can be hidden on motorcycles and other vehicles sounds like a great idea. The Lithuanian company, Monimoto, has developed a simple yet effective solution.

Here’s a quick rundown: download the Monimoto app, hide the tracking device on your bike (under a lockable seat is ideal), disarm the tracker with the key fob, then arm it by removing the key fob. You’ll receive an alert on your phone when the device and fob detect movement away from each other. There is no alarm sound to alert thieves. The tracker will only call you, then send GPS coordinates as to the device’s location.

During testing, I asked a friend to ride off with the tracker inside her backpack while I kept the fob key. Within one minute, I received a call from Monimoto, who I had listed as a contact in my phone—important, so you recognize the number. The call was dropped when I answered, which was confusing, but I later found out this was normal as it’s just an alert. In under five minutes, I began getting text messages pinging the device’s location. Clicking on the map icon in the message brought me to the app’s mapping software, where a blue pin marked exactly where the device was. I got there in minutes. For safety, in a real-life situation, you would alert the authorities so they could respond in your stead. 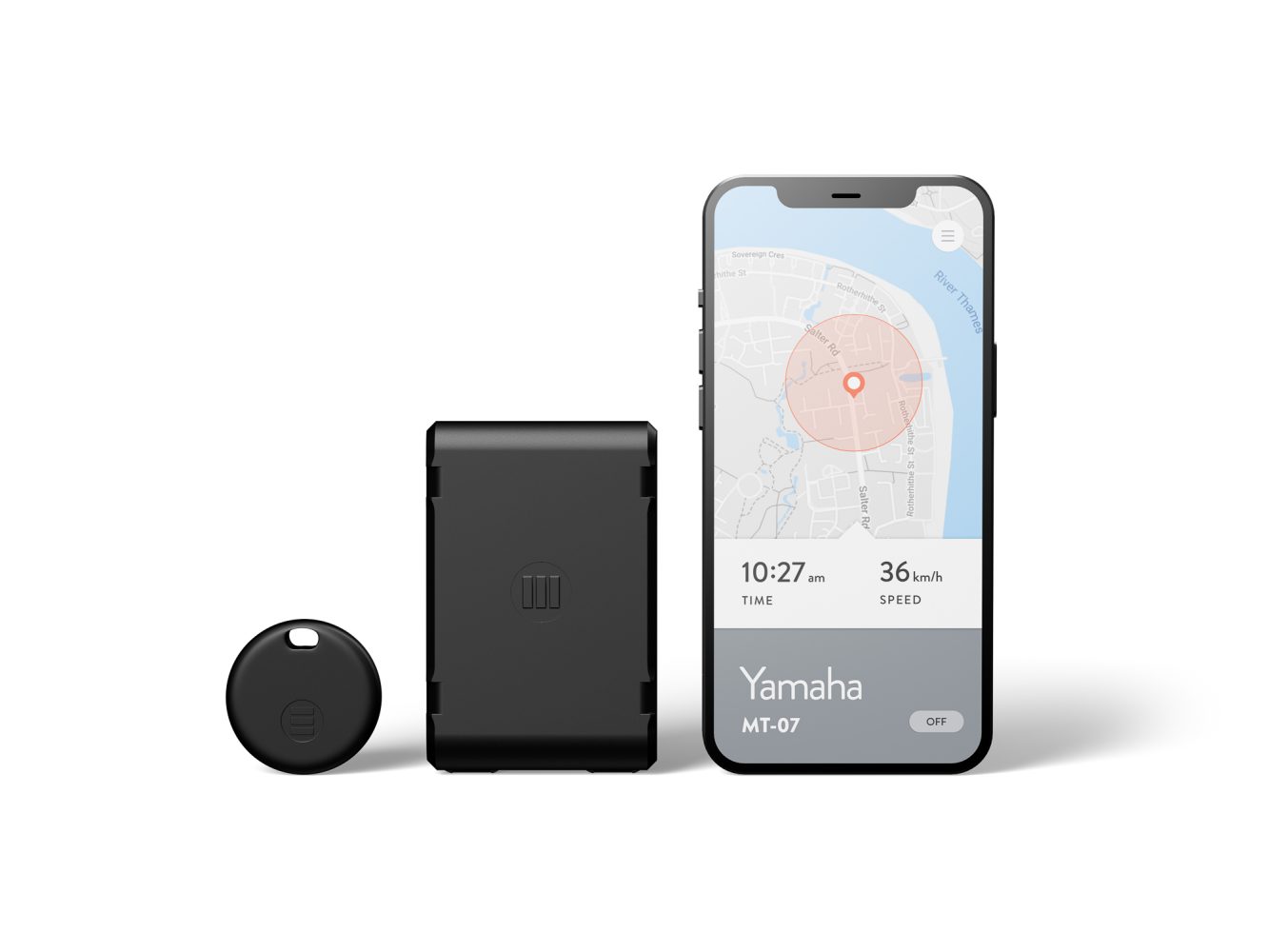 For the most part, the tracker works like a charm. However, because it requires an app and Bluetooth for connection, along with a decent cell signal, it’s appeal may not extend to anti-smartphone folks or work in underground garages, mountainous locations, or other walled-in areas.

Another con is that the lithium batteries may not perform in cold places. Also, the tracker doesn’t work in Canada due to roaming laws, or some far-off locales around the world, like most of Africa and South or Central America. Monimoto does have international SIM cards, but if you scored a remote camping spot on iOverlander and woke up to a missing vehicle, you’re out of luck if you’re not within the supported regions or don’t have cell service. With this in mind, Monimoto’s GPS tracker may be better suited for urban commuters, which is where most vehicle thefts occur anyway.

One big plus is that because it is wire-free, you can transfer the unit to any vehicle—car, truck, or e-bike—if you can find a place to stash it out of sight. The trackers are waterproof, battery-powered, and come with free shipping, a two-year warranty, and a 30-day refund policy. Their customer service is excellent, in my experience. The new Monimoto 7 is available and can be used with 5G networks. The first two months of service are free.