FOR REASONS TOO STUPID to relate in a public forum, one morning my travel companion, Michael, and I were lazing around our hotel room in Hoi An discussing the inevitable zombie apocalypse.

My position on the matter was that there’d be a certain point at which it’d be better to be dead than to live in such a world. A point at which life and the world you live it in would be so bleak that a bullet or an overdose would be the way to go.

Michael disagreed. His answer to my argument was very simple: “There’s plenty of time for death.” That even in a world of utter despair, why not live? Which brought up the question of where lies the value in the lives we lead. What are our lives about?

Last year I was trekking the Peruvian Andes with a group of people I’d just met. As the days passed and we saw more and more remote, ‘primitive’-seeming villages, an Israeli man I’d befriended asked me the same question about the people whose homes we were passing through.

“What are their lives about?”

As far as we could see, their days consisted of scrounging building materials, firewood, and food from the mountains; feeding and killing chickens; boiling water; preparing food; cleaning their homes; caring for their young; making more young. Each day the same. A continual cycle of planting, growing, harvesting, cooking, cleaning.

And while back in the US I can go home and flip a switch that creates heat, and place a phone call, read out a credit card number, and have food delivered to my door, and sign a lease that immediately provides for reliable shelter, and have spare time to pursue myriad interests that don’t involve sustaining my physical being — does that reality put me more or less in touch with my humanity? And is “being in touch with my humanity” something I should be concerned with?

In short, I wanted to ask that Israeli man, and I wish I had, what his life is about.

I quit a well paying job in an expensive city to travel through Asia for four months because I have this vague idea that Michael is right. That the point of our lives is extremely simple and can be captured in one line: “There’s plenty of time for death.” If I can’t understand my own existence, then maybe the best I can do is collect experiences — to whatever extent I can.

A fair number of people I love and respect considered my decision to travel to be either irresponsible or “awesome, but not something I can do.” Some of them are people who, each morning, for five days in a row each week, wake, shower, put on office-appropriate clothing, get in a car or train, drink a coffee in front of a computer screen, and do things they don’t enjoy for money.

Some of them are people who claim to not only hate their jobs, but their careers, and yet every day get up and go to their offices. Some of them say they like — even love — their jobs, but when questioned about what they’d do if money didn’t matter, paint a different picture of the life they’d lead.

I’m talking about almost every person I can currently think of who I know well, who works for a corporation, and who lives in America. They mainly do it for money, but since I don’t think I know any plutomaniacs, what that really means is they do it for comfort, for security. And it seems to me this stems from two problems that exist in the country in which I was raised: First, much of what we do is based in fear; second, we’ve been fed a lie about the concept of happiness since we were kids.

I also don’t think this is uniquely American, but I do think it’s a big problem in America because our ‘success’ in life is measured almost wholly externally. As kids, how many of us are urged to strive to become peaceful, humble, open, quiet, loving, compassionate, honest, sustainable beings? Generally, we’re not. We’re urged to save up for a down payment on our first house.

I don’t hate America. For me, America has a lot of things right. Things like infrastructure. Indoor plumbing. Waste management. The First Amendment. A relatively low level of corruption in law enforcement. Free schooling for kids (not so in Vietnam).

And the fact that I can be a white girl from Texas who lives in a building owned by a Puerto Rican in a traditionally black neighborhood, with a Chinese national living across the hallway. In those senses, I love America.

But when I’m traveling extensively and asked at least once a day where I’m from, it becomes even more difficult than usual not to wonder how much I identify with the values espoused by the country I name. And the fact is, I think it’s a country largely obsessed with the pursuit of an externally sourced happiness that will always elude those who seek it.

Culture tells me that the point of my life is to create my own happiness. It’s a huge statement almost completely taken for granted and accepted as fact in our culture. Yet, how often am I actually in the throws of joy? And if I were always in such a state, would I recognize it as ‘happiness,’ or would it simply be the norm of my existence?

I live in a culture in which almost everyone is obsessed with the idea that they must become happy. It seems to be the entire point, and it’s a goal that can’t be achieved in any sustainable fashion. Especially if the means by which I’ve been told I can achieve it is by buying things: houses, clothes, cars, apartments, area rugs. These are the guiding forces of my culture; these are my deities and idols.

I do realize people need to make money. Food costs money. Shelter costs money. Higher education costs money. And I realize many of the developments that enrich our lives are products of Americans who’ve been committed to good work, to discovery, to building, to curing, to creating beauty.

And of course I like to buy things, too. What I’m arguing is there’s a raging imbalance in our country that’s making me miserable, and I don’t even know it because I believe the lie. I believe one day I’ll have worked enough hours and bought enough things to be happy. And I’m afraid not to be because I don’t know what else to be. I don’t know how to be myself.

I needed the job I had in order to save up money to come on this trip. And when I go home, I’ll need another one. But I’ll also go home and simplify my life so that the things I need are fewer, the money I need less, and the time I spend working more aligned with who I am. Because there’s plenty of time for death.

Amy Benson is a writer, wanderer and woodworker living in Brooklyn, NY. She blogs at Crimson Tundra. 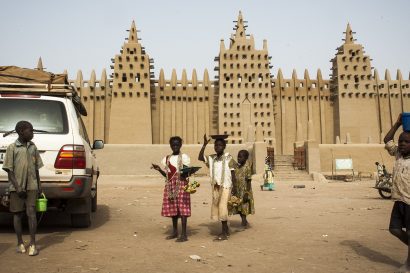 Sirocco Overland: Into the Heart of West Africa (Part 2) 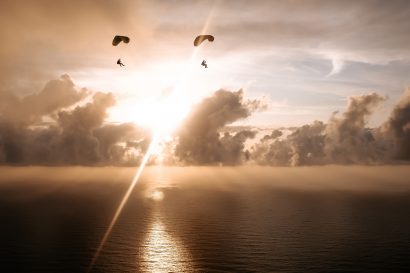