In the vast world of so-called humanitarian organizations and NGOs that promise to save the world, several of us at Overland Journal have been blessed with the hands-on opportunity to work with one that puts the ox before the cart: the California-based Free Wheelchair Mission (FWM). What began as one man’s spiritual conviction to help those in need, FWM (a 501(c)(3)) has brought mobility to, and improved the quality of life for countless souls. From quite humble beginnings, it has emerged as one of the most respected entities in the world.

Below: FWM Founder Don Schoendorfer visits with Flor in her new wheelchair. 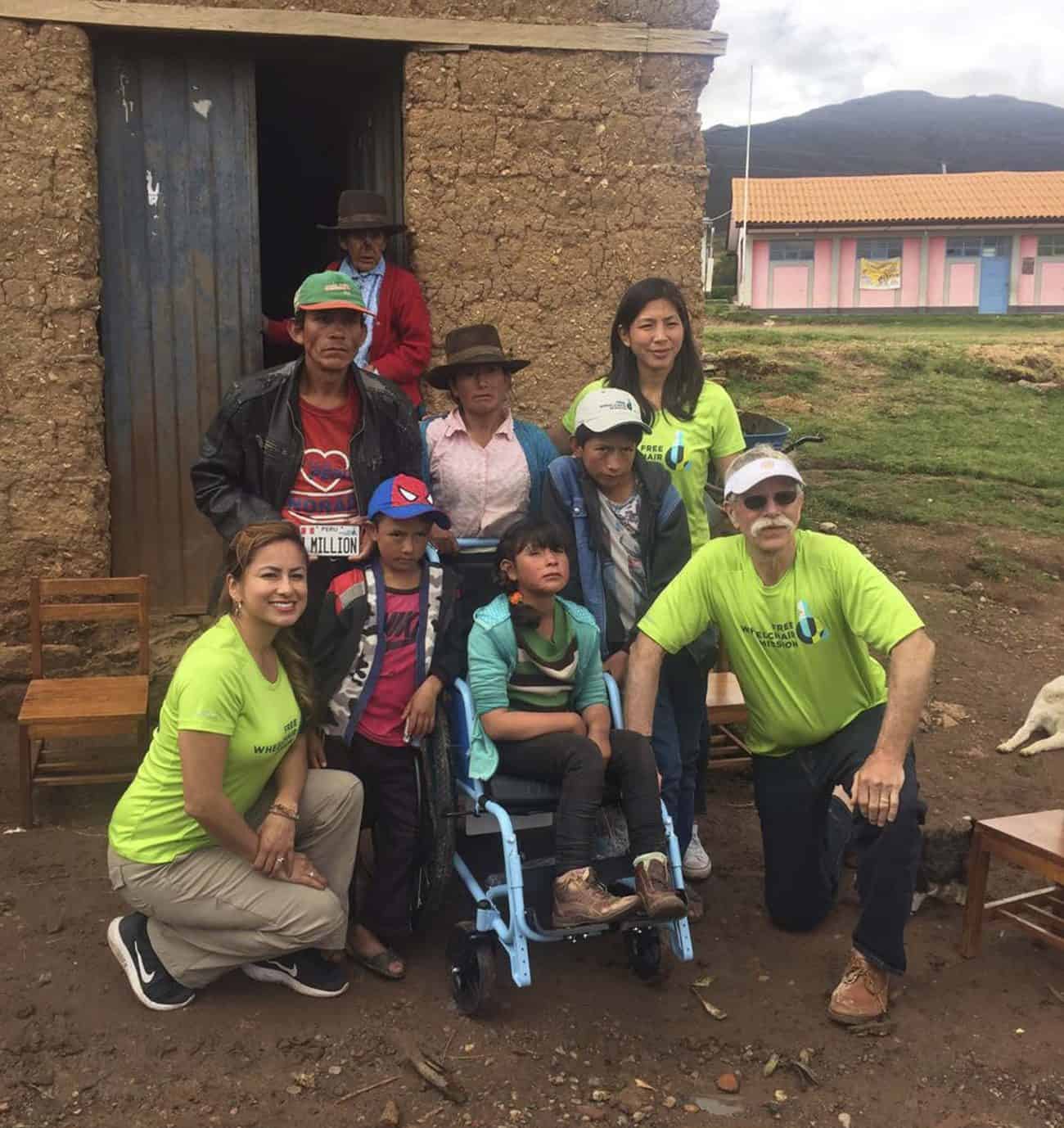 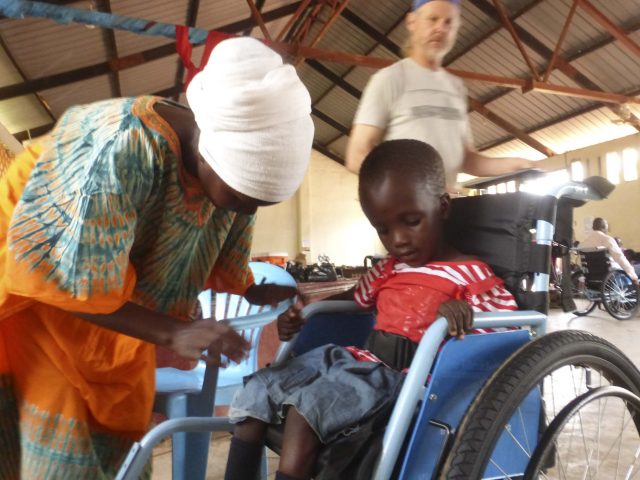 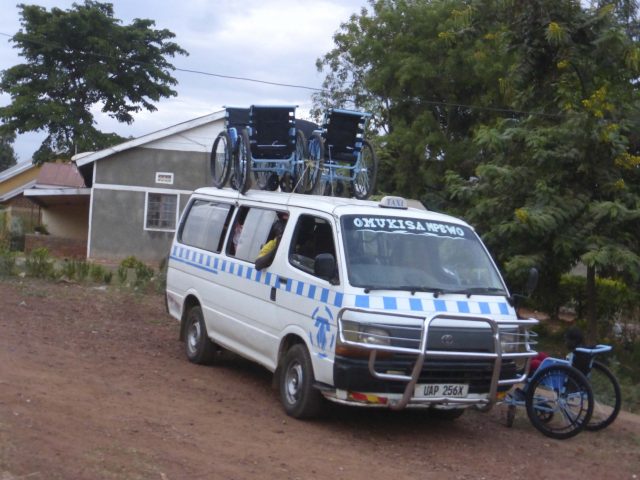 Back in 2000, Don Schoendorfer, after returning from Morocco where he witnessed a woman dragging herself across a street while cars sped around her, built four wheelchairs in his garage. He launched FWM, and by the end of 2001, they had built and donated 100 wheelchairs. News of their efforts trickled out, and 5 years later I had the privilege of joining Don in the delivery of chairs to remote villages in southern Mexico—it was a humbling experience. 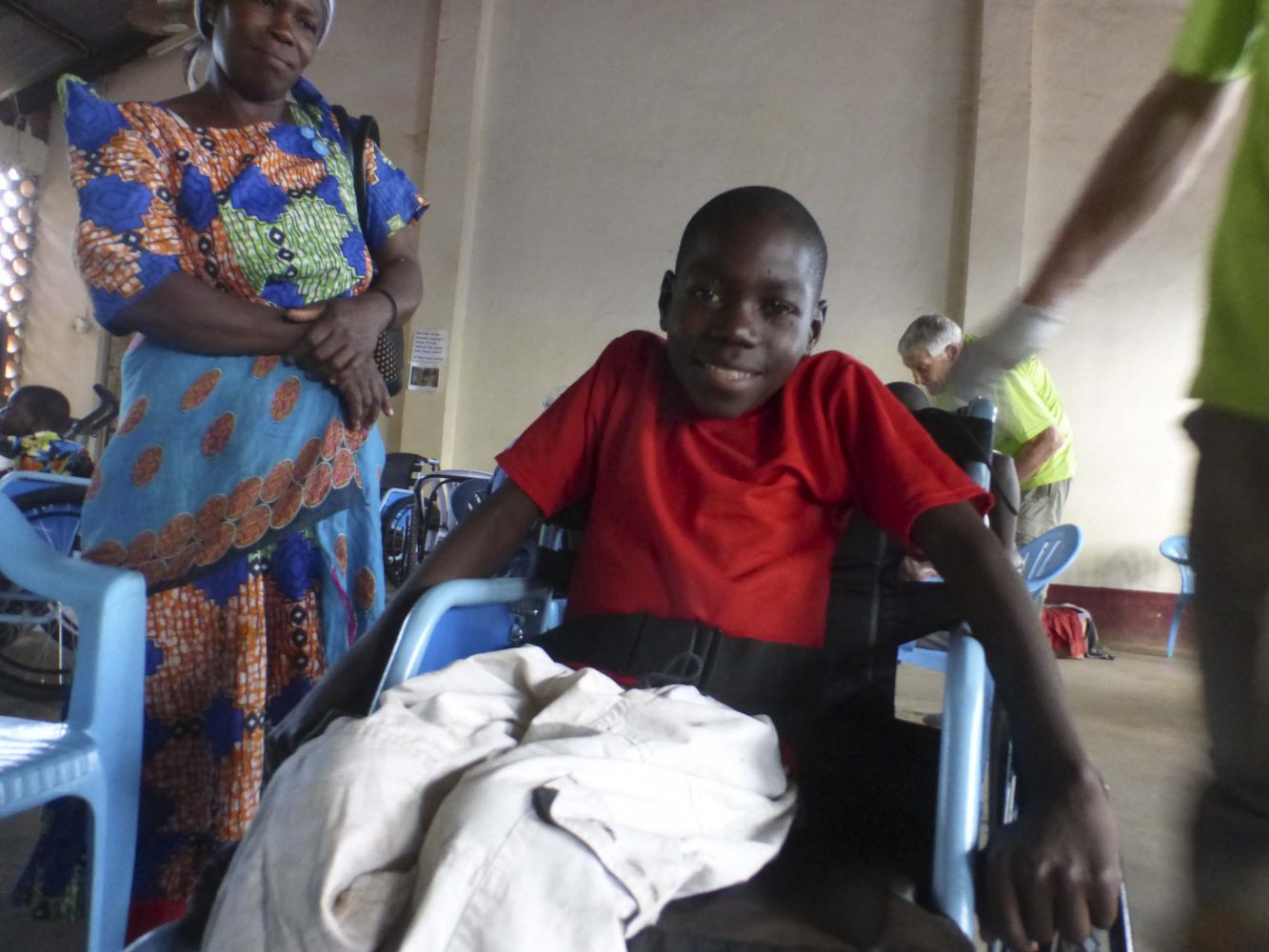 It is hard to fathom that in many parts of the world, injuries and illness that might be easily treated are left to heal on their own. The result is often devastating, causing permanent disabilities that leave the victim reliant on family members for everything: financial support, maintaining personal hygiene, and mobility. Many will never leave their homes again. 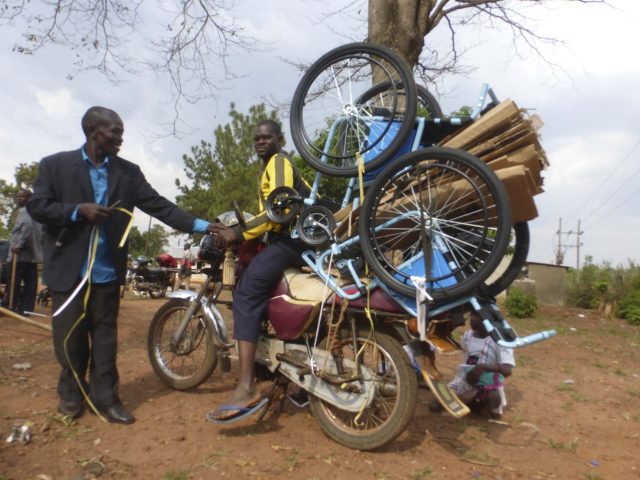 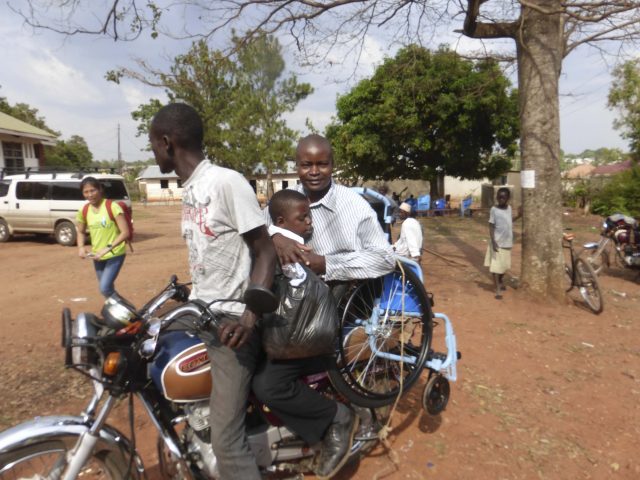 The $80-dollar “gift of mobility” is not the type of wheelchair you find in first-world countries. Rather, it is constructed from aluminum tubing, a simple plastic chair, and seat belt, and commonly available hardware to allow easier repairs in remote regions. Because most recipients live far from paved roads and concrete sidewalks, chairs are fitted with mountain bike tires. FWM strives to keep production costs low in order to reach a greater number of beneficiaries. 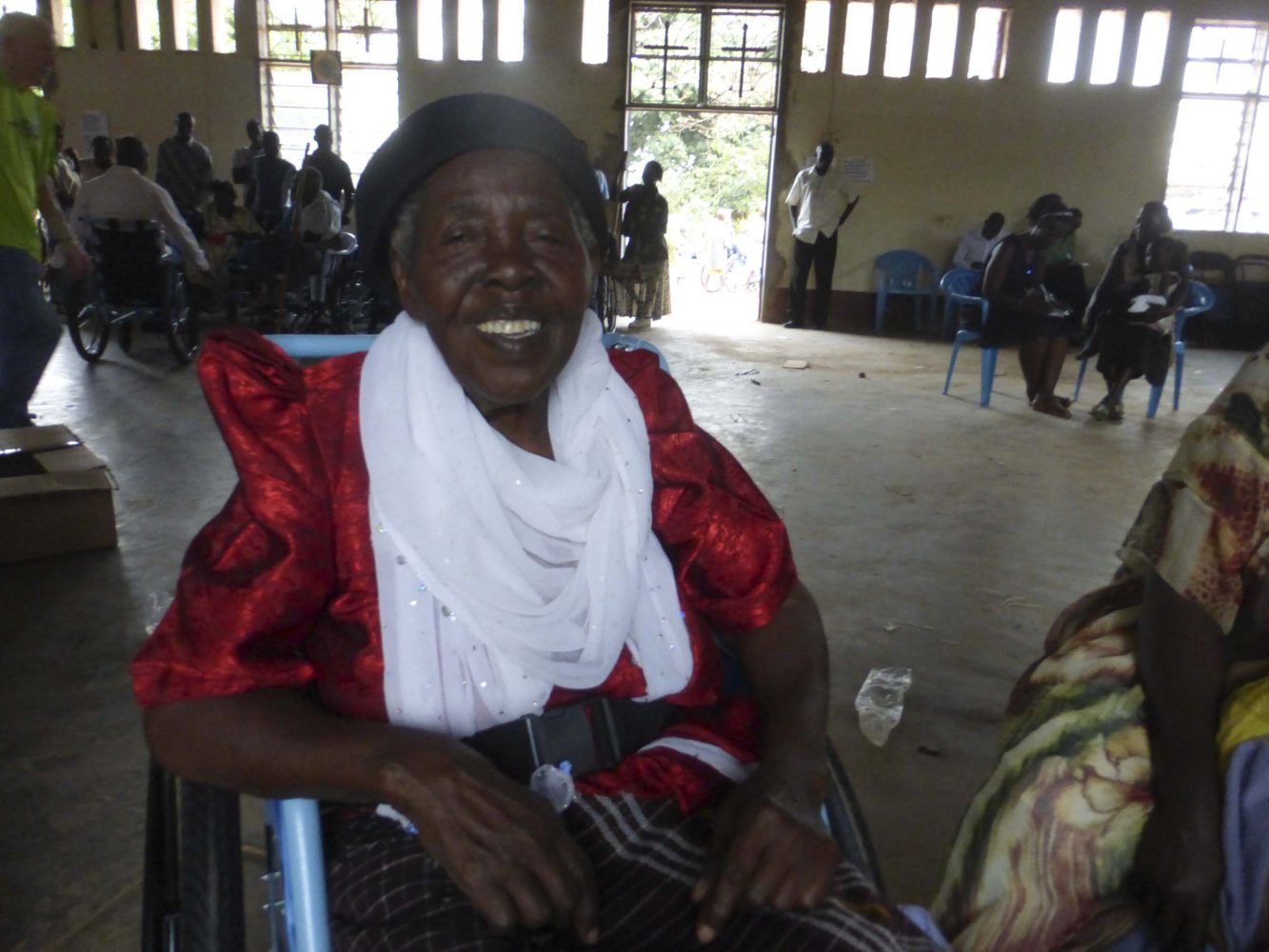 Earlier this year, Overland Journal contributor Ned Bacon and his wife, Kat, delivered wheelchairs to nearly 200 recipients in remote villages of Uganda. Ned reflected, “To be able to lift them off the filthy ground and place their havoc-racked bodies into a wheeled contraption, then witness the transformation on their faces as they realize the freedom they have just received, see their pain be slightly relieved, and their dignity slightly restored, is priceless.” 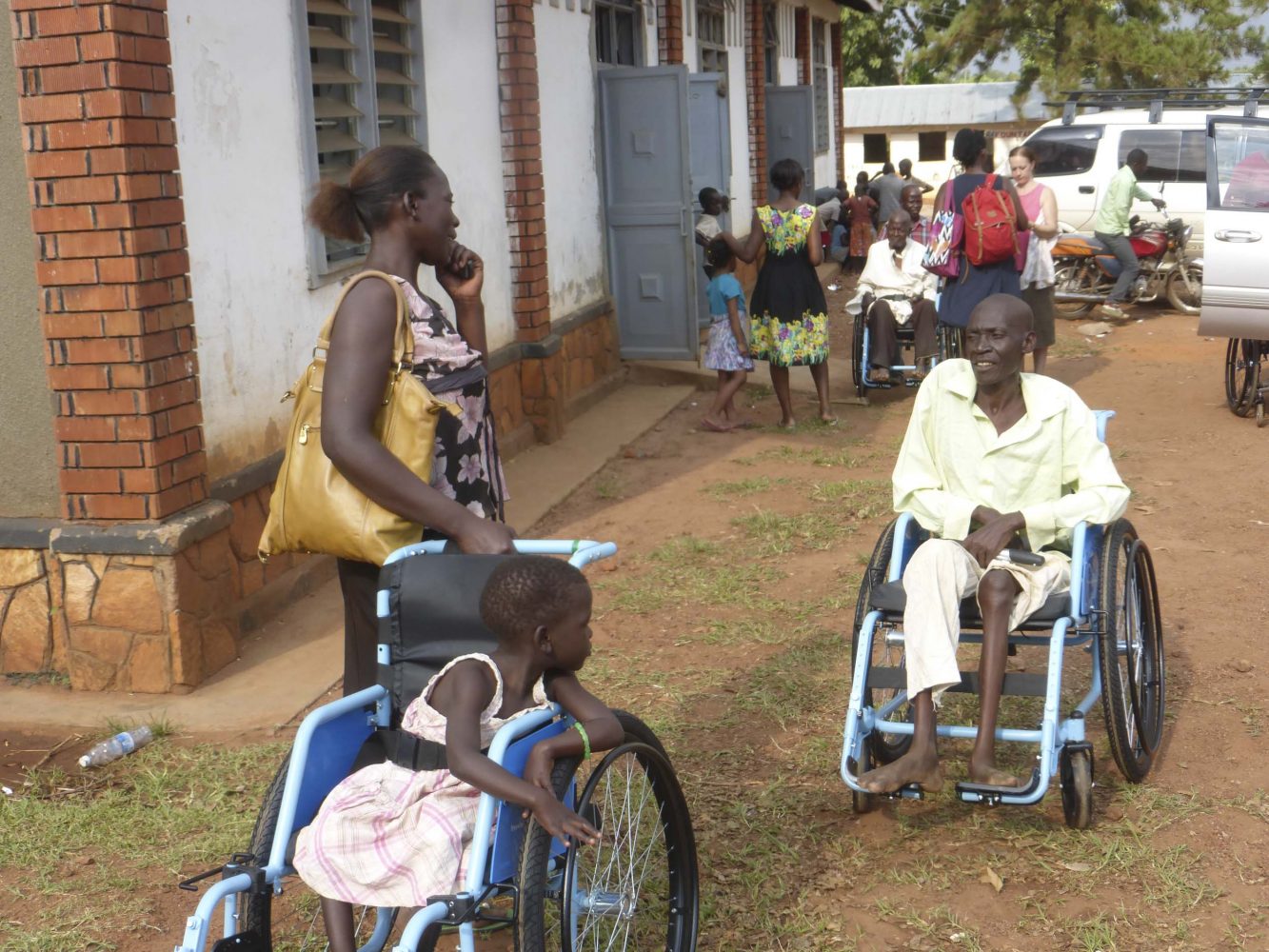 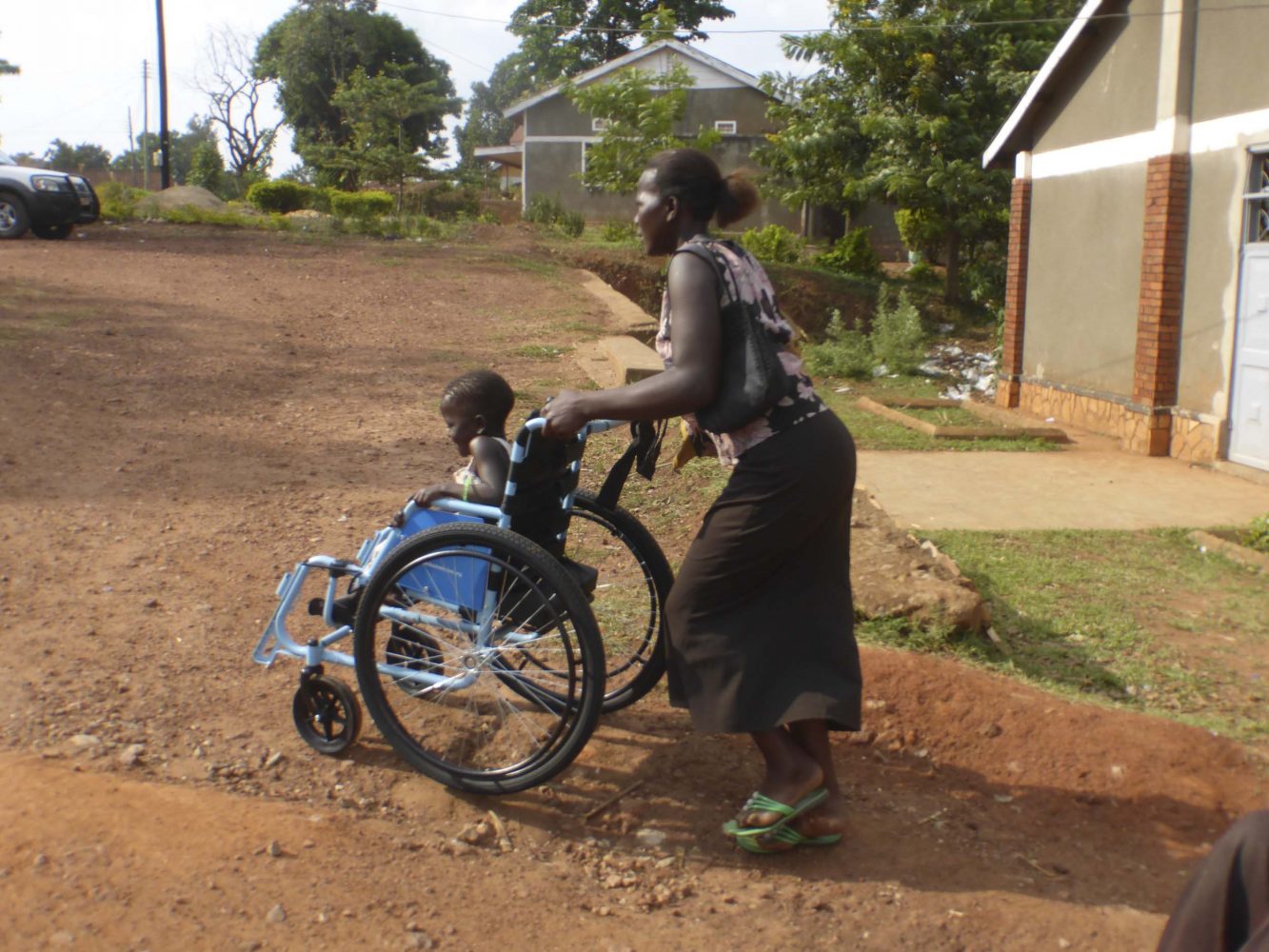 To date, FWM has given the gift of mobility to hundreds of thousands of people in Eurasia, Latin America, and Africa—they now average 180 chairs per day. In June of 2017, Flor, a young girl from Ayacucho, Peru, who suffers from cerebral palsy, became the proud owner of the one-millionth wheelchair. While Flor’s new wheels mark a pinnacle achievement, she is no different than the thousands that preceded her—she shares the dream of venturing beyond the front door under her own power. 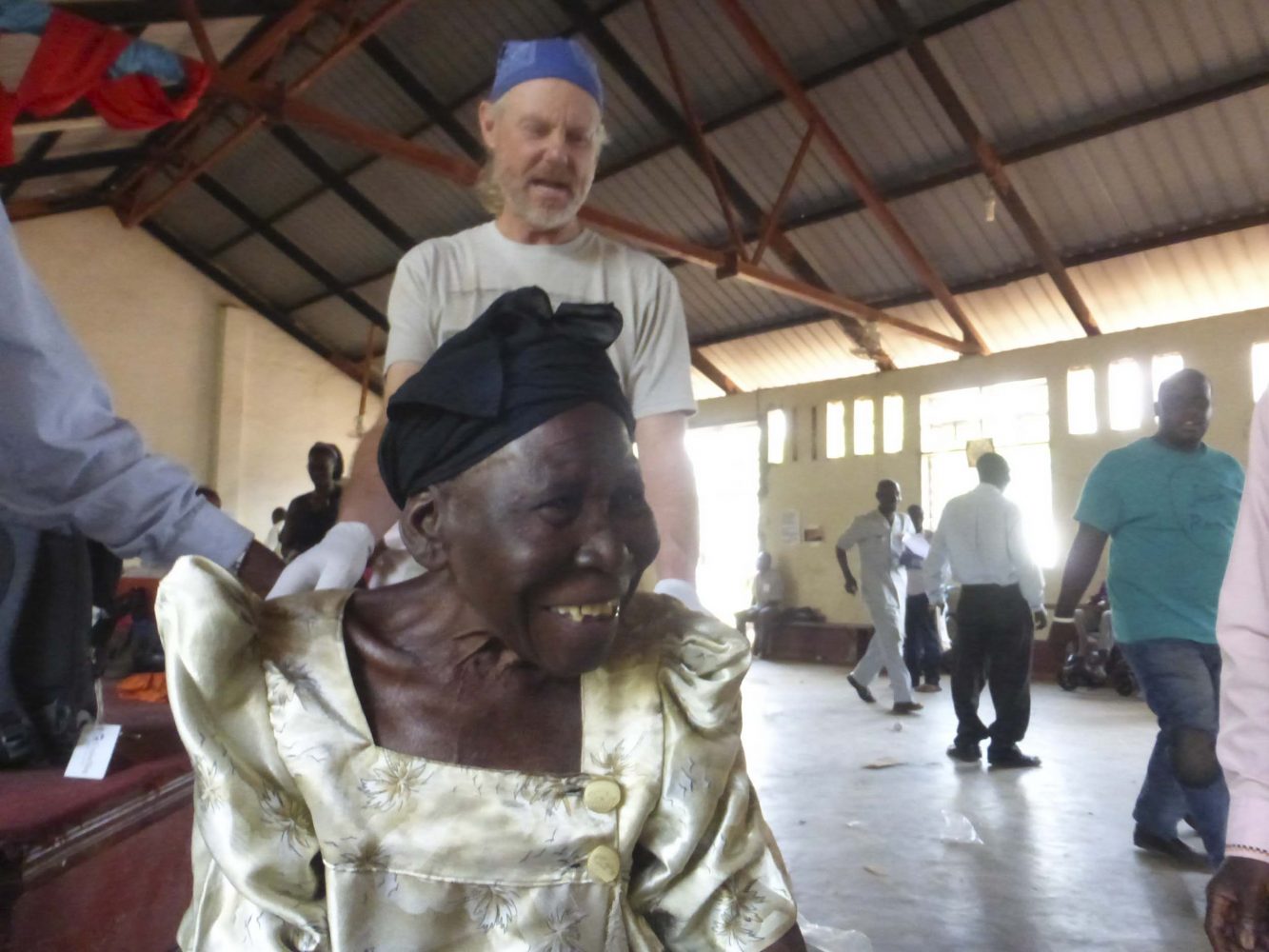 I can assure you that Free Wheelchair Mission is the real deal, and operates solely on generous contributions from private and corporate donors. For less than the cost of a month’s takeaway coffee, you can positively impact someone’s life in ways you can’t imagine. Their goal is 80,000 chairs this year, so put your coffee down and help make it happen. www.freewheelchairmission.org