Today’s four-wheel drive market can be an emotional roller coaster for avid overlanders. Each auto-show brings nail-biting anticipation of whether a curtain will drop off a beautiful new vehicle, or if instead we will be greeted with the shock of a ruined concept, or the disappointing re-badge of a four-wheel drive classic. Unfortunately many times it is the latter, but every now and again a manufacturer doesn’t just get it right, but knocks it straight out of the park, across the street, and through the windshields of the jerks designing cars like the Aztec. This year that heroic manufacturer is Mercedes. 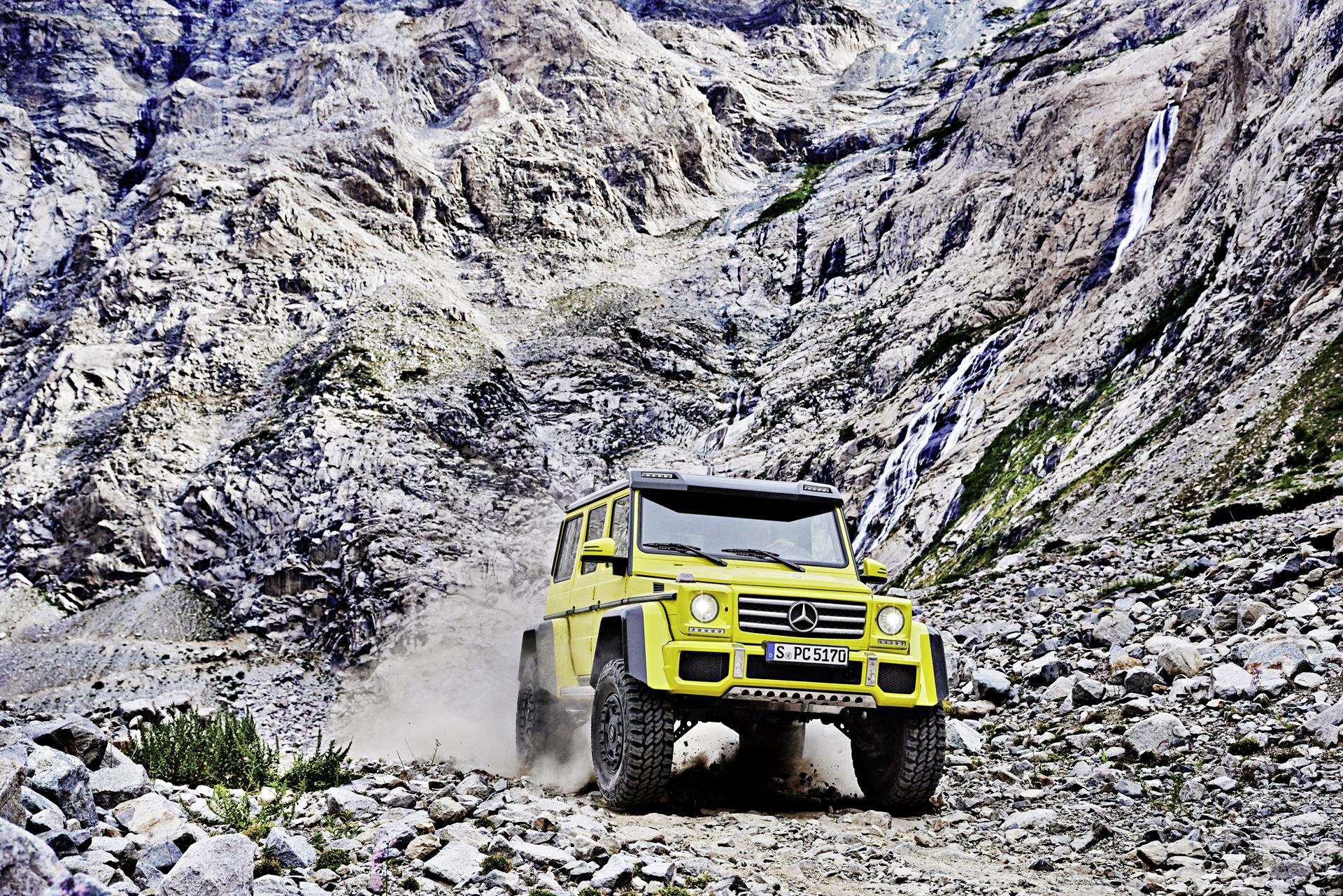 The Merc monster you see above was unveiled last year at the 2015 Geneva Motor Show as a concept, without a promise of production or sale. The big surprise is that thanks to popular demand, Mercedes has decided to take the plunge and produce the thing. This is really good news for the four-wheel drive industry, and exceptional news for the affluent overlander; which you’ll need to be if you hope to clear the $255,000 price tag through your bank account. 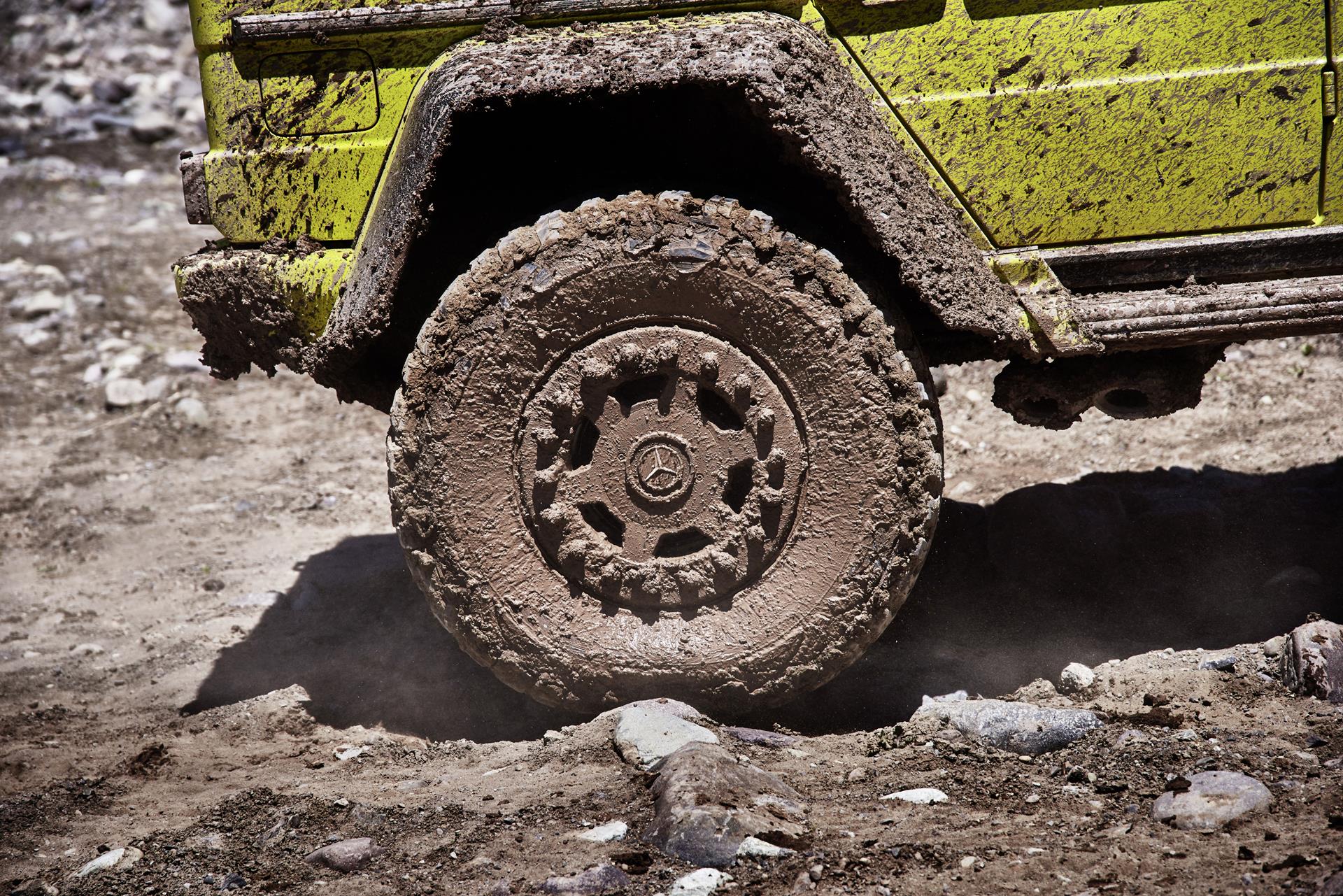 So what the heck is it? We’re sure that by now you’ve heard of the Mercedes G 63 AMG 6X6. It’s an absolutely inspiring vehicle to the inner child in all of us, but one that lacks a degree of… practicality. The G500 4×4² is the more responsible sibling to the 6×6, with all the raw capability, and less of the ostentation. We said less, not none. 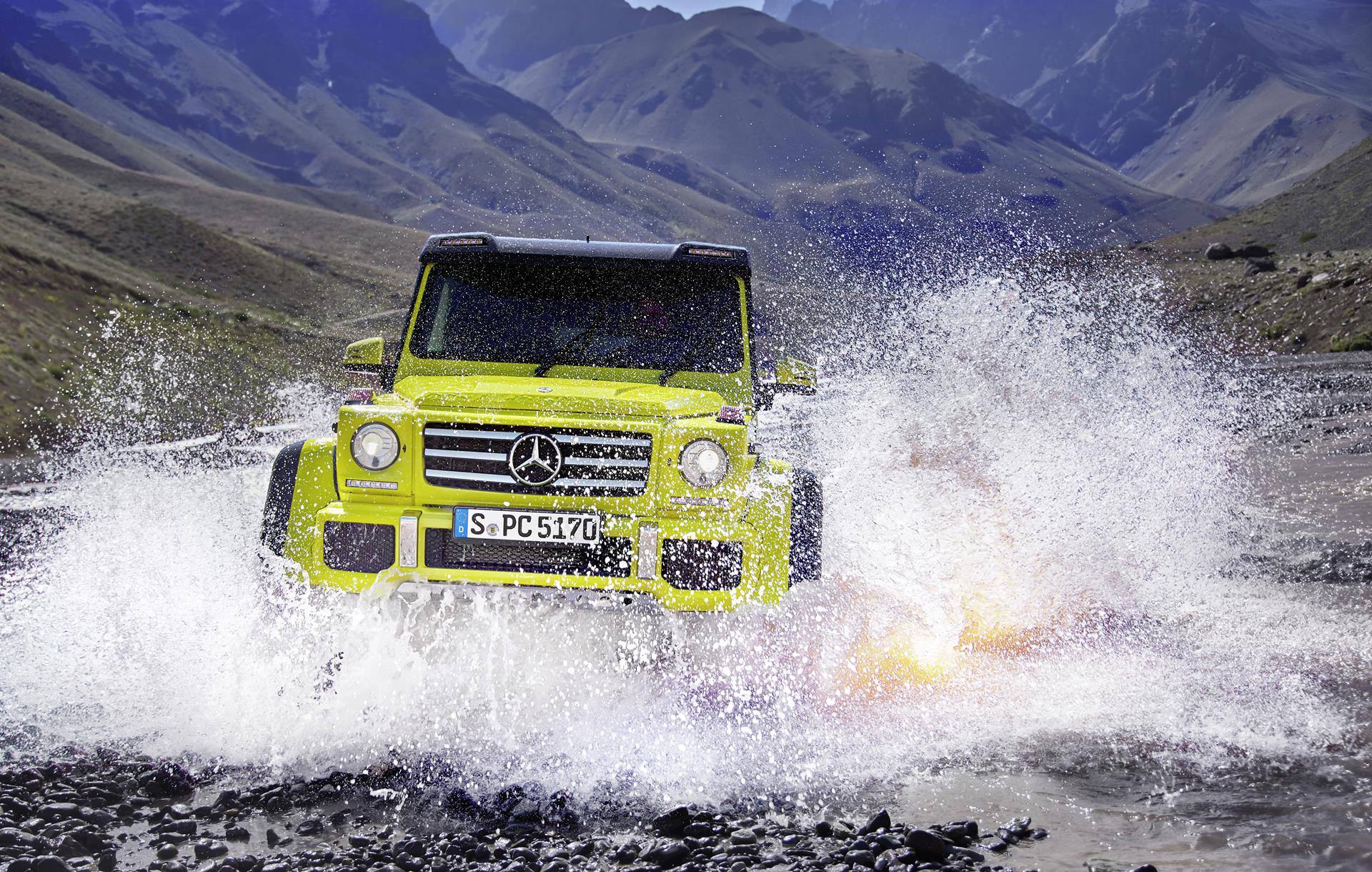 Underneath the hood lies the Mercedes Bi-Turbo V8 motor, cranking out 422 horsepower with the two turbos mounted in an inside the V configuration. Such an engine deserves a potent exhaust, and the G delivers with twin side pipes producing “soft mumbling in neutral through sonorous humming in the partial-load range to emphatic booming when accelerating under full load.”

So it’s got some power, but what good is that without a way to send it to the ground? To darn near guarantee the squared can maintain forward progress, a permanent all-wheel drive system was selected, along with a proper low-range, a tri-fecta of lockers, and lord willing the 37″ mud terrain tires and beadlock wheels shown on the concept truck.

As expected, these Uber G owners won’t be roughing it when exploring the back country, far from it in fact. The new truck features a damper adjustment derived from rally sport that uses two spring struts running in parallel per wheel, with one spring strut working conventionally with set damper characteristics. Mercedes claims that this setup can provide considerable kingpin inclination between the settings SPORT and COMFORT, and that adjustments take a record-breakingly low 15 milliseconds. This means drivers can expect a surprisingly agile handling experience on pavement, while still receiving a soft and smooth ride over rocks and ruts. (Whether this is thanks to the suspension, or the G pulverizing the ground beneath it, we’re not entirely sure.) 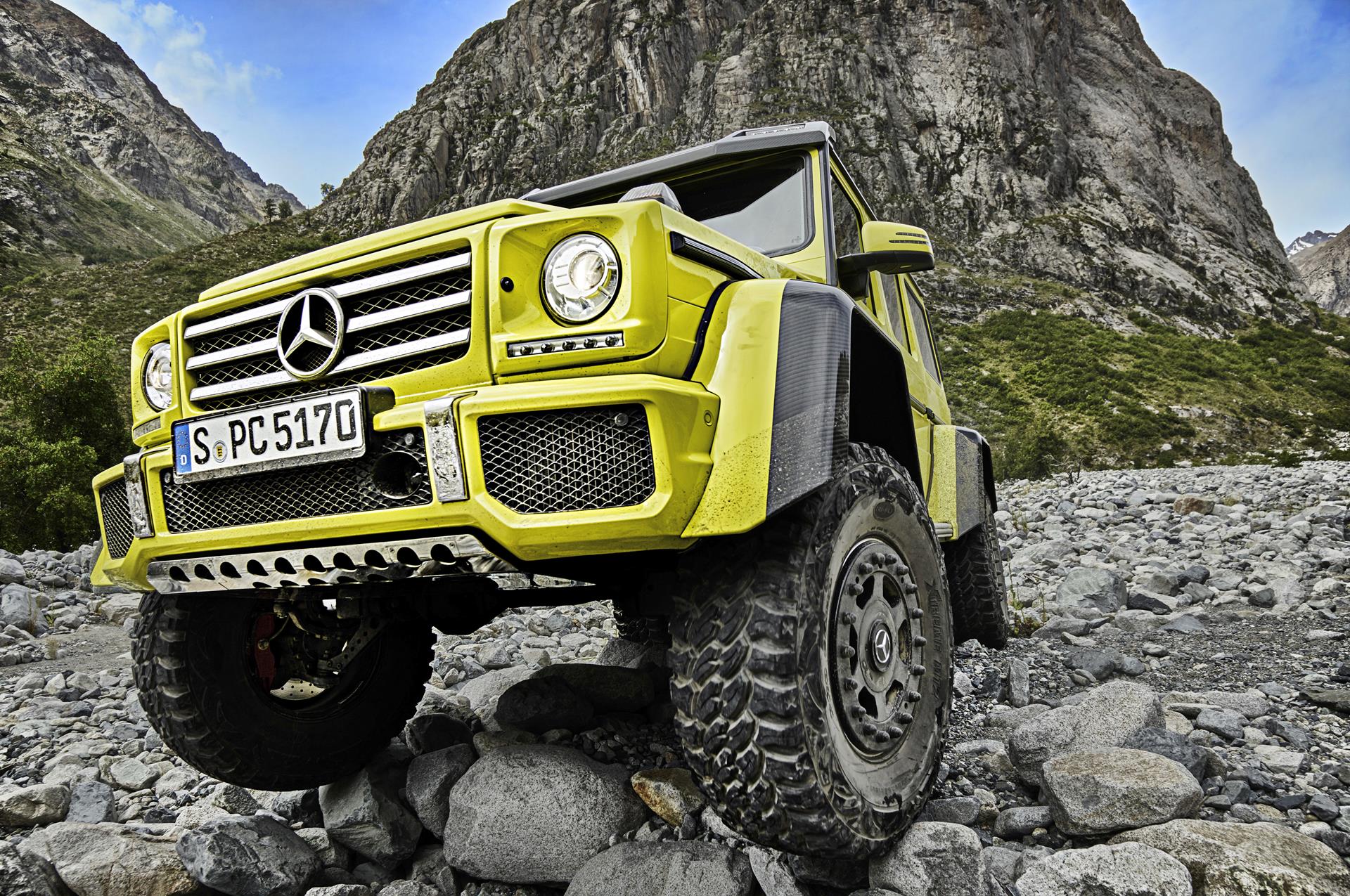 At a width of nearly seven feet, and a height of almost seven and a half, the 4×4² is still by no means a small vehicle. It clearly retains the commanding presence of the 6×6, but does achieve a greater maneuverability through its reduction in length.

Mercedes hasn’t released official approach, departure, or breakover angles, so we won’t sit around pulling numbers out of thin air and throwing them at you like a bunch of stock brokers. What we will do however, is drop in a few more images for you to drool over, as well as a seriously awesome, though somewhat corny, video by Mercedes. The action is great, but the cougar is a little much.

For more information, check out the Mercedes website here. 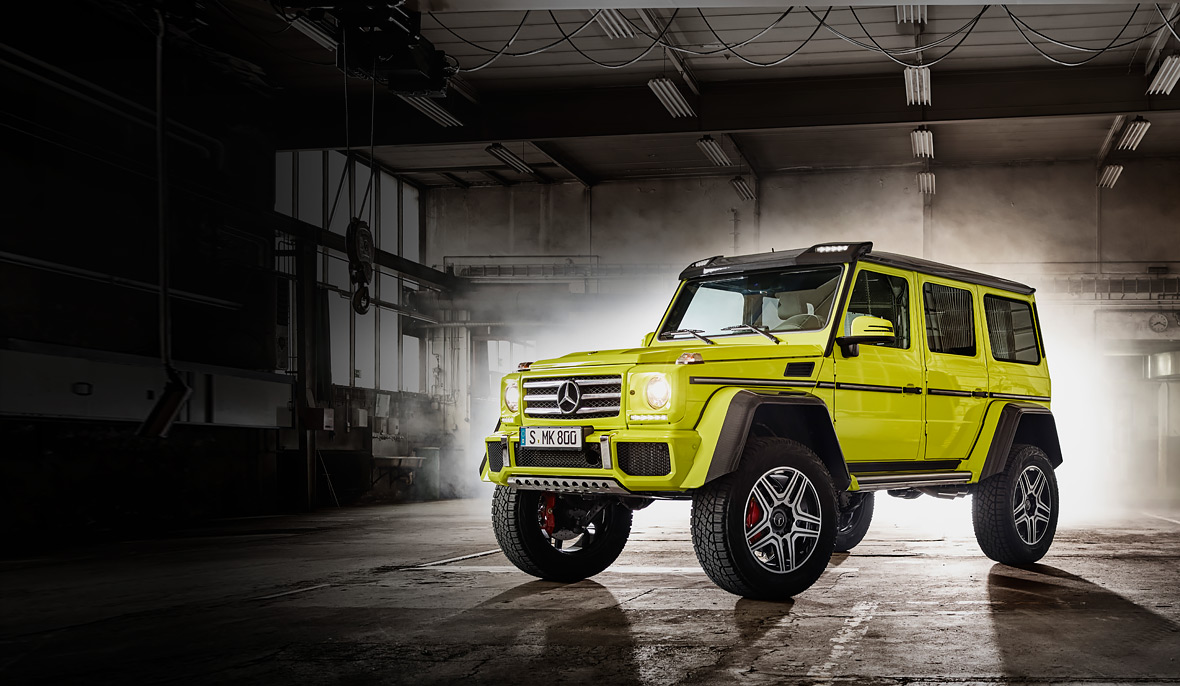 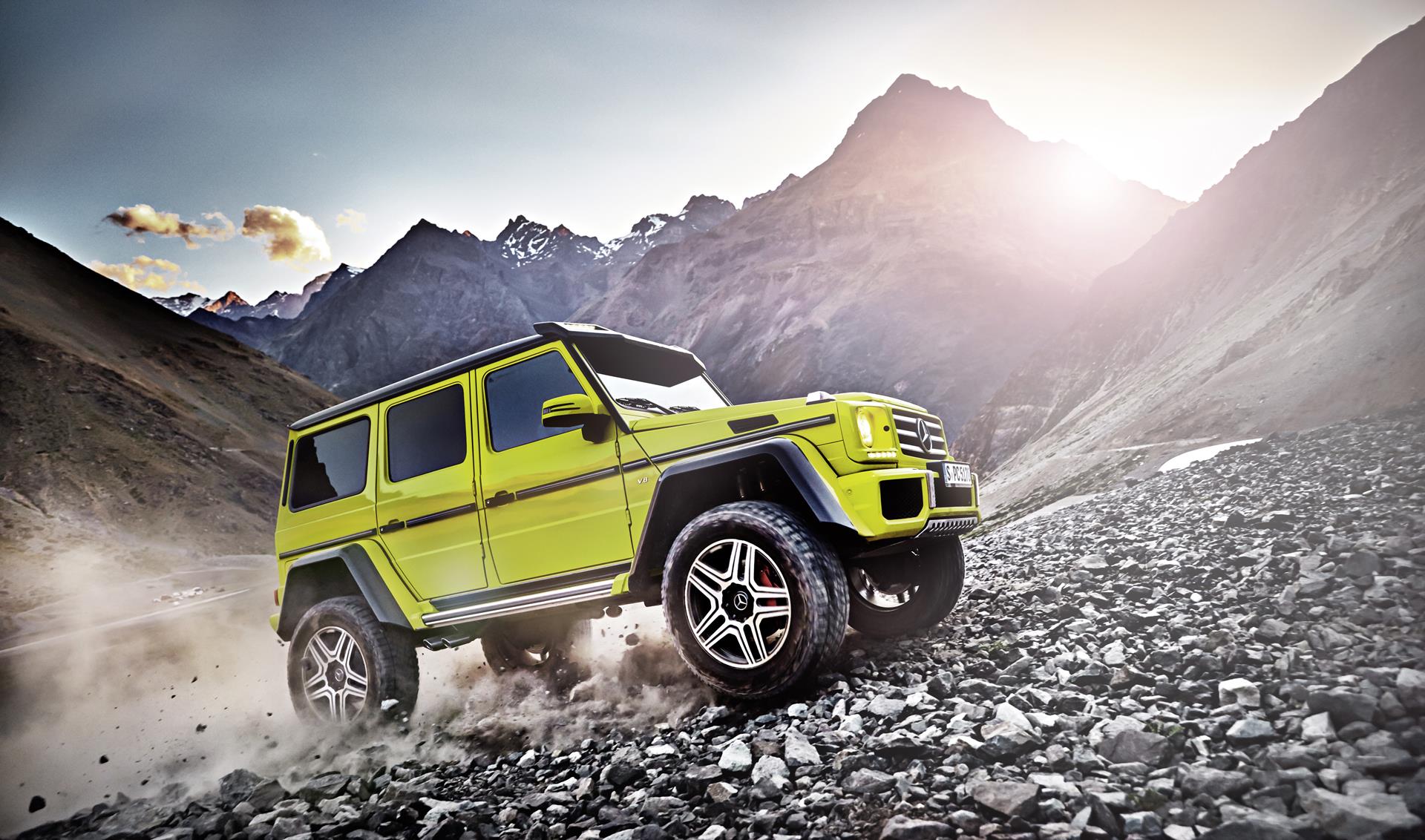 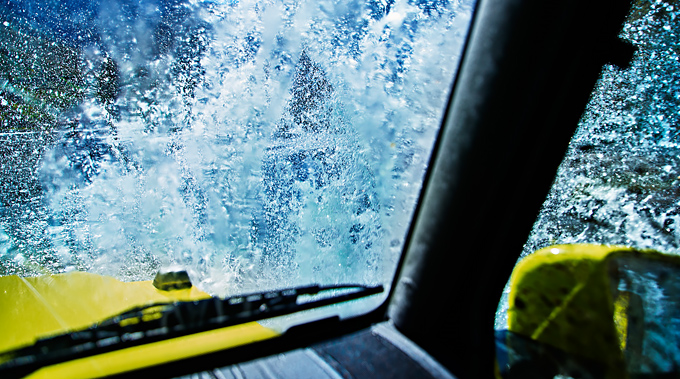