It’s been a long year for most of us. With a global pandemic and the social unrest the world has faced, anything to get my mind off of the global problems was a welcome sight. In 2004 and 2007, Ewan McGregor and Charley Boorman released two of the greatest series on motorcycle and adventure travel ever released. Long Way Round and Long Way Down showed the viewer the work, training, and highs and lows of travel. But most of all, it showed the comradery and friendships that come from long trips with friends. Long Way Up delivers on that same group of feelings.

I stumbled across the Long Way series while traveling in Nepal during the late 2000s. Some friends and I had spent a couple of months climbing in the Himalayas, and we found ourselves enjoying a warm room and some cold beers. On the television, the show, dubbed in Chinese (I think), was playing, and we had a great time watching and laughing about how nice a motor would be where we had just been. I flew home and bought myself my own 1150 GS Adventure so I could create some of my own motorcycle memories.

For Long Way Up, Charley and Ewan decide to ride up from Ushuaia to Los Angeles. As an A-list star, Ewan has to make it a quick trip between films and sets aside 90 days for the ride. To make things more challenging, they also decide to keep the carbon footprint small and to be the first people to complete the route on electric motorcycles. A large portion of the show is consumed by the electric motorcycle aspect and charging infrastructure of the journey. Ultimately, Harley Davidson pulls through with a couple of special-built Livewires modified for adventure riding. Rivian hands over their first and second prototype trucks as support vehicles, along with a team to support them. Rivian also agrees to install charging stations along the route for them to use. 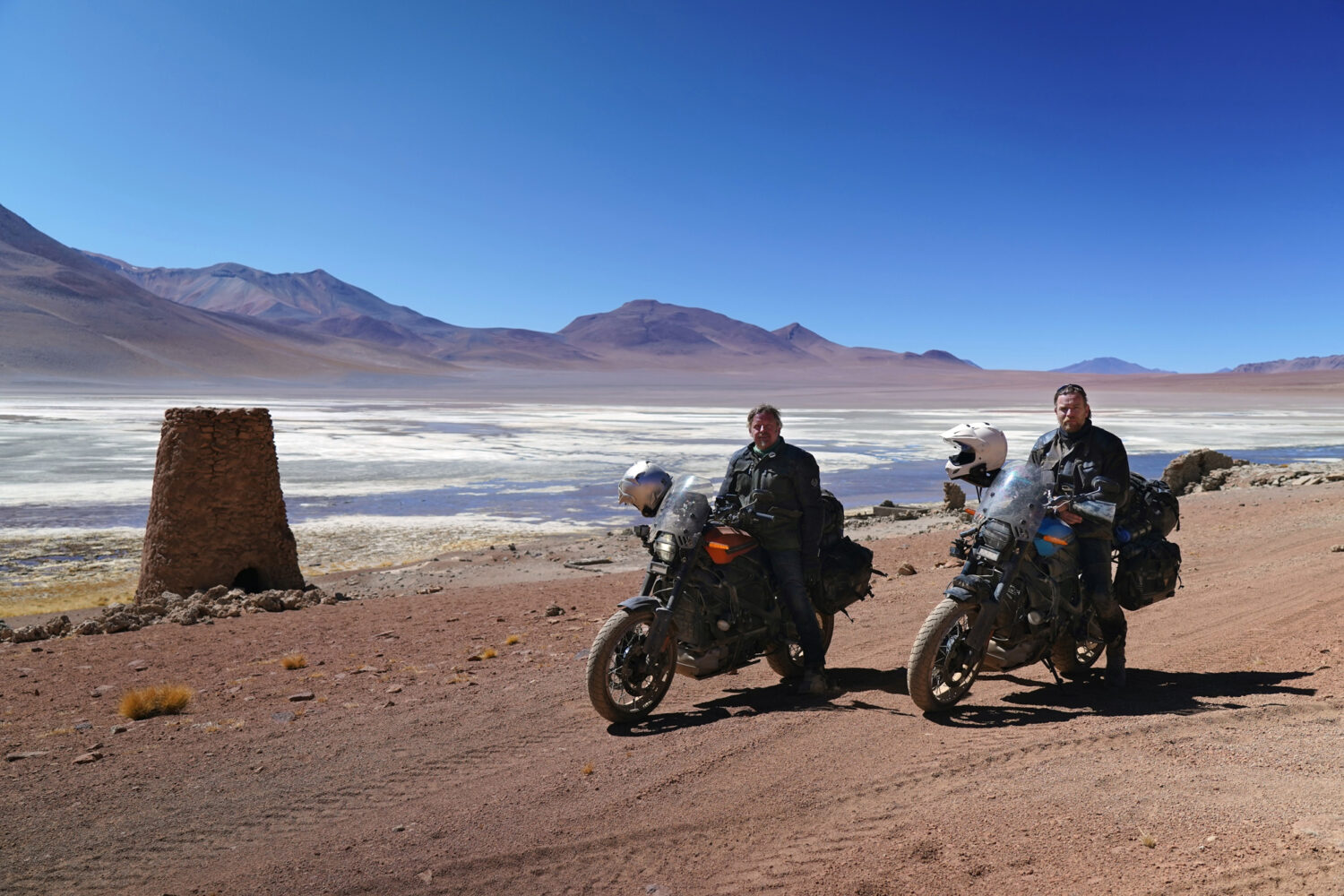 As a huge fan of electric vehicles and someone who looks forward to watching that technology advance, I enjoyed watching the team figure out how to do it. With that said, I also found it a bit distracting. It sometimes felt as though the program was more focused on being the first at something and less about the travel itself.

Ewan and Charley are always a good laugh, and they have a huge team to support them. The bikes’ problematic charging systems, lack of a power system to support the installed chargers, and the drama that comes with that dominate the first third of the series. I felt it detracted from the travel and trip experience. As a trainer and traveler, I always cringe when I see major mistakes that are from lack of knowledge and preparation, and the show abounds with these types of errors. I would have expected better preparation on personal skill sets on the third installment.

After the growing pains of learning the charging patterns and daily flow, the show begins to feel like its predecessors, shifting the focus to travel. With engaging cultural stops and beautiful scenery, the trip becomes alive. They face the normal, or not so normal, breakdowns and use their incredible support team to face those problems.

I wish more productions of this type existed. It’s the type of reality television that I can actually stomach, and I hope to see more. Have a watch and be inspired to start planning your next big excursion. Stream it on AppleTV+.

Born and raised in the mountains of Colorado, Sean Gorman was born to explore. After climbing the highest peaks in the US, he set his sights on guiding some of the highest mountains around the world. His first car, a 1961 Land Rover Series II-A (that he still owns), became a tool, and he learned his love of off-road exploration. Combining the guiding skills from multi-month mountain expeditions and his love of off-pavement vehicle-based travel, he started his own business. He now consults on vehicle development and designs driving programs for automotive manufacturers. If you can’t find him in some remote corner of the world, you might find him piloting his vintage airplanes around the sky.