If you were to thumb through the catalog of All Things Australian, not to say there is such a thing, somewhere between didgeridoos and Vegemite you would surely find Blundstone boots. Affectionately referred to as “Blunnies,” these unique boots with their signature elastic ankle panels and lace-free uppers, are time-honored legends of footwear and iconic boots of the outback. If Australia had an official boot, this would likely be it. It’s been a couple years since I first started wearing this pair of 550s and at the risk of offending all of my mates down under, I’m not sure I’m overwhelmingly impressed. Their story is interesting, though.

Blundstone, as it is known today, began in Hobart, Tasmania more than a century and a half ago. That’s a long time to perfect what is now a modern classic, or maybe enough time to cheapen it, I don’t know. It also explains the boot’s ubiquitous usage in the outback as well as its growing popularity around the globe. Although Blundstone offers a complete line of work and safety boots, it is their classic slip-on series that most people recognize as the genuine article.

The 550 is, I will admit, a stylish boot with all the elements of a classic Blundstone. The 2.3 mm top grain leather upper is virtually seamless creating a uniform and comfortable interface between foot and boot. The elastic ankle panels make slipping the boots on and off a breeze, yet afford a surprisingly secure fit without the need for laces. The glove leather lining, polyurethane midsole, and a PORON® pad under the heal strike zone do their best to provide all-day comfort. A steel shank gives the boot additional stiffness and the TPU outsole does the hard duty of resisting damage due to oil, acid, and temperatures up to 280°F. For a pair of boots that appear as complex as a fence post, there is a surprising amount of thoughtful design that goes into each pair. 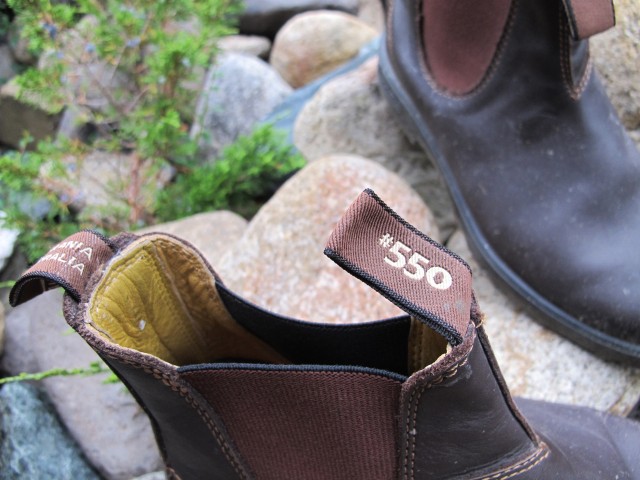 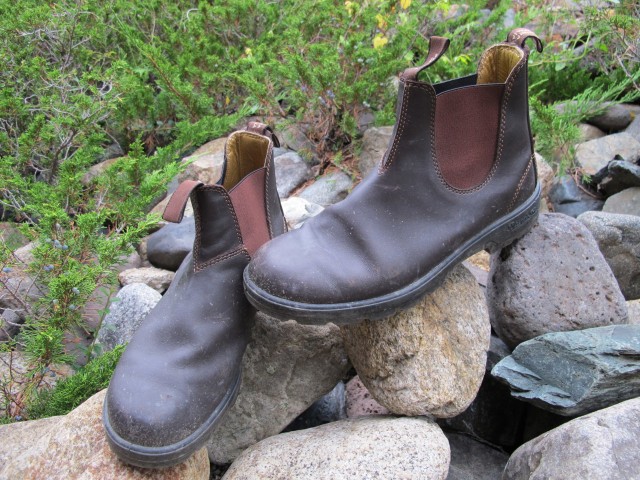 So why am I not blown away? They feel kind of cheap. I’m perhaps being a little critical, but over the span of two years, they’ve not developed any interesting patina, but they have started to somewhat lose their shape and now feel a little floppy on my feet. At just 2.3 mm, the leather is thin, perhaps too thin. Slipping on the boots they now feel like leather socks, which I guess that could be a positive to some. That thin construction does make them breath well in warm temperatures, a desirable feature in the heat of the outback. I will say, they haven’t failed in any way and the sole is even holding up reasonably well. I just can’t seem to find a reason to really love them. Overall, they seem woefully average for a legend of the bush. And with that, I wonder if I’m now banned from Australia.