For travelers who are on the road consistently (both weekend warriors and full-timers), having an auxiliary method of transportation like an e-bike can be a fun and valuable addition to your setup.

For instance, using an e-bike to scout the trail ahead before committing to hauling your trailer down that new road could potentially save you lots of time and effort. And once you set up your camp, an e-bike is a fun and easy way to explore your new surroundings without having to move your trailer or truck. Because of the longer ranges that modern e-bike batteries now allow, you can even use them as utility vehicles to run errands and small resupplies. 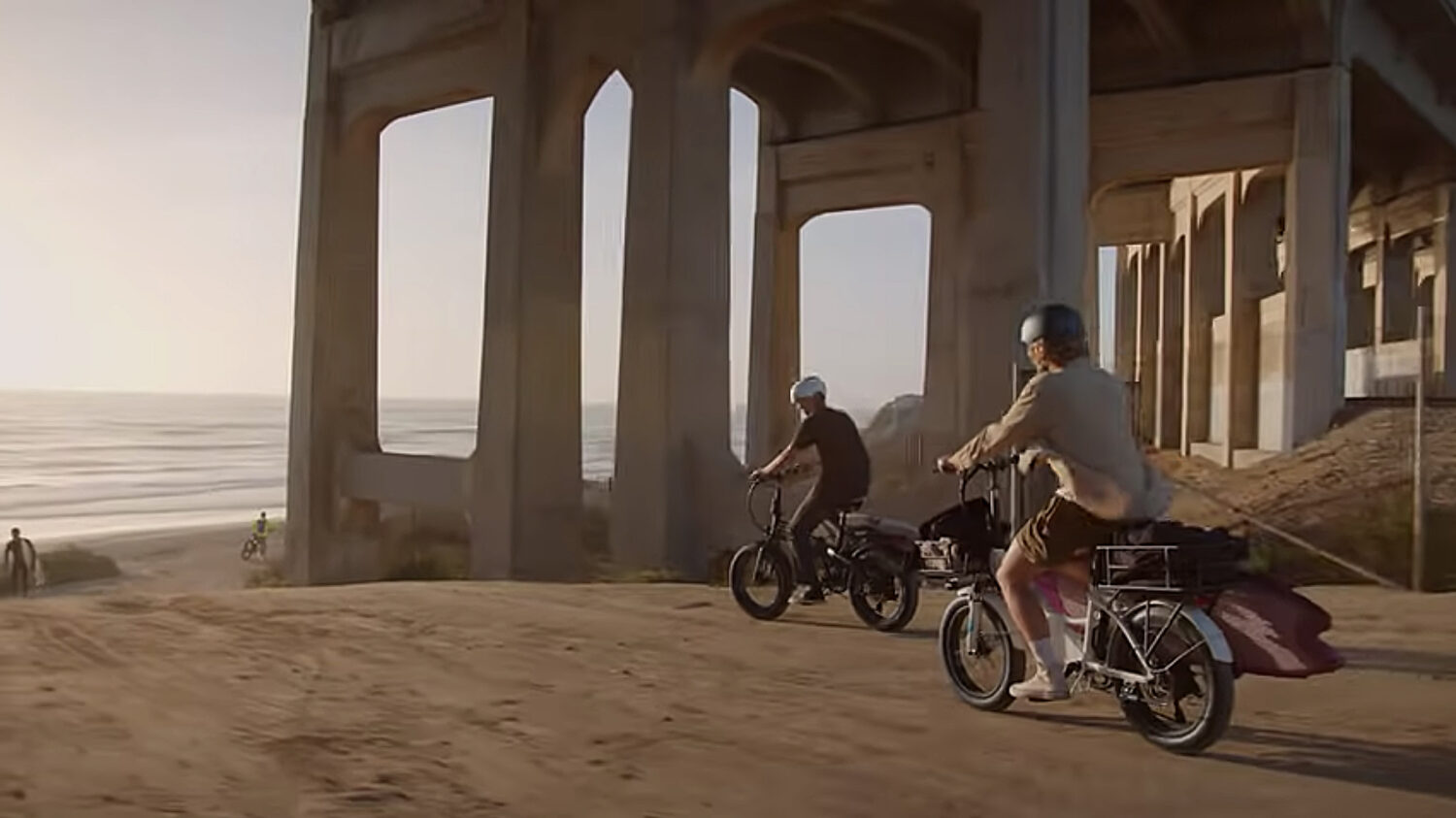 One e-bike that has recently caught my attention is the Lectric XP 2.0 folding bike. This mountain-inspired ride is an updated version of Lectric’s original XP and comes with a handful of new features that were requested by customers. This includes front suspension, 3-inch tires, mounting points for front and rear racks, a bike lock mounting point, wider handlebars, and an IP65 rating for water resistance.

Let’s starts with the often overlooked task of assembling a bike that is shipped directly to your door. This often results in hours of work, and that’s if you have the right tools for the job. In this regard, the XP 2.0 has a leg up on the competition. Because of its folding frame, it can be shipped pre-assembled. This means that aside from a few adjustments for an individual fit, it should be practically ready to ride right out of the box. 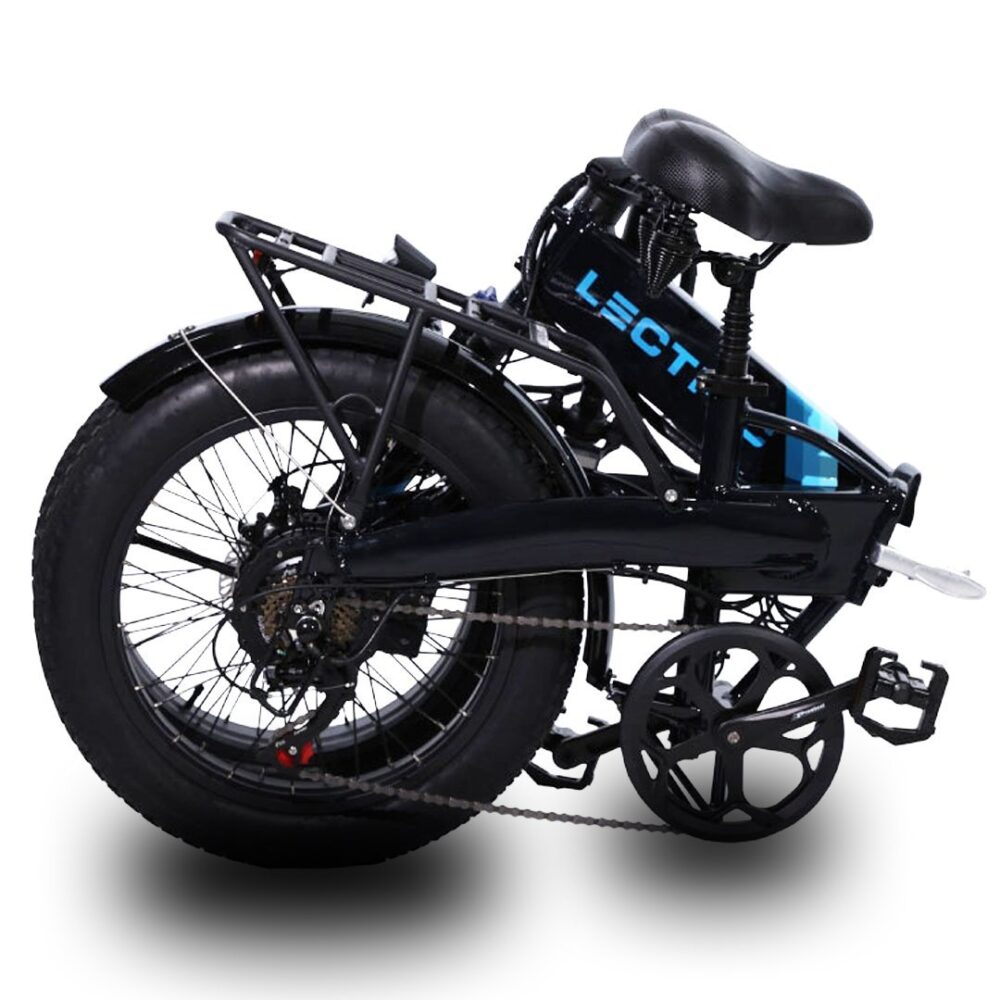 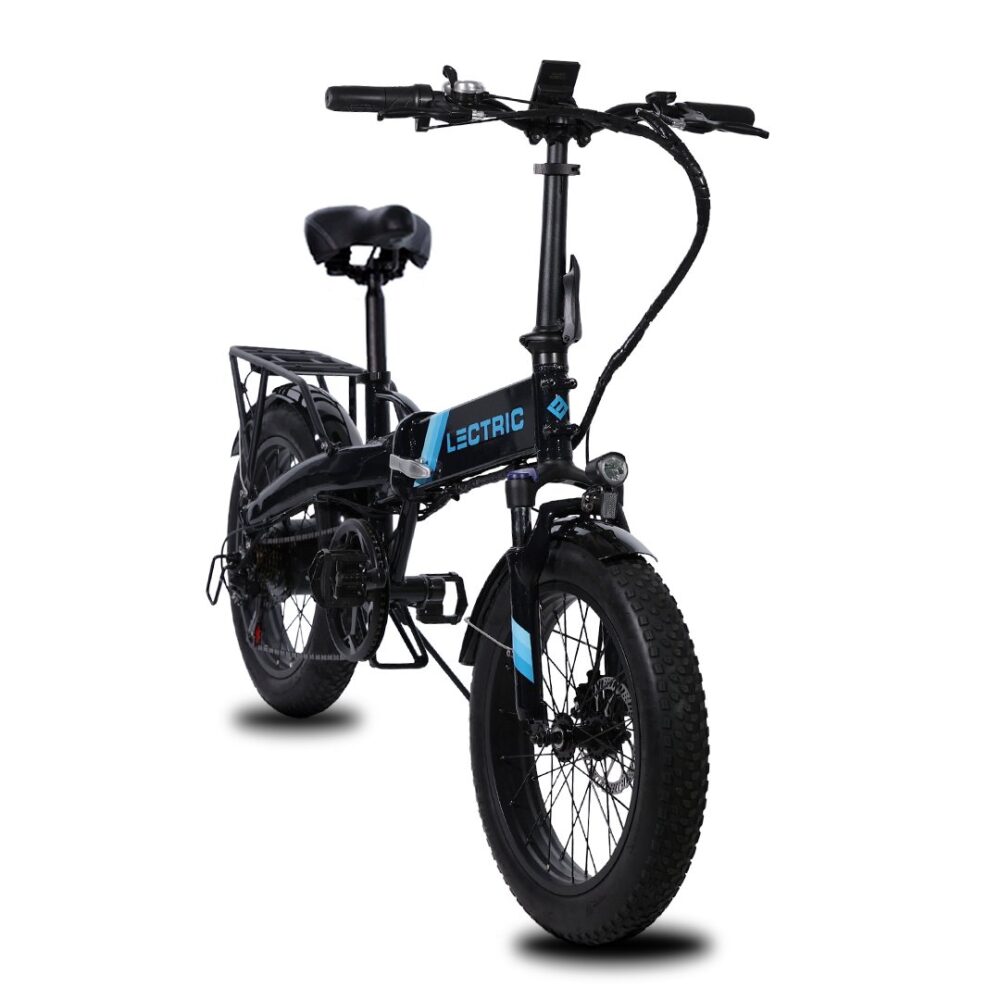 As I mentioned above, this bike has been updated from version 1, with the addition of mounting points for front and rear racks. This makes the XP especially well-suited for utility uses, like picking up groceries from the supermarket or hauling a surfboard to the beach. With a maximum payload of 330 pounds (gear + rider), most users will enjoy ample cargo capacity.

At the heart of the XP is a 48-volt, 9.6 amp-hour lithium-ion battery that powers its 500-watt motor. With five pedal-assisted riding modes, the XP can reach top speeds of 28 mph and has a maximum range of 45+ miles on a single charge (when riding in mode 1).

At 63 pounds, the XP is significantly heavier than a standard bicycle, but it is also significantly lighter than a motorcycle or dirt bike. You can potentially haul it using a standard bike rack (depending on which model you have), but thanks to the fact that it folds, it can also easily fit in the bed of a truck, on a roof rack, or potentially in the trunk of your vehicle.

Finally, it’s not a feature, but certainly a factor when considering your options: the XP 2.0 is priced at $999 which is considered affordable by e-bike standards.

Since I have not had the opportunity to test the XP 2.0 myself, I’ve included the video below for your consideration. I think it does a great job of breaking down the differences between the original XP and version 2.0.

Learn more about the XP 2.0 on the Lectric website.