We’ve all seen the Jeep wrangler truck conversions that have become so popular lately. There’s the Mopar JK8, the AEV Brute, and the Rubitrux conversion package available; but all these great kits have one common flaw, they’re expensive. In fact many of them easily climb into the $50,000 range which for most people, just isn’t practical. So if you’ve fallen head over heels for the idea of a Jeep sporting a bed, but don’t have bundles of cash lying around, then check this truck out. It’s a 1982 Jeep CJ Scrambler that underwent a full restoration just 2,500 miles ago and received a few tasteful modern flares along the way.

Beating at its heart is a Chevrolet 350 small-block V8 that has been upgraded with an Edelbrock intake and carburetor, as well as Stubby coated headers for plenty of power on the trail. To distribute that horsepower more effectively, a 700 R4 transmission with overdrive was connected along with a 208-transfer case and Stubby drive shaft with double caravan joints. The owner then moved on to improve clearance and off-road performance by installing a 3″ lift kit with Rough country shocks and a 1″ lift Morris reverse shackle. Although it goes unmentioned, the interior appears to have received its fair share of attention as well. The original seats have been removed in favor of leather Corbeaus and an updated dashboard has been installed that not only looks great, but features the traditional gauge cluster. Strangely, there appears to be several other upgrades that go unlisted on this ad, leaving us to wonder what other cool surprises this clean truck has in store. Although it lacks some of the cutting edge equipment found in the modern variants, this very clean Scrambler also lacks much of the price, making it a great option for your next weekend outing or overland adventure.

new brakes all around 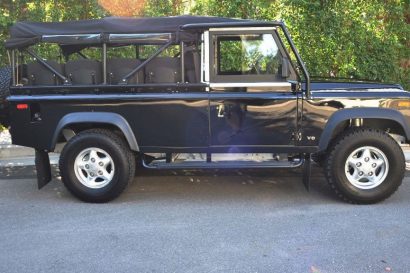 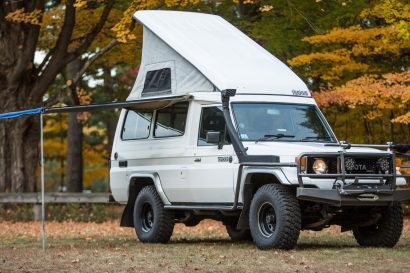