If you’re a bonafide car guy you’re well aware that Porsche prices have gone through the roof lately. Anything air-cooled in particular has exploded in popularity and vehicles not worth big bucks ten years ago, are now fetching eye watering sums. There are a handful of cars that are so rare, they have always been expensive and difficult to obtain. The Porsche 597 Jagdwagen or “Hunting Car,” is certainly one of them. 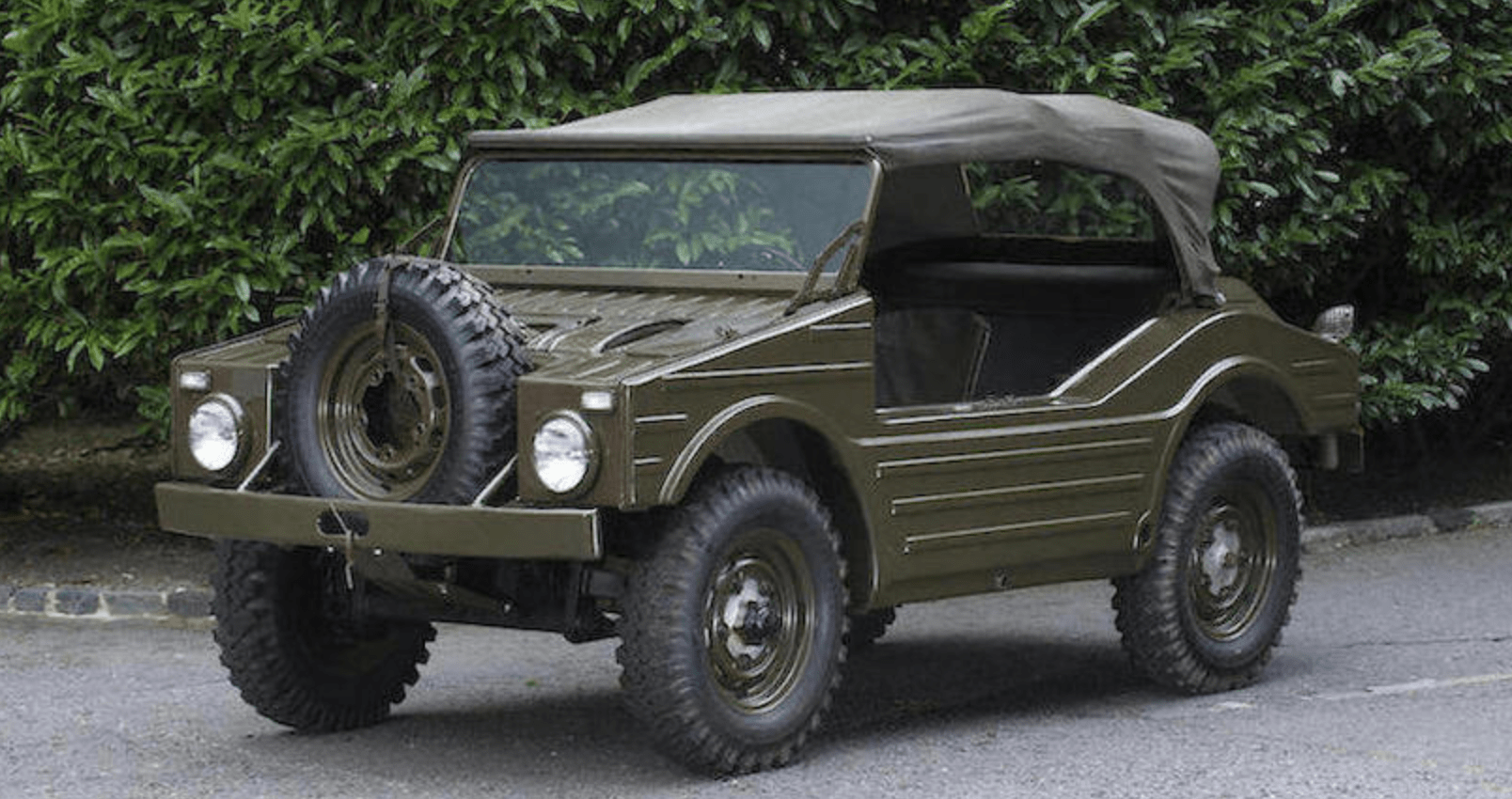 Made from 1955 through 1958 the Jadgwagen was never mass produced and was initiated as a prototype program to offer military vehicles for the German Army. Only 71 vehicles were made during those years with 49 of them ostensibly built for the civilian market. The 597 was powered by the same induced air-cooled flat-four used in the brand’s popular 356 sports car. Placed at the rear of the car, as they were prone to do, the 1.5 liter engine produced 50 hp. That was sufficient enough to propel the 2,400-pound car to 60mph. A 5-speed manual transmission was paired to a four wheel drive gearbox which could be moved from two wheel, to four wheel drive at speed. Other unique elements of the car included a buoyant and doorless body built buy Karmann coach works.

This particular Porsche 597 recently sold for $233,000US through a Bonhams auction. To put that into perspective, the entire program in the 1950s cost 1.8 million Deutsch Marks, or the equivalent to 74.8 million dollars in today’s currency. If I did my math correctly, that makes this car worth well over a million bucks by Porsche’s own investment. What a bargain! 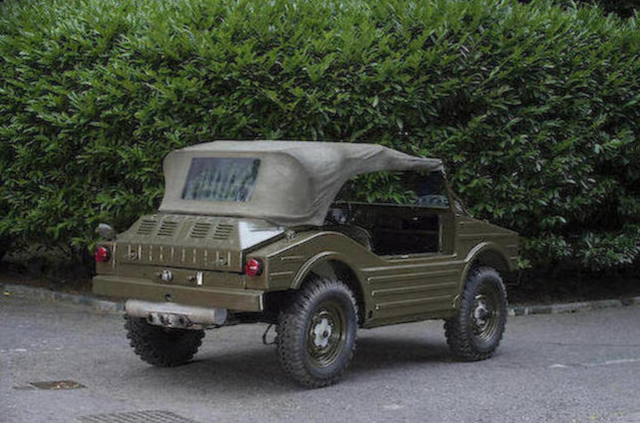 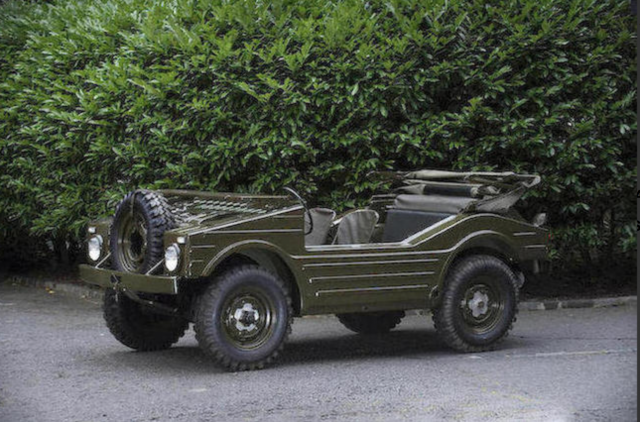 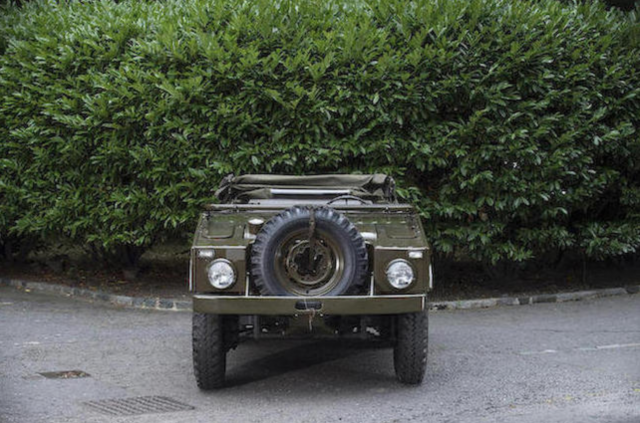 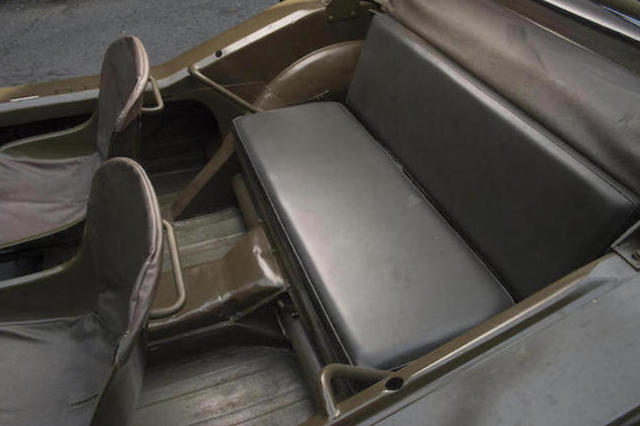 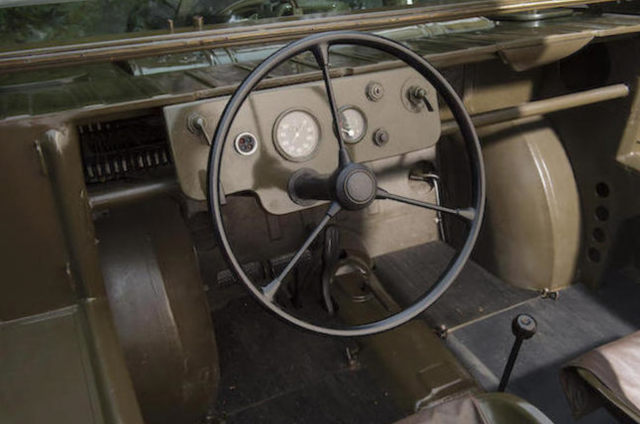 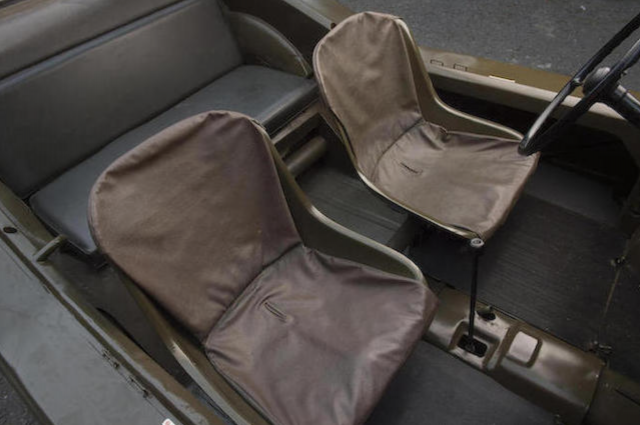 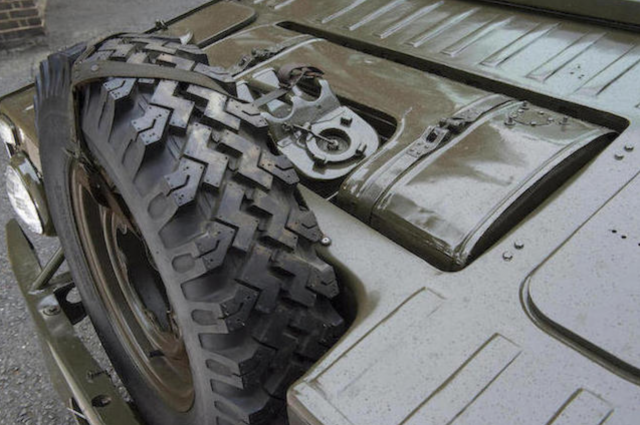 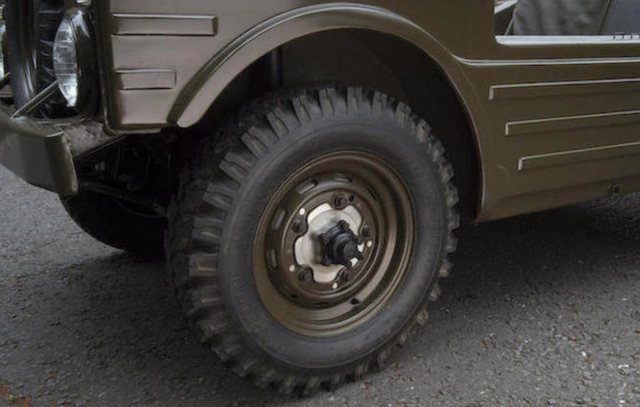 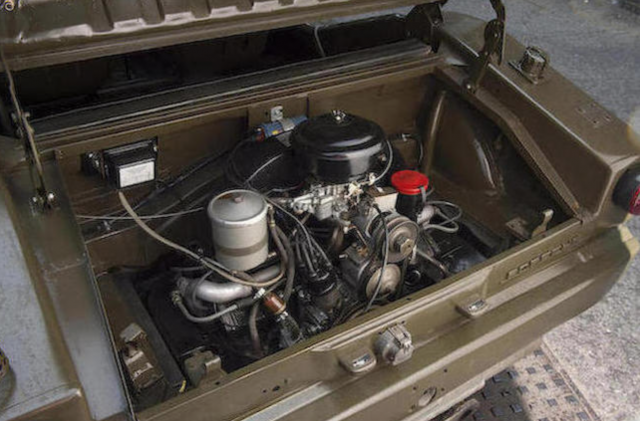 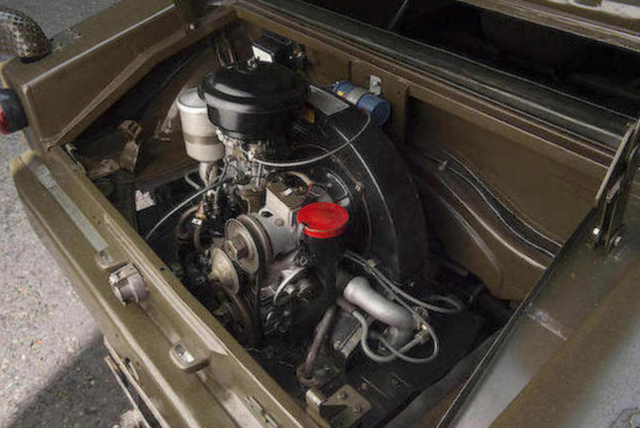 To Bumper or Not to Bumper. That is the Question.

Head to Head: Refrigerator or cooler 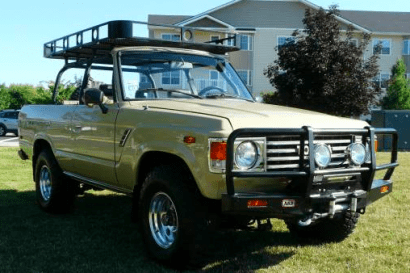 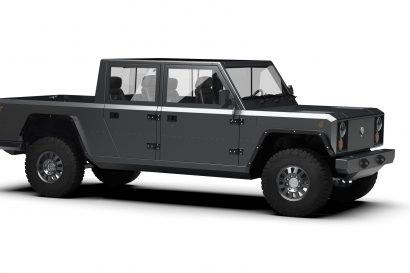 Bollinger’s B2 Makes Us Want To Go Electric