It would be impossible to wiggle behind the wheel of this Defender 110 and not want to go someplace far, far away. Born of utility, this Defender did its military service for the British Army until 2009 when it was carefully restored and improved with a host of key modifications. Lefthand drive, it’s as authentically British as tea with the Queen. Legally imported, and located in New York state, this piece of automotive history can be yours if you act quickly.

From the eBay auction:

Welcome to an auction for a 26 year old Defender 110 Tithonus.” E Bay does not recognize foreign VIN numbers so this is why 1980 appears above. This is possibly the best condition 1987 Land Rover you will ever see. It is completely different from the usual worn-out ex MOD usually on sale. This Defender was put into service with the British Army from new. I am the 2nd owner.

During approximately 2009/10 the vehicle went through the MOD’s Project Tithonus you can find info on project tithonus on Wikipedia . Work included a comprehensive overhaul of only the best Defenders already owned by the MOD. All the others that didn’t make the grade were sold off.

Project Tithonus was a cost-saving measure by the MOD. It had a requirement to only use vehicles that were up to current health and safety standards. Therefore instead of purchasing a new fleet of vehicles it chose to refurbish the best of the existing stock. This refurbishment, known as Project Tithonus was to make the vehicles fit for service and meet current health and safety standards for at least another 10 years.

The refurbishment this Defender went through included:

After all of this work had been carried out some of the vehicles were sold off. This was due to down-sizing and a requirement for more armoured vehicles suitable for current deployments. Which is why this one became available.

It still has the original 2x SA80 rifle holders in the front and the radio/battery box in the rear. It is in fantastic condition. There are NO typical-Land Rover dents The chassis is absolutely pristine with no rust what so ever. It could be waxoyled to preserve it.

There is no bulk-head rot or footwell rot as can be found in much newer Defenders. It drives superb with no unusual clunks and bangs , no wines on the gearbox or axels and gearbox is smooth , engine fires up straight away.

The usual Land Rover specifications for this Defender are as follows:

The odometer is showing 144,000 km, which is 90,000 miles. Extremely low for the age. This is the original odometer so the millage is even less since the refurbishment in 2009. It really has done no work at all.

First Overland: London-singapore By Land Rover
by Tim Slessor
From $11.99From CAD$22.34 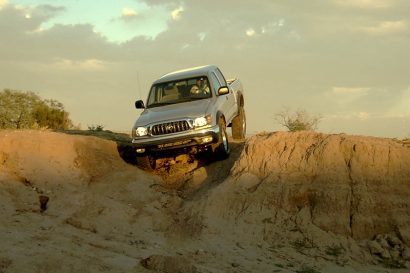 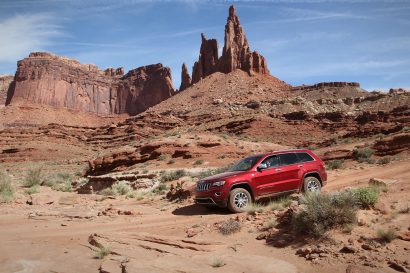 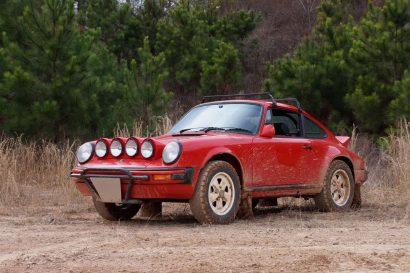