Humans are creatures of habit. We hate change; it’s in our DNA. So when Jeep announced the Jeep Wrangler would be going under the knife yet again, the anxiety in the off road world quickly became palpable. Since Jeep is keeping the beloved Jeep’s fate close to the chest so to speak, let’s ease our anxieties by exploring the evolution of the Wrangler thus far. It would certainly be justified to begin with the 1940 Willys Quad, but the Quad wasn’t a Wrangler, nor was the CJ-5 or the CJ-7. The Willys Quad was created as a wartime effort and the CJ series (or Civilian Jeep) was a transitional vehicle that was intended to see more farm road than paved road. The “Wrangler” designation didn’t appear until 46 years later when, in 1986 the very first Jeep Wrangler was introduced as the YJ. So, let’s start there. 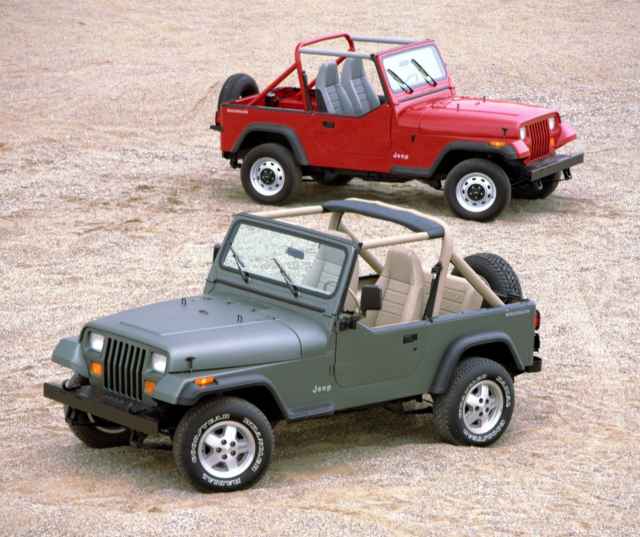 Fitted with the iconic seven slot grille, easily one of the most recognizable fascias in automotive history, and a pair of square headlights, the YJ earned its spot in history as the first Jeep Wrangler. Like its predecessors, the YJ had many of the same external cues that dated back to its roots. There was a removeable top and doors, boxy external dimensions and a scant utilitarian design that harkened to simpler times––a time before HVAC and audible sound systems. Other than a nip here or a tuck there, the YJ was as equally unrefined as its predecessors. The trailer-esque tail lights jutted out and threatened to break off at the sight of each passing rock or tree branch, the top leaked and loudly buffeted at speeds above 5 mph, and the leaf sprung suspension kept chiropractors busy. The alarming lack of basic creature comforts (which curiously added to the charm of owning one) didn’t seem to bother off road enthusiasts who purchased them to the tune of nearly 60,000 units per year. Between the 1987 and 1995 model years, Chrysler was able to sell a total of 557,412 Wranglers without making any major improvements over the course of production. 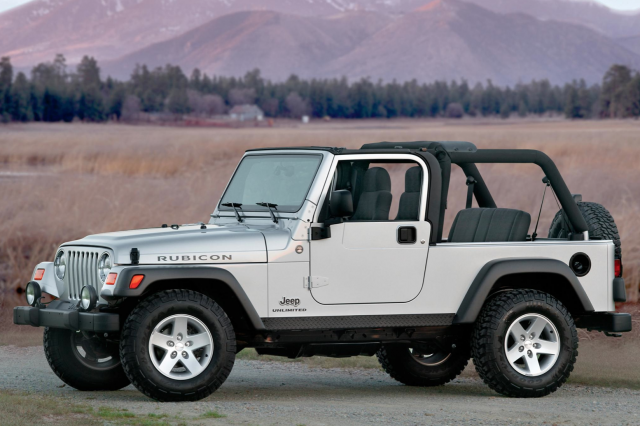 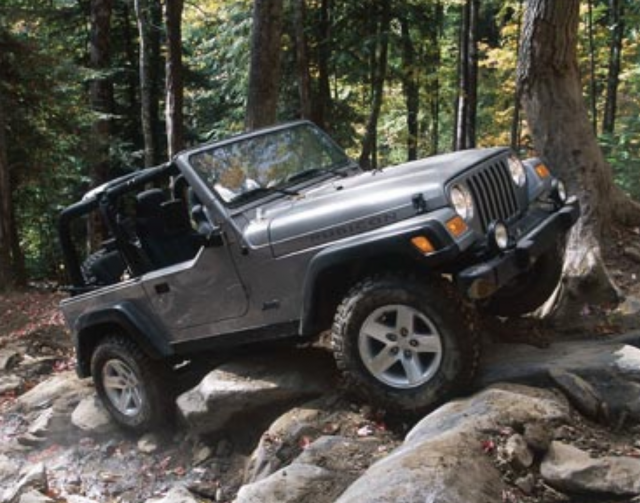 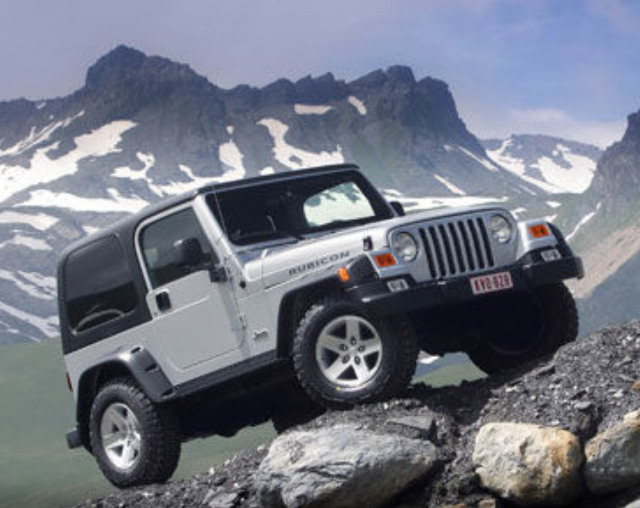 Despite relatively decent sales (for a niche market), nearly half of the individuals who were interested in Wrangler ownership were turned off by the loud, harsh ride and lack of amenities. Evidence of this appears in the close to doubled total sales figures (965,465 units) of the greatly improved next generation Wrangler: the TJ. However, discerning customers would have to wait a year for the highly anticipated YJ replacement as there was no 1996 Wrangler.

By the end of its first year in production the TJ had sold 149,073 units, nearly tripling the average annual sales of the YJ. This was mostly due refinements such as coil spring suspension at both ends, an improved hardtop, and stiffer frame. These changes immensely increased driver comfort over the agricultural driving experience of its predecessors thus, quieting many of the of former critics of the model. If the YJ was the transitional vehicle from the farm to the roads, then the TJ would transition the platform into a modern road-worthy vehicle. To the delight of Jeep enthusiasts, the coveted round headlights reappeared, and to the confusion of some, the front turn signals were moved from the grille to the fenders. As a complete redesign normally entails, the interior also saw improvements. The row of individual gauges that once spanned the dash were replaced with a modern, easier to read gauge cluster and the seats received increased bolstering to lessen driver fatigue.

The improvements made from the YJ to the TJ were substantial, but Chrysler engineers still had plans on the horizon. In 2003, Jeep released what they called the “most capable vehicle in its storied history”, the Rubicon. Drawing its namesake from the popular Rubicon Trail, this upgraded Wrangler came with a fixed yoke 4:1 Rock-Trac transfer case (compared to the NP-231 which was outfitted with ratio of 2.72:1) and selectable lockers located in a pair of Dana 44 axles. The Rubicon also came standard with Goodyear MTR P245/75-R16 tires mounted to 16 inch aluminum alloy wheels. To ease the larger mud terrains into place Jeep fitted 1 inch wider fender flares at all four corners and increased the suspension ride height. To help with the effects of turning larger diameter tires, Jeep also fitted the axles with a 4.10:1 ring and pinion. These changes proved to be a potent combination for rock crawling enthusiasts and once again demonstrated Jeep’s mettle in the hardcore off road community. Unfortunately, the low gearing that made the Rubicon such a potent rock crawler became its Achilles Heel in loose terrain where high revs are sometimes required for forward momentum.

One of the major drawback to owning a Wrangler up to this point was a lack of interior space. The tiny platform left little room for passengers, a situation that was amplified for those who dared contort their way into the back seats, let alone trunk space for gear or groceries. In 2004, in a successful attempt to alleviate this drawback, Chrysler stretched the wheelbase ten inches improving the wheelbase from 93.4 inches to 103.4 inches thus, giving birth to the “Unlimited”, or LJ Wrangler. This extra length not only provided back seat passengers with much needed legroom, but also turned the rear cargo area into usable space. The extra wheelbase also provided better road handling as well as a slight bump in towing capacity. The Unlimited could also be ordered in Rubicon trim for the ultimate Wrangler experience. Testifying to its success, the LJ Rubicon still fetches a pretty penny with stock examples doubling the asking price for a standard TJ at nearly $18,000 dollars.

The Wrangler has steadily evolved over time with each new addition bringing a better experience for the enthusiast. The LJ fulfilled the need for more space, but there was still an untapped market. Many a Wrangler owner had to sell off their prized Jeep once their first child was born leaving them to purchase the coffin nail to their youth: the dreaded minivan. Fortunately, in 2007 Jeep released the next generation of Wrangler affectionately known as the JK. With the advent of their newest model, Jeep included for the first time a four door Unlimited. 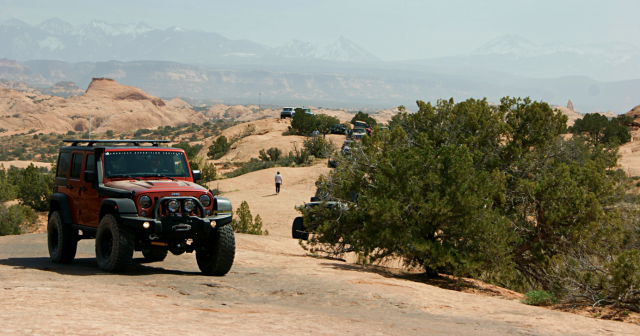 The JKU has proven to be the most successful Wrangler to date. The numbers of happy owners continues to grow as JK’s continue to roll out of the factory and spill over onto trails across the globe. For those seeking a contemporary touch, the JK can be outfitted from the factory with virtually any modern option including GPS, satellite radio, Bluetooth radio with 40 gig hard drive, heated seats, etc.. Having recently tested the hill descent control in Moab, I can only sing its praise. Purists will say that the electronic nannies take away from the driving experience but I have to strongly disagree. The difference between holding the brake while your rig helplessly slides all four wheels down a steep obstacle vs. a safe controlled descent is more than a luxury it’s a great safety feature and has far less impact on the environment. Dealer modified Wranglers are also available with many of the typical aftermarket modifications already installed.

Jeep Performance Parts, an arm of Mopar, now provides Chrysler with a share of the massive Wrangler aftermarket with their own line of bumpers, wheels, recovery gear and other off road related items (although, many appear to nothing more than licensed copies of popular aftermarket brands such as AEV or Warn). Jeep will also be offering axles directly from Dana Axles including the popular Dana 60 for both front and rear drive duties.

Not unlike the Wranglers that came before it, the JK and JKU come in many different trim levels including the Rubicon. They have been available in many different limited color schemes from military-esque greens to Earth tones or even bold neon paint coatings. As of late there has been major speculation as to what the next model revamp will look like. Many worry as to the fate of its signature solid axles and removable top. It’s no secret that increasing safety and fuel economy restrictions placed on all vehicle manufacturers will certainly create challenges for the Wrangler in the years to come. Perhaps, with fingers crossed, we may even see a diesel Wrangler for sale in the United States -only time will tell. History has shown Jeep’s loyalty to its customers over the years, hopefully this will provide some comfort for Wrangler enthusiasts as we await the next generation. 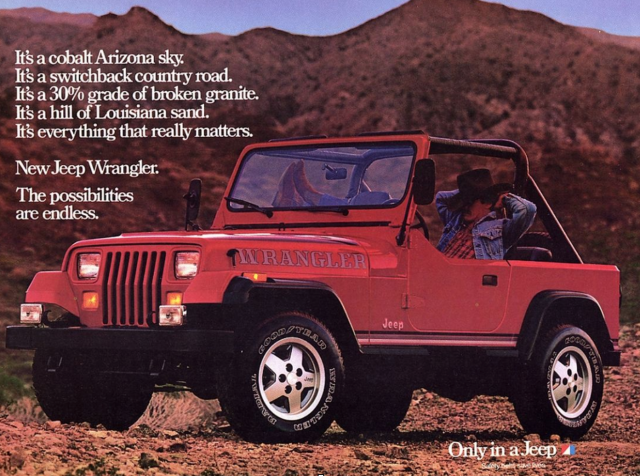 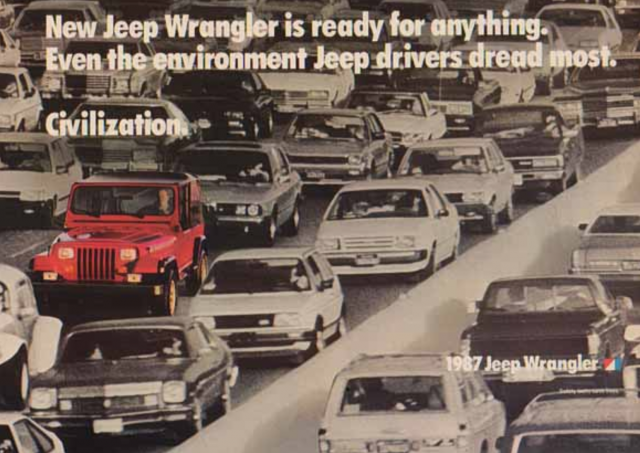 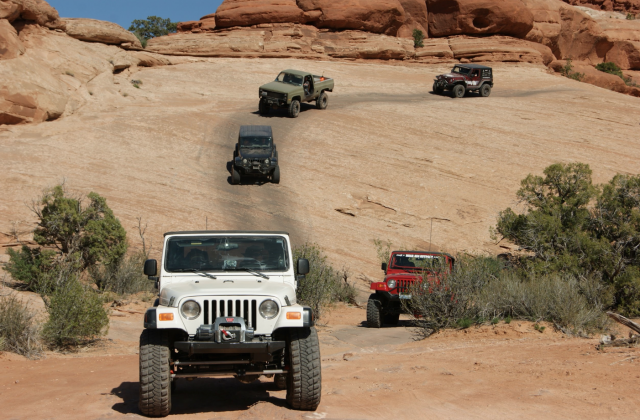 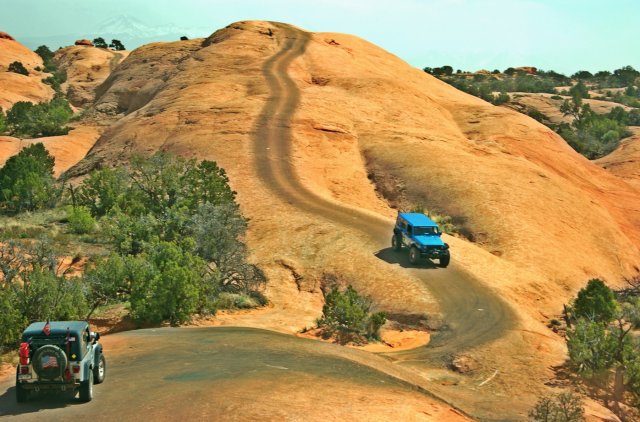 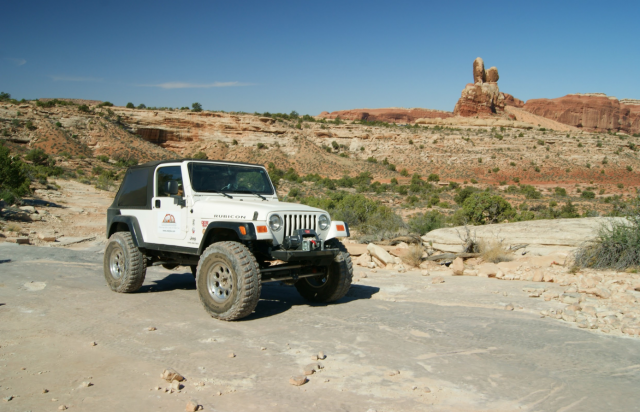 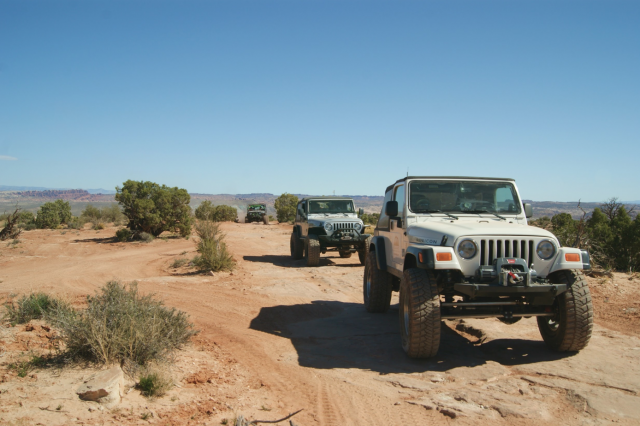