I am finishing this article less than two hours after driving the Forward Control concept vehicle from the Jeep design team. We will add more images and detail in the coming days, but I wanted to give those interested an initial drive review.

The F-C is another important project for the Jeep design team as it continues to push and reinforce the brand emphasis on utility and brand heritage. While other US brands have bloated and softened their product lines at nearly the same rate as American waistlines, Jeep has actually become more capable and more purposeful (no, I will not use the word authenticity, which now has as much meaning as synergy or excellence. . . puke). The point here is that Jeep’s design team gets it – and not just at the level of enthusiasts, but even beyond that by making concepts that even the enthusiasts get all giddy about. This is an important distinction. Mark Allen and his team do not have focus groups or customer ‘needs’ pow wows, they are thinking of extremely cool vehicles that even the most die-hard Jeep enthusiast hasn’t dreamed up. Now understandably, vehicles like the NuKaiser and the F-C will never go into production, but real, breathing and desirable vehicles will be constructed from the DNA of these lustful objects.

There is also another critical result from these concept vehicles – they actually work. They are not just some clay, plastic and chicken wire rendition that needs to be viewed from 30 feet, these Jeeps actually run, drive and ‘wheel’ like a fourwheeler’s best daydream. It is shocking to me, but Jeep unleashes the media on these trucks, and based on what we can see, only 1 out of 10 of these people know a locker switch from a seat heater switch. Within a few minutes of arriving at our play area, I had jumped in several new concepts, but saved the F-C for last, most importantly so I could have a little more time. Ever patient, one of the Jeep design team members hopped into the seat next to me and said “I know you Scott – lets have some fun with it”; and off we went, trundling down the trail barely able to see because I was laughing and smiling so much. 30 seconds in and I had declared the F-C to be Mr. Toad’s Wild Ride, a fanciful combination of ‘Tonka truck fantasy’ and ‘I cannot believe they are letting me drive this’.

Immediately, I was taken by two things: 1. You are WAY up in the air 2. This things drives WAY better than it should. My test loop started with a cambered sand track that forced several of the other concepts to drift down slope and require a bit of throttle and counter-steer to correct. The long wheelbase and wide track of the F-C held the line and even at about 20 degrees of side slope, it felt stable. Sitting just above the front tires, I expected the truck to bounce uncontrollably, but it didn’t, so long as you didn’t push the speed to much. Given that the F-C is a one-off concept, the spring rate and shock valving was 95% there.  I would rate the ride as comfortable, mostly a contribution of the soft front spring rate and nearly perfect compression valving. I just ambled along, climbing long slickrock fins and over various ledges and cross-axle obstacles. None felt odd or even difficult – we never turned on a locker. Descending a 35% slope felt a little unusual, and not because the rear got light, but because all you see is the bottom, and all you can think about is that your face would be the crumple zone in any endo. Climbing was effortless. However, given all the F-C’s capability, all I could think of was how fun it would be to drive in the deserts of Africa, the bed loaded with a few drums of fuel, a live goat or two for dinner and some Tuareg, holding on to the roof and pointing east. Concept or not – this is one fun truck! 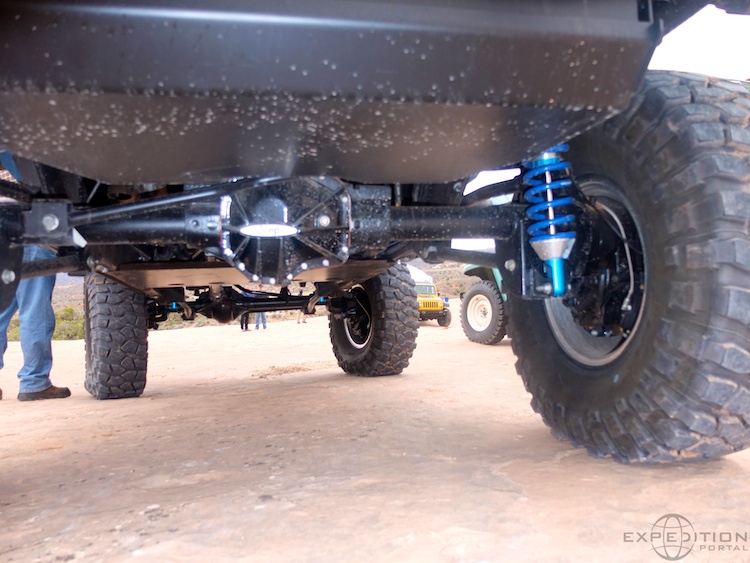 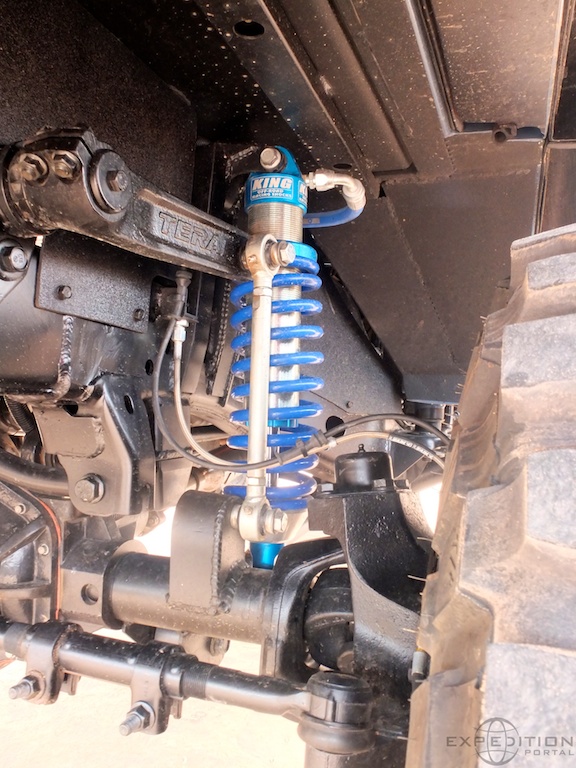 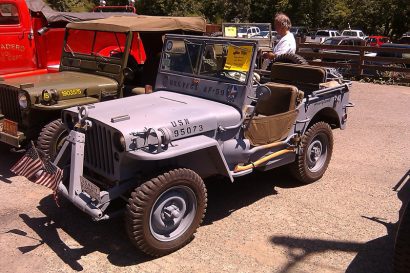 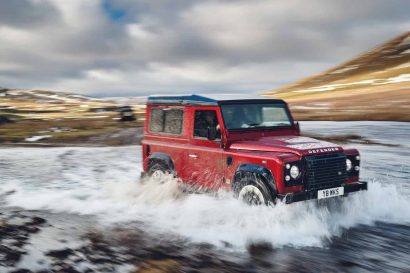