Whether you’re off to the northern reaches of Canada or Alaska, the Nordic countries, or Scotland this winter, you’ll be tingling with excitement to recreate the northern lights from photography you’ve been drooling over for goodness knows how long. Latin for the northern dawn, the aurora borealis displays a solar-powered jig of shimmering green swathes rippling across the sky. Here are the basics on how to capture Nature’s most spectacular after-dinner show.

Download a local alert app to determine the aurora forecast. Keep your eyes peeled on the KP index ranging from zero, for low activity, to 9—time to get your game face on. Only a guide, the coronal mass ejection can still be seen at KP 2. However, heavy cloud coverage isn’t conducive to seeing the swirls of light, let alone shooting them. Neither is setting up your stall near any light pollution. Aim for clear, dark skies with 0-20 percent cloud. 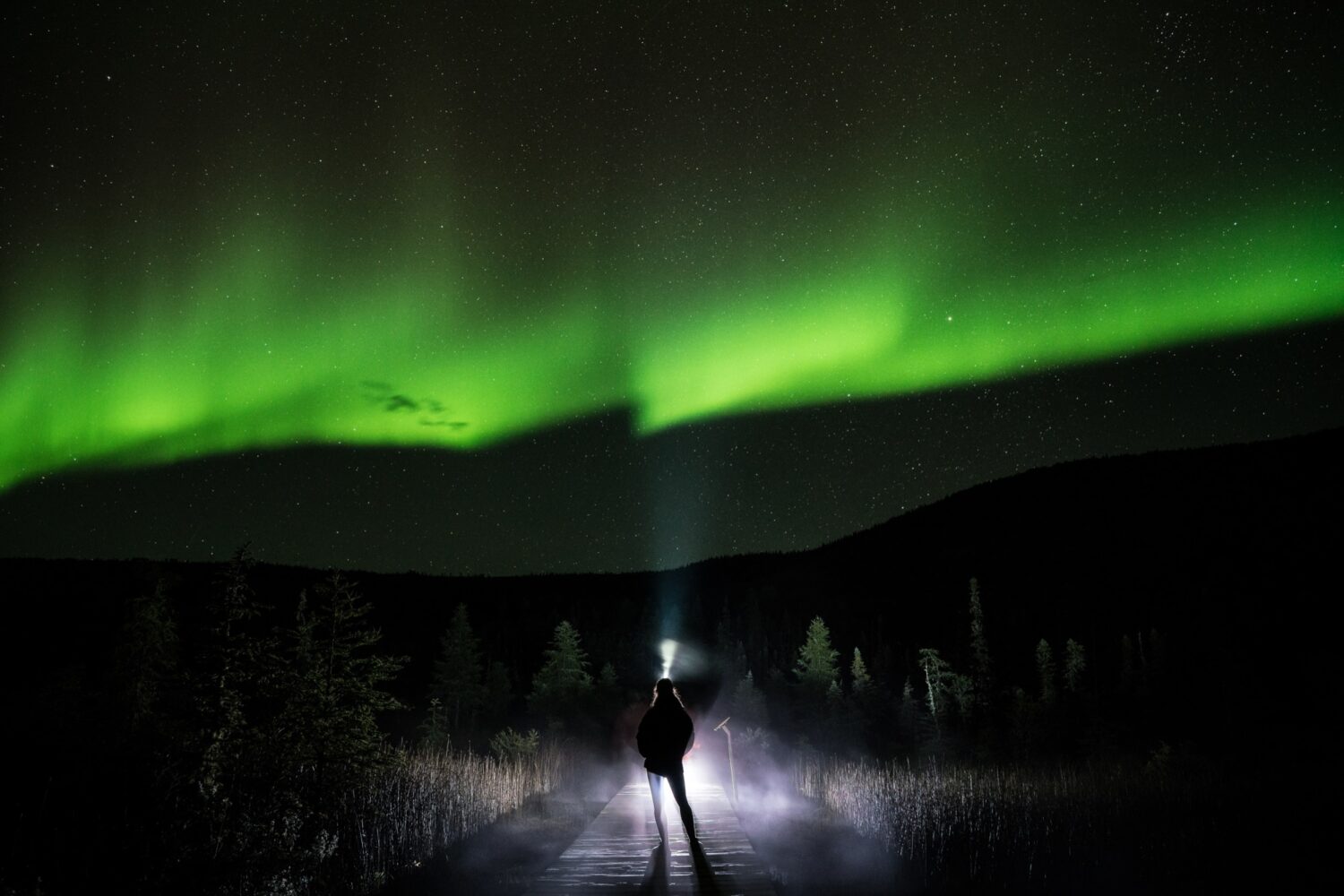 Bearing witness to the otherworldly spectacle can mean enduring inhuman temperatures. Insulate yourself for the conditions and temperatures in which you’ll be shooting. You could be stood for a while; wear gloves in which you can operate your camera, with winter gloves on top. Nothing burns like the cold—a hot flask, hand warmers, and a head torch (a red light won’t disturb your night vision) are priceless items in the field, too. When the aurora forecast looks promising, and you’re not plagued by bad weather, choose a spot with foreground and/or background interest such as trees, water, or a mountain. During the day, set up the equipment you’ll be using at night. When darkness descends, keep your face glued to the sky; some auroras flash in a fleeting moment. When the miracle lasts hours, it’ll be like prying a magnet off steel. 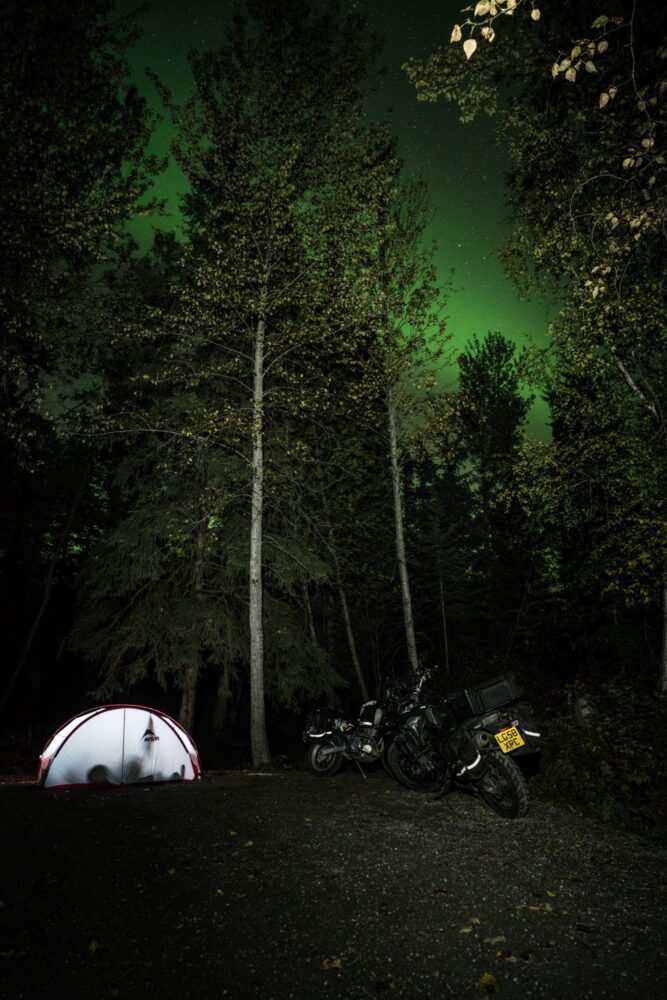 Spares Batteries (some run low in the cold, keep them close to your body) and memory cards 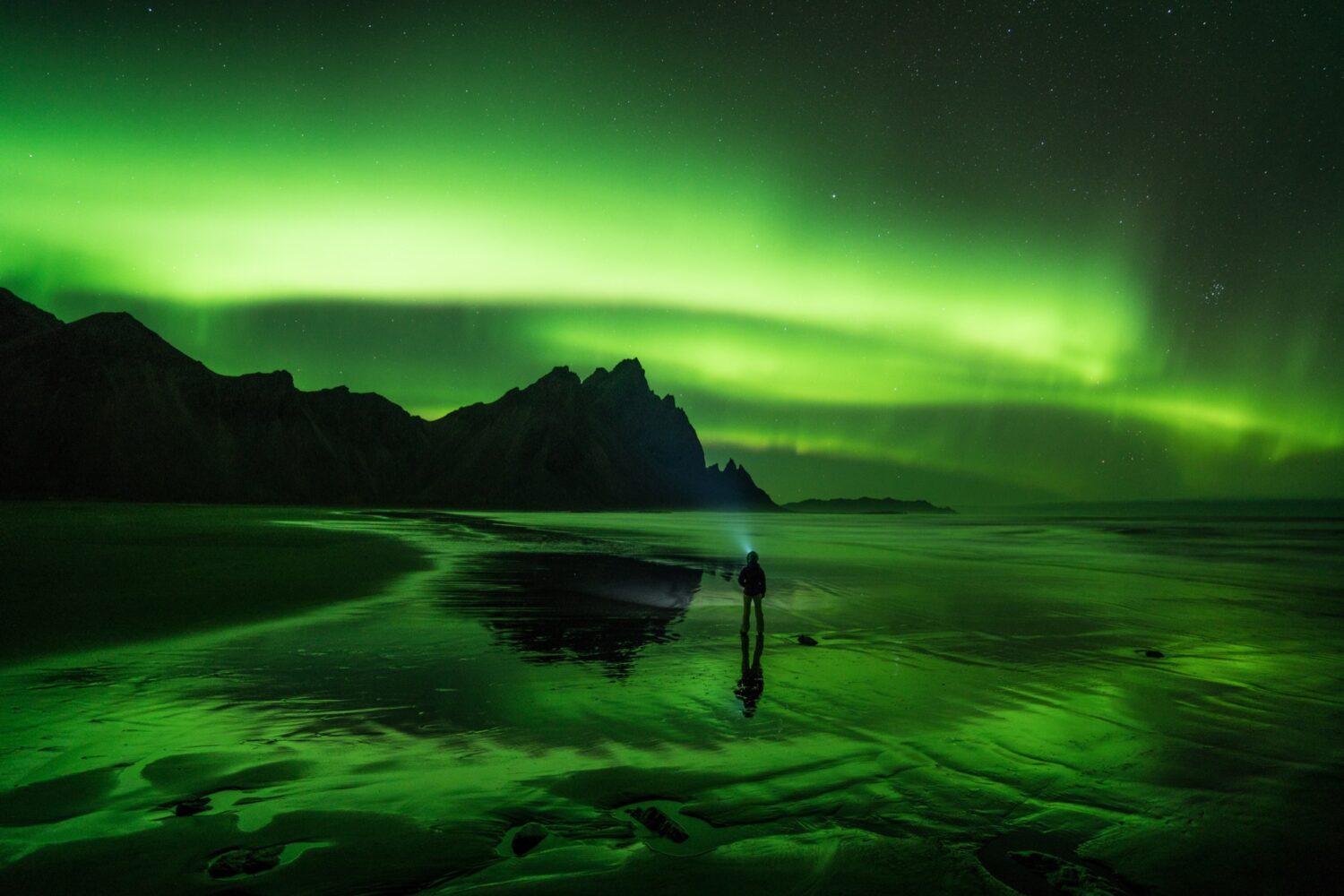 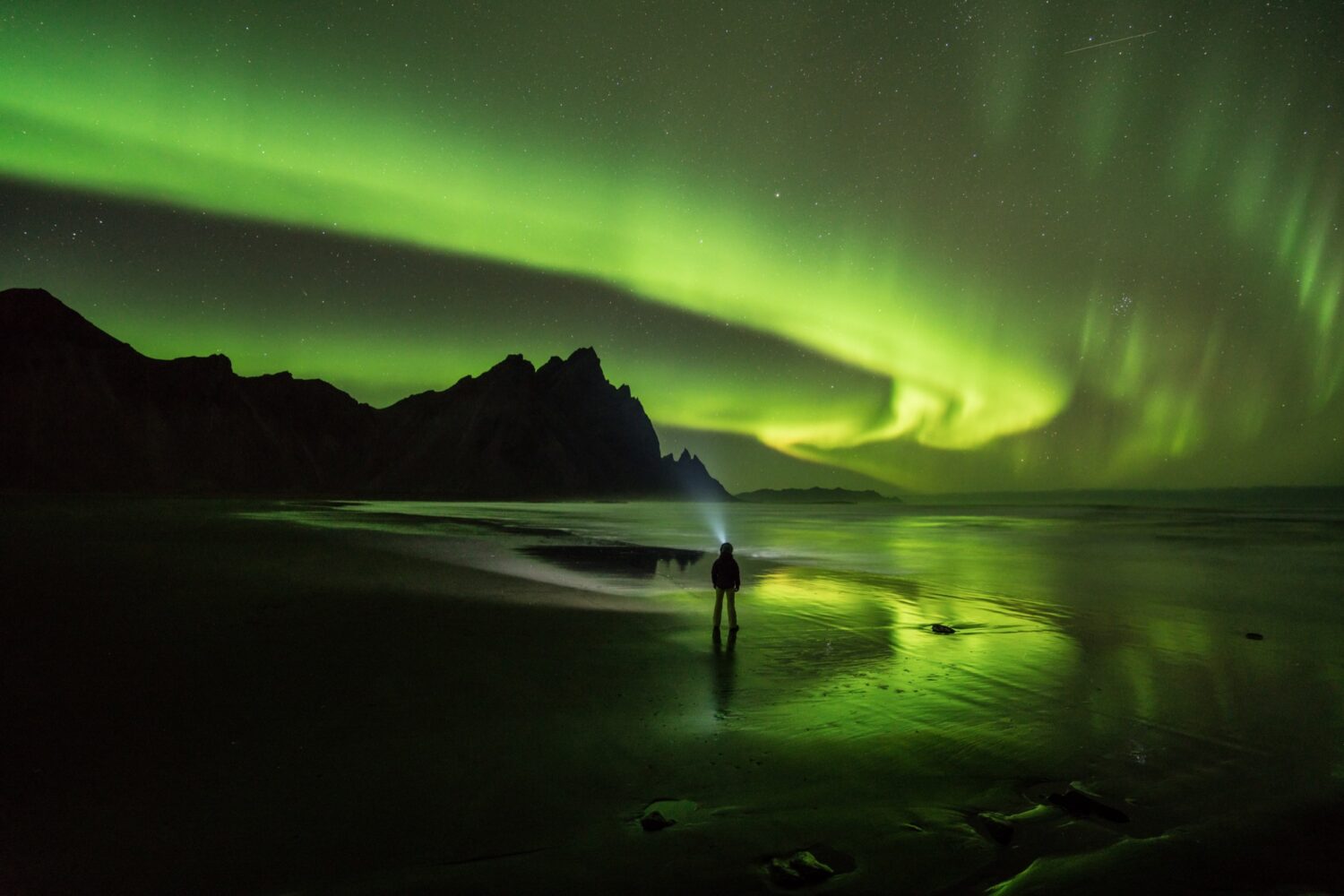 When photographing the aurora’s great curtains of green fire in vivid colour and sharp detail, keep refining the settings as the shafts of light change colour, brightness, and speed—strobing from one horizon to the next. Notch the ISO up slightly if your exposure is too dark but watch for noise creeping in. Avoid raising the ISO to achieve a brighter image before opening your aperture to f/2.8 (or your camera’s widest aperture). That, with a bit of luck and persistence, you’ll be ODing on shooting the emerald light show. Framed in a beautiful capture, you can forever preserve the northern lights as the celestial phenomenon that it is.