It shouldn’t come as a big surprise to report that the adventure segment is the fastest growing category in the motorcycle industry. For a multitude of reasons these bikes have served to transform the run of the mill motorcycle ride into something aspirational––an adventure. But, what does that mean, anyway? This is a topic intermixed with infinite opinions, many of which are spot on, a few perhaps dubious at best. We recently published Noah Horak’s open letter to the motorcycle industry and the subject of what qualifies as an adventure bike once again stirred up quite a bit of dust. I absolutely loved his letter, his opinion, and his conviction. Having ridden through 42 countries in two years, he also delivered his thoughts with a serious dose of credibility. I just don’t happen to agree with him, not that I think he’s wrong.

If you hang around the riders oft caked in dust, adventure riding is nothing short of travel where only the most skilled and intrepid dare. As such, their interpretation of a true adventure bike is purely dirt driven. To them, a motorcycle needs to possess the brawn and burliness to conquer the most ambitious off-road tracks. They also assert these bikes must also shoulder mass volumes of gear, because that’s what is required for a ride around the world, and naturally everyone wants to ride around the world, right? Clearly, no. 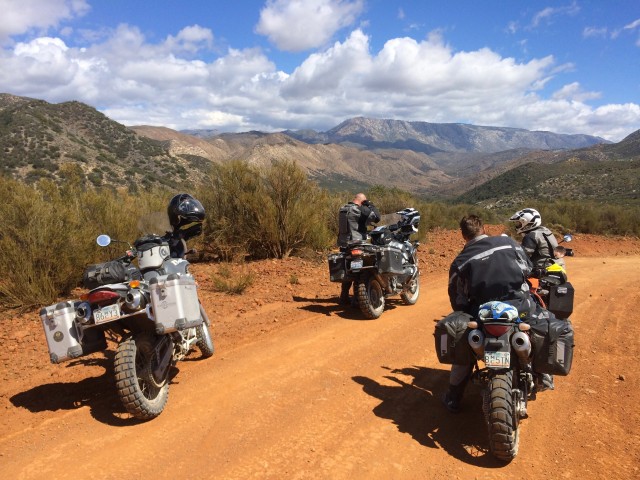 Not all riders dream of endless miles of craggy obstacles and rutted routes. Some crave little more than a periodic stretch of gravel, or routes flanked with white lines. I recently spoke to a Kawasaki Versys rider who said his 30 years of motocross racing had so ravaged his body, his dirt days were done. He had just completed a three month, 10,000 mile ride from Sicily to Iceland. That he rarely touched dirt didn’t make his adventure less…adventuresome.

I liken this to the early 90s when the ubiquitous sedan started to lose ground to the booming popularity of the SUV. Authentic off-roaders squirmed at the thought of a 4×4 never getting dirty and quickly castigated those buyers using their capable trucks to ferry kids to school or for expeditions to the local mall. At that time, the sedan became rather pedestrian. It was short on storage volume, lacked visibility, and when snow days hit or a gravel road entered the route, seemed woefully inadequate compared to the new SUVs on the market.

Today’s adventure motorcycle is very much the SUV on two wheels. They have great visibility, shoulder loads effortlessly, roll off the lot with tons of whiz-bang features, and glide down the road with as much comfort as any sport-tourer. And what of the modern sport-tourer? Perhaps it has been long neglected, but the sport-touring category seems to have the waning allure of sedans in the early 90s. So, knowing full well many riders are never going to venture onto the dirt, what’s the motorcycle industry to do? I say they should do what they’re currently doing, which is to offer a variety of bikes, some built for the hard knocks of true off-piste riding, others for tearing up good old sticky black-top, and a few capable of everything in between. 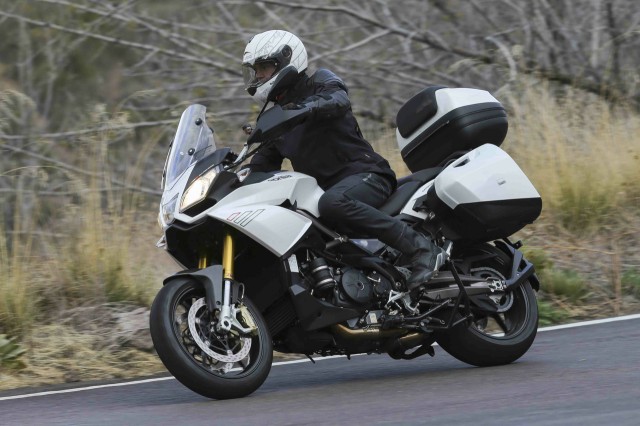 Putting this to extreme examples, this spring I had the pleasure to ride Aprilia’s 1200 Caponord Travel Pack, a bike designed to devour tarmac. Carefully marketed on the fringes of the adventure bike segment for lack of a better category in which to place it, it is one of the most technologically advanced bikes of this or recent years. To many, it is appallingly delicate, can’t fit a TKC80, and would implode if launched off a water bar, or rocky ledge. They’re probably right. On the flip side, it is sublimely fun to ride and dispatches miles of straight or twisty road with more fun-factor than it should be allowed to possess.

The thought of carving Stelvio Pass in Italy on a Caponord makes me weak in the knees. Spending a week on Highway One with my wife riding pillion sounds just as enticing. Would I miss the dirt? Not a chance. This is where the dirty evangelists chime in and say such rides are not adventure touring. Okay, I’ll bite. Is driving a Unimog to Alaska on roads suitable for a Honda Civic––overlanding?

Then there are the in-between bikes like the latest iteration of Suzuki’s V-Strom 1000. Although a huge improvement over its predecessor, it is still not the most dirt-worthy performer on the market. To some, this was an egregious misstep by Suzuki as they felt it should have been shipped with a bigger front hoop, more suspension, more beef, more brawn…just more. Despite the fact it is a great machine at a very affordable price, many bemoan its under developed dirt aptitude. That is a shame, really. 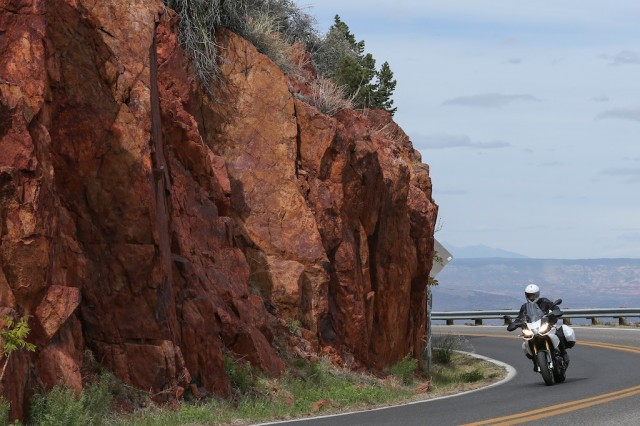 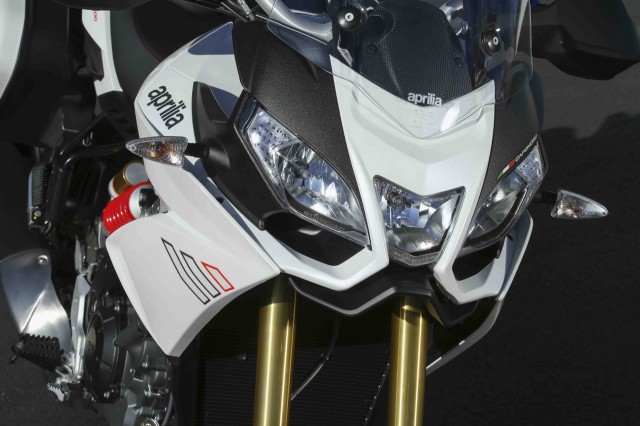 The V-Strom, like many bikes in this segment, is a wonderful machine for what it is, and for whom it is designed for. Is it for the Dakar romantic who wants to push it to the ragged edge? Not without good insurance. It is however perfect for miles of pavement interrupted with stretches of gravel or mild off-roads. For someone like me, frequently traveling solo, I tend to avoid difficult routes anyway simply out of a sense of self preservation. I could find plenty of adventure on a V-Strom 1000 and never need more off-road prowess than it can deliver. I have to remind myself that people do ride Harley Davidsons and Vespas around the globe. That makes it hard to nit-pick a V-Strom.

I will concede that the motorcycle industry does offer bikes that will just as easily cruise miles of Interstate or mountain roads as effortlessly as they will the most hair raising off-road sections. The BMW R1200GS as just one example, is adept at nearly everything. This begs the question, why wouldn’t everyone just buy one of those? Aside from the niggling issue of price, many riders simply do not need the off-road potential of that bike. Why plunk down $20,000 for off-road potential you’ll never use, particularly if you don’t want to use it?

Adventure, like those who seek it, comes in all sizes. It seems reasonable to me that riders would select the bike most suitable to their brand of adventure. Ultimately, because the simple word adventure cannot be finitely defined, the bikes to fit that category cannot be easily defined either. Adventure is what you make of it, and as this discussion rages on, seems to apply to the motorcycles in the category more than ever. 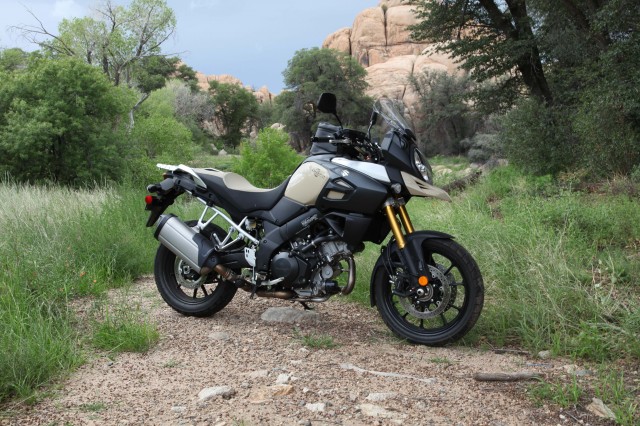 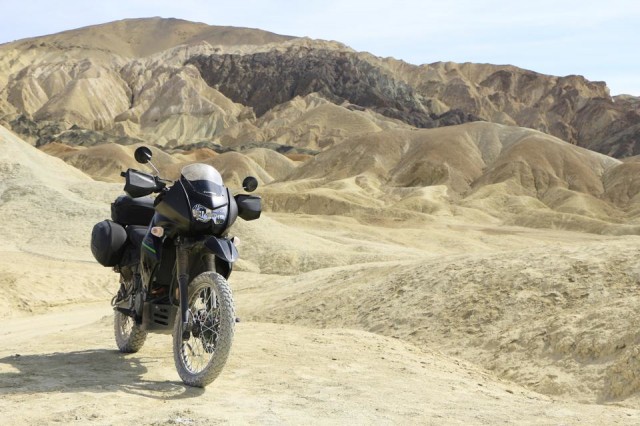 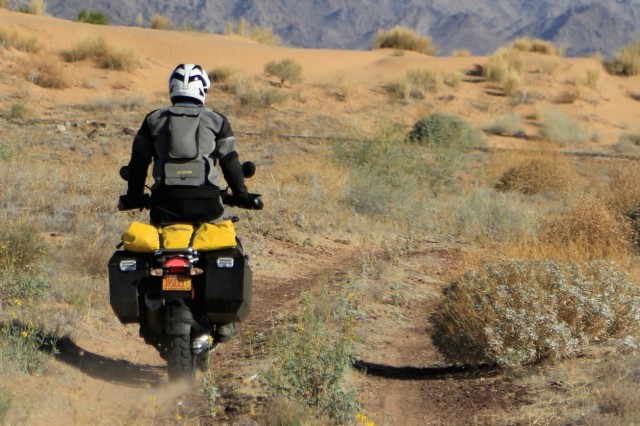 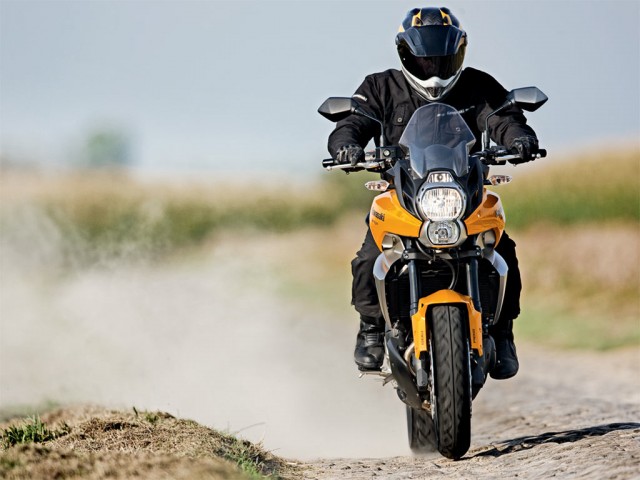 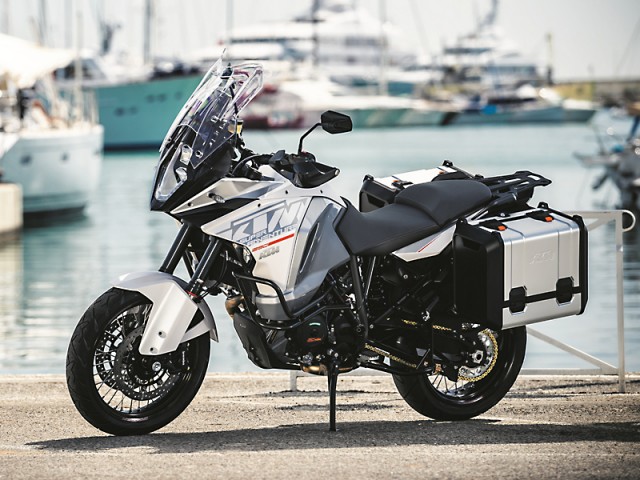 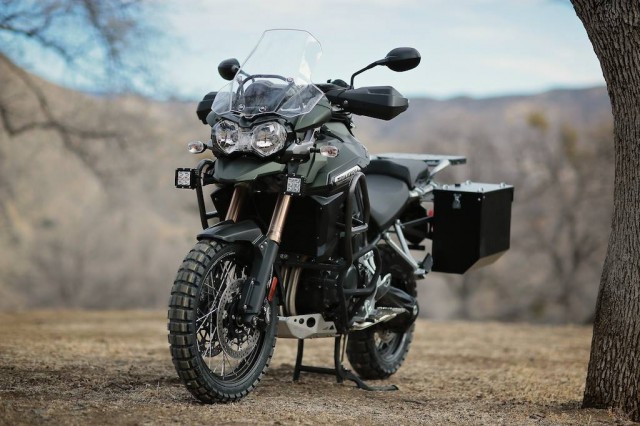