Hard as it is to believe, the first wheeled circumnavigation of the globe occurred in 1886 when Thomas Henry Stevens rode his penny farthing bicycle from San Francisco to Yokohama, Japan. It wasn’t for many years later, in 1908 as part of the New York to Paris Race, when George Schuster became the first man to drive a car around the world. The first motorcycle to make the big lap did so in 1913 with adventurer Carl Stearns Clancy at the controls.

Since then, two wheels and four have conquered nearly every accessible corner of the globe from the sands of the Sahara to the local state park just over the hill. This begs the question, which mode of travel is best? Just posing such a query is enough to raise the hackles of many travelers, but we’re prepared to give an answer—sorta. 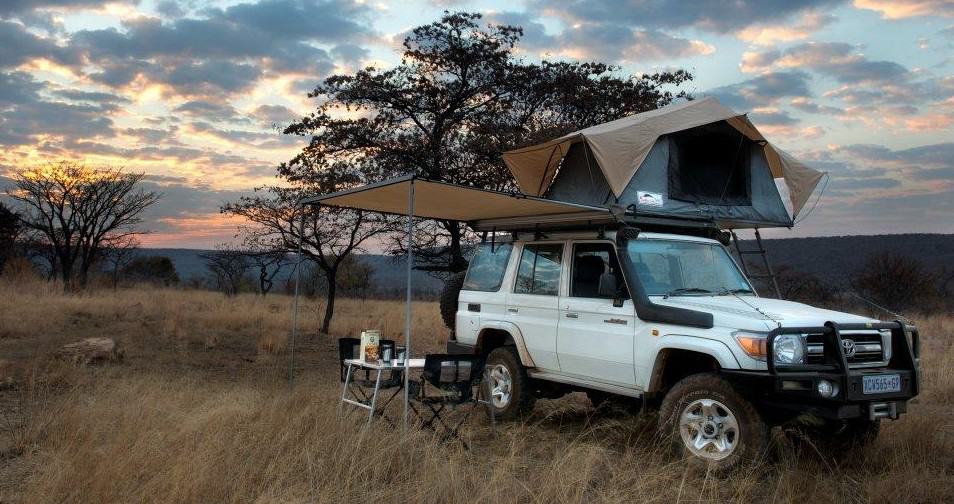 If there is a glaringly obvious benefit to a four-wheeled vehicle, it is the ability to portage multiple people and copious amounts of supplies. This is not to say you can’t share in the thrill of motorcycle riding with others, but there is something appealing about having your travel mates within the same space, particularly for families. The more people you bring along, the more stuff you need to carry, and most vehicles allow for generous cargo capacities. Even for the soloist, a vehicle can provide extended range between resupply points, which in some parts of the world is a critical logistic. A truck also doesn’t need to be fitted with auxiliary fuel tanks to frequently reach well beyond 300 or even 400 miles before needing more fuel. Many motorcycles start sucking fumes at just a hair over 150 or 200 miles. So this and a comfortable bed is a must for your truck, these tonneau bed cover comes highly regarded from a lot of car sites, such as the Source: Carlypso site online.

Travel long enough, and eventually foul weather will intersect with your route. When snow, rain, wind, and other inclement variables conspire to ruin your day, a truck’s protective bubble makes such challenges easily thwarted, or at the very least tolerable. When driving in bad conditions, sanctuary is attained by simply rolling up the windows and flipping on the heater or air conditioner. 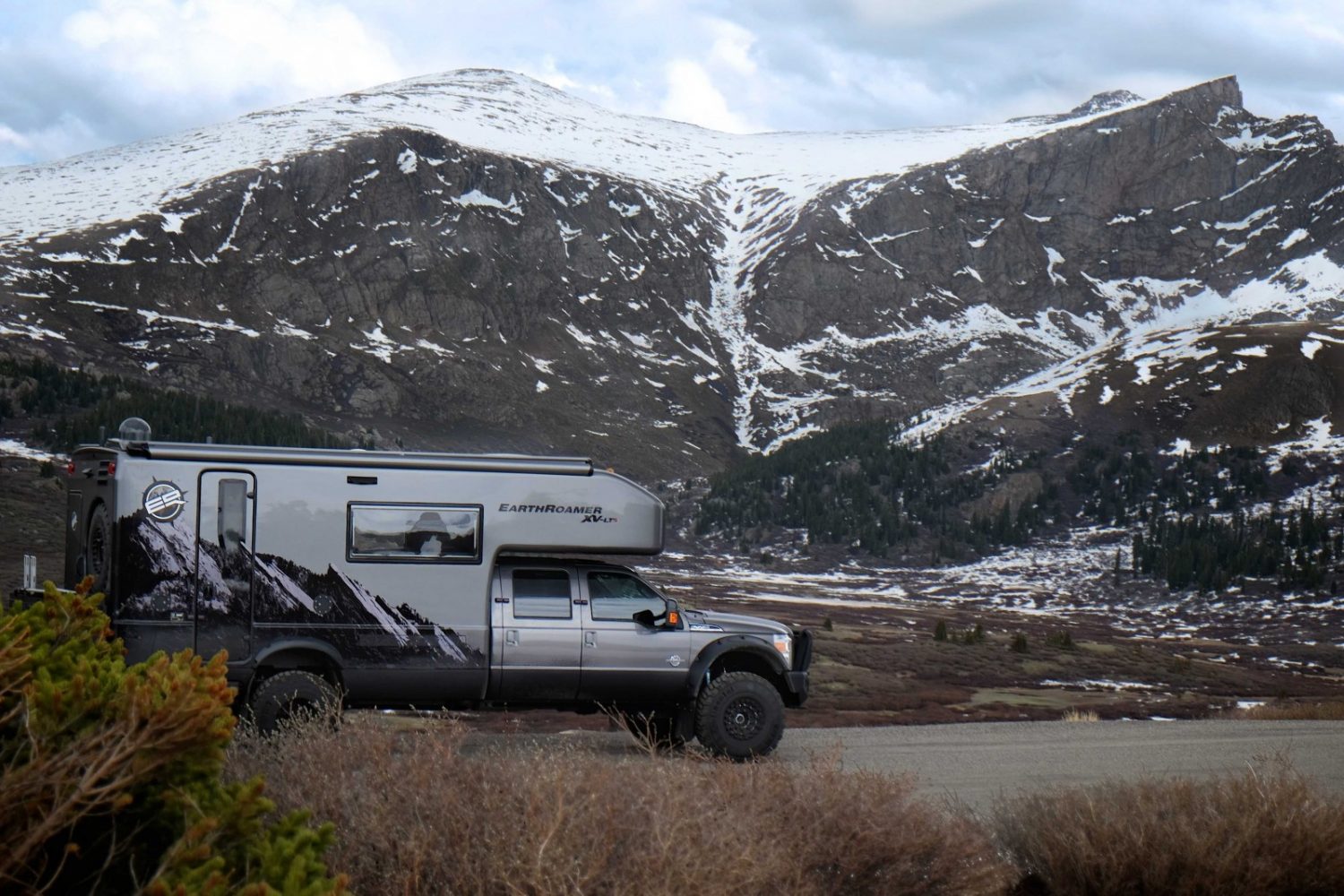 Another benefit of the enclosed space of a vehicle is its ability to serve as a rolling apartment. Even a small truck can accommodate two sleepers. Coen and Karin of Landcruising Adventure have called their Toyota home for over a decade. Fitted with a rooftop tent or other habitat, a truck’s livable attributes are tough to beat. Include a refrigerator, shower system, and other creature comforts and truck life can border on luxurious. Want real backcountry opulence? Travel in an EarthRoamer.

Other positives to four wheels are so overt, they’re easily overlooked. There is a reason why chairs and tables have four legs: it keeps them from falling over. Motorcycles are more likely to succumb to the grips of gravity making the planted foundation of a 4×4 a noticeable convenience. That stability can be compromised by terrain or poor driving skill, but suffice it to say, walk away from your truck and it won’t fall over.

Lastly, no one will deny being wrapped in thousands of pounds of metal offers some degree of safety. Newer trucks in particular are festooned with safety features. In the event of an accident, such protections offer great piece of mind.

If you haven’t experienced the visceral thrill of carving turns or rolling on the throttle while atop two wheels, it would be difficult to understand what draws people to motorcycles. Likened to flying, they offer a sense of individual freedom that is virtually impossible to describe with mere words. If riders were not drawn to those sensations, it’s unlikely they would bother to swing a leg over a motorbike at all. 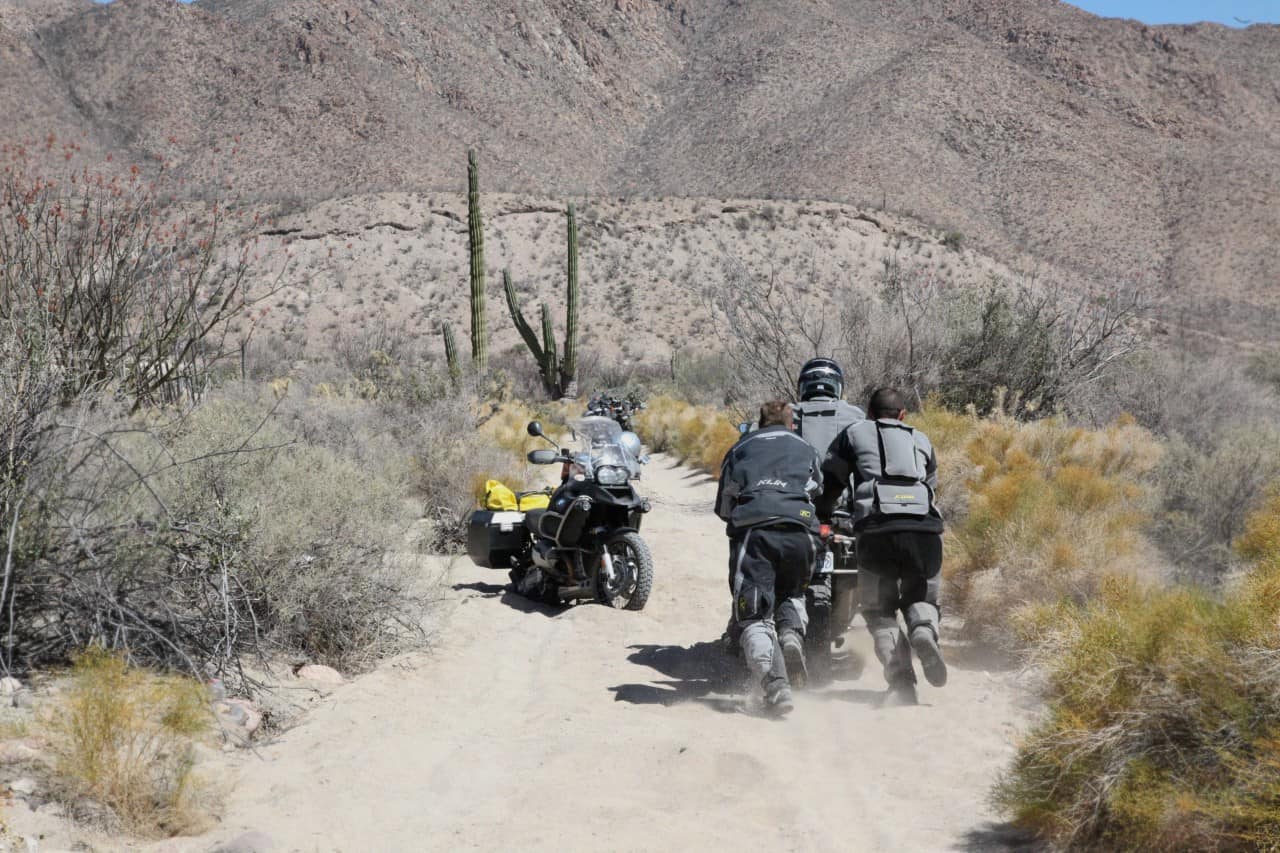 The other attraction to riding is the unfiltered exposure to the world. There is no sheet metal to hide behind or obstruct your view. The rider is one with their environment, often at the mercy of the elements, but also exposed to the sounds, smells, and other sensations of the road. Whereas the truck is a protective cocoon, the motorcycle forces the traveler to confront their surroundings head on. You will hear mention of this again as it is repeated as a negative attribute of motorcycle travel.

Because motorcycles can only shoulder so much gear, they demand a simplified style of travel. Motorcycles have no drawer systems or elaborate living quarters. Cargo space on a bike, even a big one, is precious. Exceeding a reasonable load negatively impacts the ride quality of the motorcycle and its safety. For those who like the life unfettered, motorcycle travel will force you back to basics. 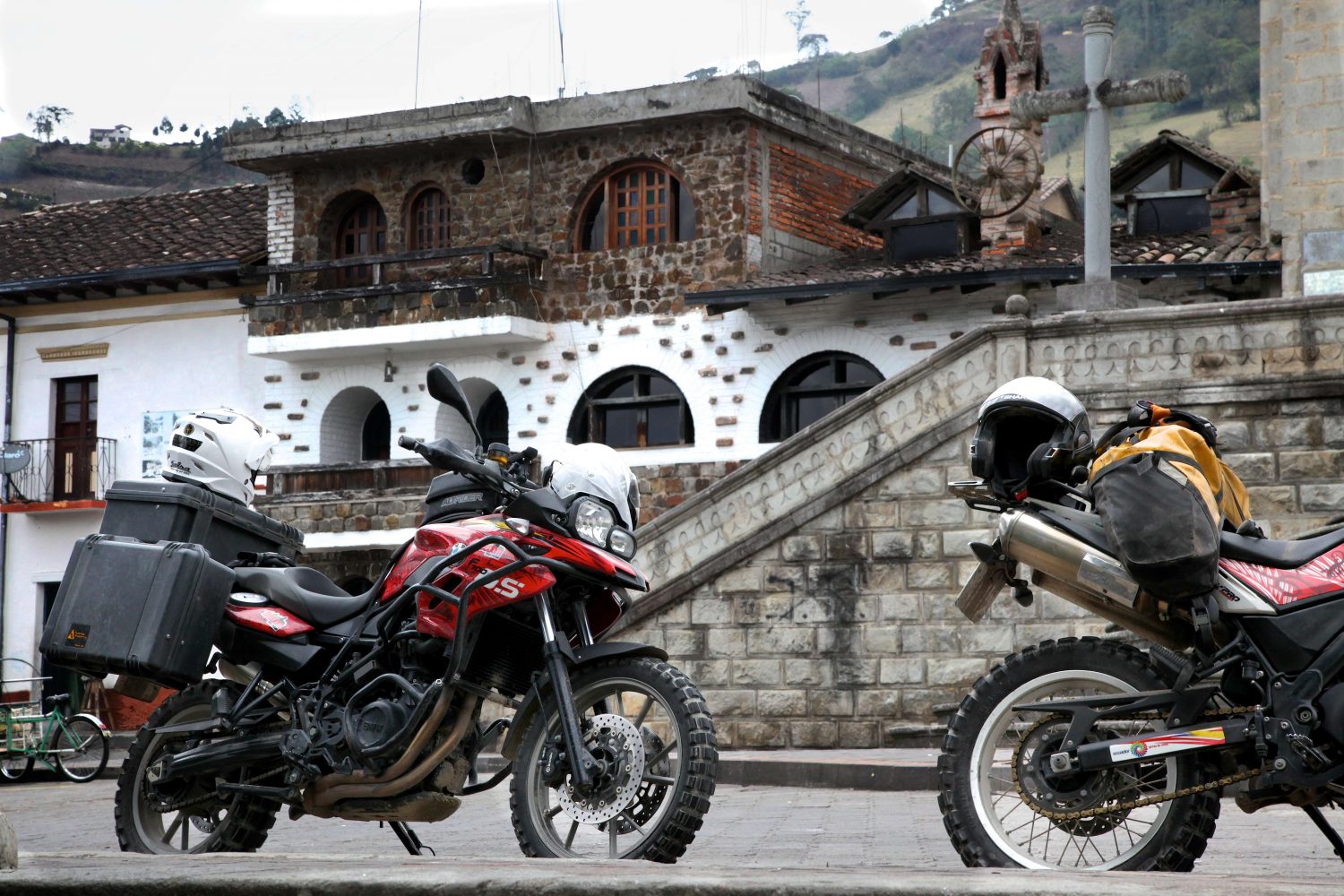 It would be easy to dismiss the value proposition as it is such a subjective metric, but motorcycle travel can often be much less expensive than four-wheeled travel. Even the most elaborate motorcycle platform, with full travel kit, can be had for well under $30,000. Some riders have patched together a bike and travel pack for less than $5,000. That number will only afford the most basic four-wheeled vehicle, if at all, without much money left over for add-ons. Once on the road, many motorcycles can easily attain fuel efficiency, pushing well beyond 30, 40, or even 50 miles per gallon. A well-built overland truck rarely breaks the 15-mpg barrier, frequently dropping well below it.

You probably saw this coming, but there isn’t a clear winner. How could there be? The mode of travel best suited to any one individual is influenced by all the unique variables of that particular traveler. There are those who lack the physical abilities to pilot a motorcycle, or simply don’t want to. Others find the confines of a vehicle stifling and adversely insulate them from their surroundings.

Even within the scope of a singular trip, a chosen conveyance can at times reveal itself as a poor choice. Many a motorcycle traveler has been stymied when snow and ice have covered their route. Truck travelers have had their progress stopped by terrain and trails which didn’t accommodate their large size.

Ultimately, any mode of transportation that gets you off the couch and down the road is the right choice. For some, that’s a built up 4×4. For others, it is a motorcycle, rickshaw, scooter, or bicycle. If it transports you to a life of adventure, who cares how many wheels it has? 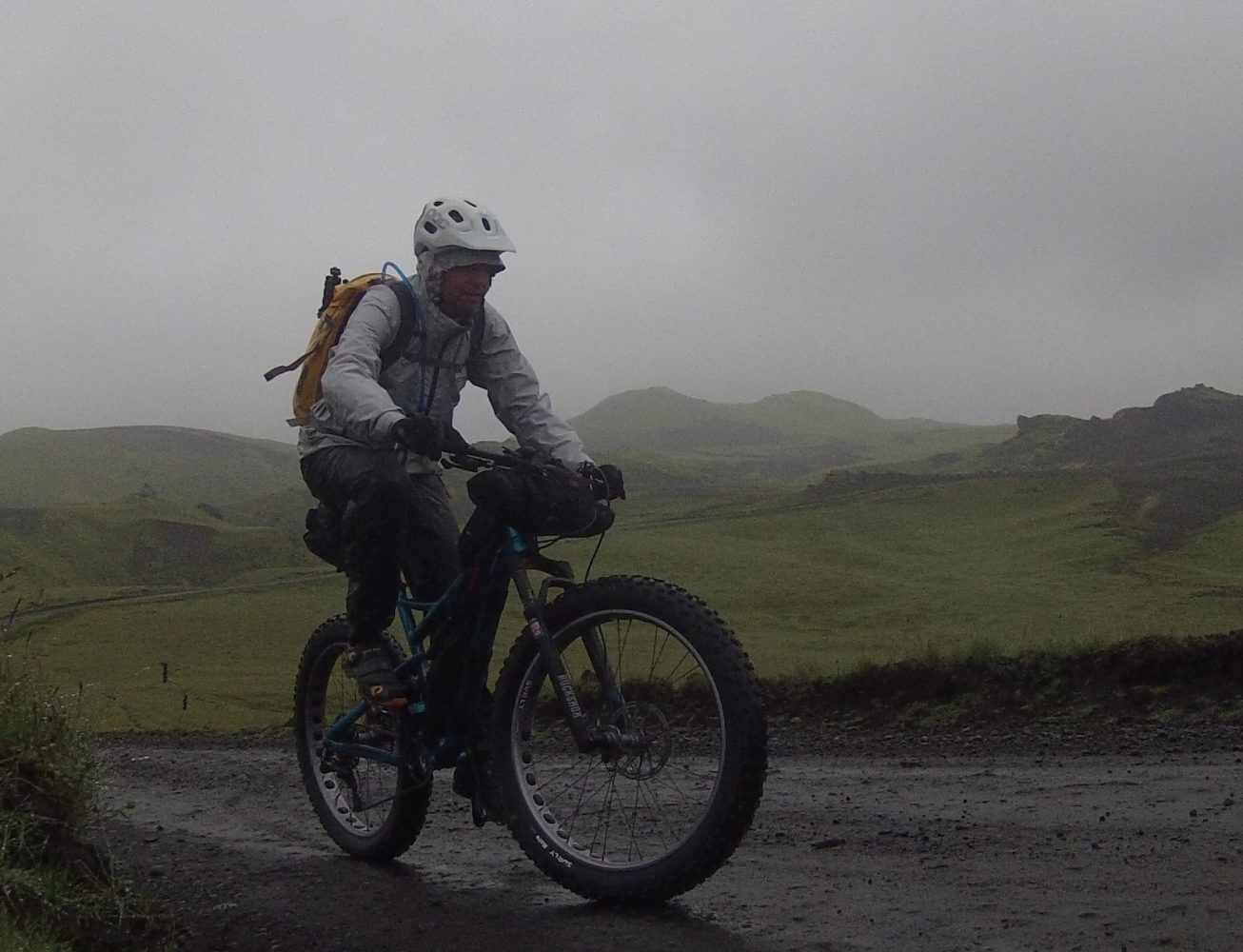 You can count me amongst those who don’t have a particular bias toward one mode of travel over another. Years ago, while driving through the wine country of Tuscany, I realized I had made an egregious error. With the smell of sunbaked earth faintly perceptible through open windows, I realized I was not getting the full experience. I returned the next month on my motorcycle, choosing to find the most narrow and serpentine roads. Even just last year, I had the opportunity to visit the Khumbu Valley of Nepal, a roadless route stretching from the jungle to the craggy foot of Mount Everest. It was only because I was on foot that I was able to continually engage my senses with each step. I could hear the rush of wind and water and smell incense carried on the morning air. 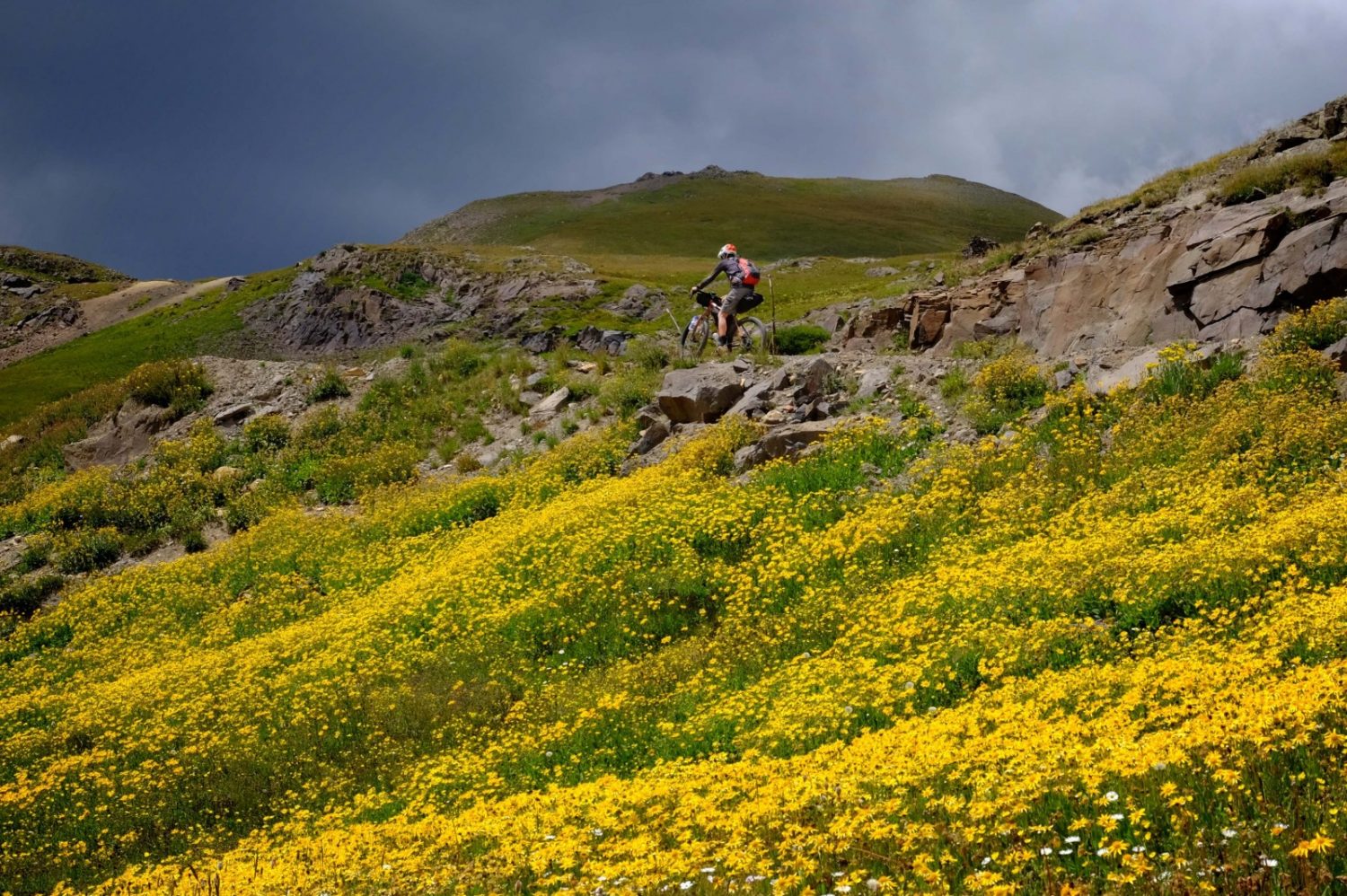 There are times when a particular trip is best served with four wheels, a mountain of gear, and viewed through glass. I also appreciate the intimacy provided by covering ground under my own steam, pushing pedals as I crest mountain passes or struggle to overcome a headwind. Trucks, motorcycles, bicycles, and even shoes are just tools to be used in our pursuit of adventure in all its many forms.

What’s your preferred mode, and why?