The first time I went to Yellowstone National Park was in 1979 when I was just a wee lad. My nature-loving hippy father thought cross country skis would afford us the most unfettered view of the park’s many splendors, so our trip coincided with the dead of winter. I still haven’t fully thawed. He wanted unspoiled wilderness and that’s exactly what we got. Other than a few park employees and the occasional snow covered bison, we had the place to ourselves.

My second visit to the park was 37 years later––just last month. This time I arrived at the park gates at the ass end of a train of cars that stretched on for over two miles. After an hour in line, our frustrated procession crawling along inch by inch, we finally cleared the entrance. In retrospect I think we should have just turned around. 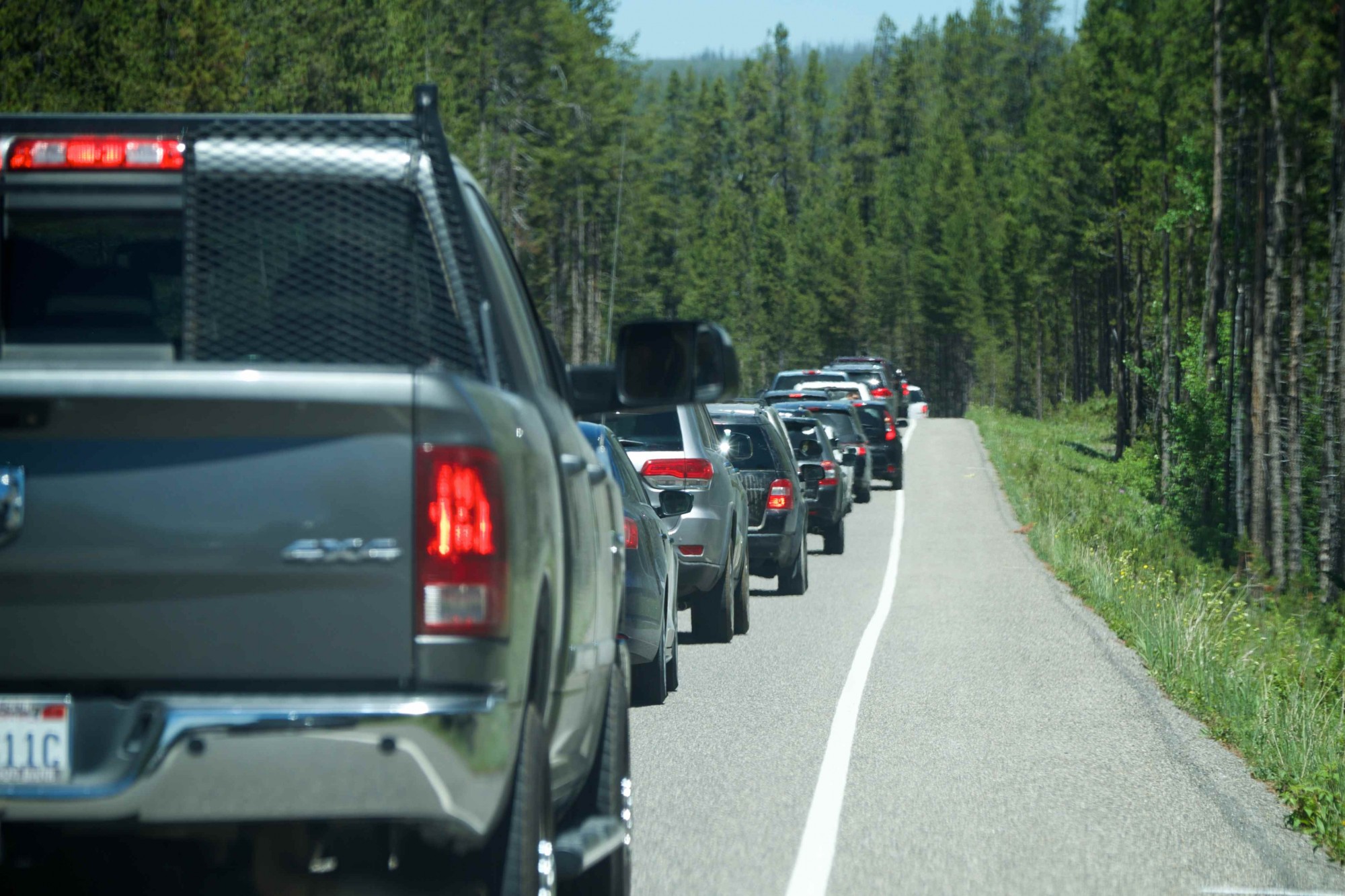 As is the case for all of the major parks including Yosemite, Rocky Mountain, Grand Canyon, and so many others, Yellowstone is under siege. Every summer vast armadas of tour busses and family trucksters invade in mass to see our nation’s most revered natural treasures. Visitor centers are swarmed, parking areas clogged, and trails leading to various overlooks and attractions are packed with tourists walking heel to toe. Selfie sticks wave in the wind like stalks of wheat as people clamor to spend a fleeting moment in front of a view or sign before moving on to the nearest gift shop or snack stand. 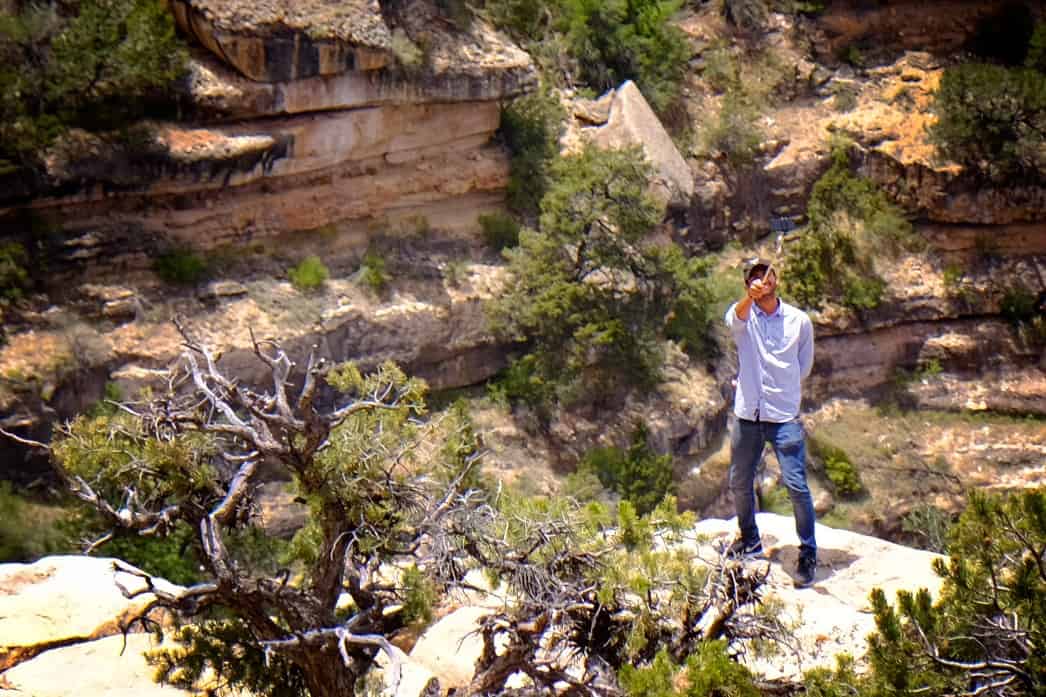 Over the course of three weeks, my wife and I visited half a dozen popular parks and the scene was much the same wherever we went. At the Grand Canyon, witless tourists tiptoed to the edge of the great precipice to pose for a photograph, undoubtedly fodder for the day’s Facebook post before cramming themselves back into their rental car for the drive back to Las Vegas. In Rocky Mountain National Park traffic was stopped for 15 minutes so someone could get an iPhone shot of a squirrel standing on the road’s edge. In Yellowstone, many of the geothermal pools and features were littered with trash, discarded hats, and even an umbrella. Old Faithful, the once majestic crown jewel of our first national park, is now reduced to a pitiful squirt flanked by 100 square acres of parking lots and curio shops filled with gaudy sweatshirts and shot glasses picturing the famed geyser. 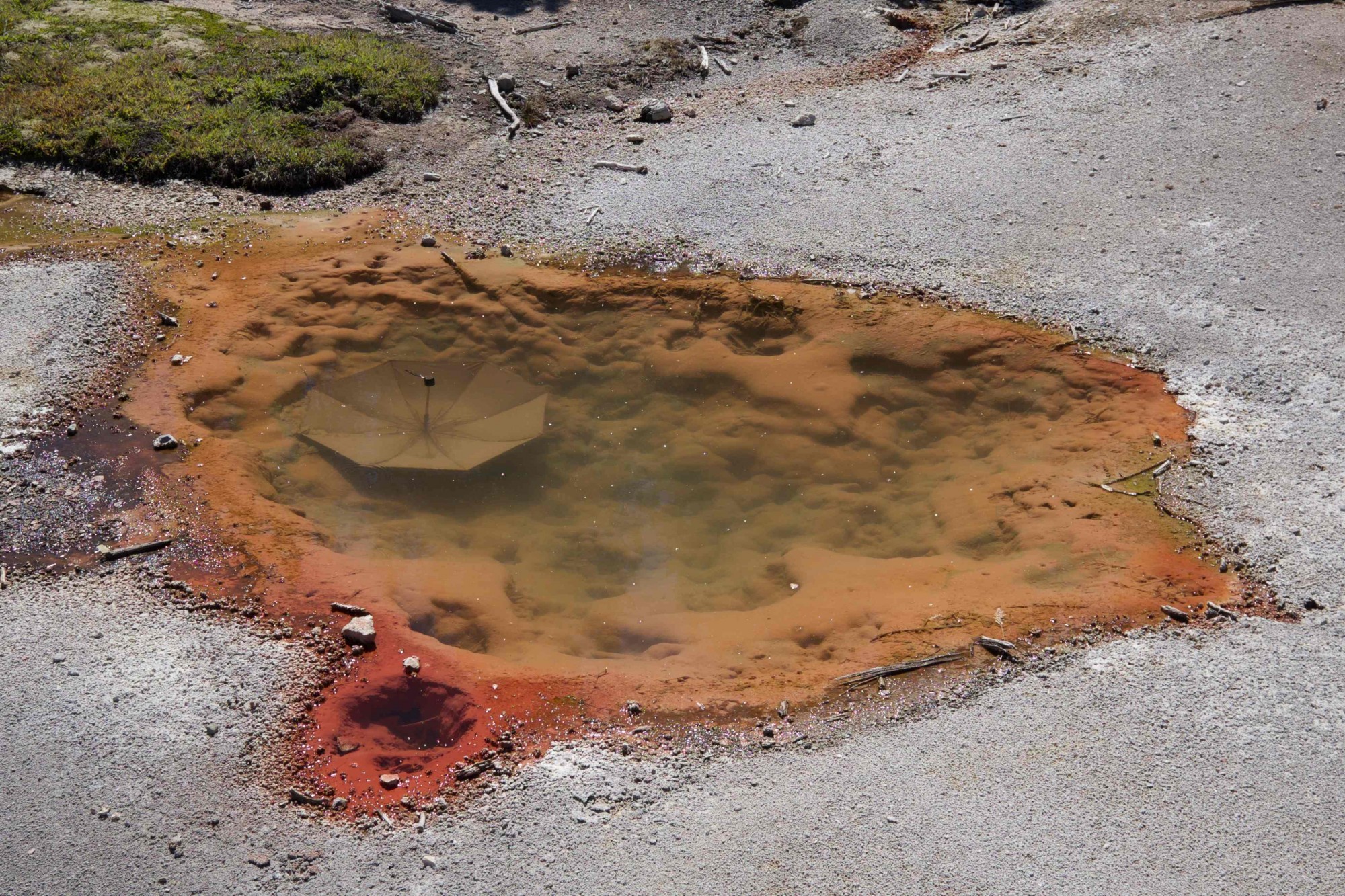 It’s clear to me that Americans, and indeed the world at large, love our national parks. I have to conclude that we are loving them to death. How many boardwalks and overlooks can we carve into these landscapes before they overwhelm the natural beauty they are intended to serve?

To be fair, there are corners of every park that remain untouched and well preserved. Tourists rarely amble into the abyss of the Grand Canyon, a place as unspoiled as any once below the rim. The backcountry of Yosemite and Yellowstone are equally pure if you have the ability to explore their remote corners on foot, and provided you can finagle a permit out of the system. If it’s nature you seek, however, I dare say the better experience is not to be had in our most hallowed parks, but in our many national forests.

Flanking the vast majority of our parks are expansive collections of public lands, many of them as beautiful as any in North America. Better yet, many of those districts are immaculately preserved, uncrowded, and––free. Escaping the throngs of crowds in Yellowstone, we retreated to the stunningly beautiful Wind River Range. Instead of camping in the shadow of an RV in a congested campground, we plopped our tent beneath lonely peaks, the only company a passing family of ducks and a curious deer. 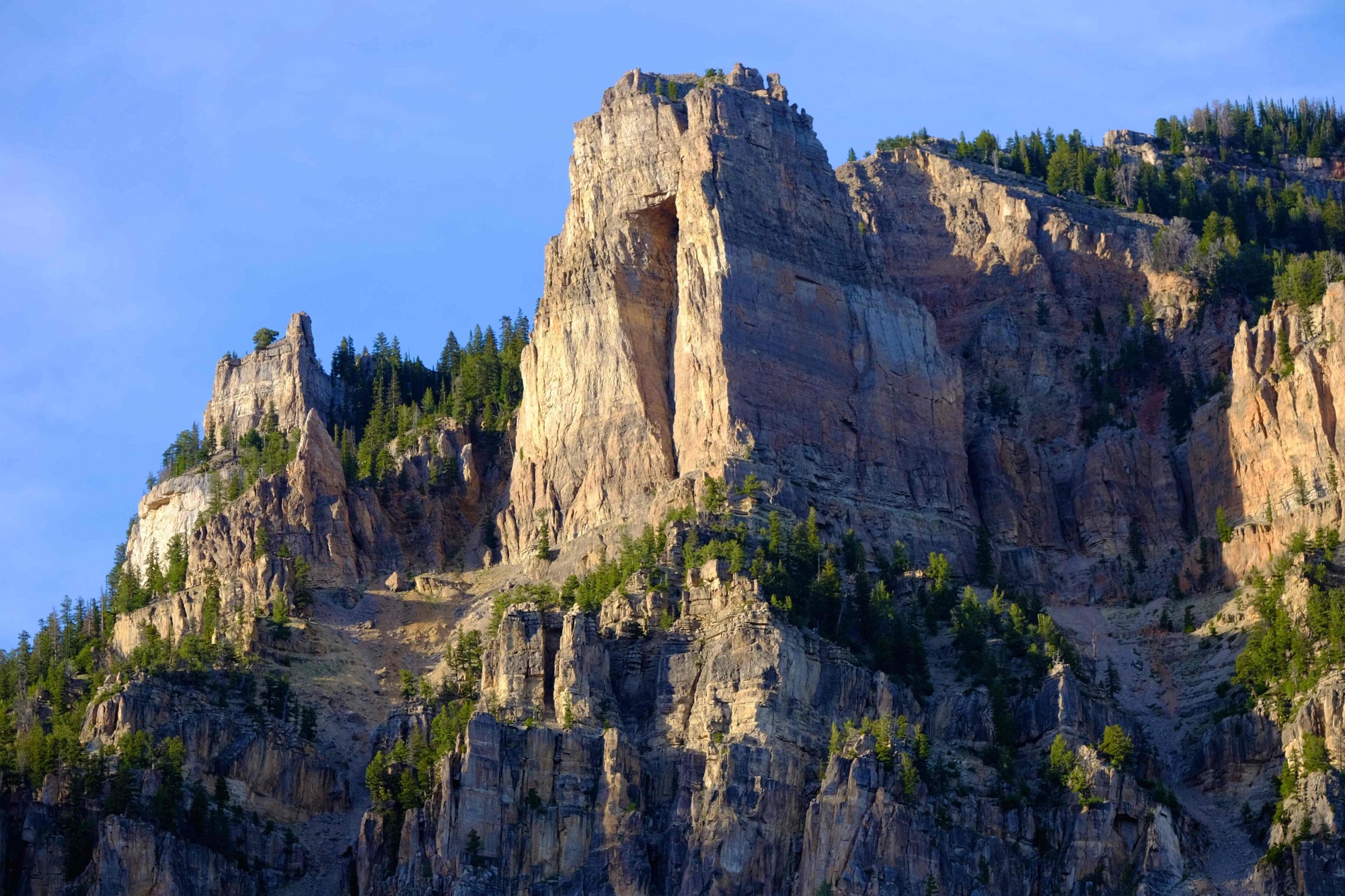 Above: The hot spring and campground of Granite Creek in Wyoming’s Wind River Range make for a beautiful retreat. Below: Flaming Gorge in Utah and the painted hills of Southern Wyoming rival any view in the most lauded national parks. 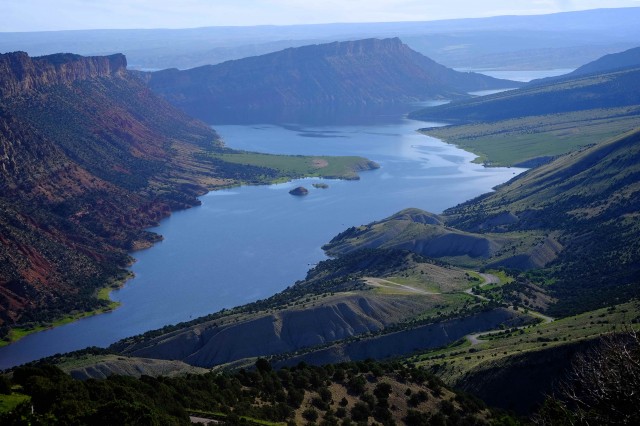 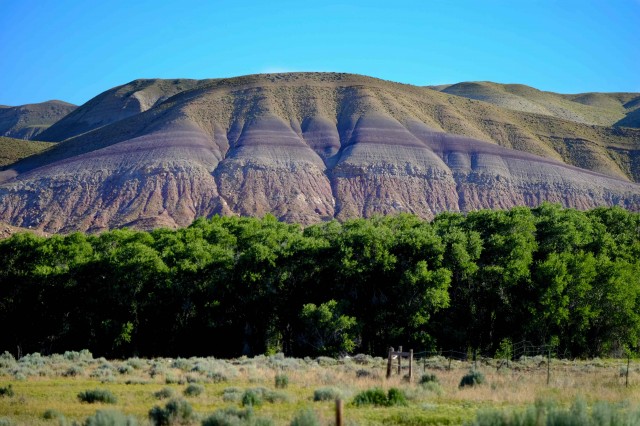 We often assume that our national parks contain our most interesting historical attractions, and it is true many of them do. But the quarry of the once active Yule Marble Company in Colorado is not sequestered within a national park. It’s neatly tucked into a small corner of national forest. A century ago the marble quarried high on the mountainsides of this picturesque valley was considered the finest in the world. The sprawling marble factory in the eponomously named town of Marble produced the stone used to construct some of our most cherished monuments like the Lincoln Memorial and the Tomb of the Unknown. You can visit the ruins of that once bustling factory today––also for free. There is no gift shop, hot dog stand, or uniformed guide to give you a tour. But, just a short walk away there is a killer BBQ restaurant in the overgrown remains of the once busy town that you shouldn’t miss. 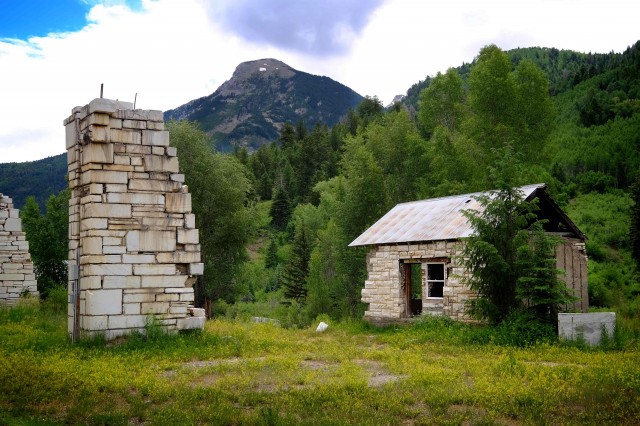 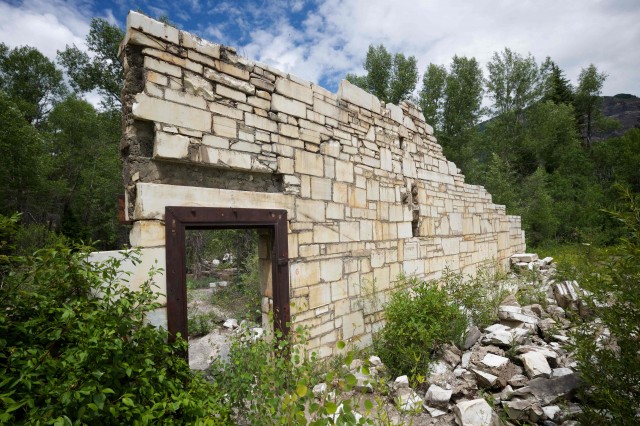 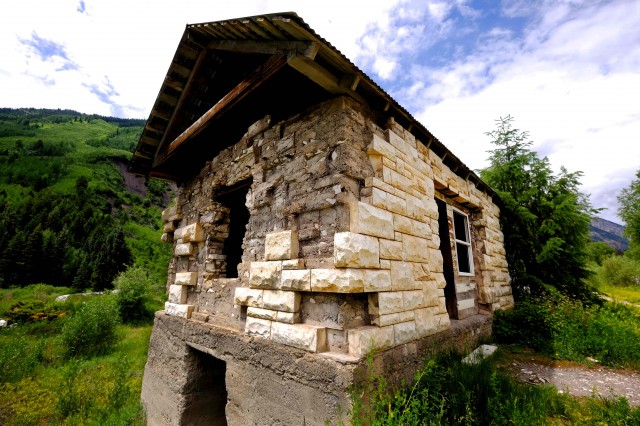 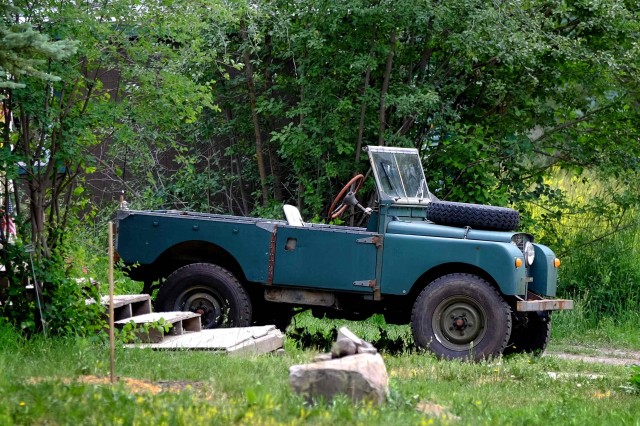 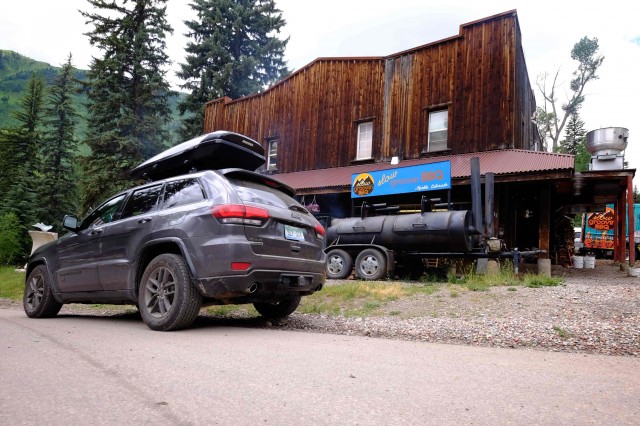 The more we drove around from one national park to the next, the more we began to appreciate the national forests, BLM lands, and national monuments along the way. We couldn’t enter Arches National Park as it was simply too crowded, but the small detour to Fisher Towers proved worth the time. Although Teton National Park wasn’t nearly as congested as Yellowstone, the Gallatin National Forest nearby was all but vacant. Rocky Mountain National Park was a zoo of humanity, the summit of Trail Ridge Road an endless parade of rented RVs and busses. We found a better experience at the top of Independence Pass (pictured in the lead image above). It was as solitary and serene as I imagine it was a million years ago. From Utah to Montana, Wyoming to Colorado, it was the humble national forest that offered the most relaxing, diverse, and rewarding experiences. 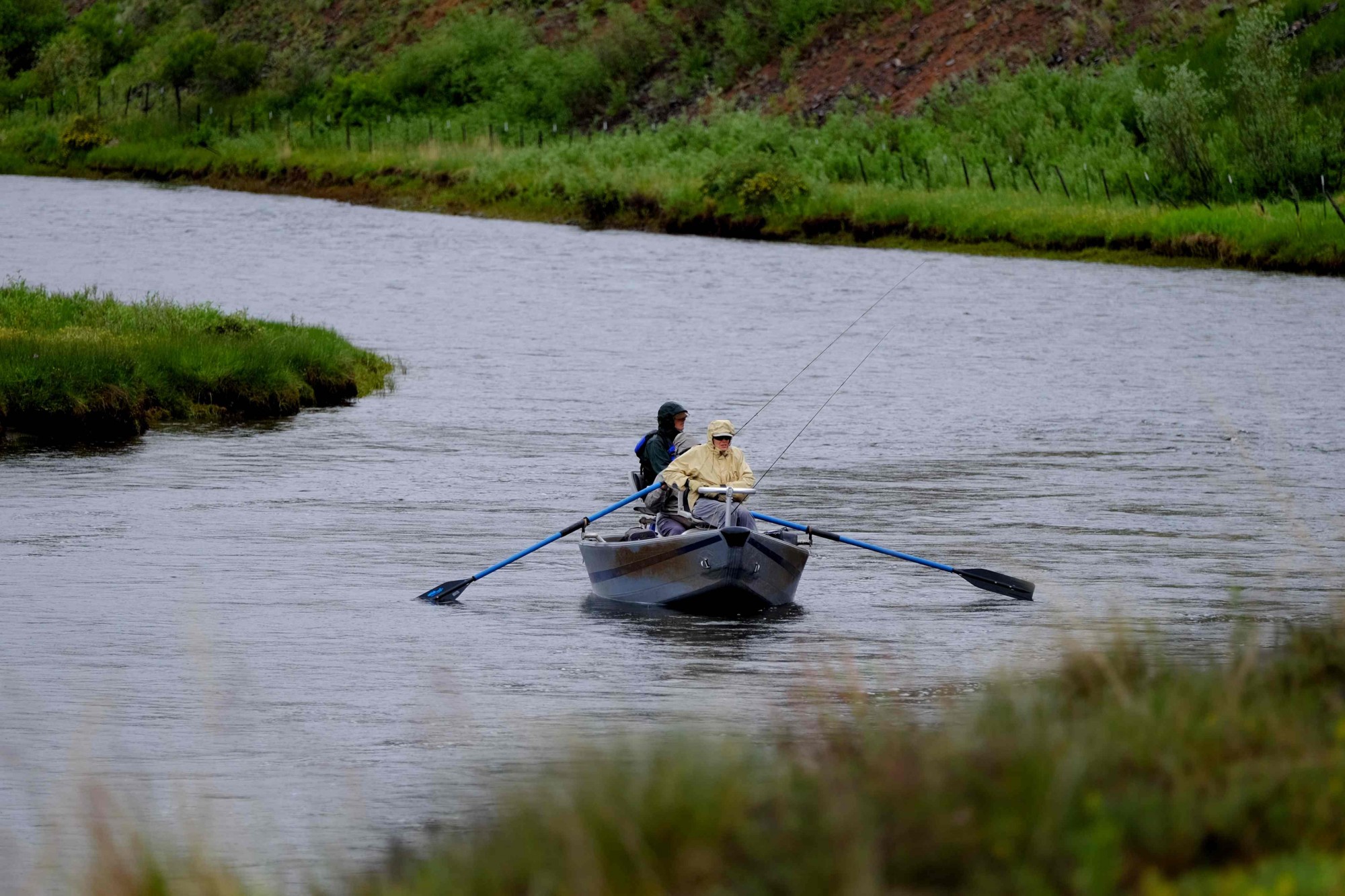 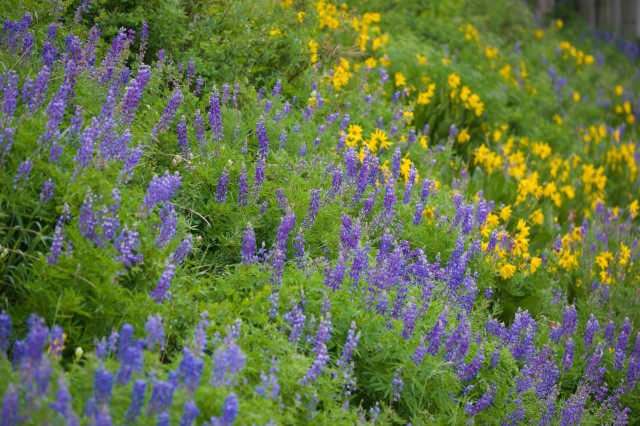 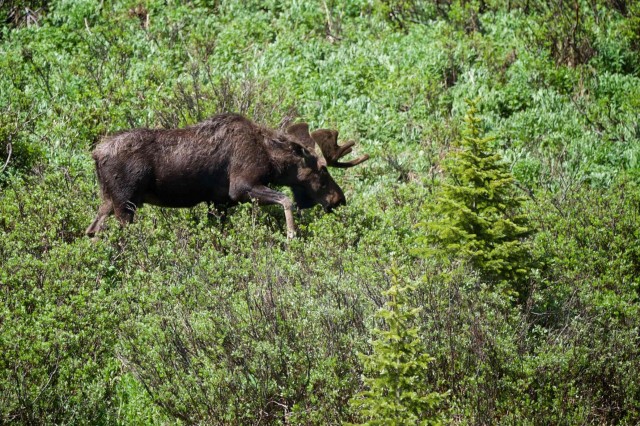 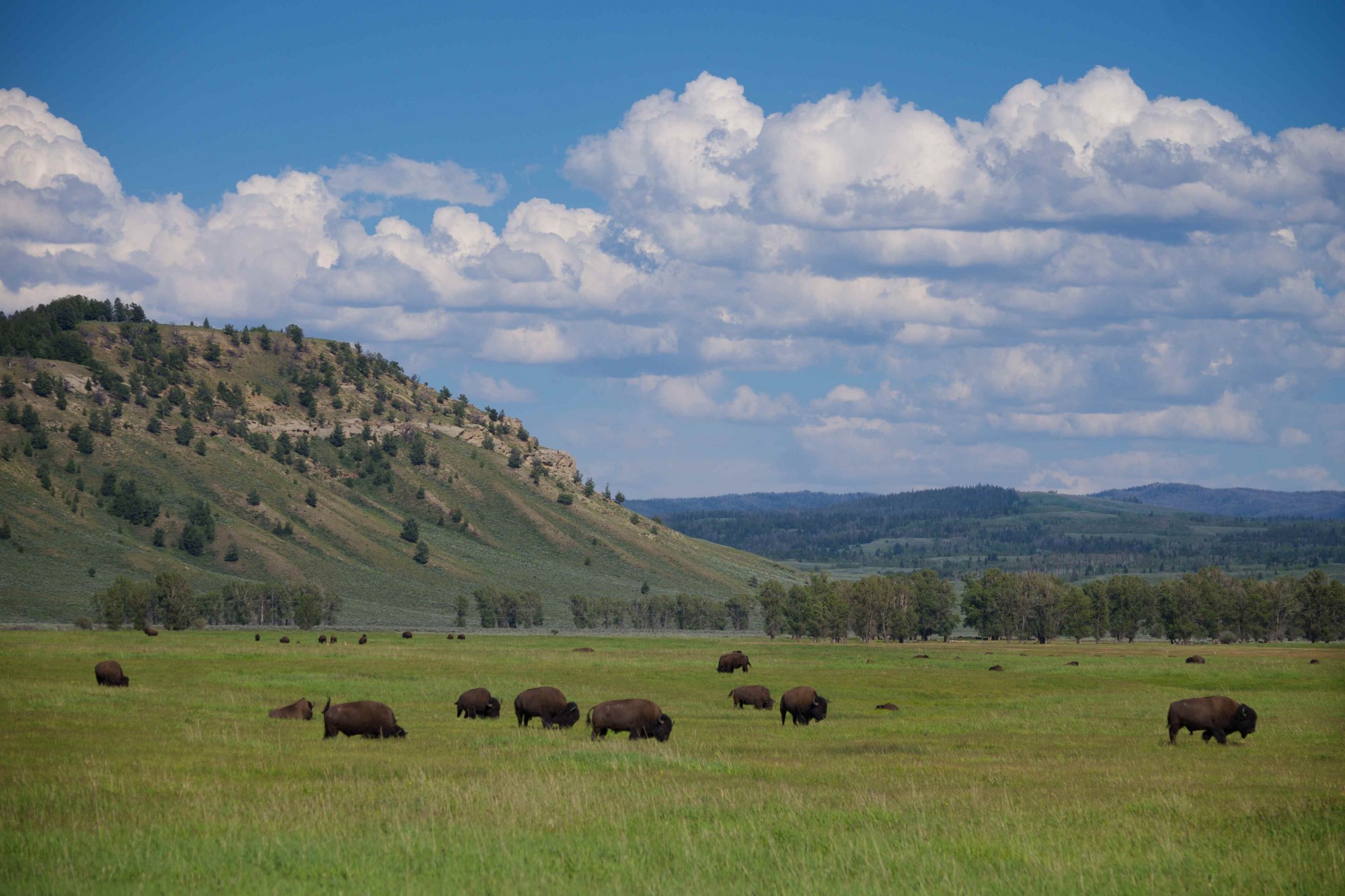 Within Yellowstone a single bison can stall traffic for hours. Only minutes outside the park, sprawling herds of hulking bison can be found grazing before picturesque backdrops. 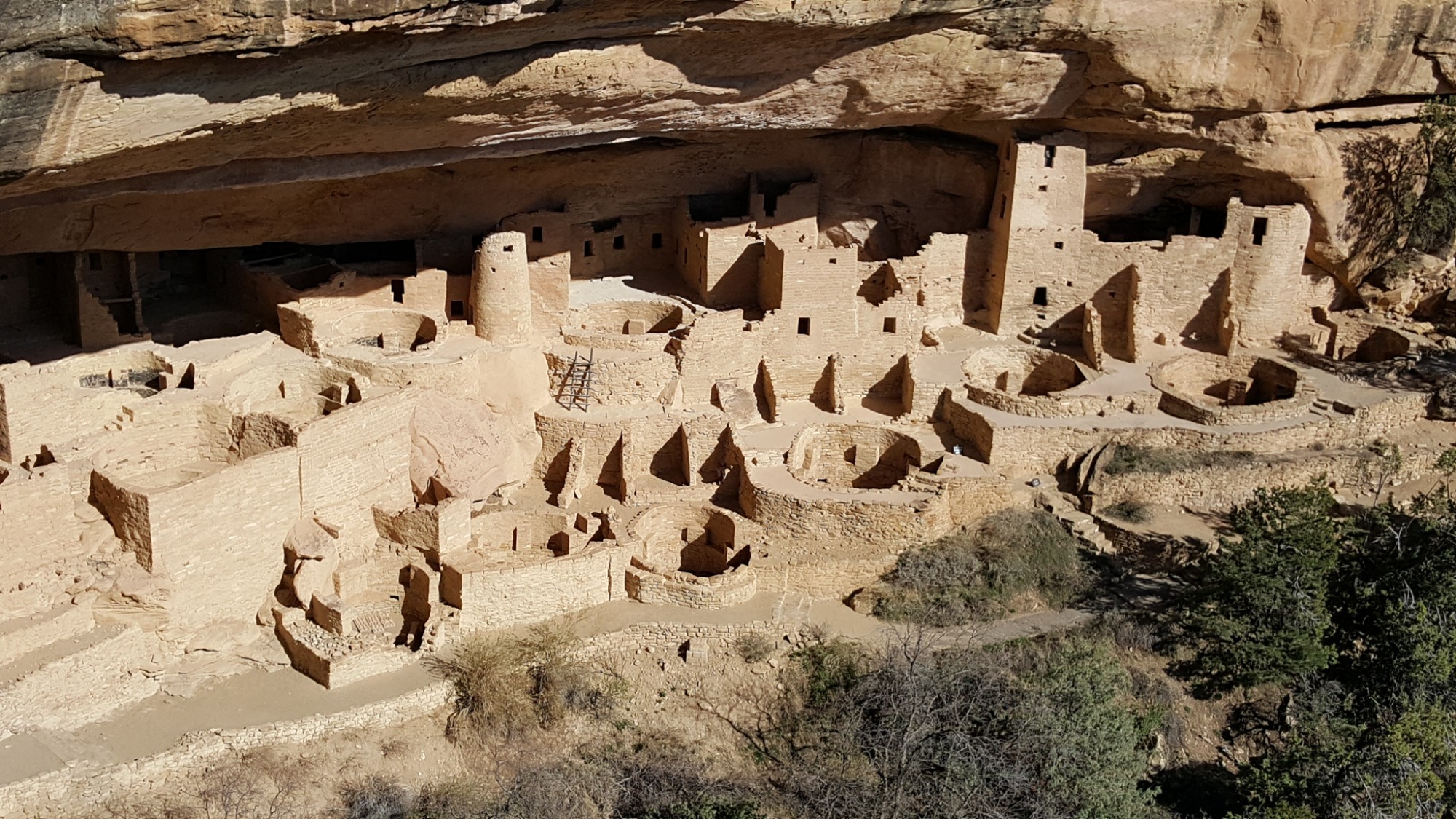 As a passionate advocate for protected lands, I am forever grateful that a century ago we established our national park system and that we have continued to expand and defend it. I am glad I dedicated three weeks to visiting just a few of these amazing places and know I will again and again. I also have an ever deepening appreciation for the wild places that fall outside the national park designation. In a year meant to honor the parks, I find my attention turned to the millions of square miles not choked with tourists, cordoned off with fences and railings, or accessed only with the exchange of stiff entry fees.

Here’s to the unsung hero of our public lands – the national forests. 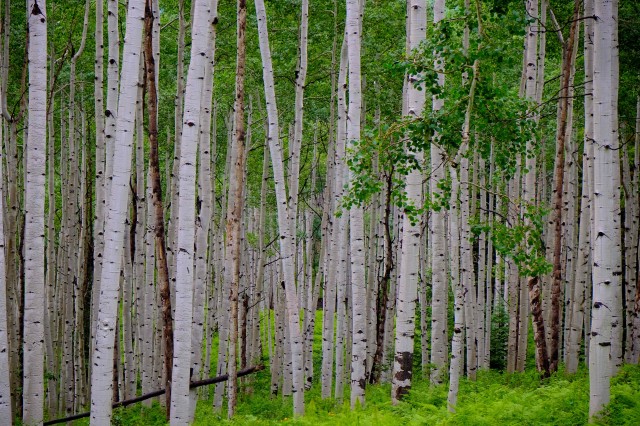 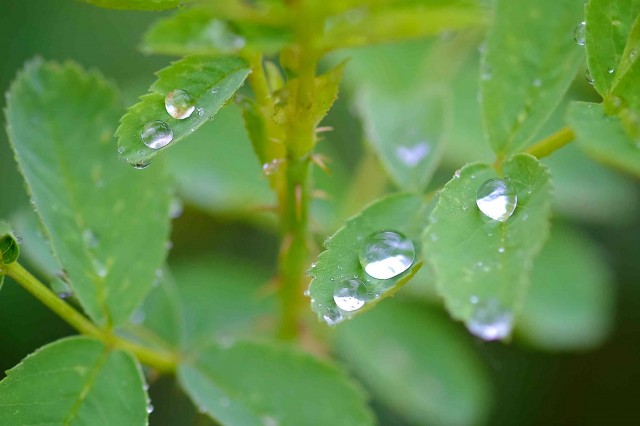 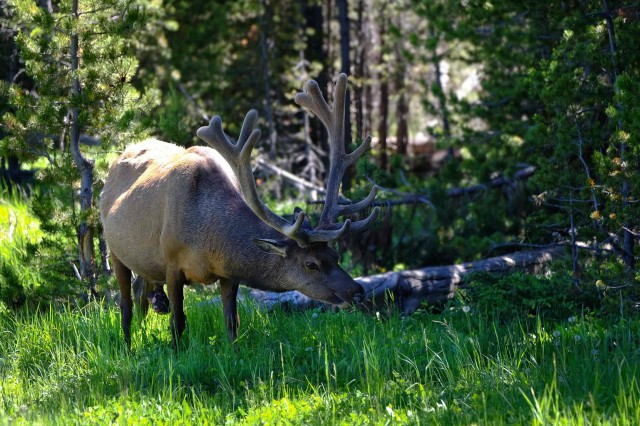 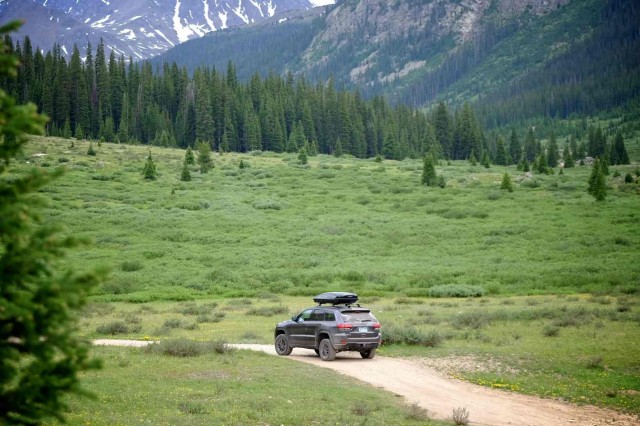 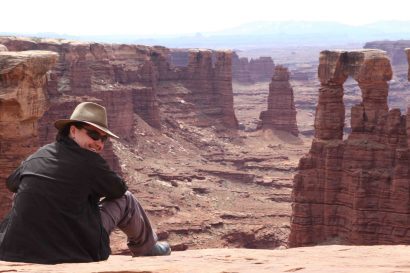 An Aussie Goes to Moab 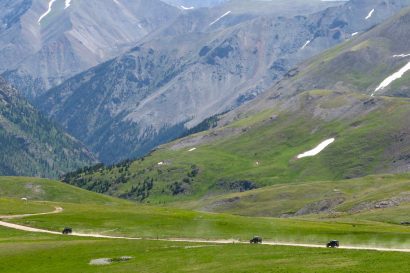 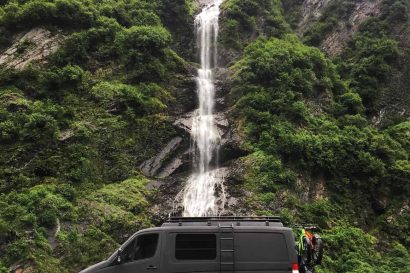