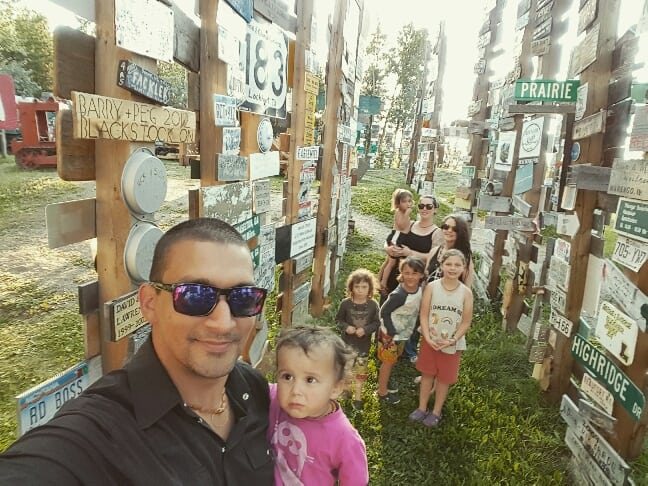 When John and Kristy Youngman lost their stillborn son, hitting the road seemed like the healthiest way to begin healing. “We had a lot to consider while he was still in my womb,” says Kristy. “We knew he had a genetic condition and would need surgery after his birth.” This specialized surgery was available only in Alberta, and so late in Kristy’s pregnancy, the couple put their house in British Columbia up for sale. “Our house sold the day we found out his heart had stopped.” Without a home or a plan, and with hearts broken, John suggested they turn the page with a family adventure. 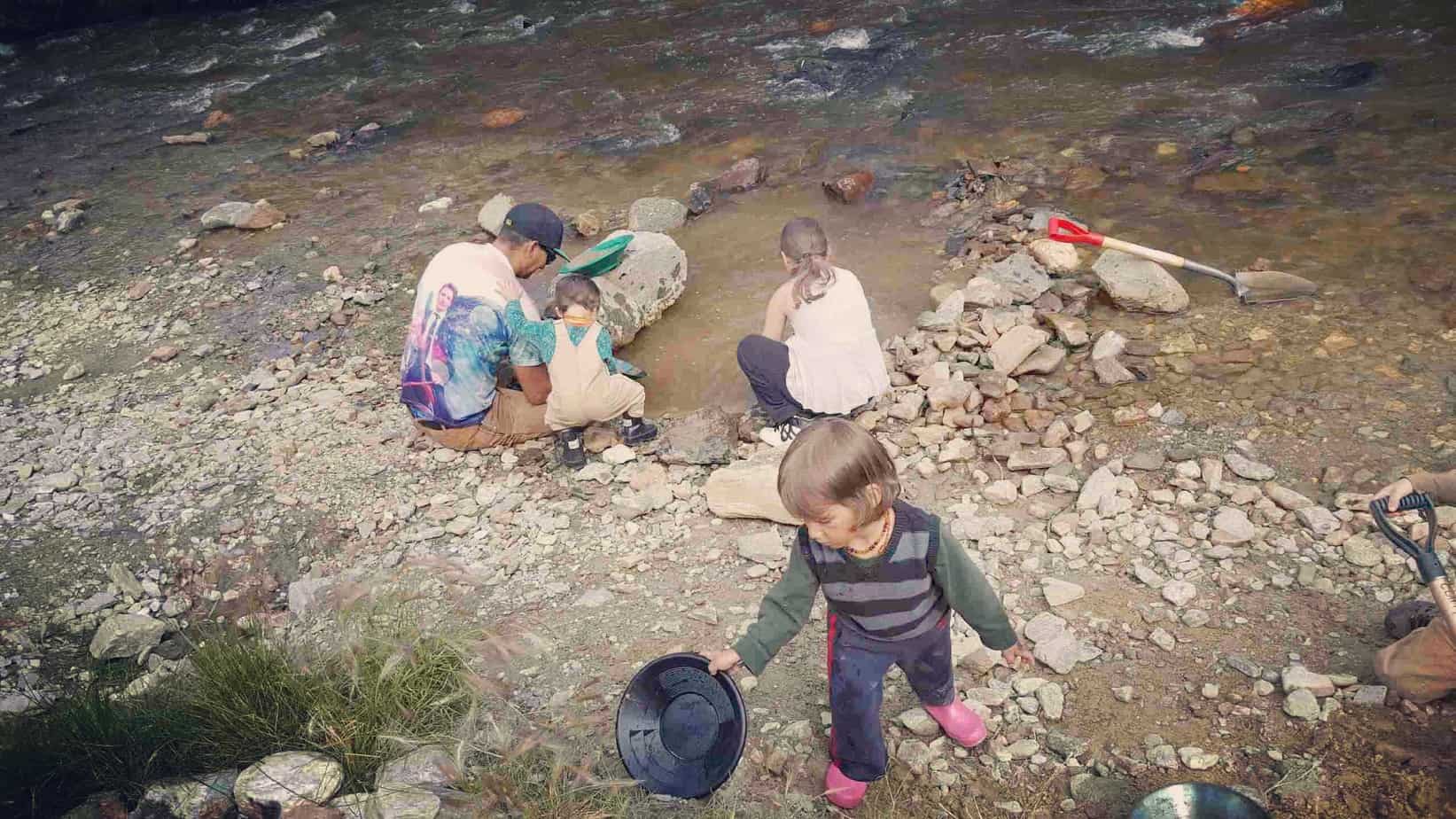 John, Kristy, and their six kids headed out to find solace in the Canadian wilds. Kristy reports, “We started off in Okanagan, B.C., travelled up to the Yukon, came back to Haida Gwaii, and ended up in the Kootenays.” The family towed a hybrid trailer behind their Mercedes-Benz Sprinter 4×4 for the better part of a year, finding a unique way to reweave their bond.

They’ve gotten to see some of the most beautiful and unique parts of Canada together. “Dawson City really captured my heart. Seeing the old, original buildings was amazing,” says Kristy. “Haida Gwaii was another amazing place. The forests were incredible.” And the adventure had its share of much-needed humor: One night, as John and Kristy lay on the beach holding hands after the kids went to sleep, John saw a pair of glowing eyes staring at them. As her heart raced and she silently screamed inside, Kristy looked over and saw five more pairs of eyes appear out of the darkness. “Turned out it was otters!” Be careful of the night life. 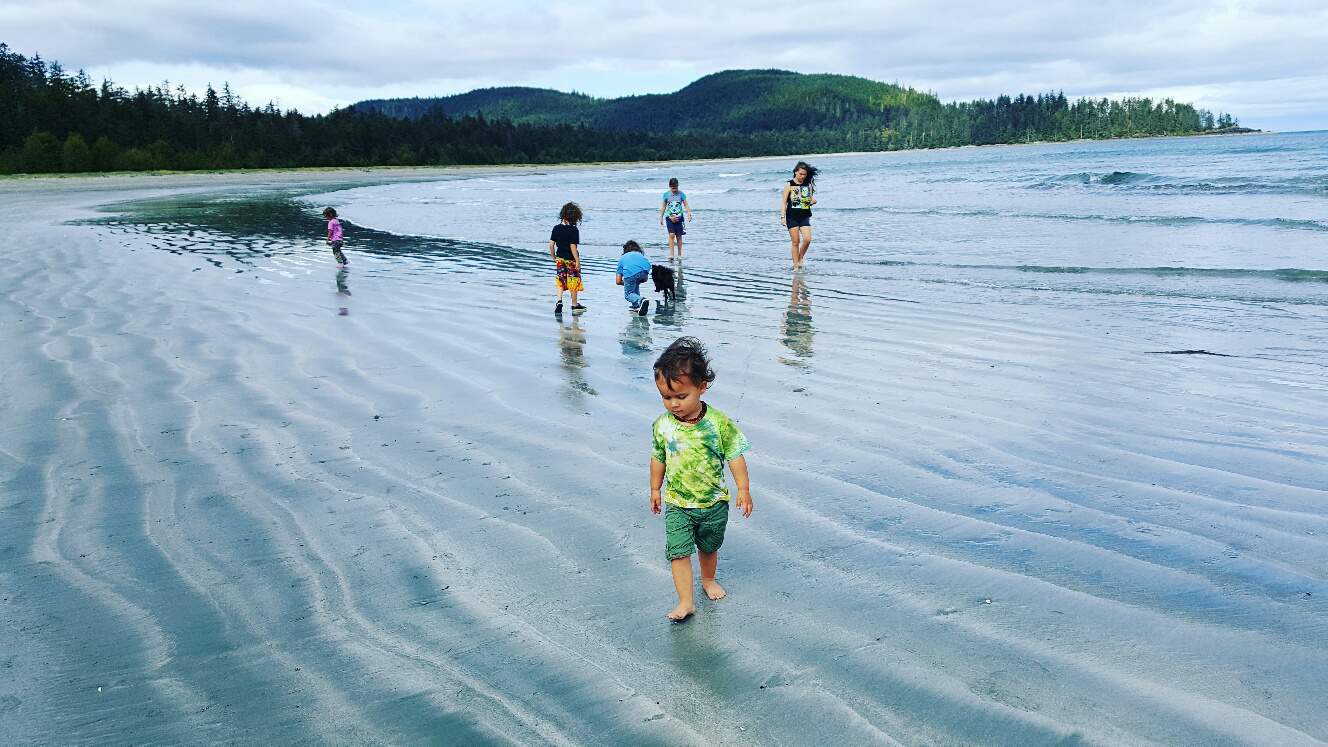 Sharing small quarters with eight people would seem like a challenge, but Kristy insists they have only grown closer. “Your family will form a bond like no other. You will see beauty wherever you go. Living wild and free is amazing!” The Youngmans aren’t the only ones finding new life living on the road. A growing number of people are seeking to engage the world by kicking over the traces of convention and travelling for extended periods, or as in the case of the Silver family, indefinitely. 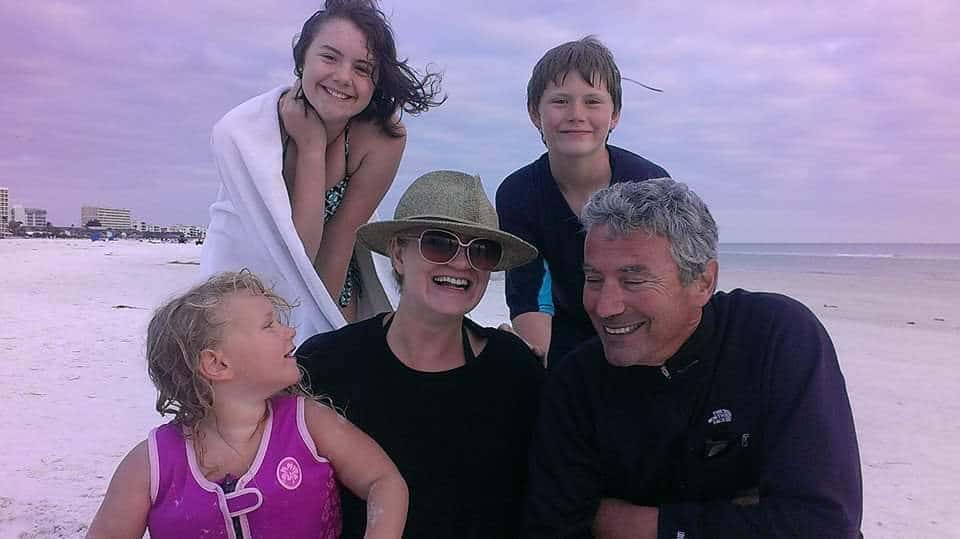 Jen and Dan Silver didn’t originally intend on a permanent travel schedule when Dan got a buyout from work just as their oldest son was leaving for college. Jen says she “always loved travel but at that time, being fully nomadic wasn’t yet on our radar.” Things changed when they found a local homeschool co-op for their kindergarten-aged daughter, Ariana. Once the family was no longer tied to a rigid school schedule, the dream of becoming worldschoolers was born.

Worldschoolers are families that choose to homeschool their kids through exploring the globe. Children get to directly experience history, geography, natural science, current political realities, and other cultures firsthand. In so doing, they believe their kids get a much wider view of the world they live in, and foster an understanding and compassion for the many other humans that share the planet with them. The Silvers’ three youngest children have all been worldschooled, and Jen has become an admin for the Worldschoolers Facebook page, the largest community of international travelling families currently on the web. “There is a lot of support out there. People who were once asking [questions] are now providing answers for the newer members. [It is] a strong community of like-minded people. We will get it when everyone else thinks you have lost your marbles.” 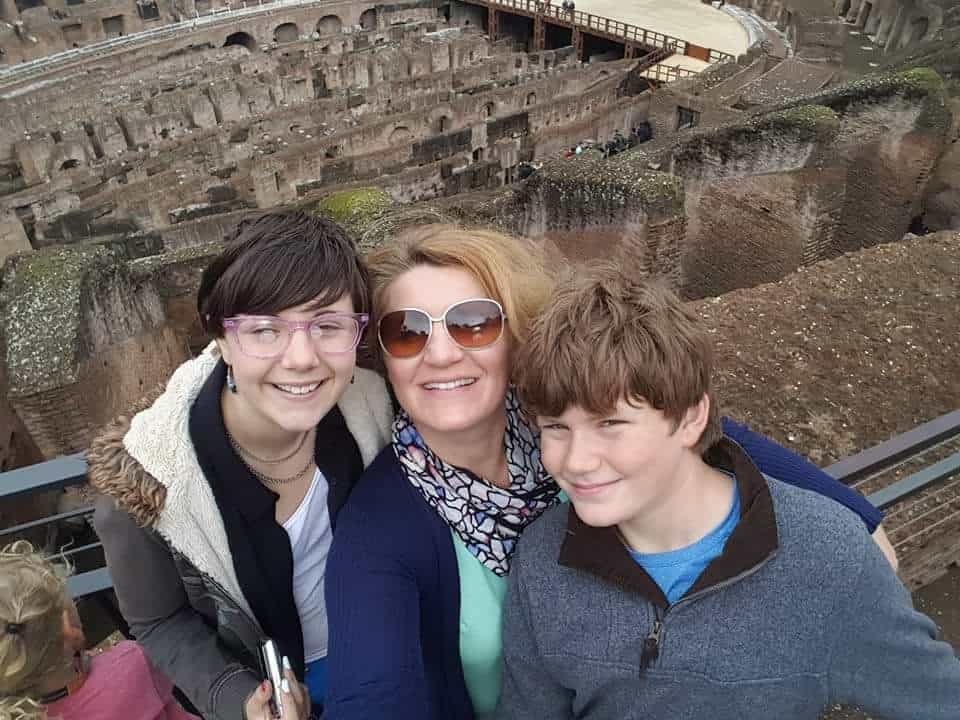 And this community has helped the Silvers succeed at travelling all over the world for over 9 years. In addition to spending 17 months touring the States in an RV, they have also explored Italy, Greece, Turkey, England, Wales, and Ireland. The Silvers have prioritized business ownership, which has allowed them to travel and utilize alternative education methods. “We have lived in an 8,000 square-foot mansion and a 100 square-foot RV. We have been house and pet sitters. We have rented homes. We have slept on planes, trains, automobiles and cruise ships. We are also learning to sail and considering buying a live-aboard,” says Jen. Lately, they’ve gotten to visit the Sistine Chapel and Stonehenge, which Jen calls “a hauntingly beautiful and mysterious place that felt representative of humanity stretching back hundreds of generations.” 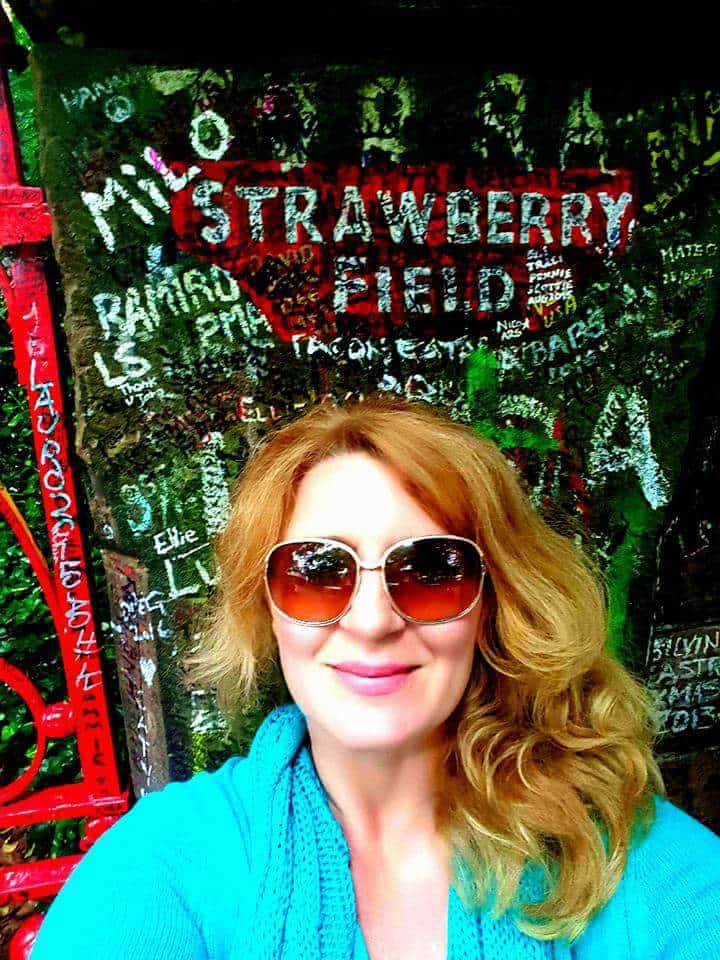 Living mobile has also given the Silvers and their children chances to give back in life-altering ways. “Volunteering with Syrian refugees in Athens and meeting an Afghani refugee in Rome touched our hearts and changed us for the better.” Jen says that humanity itself has been the most stunning aspect of their ongoing journey. “I don’t see us stopping travelling anytime soon, if ever.” Families living on the road together as a way to bond, reach out to the world, and educate their children have become an expanding aspect of overlanding. But some who choose to go nomad take it on alone. 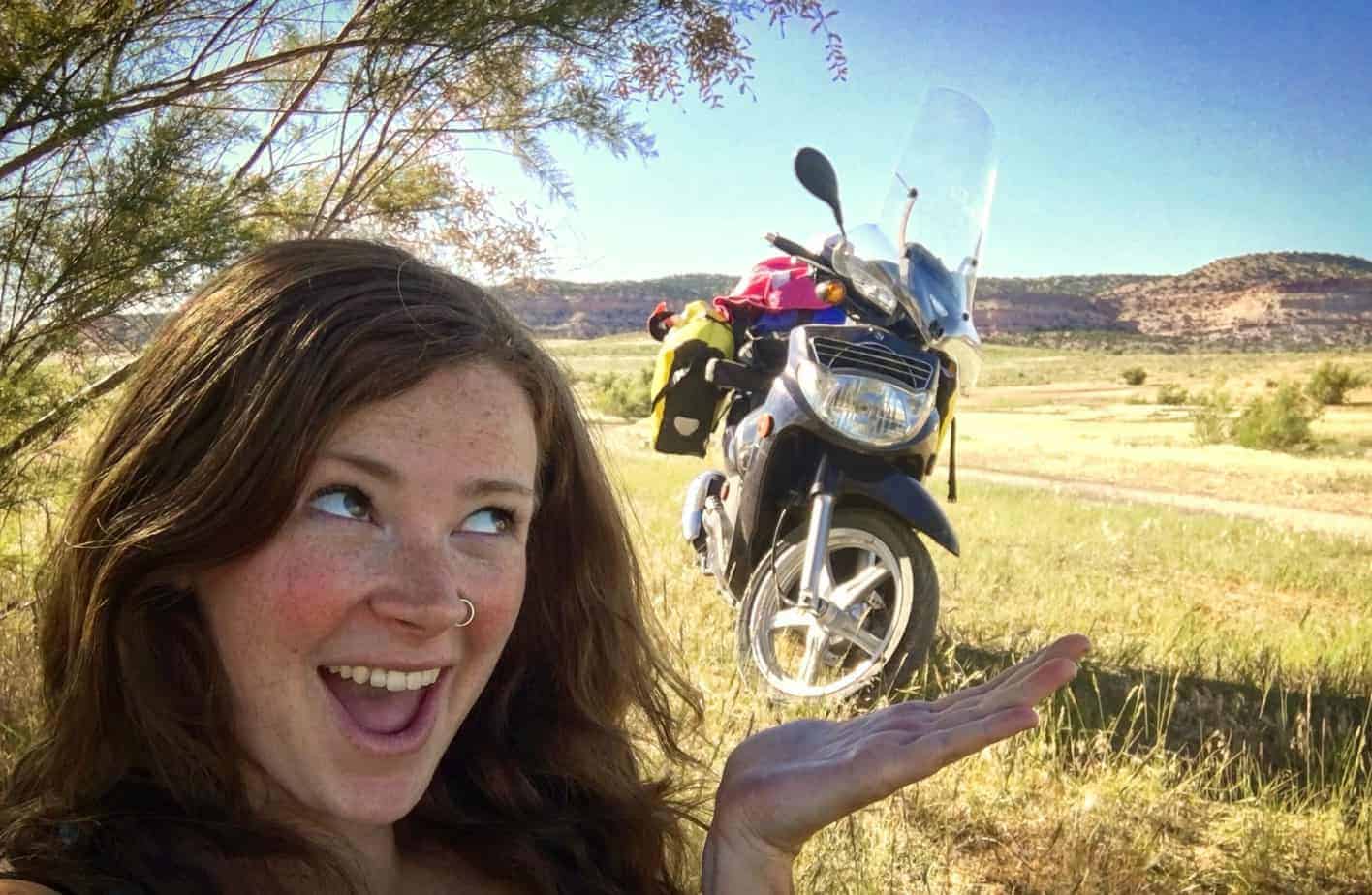 Sarah Blessington’s dream began with a scooter. “I’m not sure I would have actually gotten a tiny scooter to do this journey with if I’d known about the wind and how hard it can be to ride with.” As it is, she’s glad she took on the challenge of riding a SYM HD200 scooter to wind her way across the United States. She thought about other options, but each just felt like it was throwing money away. Out for a beach ride in Hawaii on her 49cc Honda Metropolitan, she had her aha moment: “Why not a grand solo adventure across the U.S. on scooter?” She found one for a reasonable price in San Francisco, and at less than $3 to fill up a tank, Sarah couldn’t say no.

From California, Sarah has voyaged to Colorado and across New Mexico and Texas, with an eventual destination of Asheville, North Carolina, in mind. In New Mexico, she was able to travel empty backroads filled with awe-inspiring sights, and even Western Texas managed to surprise her: “While it was slightly stressful trying to plan gas stops, those worries quickly became worth it as a new kind of desert unfolded before me.” 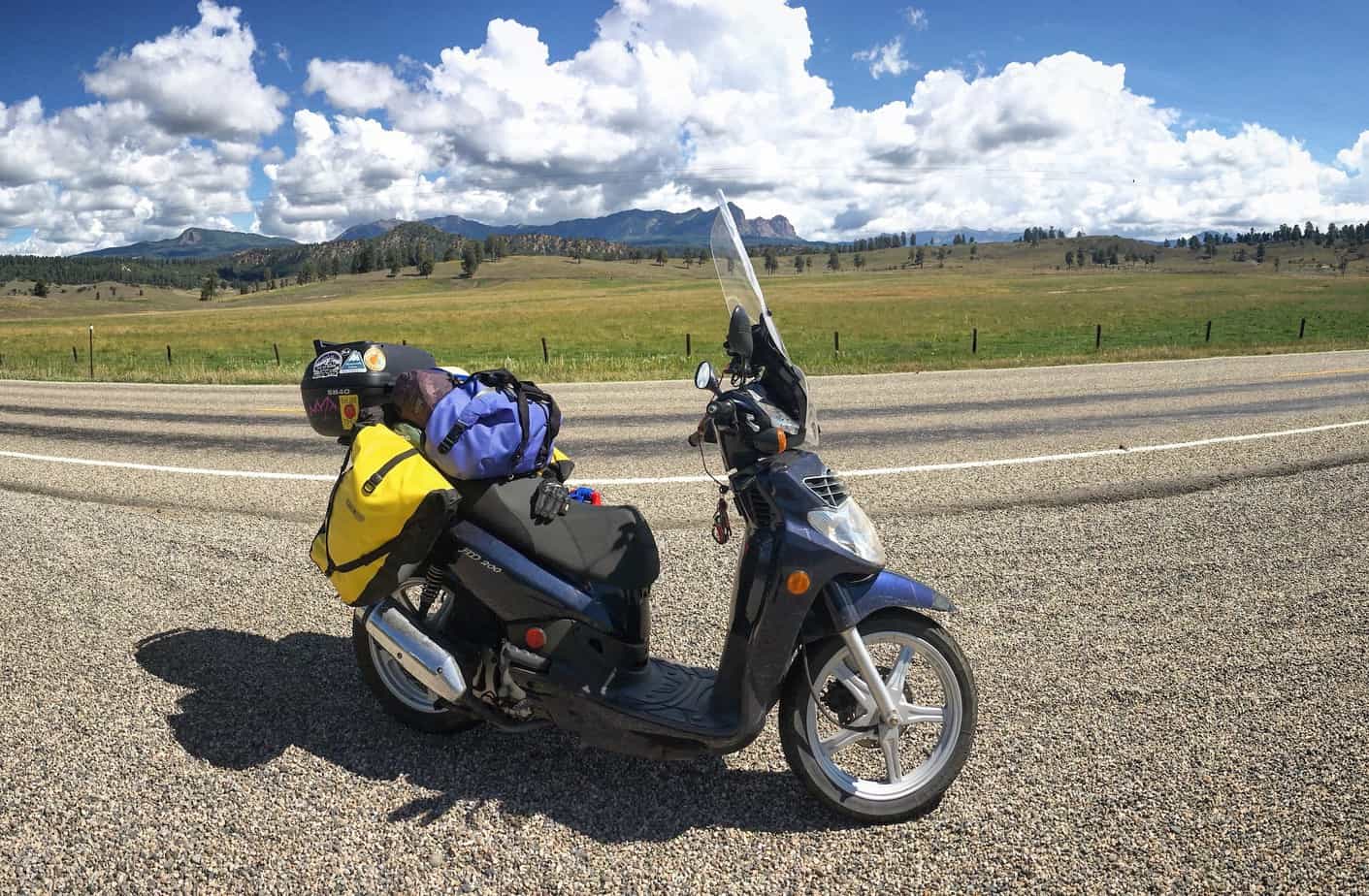 Through it all, Sarah says the best part of her journey has been the amazing and helpful people she has encountered. “This trip has transformed how I interact with people. At the beginning of this adventure, someone told me that unless I let people into my story, I don’t give them a chance to be a part of it.” She saw just how true this was when her CVT belt blew for the second time in the middle of Big Bend National Park in Texas. Sarah was able to call a nearby friend who offered up their trailer for the night, but she had no idea how she and her scooter were going to get to San Antonio, 350 miles away.

So Sarah took to the Internet. “I posted a picture of my poor broken-down scooter and shared a bit of my story.” Soon, her post was being shared and she received offers of help and places to stay while her scooter was being fixed. “The next day, I had a new friend rescuing me with a pick-up truck and taking me to another new friend’s house, who had Korean and Lebanese food waiting for me at 11 o’clock at night.” It’s an experience of kindness and friendship that Sarah says she is still integrating. “One thing is for certain—the adventure community is full of incredible humans, and I am lucky to be a part of it.”

All of these modern nomads have advice for any who are contemplating loosening the chains of a stationary life: just do it! “You can do it. You will grow in areas you never realized were even there,” says Youngman. And Blessington adds, “If you think even for a second that this is something you want to do, make it happen.” None of them would trade the occasional travail for a fully engaged life on the road. Silver adds, “Every day is wonderful. Seeing my kids roast marshmallows around a campfire, taking long walks with my husband, being more relaxed because our cost of living is so low, and the ability for all of us to pursue our passions rather than stick to a curriculum. It is all memorable and unique. I don’t take any of this for granted.” 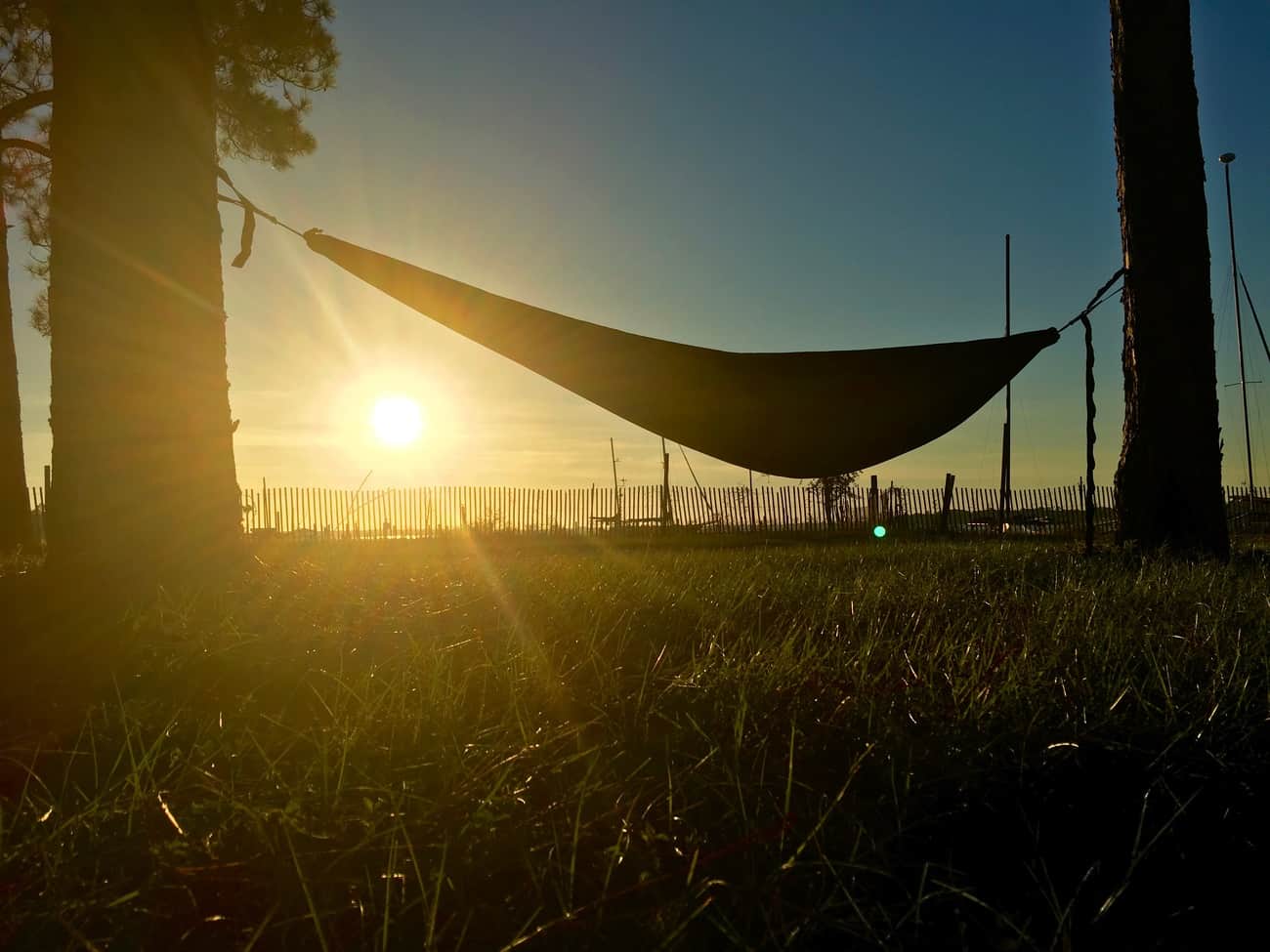