Earlier this year we had the chance to put GMC’s Sierra AT4 to the test on not only a closed course but also a 1,000-mile road trip through Death Valley and the Sierras. (You can read about the road trip here, or the off-road test here.) As expected, we fell in love with the comfortable interior, quiet cabin, and big V8 on the highway, but were surprised to find that it was also quite capable on the trail. From sand and rocks to snow and ice it took on everything we threw at it with ease, leaving us with a rather favorable impression of the platform as a whole. Now GMC has made it even better by introducing an all-new 3.0L straight-six Duramax diesel and revamping the suspension for 2020. Here’s what you need to know about the new changes, and how they perform on the trail.

Editor’s Note: Because we evaluated this truck’s capabilities at length in two previous articles, we will focus primarily on performance relating to the 3.0L Duramax and the suspension updates for 2020. 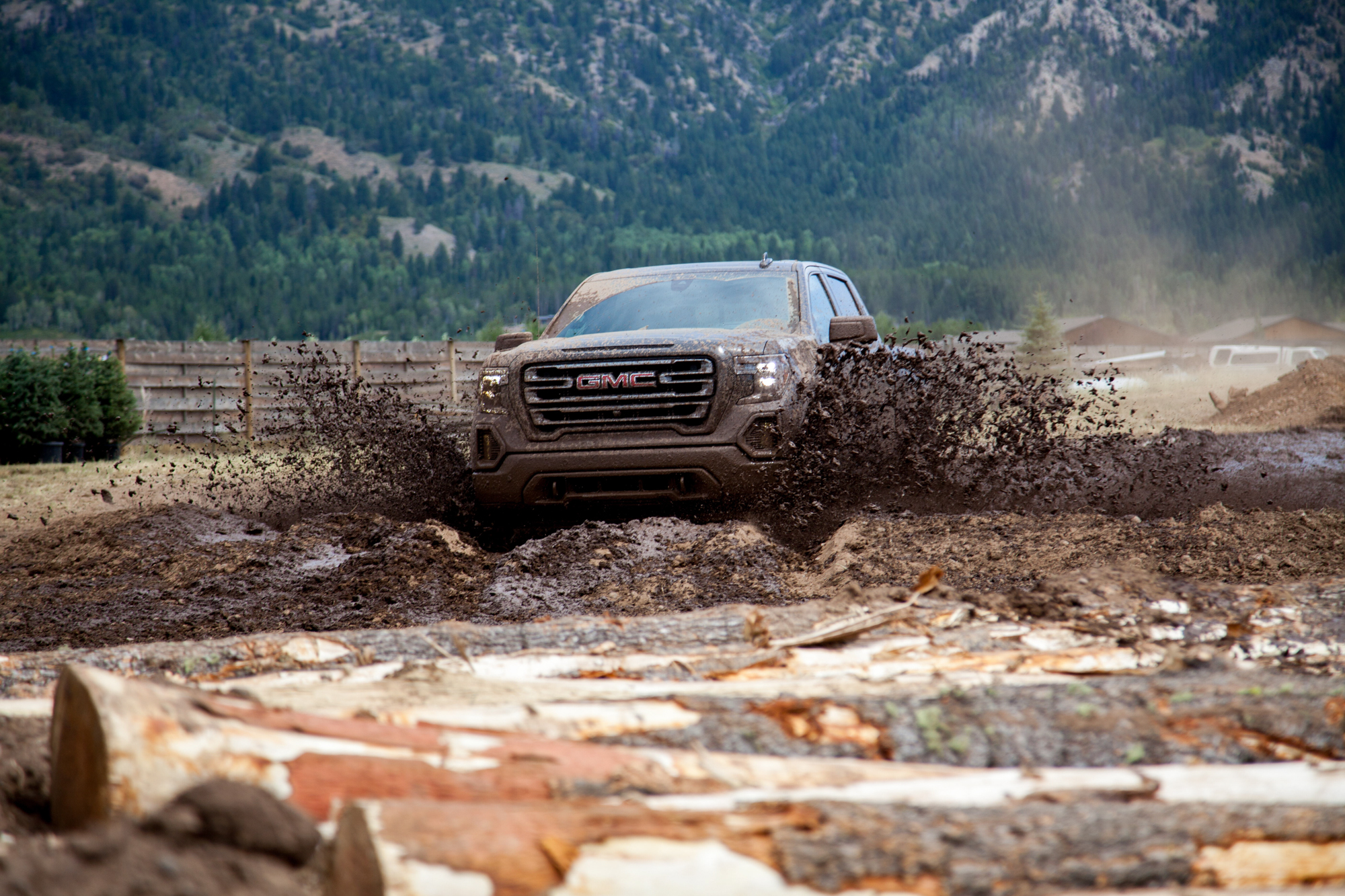 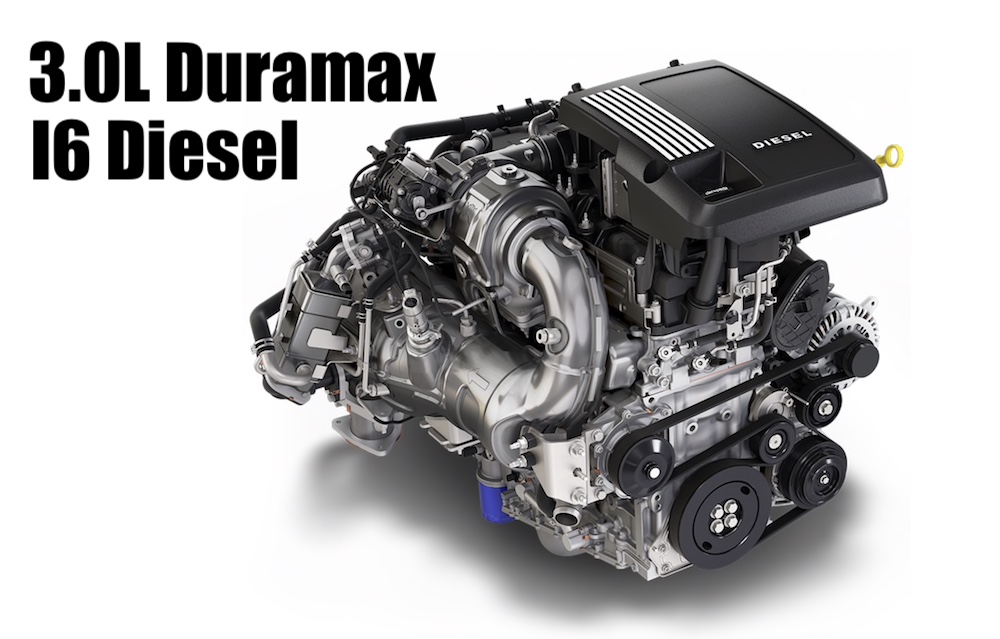 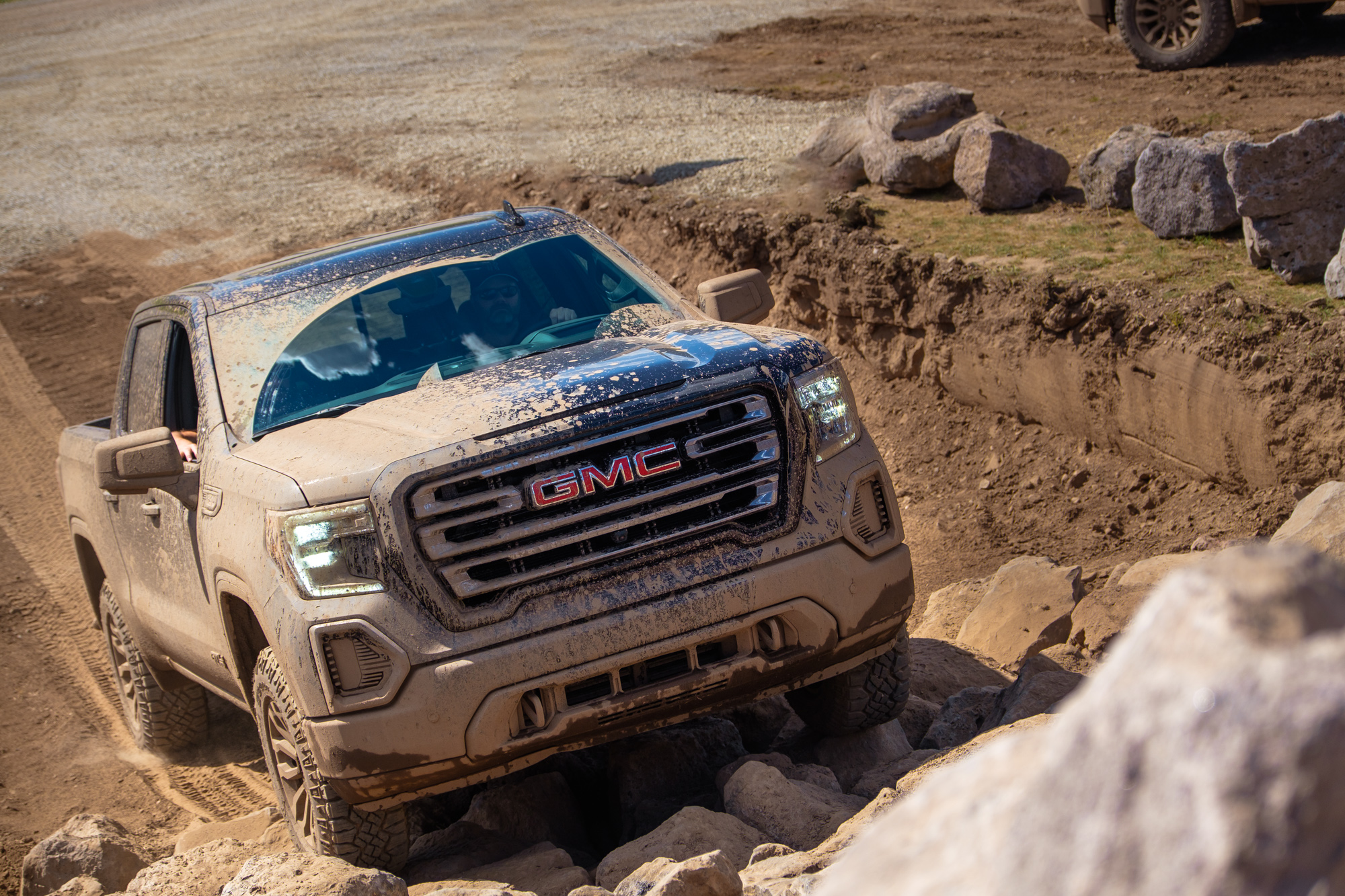 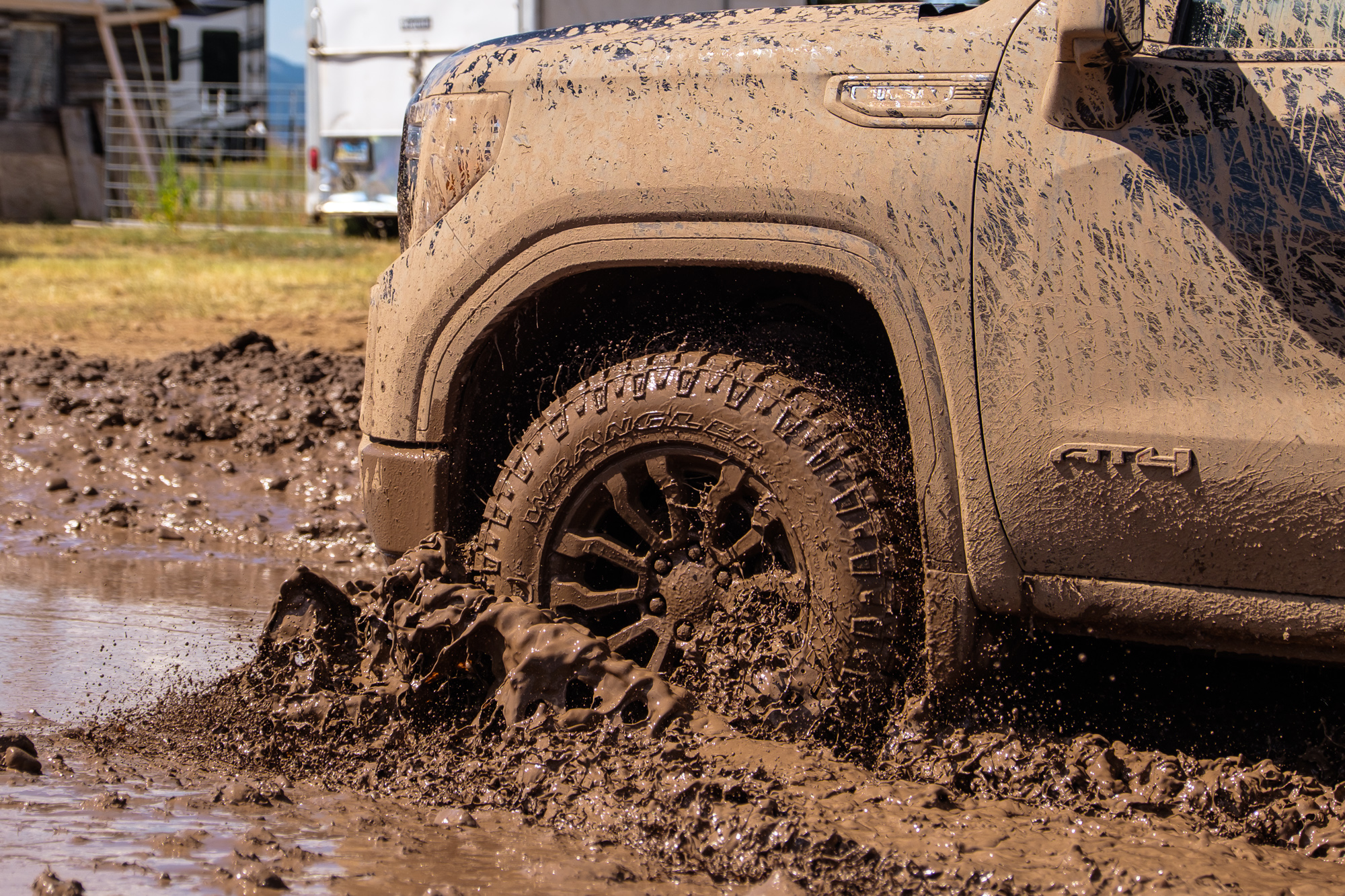 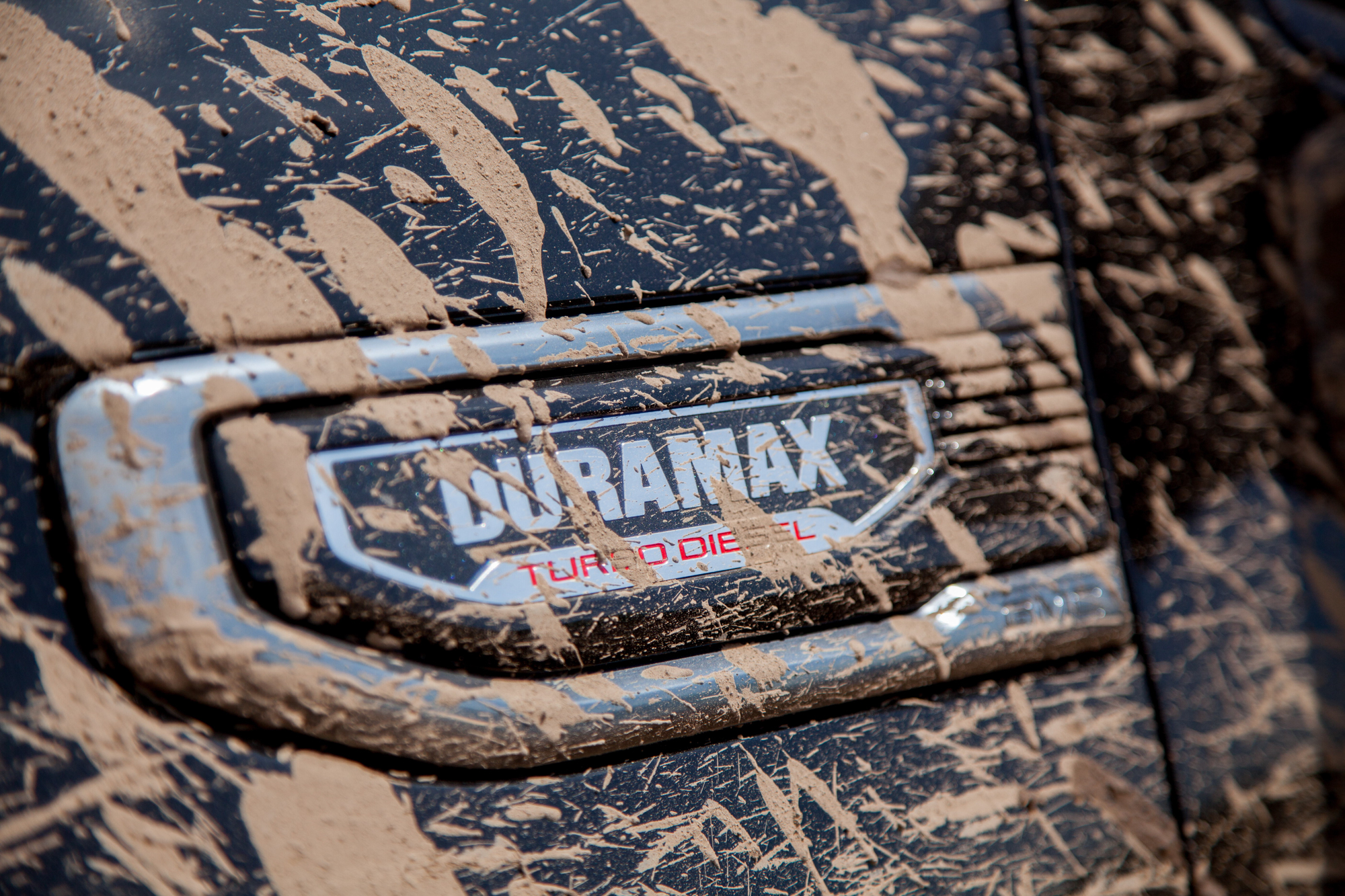 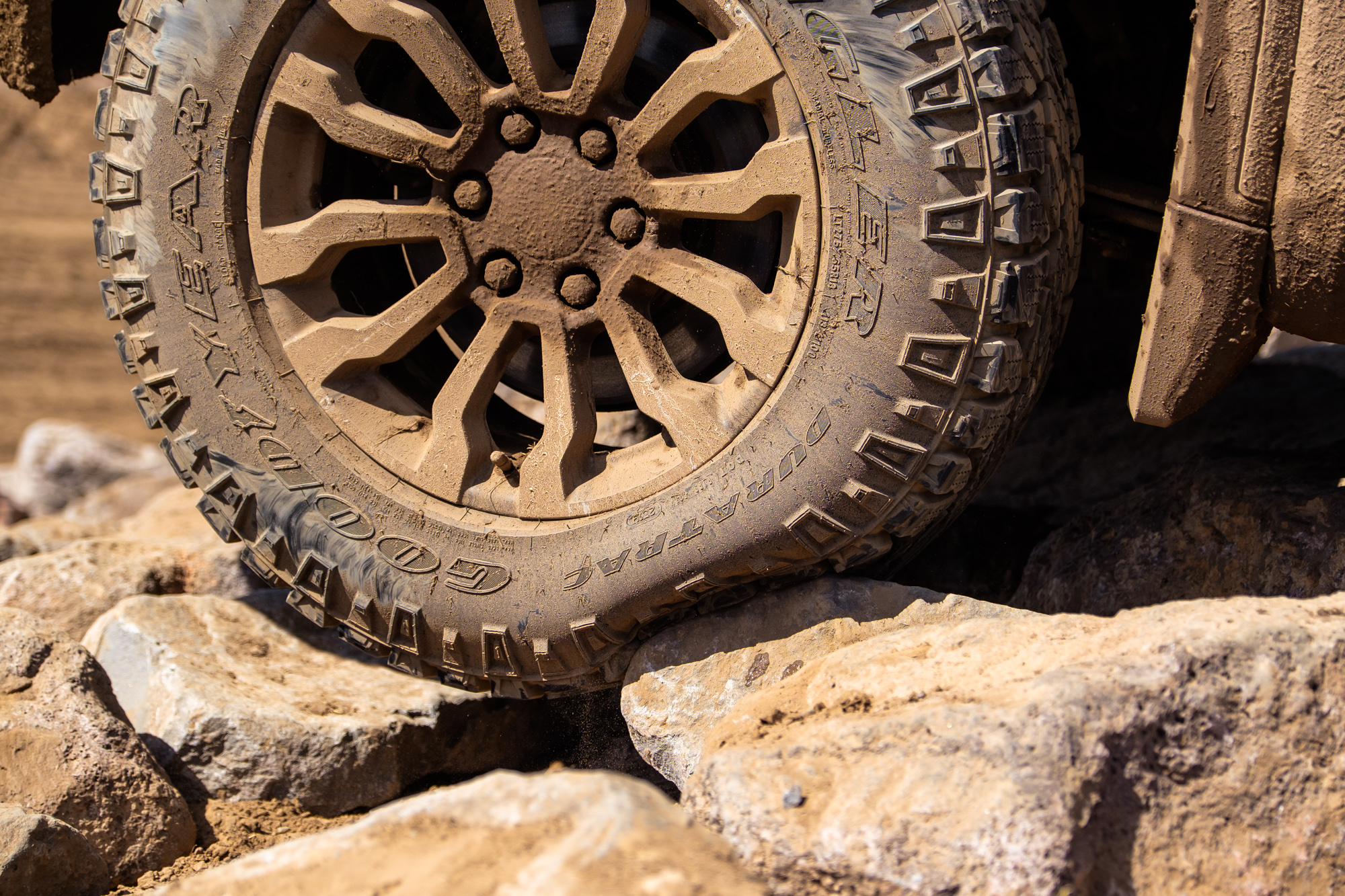 Since we were in Wyoming, we decided to open up the throttle on some dirt roads to let the 277 horsepower roam free, and were happy to discover that it felt more than adequate for the Sierras. In fact, the truck felt downright peppy. Throttle response was smooth too, with nearly seamless shifts from the 10-speed transmission, making it easy to control the truck on loose surfaces where it wanted to break free. Of course, letting it break free was a constantly tempting proposition. While the roar of the 6.2L may be absent with this motor, the truck’s fun demeanor certainly isn’t. 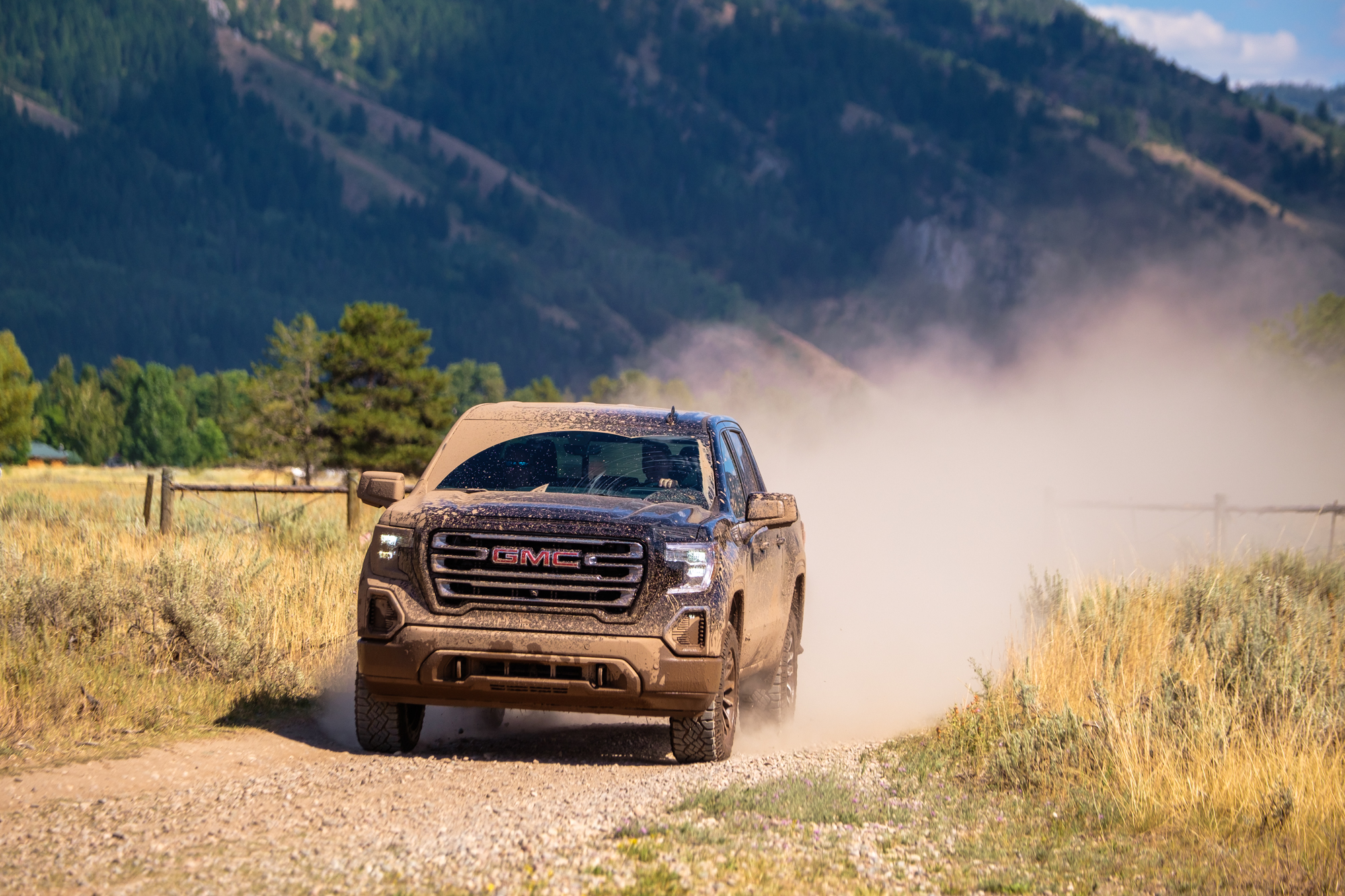 Then there’s the torque, all 460 glorious pound-feet of it. At first, you might be thinking that’s the same number as the 6.2L V8, so who cares, but there’s one very important difference you should know about. While the 6.2L produces 460 pound-feet of torque at 4,100 rpm, the 3.0L produces it at just 1,500 rpm, which means that when towing, hauling a payload, or tackling a trail the diesel has a huge advantage, one we could feel throughout this evaluation.

On the boulder field, for example, I came to a stop several times during the climb, forcing the truck to crawl its way over each rock ledge from a dead stop. Despite the lack of momentum, the diesel slowly thrummed away, crawling over each obstacle without so much as a slip. Most of the time the AT4 practically idled over the course, and when we did need to give it a bit more throttle, I was thrilled to see that the power band was predictable without any large surges from the turbo. 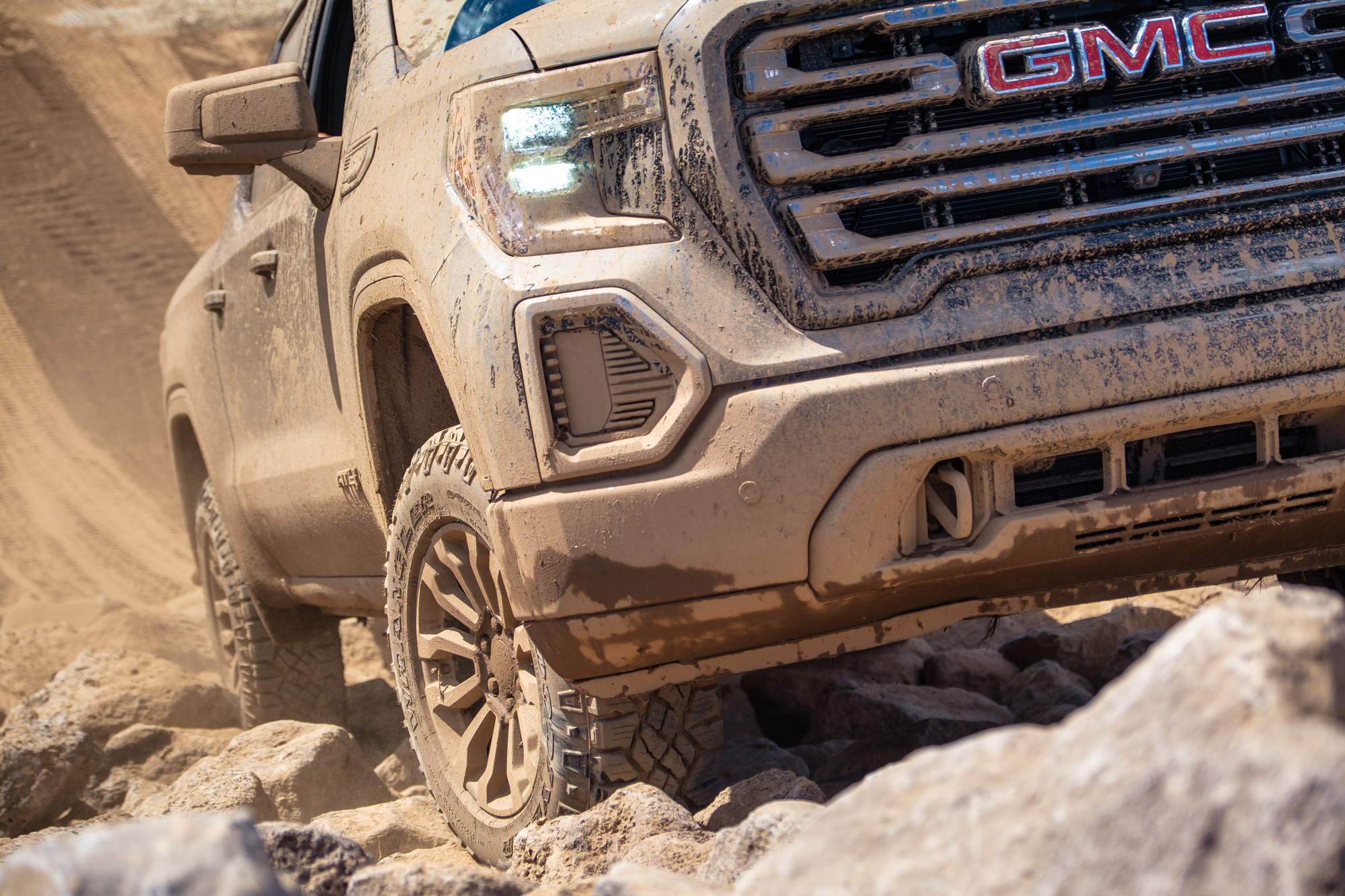 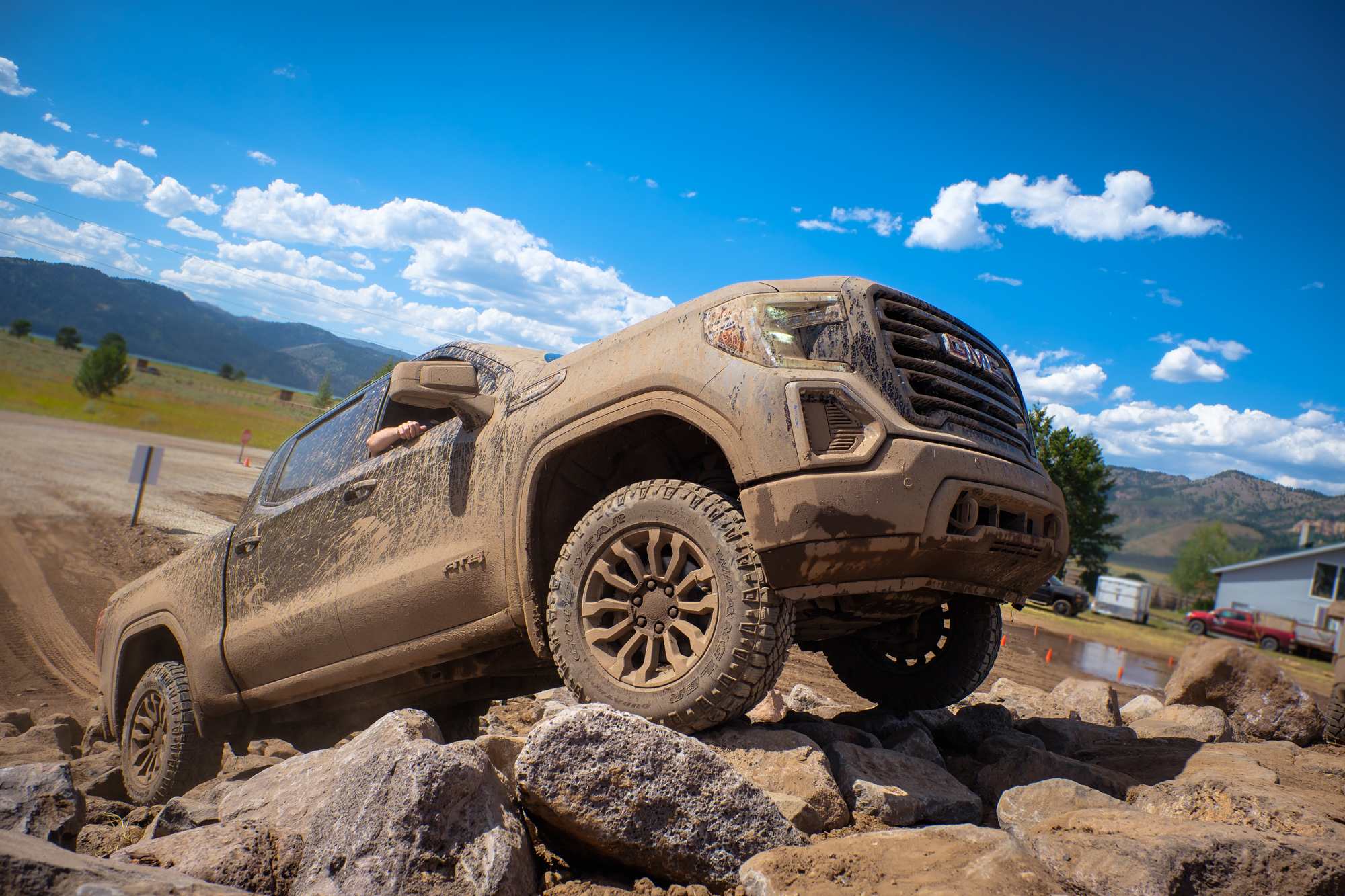 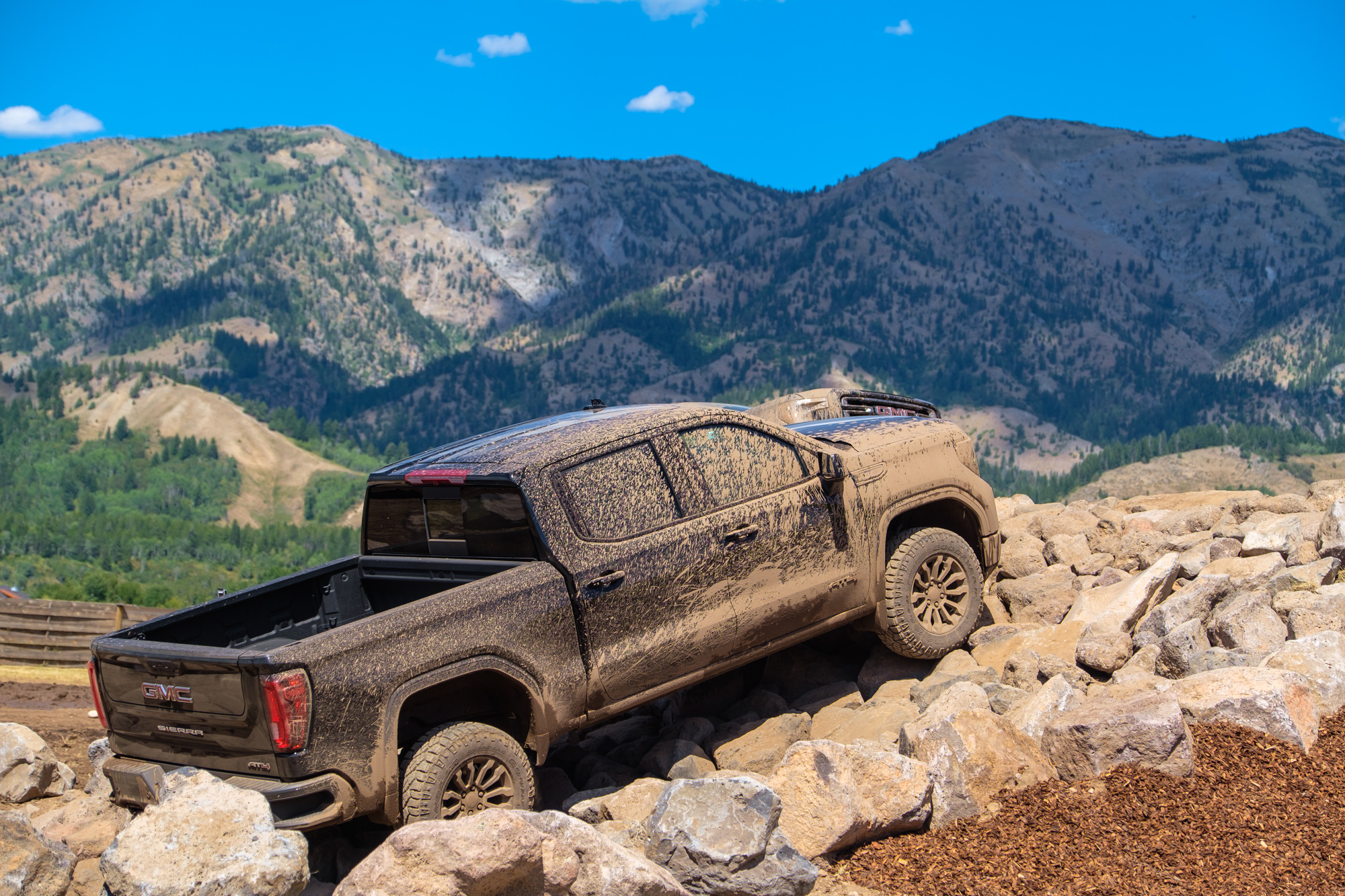 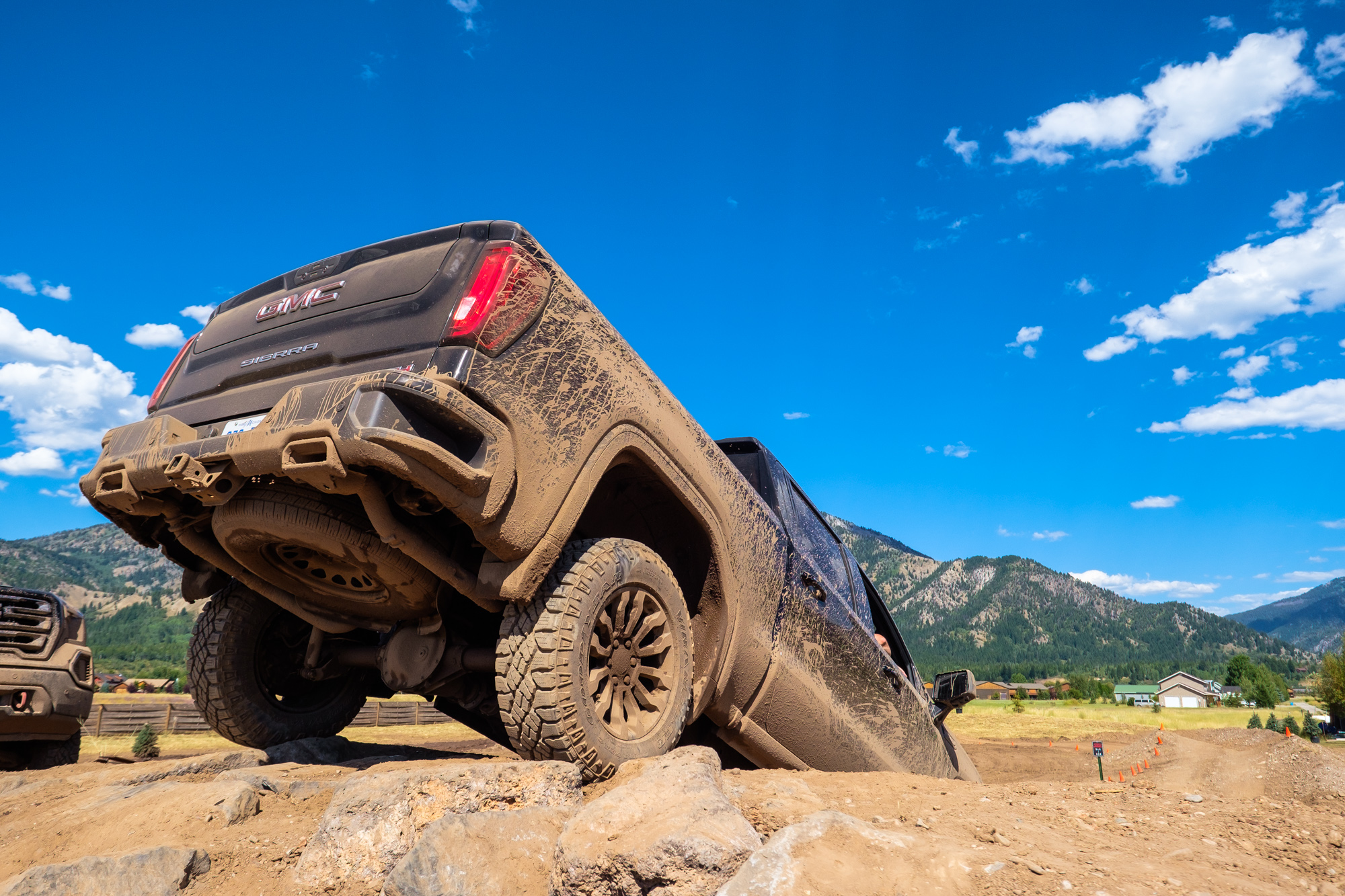 Although we didn’t spend any real highway time with the Duramax AT4, we recently evaluated the same motor in the Chevrolet Silverado, so I feel confident in saying that it’s quite good on the road. It’s also shockingly fuel-efficient too, more than the EPA estimates might lead you to believe. While we were admittedly driving two-wheel-drive models in the Chevrolet launch, and doing our best to hyper-mile them, I was able to attain an average of 42 miles per gallon on a 25-mile loop through the hill country surrounding Bend, Oregon. Another driver achieved a wild 47 miles per gallon. I doubt anyone would see those numbers on a regular basis, but with careful driving, you can certainly push the limits of efficiency on these motors. 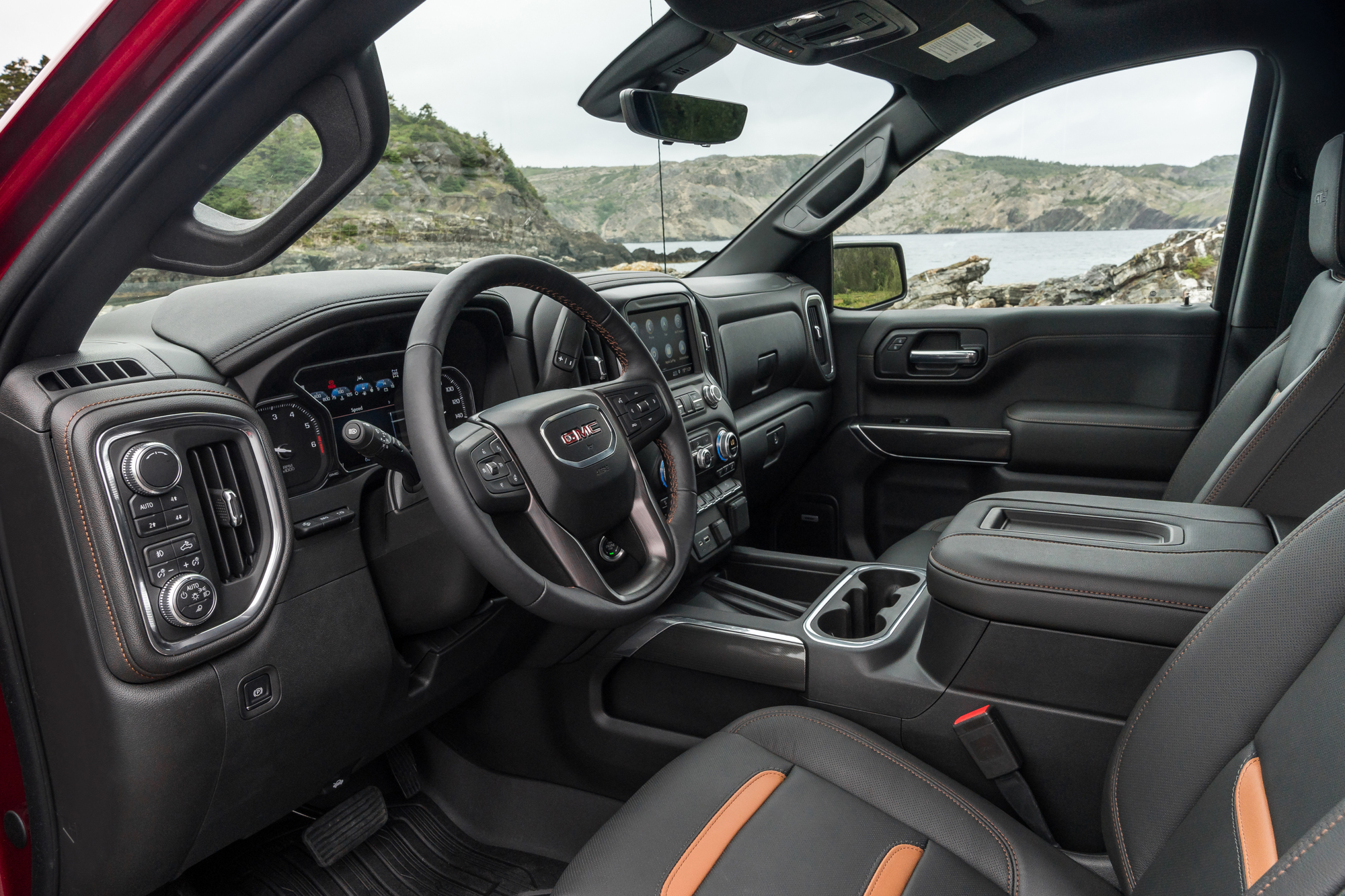 Although this article is largely focused on the 3.0L Duramax, I wanted to make note of a key suspension change that will impact all 2020 AT4s, and vastly improve them over the 2019 models. In my original review, I said that the Sierra AT4 was under dampened, which would lead to a sort of porpoising effect after large bumps or ruts. GMC apparently took that criticism back to the lab, because when I began throwing the new AT4 around on this drive, I found it behaved very differently. The suspension would compress and then rebound, but it returned to neutral quickly and smoothly afterward instead of continuing to cycle. Upon asking the engineer to elaborate on this shift, he informed me that the front coils were changed over to have a reduced side load, while the rear suspension received recambered helper springs that engage sooner than in the previous generation truck. The combination improved the responsiveness of the steering, eliminated the porpoising, and increased confidence while towing—all big wins for the AT4 and GMC customers. 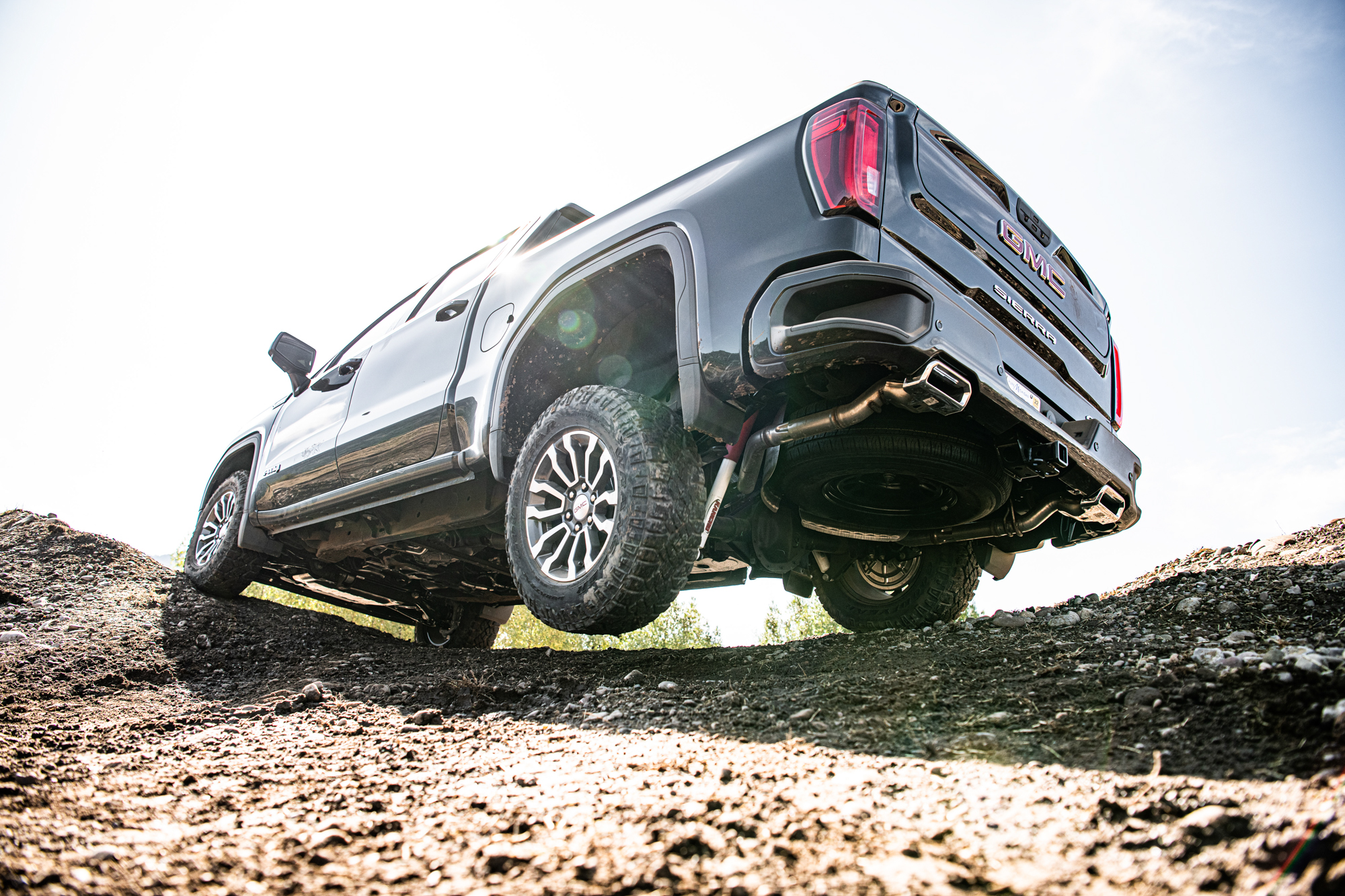 Is it worth it?

The question that we always come back to with modern diesel engines is, are they worth it? The large premiums required to upgrade from the standard gasoline motors can often take years to offset in fuel savings, and the increased cost of maintenance for diesels can compound that issue. Still, in the case of the AT4, I would say that it is worth it for the overlander, as the increased range allows for exploring deeper and longer in the backcountry. It is also a fair value because consumers will only see a price increase of $2,495 over the standard 5.3L V8 for the Duramax and zero difference in cost between the diesel and the 6.2L V8. For that small sum, they get between a 24 percent and 38 percent improvement in fuel economy over the 5.3L, which based on the truck’s 24 gallon tank, translates to an additional 120 miles of range. Add on the Durmax’s low-end torque for trail work, and it’s pretty clear why the 3.0L diesel is our favorite motor for the AT4.

To learn more, visit the GMC AT4 website here. 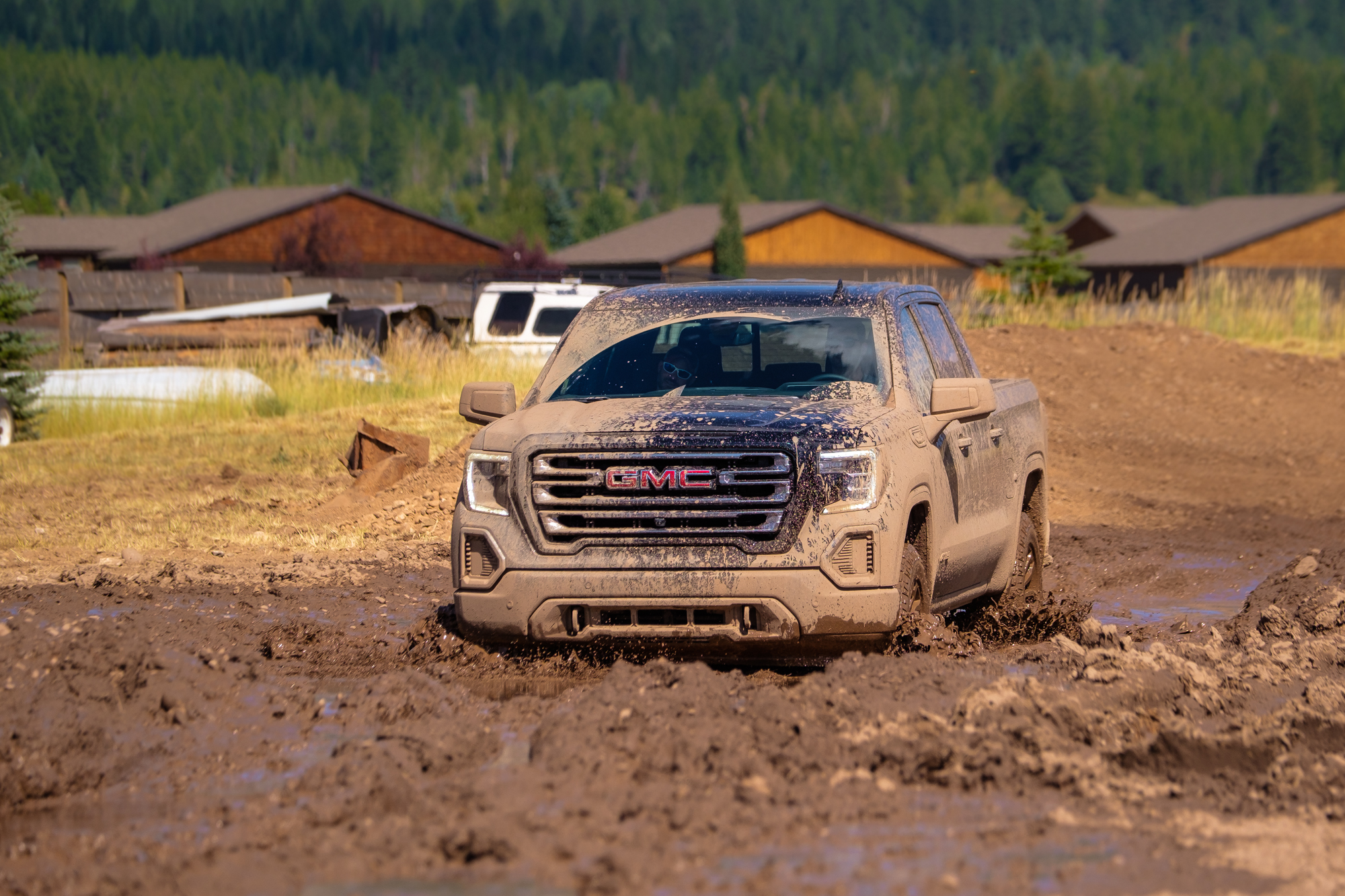 GMC’s AT4 HD Is Good, But Can It Compete With Power Wagon or Tremor?

Overland: Through the Middle of the World 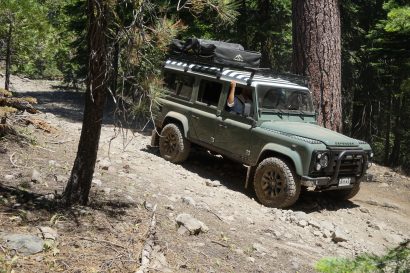 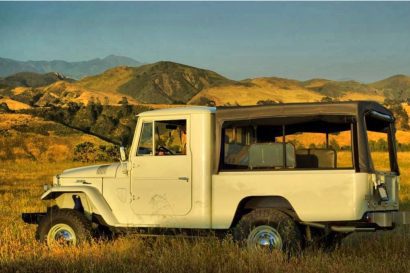 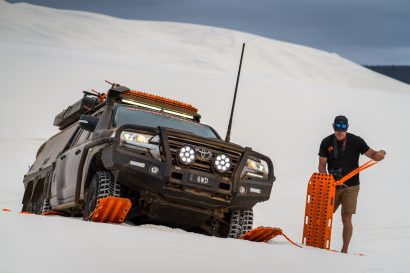