Dual Sport helmets are a relatively new addition to the motorcycle world. Designed to marry the finer traits of road and offroad helmets, they tend to borrow heavily from the latter, often with the simple addition of a full visor. Over the last few years we have seen many of the better helmet manufacturers making honest efforts to increase the road manners of these helmets making them more “dual” than ever before. AGV’s AX-8 Dual EVO is such a helmet.

Constructed of fiberglass, kevlar, and carbon fiber, the EVO is built in three shell sizes (eight sizes in total) with a size large weighing only 1514 grams. That makes it one of the lightest DS helmets on the market. Aesthetics are hopelessly subjective, but we think the angular design of the EVO is attractive and mimics many of the edgy lines used on the latest crop of adventure bikes. In fact, it looks like it was chiseled from the flanks of the new BMW 1200GS.

There are a number of features and appointments that are worthy of mention on the EVO. The ventilation in particular is quite effective. Four large vents at the chin bar, brow, and crest of the helmet are easily actuated and make appreciable differences in air flow. The chin curtain, once removed, also helps with the flow of air and stays put well enough, although care must be taken to not knock it out when pulling the helmet from your head. A standard D-ring strap closure keeps the EVO in place, and a soft rubber bumper at the base of the chin bar minimizes impact forces should the helmet rotate forward and into the rider’s chest.

The peak visor is frequently the best and worst part of any DS helmet and often the singular reason why many riders opt not to use a DS helmet. While great for reducing glare from the sun, they can be a literal pain in the neck at high speeds. No peak visor will be impervious to windage, but the large gap between the EVO’s peak visor and the shell of the helmet does permit enough air pass-through to limit the excessive lift that many DS helmets suffer. Users on prolonged trips at higher speeds can quickly remove the peak visor to reduce that drag all together. 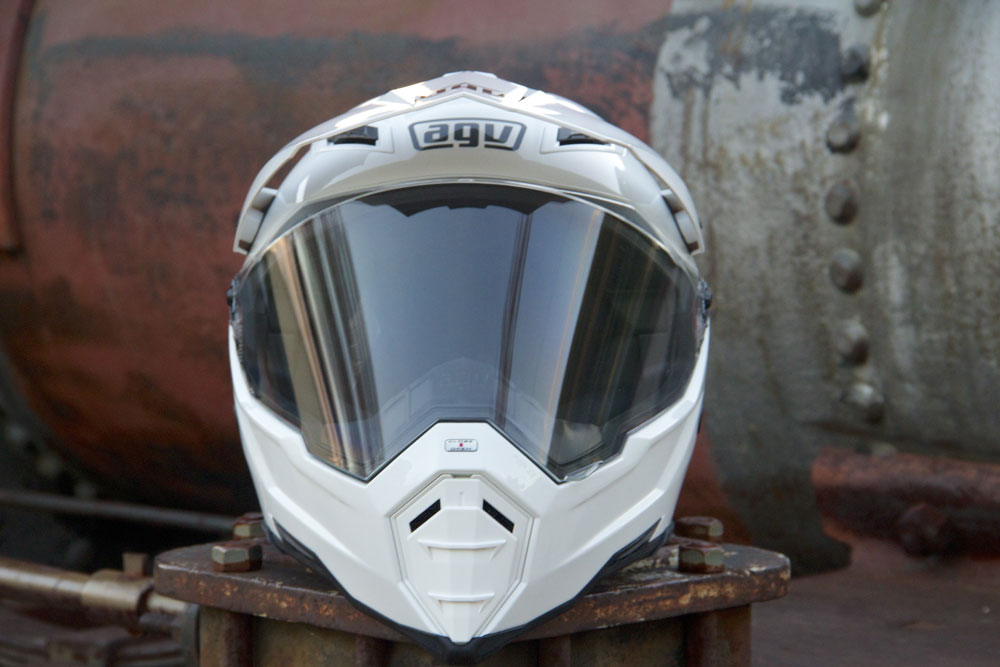 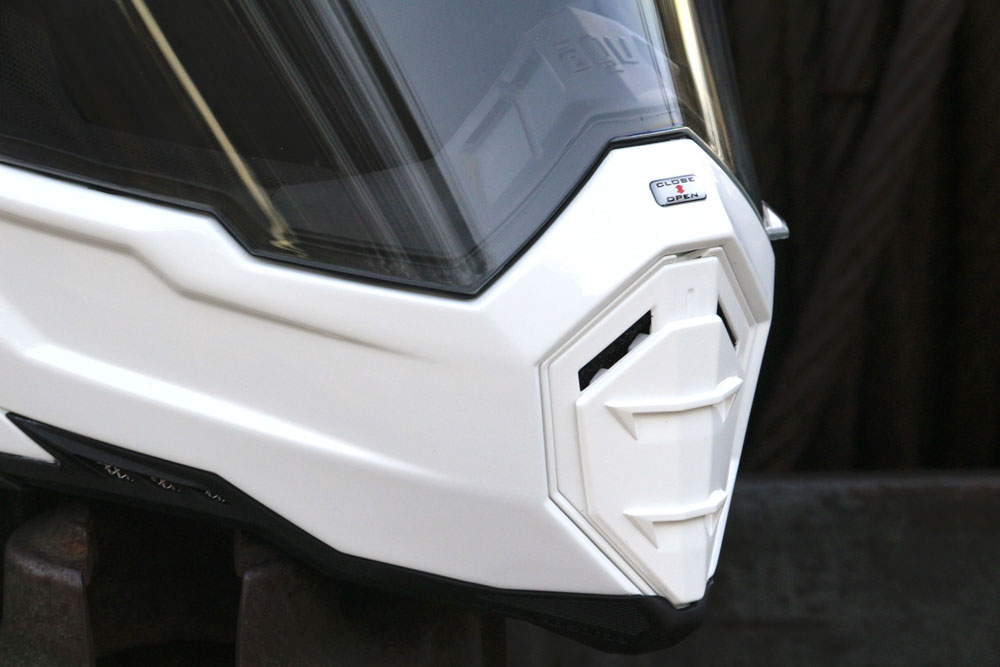 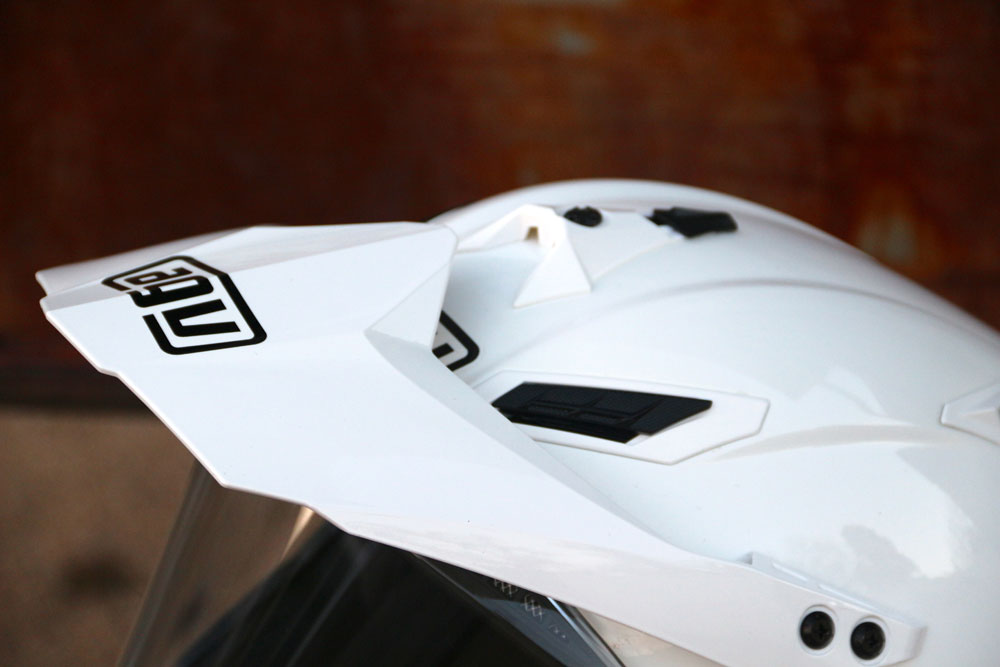 It would be tough to find anything to lament with the EVO. It’s intelligently designed and well crafted. If there was one thing to change, and this is really looking for petty faults, it might be with the detents on the visor hinges. The first position is too high and puts the bottom of the shield right at eye level, which is not so handy.

Adding up the sum of it’s parts, the EVO is far more than just a motocross helmet plus one clear shield. It does feel more aerodynamic than many DS helmets on the market, and deserves to wear the “dual” moniker. It’s curiously light, and at $420 it slides into the lower aspect of what many consider the upper end, so it will earn value points with many riders. It’s a great lid, to be sure.

Icon Outsider, Ready for the Apocalypse 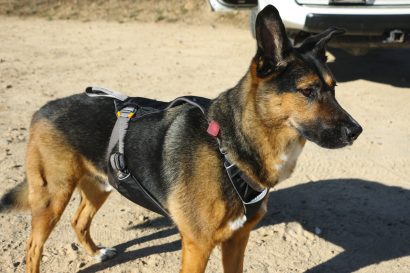 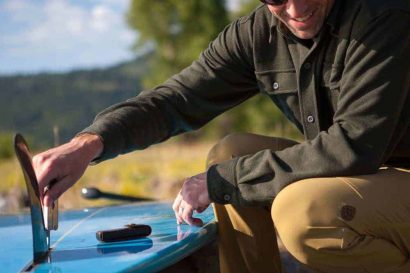