Last June I saddled up for a long ride for the sole purpose of testing the Alpinestars Valparaiso jacket and pant combo. After the first thousand miles, and as much as I wanted to like it, I had to concede that Alpinestars had completely missed the mark. In short, the value was incredible, the features impressive, but the fit was way off and some of the details were simply not well thought out. While not one aspect of it was genuinely bad, I nit-picked it to death. I didn’t hate it, but I wasn’t stoked about it, either.

When I heard Alpinestars had redesigned the Valparaiso, I knew they too had seen the need for changes. I could almost telepath the things they were going to address, and to my great relief, they brought the suit to its full potential. I can now say about the Valparaiso 2 what I wanted to say about the first version––it is in my opinion one of the best values in motorcycle suits.

My biggest beef with the original suit was the super baggy fit. Granted, I’m a lean guy, but the lower half fit like snowboard pants. The jacket wasn’t particularly floppy, but there was a lot of excess material and it just didn’t have a very sophisticated or anatomical shape. The V2 is a million times better.

One of the things I did like about the first suit was the number of ventilation features placed throughout the jacket. There have been some significant changes to those vents, some better, some maybe not so. The chest vents now open outwardly in a similar fashion to jackets from other brands like REV’IT. It makes them much easier to deploy. The forearm vents, although slightly smaller than before, don’t extend all the way to the cuff, which while it doesn’t flow as much air, makes that contact at the wrist much more comfortable.

The biggest change is to the back vents. Whereas the original suit had a massive retractable back panel, the new version has two vertical vents. It doesn’t expel nearly as much air, but I have to think it provides far more protection, and that’s what a good suit is all about.

Like the first generation Valparaiso, the new suit has a full compliment of pockets inside and out with two front pockets lined with waterproof fabric and sealed with PU coated zippers. The back cargo pocket is massive, a feature I have come to love. The V2 also includes more adjustability with webbing tensioners at the upper and lower arms as well as at the waist.

Other improvements include more durable 600-denier fabric at critical contact points at the shoulders and forearms, more reflective accents, and more use of soft-touch fabrics at the wrists and neck, two places where the original suit caused me a small bit of irritation on long rides.

For foul weather and cold climate riding, the suit includes an insulated liner and an updated DRYSTAR waterproof/breathable inner jacket that is now finished well enough to be worn as a stand alone layer when off the bike. Overall, there is a ton to like about the Valparaiso 2, and it really is impressive that it can be had for just under $500. I can only think of a couple other jackets on the market with this level of performance. In fact, I think this is the best value on the market today.

As one would expect, many of the upgrades applied to the jacket were transitioned to the pants a well. The fit is more athletic, heavier materials have been applied to the contact points, and the pants retain the adjustable waistband and suspenders which I really liked. The big update is with the large thigh vents. The first version had tiny slit vents behind the leading edge of the cargo pockets that proved to be completely worthless. The new vents open up to expose huge mesh panels. It’s always tough to flow air through pants as it’s not easy to expel warm air, but these new vents are major improvement.

Like the top, the bottoms also include a DRYSTAR liner and insulation layer. It has to get pretty darn chilly for me to layer up with the thermal liner, but it is nice to have. Overall, they did a great job of addressing the major complaints I had with the pants, which centered around poor ventilation and a hip-hop fit.

In the last three years I have tested almost a dozen top tier suits from all the major manufacturers. Not one of them is perfect. Personal preference and fit always play into the end user experience, but there are sometimes minor and major faults worth mentioning.

My quips with the Valparaiso 2 jacket are at best, very minor. I do wish the left chest vent wasn’t backed with a waterproof pocket as it greatly reduces air flow. The lower arm vents are well placed, but I have noticed the sleeves don’t move a ton of air on really warm days. Not as much as say a similarly priced REV’IT! Sand 2 suit. I also find the collar still could use more refinement, but that is getting downright picky.

If you were to place the Valparaiso 2 next to other suits costing as much as double in price, it would be difficult to see many obvious differences. Aplinestars trimmed some costs with lower priced armor, and no back protector at all, but those things can be upgraded at a very reasonable cost. The devil is in the details and this time around, they nailed nearly every one of them down to the spring loaded, rubber-coated snaps. Although the price of the new jacket went up a tad, the pants are cheaper with a net buy-in for both at under $850 if just. Given the return on that investment, that’s a smoking deal. 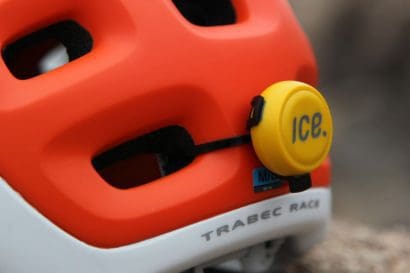 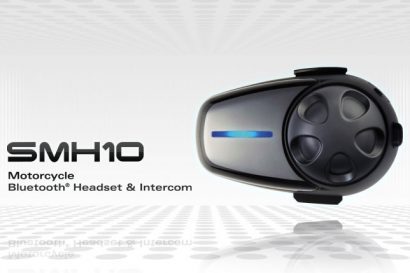 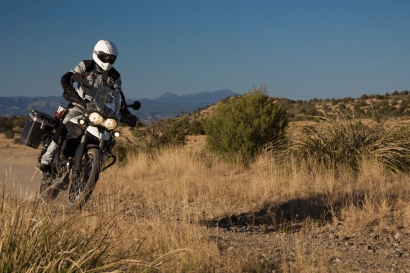