It seems a little odd that shovels have become such a hot commodity in the overland marketplace—people are crazy for them. You can buy shovels pointed, square, or round, ultralight or tactical, and even carbon-fiber models with titanium blades. At times, the designs and indeed the price tags can seem a little absurd, which is why for the longest time, a Kobalt shovel from Lowe’s adorned the side of my truck. It was cheap, tough, and it worked, but it was also a pain. Its long handle and rounded blade were great for digging all day at home, but hauling its immense rusting form off my roof rack each time I needed to tend a fire pit or dig a cathole was outright unnecessary. I needed something lighter, more compact, and easier to handle—a shovel designed to break ground easily instead of digging all day. A few obvious solutions surfaced, one of which was RoamBuilt’s V-Nose shovel. 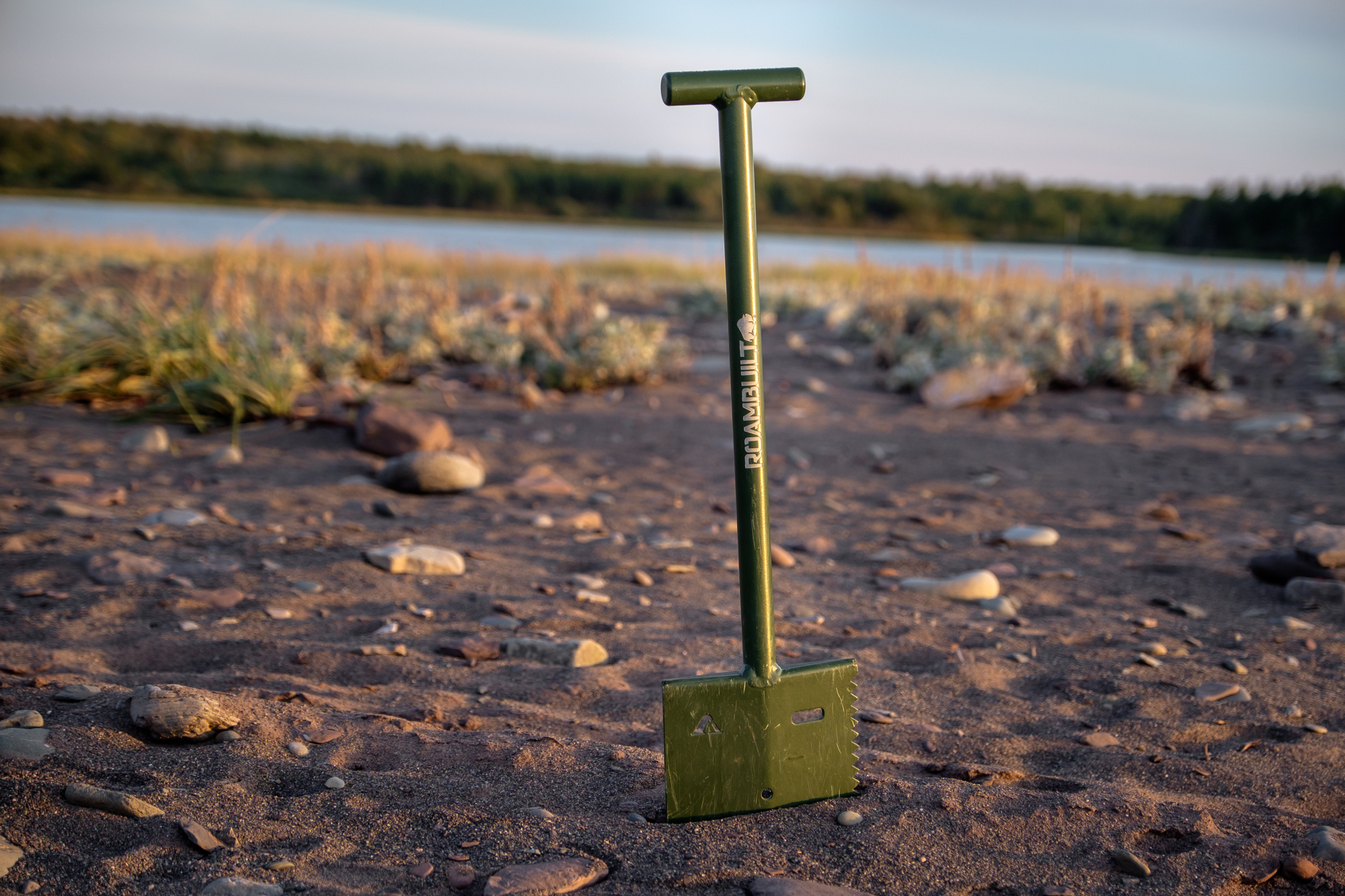 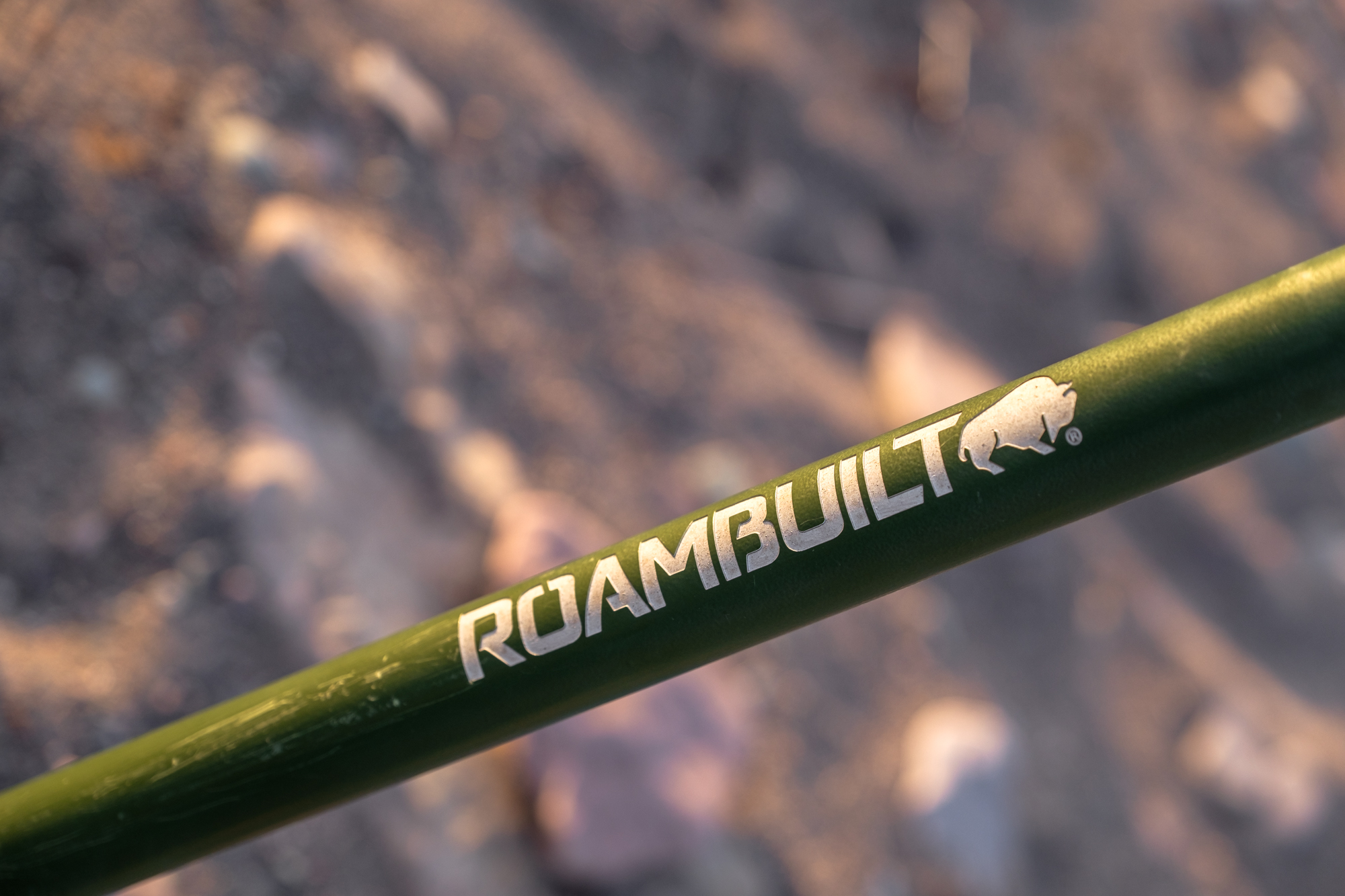 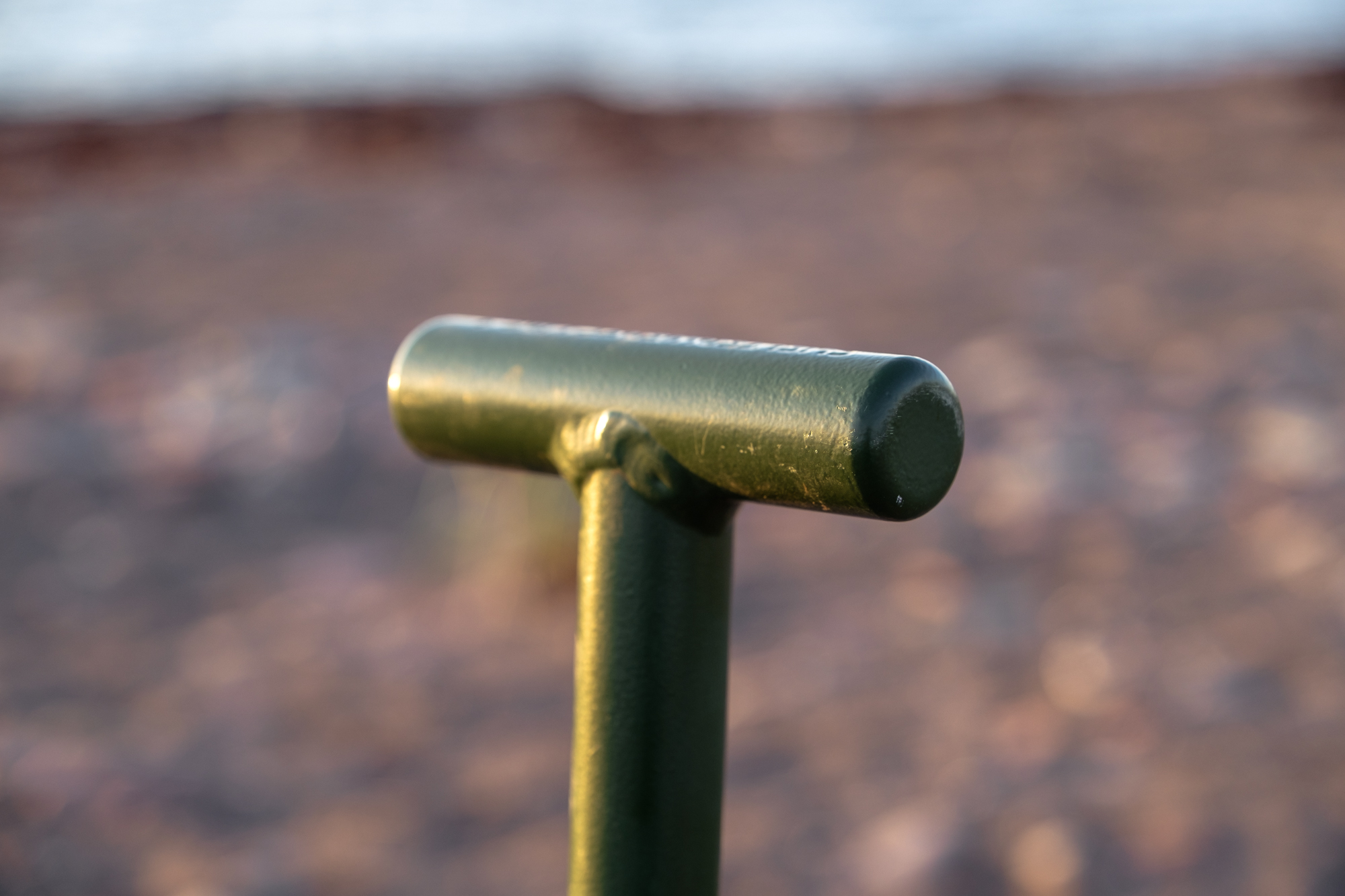 Now let’s be honest, the reason people are buying expensive shovels isn’t that they’ve become fascinated with digging—it’s because they look cool. And if there’s one thing you can say about RoamBuilt’s shovel, it’s that it looks frickin’ cool. The laser-etched logo stands proud along the handle, a serrated edge runs the length of the blade, and a sharp nose looks poised to destroy any dirt that has the gall to stand in your way. Is it ridiculous to buy a shovel because it looks great? Maybe, but let the person who’s never cared about how their vehicle looks cast the first stone. 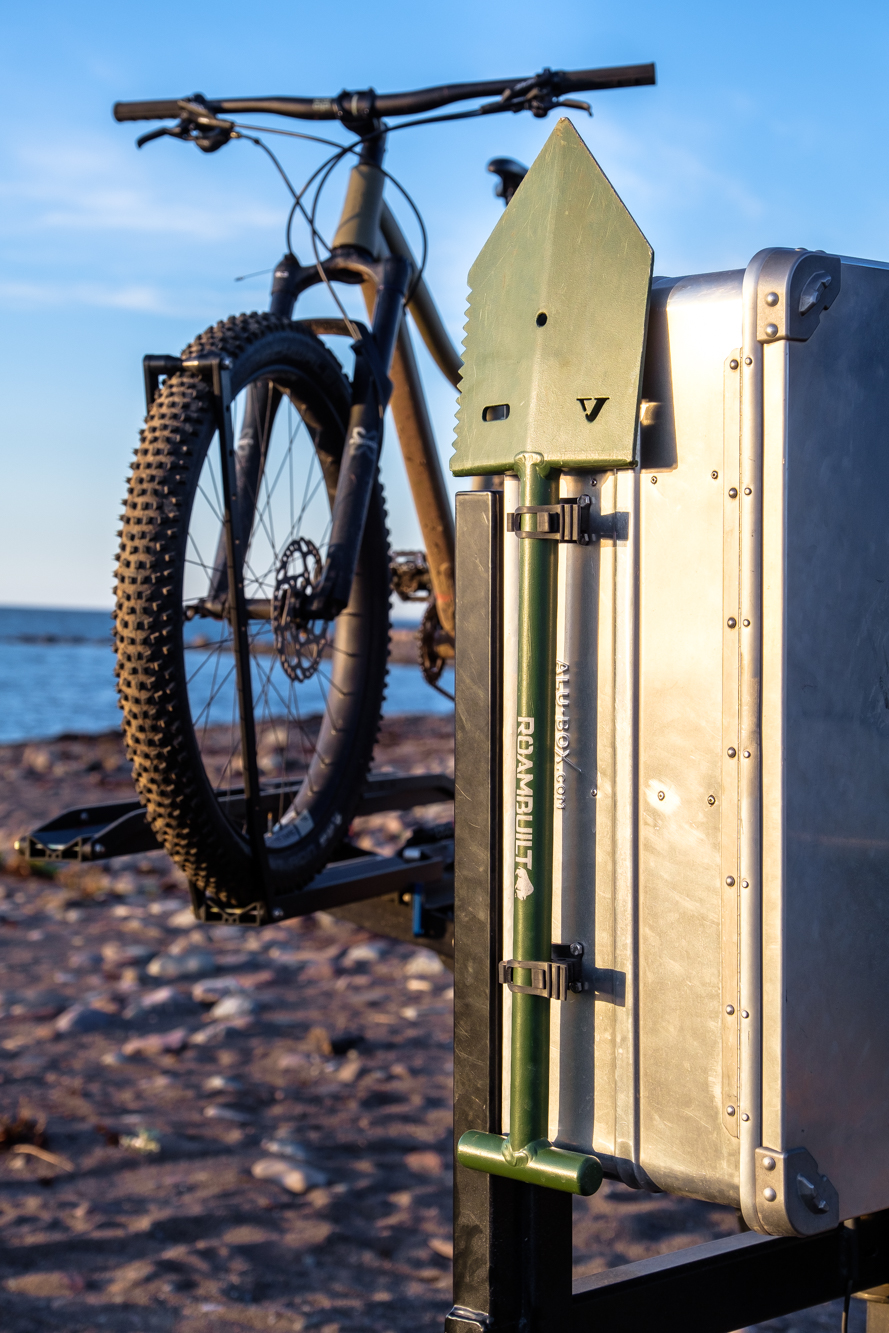 RoamBuilt’s shovel is about more than looks though. I was surprised to find that the V-nose is quite practical. Take the blade, for example. At first glance, experts might say that it would be inefficient for moving large quantities of dirt, and in a way they’re right. But the pointed V shape is excellent at breaking through the first layer of ground, and that’s exactly where we spend the majority of our time digging. After all, the majority of our shovel use is probably digging catholes 6-8 inches deep, and the occasional recovery rarely involves digging deep trenches. If you do find yourself needing to excavate some serious earth though, fear not, this shovel is up to the task. It’s fully welded to eliminate any movement or wobbles and features a flat footpad and solid T-grip for leverage and stability. The blade is made from a strong-formed 5052 aluminum alloy, and the whole shovel is sealed with a heavy-duty powder coat for corrosion resistance. Despite this hardy construction, total weight comes in at just 3 pounds, making it a breeze to handle. 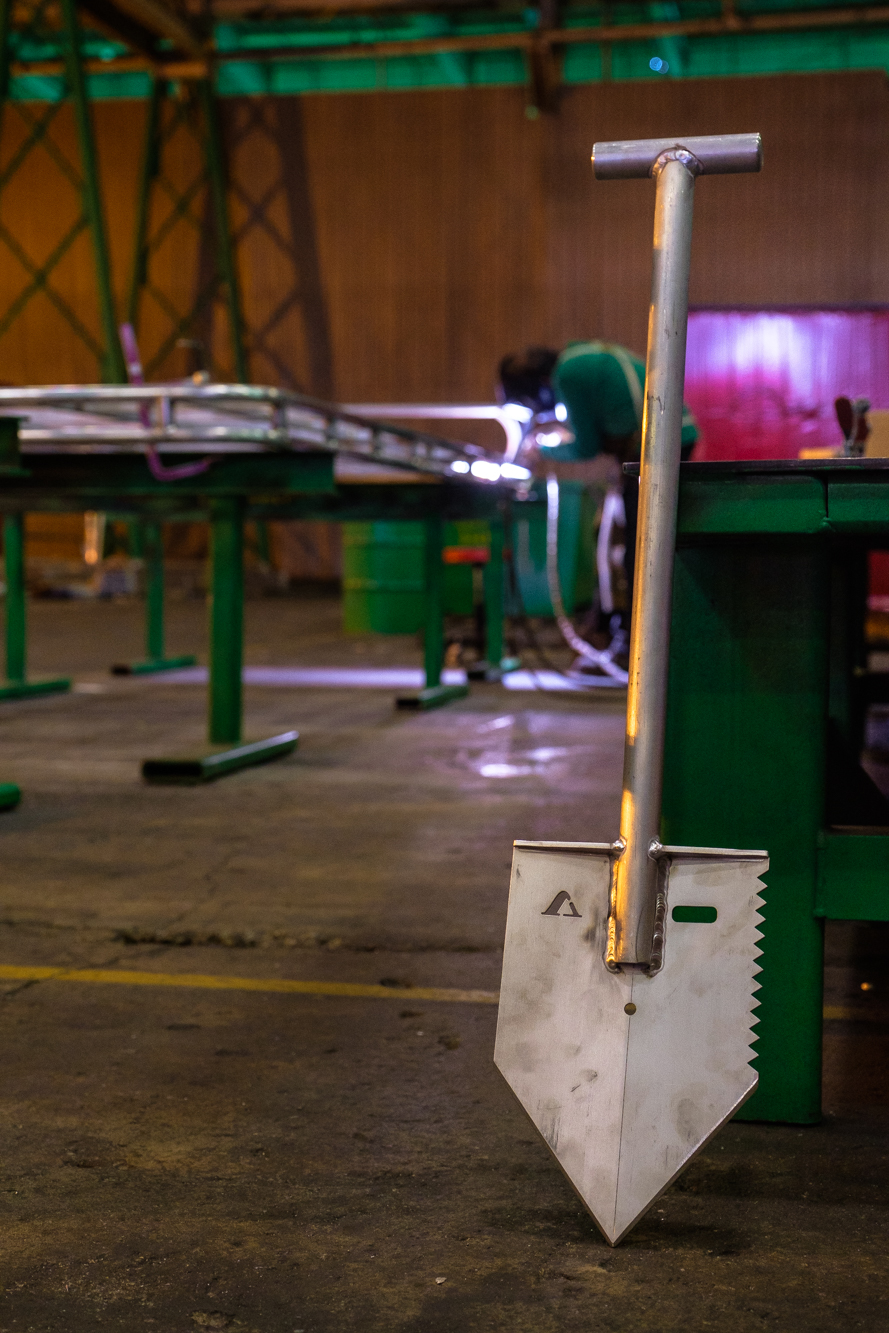 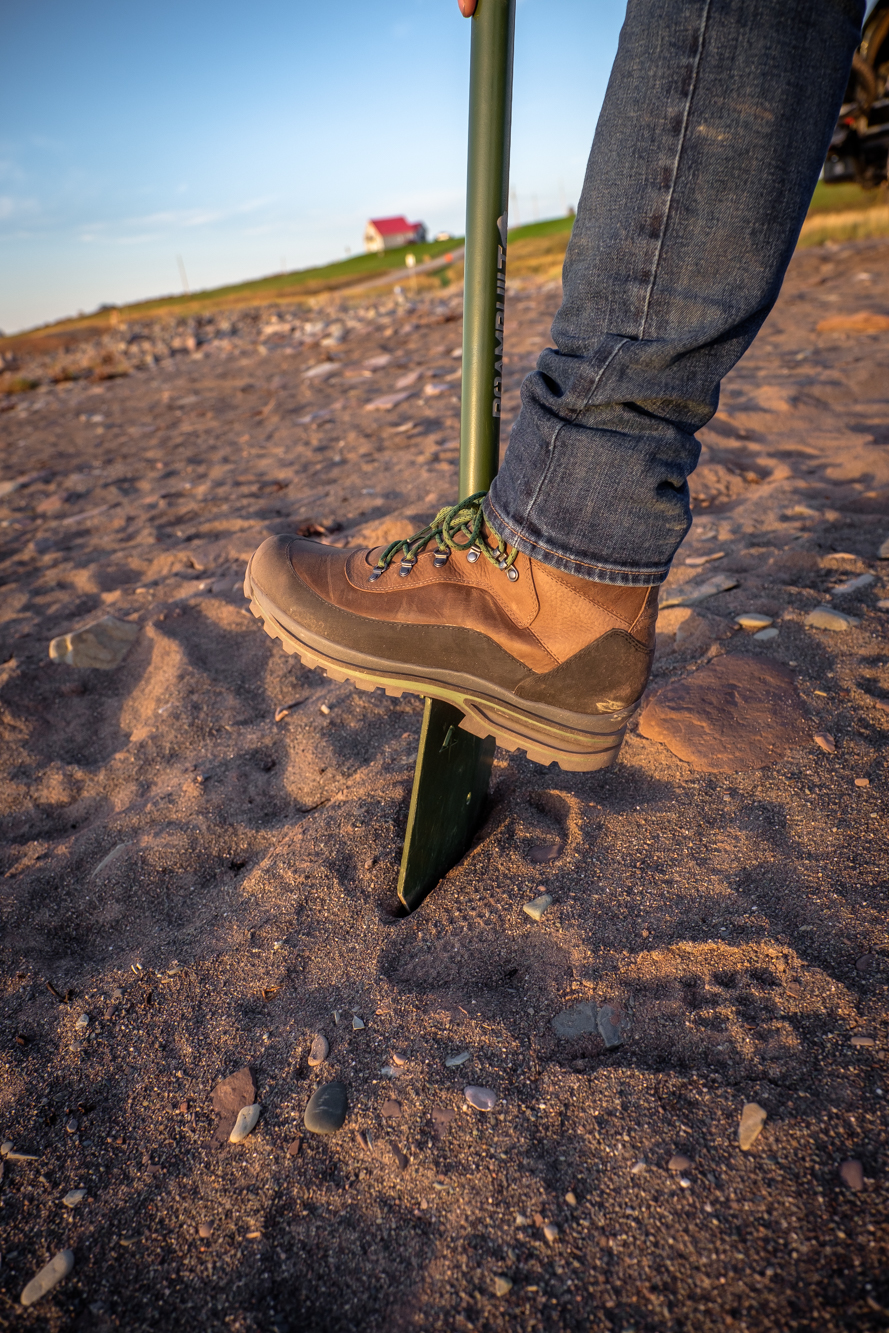 The size is also ideal for most overland tasks: small enough to maneuver beneath the chassis for clearing mud, sand, or snow from a high-centered vehicle; but large enough to put your back into big jobs when needed. I do wish the blade angle was greater for easier scooping though, as the current angle makes it difficult to pull large quantities of sediment out from the side of the vehicle.

Other design elements redeem that though, like the T-grip made from solid 6061 aluminum which allows it to be used as a hammer, and cutting a bottle opener into the blade for cracking open a cold drink when the work is done. The only feature I could live without is the shovel’s serrated edge, which is too dull to really be useable, and too small to be practical for anything but an emergency anyway. 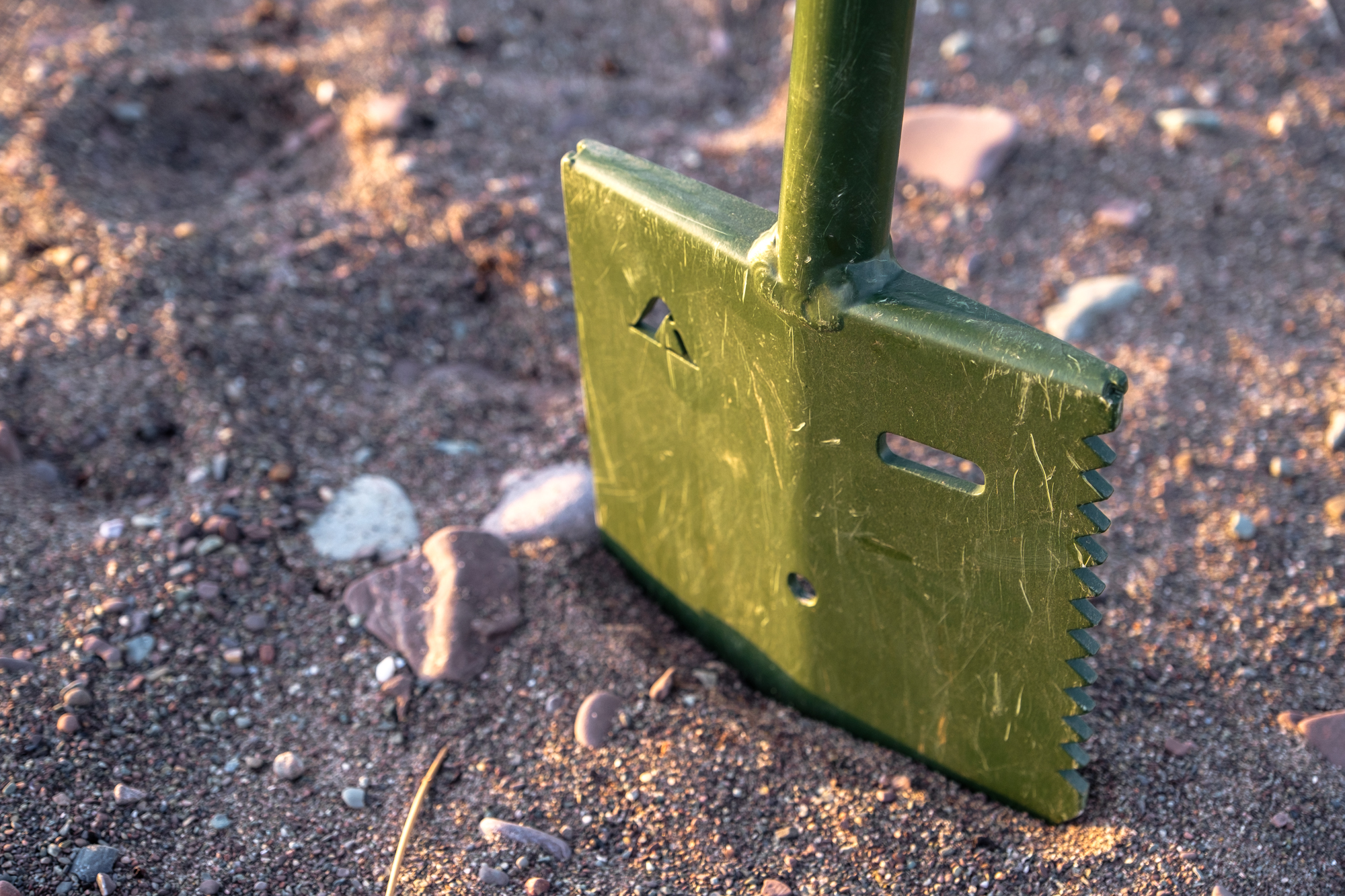 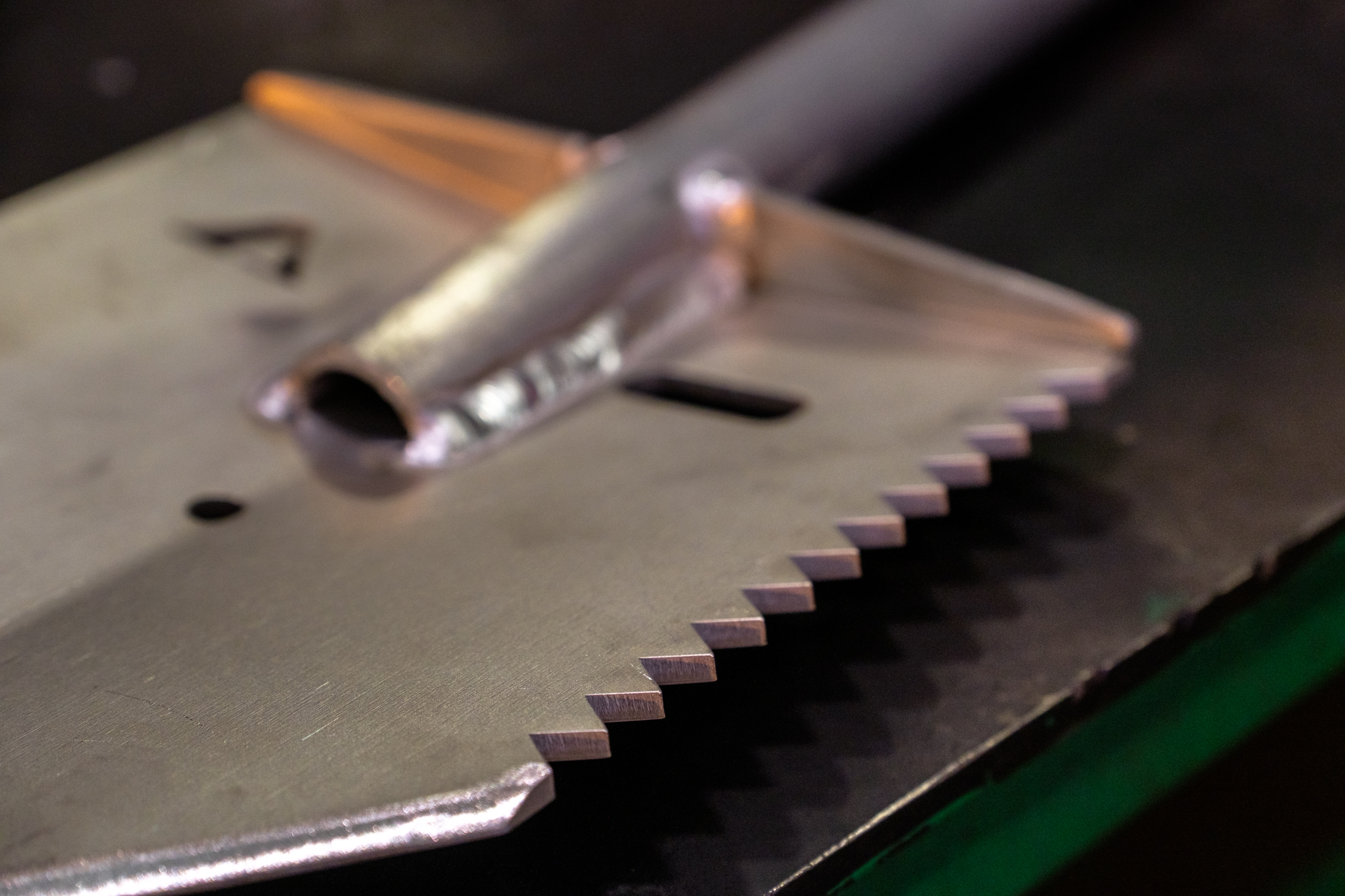 At $75, the V-Nose isn’t the cheapest shovel on the market, but it’s also FAR from the most expensive. It’s well-built, light, looks great, and has performed flawlessly in every challenge I’ve put to it. If you’re looking for a solid shovel that just works, then RoamBuilt’s V-nose is worth a look. 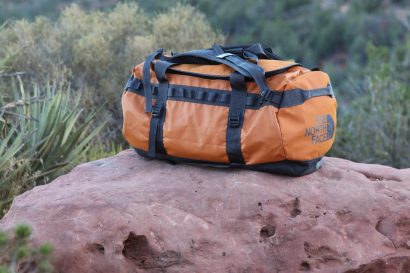 Field Tested (for more than a decade): TNF Base Camp Duffel 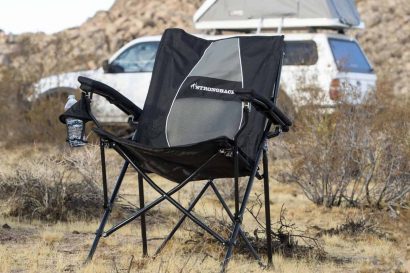 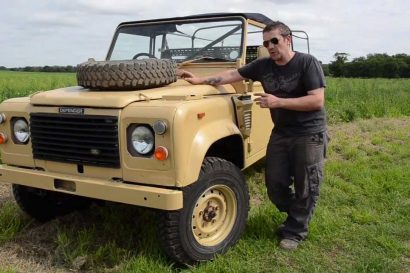