When Patriot Camper’s Justin Montesalvo set out to build his latest overlander, it wasn’t just an exercise in excess, it was an unabashed attempt to create the most formidable 4×4 touring platform imaginable. Judging by the results, it took a lot more than just imagination. Packed with more technical features than any custom build we’ve ever seen, it takes considerable effort just to drink it all in.

You could be forgiven for not knowing about Australia’s premier trailer manufacturer. Their rise to the top has been swift with the brand’s first trailer only completed in 2013. Since then they’ve not only grown in scale and depth of product, they’ve continually racked up one award after another. On the heels of winning Camper and Trailer magazine’s 2015 Trailer of the Year Award, Justin’s team set out to build a custom tow vehicle. That projected culminated in a purpose-built Toyota Land Cruiser 200 they dubbed the Super Tourer. 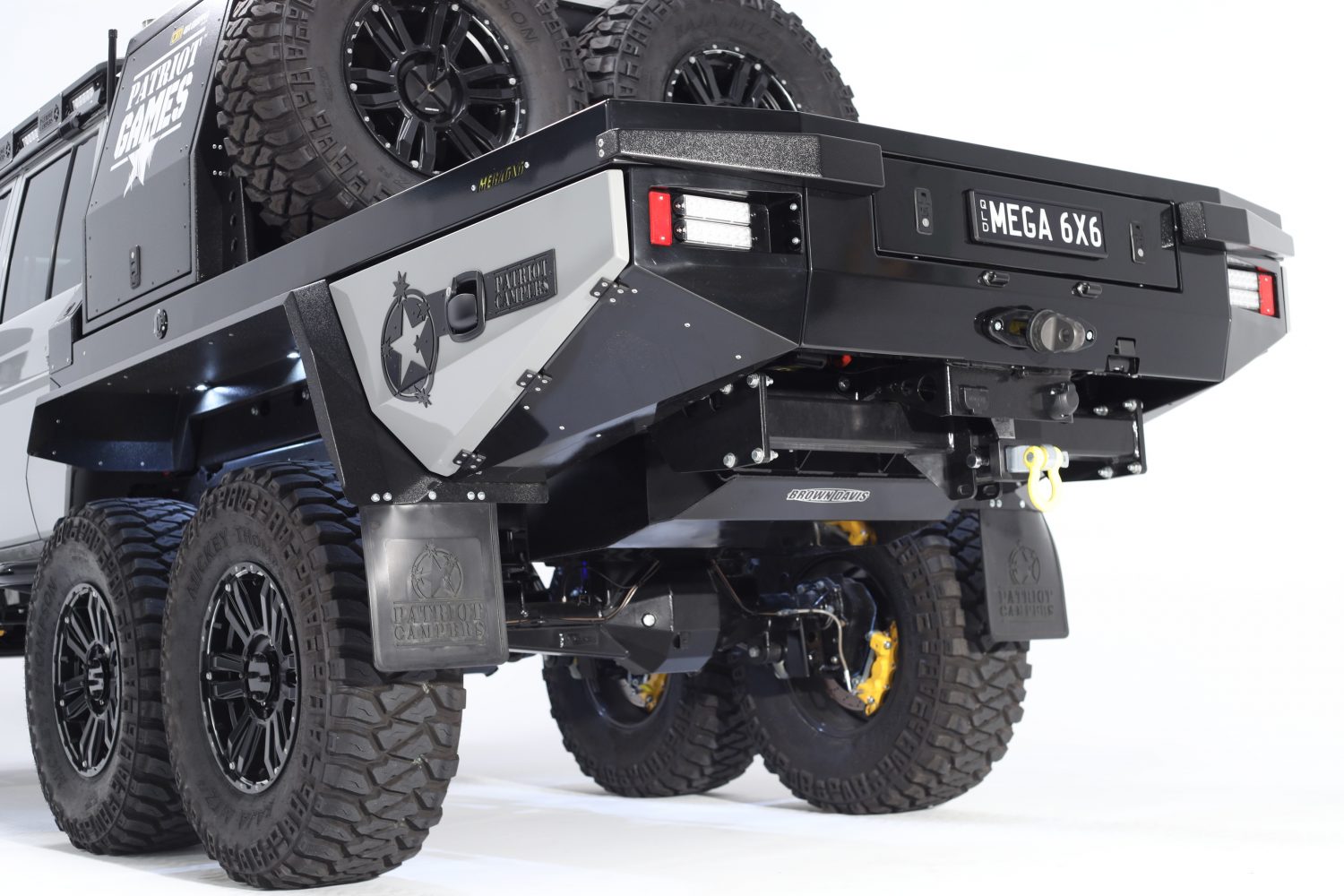 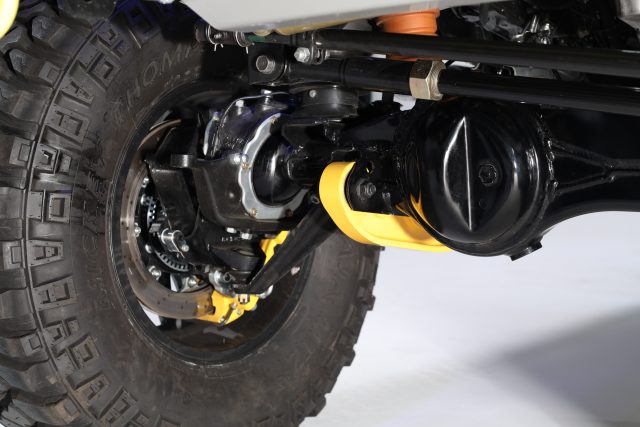 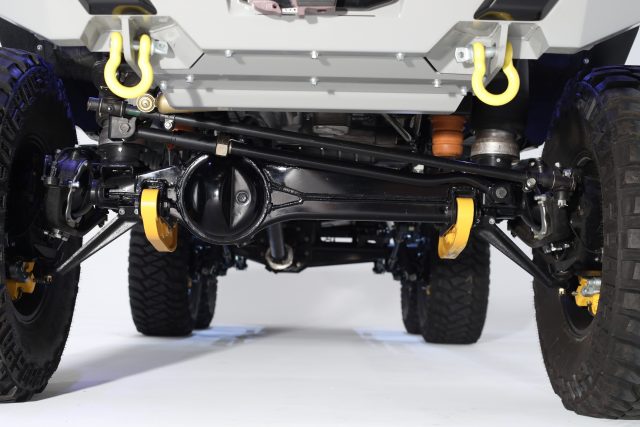 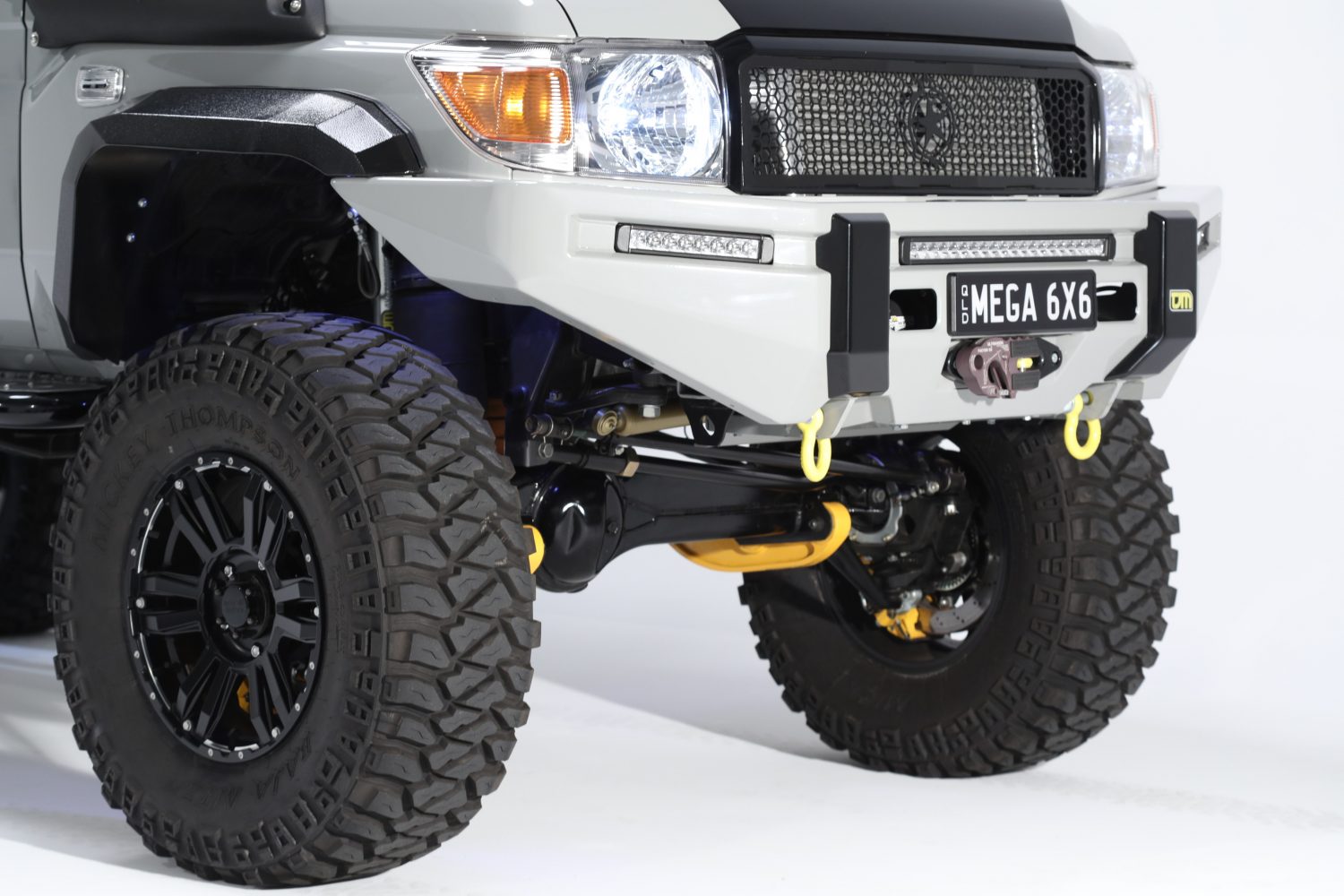 In the world of superlatives, super is always followed by Mega and Justin’s team knew just how to assemble a truck worthy of the moniker. They not only started with a 79 Series Toyota Land Cruiser, they added another set of drive wheels. They even fitted those wheels with portal axles with the whole thing riding on an Airbag Man air suspension. The 8 inches of lift, 37-inch tires, and 6 x 6 tractability mean there’s not much to stymie the Megatourer’s forward progress.

The significant chassis modifications were performed in partnership with Jmacx Offroad and produced an extended frame system which only added 775 pounds. Each of the six wheels rolls on portals from Mark’s 4WD of Melbourne with stopping power provided by six-pot calipers on 360-millimeter discs. 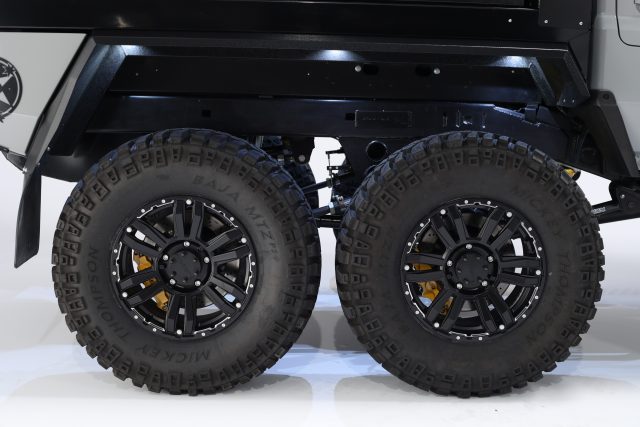 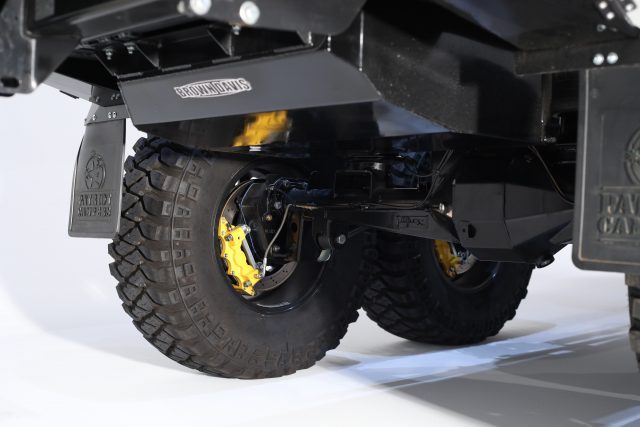 With no corner of the vehicle left untouched, the Megatourer is replete with refinements designed for the most remote haunts of the Australian Outback. The tray back holds two full-size spares with an all-aluminum enclosed compartment shielding a 60-liter refrigerator from the elements. Power to that appliance is supplied by a comprehensive solar system linked to lithium and AGM backup battery systems.

The business end is fitted with a TJM bumper, winch, auxiliary lights, and tow points appropriate for a truck with this much mass. The aft end of the Megatourer includes lateral storage boxes in the hind flanks as well as an elongated sliding tray beneath the flatbed. A rear winch rounds out the recovery options. A 70-liter water tank helps extend the useful range. 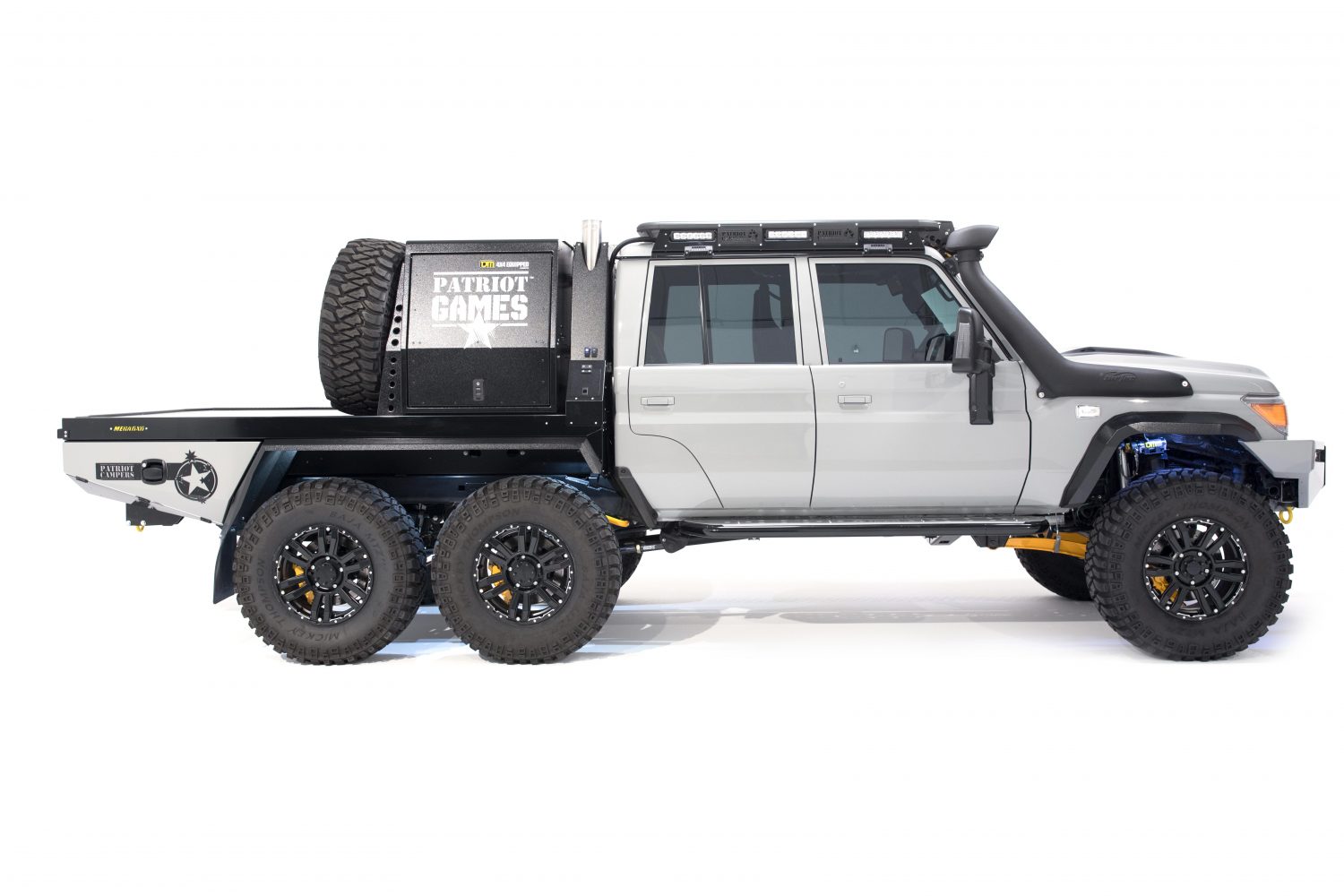 Austrialia is big country and even short trips cover big miles. The interior of the vehicle is wrapped in black leather and well appointed with color navigation screens and a sound system powered by an 8-inch Alpine control unit. Justin’s team didn’t miss a trick. For a more detailed breakdown check out the build video.

This will be a tough act to follow. There’s no telling what Justin will think of next. Is there an Uber-tourer on the horizon? www.patriotcampers.com.au 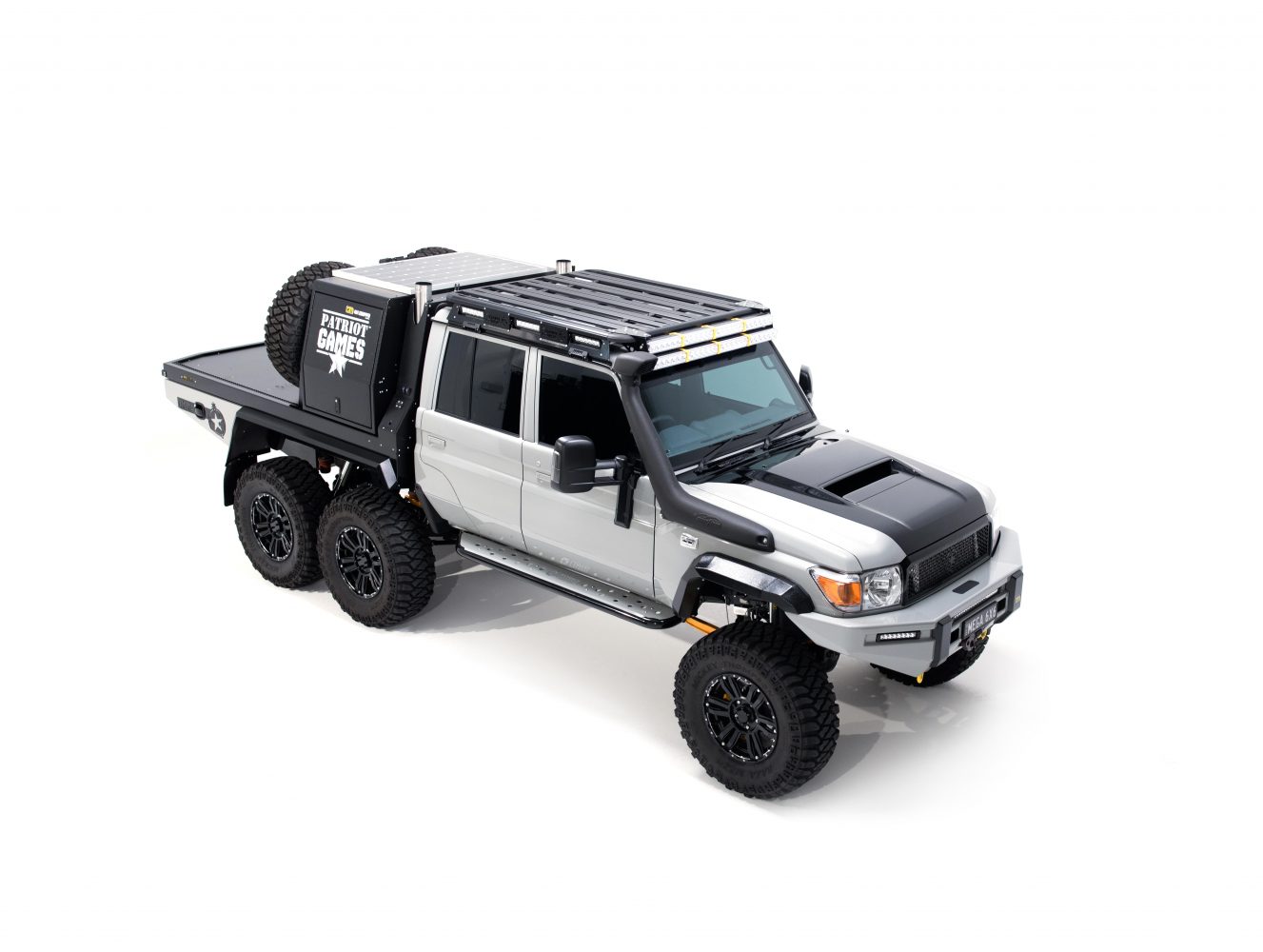 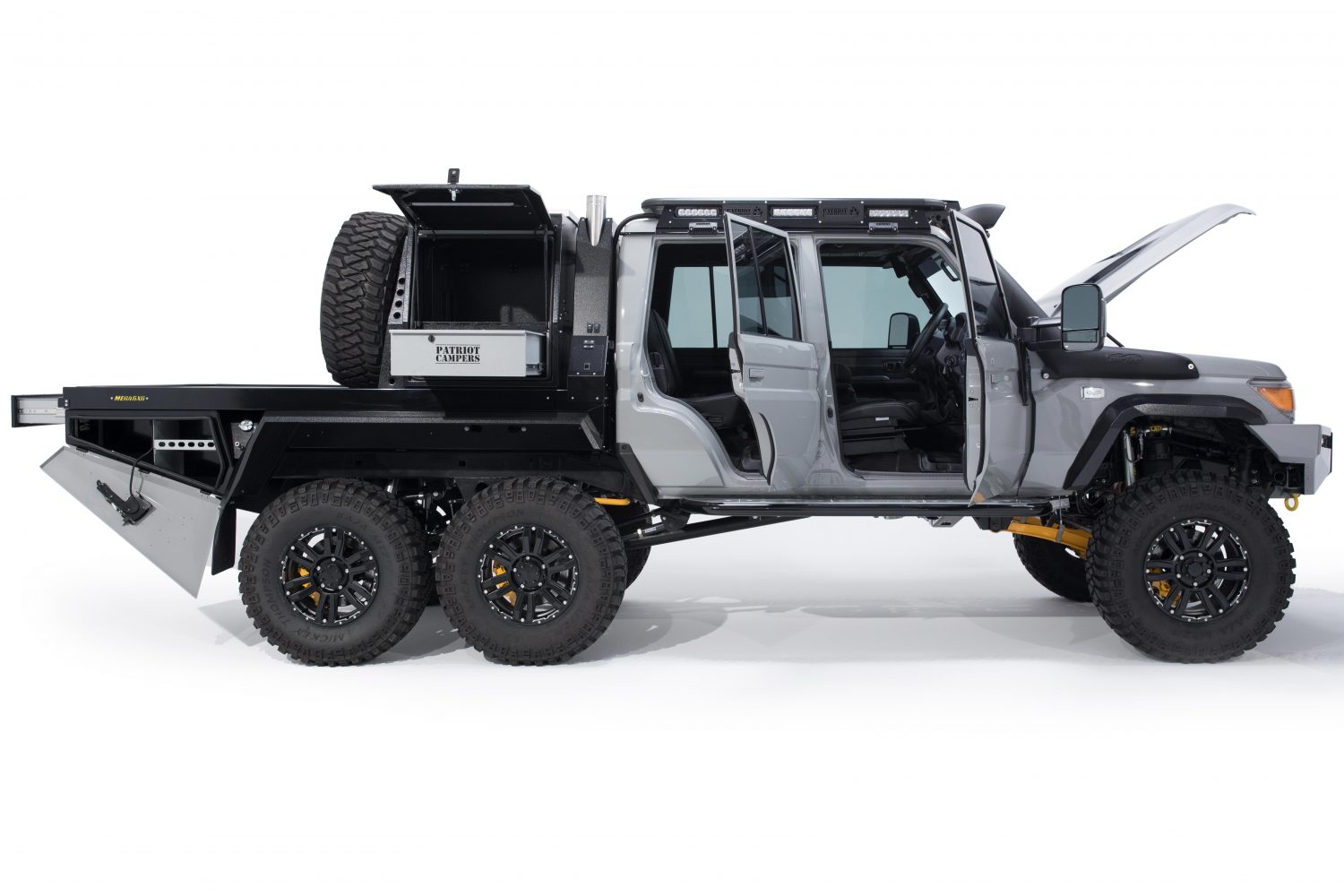 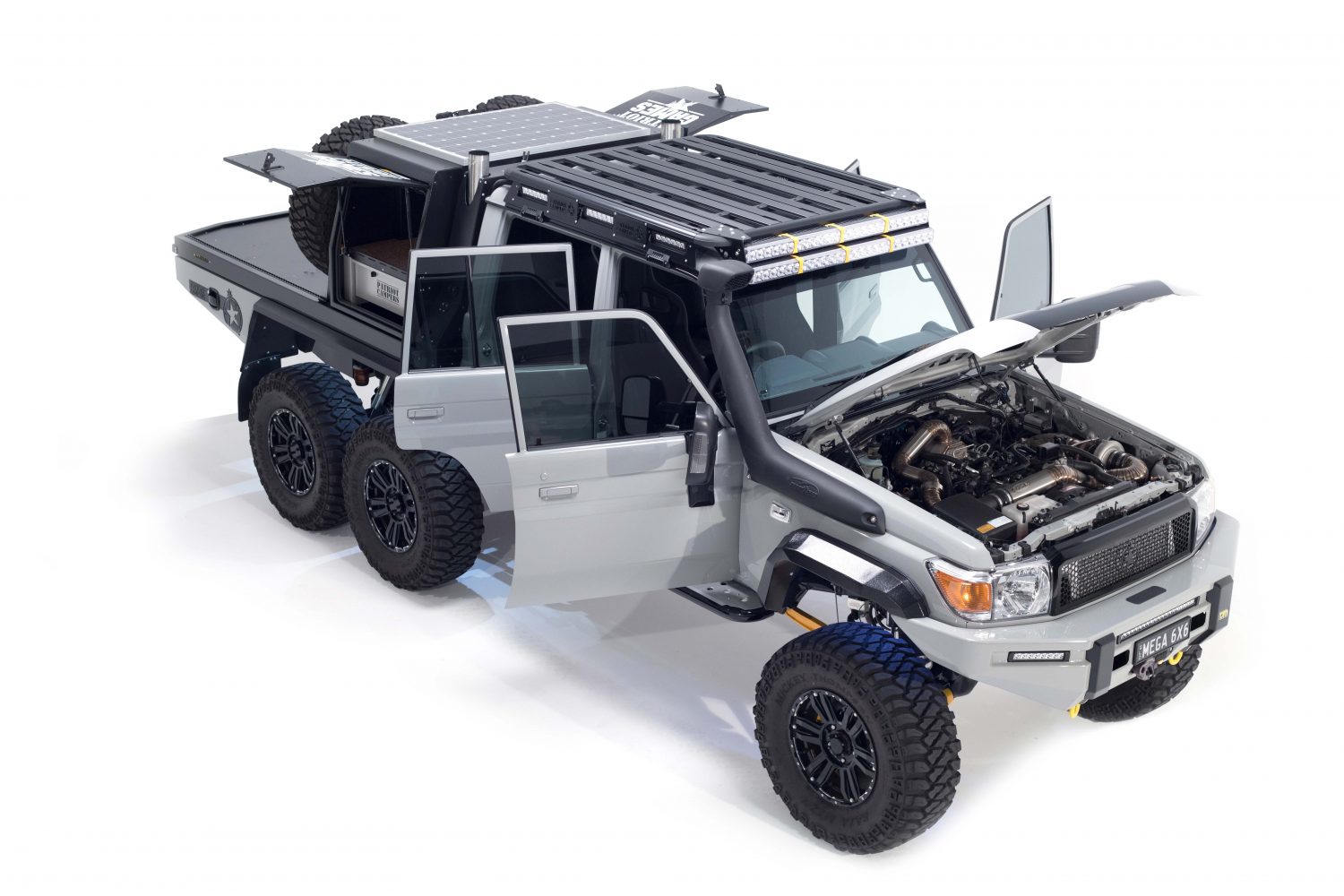 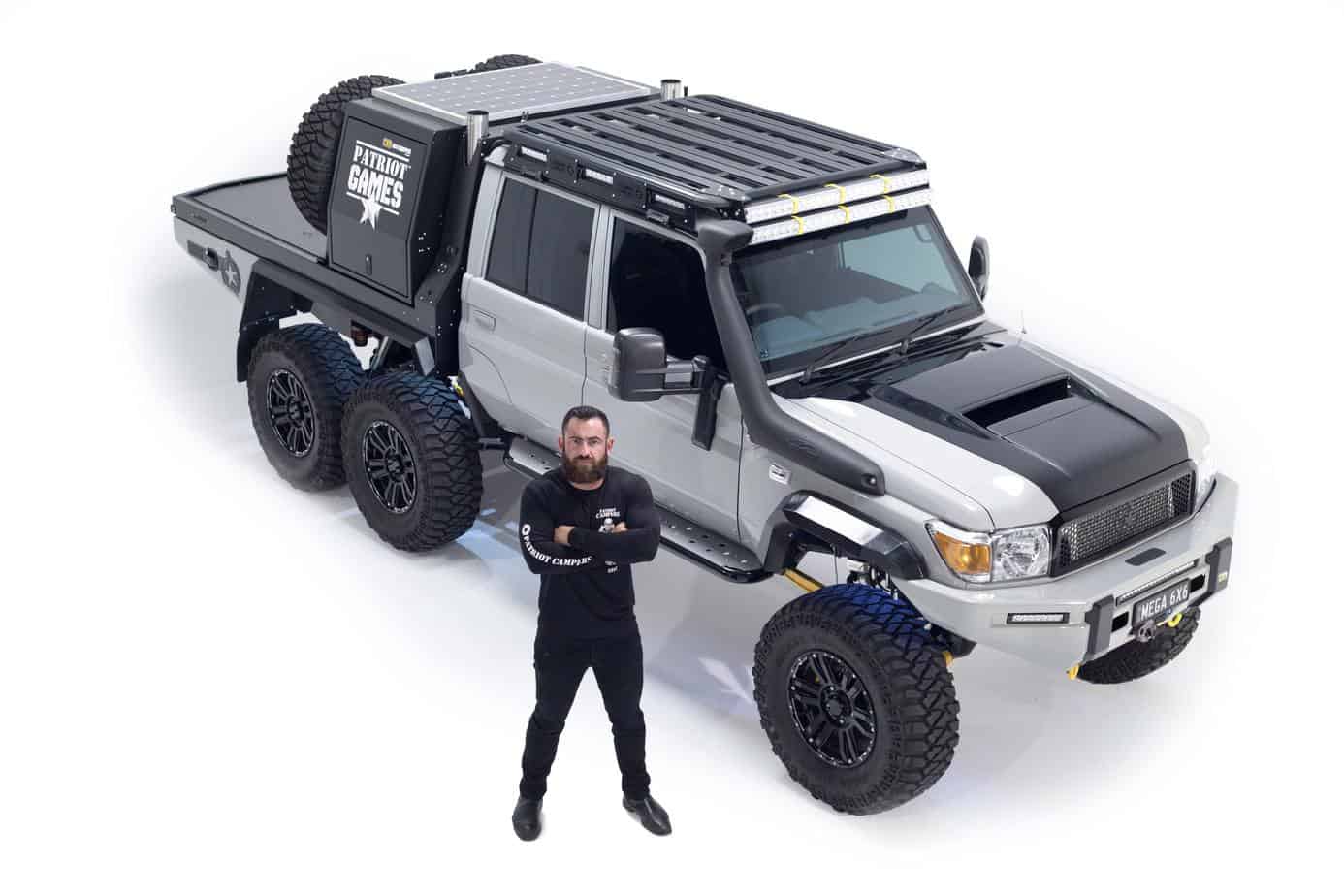 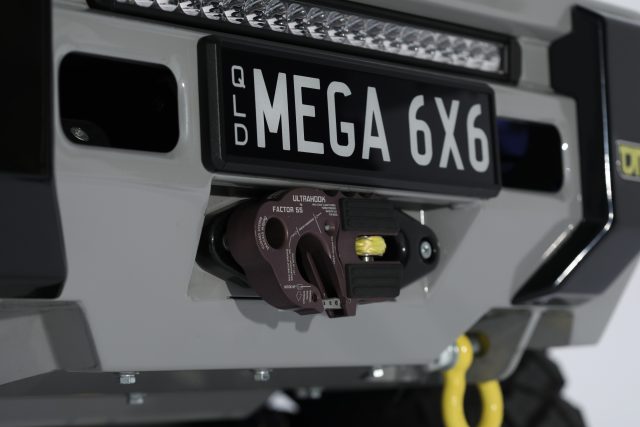 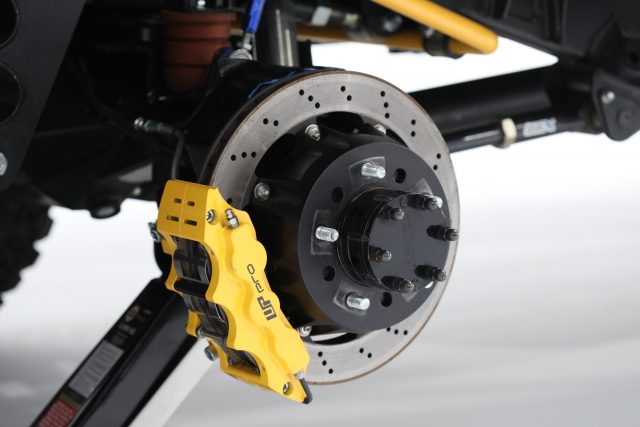 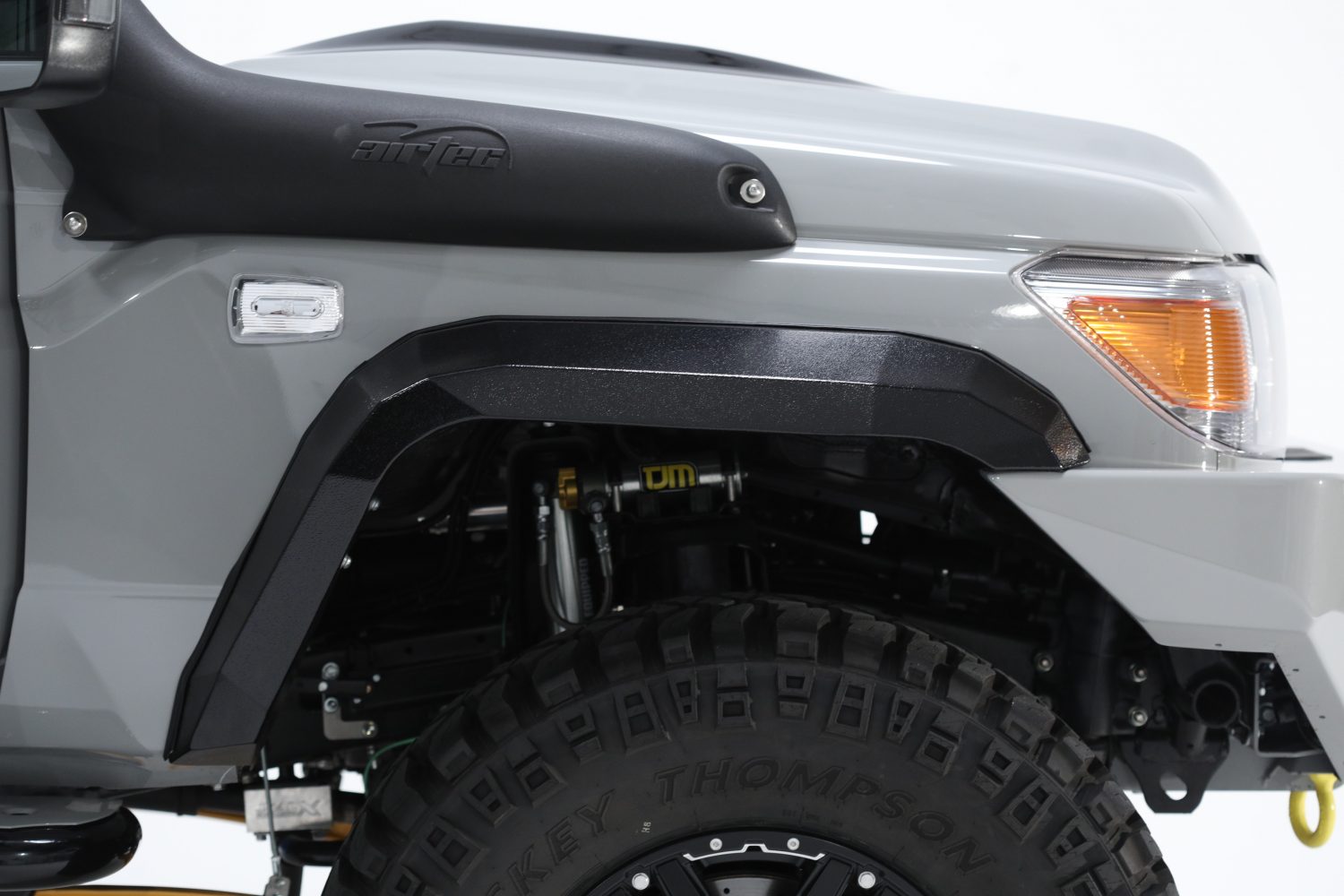 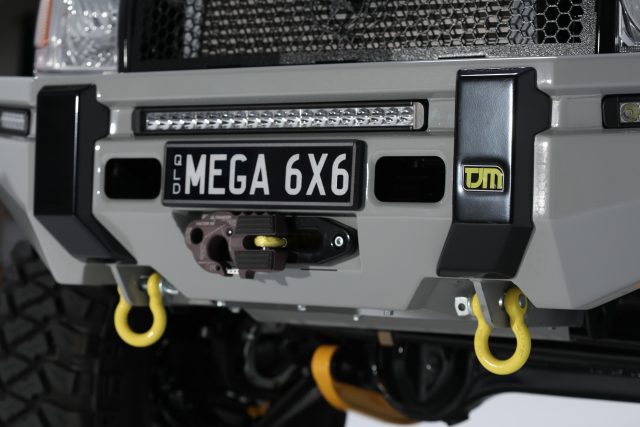 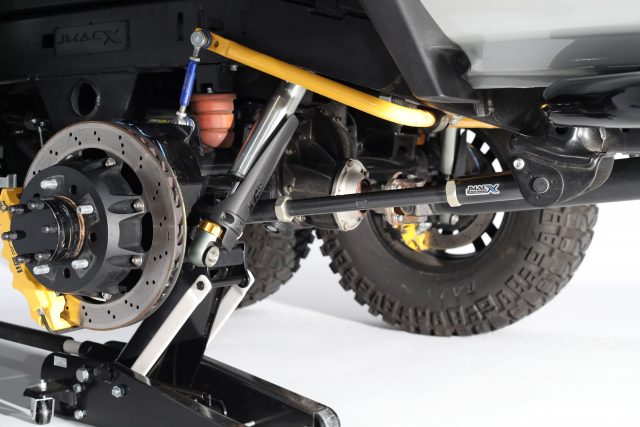 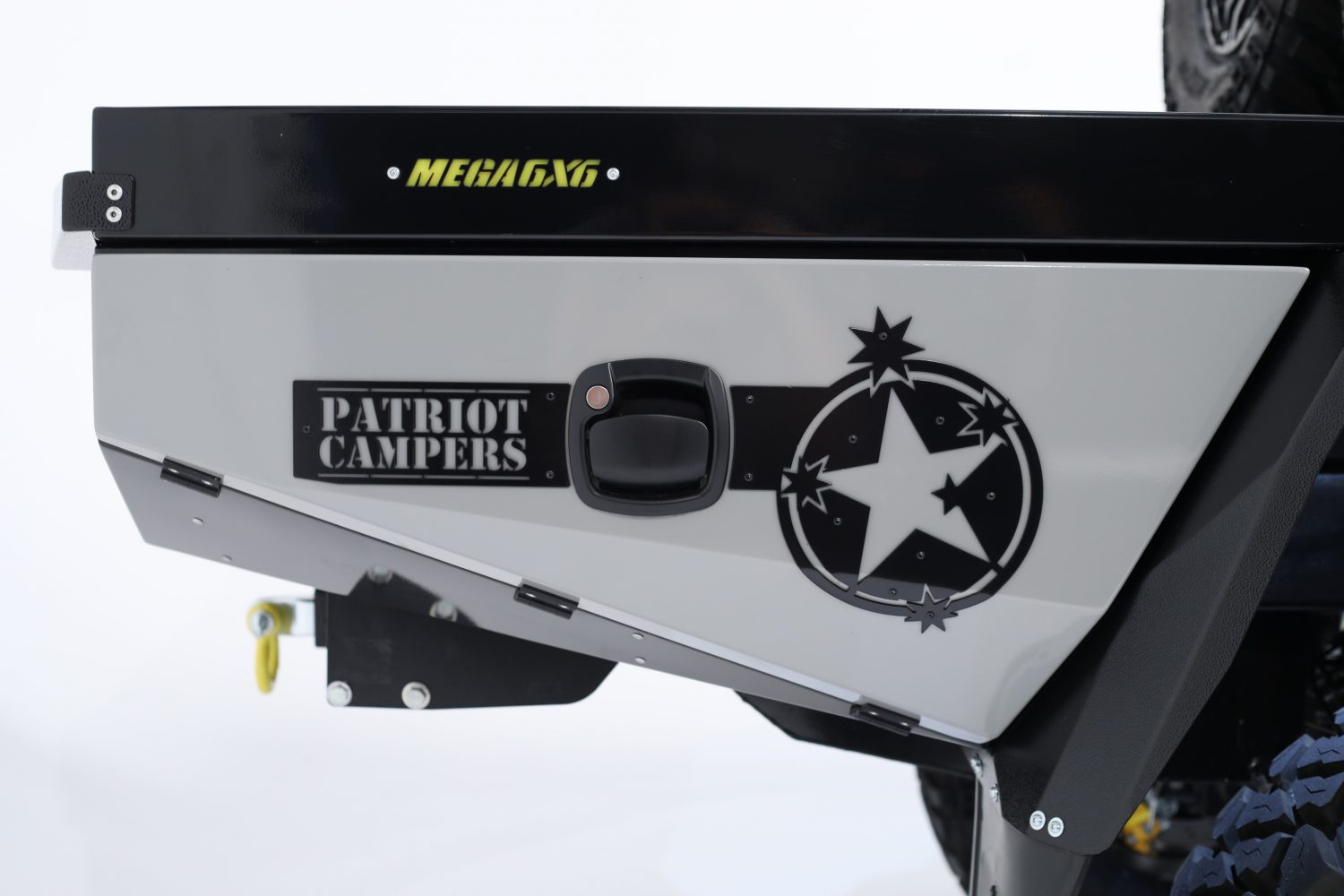 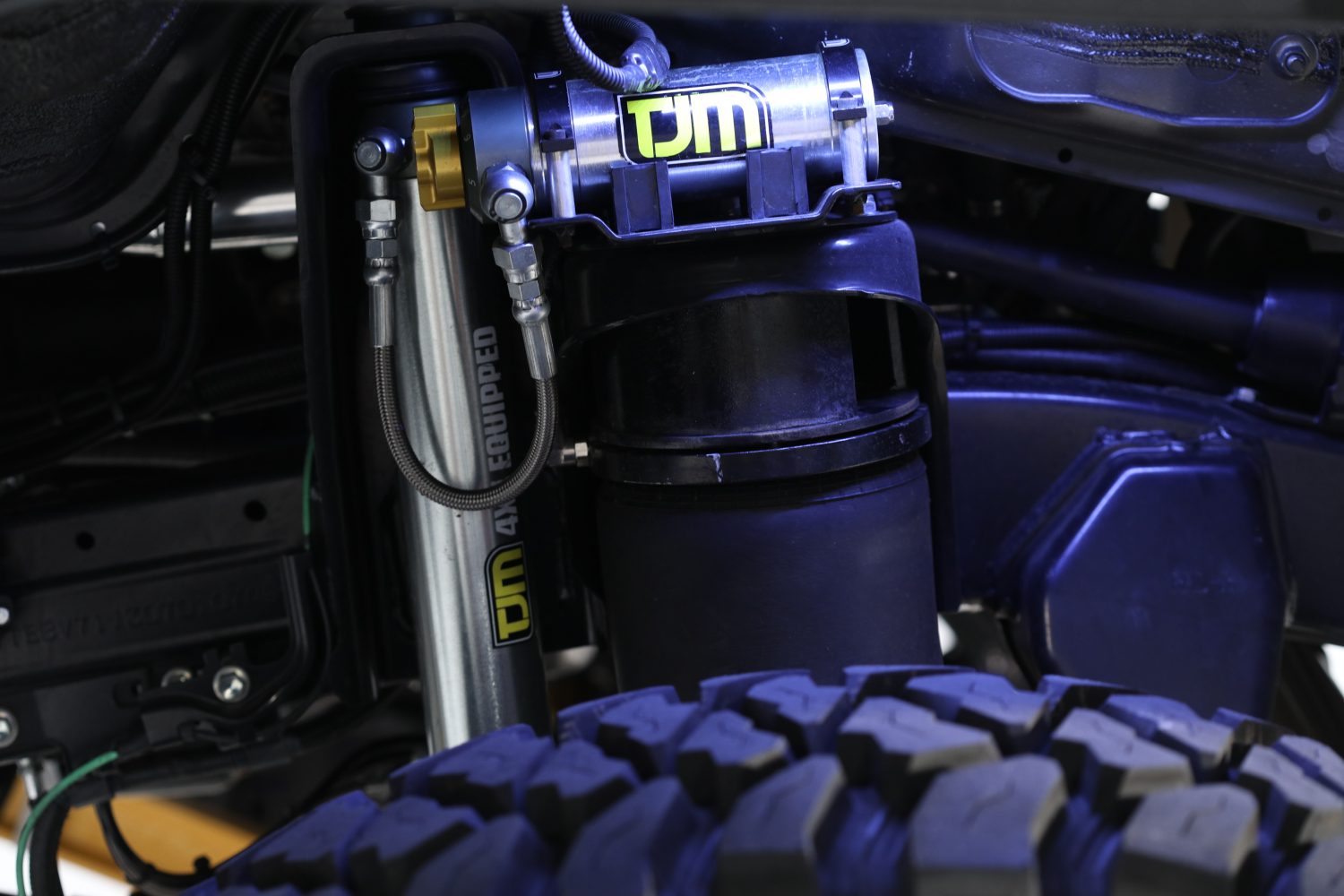 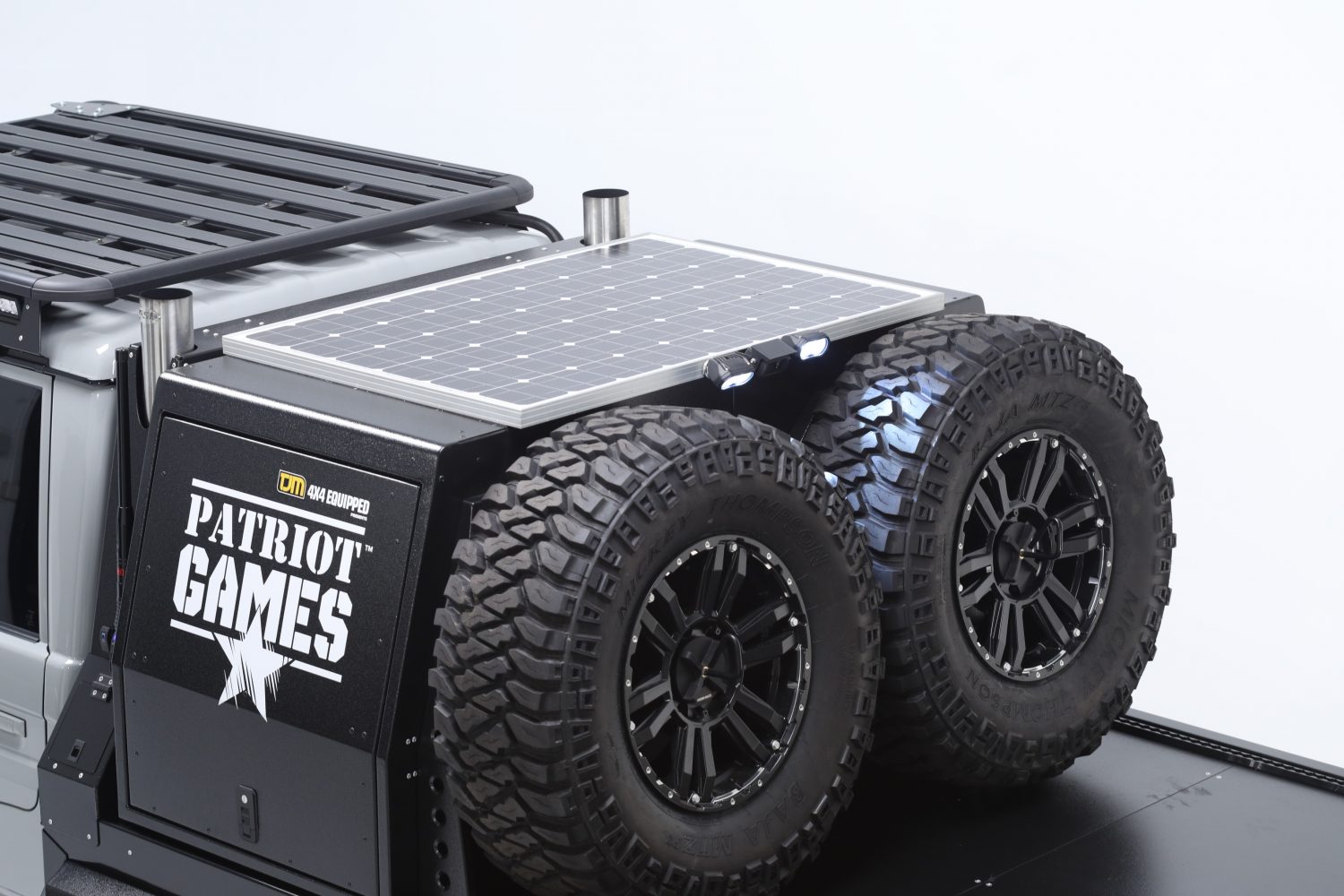 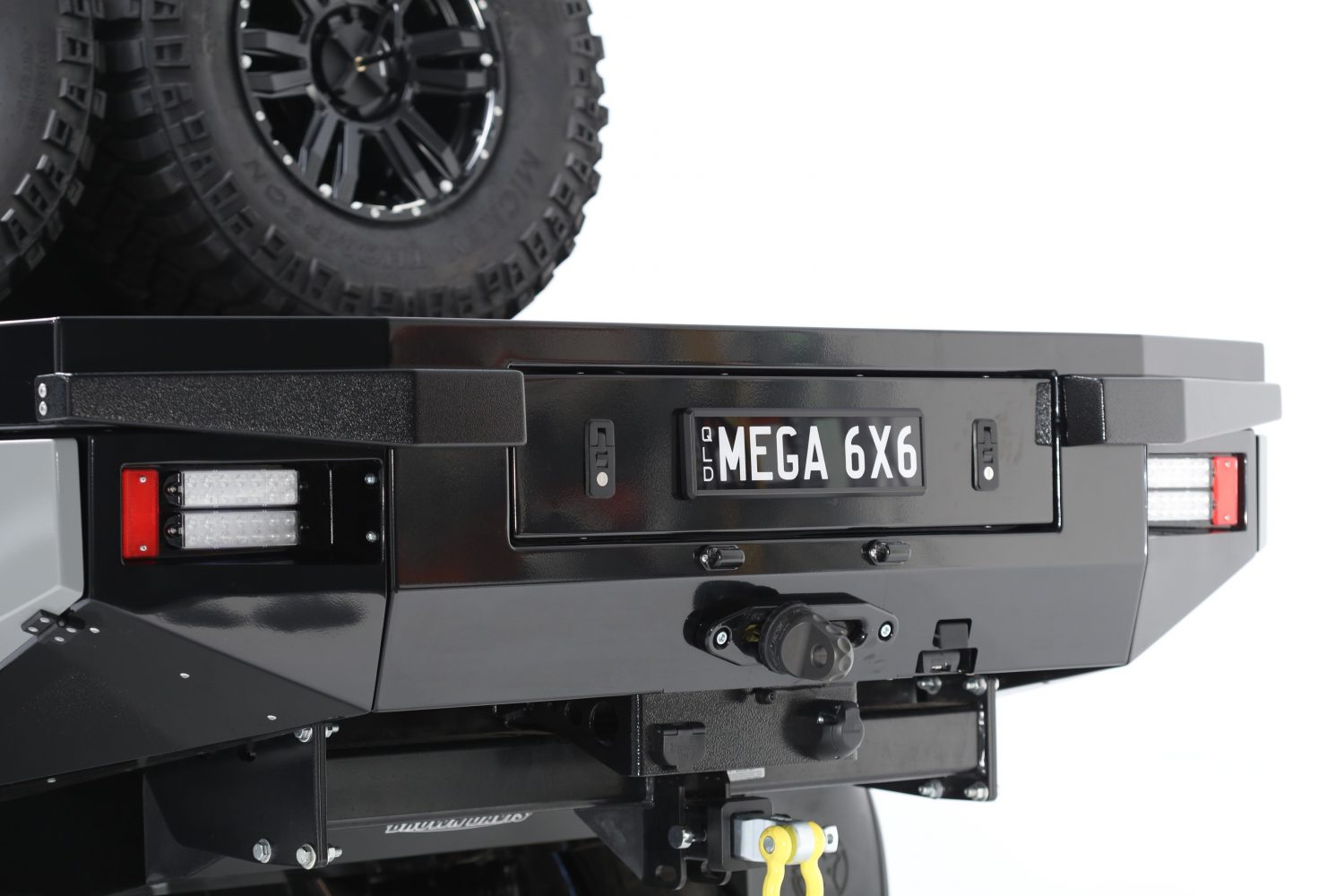 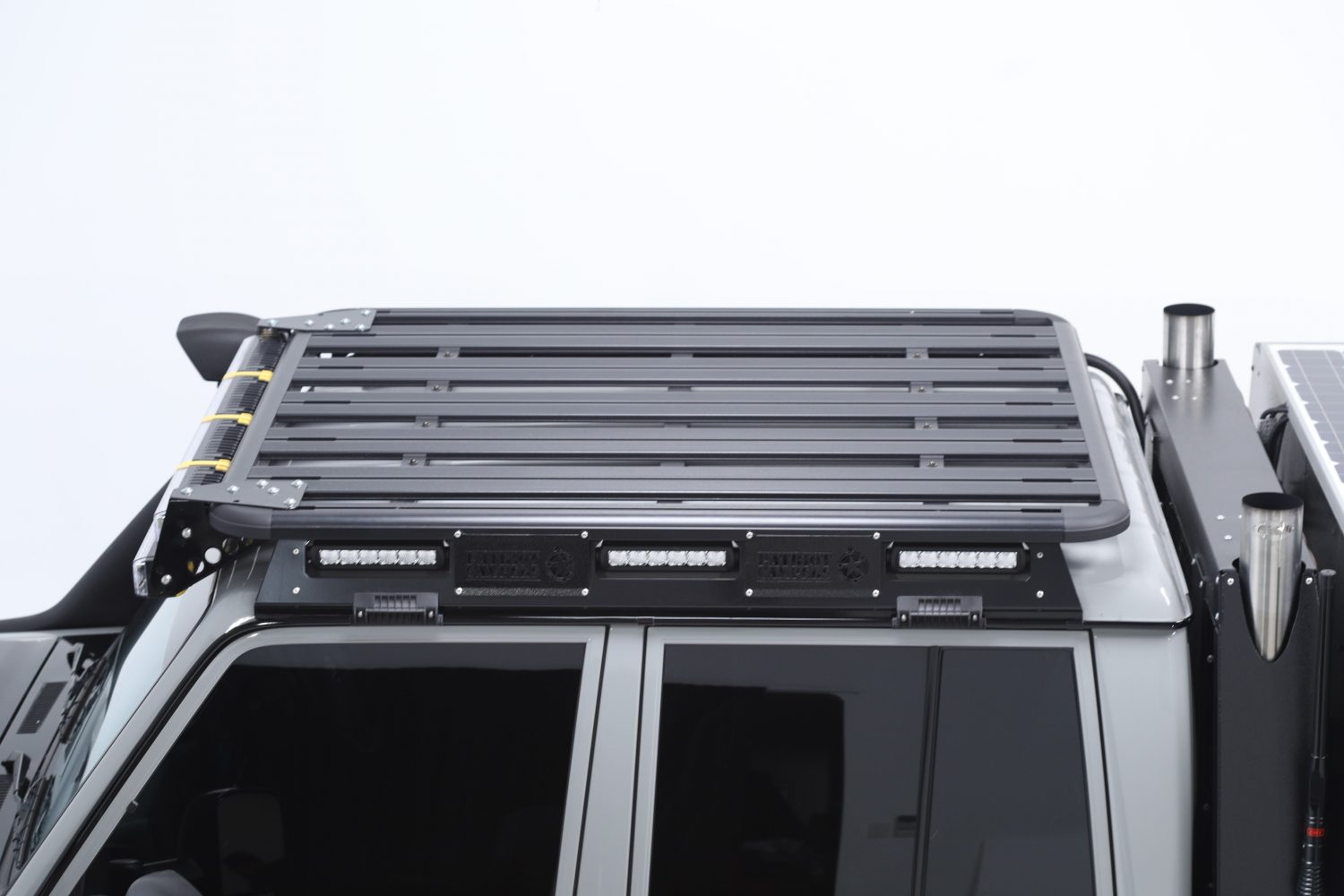 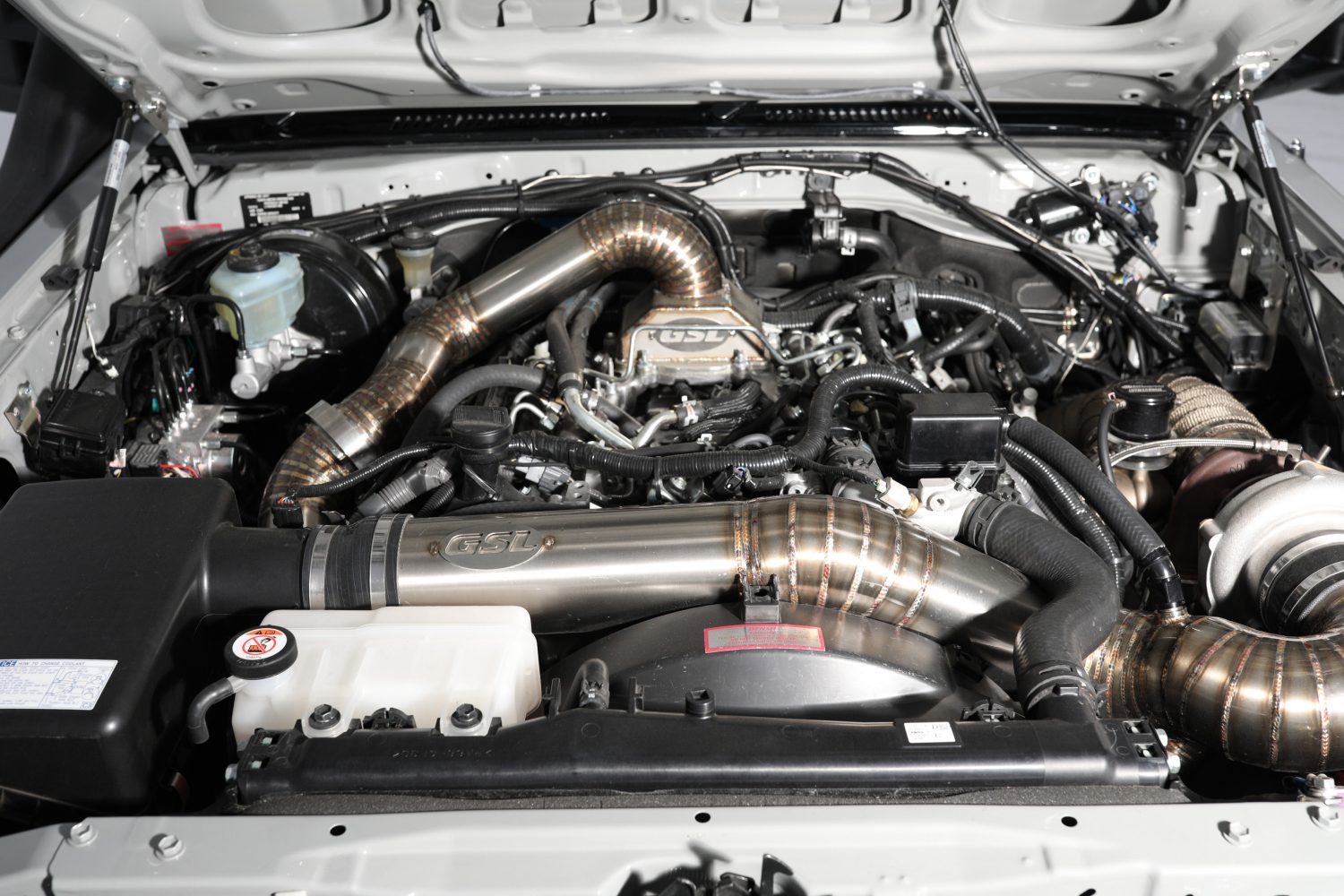 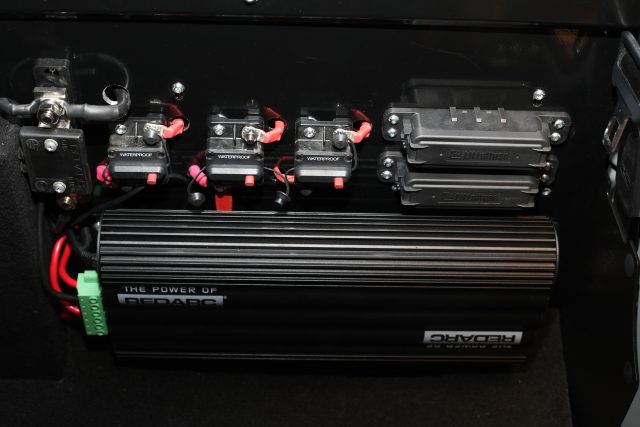 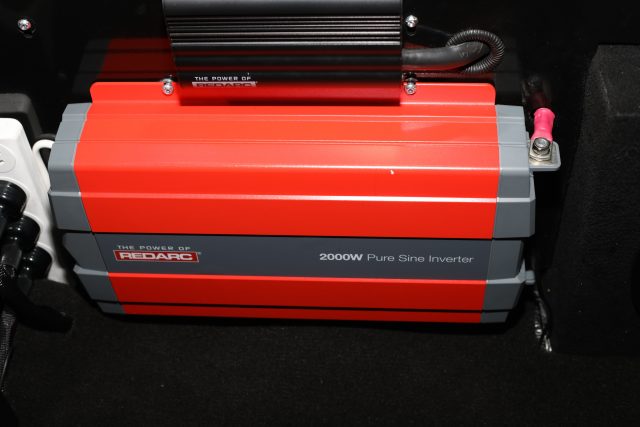 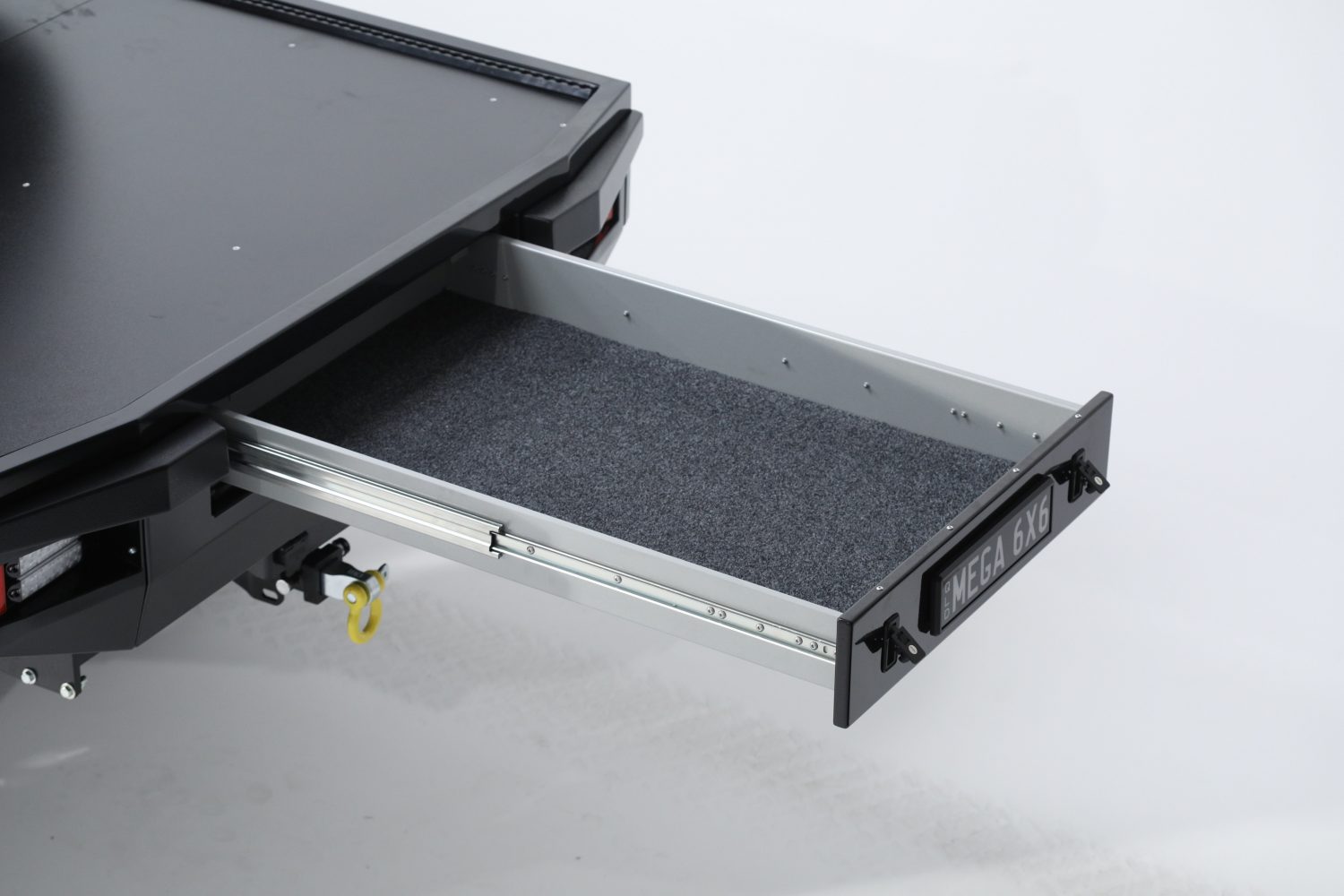 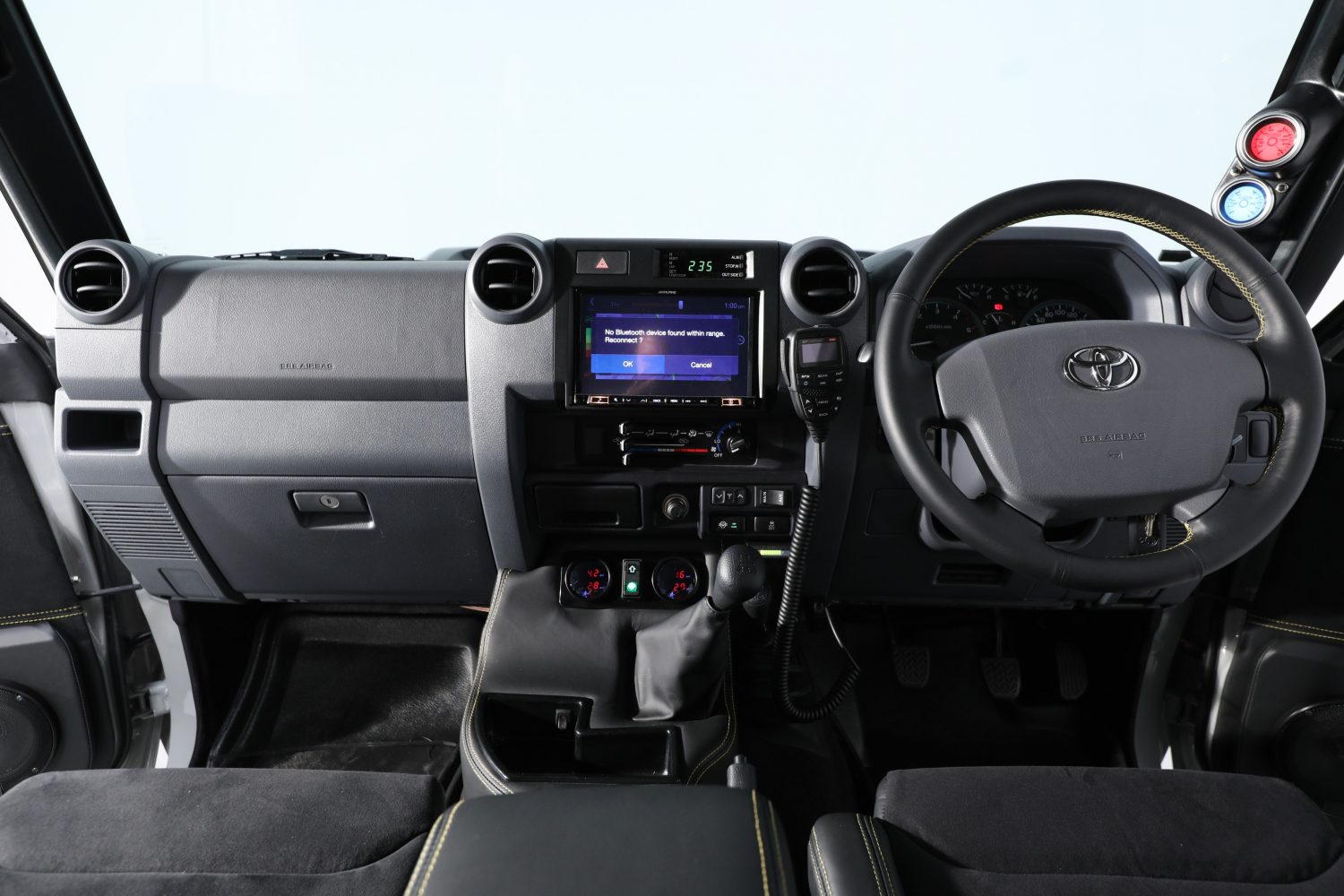 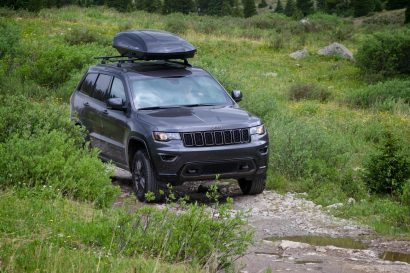 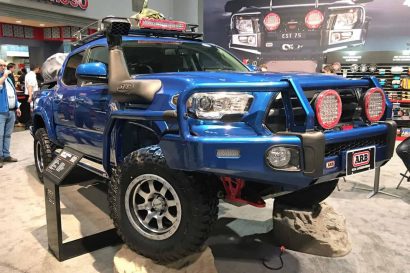 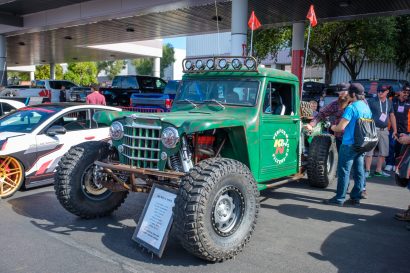